The world’s greatest fighting game evolves to a whole new level with Ultra Street Fighter IV.
$29.99
Visit the Store Page
Most popular community and official content for the past week.  (?)
Is there anybody online as in Anybody playing
By the way this is my first time playing this game
12

The USF4 Guidebook
This guide goes over everything you need to know to get started with Ultra Street Fighter 4. A go-to tutorial for beginners and intermediates that is as concise and easily digestible as possible.
311 ratings

MetalMusicMan
View all guides
Friends Friends Friends
Need friends. Want to bulk add. There is no reason why there are zero people on ranked and endless. I am always here. 1am 6am 12pm 8pm 11pm what is time anyways... Teams tourney's it don't matter. Shut up and lets playyyy already. I don't care about bp and pp you can be a D or a master with green bars or red.. Now lets fight!...
3 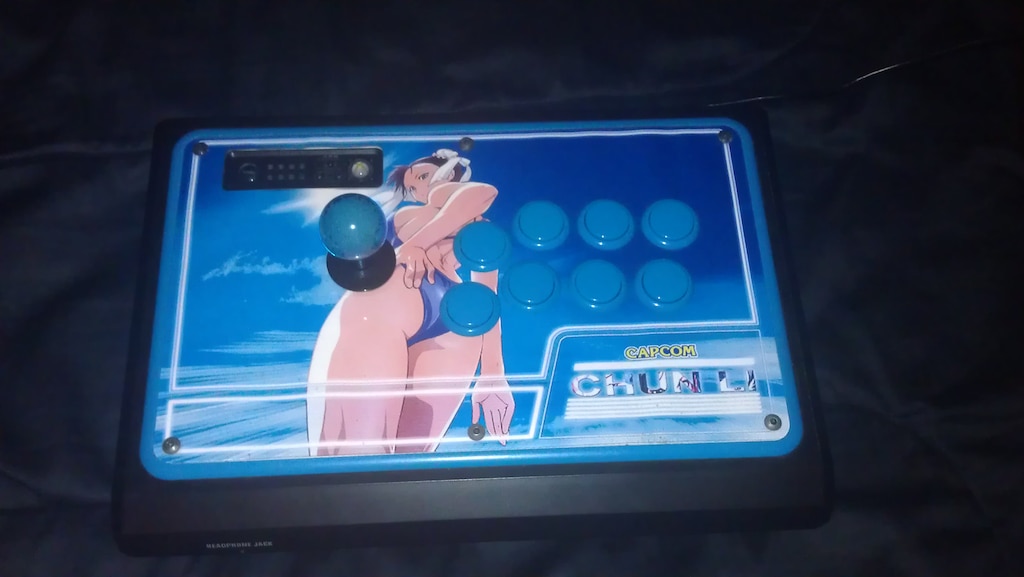 [USF4 Guide] An A⁴ guide to self improvement
This guide is for new to intermidiate players who might be struggling to improve their game. The guide covers the explanation of the fundemental skill set needed to excell in fighting games as well as practical tools to improve said skill set. The goal is ...
249 ratings

OneAgility
View all guides
Game puprosely sabatoged
I mean SF5 is out im sure 6 is soon. I wonder did they sabatoge the combos and play in this game or was it always crap?
3

Omnessence
May 16 @ 7:16am
General Discussions
Artwork 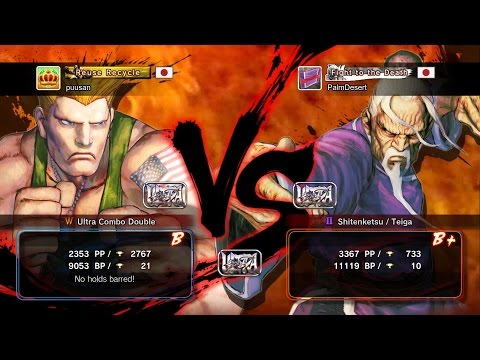 Custom Stages / Mods for USFIV
A simple guide on how to install custom mod stages and characters for USFIV and where to find them.
135 ratings

"I'm through playing around" - Juri Feng Shui Engine Guide | USF4
You've always wanted to use Juri's first Ultra Combo, but you didn't know how it works or how to use it effectively? This guide is for you!
119 ratings 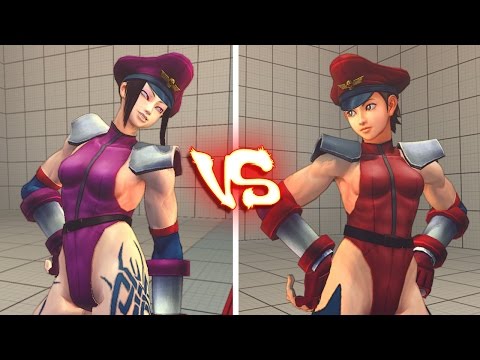 Recommended
6.1 hrs on record
Ever since the release of the first game, Street Fighter has been one of the most popular fighting games of all time and continues to break the record series.
In Ultra Street Fighter IV, the excellence of this series was continued with an expansion of no less than five new characters and six new battle environments.

Watch gameplay of all characters in action here: https://www.youtube.com/watch?v=Q7TWbAm71Oc

Ultra Street Fighter IV was created in part by collecting fan feedback on all 39 original characters and gameplay mechanics. This makes Ultra Street Fighter IV the most balanced Street Fighter game ever made! (And also one of the hardest)
The five new fighters are Rolento, Hugo, Poison, Elena and Decapre. The former is slightly less strong than in Street Fighter x Tekken, but it remains very fast and can therefore sell you a lot of blows within a few seconds.
Hugo mainly has the muscles, is very tall and is a powerful wrestler.
Poison, on the other hand, is a scantily clad, breasted lady with a whip. Long-range attacks and plenty of grabs make her strategic and fierce.
Elena is a silver-haired lady who maintains a culturally traditional fighting style and can pull flexible attacks from her legs.
She's quite fast, which is a nice change in Street Fighter.
The last fighter is Decapre, the one and only newcomer to play with. She's similar to Cammy in fighting, you can pull combos from your controller if you're skilled at it, and she has a special teleport move. Nice characters, but not ultra renew

The innovations are in the gameplay, where various features come into play. Capcom introduces the Red Focus Attack, which does just that little bit more than the Focus Attack.
Ultra Street Fighter IV also contains a Delay Standing, where you can make your character stay longer against hard attacks to pause successive attacks. That way you change tactics and the opponent also has to think for a while. After all, Street Fighter is not a very fast fighting game, so such features can change a game quite a bit.
Super Street Fighter IV already had the Ultra Combo, but the Double doubles the combo. You can now use two Ultra Combos in a row, which also makes the game more tactical.
A few things have also been adjusted online, so you have the Online Training that was already in Street Fighter x Tekken. You can train online to master your favorite fighter. Offline training is of course also possible and if you want, you can immediately accept Fight Requests and fight a game.
There's also the awesome Elimination Mode. This mode gives you one fighter and you have to face three enemies, the intent is to survive.

Ultra Street Fighter IV is a real update for fans of the series where you really have fun with.
The new features are excellent additions and offer the necessary hours of training to master the game.
The few new characters and locations are nice too, but for those who are just used to casual street fighter the game won't feel much different from the two previous versions of Street Fighter IV. 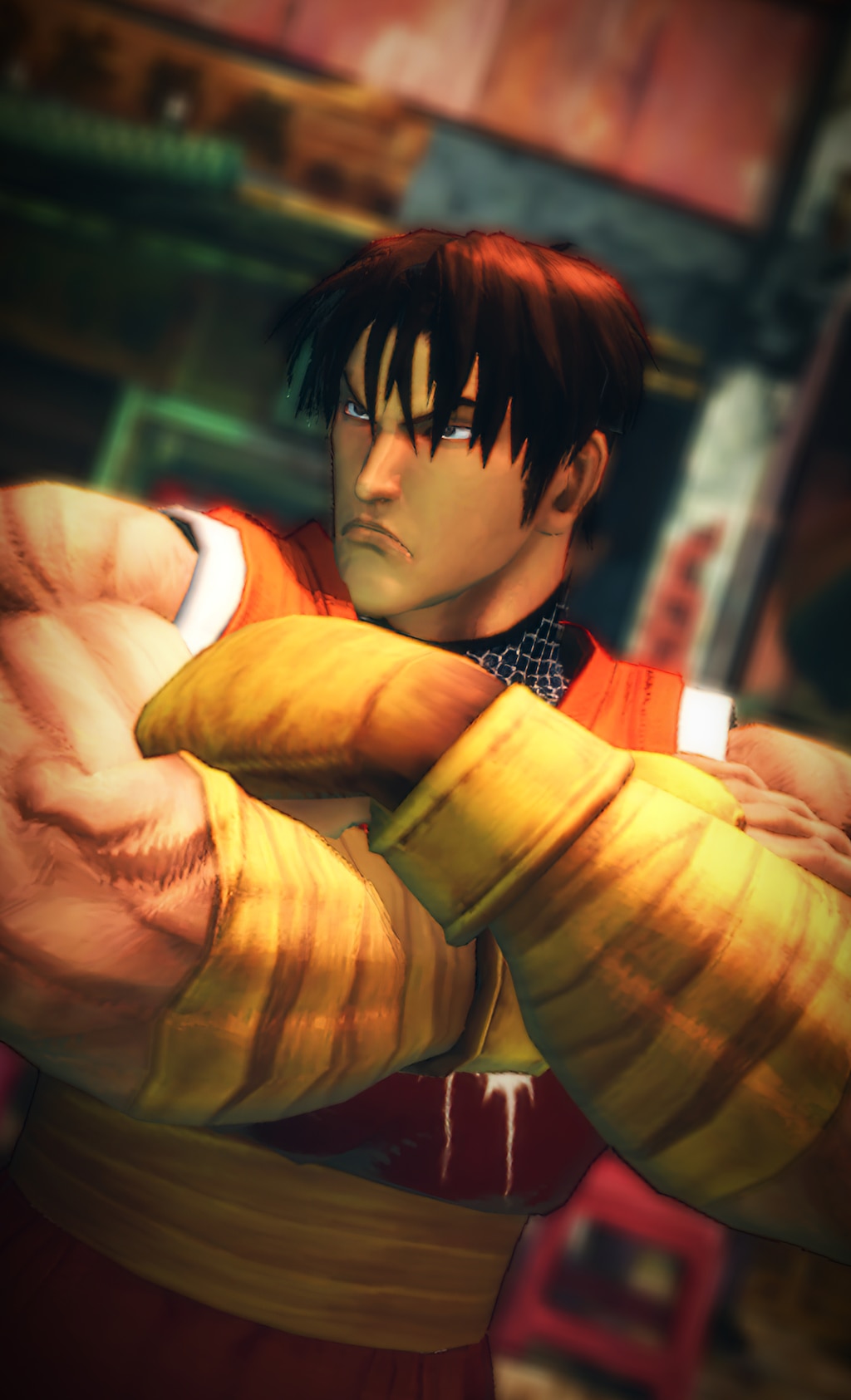 Offworld™
View screenshots
Combos and ultras are stupid in this game
Combos and ultras are stupid in this game i know capcome is claiming whatever but it shoould not be a anywhere as difficult as it is in this game to pull off even just the basic Down right down right lp mp hp instead of doing the ultra it goes to the super combo whih again the timing and everything else in this game isnt good its bad, they should fix the the timing in the whole time the game was out now of course they arnt but isnt amazing how game devs can nerf things but cant seem to ever fix th...
2

Omnessence
May 16 @ 7:17am
General Discussions
Artwork 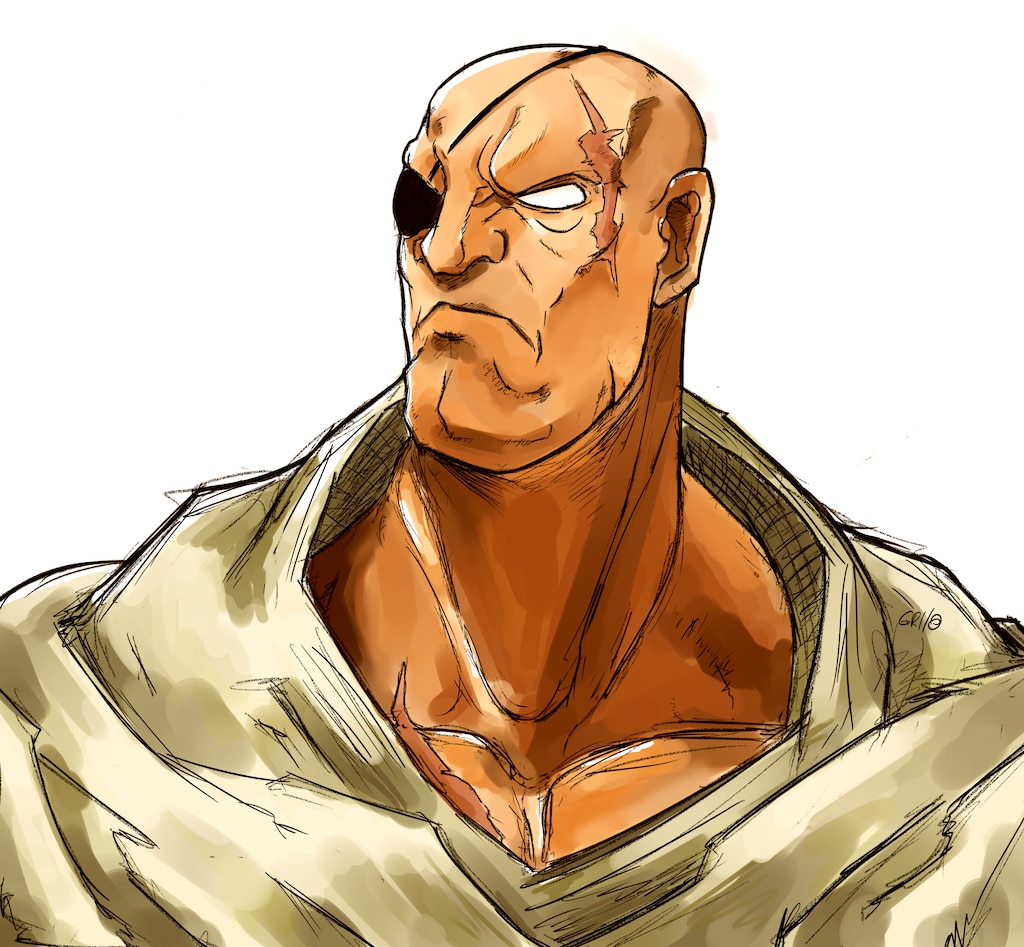 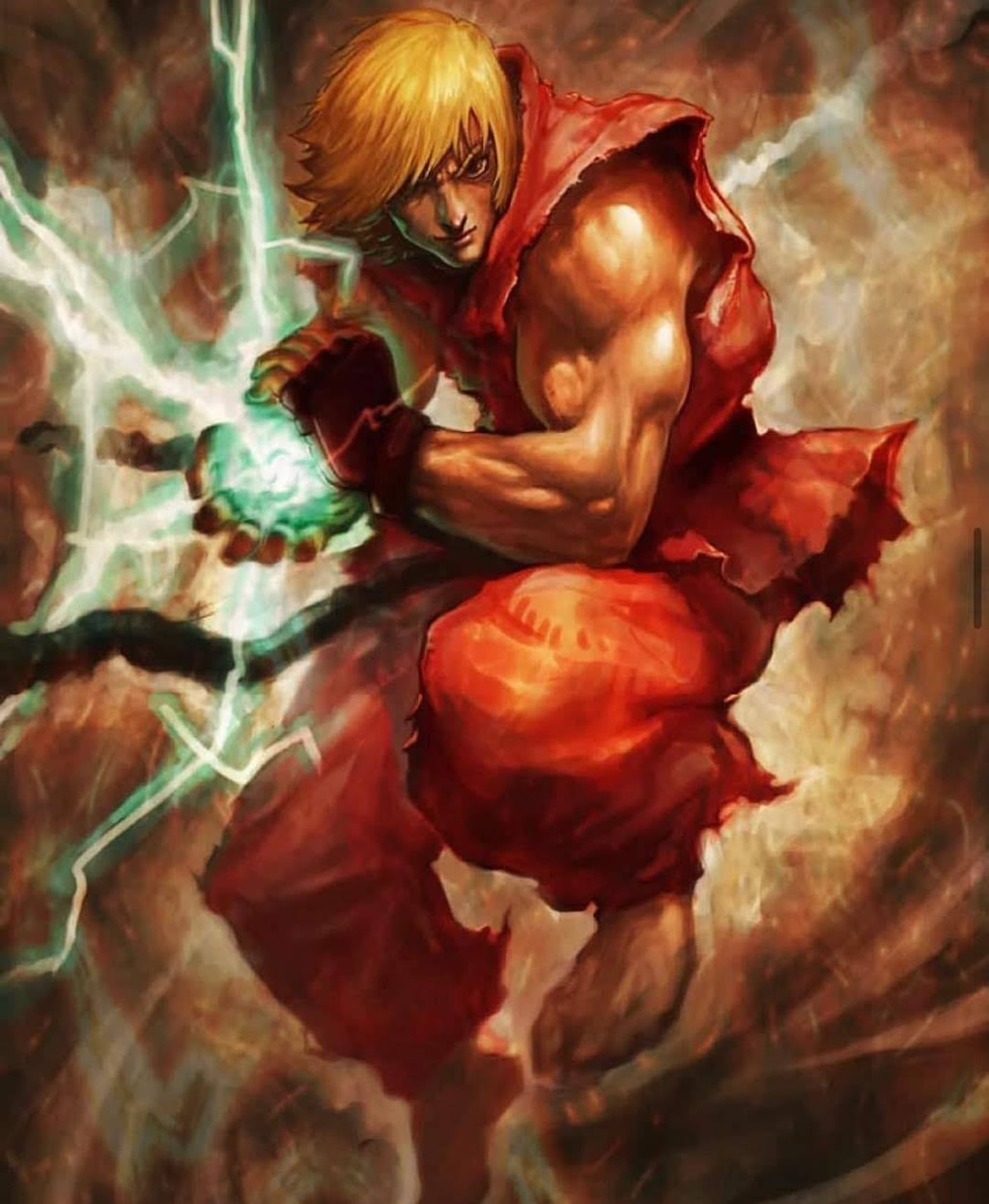 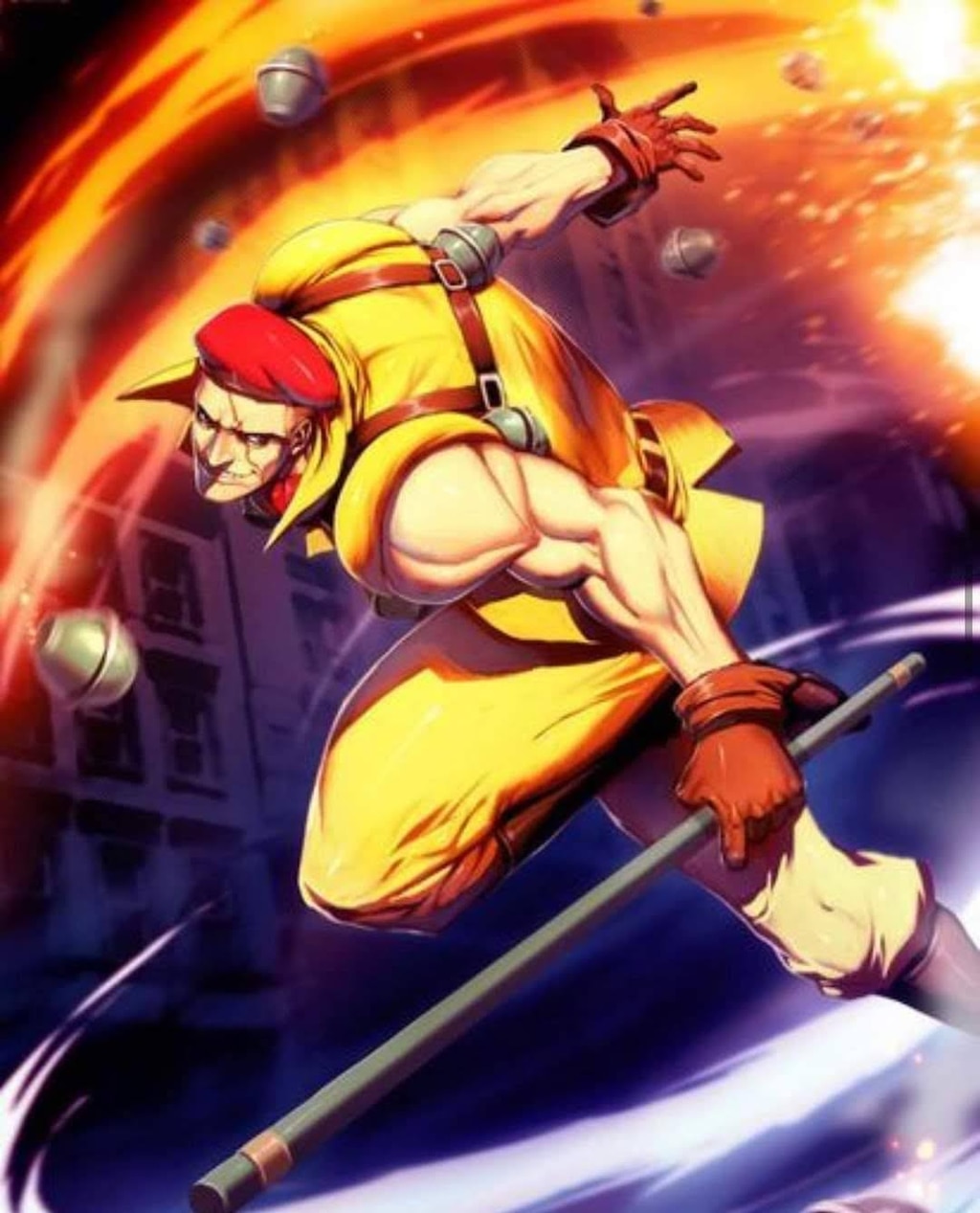 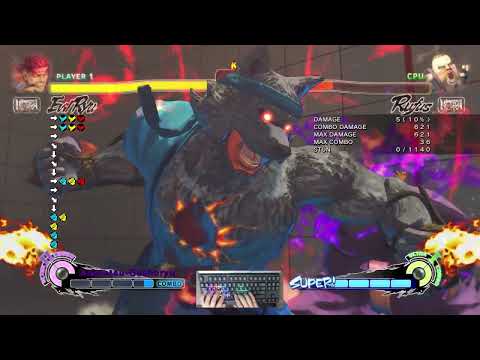 Recommended
8.4 hrs on record
Amazing game, recently got into the Street Fighting games and started of with the original Street Fighter, a different experience and first implement into 3D also I have a really ♥♥♥♥♥♥ laptop and this game runs Crystal, I have a 4GB Ram HP laptop and it runs great so far!! 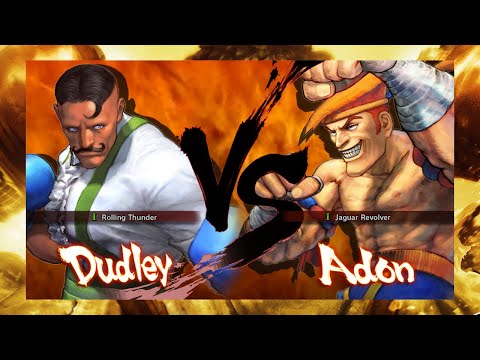 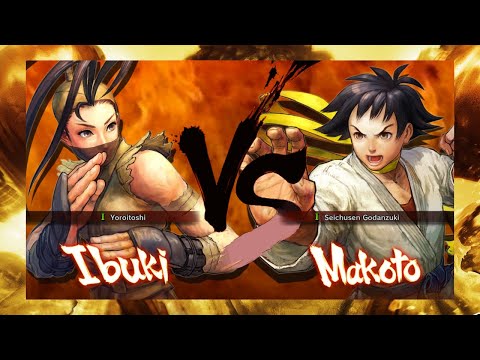 Alain Du Vaucluse
View videos
Why am I so bad at this game
I've been trying to get good at it for over a decade, and atm I'm struggling to get above 500 PP. Sucks that this game is ♥♥♥♥♥♥♥ dead; I would've enjoyed playing against people who are actually at my skill level to know what I'm doing wrong :/...
24