Bigscreen lets you use your PC desktop in VR. Watch movies with friends in a virtual movie theater. Play your favorite PC video games on a huge screen. Hangout in social VR chat rooms. Participate in weekly 3D Movie Nights, VR LAN parties, and other events.
Visit the Store Page
Most popular community and official content for the past week.  (?)
Bigscreen v100: Light Dimmer Fixes and Server Improvements
May 20
Hey everyone,

We just pushed a small update to fix a synchronization bug with the light dimmer for new room joiners on PCVR and Go. The fix will be coming soon for Quest as well. We also improved our backend servers to handle increased usage and server loads.

Check out the Movies we recently added! You can watch these at any time, in any environment, use playback controls to play/pause, and have your friends join you!

Have you signed up for alpha testing to try out the new Video Player feature? Be sure to join our Discord [discord.gg]and sign up through the #videoplayer-alpha-testing channel! 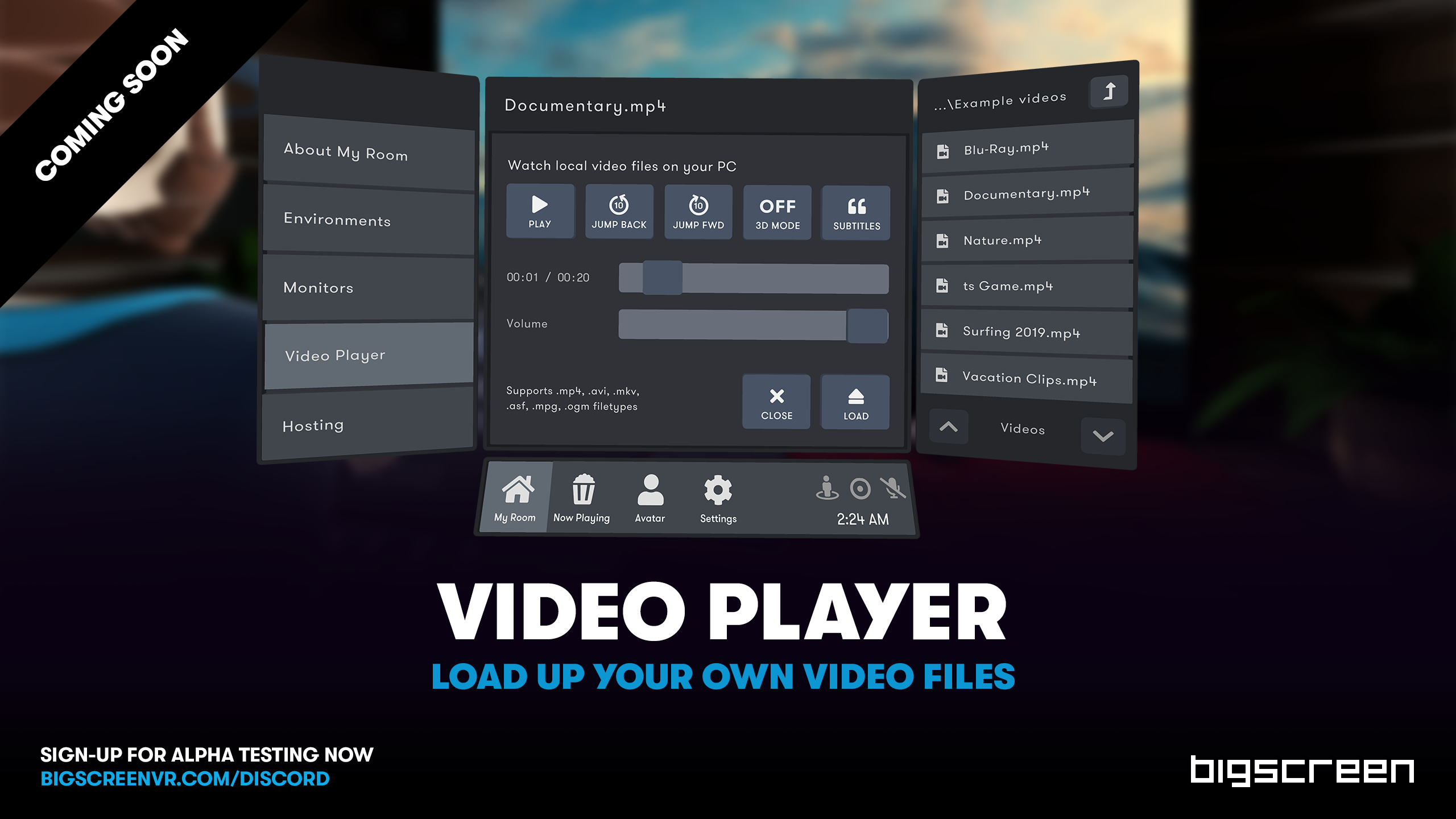 Last, but not least, the 10 year anniversary of The Disappearance of Haruhi Suzumiya is this Thursday, May 21st! Celebrate with us tomorrow at 6PM PDT/9PM EDT! 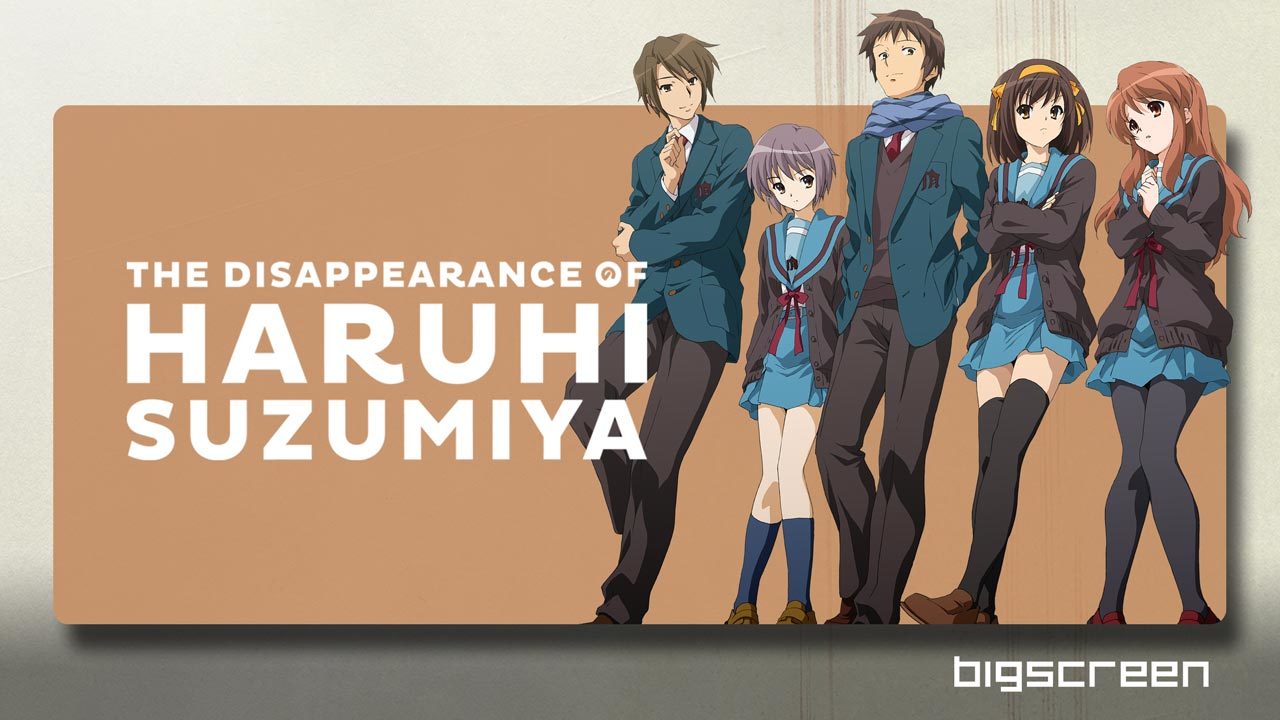 Bigscreen Beta
5
12
Crashes as soon as I try to play something.
Rented a movie and when I try to play it big screen crashes, any ideas?
5

It's time for another Bigscreen update, version 0.99!

New Feature
We added a small feature here, a Light Dimmer, in our home and cinema environments. It allows you to adjust the room lighting to be as bright or dark as you want!

As you all know, movie licensing is incredibly complicated and expensive. Licensing internationally is even harder. I'm proud to say today, our anime films will also be available to people living in the United States, United Kingdom, Ireland, Canada, Australia, and New Zealand.

So tonight for the first time ever, anime fans across continents and time zones will be able to meet up in a "movie theater" to watch Akira together. 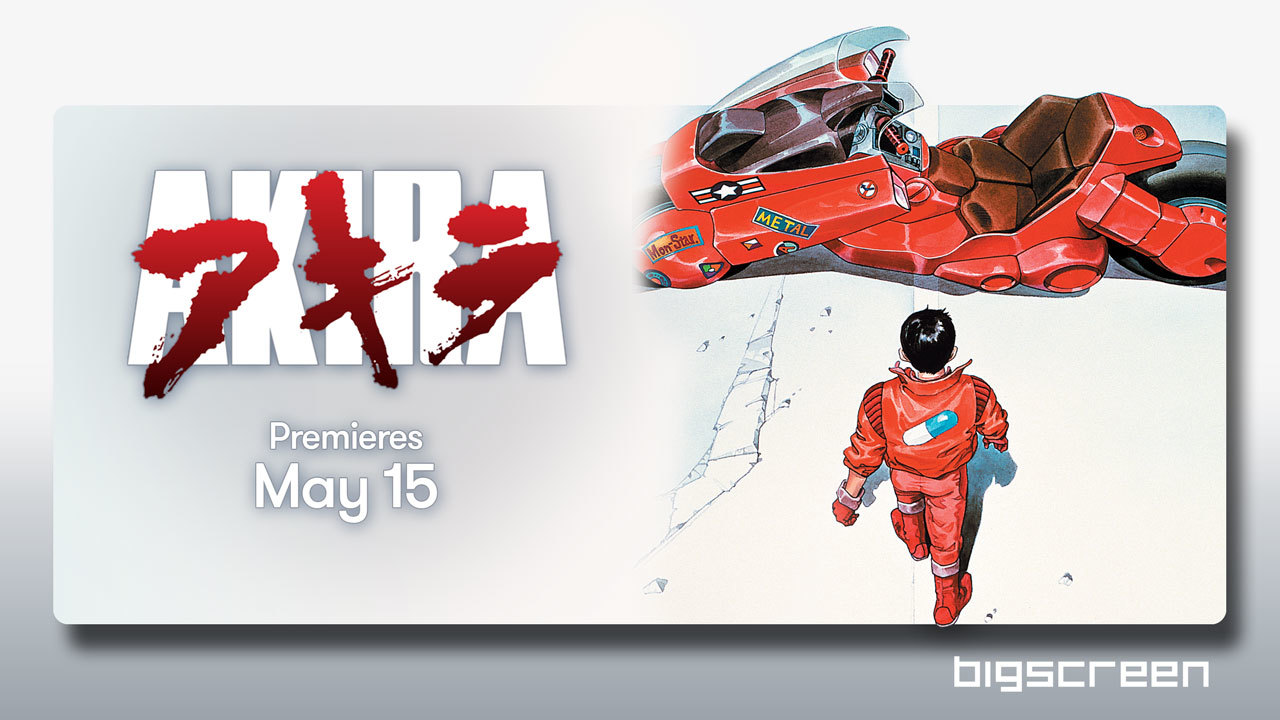 What's next? VIDEO PLAYER
We've been developing our own video player over the past year. At launch, it will work offline and singleplayer, in your own rooms. It will allow you to pull up a local videofile stored on your Quest. It won't be social (no streaming), and it won't support 180/360VR videos. But we're working on a new service for later in 2020 that will enable people to browse files together. The focus for now is to have a really great local file videoplayer on Quest & PC VR headsets.

Alpha testing will begin next week Monday, May 18th, so sign up on our Discord[discord.gg] for early access. Look for the #videoplayer-alpha-testing channel.

We're working super hard on many projects right now, including a friends system, more environments, better desktop screensharing features, more 3D movies, and larger room sizes. The rest of 2020 will be packed with tons of updates :) 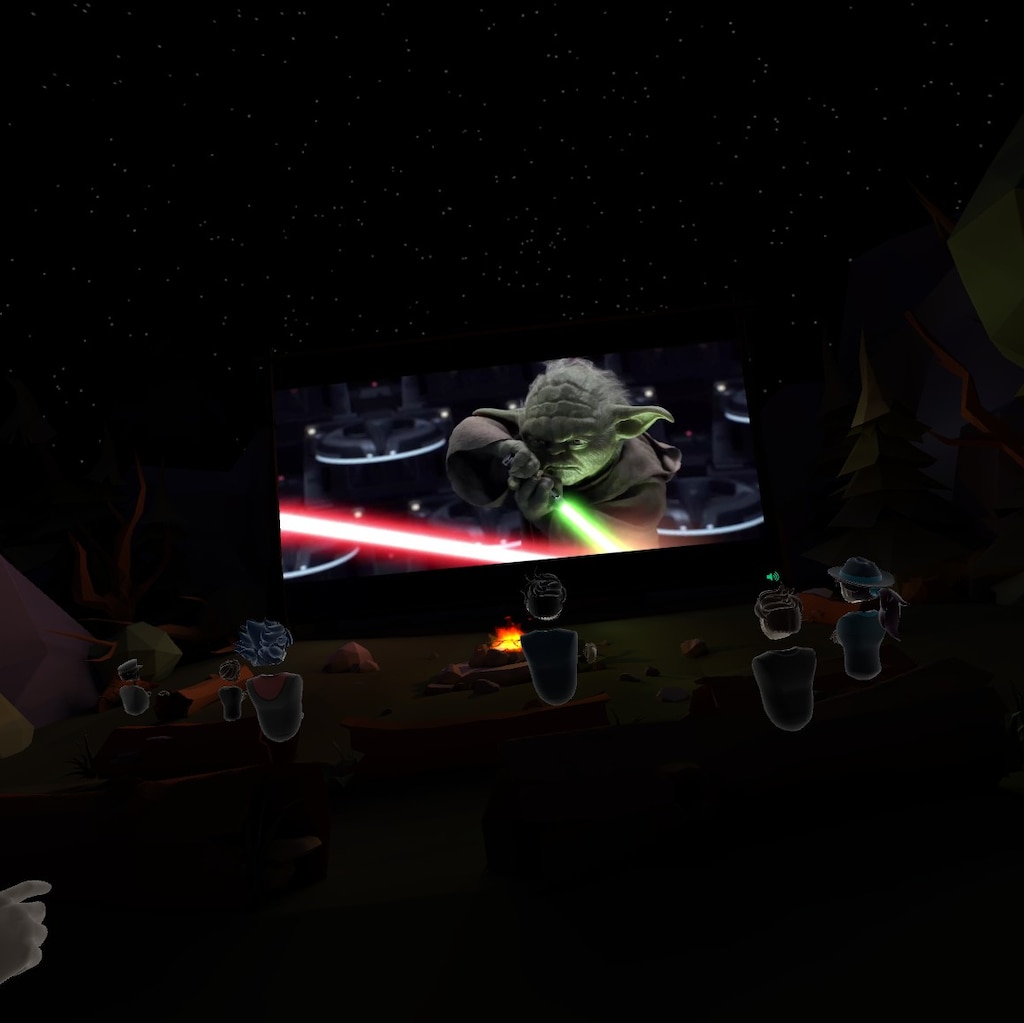 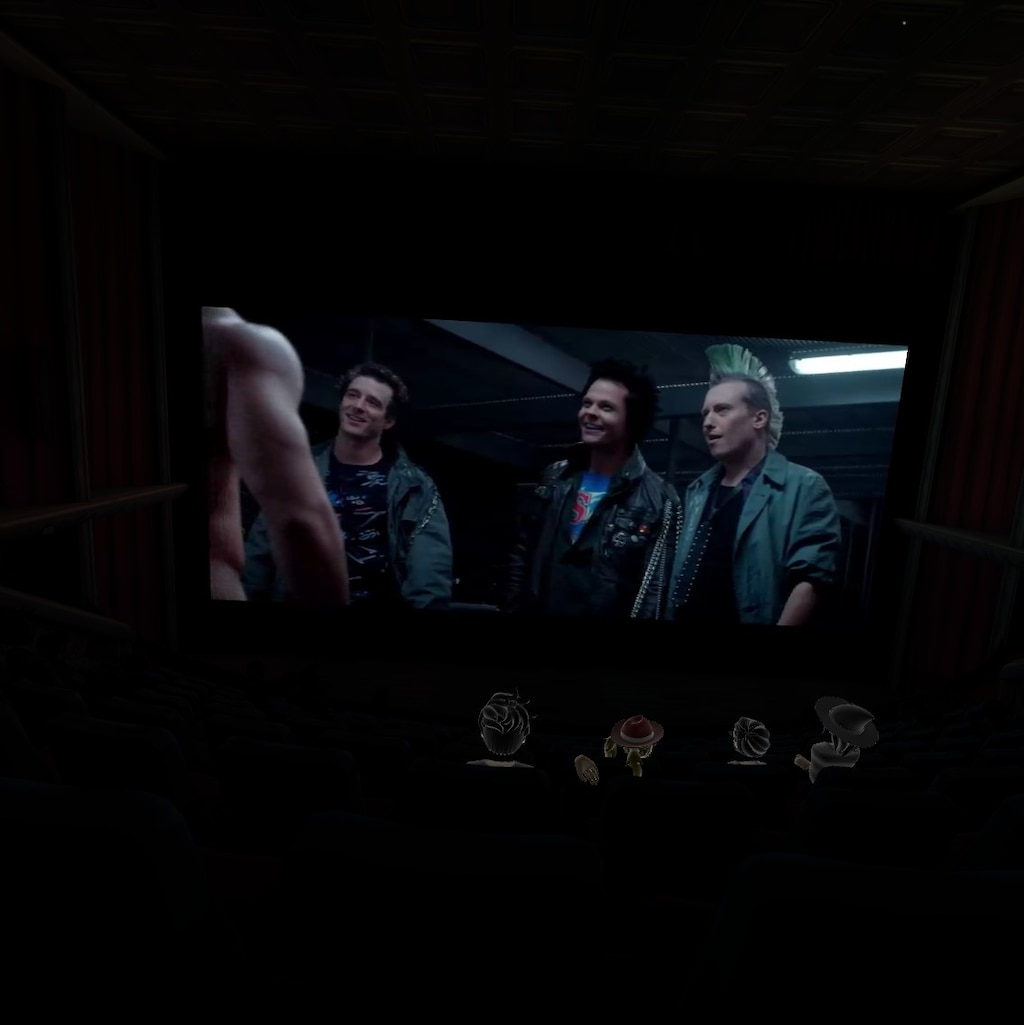 A new update was pushed today!

Hope you all have been enjoying our new Events and Movies updates and checked out the latest line up of anime movies from our partnership with Funimation!

My Hero Academia: Two Heroes will be premiering tomorrow at 6PM PT/1AM UTC. Get your popcorn ready and see Deku go Plus Ultra! 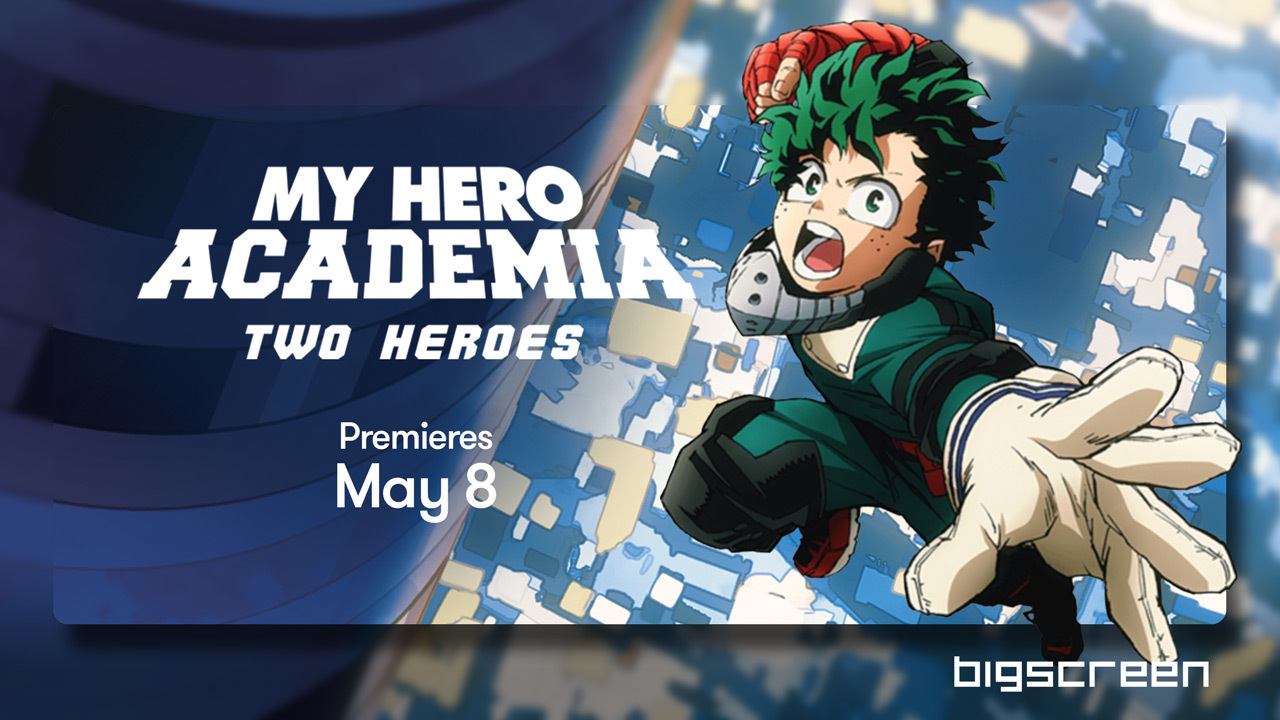 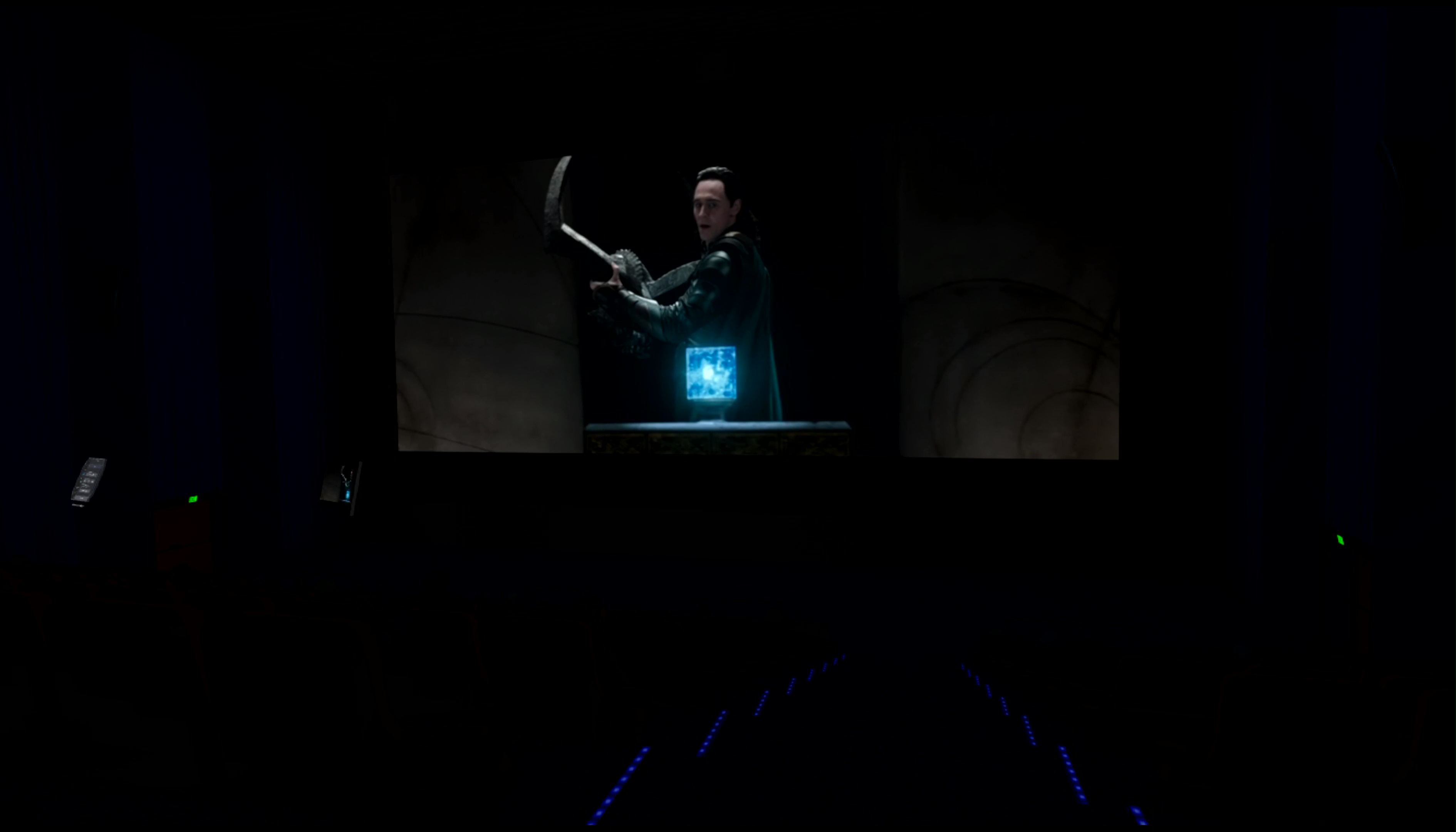 ND606
View screenshots
still frustrating to use
Every few months we try big screen again to see if improvements were made for the user to user audio. We cannot hear each other even tough we both know our mics are on and working. Months ago we had this issue and thought maybe because we were thousands...
1 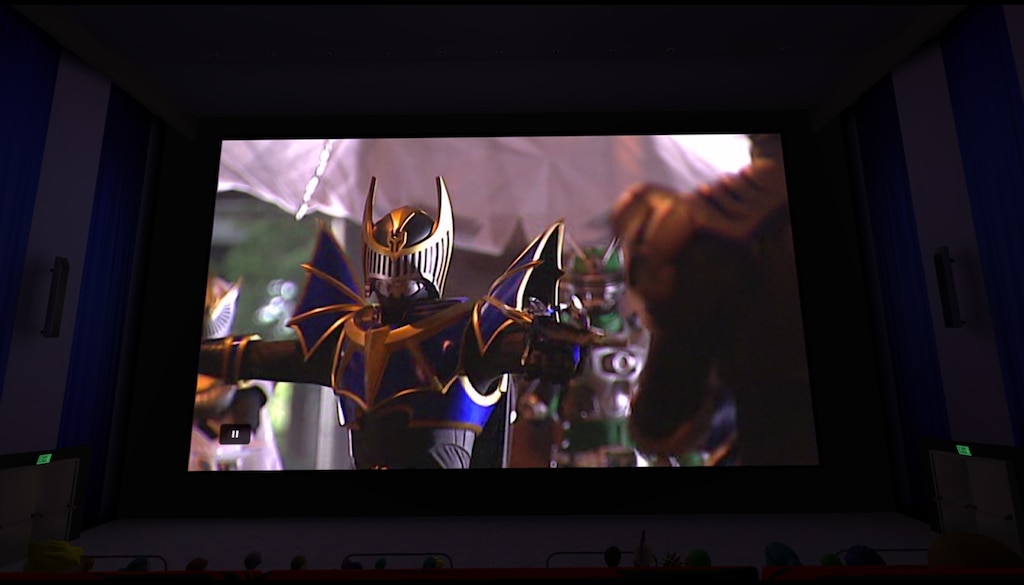 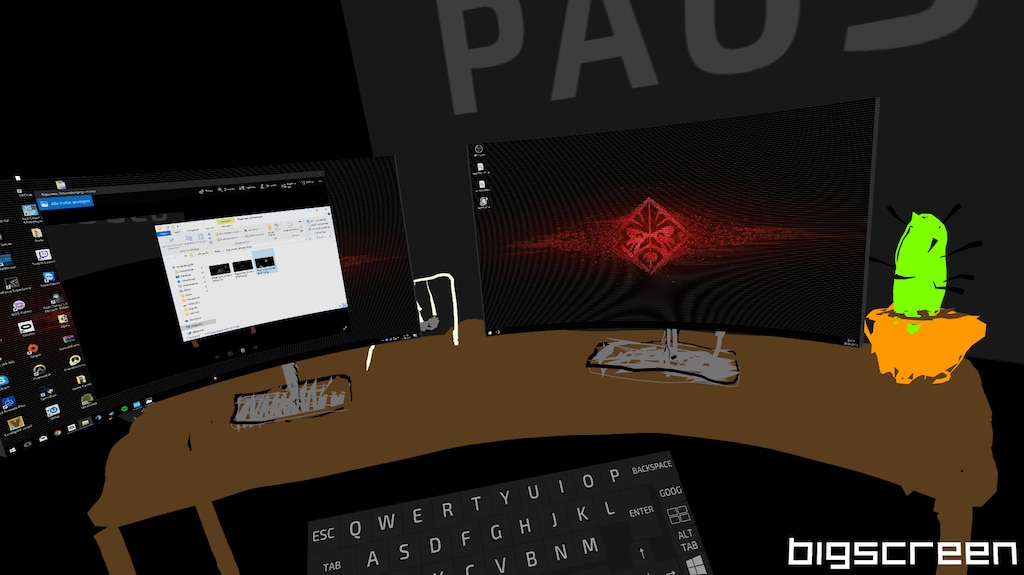 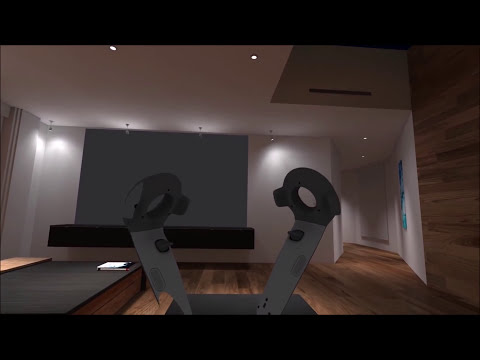 Setup Spacedesk to create multiple virtual monitors
How can you get up to two additionnal virtual screens without paying for new monitors or a ghost dongle? Read this guide to find out!
8 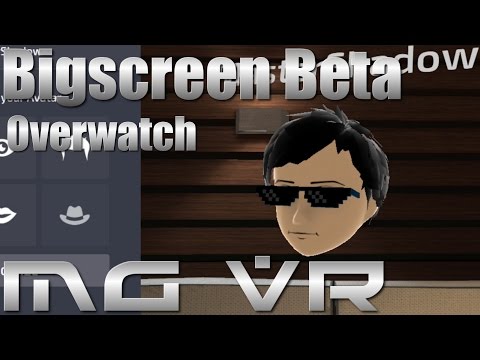 Playing Non-VR Steam Games
You can play your favorite PC games in VR with Bigscreen. However, if you try to play a non-VR game on Steam (like Dota or CS:GO), you might notice Steam closes Bigscreen and opens the game in the SteamVR Theater Mode instead. Here's how to fix that.
5

How to play any game in VR!
We’re always updating our game guide with the best settings for playing games in VR, but if there’s a gap we haven’t covered yet you can use this guide to work through the settings to focus on.
0 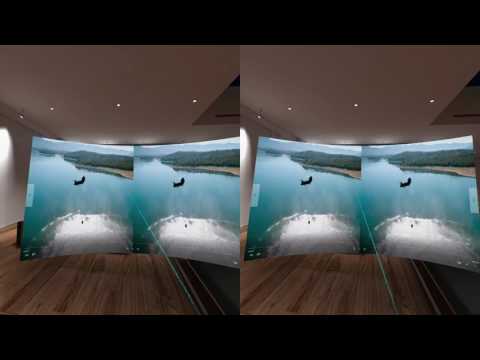 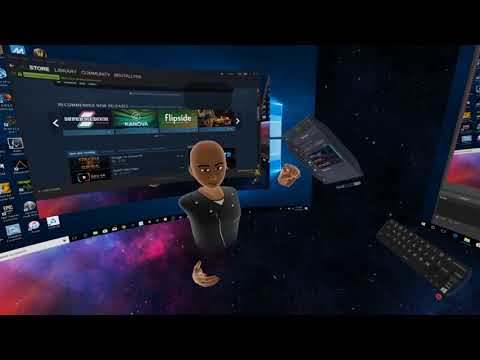 3
4
SavageVR: BigScreen VR "What I love about it!"

Force Bigscreen on Oculus Rift to use OpenVR
Do you want to use SteamVR (OpenVR) and use OpenVR features like custom OpenVR Overlay applications inside Bigscreen? If you have a SteamVR headset like the HTC Vive, Bigscreen will automatically open with SteamVR. But if you have an Oculus Rift, Bigscr...
0 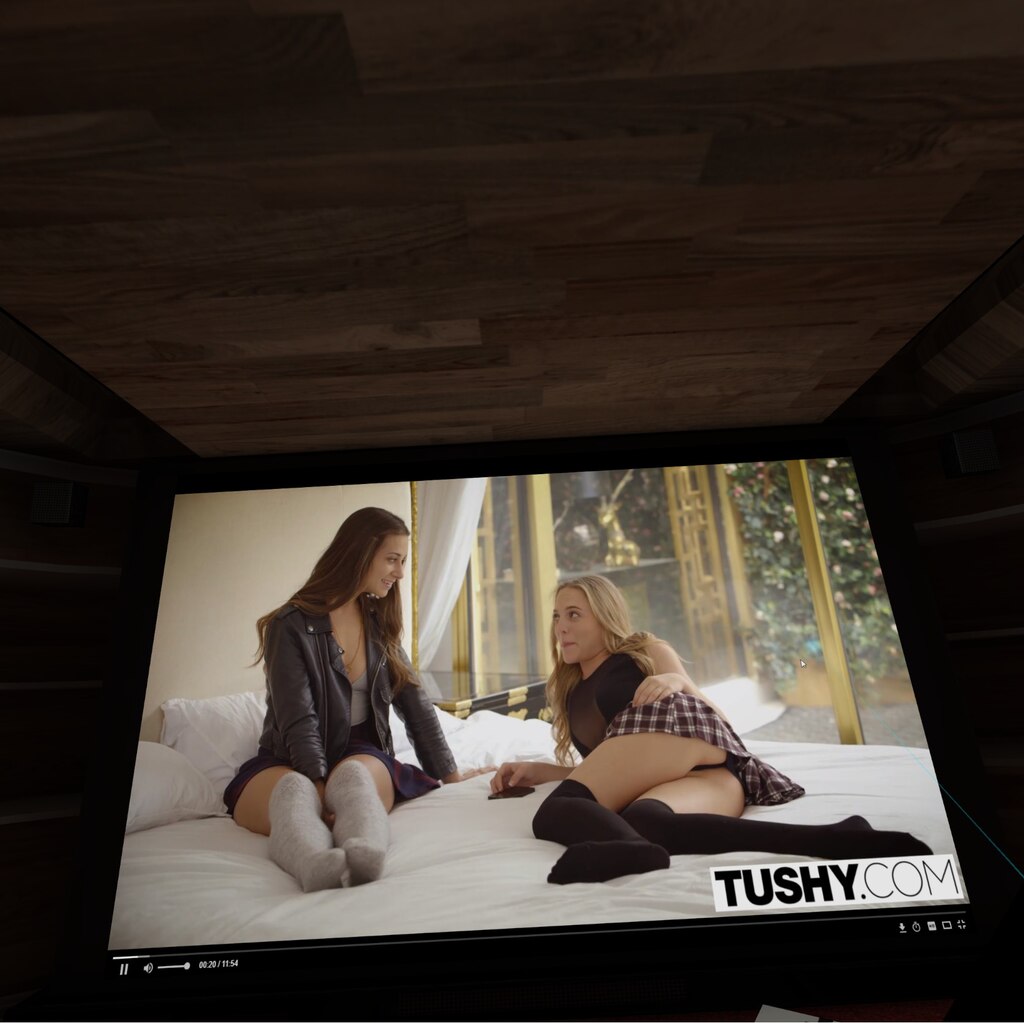 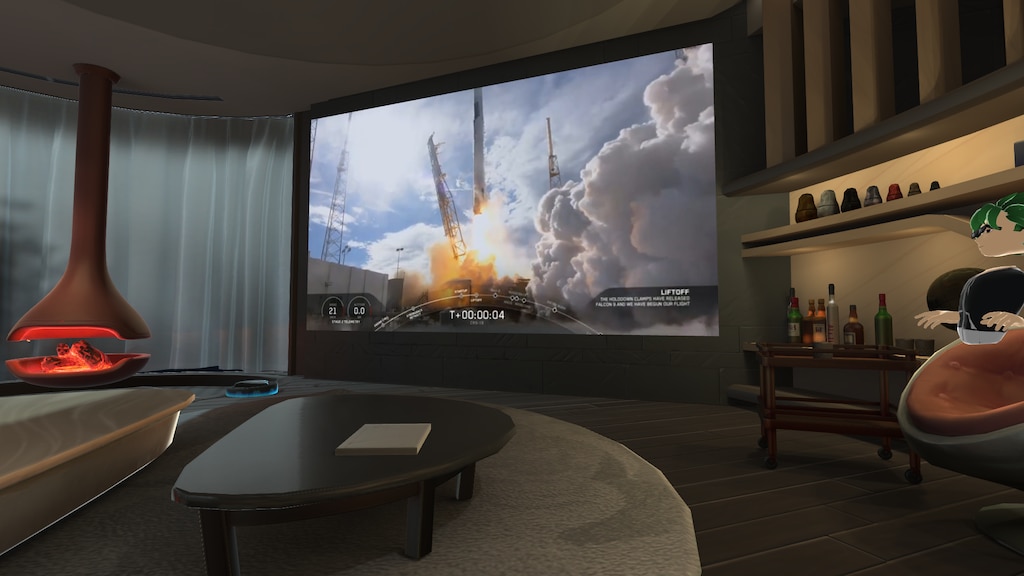 Not Recommended
3.4 hrs on record
If using on Oculus Go, its useless... overheats your headset super fast... and the stream can be good one minute and bad the next with all different updates when trying to play your own stuff. If only they would let you play your own videos directly off your own headset, then it would work great........... BUT NO !!!, they have to be AWKWARD !!

Recommended
22.7 hrs on record
Wanna use your desktop locally only? Use Virtual Desktop, there is a small lag time between uploading to their servers and back to your local host, just to watch your own movies, alone.
Otherwise, overall it's a great app. You can watch just about anything if someone is streaming it, albeit sometimes the servers aren't great and you'll get pretty bad audio/video desync lag which can be annoying.
If they ever manage to fix the Using-It-Locally-Only-Lag issue, it could rival Virtual Desktop, at least as far as watching videos in a semi-realistic setting goes.

ApexAlphaGaming
67 products in account
0
I hear audio when streaming from my desktop but nobody else does
When I'm streaming a movie from my desktop I can hear it fine but no one else can and when someone enters the room my volume decreases considerably.
3

Blckblade
May 21 @ 12:46pm
General Discussions
Light dimmer doesn't work...
As title says, I'm using Bigscreen beta on Steam using a Rift S headset. anyway it would be great if you could add the light dimmer in the apartment too, especially in the living room and in the balcony (my favourite setting).
4

this_guy_is_no_one
May 23 @ 8:39am
General Discussions
Artifacting/pixelation on player hosted videos
I joined a channel/room where someone was showing 3d movies, I assume from their computer. The video stream on the big screen was just distorted and pixelated like it was having decoding issues. I joined the official channel for the 3d trailers and ...
4

Necroclysm
May 18 @ 9:16am
General Discussions
No one has rated this review as helpful yet

Recommended
2.1 hrs on record
Great place to go and just relax, it would be nice if the movies were actually ones that are playing in theaters.