Build, scavenge, craft, and perform occult rituals to survive in a demon-infested, post-apocalyptic colony simulation. Will you survive Judgment day?
$19.99
Visit the Store Page
Most popular community and official content for the past week.  (?)
Building Log
Heyho, I notices a building log showing on the bottom left documenting which buildings you constructed. However it cannot be scrolled. Not with clicking on the scrollbar, mousewheel, page up or page down. And it seems like it's stuck at the earliest messages, so...its completely pointless. Is there any solution to this?...
5

Kordanor
Jul 2 @ 5:11pm
General Discussions
Mutate Soul question
I am at the end of the game and trying to get a team of five soldiers (only got 1 during the game ?!) so I'm using mutate soul, saving before completed and reloading before it's complete to get that. only problem is, it's been two hours I've been doing that and I never get a soldier. do we know if this is actually random? is there a pattern? because the first two took me about 10 minutes to get soldiers AND have them without any disadvantage that would make them less effective fighters. I figure the...
6

Beginner Survivor's Guide
A beginner's guide with the most basic information you will need to survive the apocalypse in Judgment: Apocalypse Survival Simulation.
98 ratings 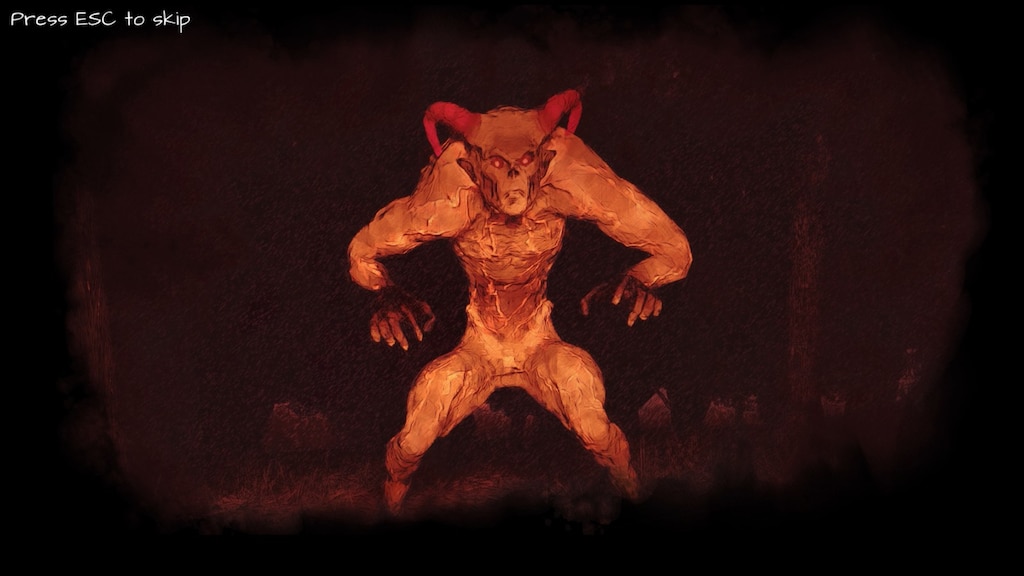 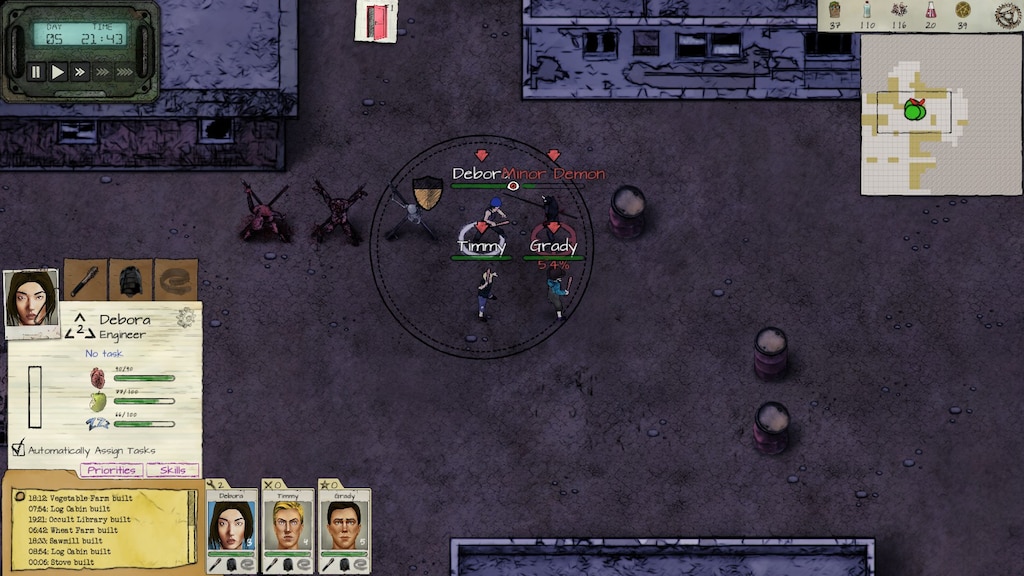 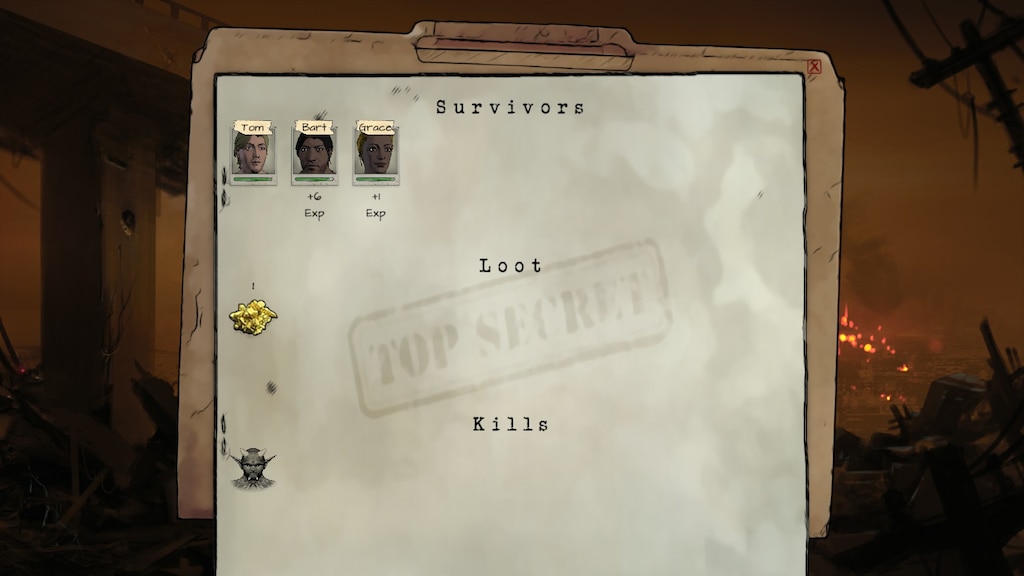 Combat Guide
No matter what you do, eventually you will have to fight – be it for loot, to rescue a survivor, or defending your base against an attack. There are thousands of demons out there and they are bigger, stronger and meaner than us. You have but one advantage:
49 ratings 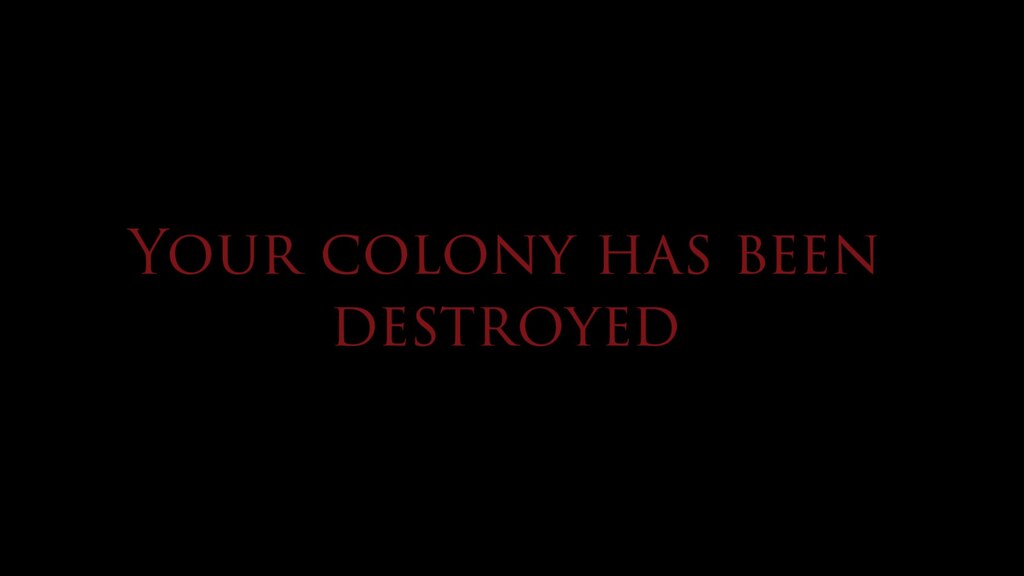 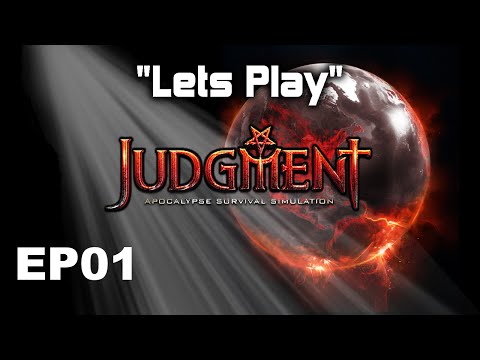 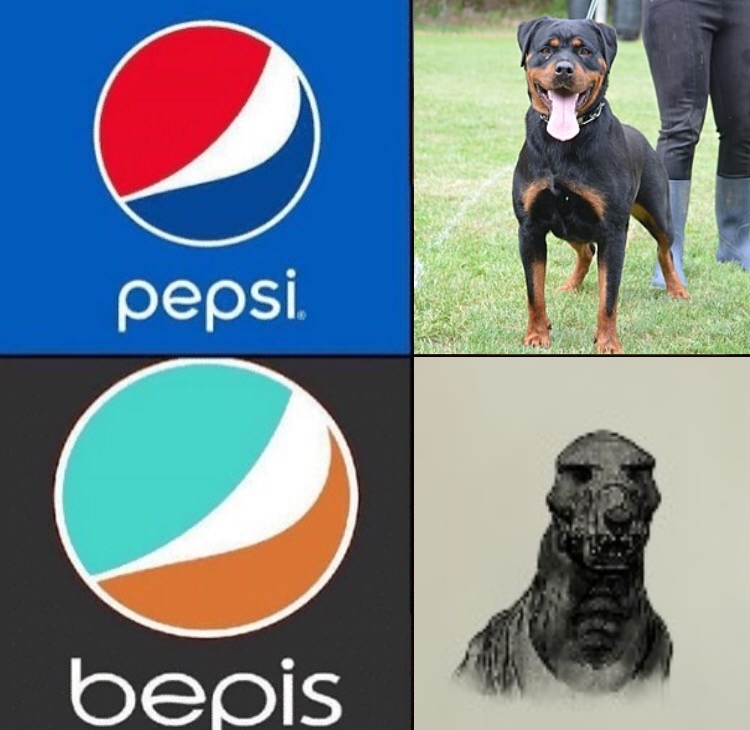 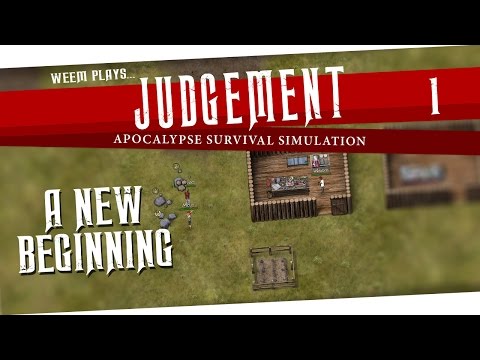 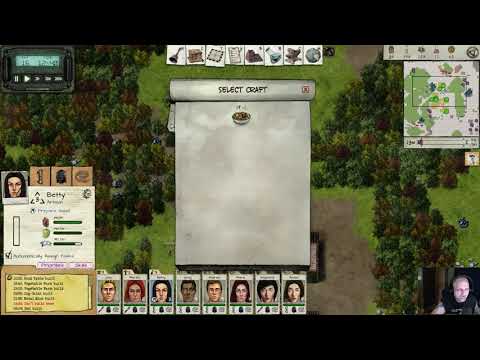 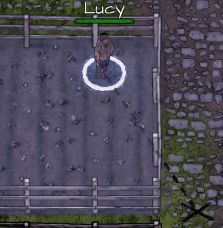 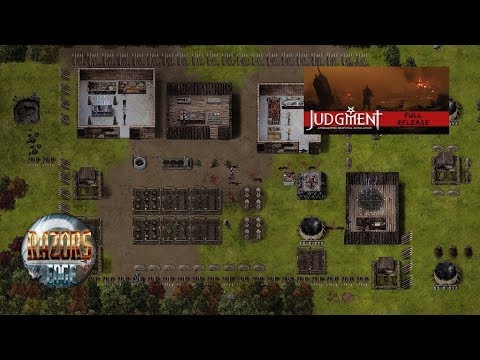 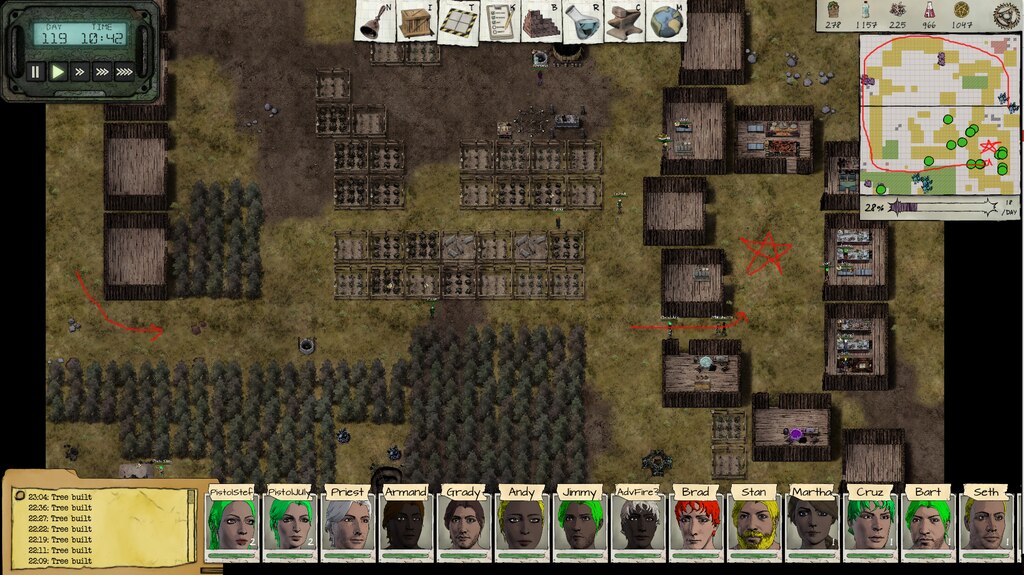 0
4
My Organic Base Maze 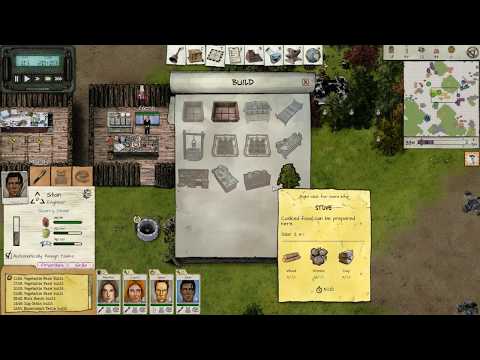 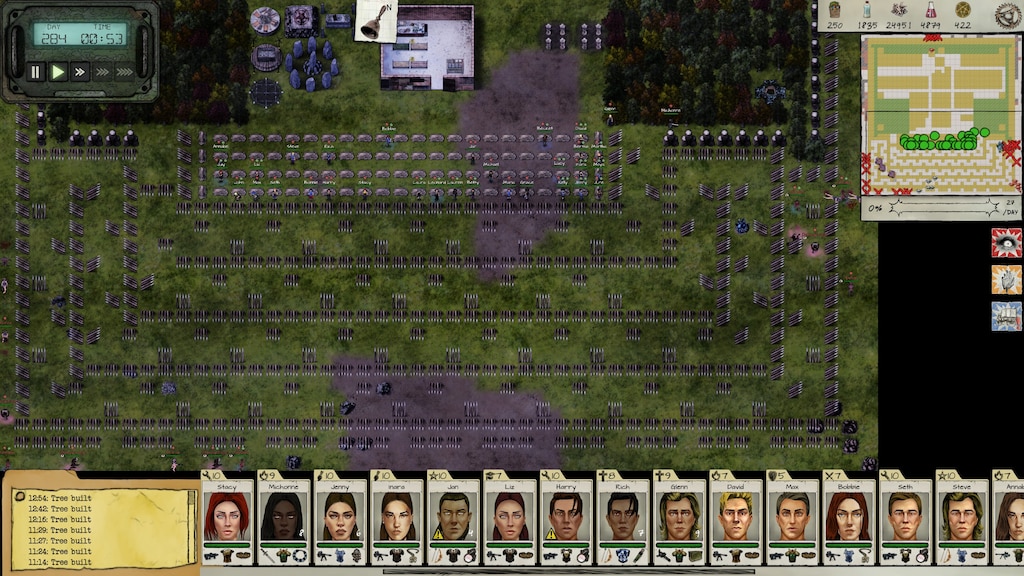 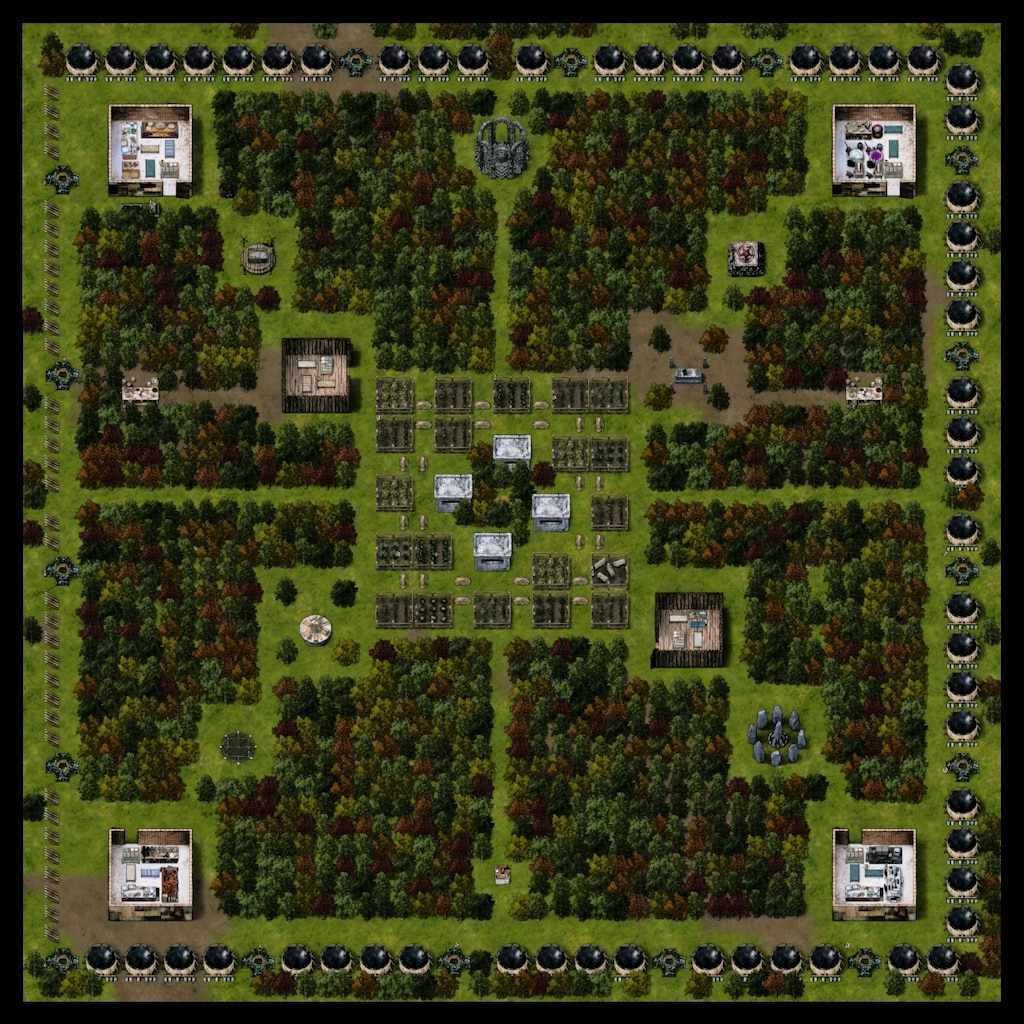 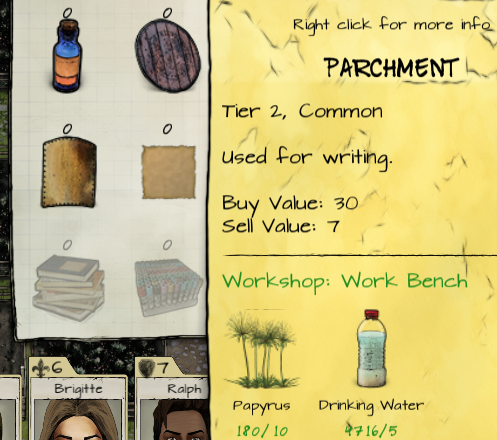 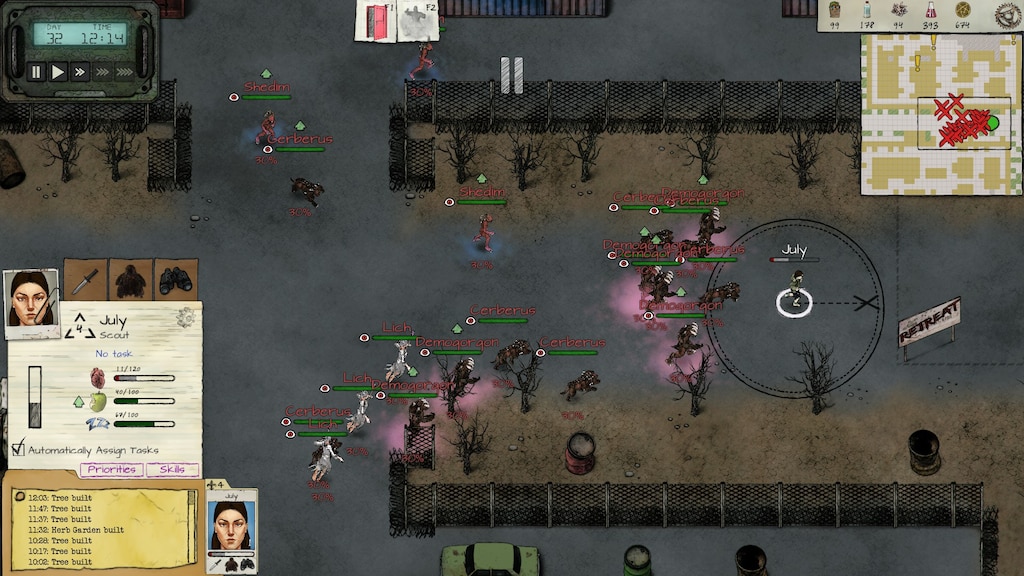 Shindragan
View screenshots
Question about search and scavenge.
The skill at the end of the Gathering path.. Whats the difference between double search yield chance and double scavenge chance? What gets used when scavenging boxes in a fight map vs the loot you get after an autofight or killing all enemies. On a related note, the 10% Scavenge Bonus you get from the Craft Tree, it doesnt apply outside? My scavenger still has her Scavenging Speed unmodified....
2

Shindragan
Jul 3 @ 3:46am
General Discussions
the game does not open
when trying to start the game, sometimes the game icon appears in the taskbar and the swamp turns black, then the game closes, other times the game doesn't even open in any way, up to where I check if I meet the requirements to play it , but I don't know what to do, any advice...
3

Recommended
5.4 hrs on record
WORTH BUYING!

Surprisly a unexpected solid game, with nice gameplay. Sound and graphics are kinda low, but the constalation between the RNGes survivors and the RNGs maps makes alot of replay-ability

A.D.Mynx
2,625 products in account
0
No one has rated this review as helpful yet

Recommended
10.6 hrs on record
Worth it when it's on sale for $10, I wouldn't buy it for $20. Easy to mod which is always a plus. Kind of a mix of Virtual Villagers with some factorio and rimworld thrown in as far as combat and some mechanics go.

Recommended
35.4 hrs on record
Hands down one of my favorite games. It just checks all of the boxes for me.

26 hours in I have not come across any bugs. I saw one review mention that you face more enemies than what the map icons tell you. That's true, but I think by design; the map icon only tells you what is pre-spawned in a poi. Once you begin freeing a captured survivor you begin to be attacked by more waves of enemies- all while one of your characters is tied up unlocking the cage. It can lead to awesome tense moments. Non-rescue poi's do not use this mechanic- you face what the map tells you, so you can prepare.

I've also seen reviews about there not being enough scrap early game, so that traders are useless. Scrap is a resource- you can scavenge for it, or even craft it. You can definitely get enough to buy some early game necessities, like wool. But you will not be buying the powerful weapons and armor. Those are there early on just as a tease. You have to earn those.

Currently on sale for $9.99 it's a steal. Tons of depth, but not complex. Characters level up either by fighting, or by performing their favorite tasks, like crafting, performing rituals, farming, fetching water, etc... Tactics are important, like using the pause button, having the right mix of melee and ranged, using abilities at the right time, using cover, and targeting the right enemies at the right time. The tactical combat in this game is simple, but rewarding (and sometimes brutal).

The theme is also awesome. Reminds me of the tv show Supernatural- werewolves, demons, fallen angels, doing occult research to find ways to beat them. Holy water, crucifixes, and arcane scrolls, but in a modern post apocalypse setting. I think the developers nailed the theme.

End of my rant. Buy the game. Listen to 'Carry on my wayward son' by Kansas on repeat while you play it. It's just right.