Days of War is an online FPS that re-imagines the team-based, close quarters, nonstop action of classic World War II multiplayer shooters.
$24.99
Visit the Store Page
Most popular community and official content for the past week.  (?)
Practice range?
I've seen on youtube that there is a practice range where you can test the weapons. the only question is: How do you open it?
1 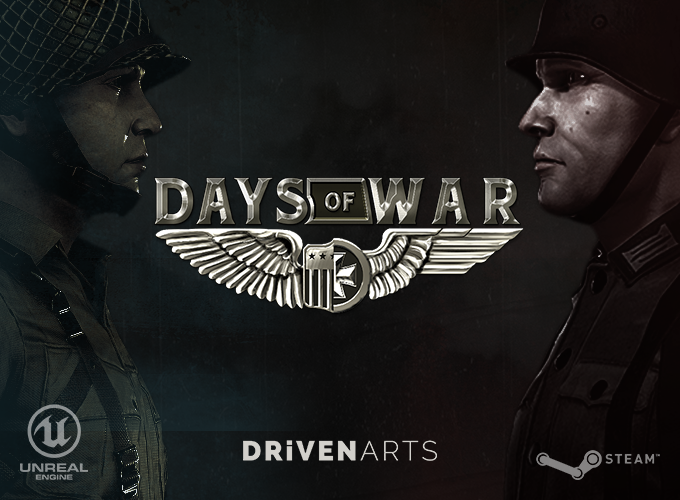 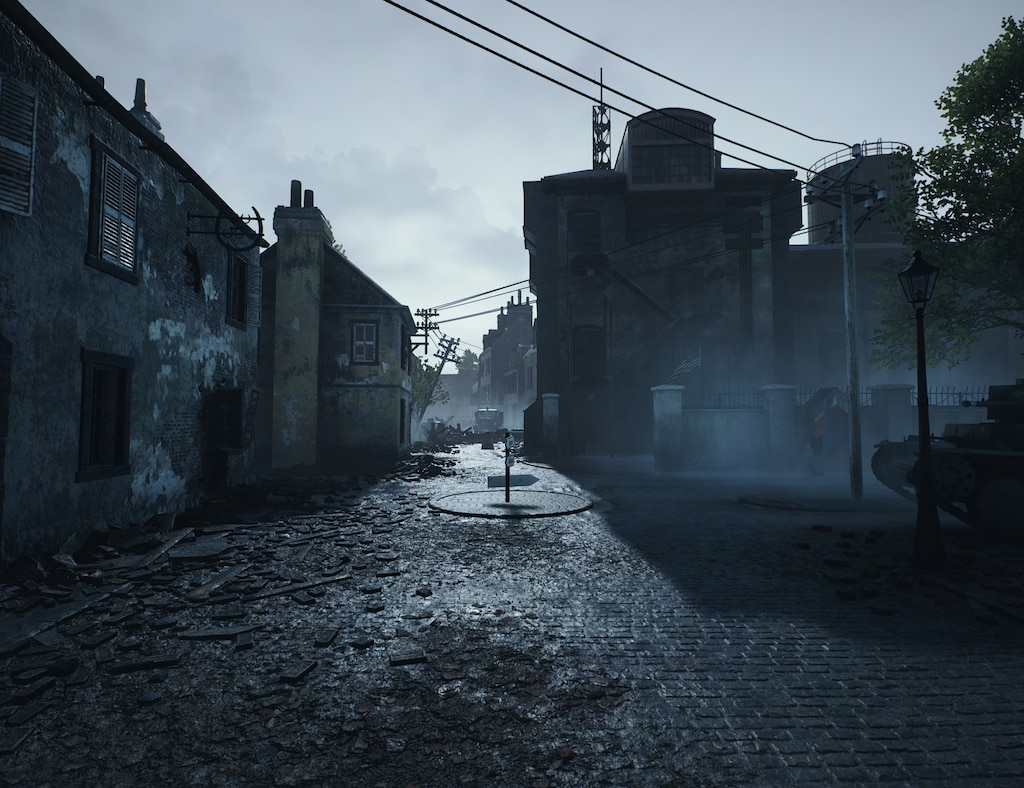 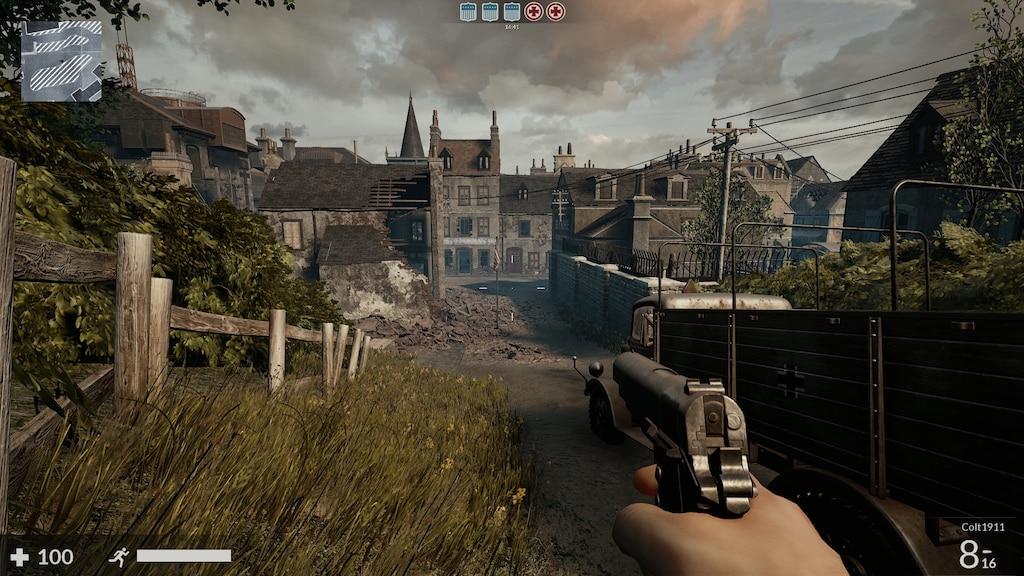 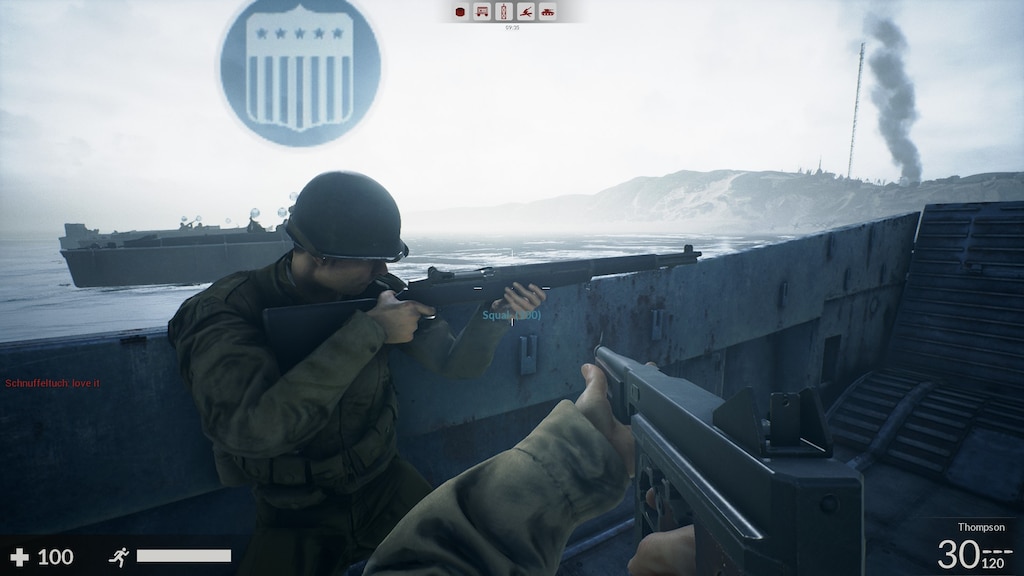 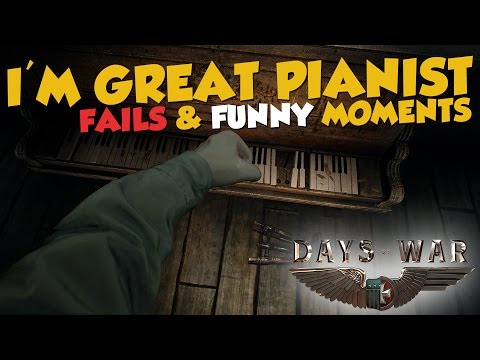 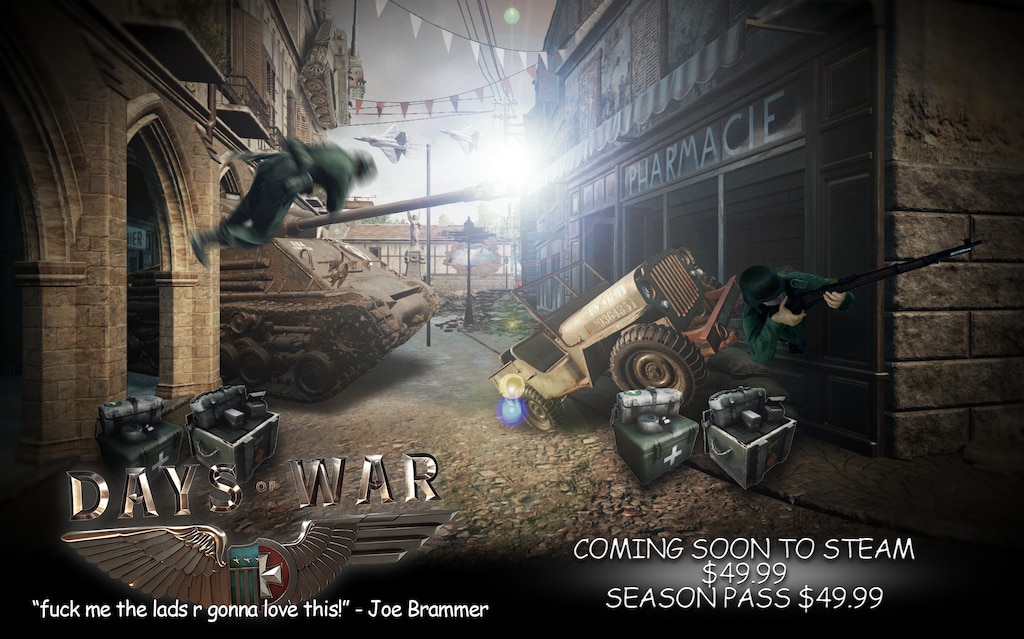 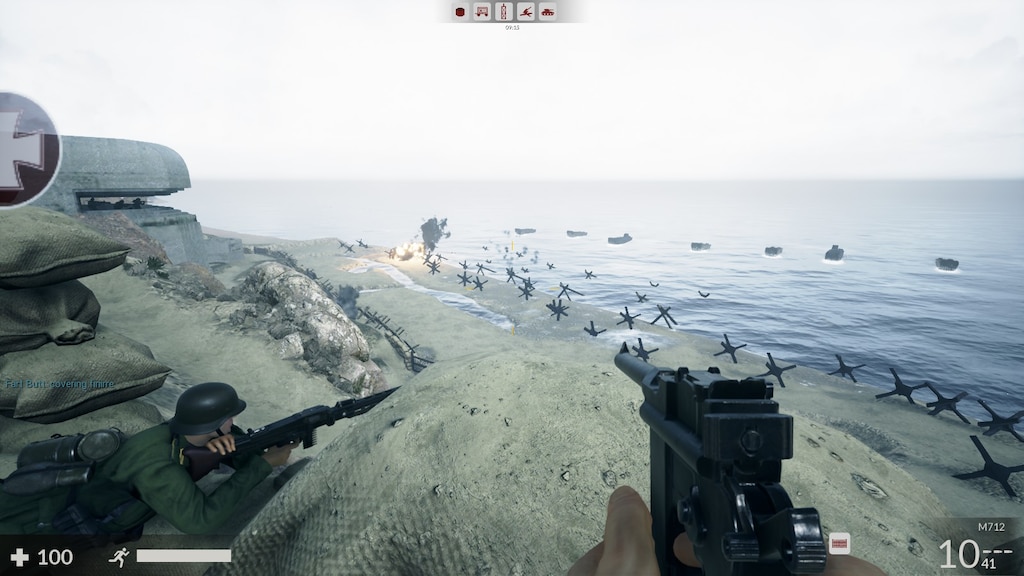 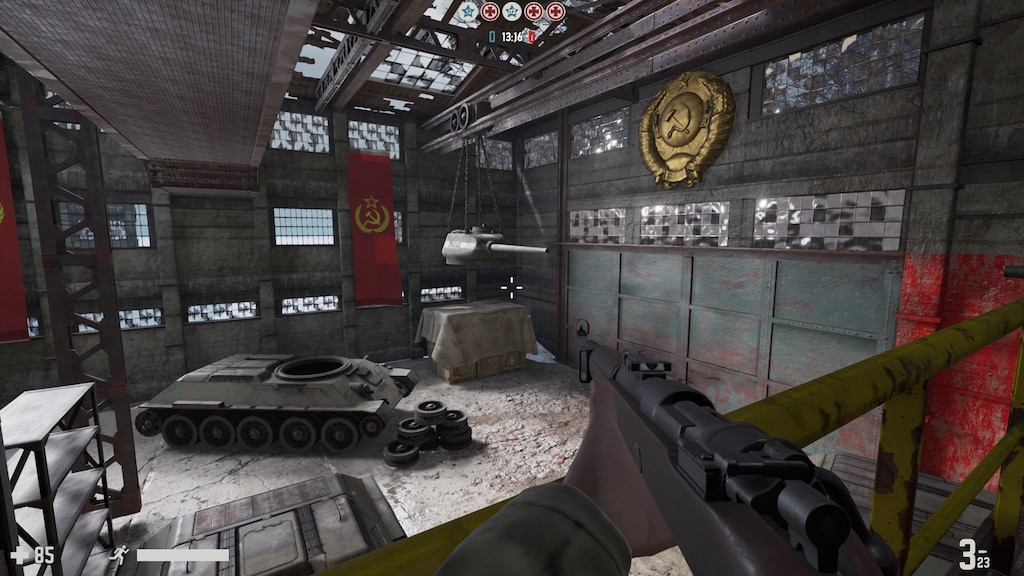 A Comprehensive Guide to DoW
A short guide to help you better understand the game through my eyes.
4 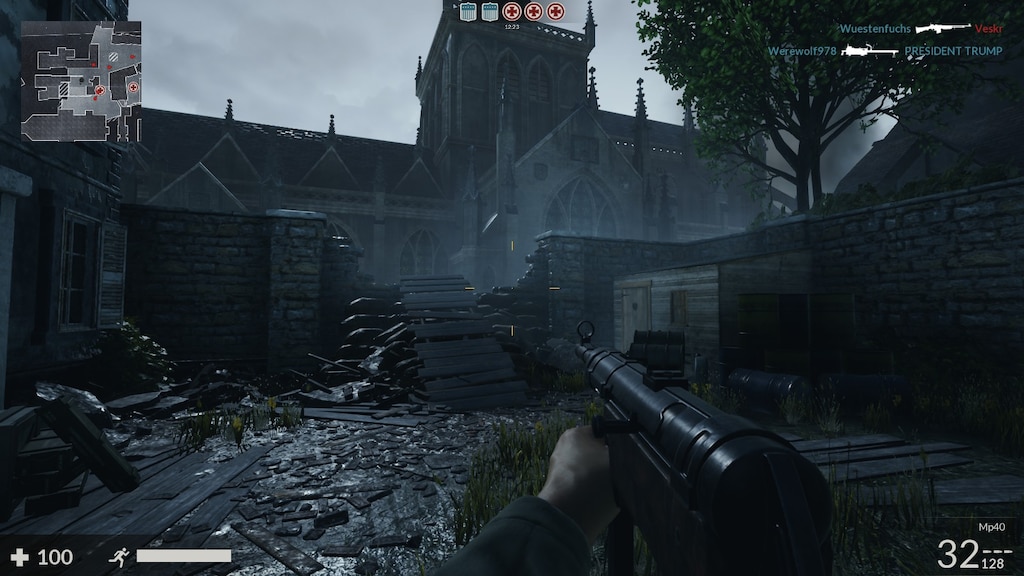 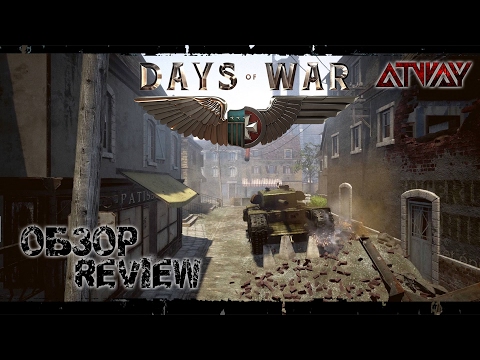 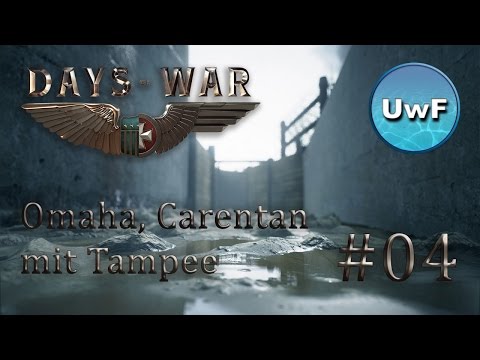 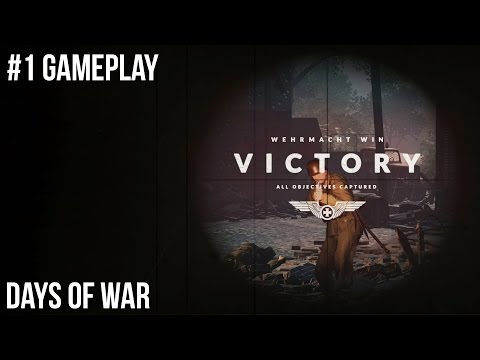 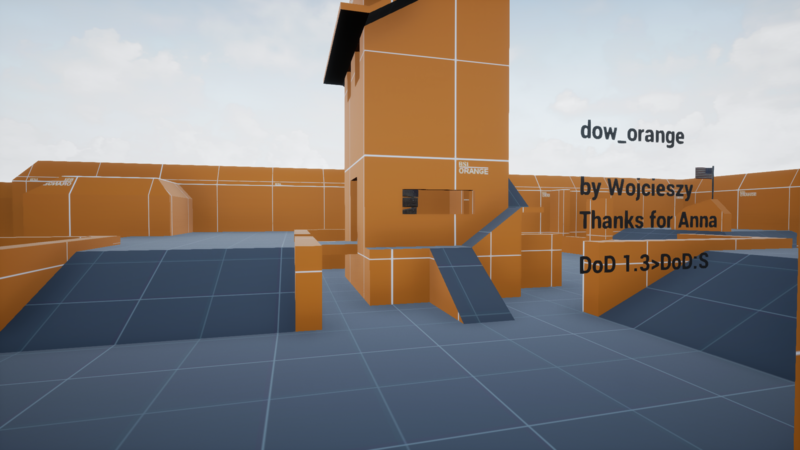 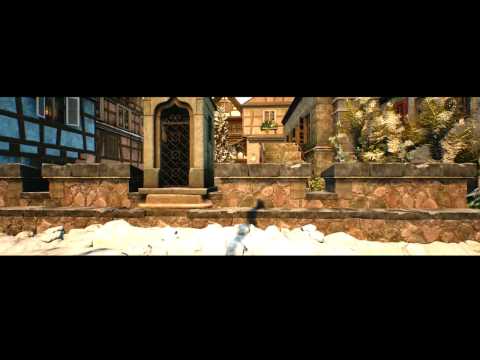 HollanD
View videos
XP count needed for max lvl
Hello, I wonder whats the XP count needed to achieve max lvl (lvl65) and is it possible to obtain all weapon achievement until reaching max? Thanks
20

Days of War FPS Boost and Visibility Enhancer
This guide shows ways to boost your FPS and also enhance the game's visibility.
0

Making bot-friendly maps.
This guide is a spot-on guide about what to consider when making maps bot-friendly with the UE4 Days of War Editor. In short use "NavMeshBoundsVolume" to encapsulate the whole map. If you have seen maps where bots get stuck in spawn or self-destruc...
0 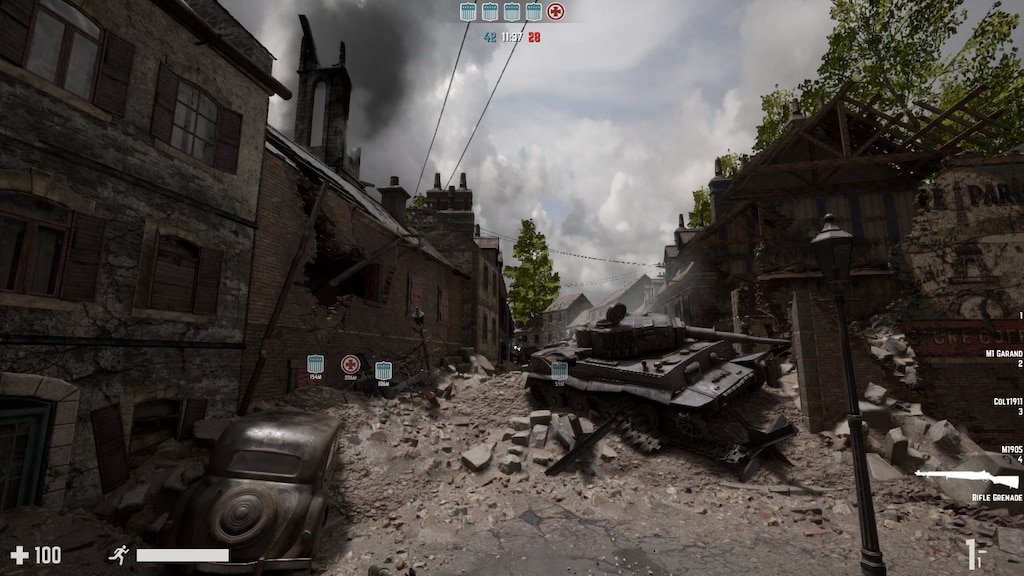 [MG]B@D
View screenshots
Fatal error
The game returns you to level 0 and takes away the weapons obtained when you pass level 65. We have been able to verify that it is for any player who exceeds this level.
25 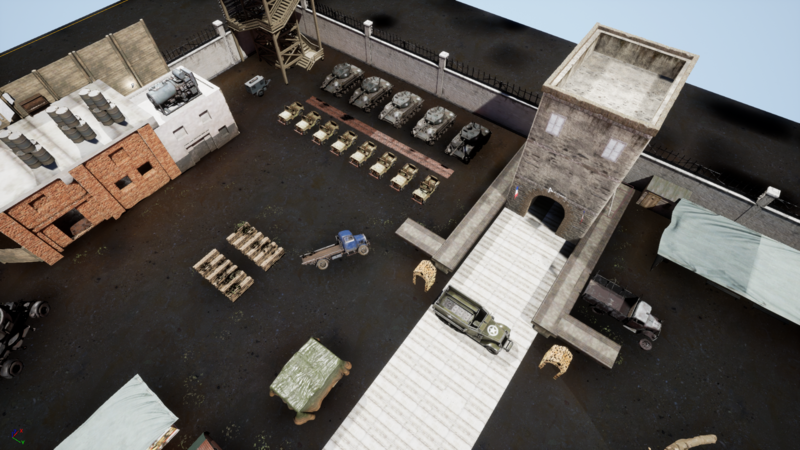 [SLC] ElChaoui
View Steam Workshop items
USSR [some suggestion]
hI! there I seen some historical accurasy questions and want disscus about: Ferstly want say USSR ammuition looks pretty not bad but there is some details: - RPD must be delated!! its realy after ww2 weapon https://en.wikipedia.org/wiki/RPD_machine_gun...
67

VasoKolbaso
Feb 7 @ 6:16am
Suggestions + Ideas
Change the map?
Hello, is the a way to change the map whilst playing already, I mean something like voting etc. Thanks
1

atjov001
May 28 @ 6:36pm
General Discussions
No one has rated this review as helpful yet

Not Recommended
0.6 hrs on record
All I can say is what a huge flop this game is.

due to the lack of just about everything.

1.the guns what where these clowns thinking to begin with? they all have the same recoil and they didn't bother to add in the M1 carbine or the M3 either huh? the MG's have bipods but they are just decoration nothing more

there are a number of issues that can be pointed out it's just a lot of useless toys honestly how lazy can a gaming company get?


a huge lack of weapons

2.Maps ..where to begin with this eye sore...? when they said definitive ...yeah sure definitively pathetic and a joke.
If you want to see just how lazy they also got with some of the maps.. go on youtube take a gander at the gameplay all i can say really they are not that bad... but ehh..


There is just to many things to point out

this game could have been something decent or good but apparently the company felt they needed to spit and trash on something put in the hours and cost in the wrong places threw it out there hoping it would bring them in a huge payout
didn't work out to well did it?

think the dev's need to quit their jobs and the company needs to just shut down if this is the garbage they are producing.


This gaming company has just given a definitive view on how lazy and greedy and lame they are.

they have also given a definitive everything negative.

Do yourselves a favor don't make anymore games

Not Recommended
4.5 hrs on record
game is bad. horrible. dont spend your money on this just buy anything else.

Recommended
7.4 hrs on record
Hey you! yes, YOU! Remember when you said to your friends that "we need a day of defeat: global offensive?" or was it "We need a Day of Defeat remastered?" either way, that's now a reality! There aren't very many payers but there are bots, and they actually behave like real players, like darting side to side when at low health and even having realistic player names! (like Alien78 and stuff like that) the game has really good maps and you can even download player created maps! I honestly think that low amounts of players is not a problem. My only issue with the game is that some of the reloads are a bit off, but that's all I can think of for negatives. Have fun!