An ancient god consumes your world. Now you must train and build relationships with each of your Overlords in this challenging raising sim/roguelike/SRPG hybrid. How many Overlords will you sacrifice to defeat an enemy with a trillion hit points?
$9.99
Visit the Store Page
Most popular community and official content for the past week.  (?)
The game is out now! Please contact us with any issues you might experience!
Overlords of the Underworld! The time to defeat Trillion has come! Please contact us with any issues you might experience (difficulty fighting Trillion is normal and should not be reported). As always, we'd like to let you know that if you are experiencing any problems with the game, feel free to contact us at pcsupport@ideafintl.com. Upon contacting us, please provide the information below on the issue you are experiencing: ------------------------------------- ◆PC Specs 1. Operating system: 2. Operat...
148 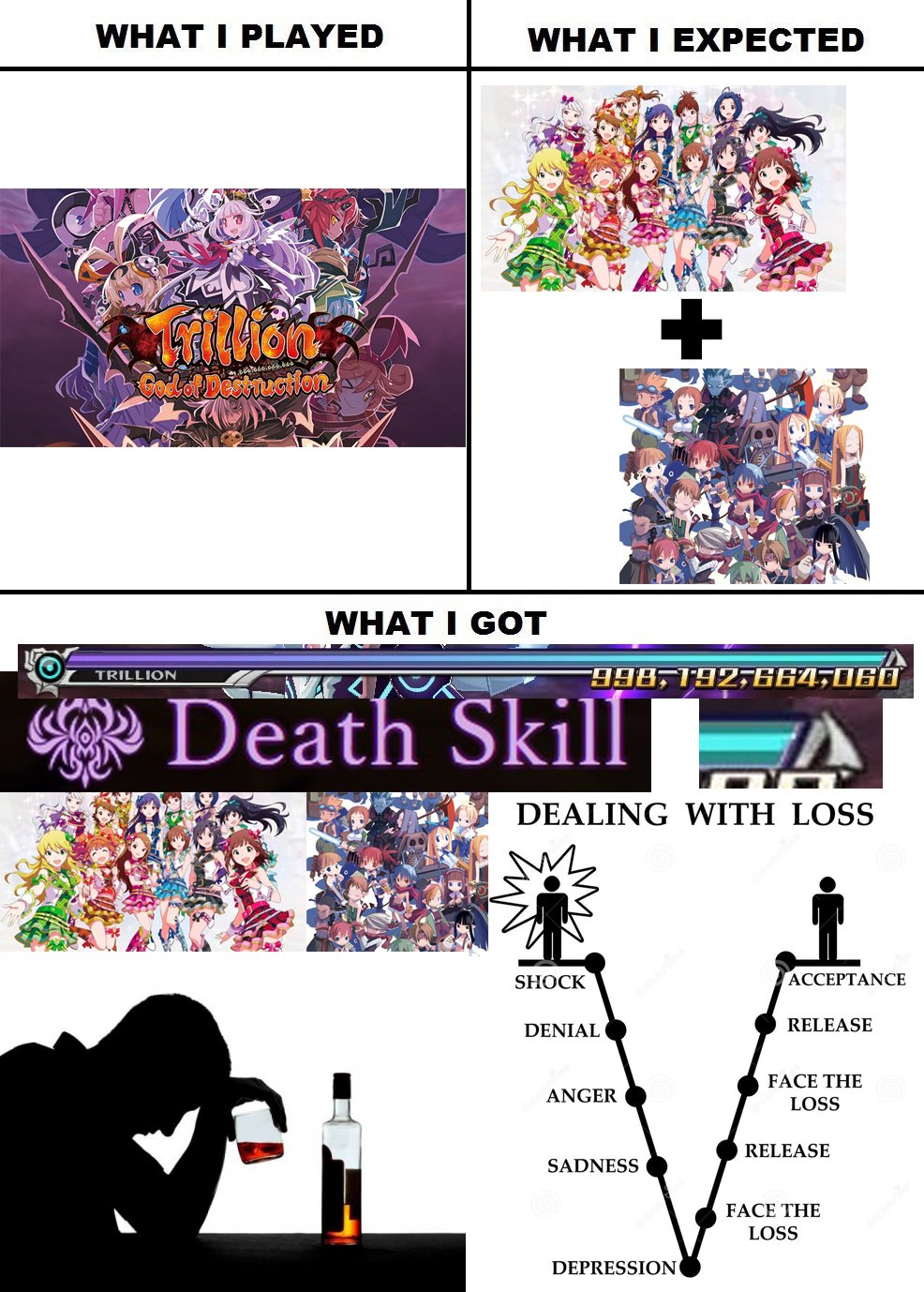 Trillion: God of Destruction 100% Achievement Guide
This guide will explain how to train your Overlords effectively as well as getting all of the achievements!
107 ratings 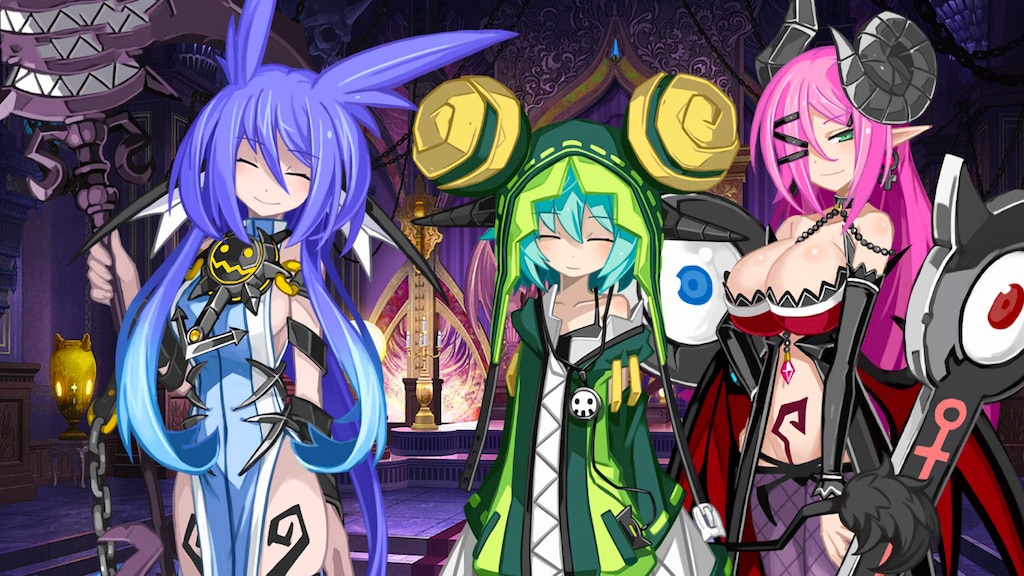 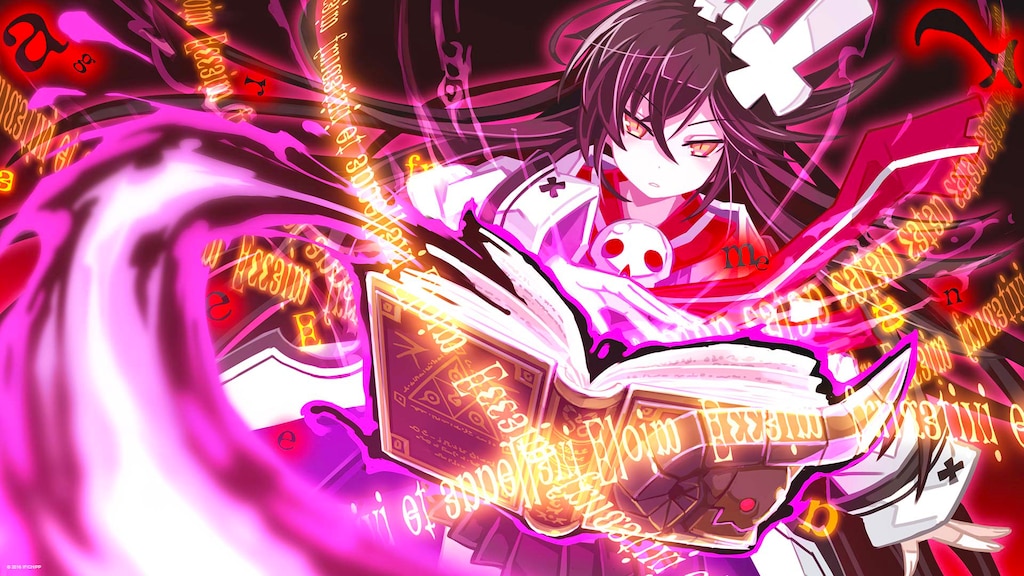 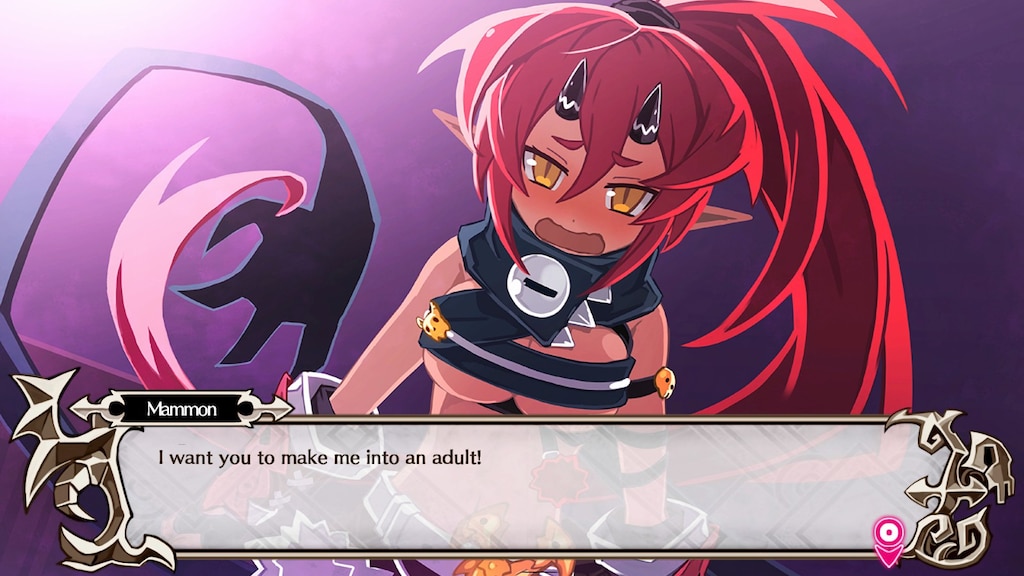 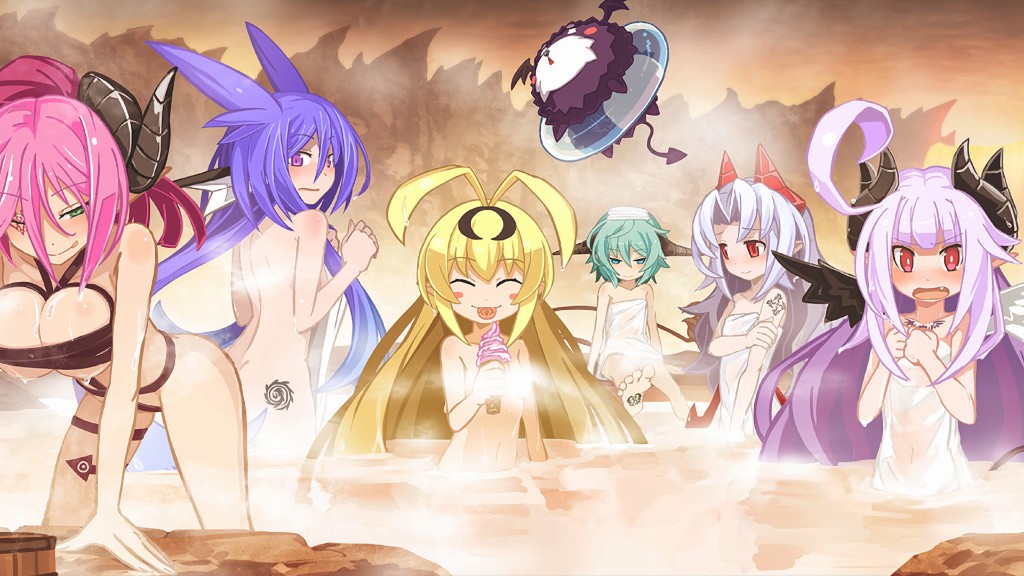 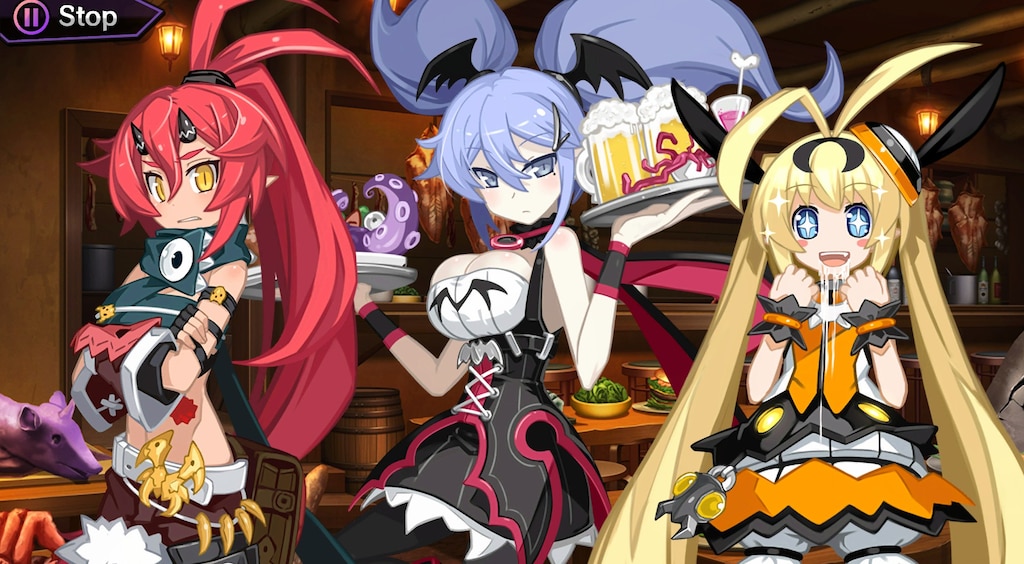 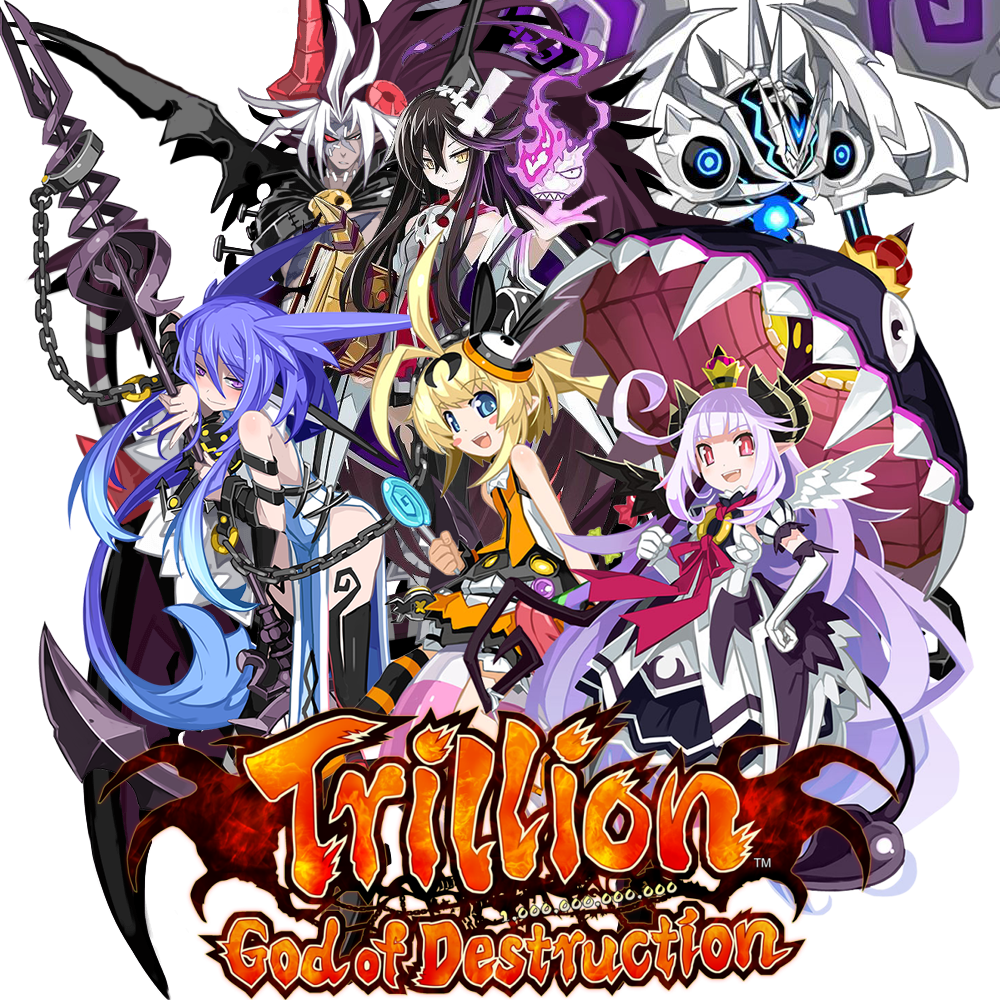 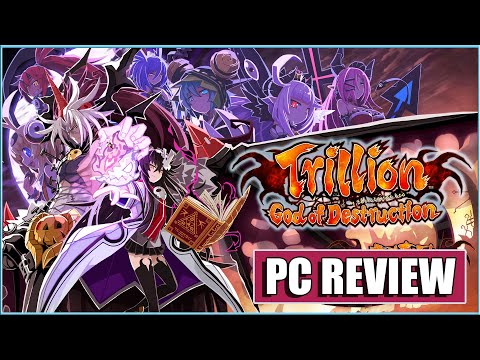 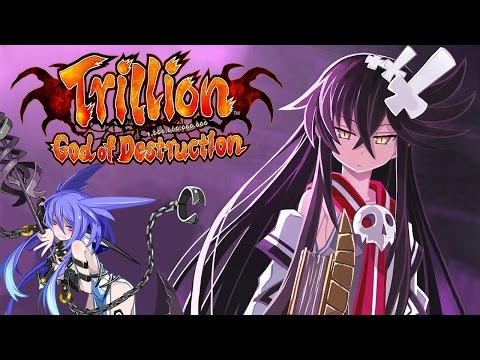 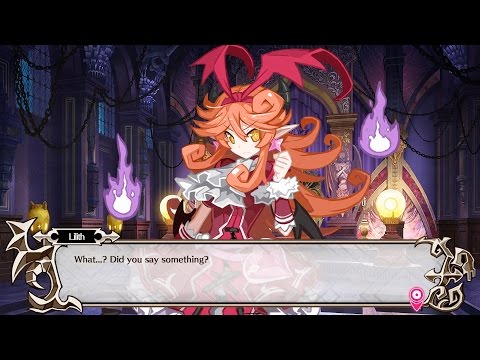 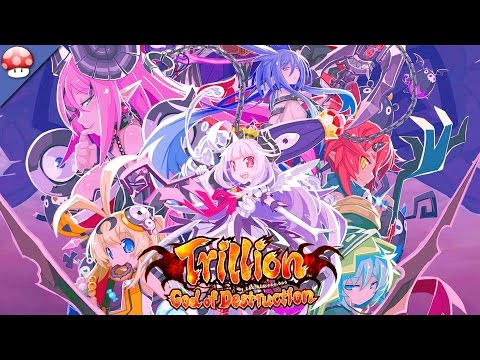 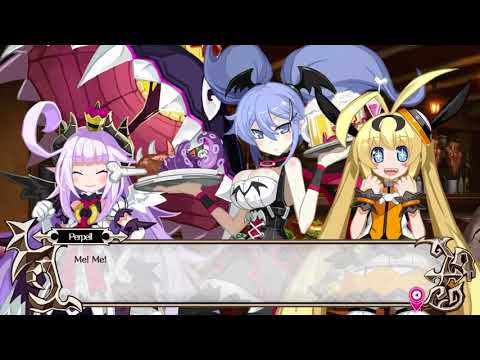 patyos
View videos
2nd playthrough?
So, am I to assume that once all of the overlords are dead, it's game over? Do their stats carry to a second playthrough or is it a total restart?
4

Deathraven13
Aug 26, 2019 @ 12:37pm
General Discussions
Game froze while loading the valley
Grrr. I guess this is one of those things where I have to remember to save all the time...
12

Corlain
Feb 7, 2020 @ 3:53pm
General Discussions
No one has rated this review as helpful yet

Recommended
4.3 hrs on record
A diamond in the rough. I give it a 7/10. This game clearly has a lot of unique ideas and put a lot of effort towards realizing these ideas. For all its flaws, I truly enjoyed my time with it, and would definitely recommend it to anyone looking for something unique.

Pros:
+ It has unexpected emotional weight and depth for an IF game. It makes you really care for the characters and their personal journeys of growth, all so that it will hurt that much more when one or all of them inevitably bite the dust fighting the insanely overpowered antagonist called Trillion. Yeah, the characters can permanently die when fighting Trillion. You then have to pick the next character to send off to fight this thing. This is harrowing because as you train each of them you really get to know their backstories and get attached to them, only to potentially suicide them later. It's all very Danganronpa-esque, in a sense.

+This game managed to create an antagonist that truly feels insurmountable. You keep training your most trusted and strongest demon generals to send them on suicide missions against this thing, and every general has to sacrifice their life just get rid of a small chunk of this thing's healthbar, or chop one of its limbs off, etc... It really feels like you have to keep on banging your head again and again on this unbreakable wall, losing more and more of your precious brain cells each time but also hearing the wall audibly crack with each attempt. Finally, you win, but at what cost? Everyone you knew and loved.

+Great visuals. The artist for this game is the same one that did the art for other great IF games such as Mary Skelter and Death End Re:Quest. The character designs and color palette are very clean and vibrant.

Cons:
- The gameplay loop is a mixed bag. This game is part management sim, part visual novel, and part mystery dungeon. It does the management sim and visual novel parts quite well. There are a bunch of random scenes that you can encounter as you train your general that lets you get to know them better. your The mystery dungeon style combat part is the "exciting" part of the game, but it's somewhat limited and generic. Just crank attack and speed as high as possible and bum rush Trillion. Spam one attack on its weakest spot, then move out of its telegraphed attack zone, then move back in. Rinse and repeat.

- Can feel repetitive after a while, as you have to train news generals again from scratch (with some stat and skill carry-overs) every time one dies - and they will inevitably die, as that is the way this game was designed. The game most likely does this so you can get to know every single general by the time the game ends, and make you feel as if you've sacrificed a bunch of your closest friends for your hard-earned victory, but that doesn't hide the fact that it's still tedious.