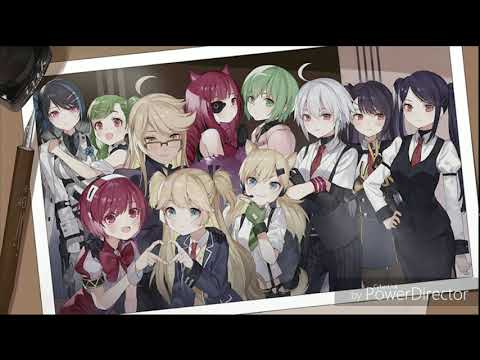 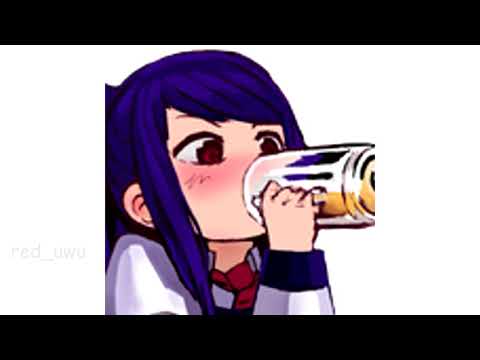 Complete Script Flowchart: ALL Decisions, Branches, and Outcomes
This guide is dedicated to completionists who want to see every single line of dialogue in the entire game.
218 ratings 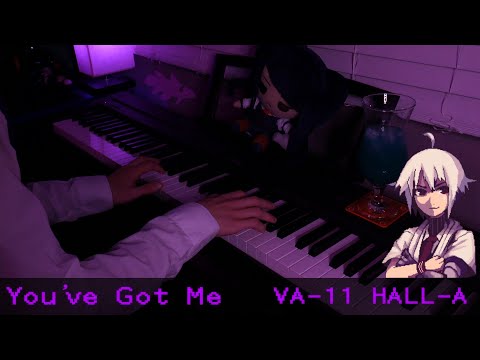 VA-11 Hall-A: Drinks at a Glance
A table I did for my second playthrough of the game, with all the drinks and their characteristics. It's quite visual so I though I would share it.
140 ratings 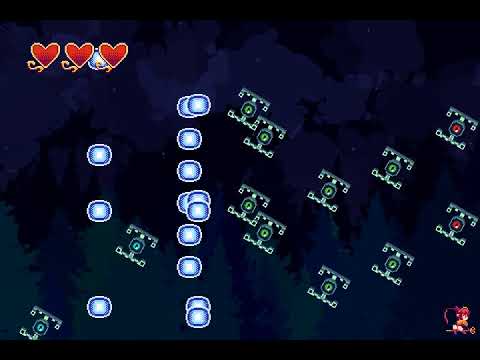 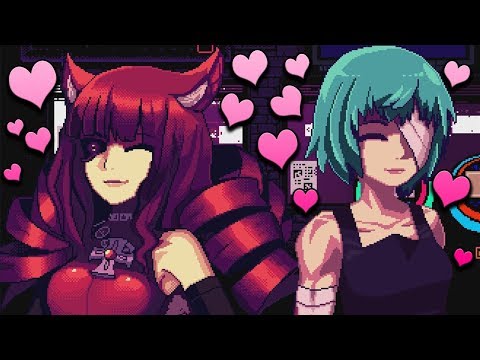 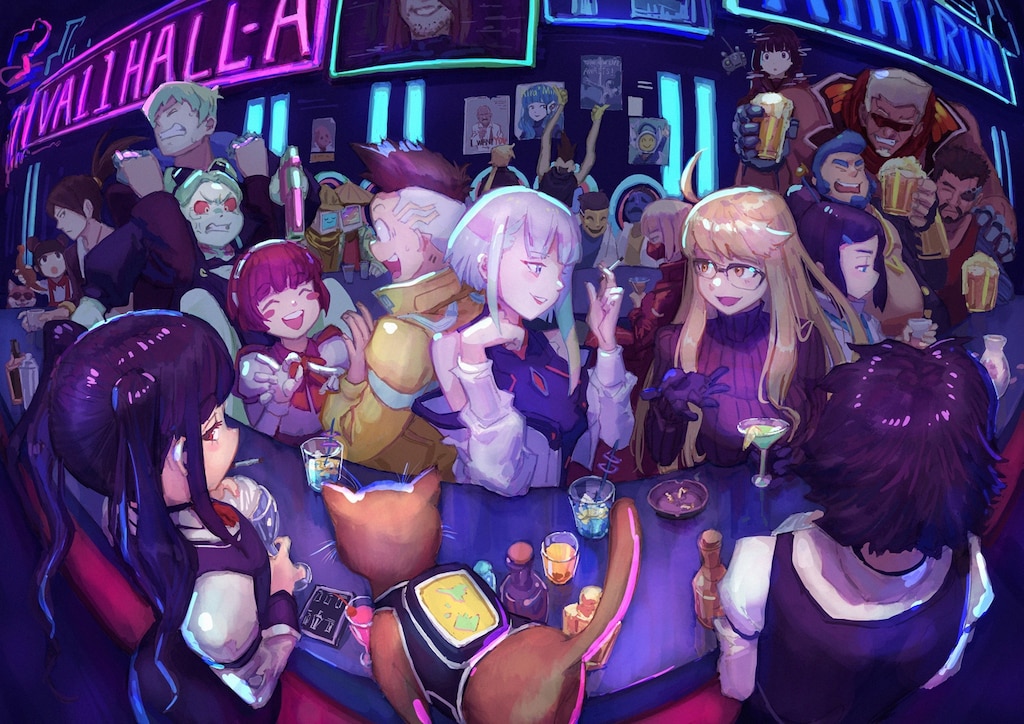 Recommended
26.2 hrs on record
Va-11 Hall-A: Cyberpunk Bartender Action is great despite all the odds that are stacked against Sukeban Games and its release is a miracle. Made by a group of Venezuelans from /u/, Va-11 Hall-A is not only a tribute to their love for cyberpunk, retro Japanese PC-98 games, and yuri, but also a reflection of their life in Venezuela. You can spot many 3rd world and authoritarian regime struggle that many Venezuelans suffered in its stories that is served via its cyberpunk theme like about some guy/gal getting harassed and attacked by the military when buying groceries, extremely high prices or even shortages of everyday needs, waiting in line for hours just to get flour, or how going out at night is not safe. In Glitch City, brutality in all its forms is an everyday reality and the quality of life for the non-powerful decreases at an alarming rate and marginalization are getting wider. In Caracas, the wealth gap separates the society and, even though many marginalized communities took to the street and was benefitted from the Bolivarian Revolution during the early Chavez's regime, the whole quality of life for Venezuelans decreases at an alarming rate during the later Chavez’s regime and hits the worst low in Maduro’s. It's really sad how things turned out for Sukeban Games so much that N1RV Ann-A is even now indefinitely delayed due to their situations back home. Even moving to a greener pasture (some have moved to Japan, the US, and other) can't guarantee a success since they are still tied to Venezuela. Va-11 Hall-A was made frantically and the sweat and tears that were shed during its making definitely shows and filled Va-11 Hall-A with soul and shows how Sukeban Games gave zero ♥♥♥♥♥ to their limitations.

The paragraph above only serves to show how lucky we are to have Va-11 Hall-A under the deteriorating quality of life in Venezuela and the struggle to make it, but they made it alright. Va-11 Hall-A is now widely known as that chill cyberpunk bartender visual novel, redeeming Venezuela's reputation from "that country that made Crazy Bus." It oozes Cyberpunk style, the usual trope of Cyberpunk such as neon city, police state, artificial humans, techno dystopia, and many more can be found in Va-11 Hall-A but the devs chose to focus on a more mundane setting, not a detective or runaway android but a bartender. That decision opens up a more down-to-earth themed cyberpunk story where the focus is not the world but the people. The writings and visuals of Va-11 Hall-A is amazing and was the creation of two friends, Ferfer (?) or Ironiclark (Fernando Damas) and kiririn51 (Christopher Ortiz). Both of them managed to create one of the comfiest yet engaging cyberpunk experiences and every part of the game correlates with each other, from its user interface to the dialogues, all of them really screams cyberpunk. The theme is cyberpunk, a genre that can demonize many kind of people, a genre where people always suffer, a genre that is known to be a story about dystopias, a genre that inspired from the worries of rapid industrialization, technological development, and capitalist insanity, and yet Sukeban Games manage to portray how the people stay positive from its characters and their interactions that never conform to the cyberpunk stereotypes even though they seem to follow the stereotypes on the surface.

For me the strongest part of Va-11 Hall-A’s narrative is not its story, but its characters and their interaction with the world. Ferfer [I’m not really sure what nickname to use, should it be Fernando?] managed to make a really intriguing cyberpunk experience by balancing plot and gameplay while also give depth to the characters. I don’t know if the characters were written first by Ferfer or were designed first by kiririn51 but all of them are perfect. I won’t go into detail about the characters but the main protagonist, Jill Stingray, and her friends, colleagues, and clients are an interesting bunch with different perspectives of life and slowly we’ll see their problems and secrets. Some characters seems to be your typical cyberpunk character and some are an interesting reflection of Venezuelans or the writer’s personal experience but they don’t shove their character themes to your face since Ferfer always put depth into the character or balances things out to move away from stereotypes. The dialogue and the interactions between characters are great although it can be annoying at times but it is nice and engaging to read. Now, the gameplay experience can be underwhelming since it’s really simple. Hell, I even have a more engaging and fun experience of mixing drinks in Space Station 13 than in Va-11 Hall-A. But the bartending mechanic had to be there to enhance the experience and even though it is simple, Ferfer successfully incorporates it to the world and story, you’ll appreciate if you see the ingredients and its explanation. You’ll mix drinks and change lives, including Jill’s. The story isn’t something groundbreaking, and some might even don’t find the idea of reading it entertaining, but I was definitely invested into the story.

Again, the characters are the best part of Va-11 Hall-A and that is also because of kiririn51 character designs that are really beautiful with many defining features. Humans and their artificial limbs, the artificial humans, brain in a jar, all screams cyberpunk though with a moe twist. You could also see the retro/PC-98 VN inspired artstyle, not only in the characters but in the overall artwork and the user interface. They managed to align the art and the narrative and which shows how the final product is a labor of love, not surprising since the game design and original concept was the work of Ferfer and kiririn51. CALICOMP, Jill’s Room, DANGER/U/, and all other part of the game evokes futuristic yet cozy vibe. You’ll be in the dark for most part of the game so I’ll recommend playing it in the dark.

And then who can forget the official soundtrack which for many are the best part of the game. Garoad (Michael Kelly) crafted a very nice compilation of chill retro-synthwave inspired soundtrack and I believe he was inspired by other video game composers like Ryu Umemoto and Shoji Meguro. You are in control of choosing the songs before bartending and they will accompany you throughout Jill’s shift. I still listen to the OST from time to time after years of playing, my personal favourite is Nighttime Maneuvers and I think track 1-4 should always be combined together when listening to the soundtrack.

I really enjoyed Va-11 Hall-A and my 2nd playthrough of it was still really comfy, playing it drunk even immerses you more into Va-11 Hall-A. Grab a drink, position yourself as comfortable as possible, and turn up the volume because you are definitely in for a ride. Sukeban Games is a really small game studio comprised of a group of friends with similar interests trying to share their passion to the world and they deserve the success. If you read the credits of Va-11 Hall-A you can see how small the number of people that is involved in the making of Va-11 Hall-A. I believe they are currently in a unfavorable situation but they are still posting updates and their works. Recently Sukeban Games released a short story titled VA-11 Hall-A: Sapphic ♥♥♥♥♥ Rhapsody, be sure to check it out if you are craving for more Va-11 Hall-A content.

Recommended
15.0 hrs on record
There's at least 2 lesbian in it 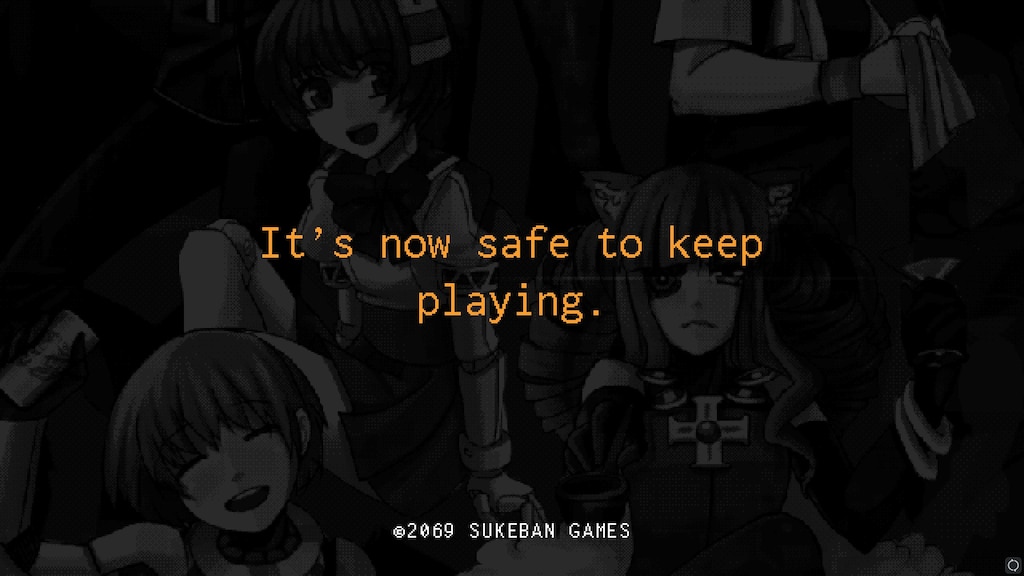 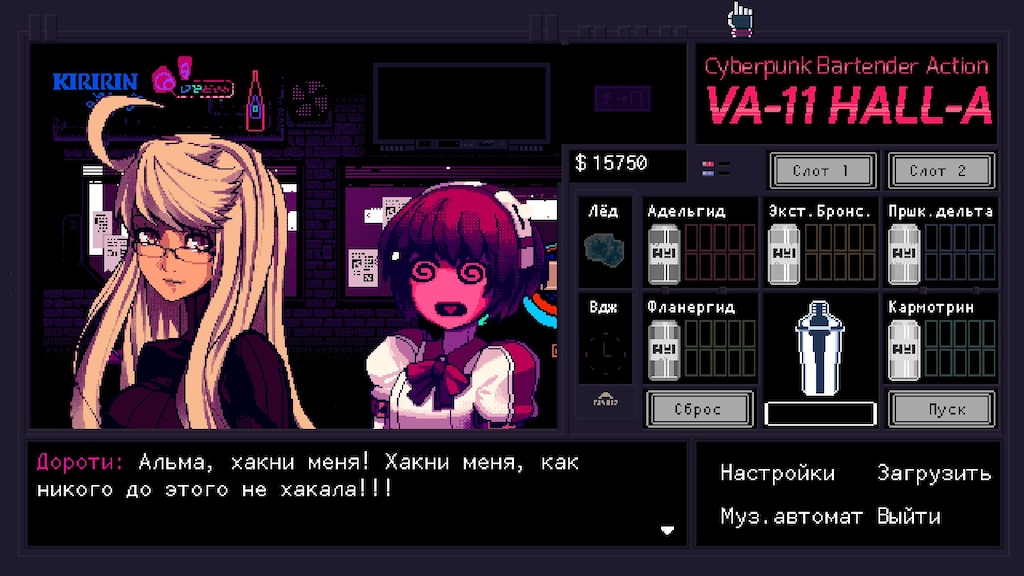 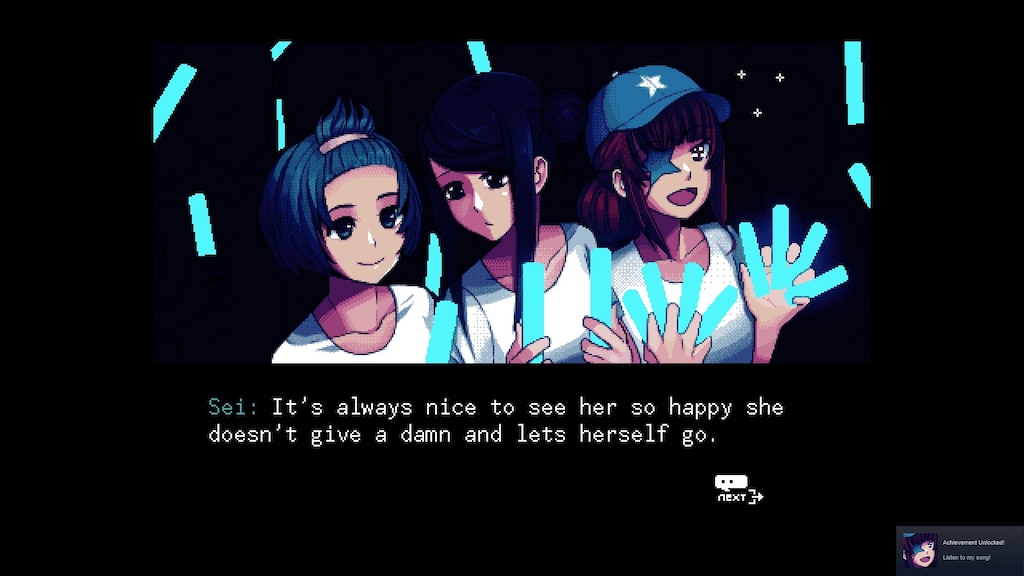 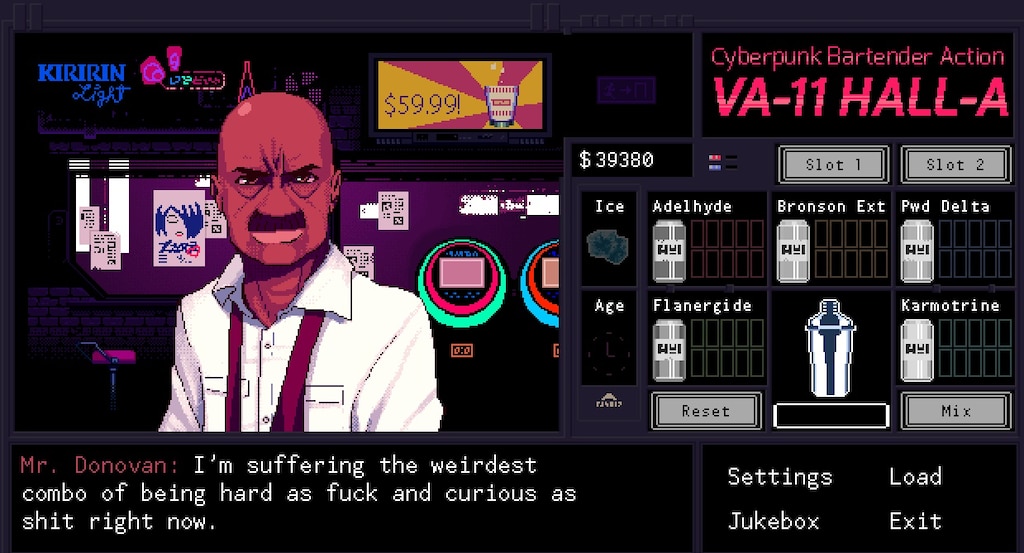 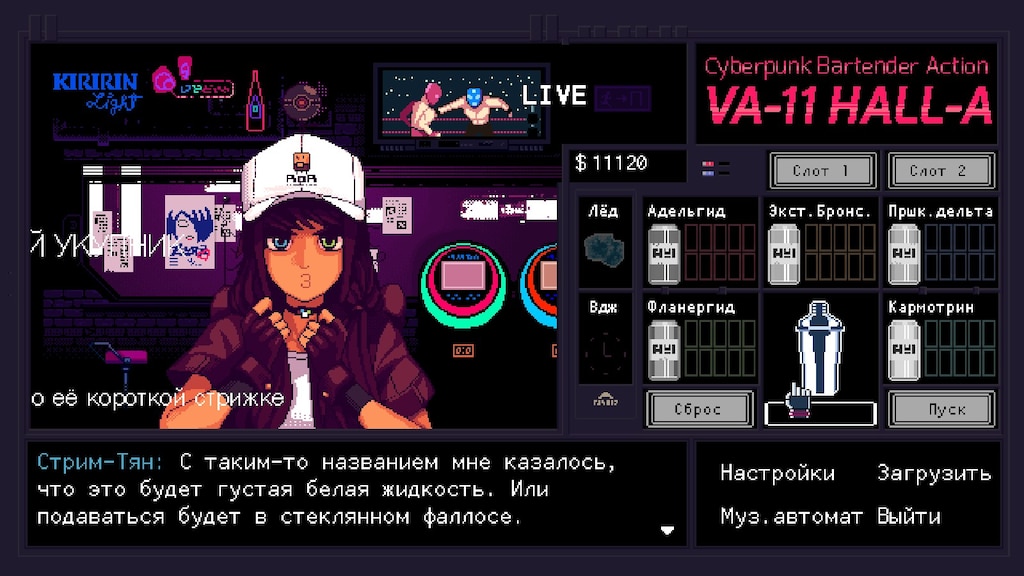 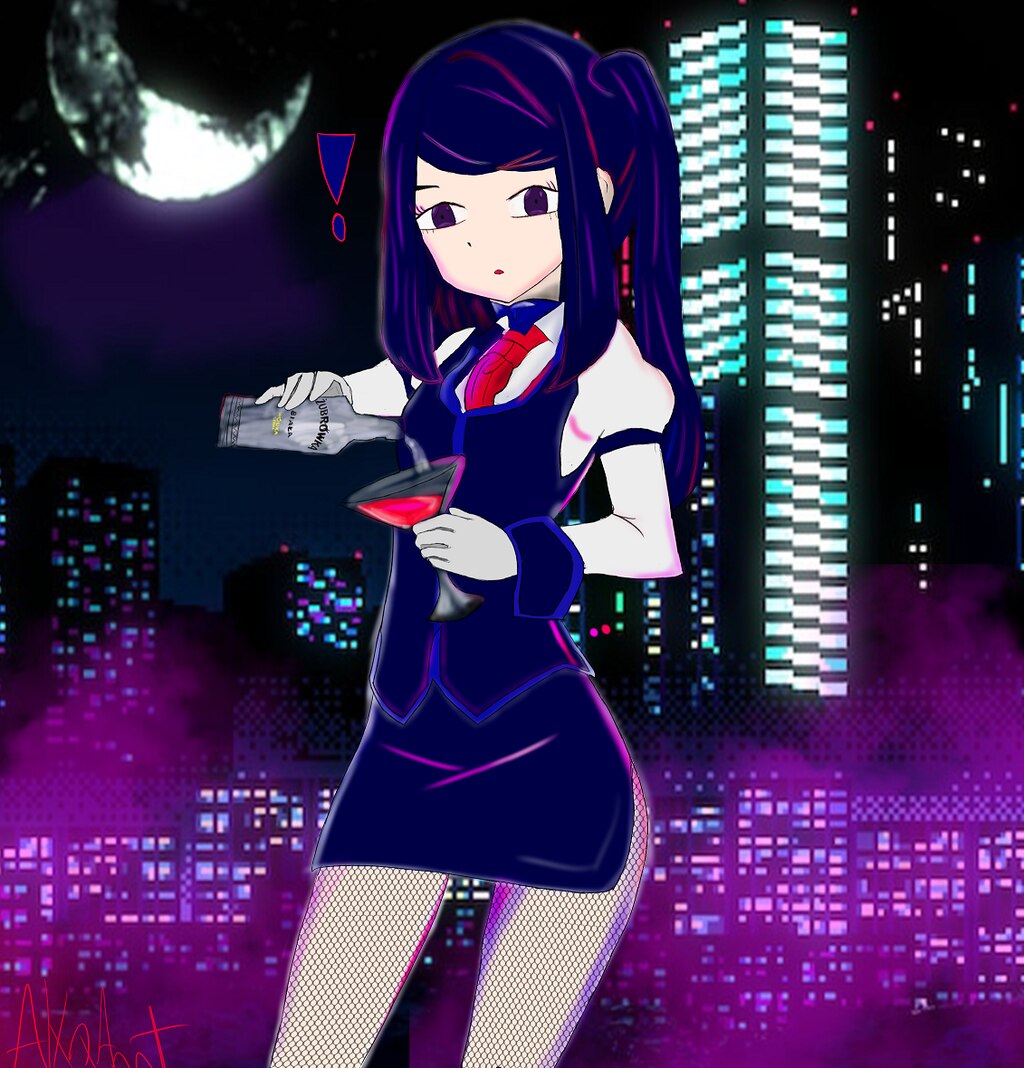 fk the police
View artwork
People you can get drunk
So I saw a gif of stella being drunk or something recently and was wondering how many people can you actually get noticeably drunk? I know dorothy and streamer chan and technically Jill during the stay over thing, but how many actually are there and how do you trigger them?...
2

Jorji Cooperation
Jan 8 @ 3:41am
General Discussions
Bug/Typos thread!
Tell us about any bugs and grammatical ♥♥♥♥ ups you find! Please fill this form with as many details as you can and we'll get on them. https://docs.google.com/forms/d/1hJp3TrNz--nGVCDJSeXnAkdTMYYu5eZZhTQlGpufVpg/formResponse Major issues and...
346