Shakes and Fidget is a fun fantasy RPG satire and an award-winning role-playing game at the same time! Sounds crazy? Over 50 million players make it one of the most popular online games in the world!Customize your own comic book hero and conquer the top slot of the Hall of Fame!
Visit the Store Page
Most popular community and official content for the past week.  (?)
Epic Shopping Spree Extravaganza, Sands of Time Special & Let's Play S&F
May 12
Hello heroes!

We will have EPIC SHOPPING SPREE EXTRAVAGANZA and FORGE FRENZY FESTIVAL from Friday to Sunday! 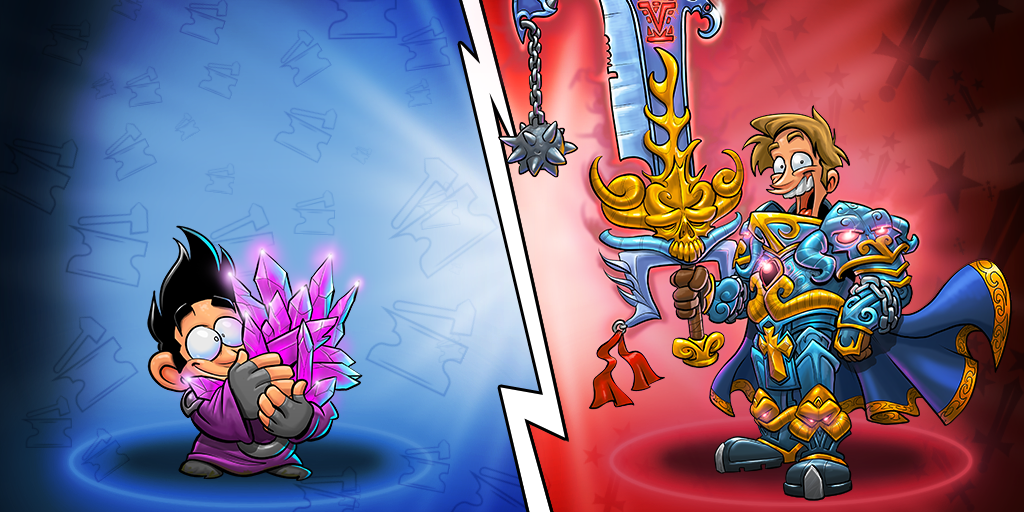 Today at 4 p.m. Mo and Mika will stream a LET'S PLAY SHAKES & FIDGET on Twitch! Get ready for some giveaways! https://twitch.sfgame.net

Next weekend we will celebrate Whitsun with Exceptional XP Event, Sands of Time Special, Glorious Gold Galore and Fantastic Fortress Festivity from Friday to Whit Monday!

Shakes and Fidget
40
0
Settings button isn't working
I can't get past the mushroom loading screen when I click on the settings button, anyone else experiencing this? I may stop playing it on Steam at this point as it doesn't allow me to adjust anything.
9

Mr Wanderer
Apr 27 @ 9:36am
General Discussions
Latest Patch Not Working
The latest patch isn't working on my Mac notebook. Previous version worked fine. The game launches, maybe seeing a completed mission (started from my phone), but when trying to get into a character, the "mushroom" waiting animation never stops, and I need to quit the game. It's unplayable. I have the macOS 11.2.3 (latest, I think)....
17

Avix
View all guides
Update 8.1 and Weekend Events
May 5
Ding dong! Has anyone ordered an update? Here's version 8.1 fresh from our update forge. It will be available worldwide on Thursday!

From Friday to Sunday we will have our EXCEPTIONAL XP EVENT and SANDS OF TIME SPECIAL! 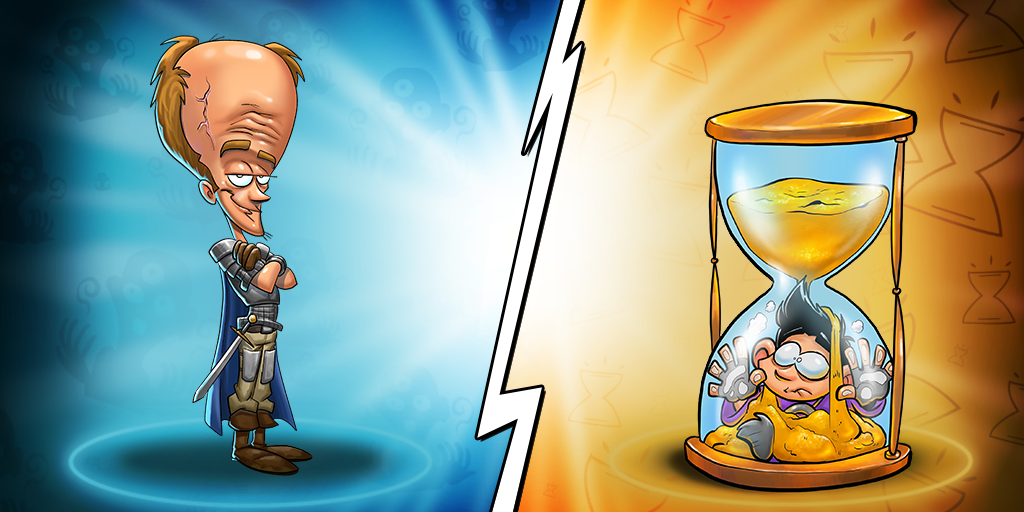 Next week there will be Epic Shopping Spree Extravaganza and Forge Frenzy Festival.
More details on events: https://forum-int.sfgame.net/showthread.php?t=667 and in your local forums.

Moreover, Mo and Mika will broadcast a Shakes & Fidget Let's play on Twitch today at 8 p.m. CET, of course with giveaways! https://twitch.sfgame.net

Shakes and Fidget
107
19
Guild is full
Hi, our guild has 10 members and is full now, how do i upgrade the guild for more members?
1

Character creation - Builds, Races, Classes and gearing up your Hero
This guide will make your character strong.
235 ratings

Leander Playa Games
May 7 @ 1:39pm
General Discussions
How to get steam account on mobile?
When i select login on android it initially asked for my username, so I entered my email and it said it was not found, now it only offers to make a new account.
4 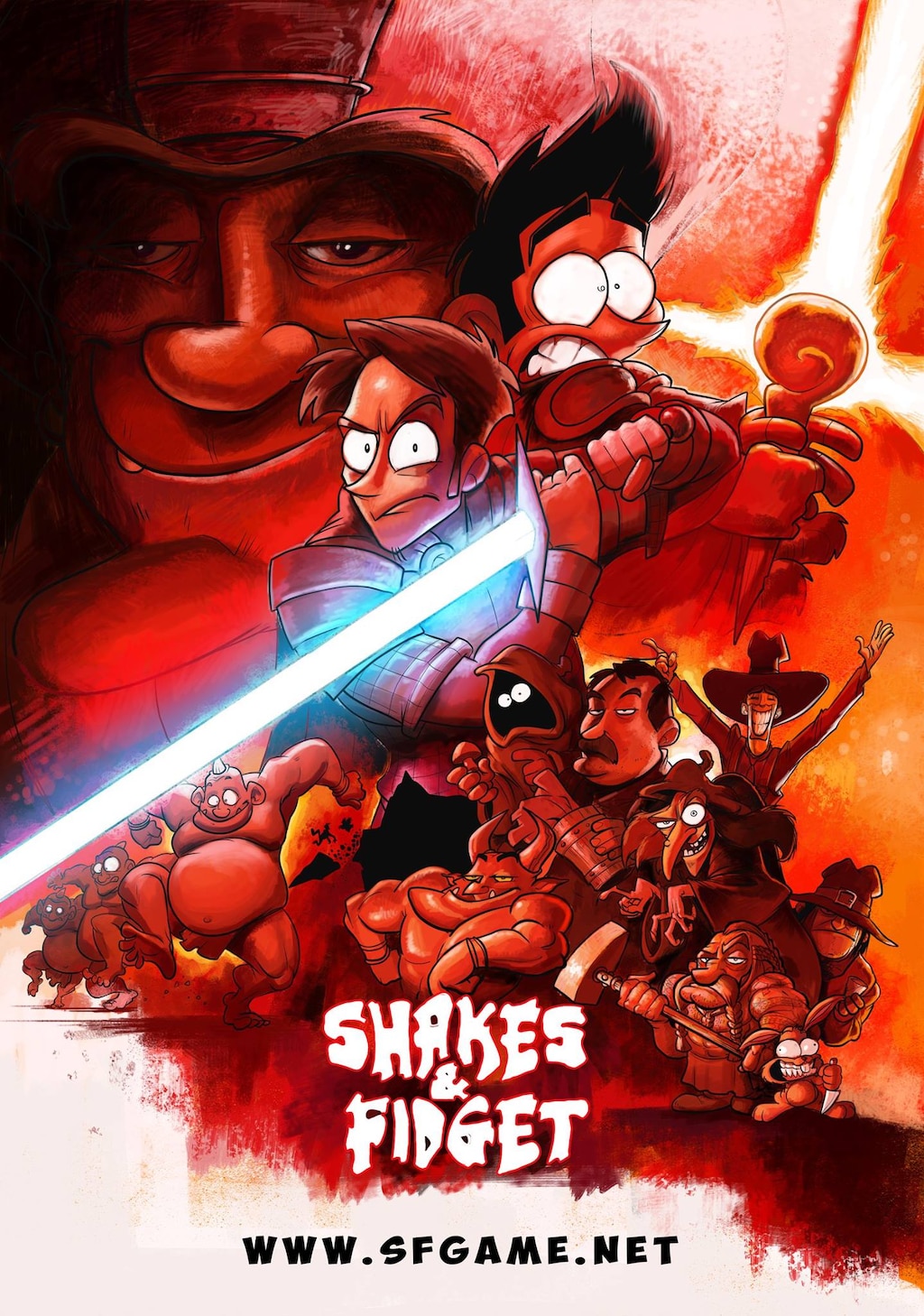 Playa Games
View artwork
Walpurgis Night and Labor Day
Apr 28
Nibble nibble for your sake, nibble nibble take a break! It is no sorcery! Although we will be celebrating WALPURGIS NIGHT and LABOR DAY from Friday to Sunday, there will be plenty to do with seven events at the same time including two brand-new ones: WITCHES' DANCE and PIECEWORK PARTY. The witch will accept any equipment in her cauldron and you can skip quests for free! The other events will include Crazy Mushroom Harvest, Glorious Gold Galore, Fantastic Fortress Festivity, Days of Doomed Souls and Tidy Toilet Time. 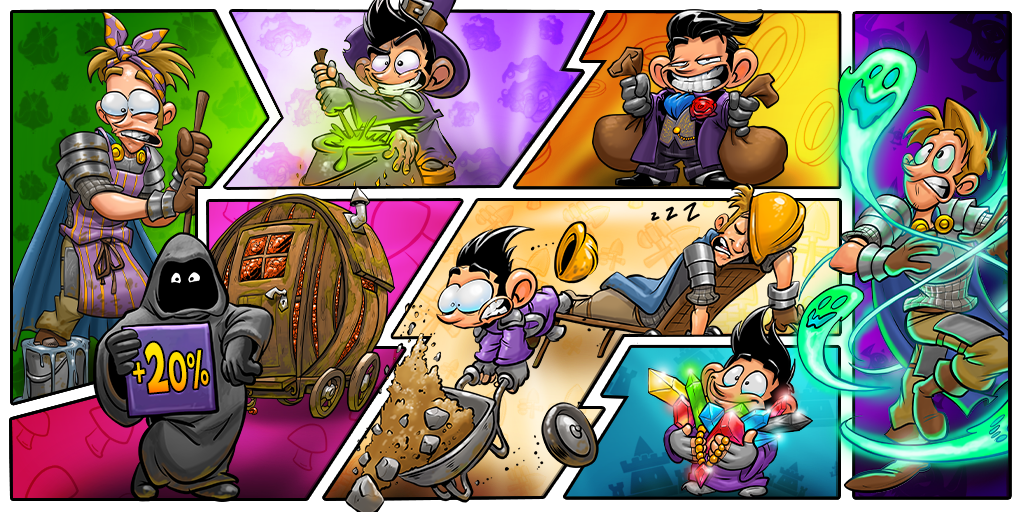 Moreover, m3lly will host the third Shakes & Fidget Show live on Twitch on Friday at 7 p.m. CET! In addition, there will be a regular stream today at 8 p.m. CET: https://twitch.sfgame.net 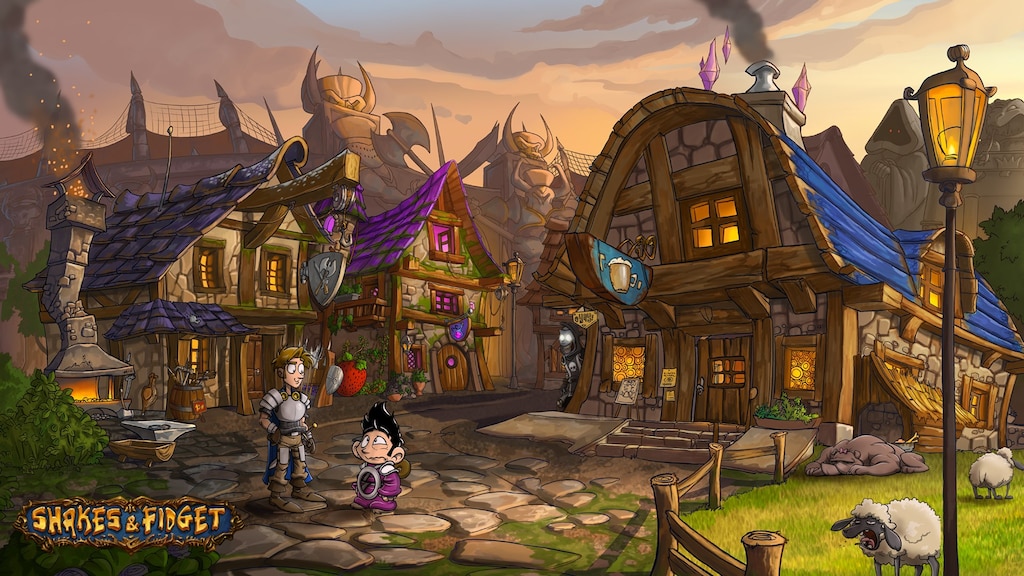 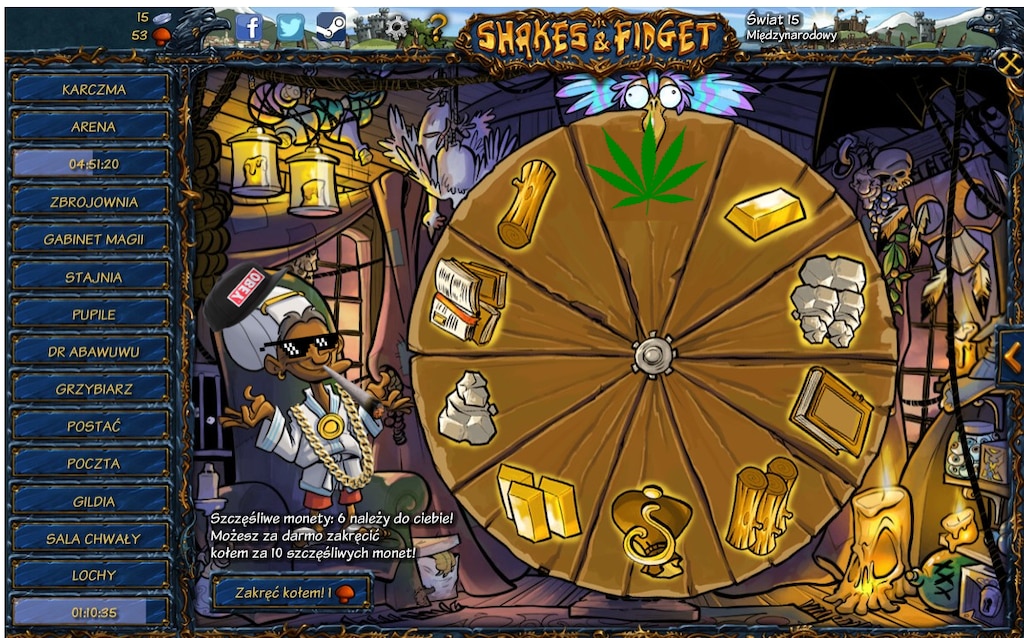 0
0
Evolution Of The Fortress 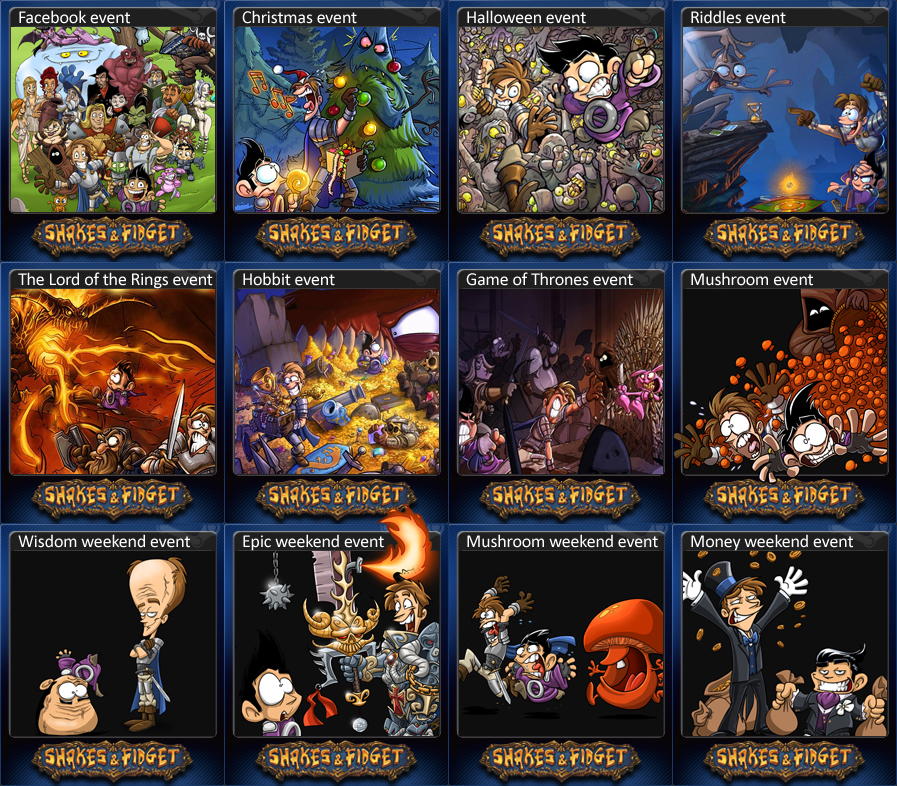 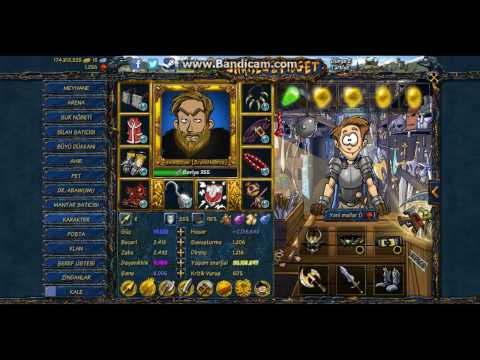 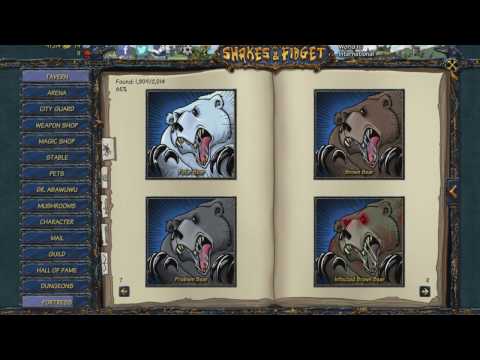 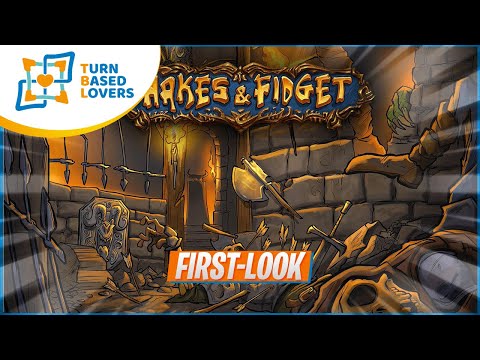 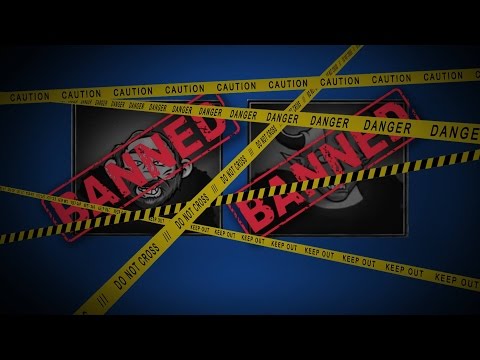 Recommended
57.3 hrs on record
I definitely recommend a good RPG game for relaxation as well. They are constantly adding new events and I like that. 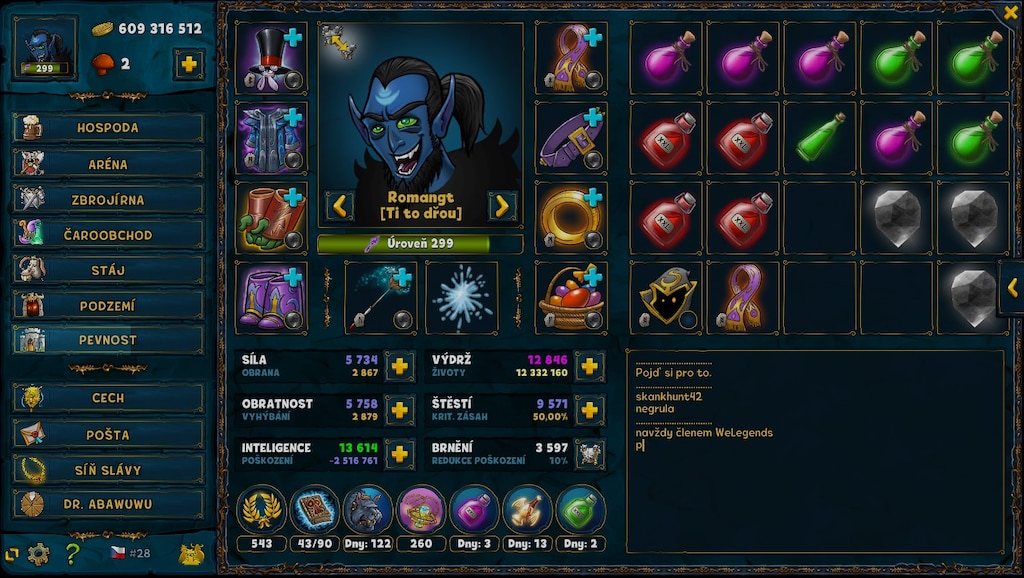 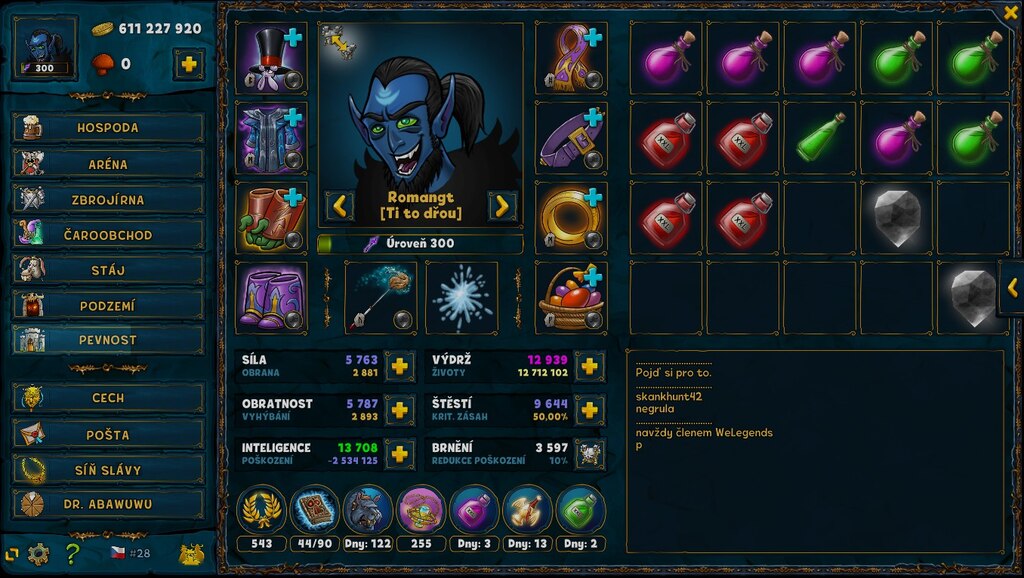