Golf With Your Friends

Why have friends if not to play Golf... With Your Friends! Nothing is out of bounds as you take on courses filled with fast paced, exciting, simultaneous mini golf for up to 12 players!
$14.99
Visit the Store Page
Most popular community and official content for the past week.  (?)
Golf With Your Friends 1.0 Launch - Escapists Course & More!
May 19
Welcome golfers!

We're super excited to announce that Golf With Your Friends has now left Early Access and is a launched game! Thank you to everyone for your support and the important feedback you've given! We're also thrilled to announce The Escapists have landed on the Steam fairway with course 12, more details below!

If you're new to the game, Golf With Your Friends is a 12 player simultaneous mini-golf game, that you can play online or offline in a local hotseat mode. Tee-off on 12 themed courses from a peaceful forest, Egyptian desert or even a Worms battlefield! Customize the game lobbies your way, want a hockey puck and net? No problem! Want to play golf ball basketball? No problem! Plus, party hard with powerup pickups like a ball randomizer, honey trap and much more!

Let's move on to what's new with this launch version!

The Escapists Course
Break out of our brand new 12th course with The Escapists! We can't wait for everyone to explore the prison whilst dodging new obstacles like guards, dogs and even other Escapists.

We also hope everyone will enjoy the Escapists style audio track that plays in the background. Plus take in the familiar environments and characters if you've played The Escapists series!

Steam DLC Bonus
Due to the lack of pre-order on Playstation 4 and Steam we'll be granting the Caddy Pack Cosmetic DLC (3 hats and 3 floaties) to all players who buy the game on these two platforms within a week of today's launch. Current Steam Early Access owners will also receive this Caddy Pack once the game leaves Early Access!

Steam Early Access Pricing
Golf With Your Friends is currently still the Early Access price on Steam, to celebrate launch this discount will remain for one week following the launch, so be sure to pick it up quickly for free DLC and a great price!  (This is £6.99/$10/€8.99 for launch week, then it will increase to £10.99/$14.99/€13.99)

See Golf With Your Friends in action!
We’ll have livestreams and VODs running from 6PM BST on the Golf With Your Friends Steam page! Plus, we’ll be hosting a launch day special livestream and giving you the chance to win one of five pairs of copies of the game on Steam! Tune in to the Team17 Twitch[www.twitch.tv] channel at 4PM BST to join the fun!

Thanks again for all of your support and we hope you enjoy all of the new features in the game!

If you haven't gotten GWYF already you can get your hands on it here:

Keep up to date with GWYF with these channels:

Golf With Your Friends
33
222
Dead game?
I see 500 or so players on steamcharts but there are no lobbies and no one in quickplay. What gives? Is everyone playing by themselves?
7

Roy Batty
May 29 @ 7:47am
General Discussions
Golf with Friends Map Editor Bug
so i have spend the best part of 3 days (on and off) making my own map. only for today me to log on and for it to say i have used to many tiles. now i knew i hadnt, so i logged off and reloaded. when i loaded back up the tiles had now doubled. subsequentl...
8

Hole in one's
Report about mistakes in comments. Soon all maps will be ready.
72
587 ratings

Loaf
84 products in account
0
The Escapists are breaking out into Golf With Your Friends
May 15
Hey golfers!

The Escapists course is coming to Steam with launch on May 19th! Make your escape from the prison themed 18 hole course where you'll avoid guards, other inmates and more! Please note that The Escapists course will come at a later date to Nintendo Switch, Xbox One and Playstation 4 following their launches.

Find yourself in cells, around the food hall and even in the sewers plus it will also bring an Escapists style theme.

New objects will also find their way on to the level editor on Steam for more amazing community created courses!

We can't wait for you to check it out yourselves!

Golf With Your Friends
26
293
Artwork 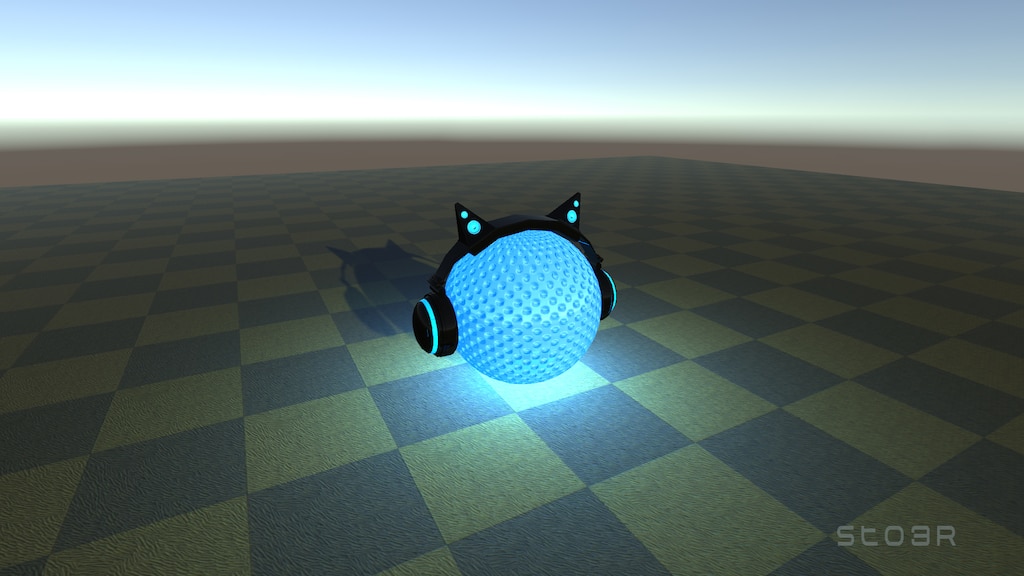 A lot of the community have been asking about the pre-order situation for Steam users and we're thrilled to finally announce that all early adopters in the Early Access and those that purchase the game on Steam up to a week from the release will receive the pre-order bonus 'Caddy Pack'. This includes 3 hats, and 3 floaties!

See them in action here:

Golf With Your Friends launches on the 19th of May and we can't wait for everyone to check out the new content, improvements and fixes - or even just the game for the first time!

Discount
It's your last chance to get Golf With Your Friends at the Early Access price of $9.99 for now until the week after launch! So for the bonus content and price it is the best time ever to take a putt into GWYF!

Win
We're also giving away a Switch Lite to celebrate the fact GWYF will be coming to the Nintendo fairway, which you can swing at here: https://gleam.io/Sv430/win-a-nintendo-switch-lite-golf-with-your-friends-code 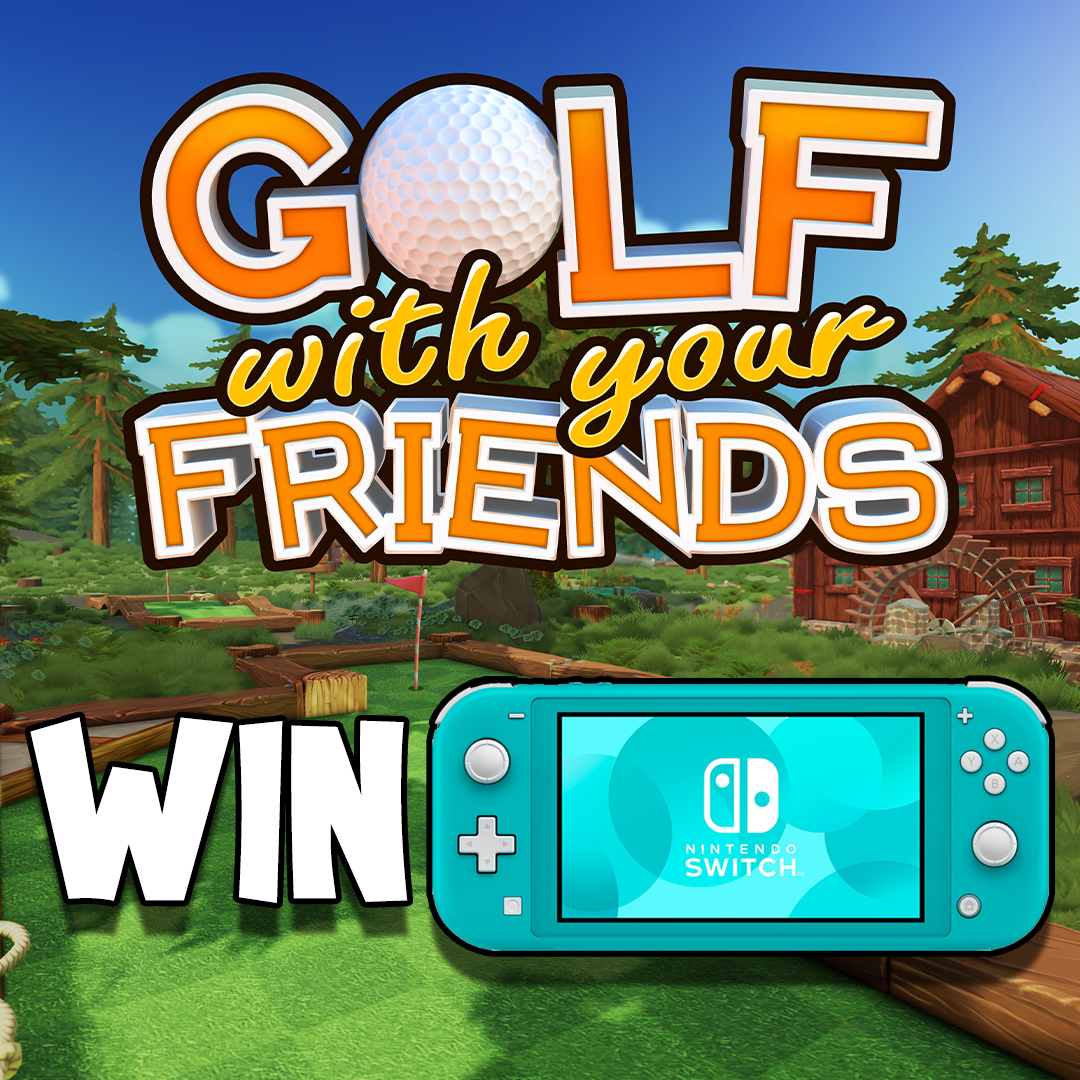 Pre-order
You can also pre-order on consoles

Playstation 4 will have the same situation as Steam with 1 week to buy the game from the 19th of May release to receive the pre-order bonus content!

Thanks for reading everyone, we can't wait for everyone to get their hands on the release version!

GWYF Official Courses Super Jump Strategy Guide (2020 Physics and UI Update)
With the help of this guide you should be able to shoot par or better on all 11 Official Courses with Super Jump enabled. The majority of the shots in this guide were either discovered or popularized by YouTubers Ghostzapper, I Got A Wooden Spoon,Gizzy GG,...
11
135 ratings

Country Mac
View all guides
Lighting Glitch
My game is having issues with the lighting on the trees and backdrops going crazy. Anyone have similar issues or a fix?
1

yeahsurem8
10 hours ago
Report a Problem
Collision doesnt work after 1.0 Release
After the Update 1.0 is the Collision most of the times Random :( Is it a Bug? We cant bounce the other players away if we shoot at them (Collision Option is activated) Sometimes in 10% Chance there is a Collision
23

On Par! Achievements
The purpose of this guide is to help you get the achievement "on par" for every maps. (updated for 1.101.6) Add me on Steam if you find some bugs!
49
141 ratings

Recommended
22.2 hrs on record
This game is very amazing! Still, I rage when I went out of bounds... even a little.

P.S: This game has a chance to break friendship. How? When someone starts laughing at your failure in-game.
(Or maybe I'm being sensitive, I don't know. Still, I sometimes jokingly rage to make my friends laugh and have a good time.)

Recommended
44.0 hrs on record
Compete with your friends to see who is the most middle aged amongst yourselves. 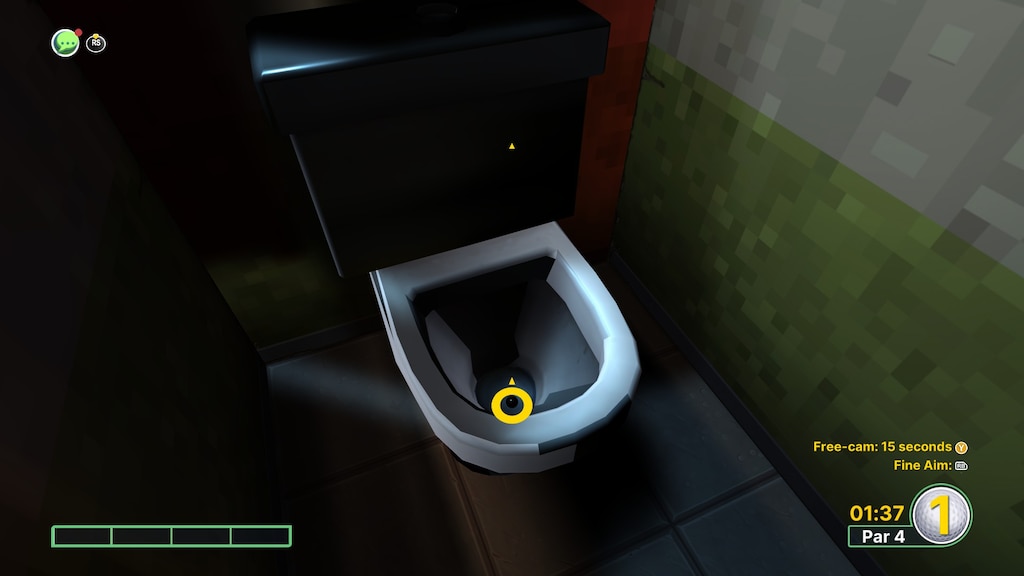 4
Ban
15
Golf From Your Toilet 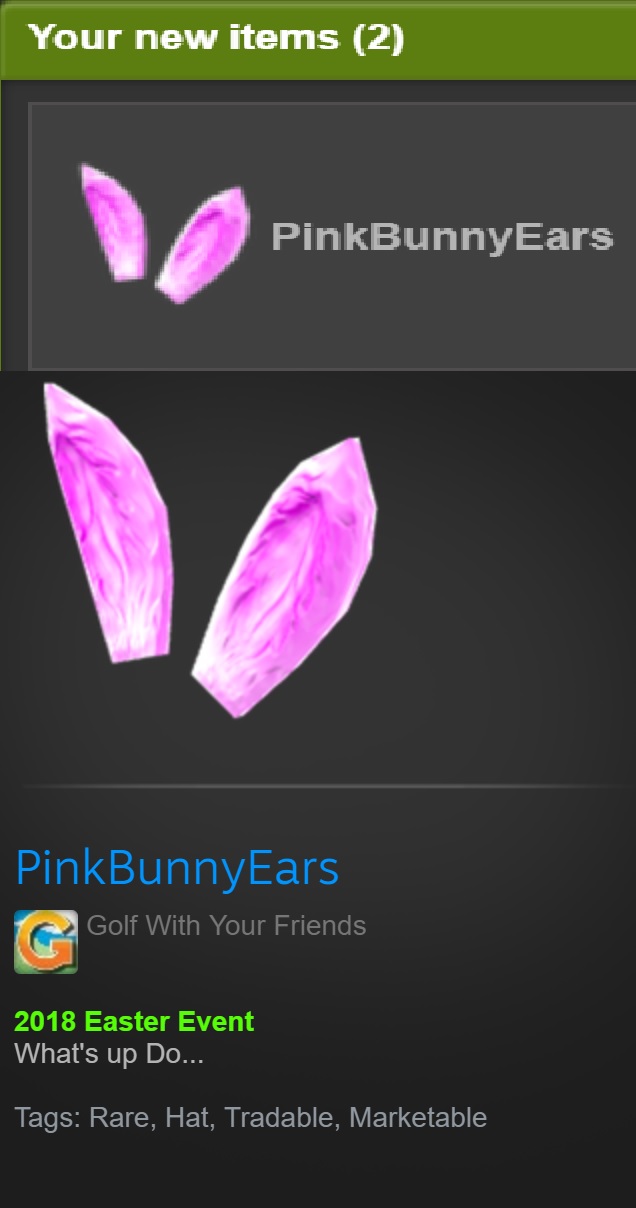 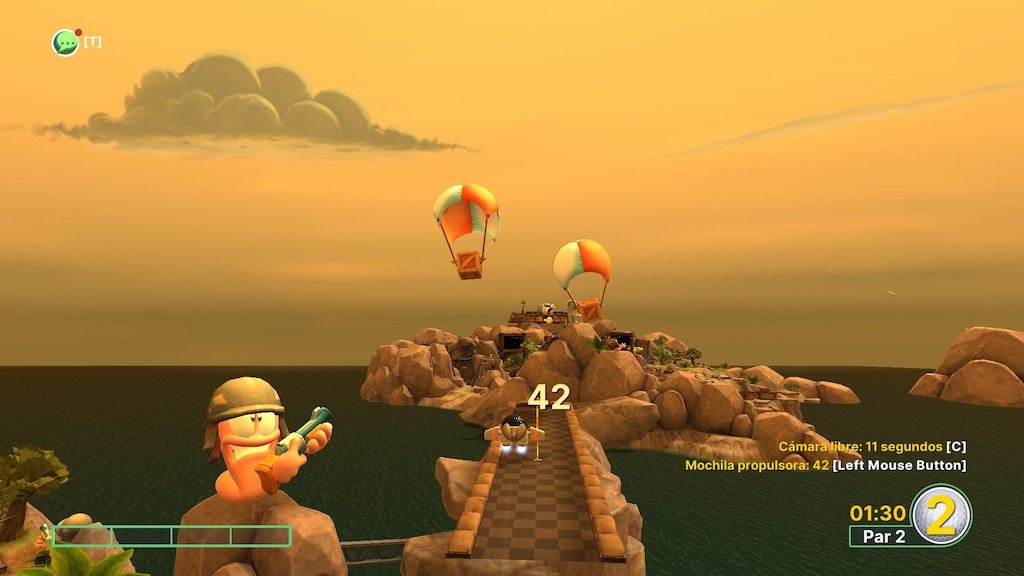 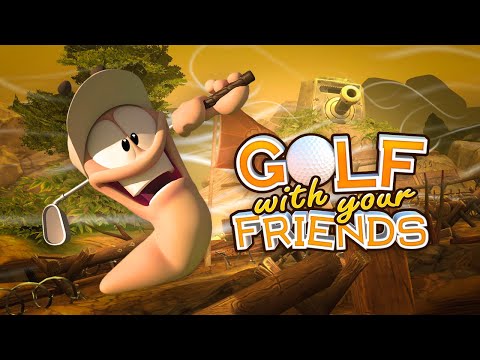 0
5
Golf With Your Friends: Collisions Enabled! 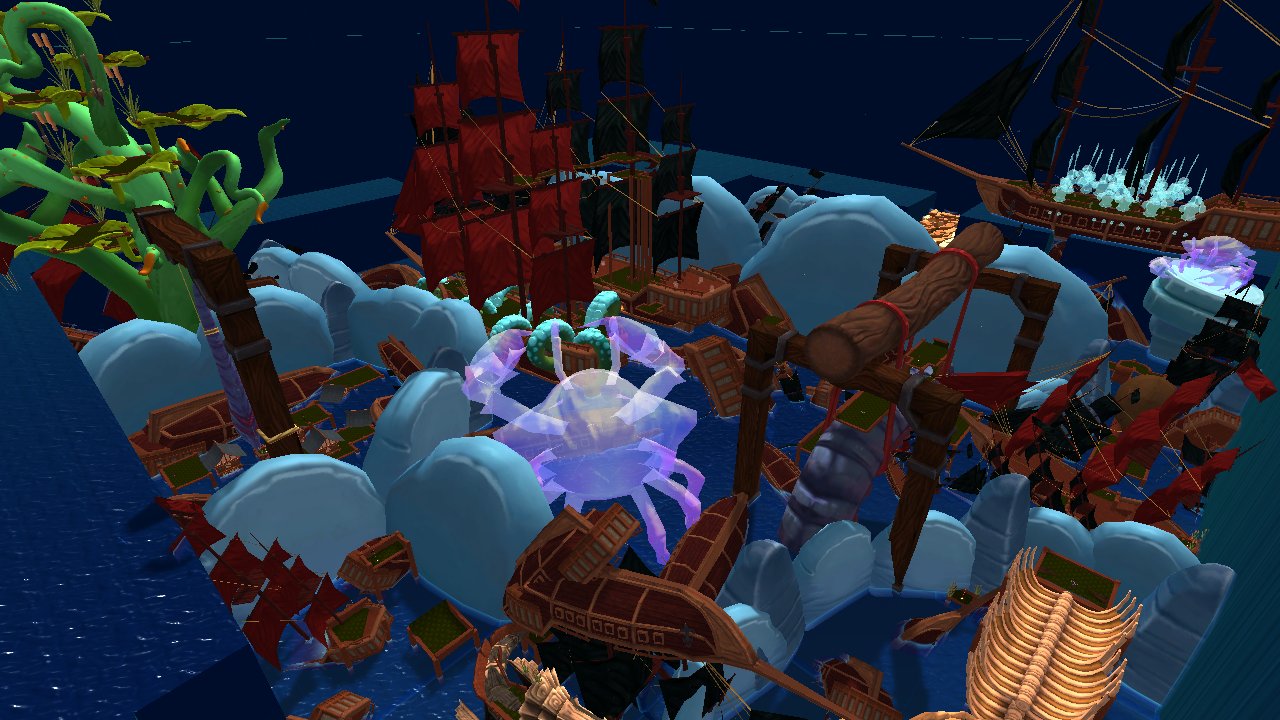 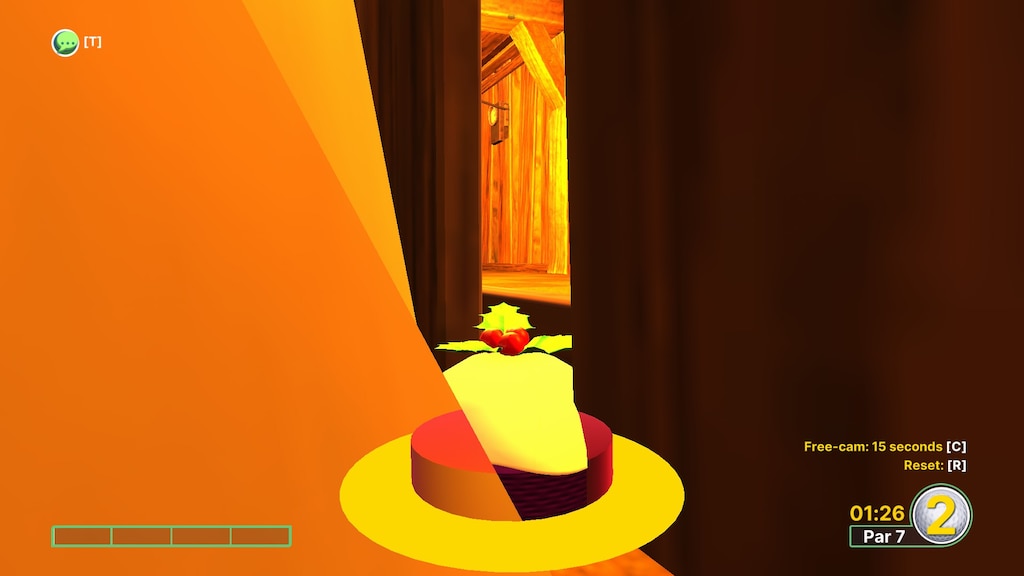 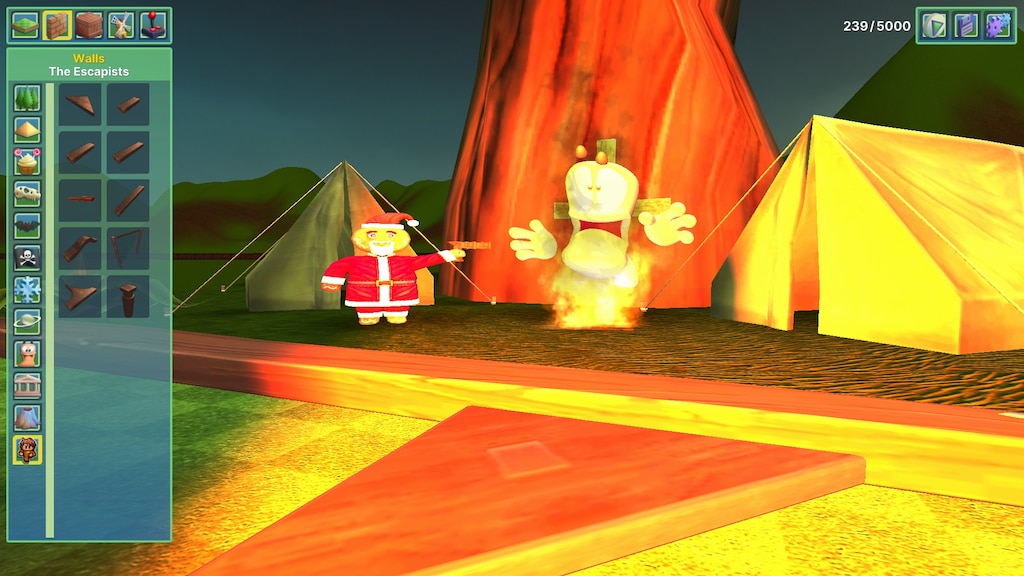 Hole In One Guides & More
Hello and welcome to this Ultimate guide for Golf With Your Friends. This guide will be split into Multiple Sections. First: The Lore GWYF is game hidden in lore. It follows the story of Gingy and his Legendary Trail throughout the worlds history. F...
2 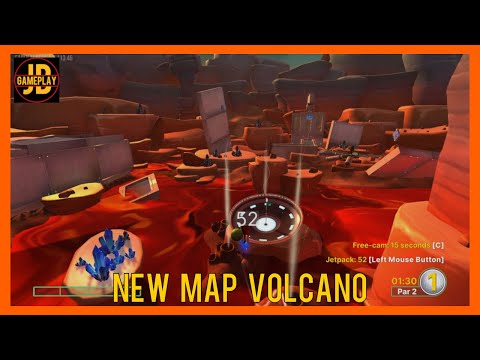 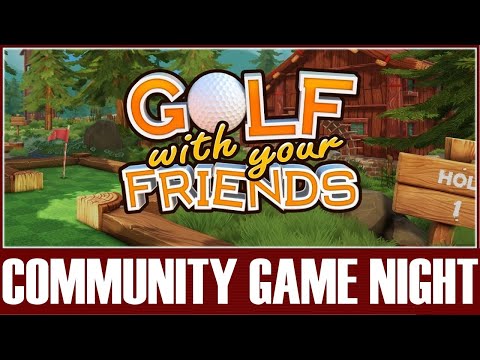 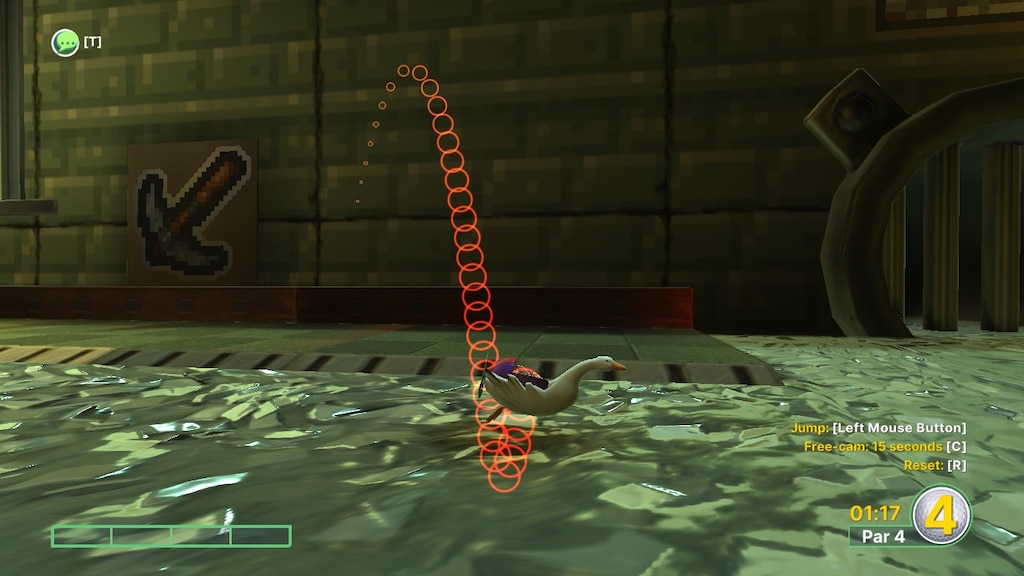 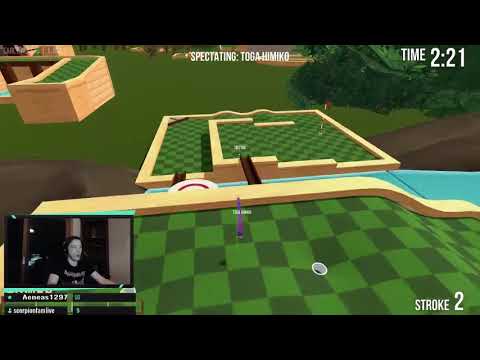