Firefighting Simulator lets you experience what it means to fight fires up close as an active part of a major US city's firefighting crew - together with up to 3 friends in the co-op multiplayer- or in the single player mode.
$24.99
Visit the Store Page
Most popular community and official content for the past week.  (?)
Christmas Sale
Dec 22, 2020
Attention, firefighters: This year's Christmas Sale is now underway! Here on Steam Firefighting Simulator – The Squad is now available with a huge discount of 15 percent!

We wish you a Merry Christmas and a Happy New Year!

mattfri
6 hours ago
General Discussions
Freeplay?
Seems like this game should really have a freeplay mode, where you literally live in the station and get random calls and you have to go the locations etc.
170 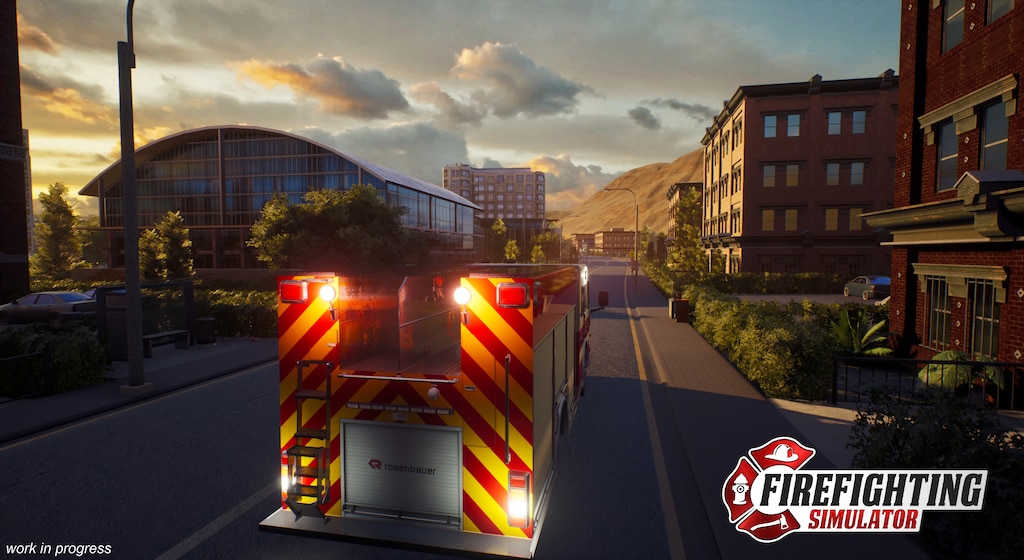 PsychoCow
View artwork
Looking to play and meet friends
hi i want to get this game but i have no one else who plays it would any one like to be buddies and play the game with me if i get it.. I have a mic im age 30 from UK i also do youtube content would be interested doing lets plays ect. aswell so if your up for it feel free to add me thanks all if you want to play serious RP Thats still cool with me let me know if you would be interested this game looks amazing the reviews aswell said so but i dont want to be on my own playing it...
1

Squad Commands (Extended)
This guide will help you to get a better understanding of the possiblities to control and coordinate your AI squad members in Firefighting Simulator - The Squad. The knowledge to control the AI properly will grant you a gameplay advantage in both single pl...
37 ratings

Praxsel
View artwork
nice
Schön das es endlich da ist ABER wo ist die DEMO. Great that it is Available Now but where is the DEMO. I dont Like to Buy Games without Testing.
4

Not Recommended
0.2 hrs on record
Graphics are decent but the developers forgot to do one key thing for a fire-fighting game: Make the fire be able to damage you. You can walk though a blazing inferno with no effect. Dumb.

Recommended
11.0 hrs on record
As it stands, a fun introduction into firefighting in a game, Nothing else comes close but this game has it flaws. Whilst my pro's are fewer than my cons, the overall game is good and fairly free of bugs, my cons are more like suggestions to improve the game.

* You will have to drive to the location... like... always. You fail and someones dies, you have to do it all again. Whilst this adds the simulation element, as a game is should give you options.
* As per above, if someone (Civilian/Victim) dies its a hard forced restart, which i feel is stupid. It's the fire that kills them not the player. There should be a forfeit of XP instead of a hard restart.
* MP lobbies don't exist, to do MP you must quickly jump into a game as they start it up (There is no real lobby or ability to join on mission start), or you must play via friends list.
* AI dont do everything, whilst they are still sufficient to get the job done, it would make things easier if they could be given more commands.
* No varied calls. You have to manually choose each mission (There is a lot and half have random elements)... If only emergency departments could do such a thing lol (Inside joke). I feel they need to add a random mission/call feature.
* Need hose nozzles to have flow regulators (Spray/Wall/Hose), atm they only have one option... hose.
* Only one fire department is featured. Would be nice to see a few places around the world even as paid DLC... Like LFB or MVD/CFD for example of which have a very diverse and lengthy history.


Other than that, still a fun SP or MP experience.

Firefighter 101
A little Guide on the general behaviour of Firemen. 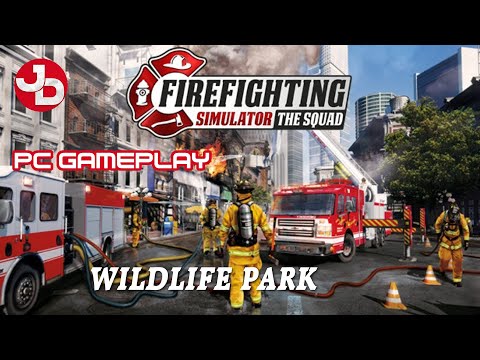 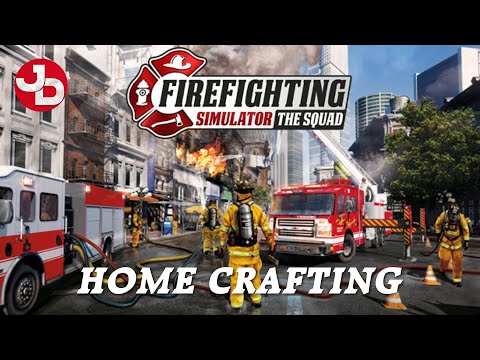 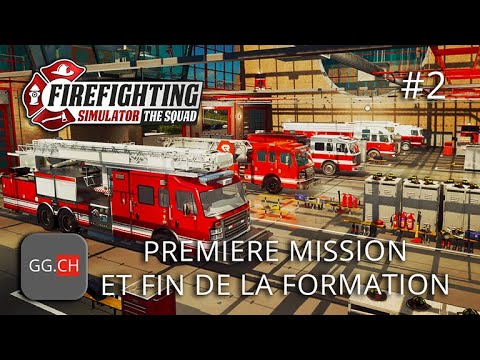 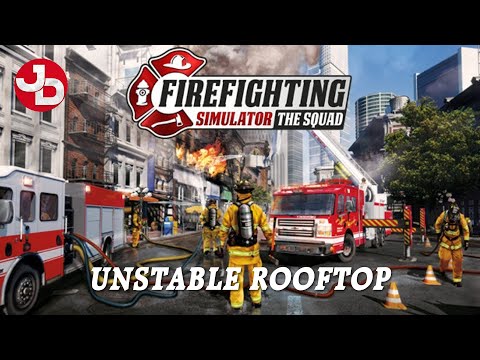 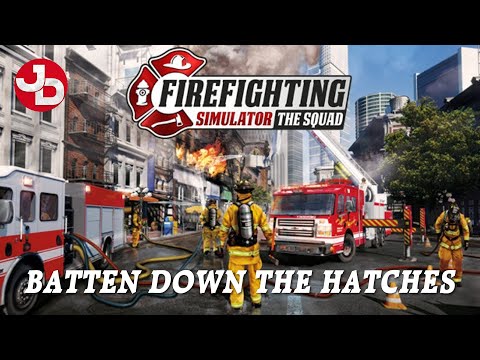 0
0
Firefighting Simulator - The Squad - Batten Down The Hatches

Recommended
10.7 hrs on record
Fun game, wish there was an expansion though. Would be cool to have a upgradable rank other than just captain, maybe work your way from probationary to fire chief. Also would be awesome to see an expansion into other forms of firefighting such as forest service, harbor and airport. All in all though a solid game for any SIM'er. 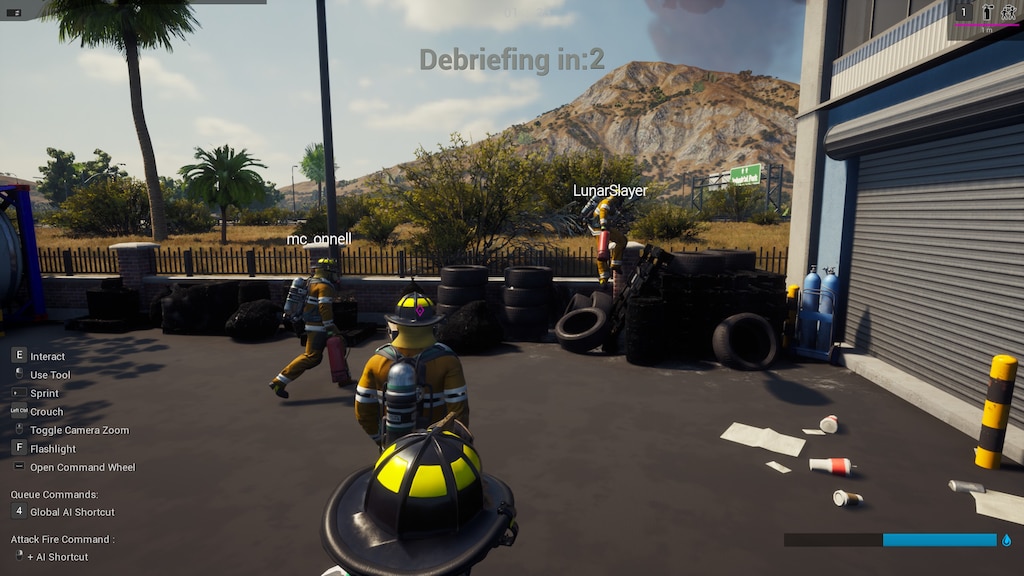 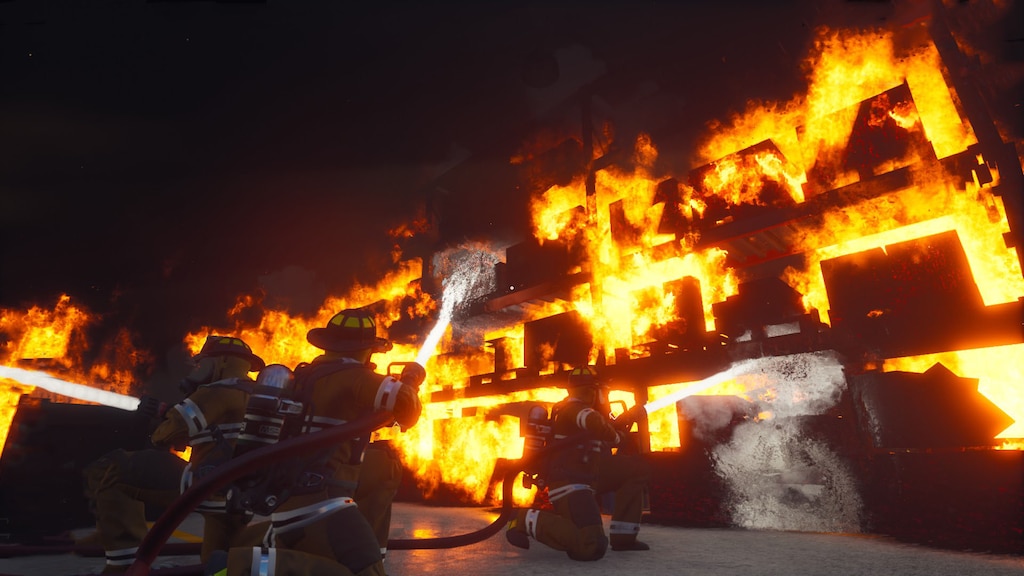 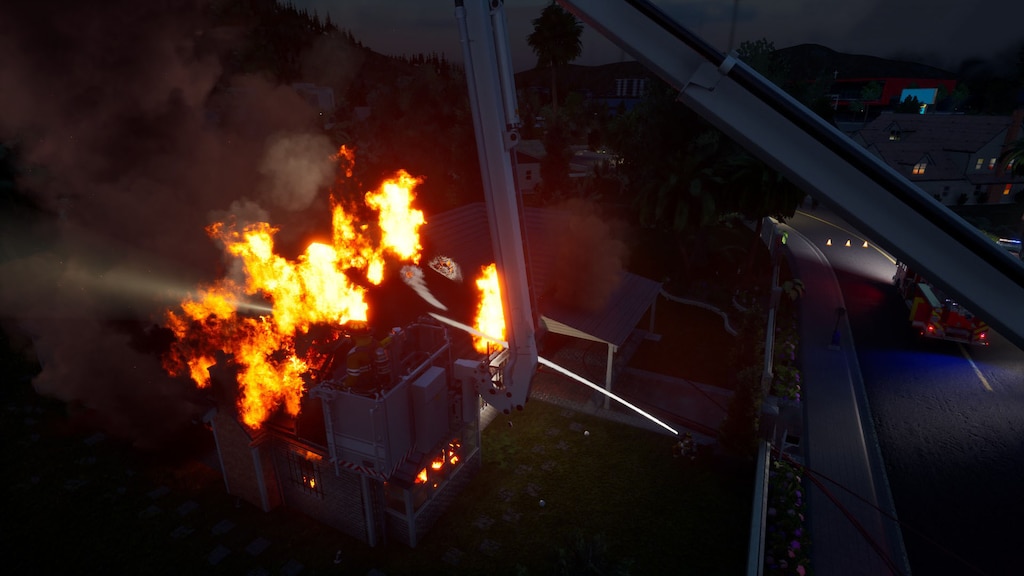 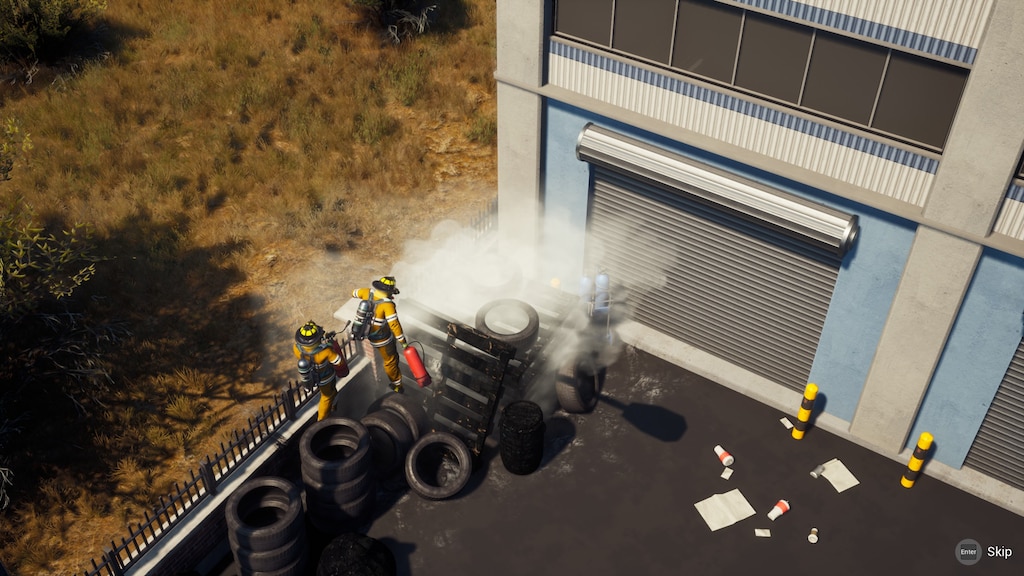 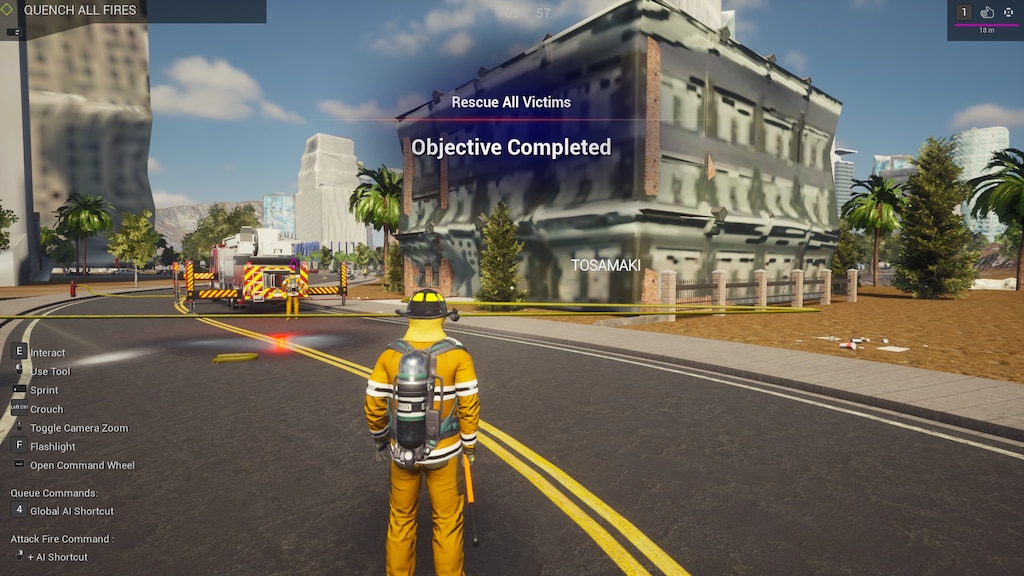 0
0
Umm where is the truck? Does this building look weird or is it just me? 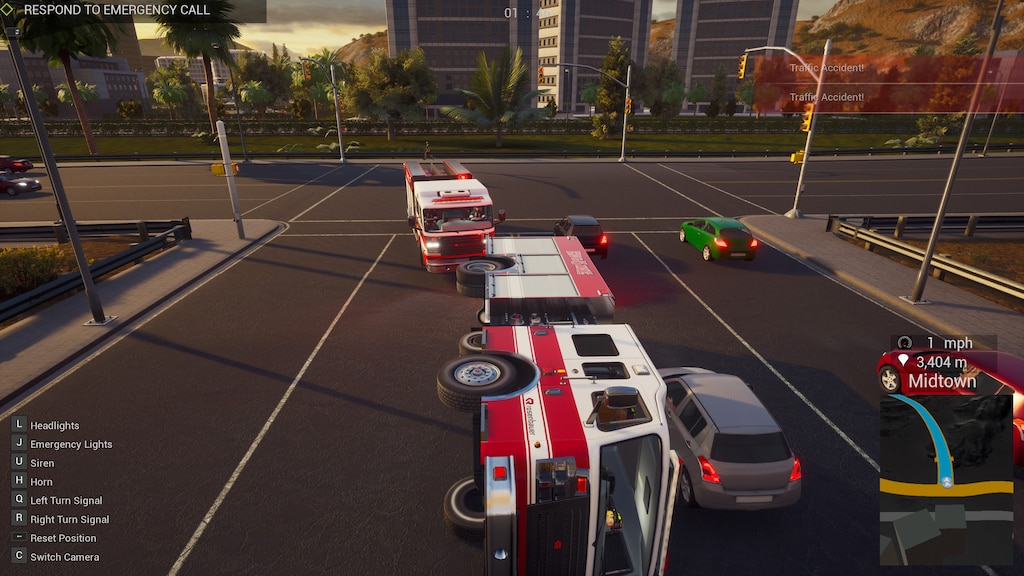 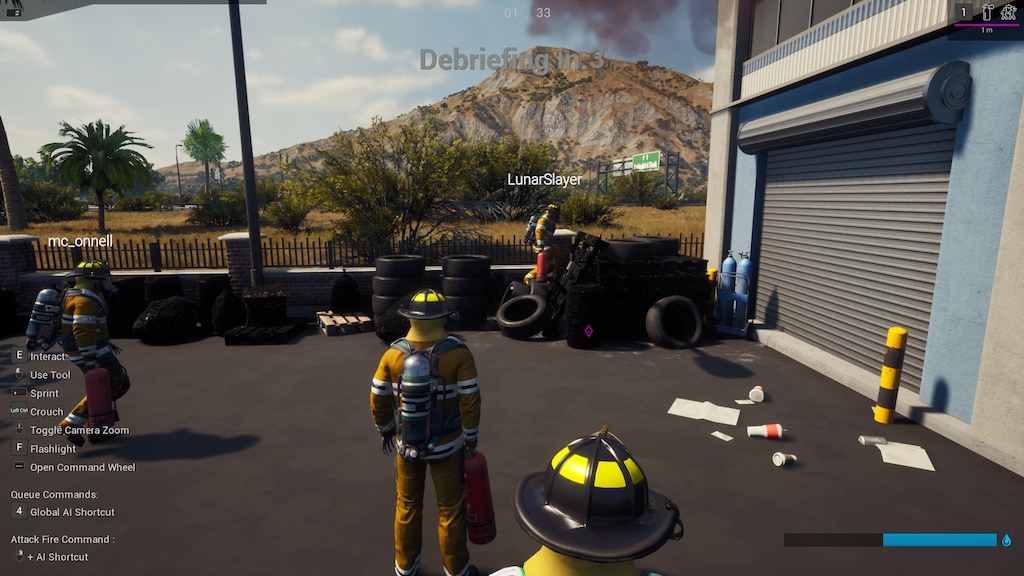 [TCE]Chris
View screenshots
Patch #2 available for download!
Dec 21, 2020
We just released our second patch for Firefighting Simulator – The Squad. This update includes some general game improvements and bug fixes and introduces some nice Christmas decorations. We hope you will enjoy it!

Note: In addition to further game improvements we are working on some additional missions for the game which will follow as soon as possible!

We wish you a Merry Christmas and a Happy New Year!

Firefighting Simulator - The Squad
417
25
Crew dont use extinguishers
am i missing something or do they just not use them?
6

Lion Heart
Jan 23 @ 9:23pm
General Discussions
Firefighting Simulator - The Squad | Community Tournament
Nov 27, 2020
Our great Firefighting Simulator community has planned a multiplayer tournament for the coming weekend. In fact: This sounds like a lot of fun! If you also want to participate with your squad, please follow these steps:

2 - On the Discord choose "#role-assignment", accept the server rules ande choose your language.

We wish you a lot of fun!