Subsistence is a sandbox, first person, solo or co-op, PvE open-world survival game. Struggle through changing seasons to build a base, develop technology and gear-up in the hostile environment. Defend yourself from wildlife, the elements and AI hunters (who also build bases in the world).
$13.99
Visit the Store Page
Early Access Game
Get instant access and start playing; get involved with this game as it develops. Learn more.
Most popular community and official content for the past week.  (?)
Alpha 59 Update - Map Expansion - 22nd April 2022
Apr 22

Alpha 59 brings a large expansion to the western side of the map, opening up access to a large new lake, streams, ponds, waterfalls, forested regions and beachfront.

It is important the world continues to scale in size, as I want long-haul travel and exploration to play a role leading into future features and development. 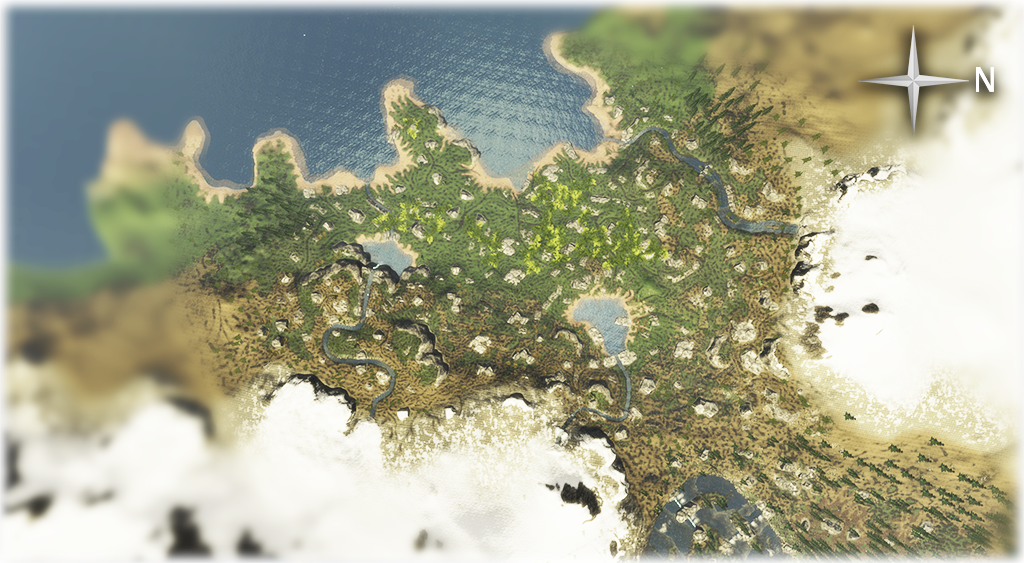 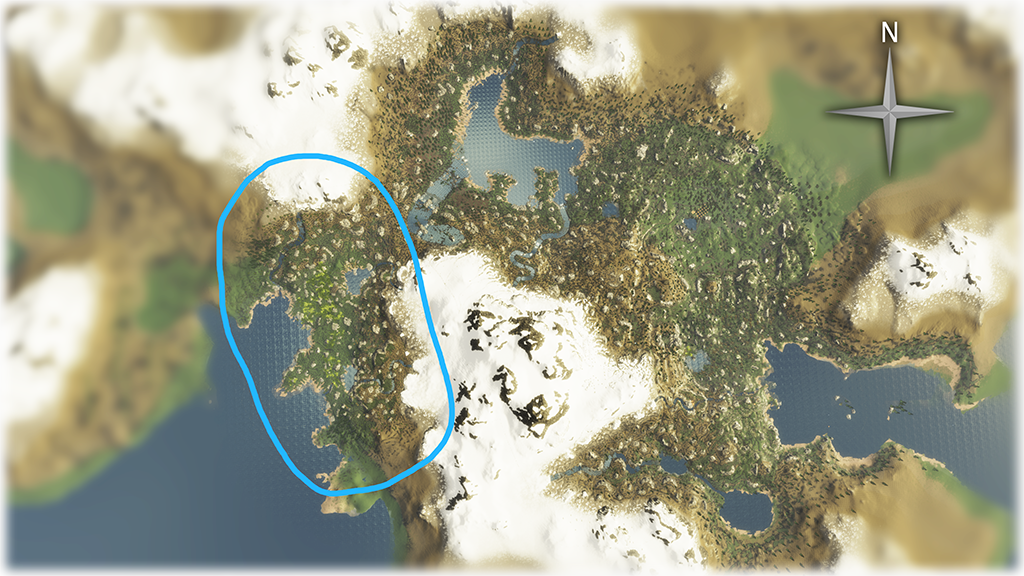 Here's a link for a full 4k image of the world map.
New Trees:
I've implemented a new system for trees, moving away from the native SpeedTree libraries available in the engine.

They support wind simulation via vertex animation (with no skeletal meshes), seasonal changes, large-scale instance meshing, etc. They are still a work in progress, but are performant and give me much more control over the code rather than working around a black-box feature set. 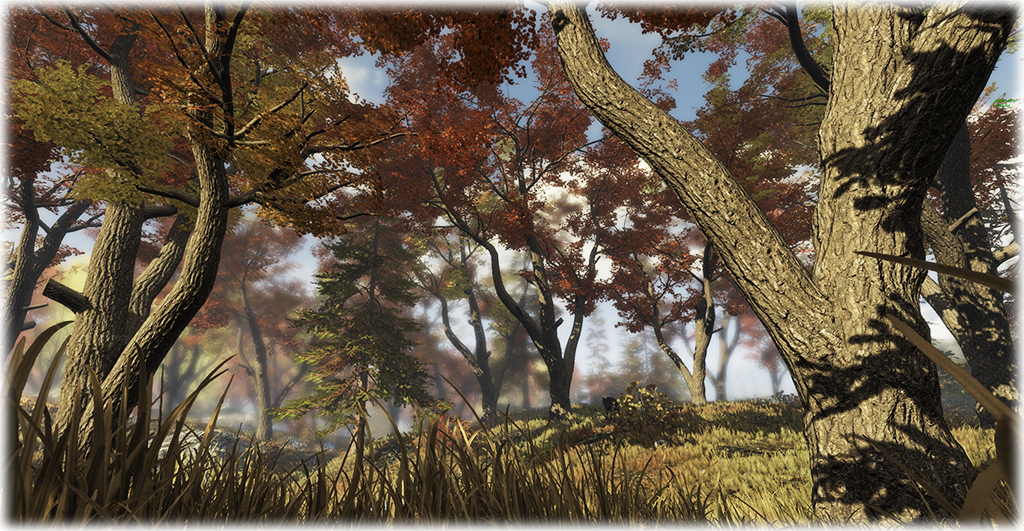 The new area is mostly populated with new tree species using the new code. Eventually I hope to transition the old trees on the rest of the map as I introduce more species.

Cave Access?
As with the prior South-East expansion, the new area adds a lot more underwater space (including deep water). However there is currently no cave access from the Western lake (yet). This will certainly come in the future.

This does increase the polygonal complexity to the scene rendering, but I'm using some aggressive LOD and lighting transitions to maintain high performance.

The new geometry caused problems with the AI pathing systems, so needed to be updated to accommodate.
Triangular Building Pieces:
There are now triangle variants of foundations and ceilings. They are equilateral in dimension (with each side being the width of a full wall). So 60° at each corner, meaning 6 would complete a circle.

I think these new pieces will open up a lot of new creativity for base designs, so I'm curious to see what players will create!

Fruit/Veg Will Now Perish!
As hinted at previously, fruit and veg will now perish overtime. This may be controversial, but was necessary and well overdue.

How the system works:

In addition, when a stack is at a low count, it will take longer to perish (an example shown above). I think this is an appropriate way to balance/decrease the penalty of food perishing while looting, while still maintaining the necessity for preservation methods when at larger scales of production.

Meats and cooked meals still don't show meters. This is because they still maintain independent perish times for every item in a stack. So I would have to either think of a way to present up to 10 perish times for a single item in the inventory, or switch them over to use the same logic as fruit/veg.

Vegetable Chutney:
To assist in food preservation, players can now prepare Vegetable Chutney in the oven. The recipe requires a boiling pan. Chutney does not require refrigeration and can be kept indefinitely.

The glass jar is returned when eating the Chutney, so each jar only needs to be crafted once.

Dropped Kit Expiry Time Increased:
Due to expanded world space, player dropped kits will now last for 14 minutes on normal (previously 10 mins) and 20 minutes on easy (previously 15 minutes). On hardcore there are no dropped kits (unless on dedicated servers whereby there is a 2 minute timer).

Increased Shadow Distance:
I've increased the dynamic shadow casting by around 3x. This gives much greater depth to the scene presentation, especially in densely forested areas:

New Cosmetics:
For players that wish to further support the game, some new skins have been added to game's Steam Store Page.
Winter Jacket Snow Camo and Shirt Woodland Camo:

New Language Supported - Finnish:
Thanks so much to Pewtsku and J4ntteri for providing the translation :)

Hosting Your Own Server:
If you would like to host your own dedicated server, I would recommend Nitrado[nitra.do] (as I work closely with their team to support the game). You are also free to host on your own hardware, and the server files are freely available on SteamCMD.

You can view a detailed guide to hosting here:
https://steamcommunity.com/sharedfiles/filedetails/?id=2201638184

Subsistence
815
154
Anyone know how to find honey more or less reliably?
Title!. But for real im having trouble finding beehives, ibeen running around the whole map not finding any bees, and yeah im in june/summer
6

Slate
View artwork
Setup a BCU but what to do after?
Ok I'm a bit dumb when it comes what I can do in it. What I mean is how to like generate power quicker and what's the best to focus on first etc? Can anyone give me some assistance? I noticed the generator. Would you say that is priority first? Thanks!

[REVISED] A Beginner's Guide and Tips/Tricks to Survival [UPDATED May 11, 2022]
Just some quick tips and suggestions I've learned while playing that have made things easier and the game more fun.
234 ratings

Rangers Survival School
I never expected to be giving lessons Pro Bono, but I've seen a ton of comments and reviews on this game about a lack of a tutorial, and folks not knowing how to get started, so here is a free session of the famous Rangers School of Survival. No zombie in...
230 ratings 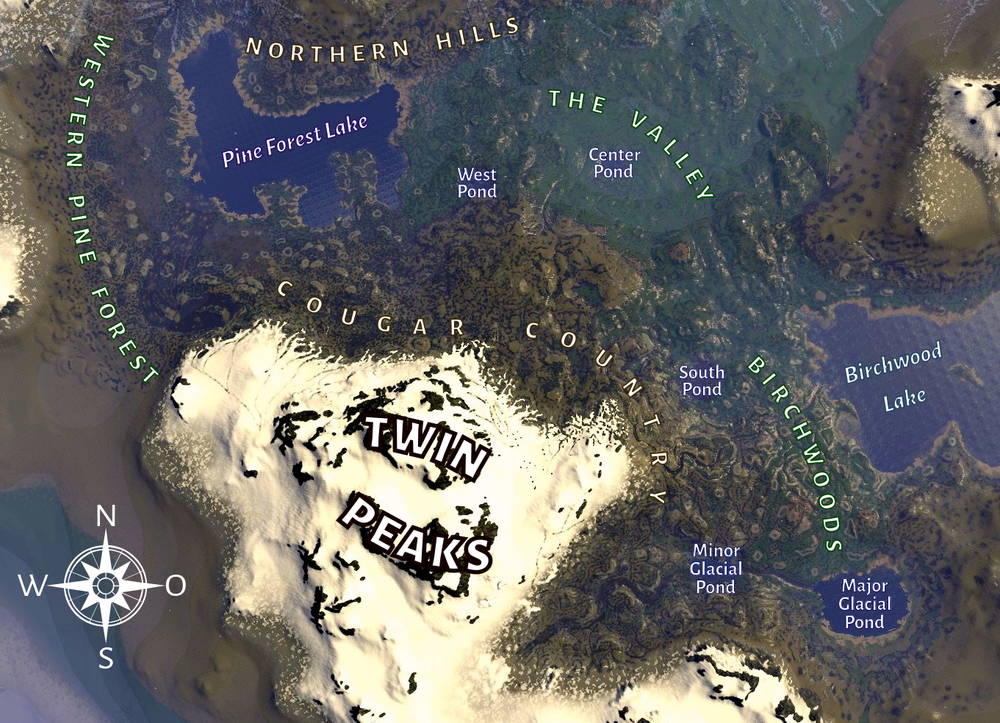 4
7
Hunter gets what he deserves 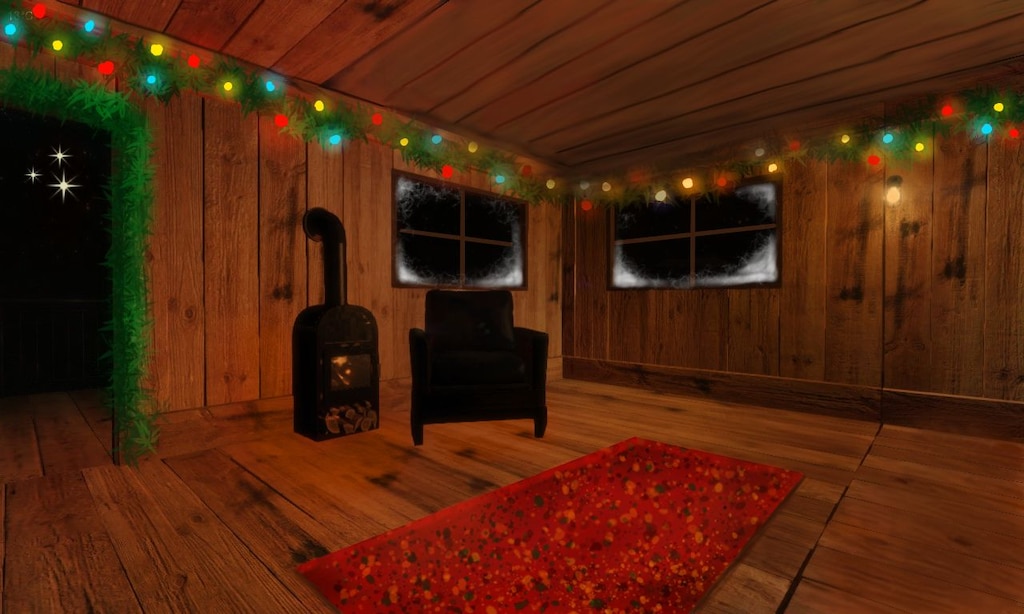 pnumenwiese
View artwork
Now This Is A Real Developer
I just read this from my Sniper Elite news feed: Difficulty Customisation Everyone is an Elite as you can customise the difficulty to whatever suits you. You’ll have five pre-set difficulty levels to choose from ranging from Civilian (Very Easy) to Authentic. Our new Civilian difficulty is our equivalent of a story mode with highly reduced combat, player damage and enemy awareness, so we hope this will open the game up to players who found Sniper Elite 4 too challenging . In addition, you can...
48

SASR2Sq
5 hours ago
General Discussions
Rot Update...
...has screwed this whole game up. Never can keep enough fertilizer for my veggies to grow, it's all disappearing faster than the veggies can rot. Screw the farming in this game. it's garbage now! Since I have to eat all the veggies I find out in the world, I don't need to grow any because, they rot before I can get back to my base. Does this dev have any common sense, at all? Screw trying to raise chickens, too unless it's just for the meat & feathers. EGGS DO NOT ROT IN 5 MINUTES, THEY WILL STAY FRESH IN...
75

HunterKiller
May 24 @ 3:49am
General Discussions
Guide 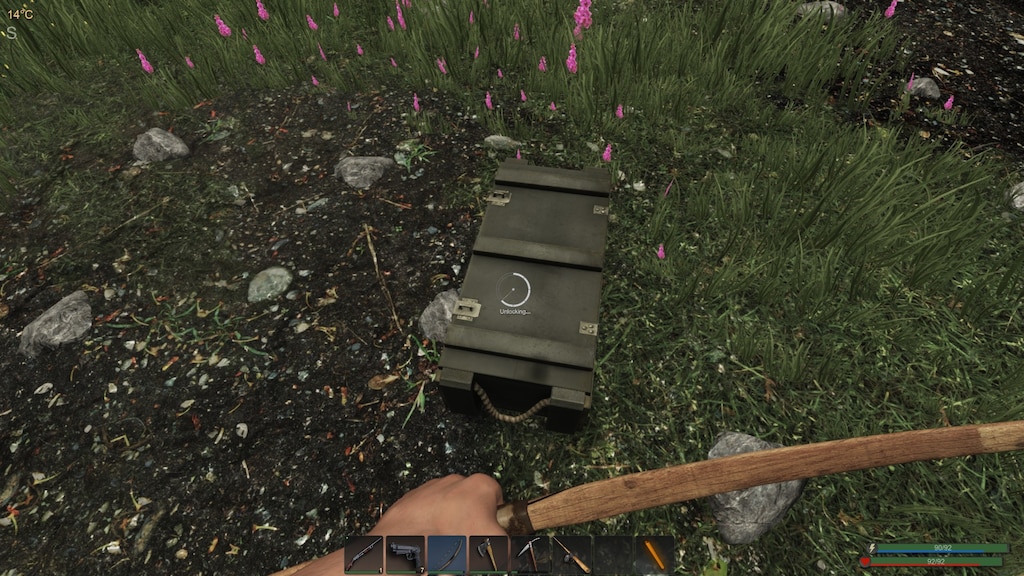 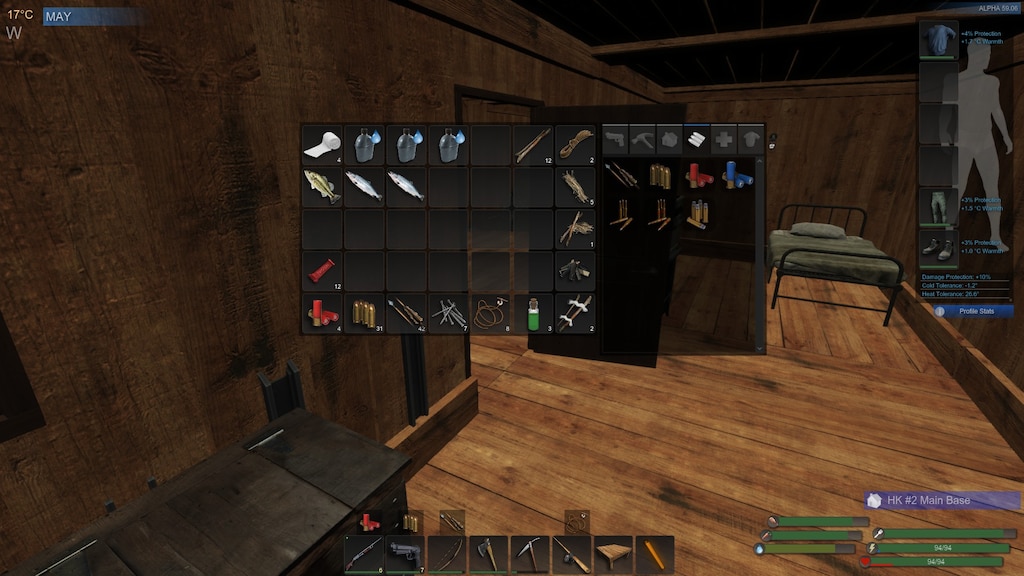 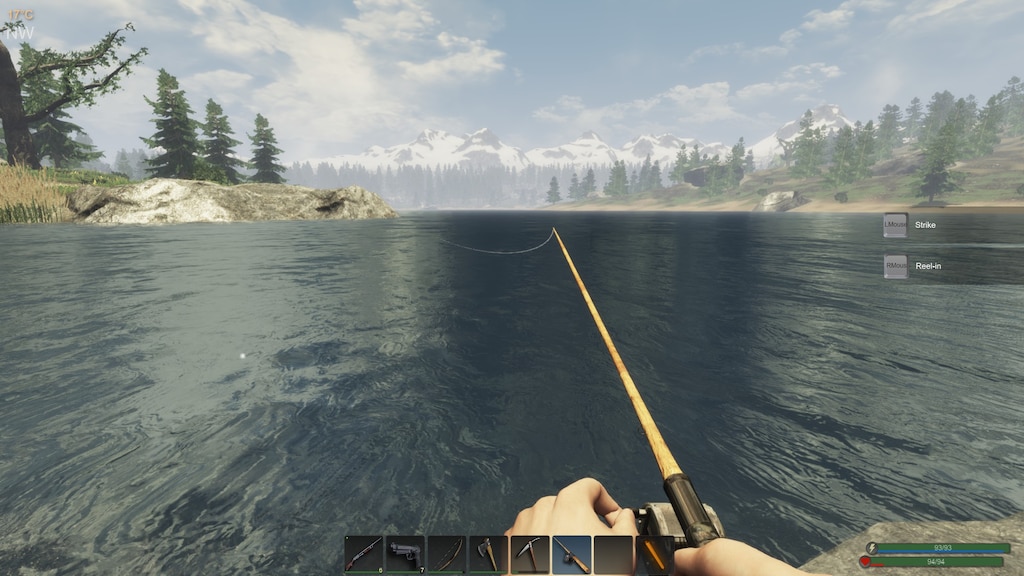 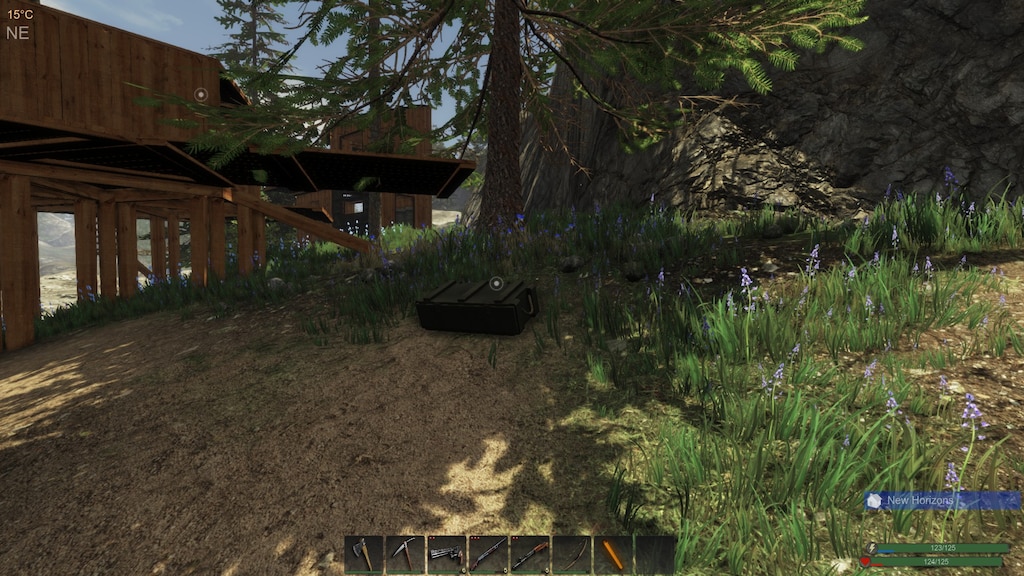 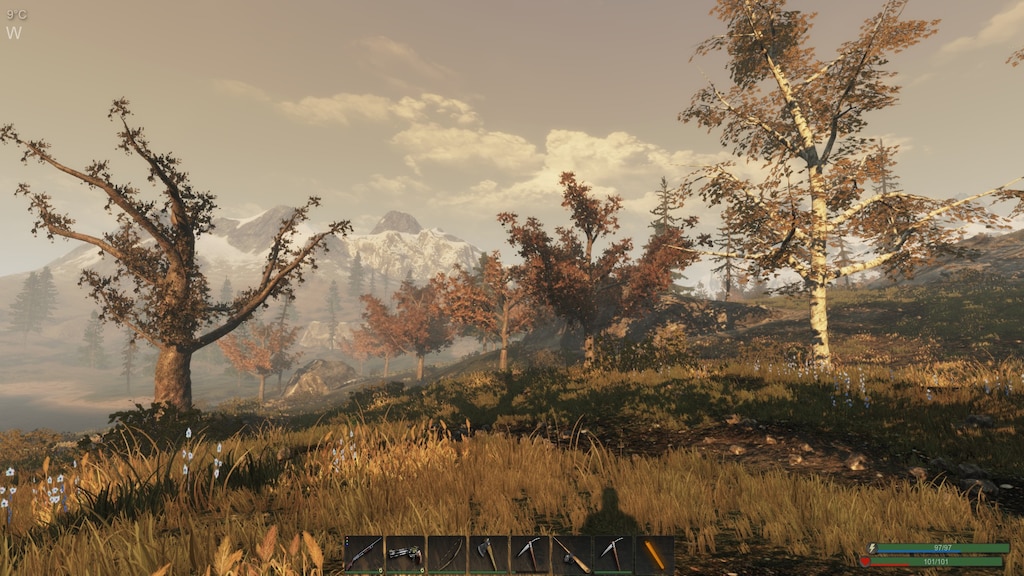 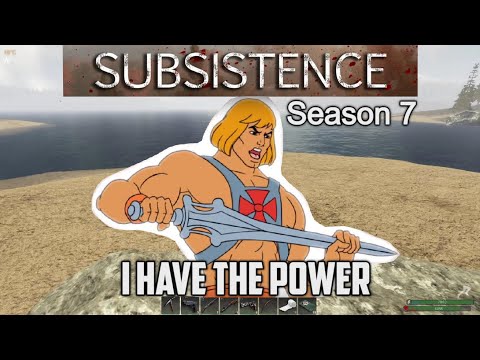 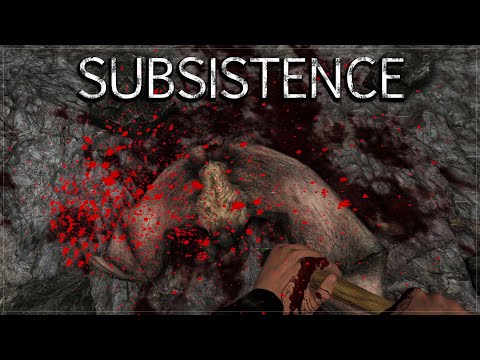 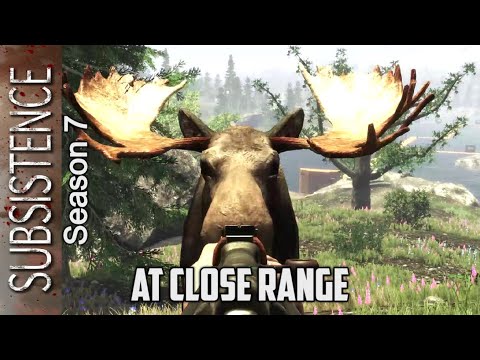 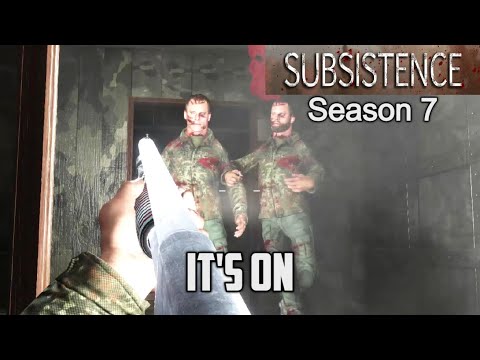 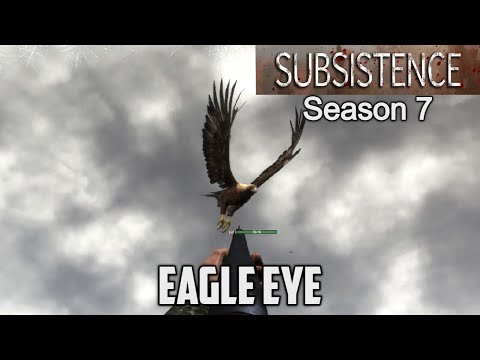 Run around in circles around a bland map with zero POI's for hours looking for the same item that only shows up in randomly spawning loot crates (why?) so you can grind your way through a nonsensical, disorganized crafting tree. Don't forget to eat every living thing you see in the process, and wash your hands every 30 seconds from all the slaughter.

Save your money - I'd have had a better time fiddling with my toenails......and I've got pretty lackluster toenails.....

brettjones21
857 products in account
0
Fruits/veggies rotting in the fridge. Is it true though? (SP)
Some players herewith reported that after the introduction of food decay fruits and veggies' spoilage continues while in the fridge. They do have a decay bar while in the fridge, that's true. But do the bars go down while there? If it's so, I'm not seeing it in my game....
15