Have you got what it takes to become the manager of a high-performance motorsport team? Motorsport Manager is a highly detailed, best-in-class management game for fans of motorsport. You’ll hire the drivers, build the cars and embed yourself in the dynamic world of racing.
$34.99
Visit the Store Page
Most popular community and official content for the past week.  (?)
the game does not start
when I click play on steam, a black screen appears. It disappears after a few seconds and the game quits.
48

Excellent Smiley Setup Guide
3x and 6x excellent smiley car setup suggestion. Not sure where to beginning setting up your car? Look no further. Please note: Car setups will change from driver to driver and car to car. This includes the fitting of better designed parts These 3x e...
1,194 ratings

Understanding the Simulation
This guide will try to give you an understanding of the simulation which should help you improve your race strategies and as a guide on the start of a rebalancing mod in order to make the game more challenging and therefore interesting.
274 ratings

Guide for New Managers Creating Your Own Team (CYOT)
This is a guide for, mostly new, managers starting a CYOT(Create Your Own Team) career. This guide will help you get the best start when creating a team in the single seater series. This guide makes only one assumption and that is that you start in the SIN...
57 ratings 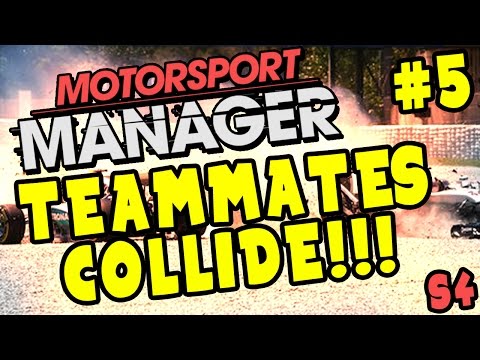 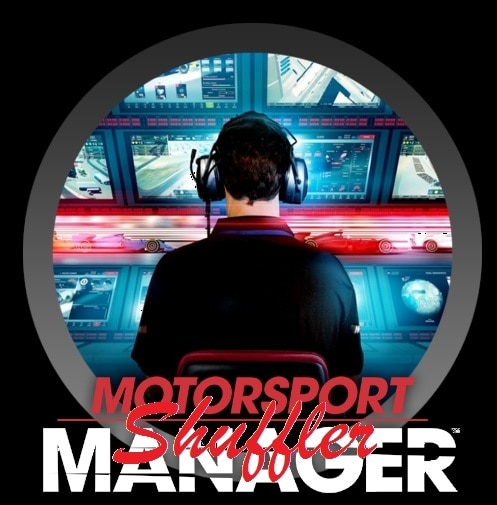 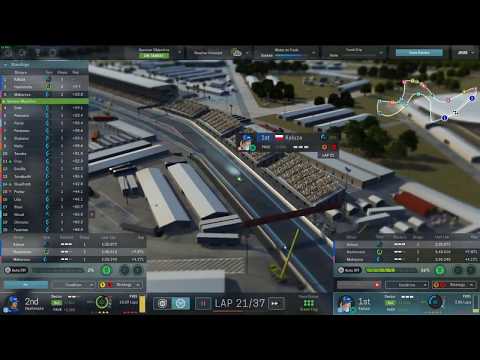 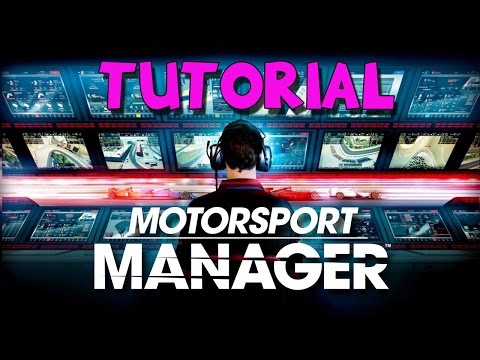 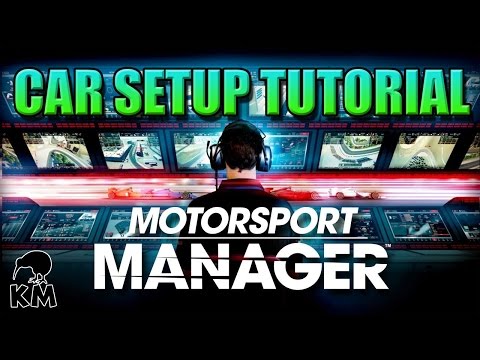 Kiwi Mace
View videos
KNOWN ISSUES
Hey everyone! It would be useful to compile a list of known issues that you may come across during your time in MotorsportManager. We can help PLAYSPORT GAMES we can to get these sorted out as soon as possible if they have a list! If you come across a...
620

frankieorabona
May 22 @ 7:49am
Bug Reports
Video 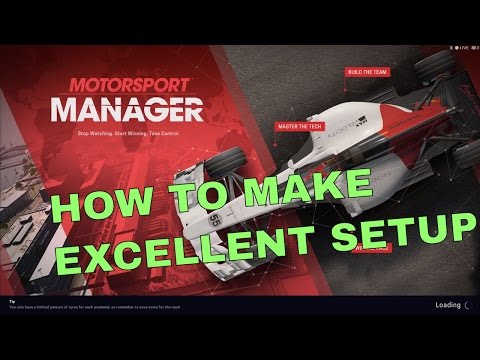 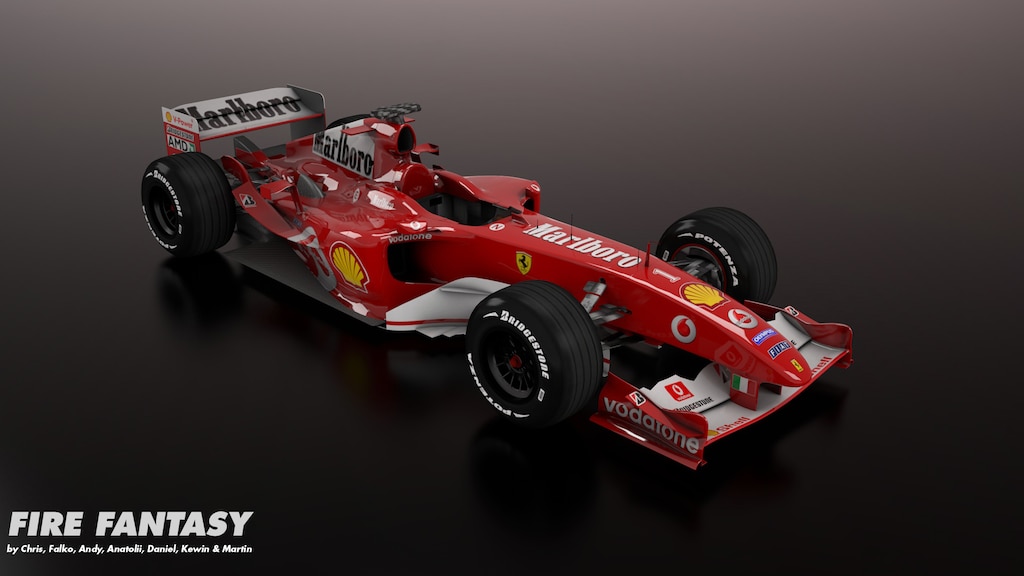 Starbuck
Jul 13 @ 10:32am
General Discussions
Only getting low star sponsors
Hi there, I was wondering whether there is any additional mechanics to the sponsors other than the star rating / marketability. I got up to four stars in one savegame and got only two star sponsors after already getting three star ones beforehand. Now I started over and got up to 38% / two stars in marketability and still only get one star sponsors. A bit disappointed 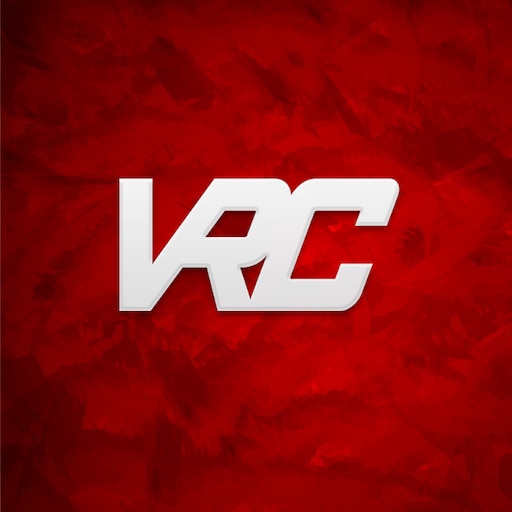 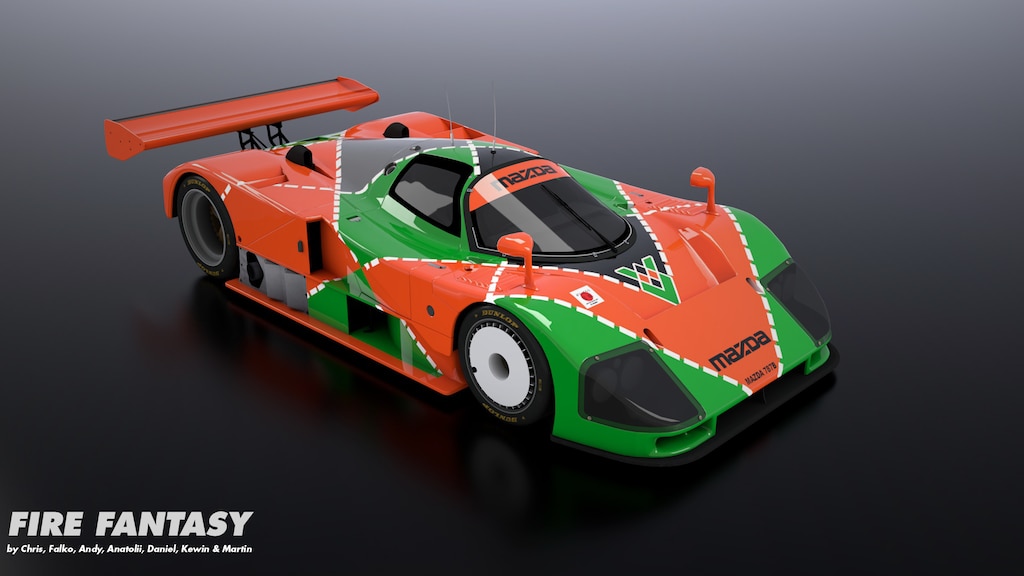 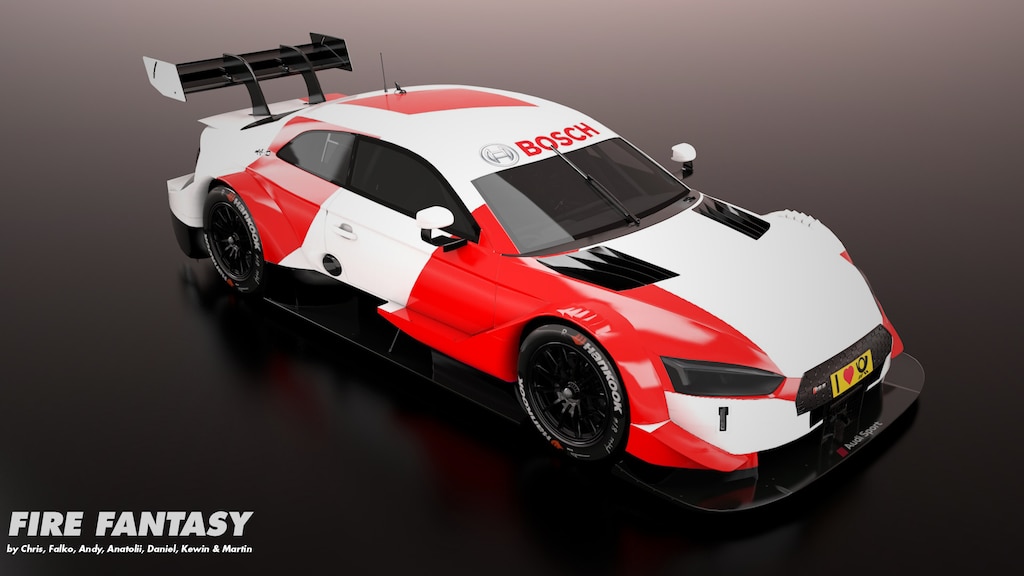 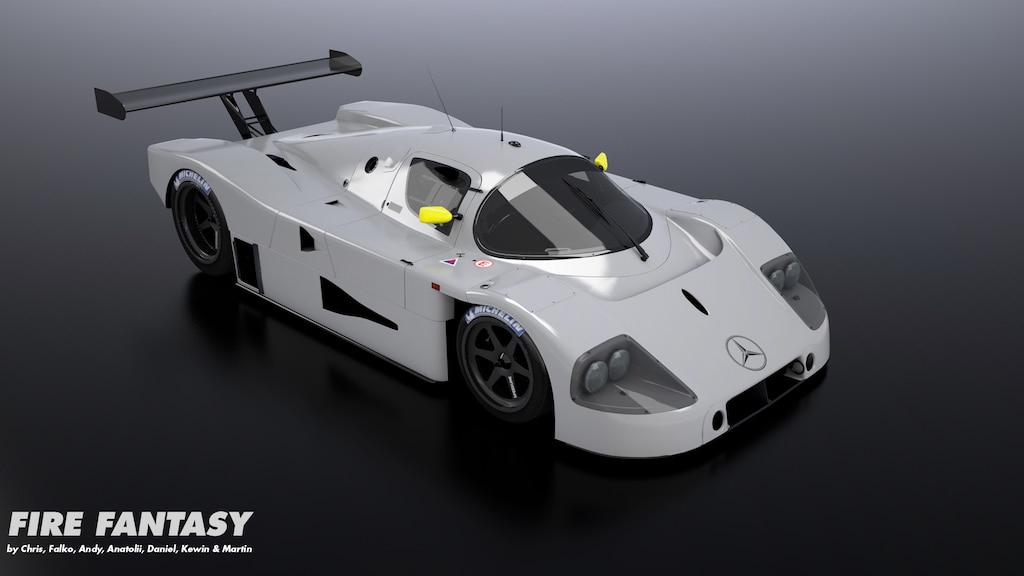 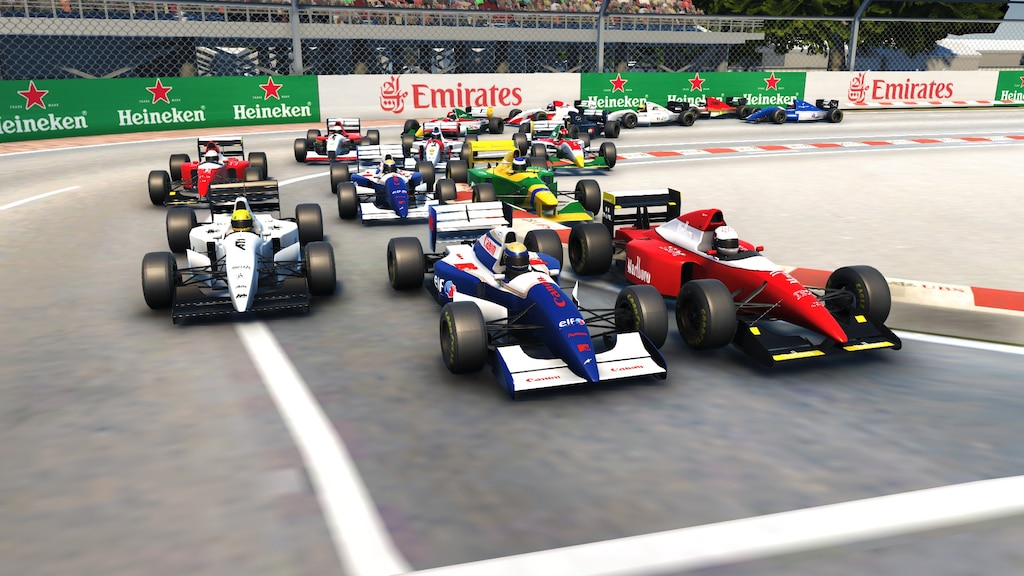 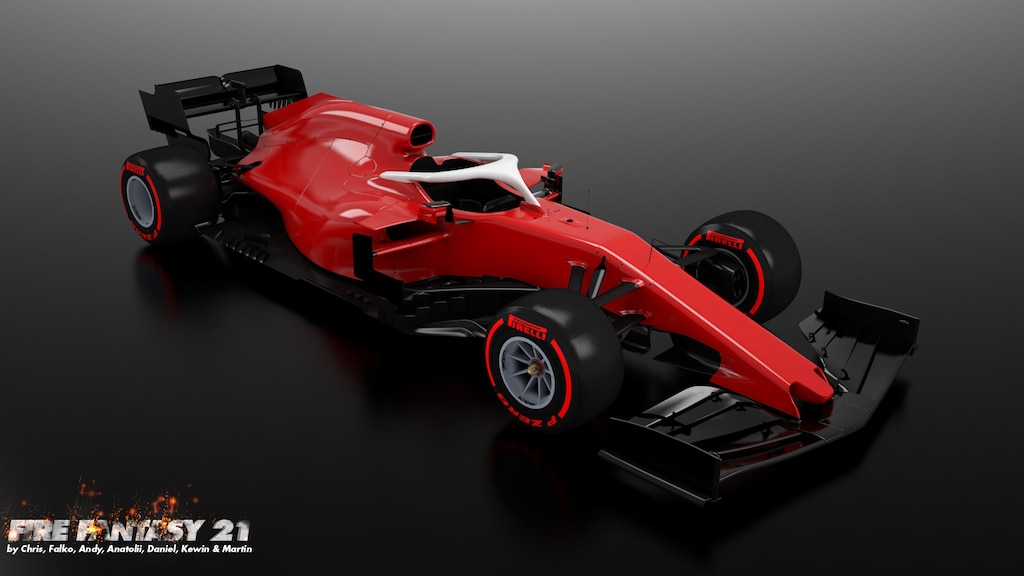 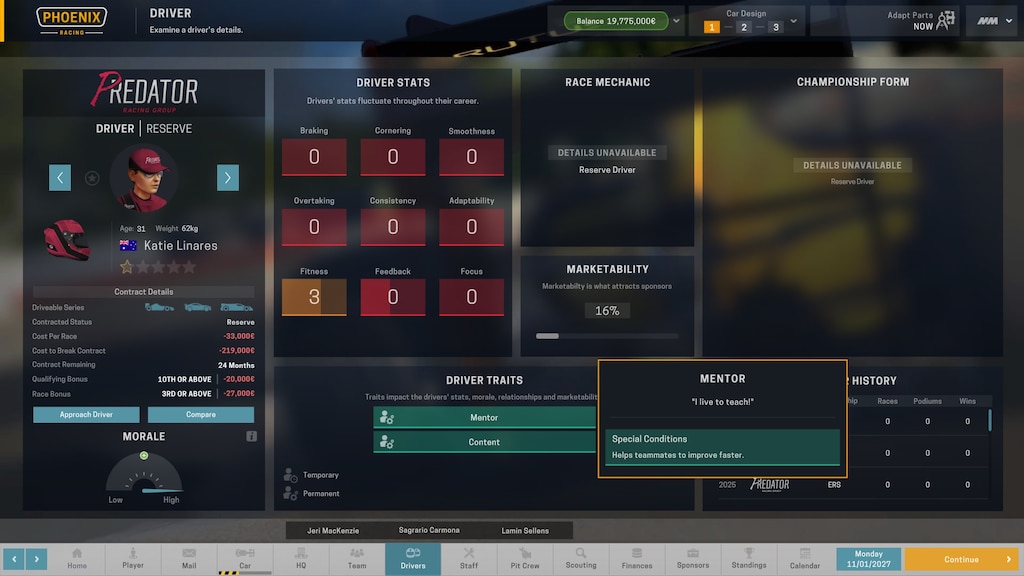 0
1
The only thing Katie was able to help to improve is alcohol tolerance. 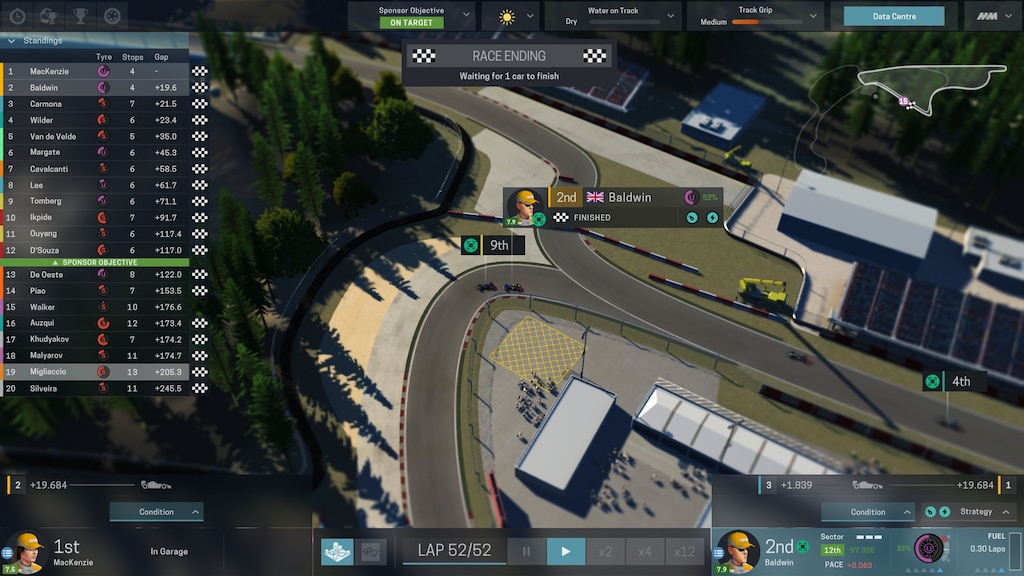 0
2
Migliaccio, I don't know how you managed to make 13 pit stops when we were given 9 tyre sets for THE WHOLE WEEKEND. But I know that your manager has to be fired. 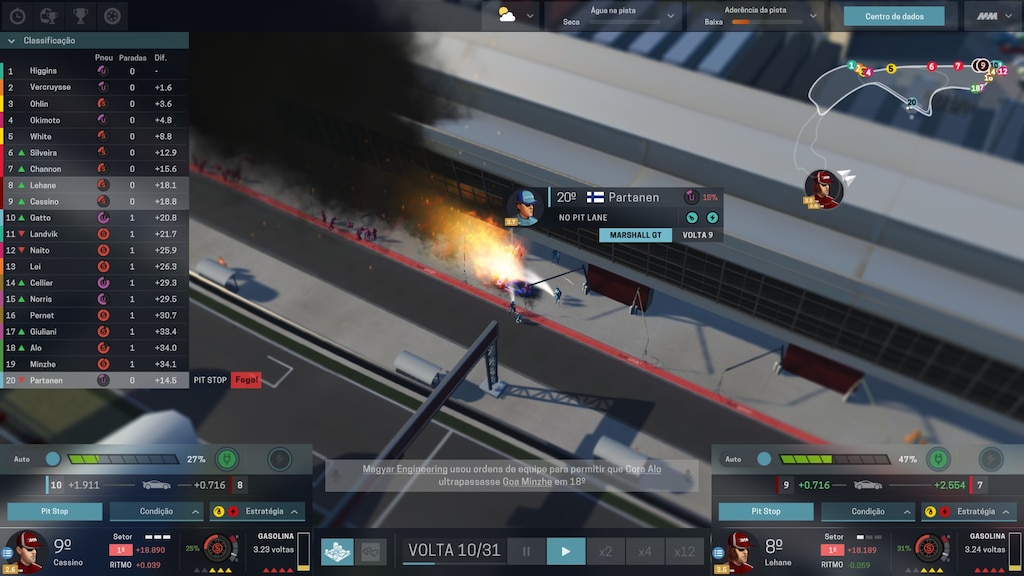 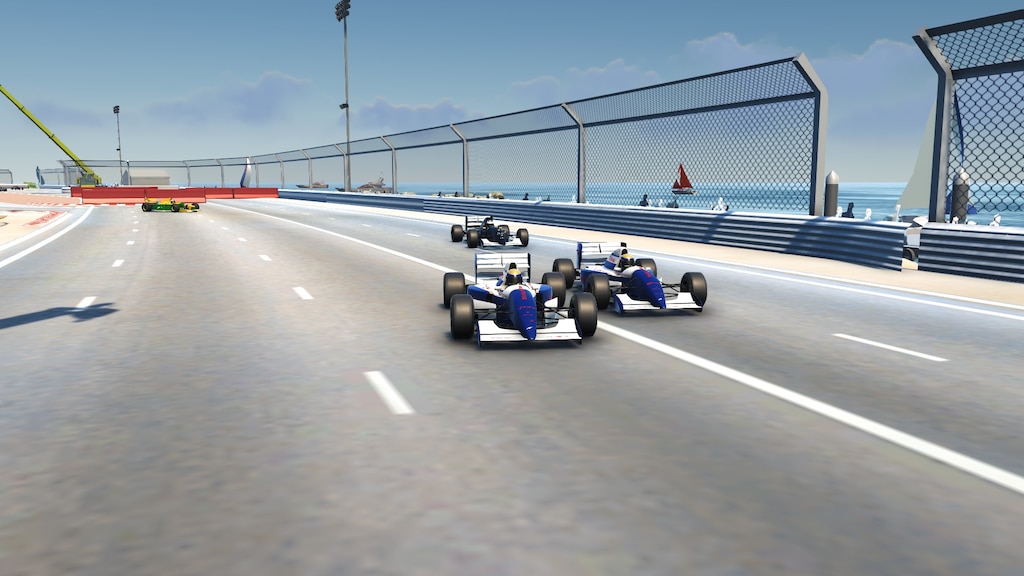 Not Recommended
39.4 hrs on record
I think this falls into the "neutral but I had to pick yes or no" category. I picked "no" and focused more on the negatives as reviews are mostly positive and I want to provide some balance.

While the game overall is fun there's a glaring omission of general quality that, imo, makes it a 6/10 at best:
- Some of the UI choices are poor

- A lot of the game mechanics are either badly designed or simply not fun. Some specific examples further down.

- Post-race Interviews have so little variance it makes Football Manager look amazing. Some of their effects are also questionable.

- Pit crews have needless micromanagement and a non-intuitive contract renewal system that sometimes causes new players to wonder why their pit crew start disappearing. Its auto system to avoid micromanaging is so counterproductive you can't use it.

- Some race events are scripted rather than random (e.g. a driver crashing on a particular lap) which messes with authenticity. Will annoy save scummers (not sure if a positive or negative?)

- Car setup is probably like marmite, you'll either love it or hate it. I found it annoying partially because it's RNG based, partially because there's only 1 Practise session which gives you a minuscule amount of time to do stuff. After a season I used a mod to auto it because I realised I didn't enjoy doing it during one short practise but YMMV.

- If you want RP mechanics you're going to be disappointed. Drivers are soulless husks*. There's no interaction with them/between them outside of a fairly pointless rivalry "system" and a random event which is over in 1 click. That means no intra-team drama, no drama between rival drivers & teams, no getting to properly interact with your staff/drivers.

(*Drivers do technically have "traits" that can give you a feel for their personality but as you can't interact with them it's almost irrelevant outside of the stats they change.)

- If you create your own team* you will be so bad for so long you will get bored and stop playing or start again with a better, already existing team unless you happen to be extremely patient. Being at the back of the grid is one thing, being so far behind that even Nikita MazeSpin could outqualify you by several seconds is another. I should add that it's not "hard", just exceptionally time consuming. YMMV though as opinion on difficulty/what's considered time consuming is subjective.

(*I only did this in the World Championship which is the "best" competition, so I can't speak for how it functions in lower or different competitions.)

- Some competitions are DLC gated. Never been a fan of that sort-of thing. Also, when combined the DLCs nearly double the money you've spent which is slightly yikes.

Would probably recommend on sale as it's fun just not exceptionally well developed. You may disagree and that's fine, just my personal opinions based on my experience. Do bear in mind there are a lot of mods that may drastically change your own experience - if you're not sure whether you want to buy it, I would suggest researching what mods exist before making that decision.

Not Recommended
24.7 hrs on record
What a disappointment.

I hoped this would be a worthy replacement for Grand Prix World, but sadly - it isn't. Two seasons in and my drivers aren't coming stone dead last any more, just 1 or 2 positions ahead of stone dead last.

So what's wrong? Simple: it's way too difficult. I could take Minardi to the championship on GPW - and I think on this game even God himself would have trouble with that.

A few more things that made me wonder:

DwS
Jul 23 @ 5:14pm
Workshop Discussions
No one has rated this review as helpful yet

Recommended
4.2 hrs on record
You don't drive the cars, but this is just as exciting. You manage everything about your racing club. Great fun.