ELEX is a handcrafted action role-playing experience from the award-winning creators of the Gothic series, set in a brand new post-apocalyptic Science Fantasy universe that puts players into a huge seamless game world full of original characters, mutated creatures, deep moral choices and powerful ac
-67%
$49.99
$16.49
Visit the Store Page
Most popular community and official content for the past week.  (?)
Shop / trader
Is there a shop in this game? I'm 2 hours in and can't find a better weapon than this bent pipe!
3 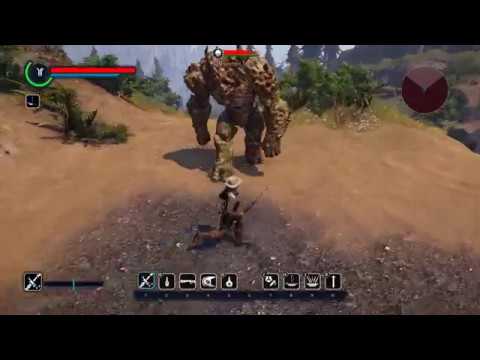 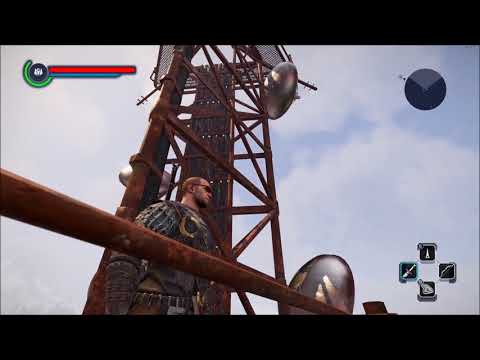 0
12
There is nothing we cannot do 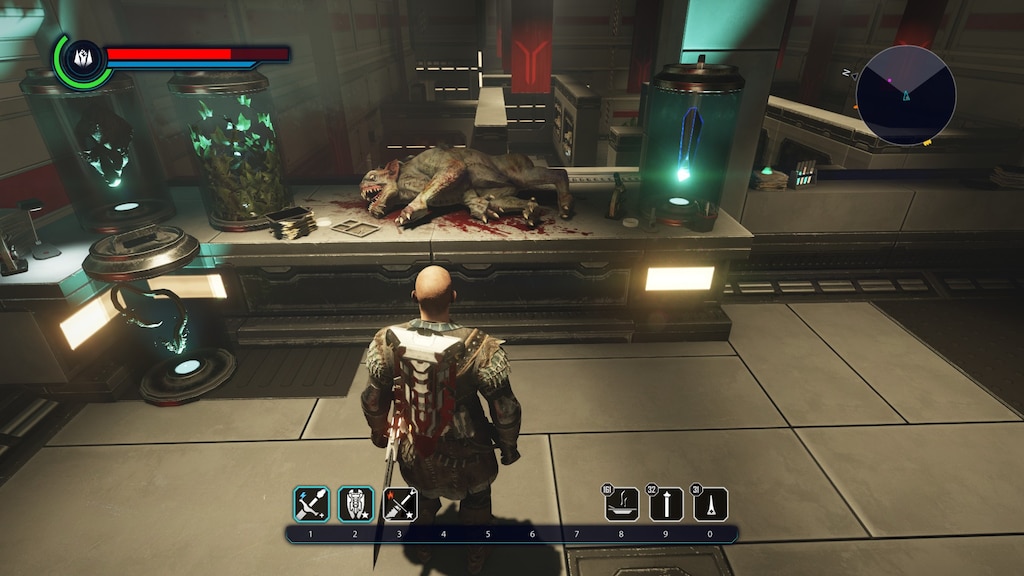 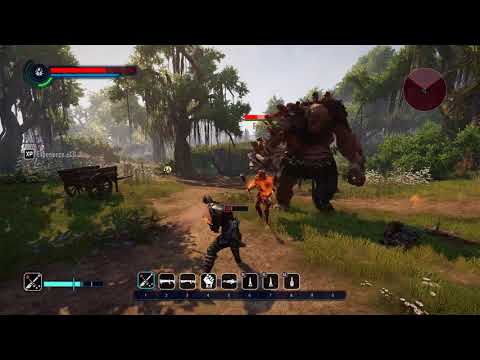 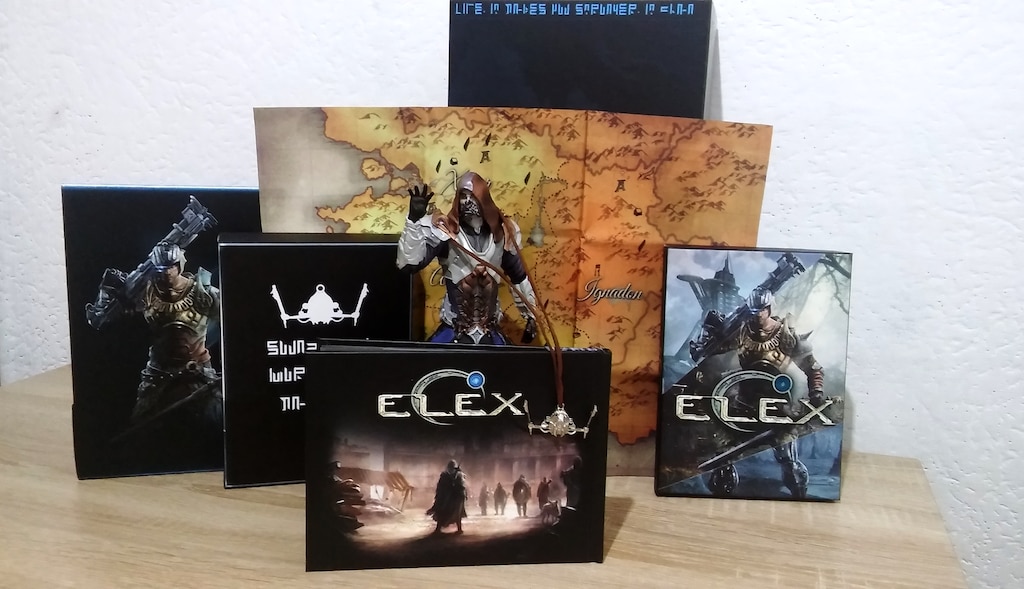 Items needed for crafting, items to keep and to sell, ingredients per merchant
This guide allows you to perform a simple search (press Ctrl + F to bring up the search bar) to check if an item is used for crafting and if it is, to check whether it's used for crafting any items you may actually want to craft at some point. This will de...
52 ratings 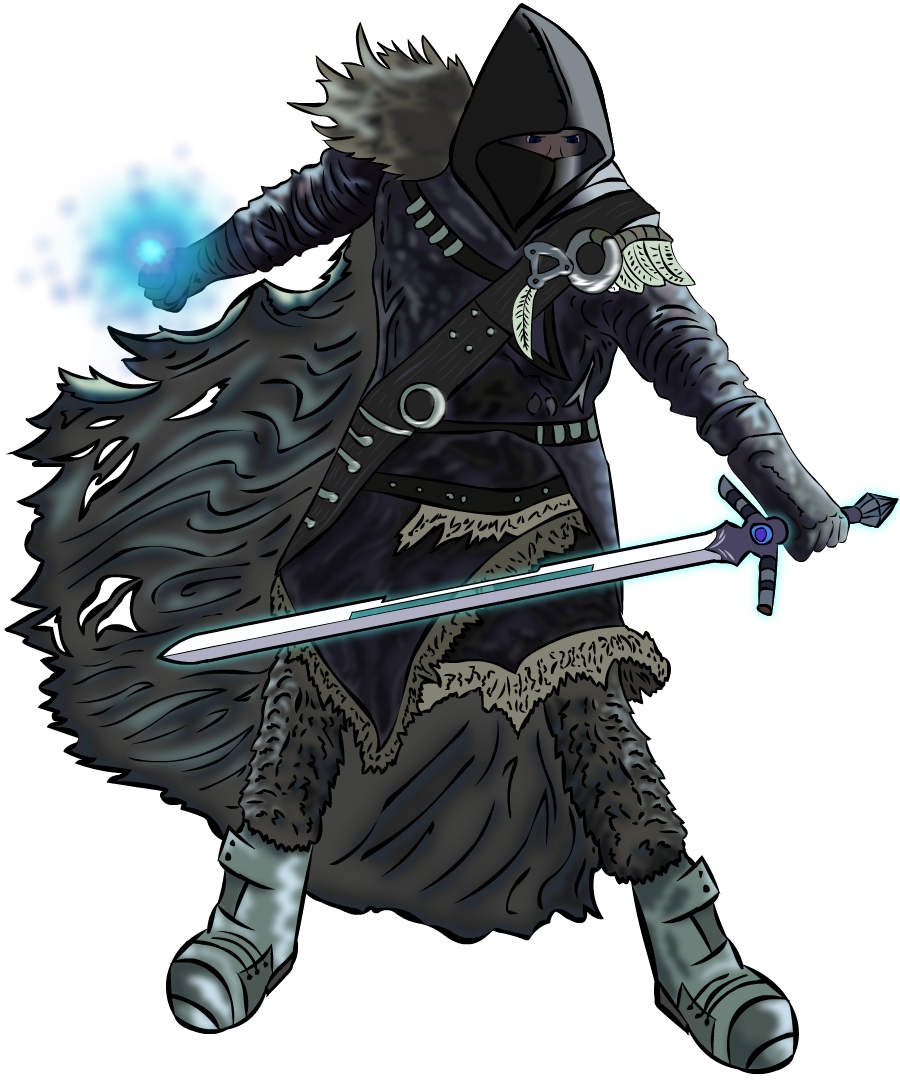 Not Recommended
74.1 hrs on record
Product received for free
Don't get me wrong, the game isn't all bad, at it's core it's the same Gothic we all love. It was good enough that I finished the game and had lots of fun for 70+ hours.

The reasons I'm not recommending this game are following:

1. The world isn't immersive. It didn't seem convincing from the start and it only became less so the more I played the game. The lore feels like the devs came up with it on a whim, it doesn't feel like a deep and alive world I'd want to believe in, it feels like a joke. Even the factions' names are a joke: Berserkers, Clerics and Outlaws, really? And it's nothing original either, this is a copypaste of the Old Camp, New Camp and Swamp camp from Gothic, just with bad names and lore that feels like it was made by a procrastinator who slacked off until the last moment to come up with this.

2. The overall feeling of incompleteness. It feels like the game is still in EA with all the bugs and how rough the game feels sometimes. Maybe if they had more time it wouldn't be a problem.

3. The way the devs handled the storytelling. Don't wanna spoil anything, but the options you are left with are a real bummer.

Overall though I can't say it's a bad game, I did enjoy a lot of it, it just got me frustrated for the three reasons I mentioned above, it could be a great game if not that. 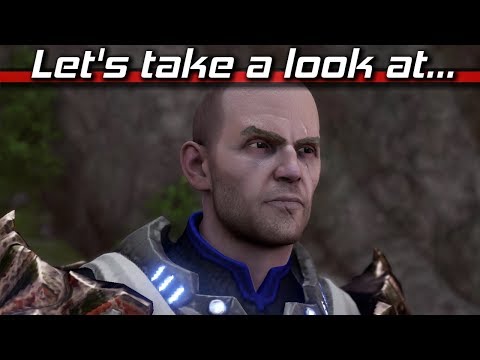 Not Recommended
63.1 hrs on record
tl;dr; Play only if you are a fan of the Gothic/Risen series. If not, you will be frustrated!

This game is in line with the Gothic/Risen series. This is good.
It has 300+ quests
Many different characters
3 Factions
Fully voiced dialogs

BUT
It is made for consoles. Why just why do developers have to ruin games by making them for consoles and then porting them 1:1. I mean seriously not even the "Press any key to enter game" works. Only specific keys work! Be ready to press some ridiculous keys during the game.
Oh, and do not get me started on the map. There is literally no way to know where to go with quests based on the dialog. Just follow the yellow map marker.

It goes on like this in every ♥♥♥♥ing dialog!

The progression system sucks. You start as a worm and you stay at that level for very long until level 25 when you suddenly start murdering everything!

The combat system also is highly random and unrewarding. What will make you scream at the PC is the "I turn at 10° per second and hit at my current location rather than where the player is looking". You will miss hits a lot. You have been warned!

There are so many more negative things about the game. But in the end, it's still something Gothic like and Gothic is awesome so I did play through this and I could not put it away. It dominated my life for some time. But it was a mixture of frustration and joy.

Not Recommended
0.4 hrs on record
Elex looks like an enjoyable game to someone who has never played it. It has an interesting backstory that initially drew me in, but the game itself is highly disappointing. The combat system was just terribly thought out. There is a few seconds of delay from when you push an attack button to when your character actually launches the attack you intended. This lack of control really throws you out of sync with your character.

Apart from that, I'm not a huge fan of the graphics either. They look like they were from an engine that was used to make PS2 games, and the character models look very homogeneous. The animation is also incredibly awkward and do not look like what a real human would actually move. 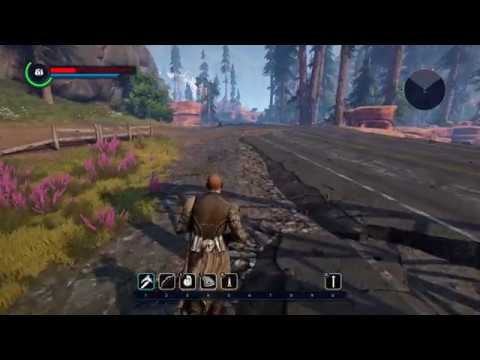 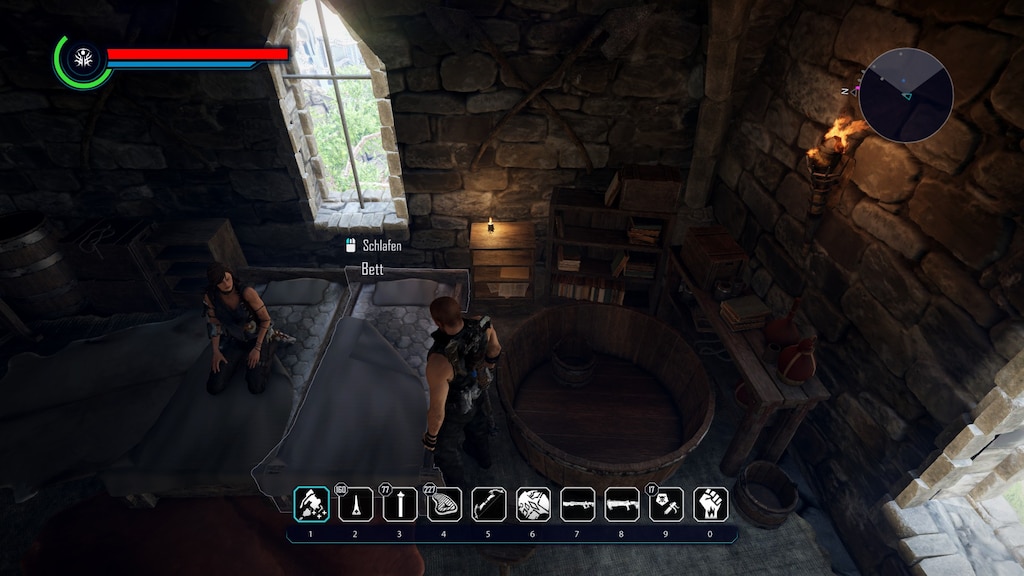 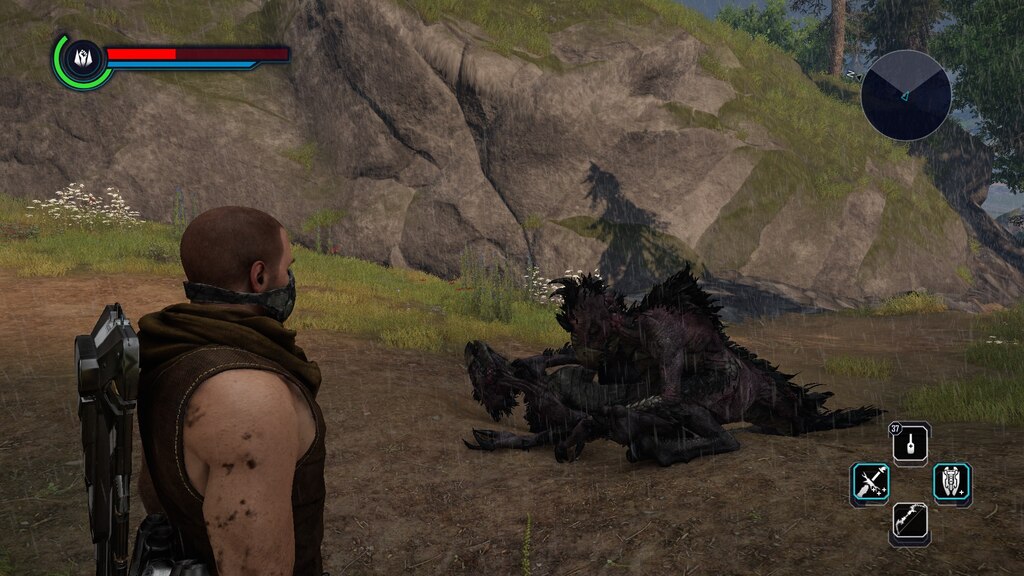 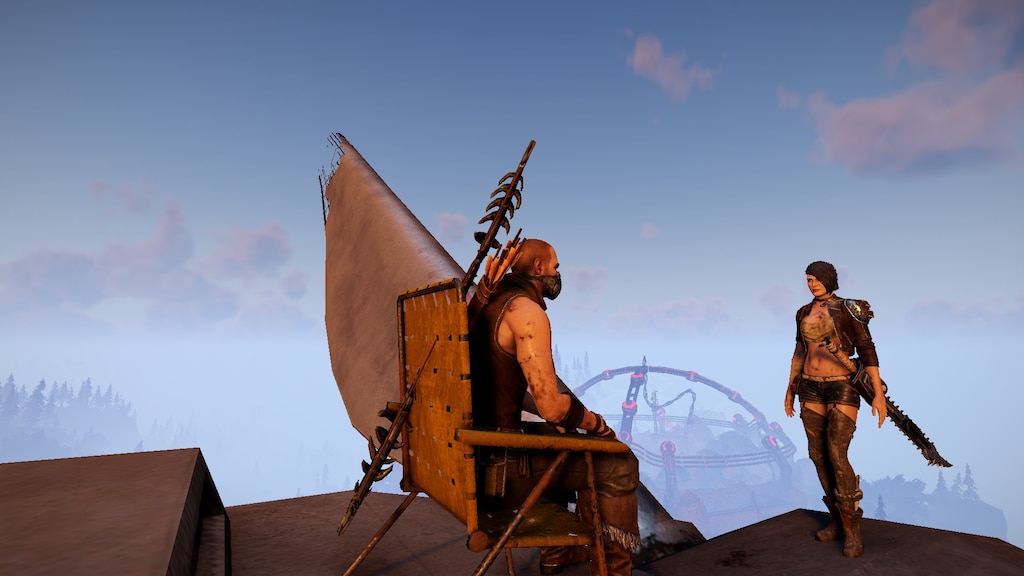 0
0
Ugh! I can't stand the Cats News Channel. It's so biased against dogs. That's what happens when you're in the pocket of big nip.

Chiken_Sammich
View screenshots
Force companion to use ranged?
So when I came across Arx companion and after asking him to follow me he had a ranged weapon on his back. When I go into combat however he's using melee, is there a way to make him use ranged or does he just have to decide on his own or was that ranged weapon just for show?...
3

DiabloMuerto
Aug 11 @ 3:00pm
General Discussions
Similar Games?
Hey Guys, I really enjoyed the game. Especially the Environment and the controls, the combat and exploring the world. Can you name some similar games? Thanks in advance and big cheers to anyone.
22

Jaqué Gangloff
15 hours ago
General Discussions
Banned Paid Fine but Still Banned
Ragnar banned me from trading (apparently I did more bad things than good which was a surpise to me) but I paid a heft fine (2,000 elex or something) and yet the bar tender says I'm banned from trading. I joined the clerics, I dk if that makes a difference. Any help?...
18

CaptainChaos
Aug 6 @ 3:59am
General Discussions
I bought the ELEX Digital Extras - and the download was complete...
... but how can I access them? I donn't find any icon or button.
2