Forts is a physics-based RTS where foes design and build custom bases, arm them to the teeth and blast their opponent's creations to rubble.
$14.99
Visit the Store Page
Most popular community and official content for the past week.  (?)
Forts Ranked Multiplayer - Season 18 Champions!
Aug 9

The Season 18 results are here! mcc72k was on top of the leaderboard heading into the final days prompting many to speculate that EtaN's record setting 8 titles and 5 season winning streak would finally come to an end. It was not to be however, as a late charge by the reigning champion in the waning hours was enough to overcome the substantial lead of mcc72k and secure the gold. mcc72k finishes with silver, and Amburulo takes the bronze. This matches their previous best result, and in fact the entire podium of season 18 is a mirror to season 15.

Some takeaways from last season. Buzzsaws were a favourite weapon of early aggression. No surprise with Pillars in the map pool. Will that trend continue under the new rotation? Howitzers are still proliferating but the classic firebeam-plasma combo remained as popular as ever. And the impact of the commander charge balancing from Update 1.16 is still being felt into Season 19.

While the top 3 places receive Gold, Silver, and Bronze, every player finishing within the top 20 will receive a Season 18 Medal. Congratulations to all medalists as well!

1v1 Leaderboard
Season 19
Season 19 is already underway and will run through September 30th.

Discord
If you haven't already, join our Forts Official Discord[discord.com] server for discussions on weapons, strategies and modding with our friendly and helpful community!

Forts
33
0
How to damage materials in the map editor?
Is there even a way? If there isn't, then i would like it planned!
2 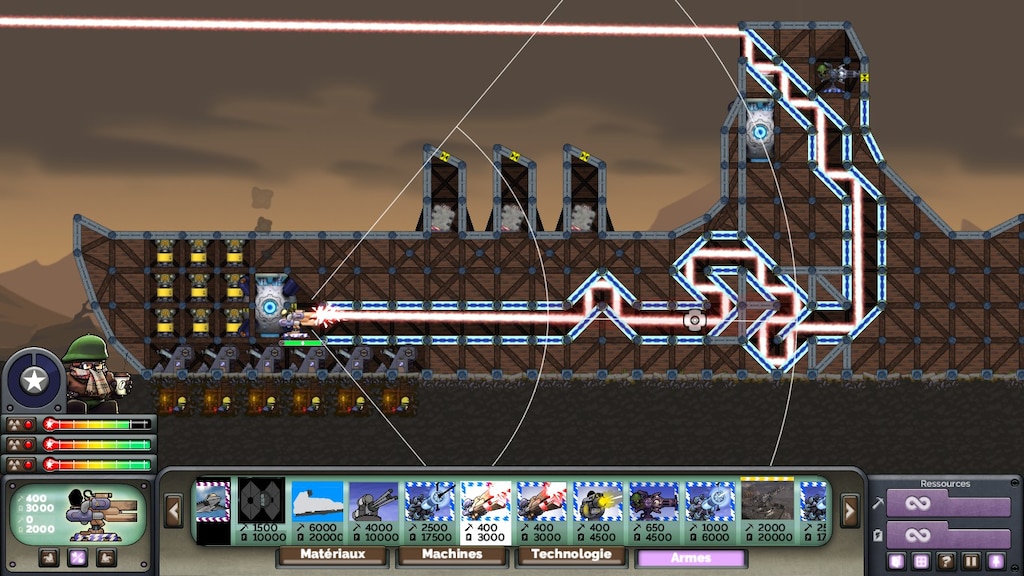 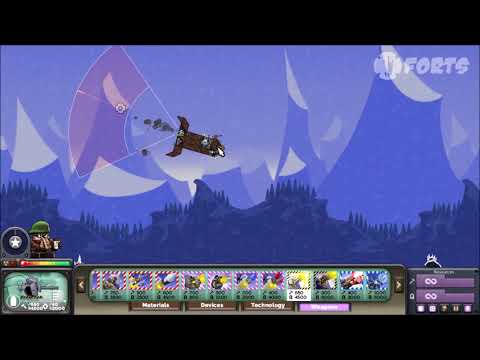 5
31
the absolute state of Forts

As Forts continues to grow, EWG has partnered with marketing agency Infernozilla[infernozilla.com] to help expand and develop our fantastic community. We can look forward to more tournaments, competitions and social media engagement, giving Forts players more opportunity to show off their skills and creativity to the world!

Infernofozilla’s experienced team includes community manager Silverballer who will work closely with Romerolagus and crew to ensure the continued successful running of the Forts Discord, Steam forums and tournaments. Monjie will be taking over social media comms for us.

To celebrate our new collaboration, we are running a sale over the weekend, so tell your friends, and if you see Silverballer or Monjie on Discord, please give them a warm welcome! 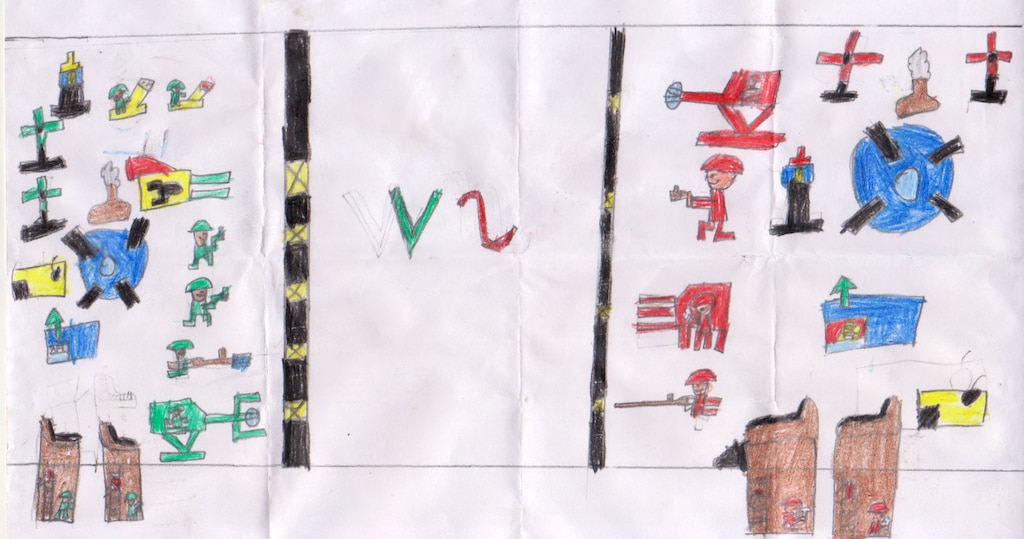 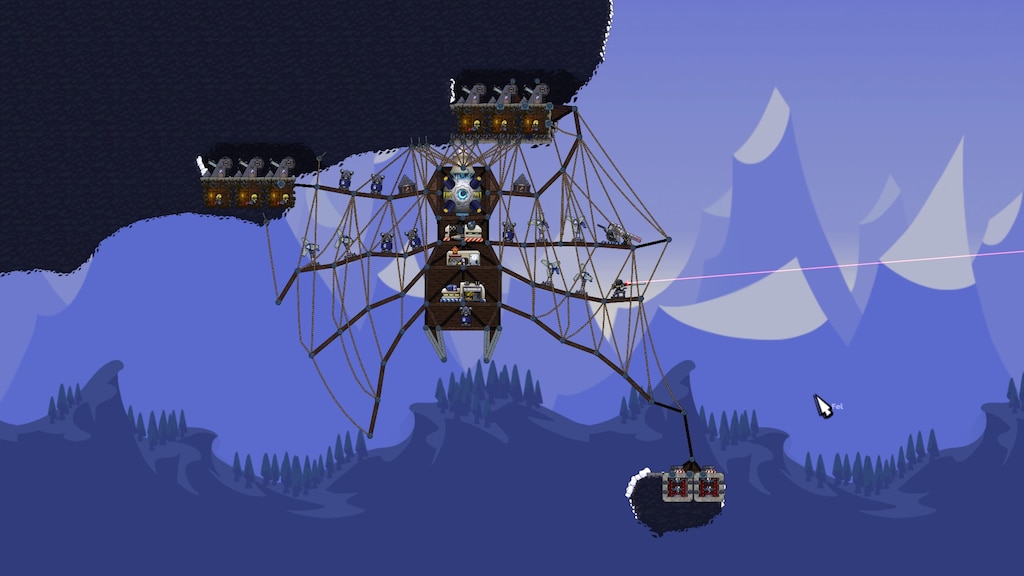 How to be a PRO at Vanilla Forts
This is an exhaustive guide to all points of forts gameplay in a vanilla multiplayer lobby. Players are presumed to have an understanding of basic forts gameplay. If you feel like you do not have this understanding it is recommended you play the forts camp...
100 ratings

The Forts Map Editor
This is a comprehensive guide to creating and editing maps in Forts. We'll add screenshots and videos as we have time to make things clearer. Warning: don't upload maps to the workshop that contain copyright material such as music or sounds and images f...
100 ratings 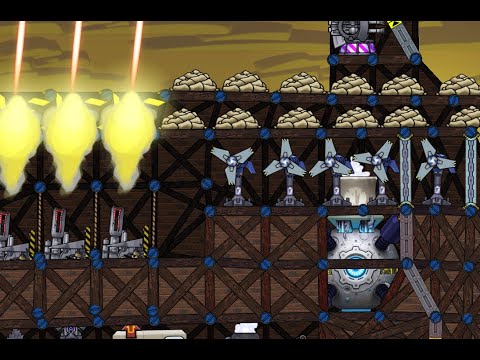 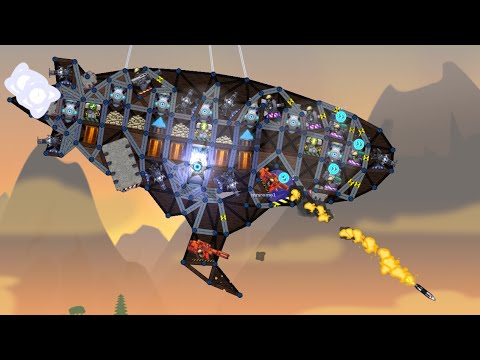 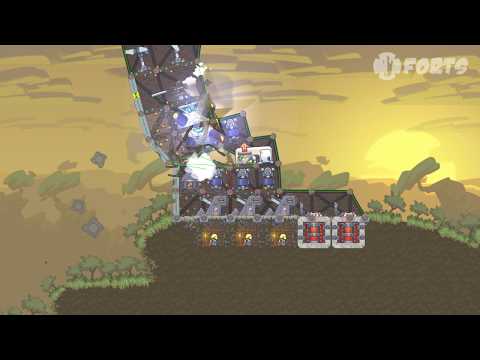 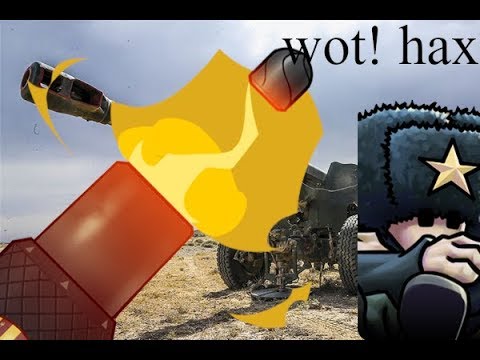 How to mod High Seas
Discover the new modding features of the High Seas DLC, and how to use them to create new content.

How to particle accelerator!
Ever wanted to learn how to flatten your enemy 's base , but didn't want to chop your own in half? now you can with this complete guide on how to make a very impractical super weapon.With a brief history, a lesson on principles, and tips and tricks, you ca...

Recommended
13.2 hrs on record
My name is Yoshikage Kira. I'm 33 years old. My house is in the northeast section of Morioh, where all the villas are, and I am not married. I work as an employee for the Kame Yu department stores, and I get home every day by 8 PM at the latest. I don't smoke, but I occasionally drink. I'm in bed by 11 PM, and make sure I get eight hours of sleep, no matter what. After having a glass of warm milk and doing about twenty minutes of stretches before going to bed, I usually have no problems sleeping until morning. Just like a baby, I wake up without any fatigue or stress in the morning. I was told there were no issues at my last check-up. I'm trying to explain that I'm a person who wishes to live a very quiet life. I take care not to trouble myself with any enemies, like winning and losing, that would cause me to lose sleep at night. That is how I deal with society, and I know that is what brings me happiness. Although, if I were to fight I wouldn't lose to anyone. 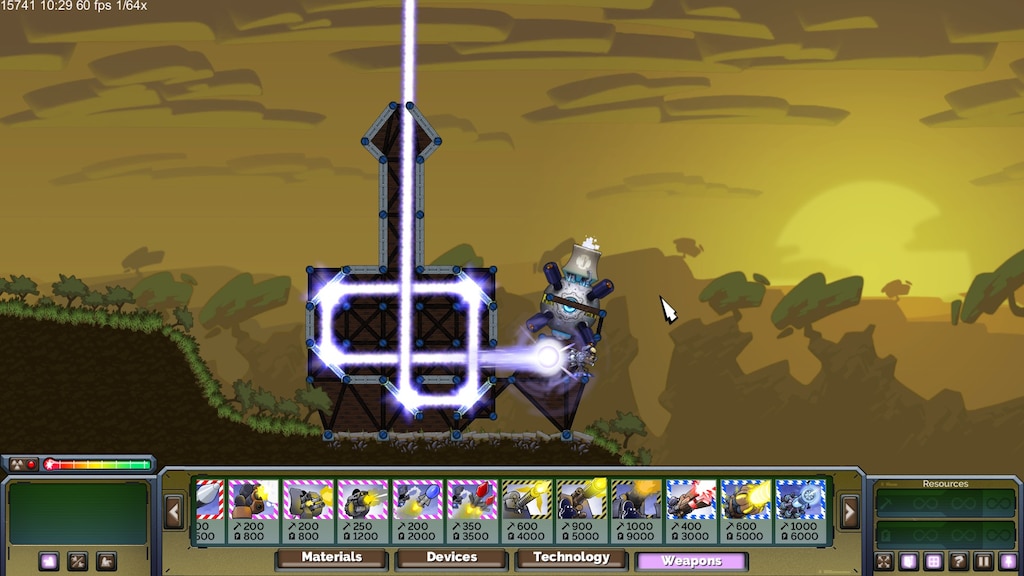 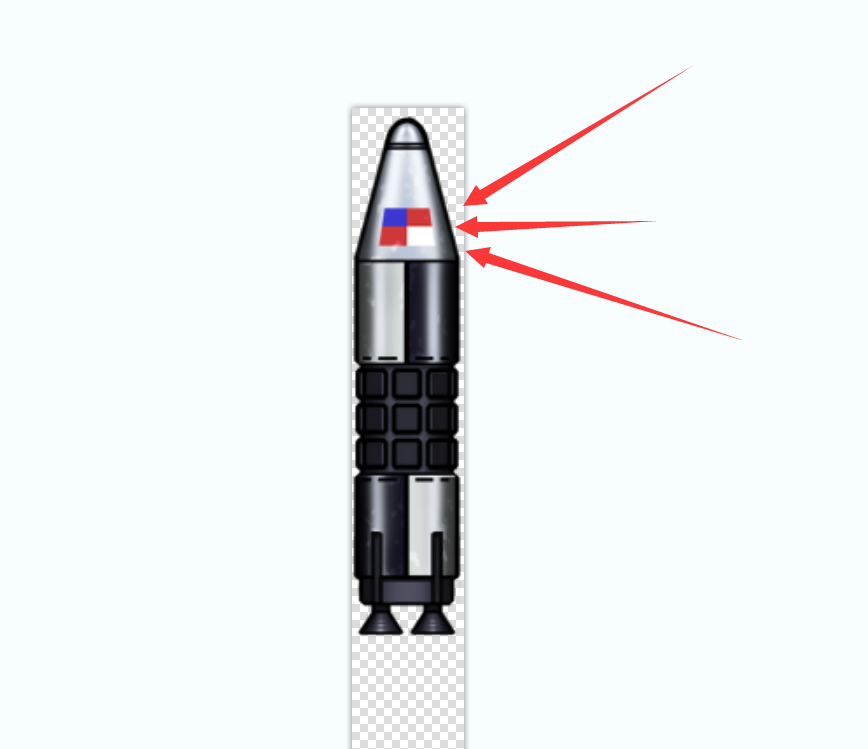 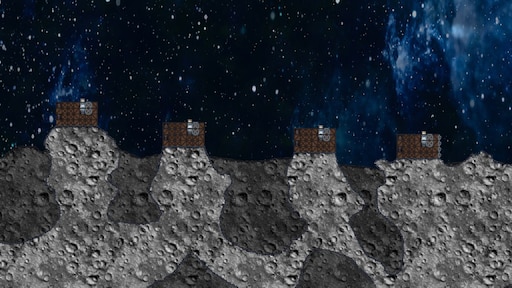 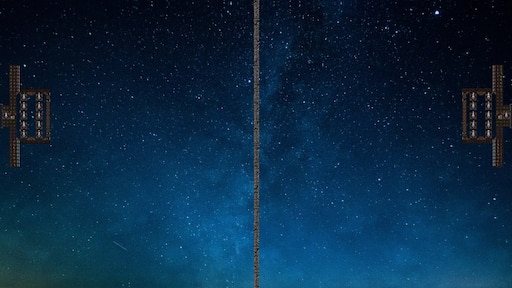 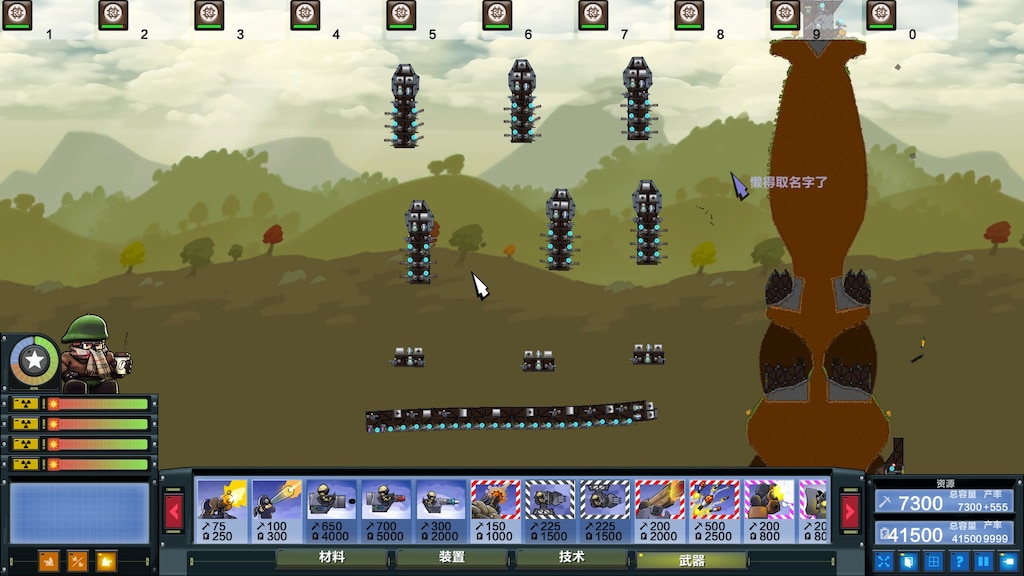 Forts Random Devices: How to add support for your mod
Original mod for context: https://steamcommunity.com/sharedfiles/filedetails/?id=2836207163 Major thanks to asca Random Devices has some built-in mod support, but you can also make it so it supports your mod, here's how: Not Recommended
6.9 hrs on record
This game is not fun

Congratulations to EtaN, winner of Tournament XXIV, our first official High Seas 1v1 Tournament! EtaN faced off against perhaps his toughest opponent, timezones, on his way towards adding another victory to his already monumental collection. The earlier start time was embraced by players in other regions though as we saw a number of first time competitors able to participate.

One of those newcomers, Dranistian advanced all the way to the semifinals to face off against their mentor, AlexD in a tense mirror build match. Experience won out as AlexD went on to meet EtaN in a best of three finals while Dranistian played a back and forth bronze match against Mech70 on The Leviathan going down to the wire. Mech70's own road to bronze was full of ups and downs. He narrowly escaped the very first match of the tournament against a perfectly executed Buster portal mortar rush. Putting on a defensive clinic how to not simply survive, but also hoard resources enough to produce weapons and take the offensive while under constant fire. His run at the title was finally halted by EtaN in a duel of planes.

Speaking of planes, the Nighthawk emerged as the weapon of choice for ending 1v1 High Seas matches. Deckguns were predominant in Tournament XXIII. In XXIV, victory most often went to the player best able to defend against, and land their own Nighthawks. Will this trend continue or will more advanced defensive designs render them obsolete? Stay tuned to find out!

If you enjoy high level Forts we highly recommend watching the replays, now available from the Featured tab of the Forts Replays menu. Analyze their builds with the help of Ximsa's Observer tools.

As always, thank to our hosts and casters, Bobereto[www.twitch.tv] and Project Incursus.

Discord
If you haven't already, join our Forts Official Discord [discord.gg] server to connect with other players, share strategies, create maps and mods, and advance notice of upcoming events.

It Hurts When IP
Aug 14 @ 1:49pm
General Discussions
Mods not working
Apperently, a whole bunch of mods don't seem to work, which sucks. Which mods do actually work? And why are so many mods broken?
4

eric.dreblow
Jul 29 @ 2:44pm
Workshop Discussions
how do you defend against planes in high seas
im having trouble protecting against them in the campaign so im asking for help edit im going to try shotguns edit 2 shotguns are op against planes
3

The_Egg_Gun
Aug 15 @ 11:00am
General Discussions
the game doesnt start
dear developer when I downloaded the game again after some time and started it. it was closed again immediately, I would like you to fix this error. Yours sincerely, Wolfi_132
4