Re-discover what made System Shock the first of it's kind, a ground breaking immersive sim that would inspire a generation of games to come....
$9.99
Visit the Store Page
Most popular community and official content for the past week.  (?)
new update?
any changelog somewhere?
32

System Shock Bestiary
The complete list of enemies in System Shock, now also categorized in difficulty and type order. (Weakest in the top of each category and strongest in the bottom.) Statistical information taken from the I.C.E. Breaker Guide Book, which is included in th...
10
83 ratings 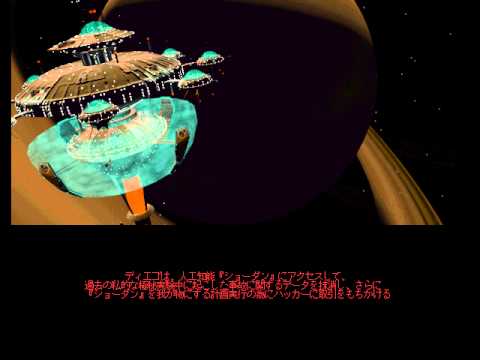 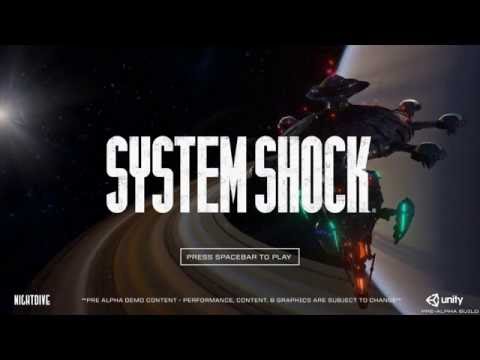 Enhance your System Shock Experience
This guide will aim to be a one-stop shop for all your System Shock: Enhanced Edition modding queries. It covers how to change the controls and the music with VirtualMIDISynth as well as some useful quick tips.
8
80 ratings 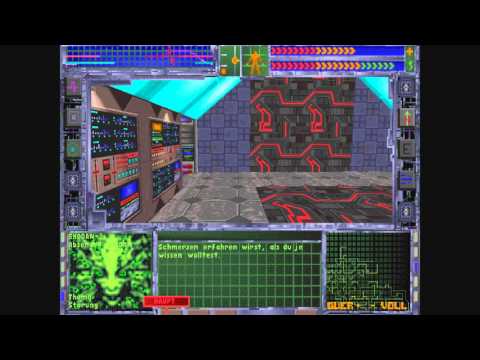 System Shock Walkthrough
A walkthrough for people who get stuck. It only covers the things that are absolutely essential for making it through the game.
23
53 ratings 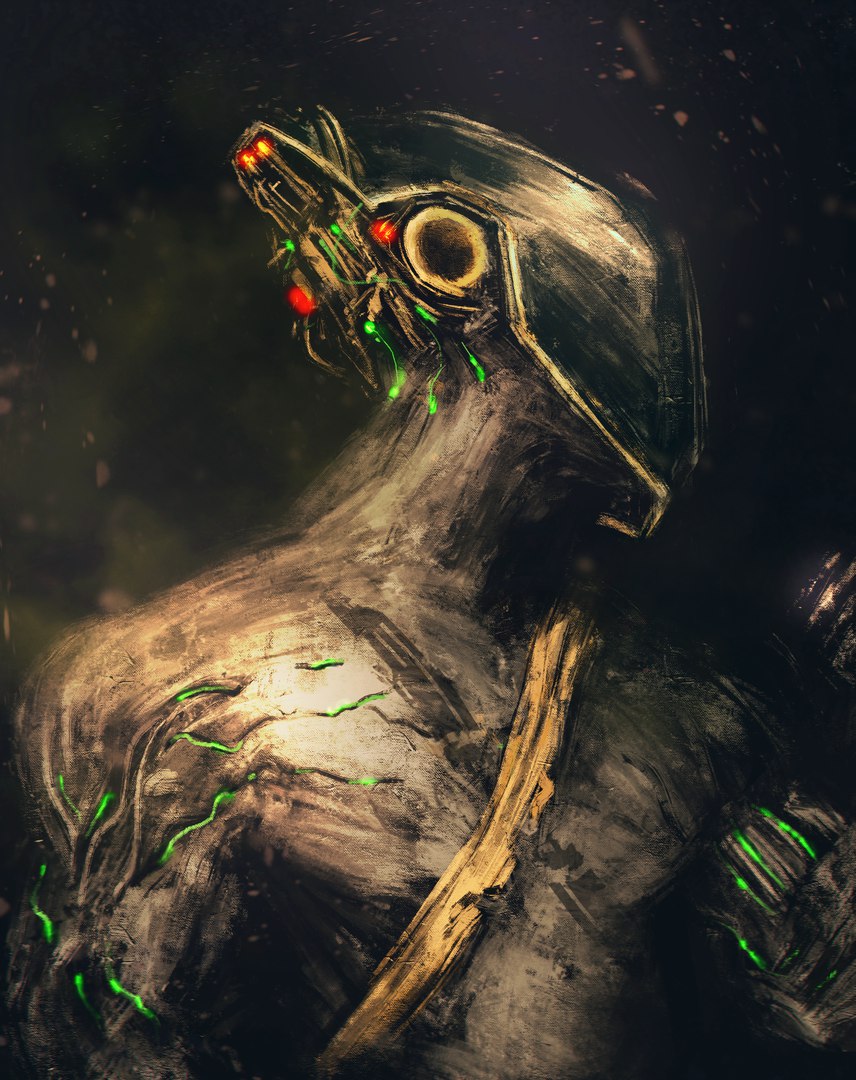 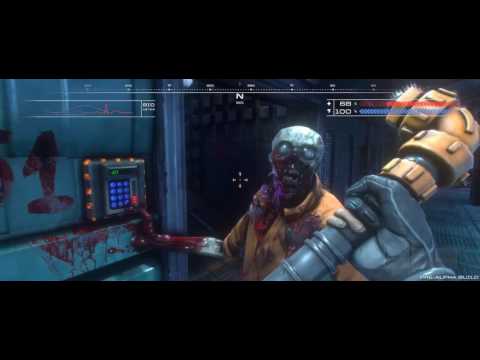 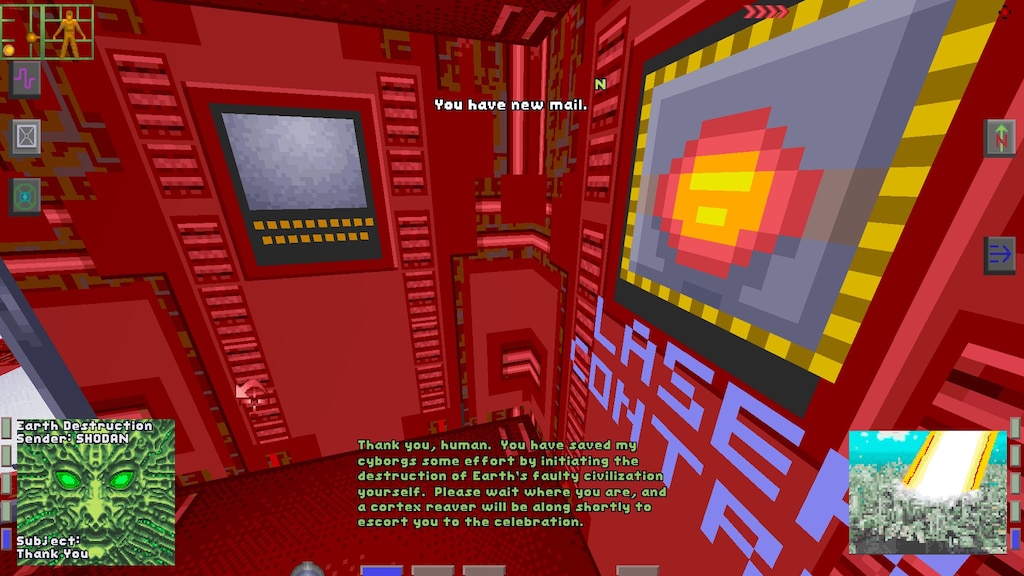 ivanproff
View all guides
Mining Laser - No Email? (spoilers)
No cutscenes are playing and no email from Shodan is being received after firing the mining laser. I have a save right before I fire the laser to destroy it. I have the override code put in, X22 placed, shields up, I press the button, get a firing messag...
3

Nersius
May 23 @ 11:10am
General Discussions
Artwork 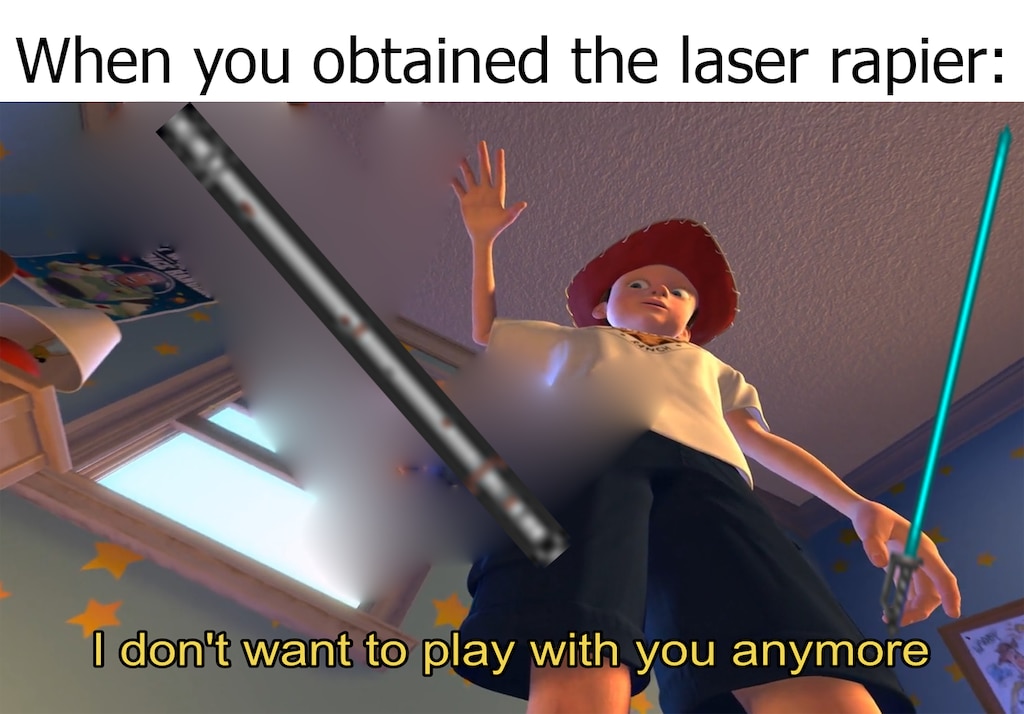 For me System Shock 2 is the best game of all time. If i had to choose one game that would be the only game i could play for the rest of my life, it would be that game. Still, i was highly sceptical if it‘s predecessor would live up to my expectations, especially since it was not known for intuitive controls even back in the days of its initial release. but boy, did this game deliver. when it comes to the best game of 1994, this would be it for me. And yes, that means beating doom 2 in that regard.

at it‘s core, it‘s still a basic fps. it doesn’t have the rpg-like mechanics like it’s successor, and all the inventory management and special abilities come off more as a bit gimmicky rather than important and useful gameplay elements at times. but for 1994, i was very impressed by the complexity of system shock.

yes, it takes half an hour or so to fully understand the controls, but just like in system shock 2, you‘ll soon find yourself switching between your various inventory menus and freelook mode almost effortlessly. in addition, the game has very extensive options to set the difficulty. not only can you choose the difficulty of the combat and puzzles separately, you can even adjust if there should be certain plot elements or if the game shall give you a time limit for completion.

even though the weapon models are basic to say the least (this is where system shock looses against doom 2) the gunplay is oddly satisfying and you can choose between a wide variety of ranged and melee weapons. the environmental grafics on the other hand seem a little bit more detailed than in doom 2. the level design in system shock also is way more complex and has much more verticality to it. you won’t go from level to level like in doom, but you will frequently backtrack back and forth between the various decks of the space station the game takes place on, in order to complete various manifold tasks, which makes the leveldesign a lot more believable.

and then there is the story and atmosphere. the thing that impressed me the most about it, was that this over 25 year old game managed to creep me out more than most contemporary tripple A horror games. Seriously at one or two points the game had made me think „wow, this is horrible“. like in system shock 2 the storytelling mostly happens through listening to the audiologs left behind by the former crew members and that is still one if not THE most effictive way of telling a story and creating atmosphere i ever experienced in a video game. the audiologs were already fully voiced by voice actors, who did a good job for 1994 game standards. entering a dark room full of bodies, severed limbs and heads, then picking up an audiolog which let‘s you listen to the last seconds of the poor people‘s lifes while mutants are growling in the background sends shivers down my spine. overall the sounddesign is pretty good, but the often too groovy and upbeat music (while sounding cool by itself) gets in the way of the atmosphere and very soon starts to be annoying. i turned it off after 15 minutes of playing. the sound effects on the other hand, wether it be the sounds of the guns, mutants or the aforementioned voice acting are very good for 1994 standards.

the only little downside i experienced is that the leveldesign gets a bit confusing towards the end, and the game tricks you into one or two slightly unfair sudden deaths. the mission objectives are a bit vague from time to time, too and i had to look up a walkthrough maybe a handful of times. But that‘s really about it.

since i only played the enhanced version, i have no direct comparison to the original and i can’t tell if there is a huge difference apart from the modern resolution and slight control tweaks. but man, this game was really ahead of it‘s time. all the basics that made it successor the best game ever are laid out here and i had so much fun with this game, that i basically binged it through in one sitting, with only a couple hours of sleep in between. Everybody who likes system shock 2 only half as much as i do needs to at least try this one out. thanks to nightdive studios, who made this awesome classic still playable in 2020.

Chapeaux, System Shock, you did it again.

Recommended
20.9 hrs on record
its hard as nails but pays off in the end. while enjoyable some parts come into bad design territory (autobomb maze.) system shock 2 is much better and way more accessible, play this game second and only if you want more lore, its boils down to reloading saves for 8 hours until the game ends. if ur a big system shock fan though obvious reccommend. 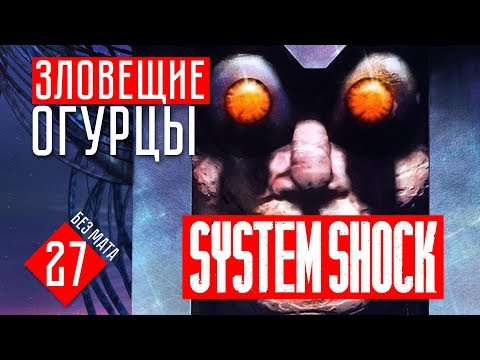 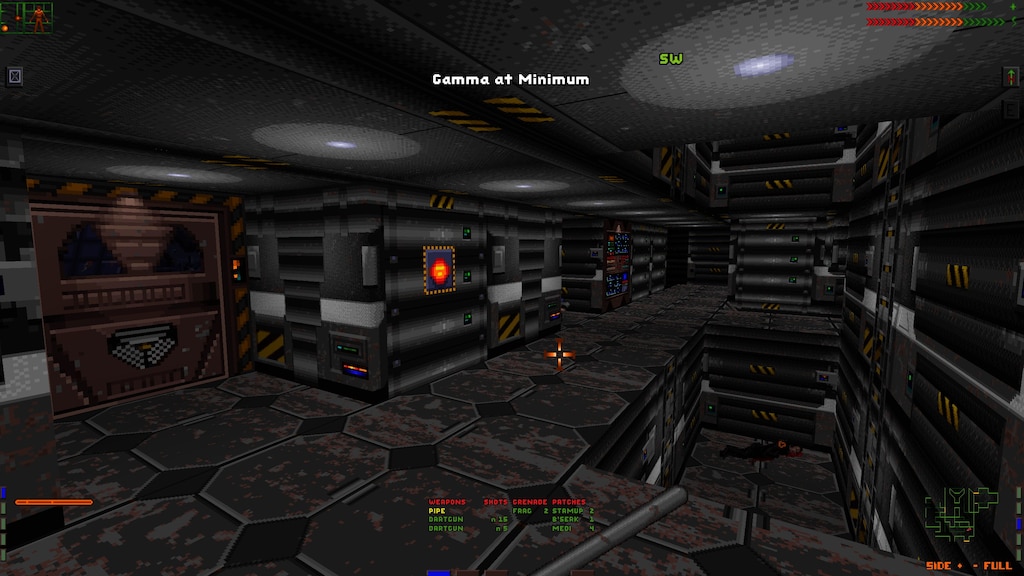 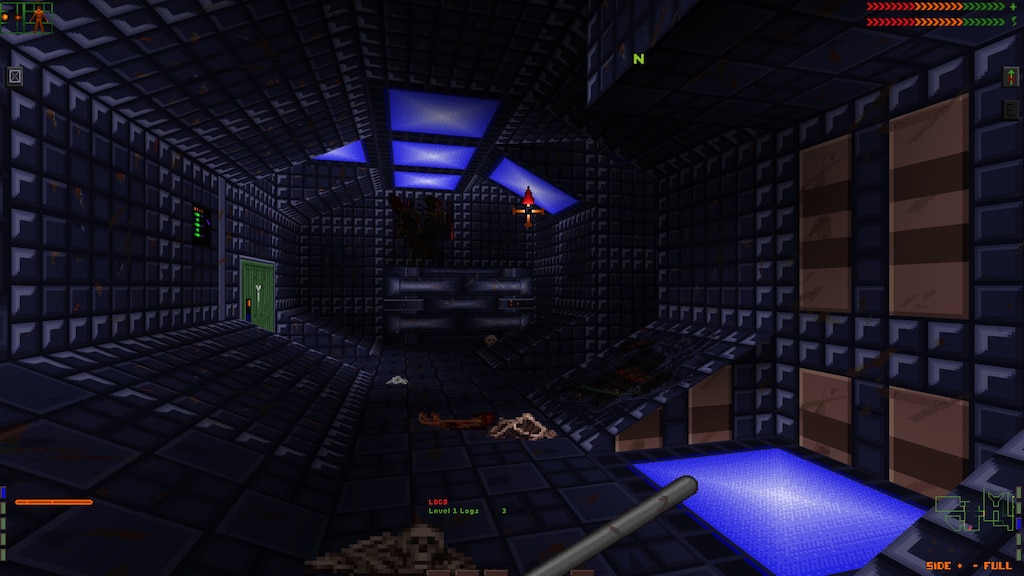 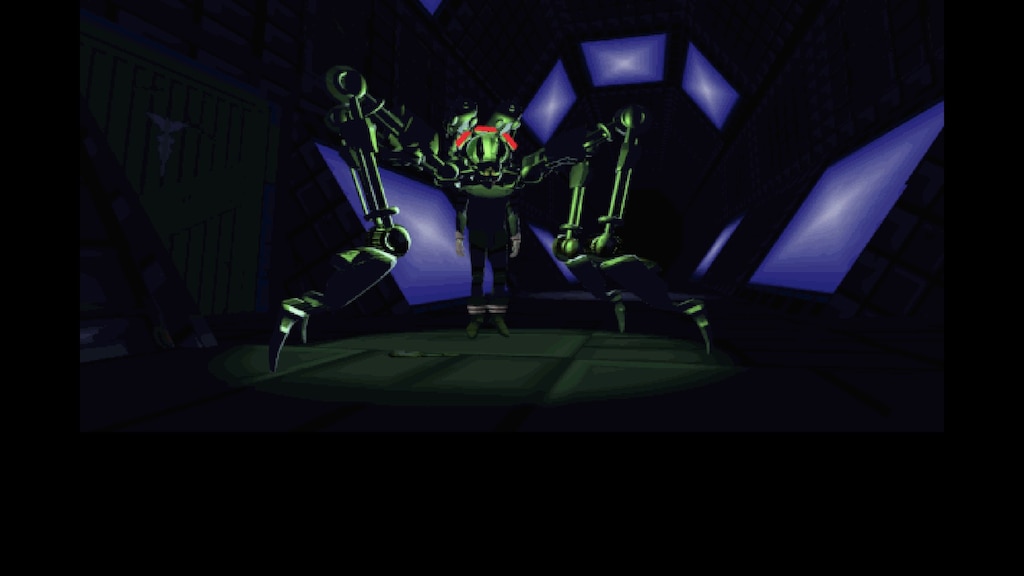 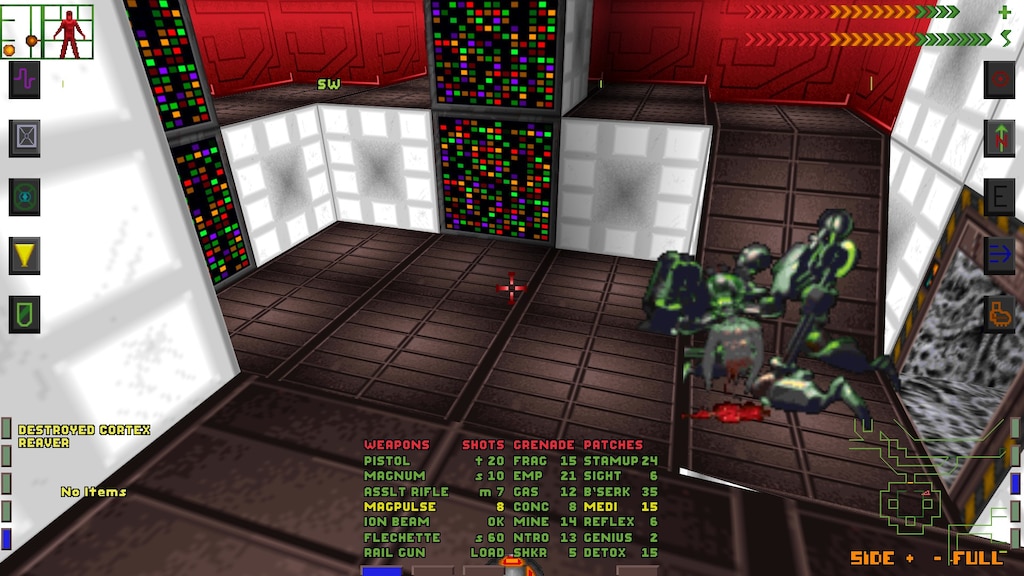 HellsWind
View screenshots
I messed up switching to OpenGL
Hello, I'm running on an older computer and was successful at opening SSEE at first, but when I tried to switch the graphics settings to OpenGL, I was unable to play it after restarting. The application opens, and I can hear the opening credits, intro, a...
1

ShadowBlissey41
May 21 @ 12:48am
General Discussions
Update is forcing the MIDI device to be "Microsoft GS Wavetable Synth" only. >:-(
Before this update, I was able to use any MIDI device I had installed in Windows 10 (ex: Yamaha SXG-50 vst). Although there's a selector for what MIDI device I can use and it shows all of them, it doesn't actually change it. Is there a way to fix this?
4

GORT-SMDM
May 4 @ 11:39pm
General Discussions
How do the wire puzzles work?
I don't want to look up the solutions, I just want to understand the rules and logic these puzzles follow so I can actually solve it with my brain instead of just connecting random ends. I'm playing with every difficulty on 1 for my first time, so the wir...
3

♥PinkPrincessRei♥
May 10 @ 10:58am
General Discussions
No one has rated this review as helpful yet

Recommended
10.2 hrs on record
What an amazing game, but the last level and boss is VERY underwhelming.