The highly anticipated sequel to the best-selling Stronghold, Stronghold Crusader HD throws you into historic battles and castle sieges from the Crusades with fiendish AI opponents, new units, 4 historical campaigns and over 100 unique skirmish missions.
$9.99
Visit the Store Page
Most popular community and official content for the past week.  (?)
Skirmish Trail Update
Jun 22
https://www.youtube.com/watch?v=dWki5r4ohZs
We have now released version 1.4 of Stronghold: Warlords on Steam! The Skirmish Trail Update introduces Warlords' first ‘skirmish trail’, a series of challenging missions with unique conditions to overcome and achieve victory. Other features added in the update include a new mounted soldier, two additional AI warlords, the return of a popular building for healing units and two extra multiplayer maps.

A classic mode introduced in the original Stronghold: Crusader, skirmish trails invite experienced players to display their mastery over Stronghold’s economic gameplay and RTS combat. Each trail mission pits player lords against a unique combination of AI opponents, recruitable warlords, resources, starting goods and teammates across a combination of new and existing maps. Choosing between ‘Standard’ and ‘Challenging’ difficulties, the classic ‘Chicken’ feature can also be used to skip missions players find too difficult. 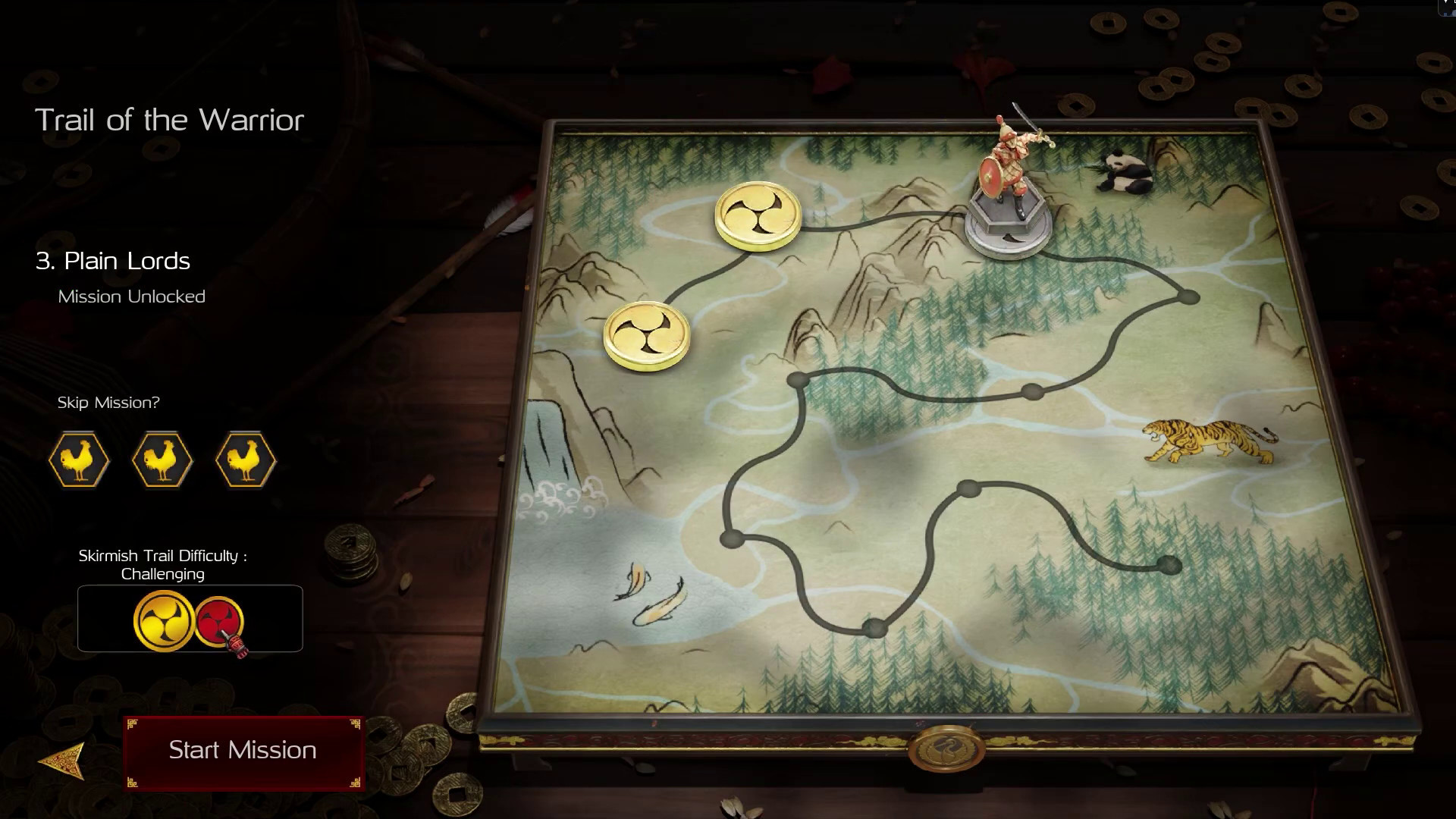 The mounted Samurai Lancer marks Warlords’ first post-release unit, boosting the game’s launch roster of 16 soldiers and 10 siege weapons. With the ability to buff attack damage for all nearby mounted allies, the Samurai Lancer is a powerful new Japanese unit type. Armed with a piercing lance and clad in samurai armour, the Lancers are based on the Onna-musha female warriors of pre-modern Japan. Highly-skilled horsewomen as fast as Auxiliary Cavalry, but with an attacking strength comparable to their Imperial brethren, the Samurai Lancer provides support for other mounted units while also packing a punch of their own. 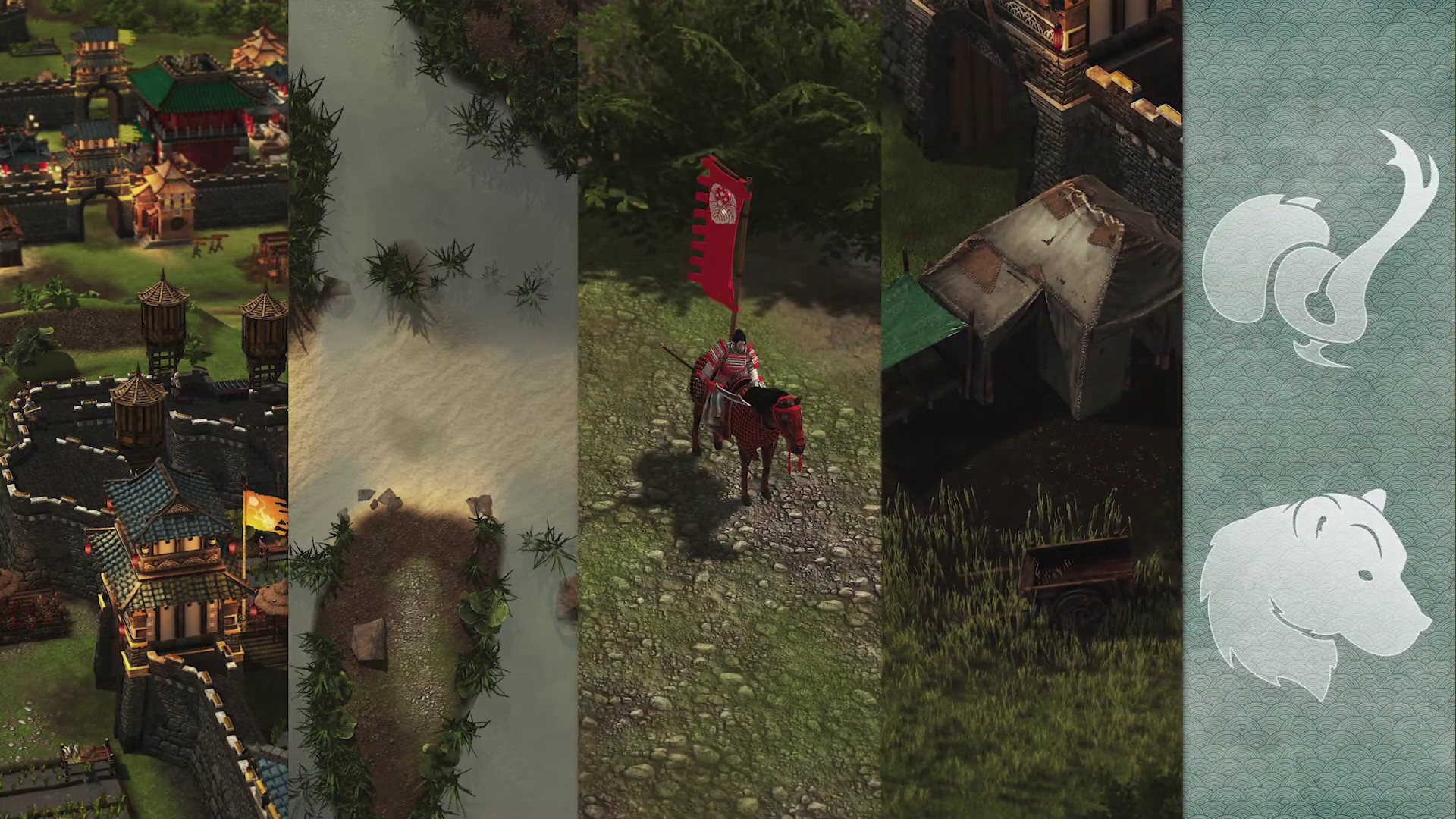 A common request pre-release and one built into Warlords’ content roadmap from an early stage, the ability to heal units is now available in the new Field Hospital structure. A unique building that can be placed by any Beetle Warlord under your control, the Field Hospital heals all allied troops standing within its area of effect. Upgrading the Beetle Warlord will also increase the amount of healing given to troops over time, making this Edict even more effective at protecting defensive troops or those stationed in preparation for a siege. 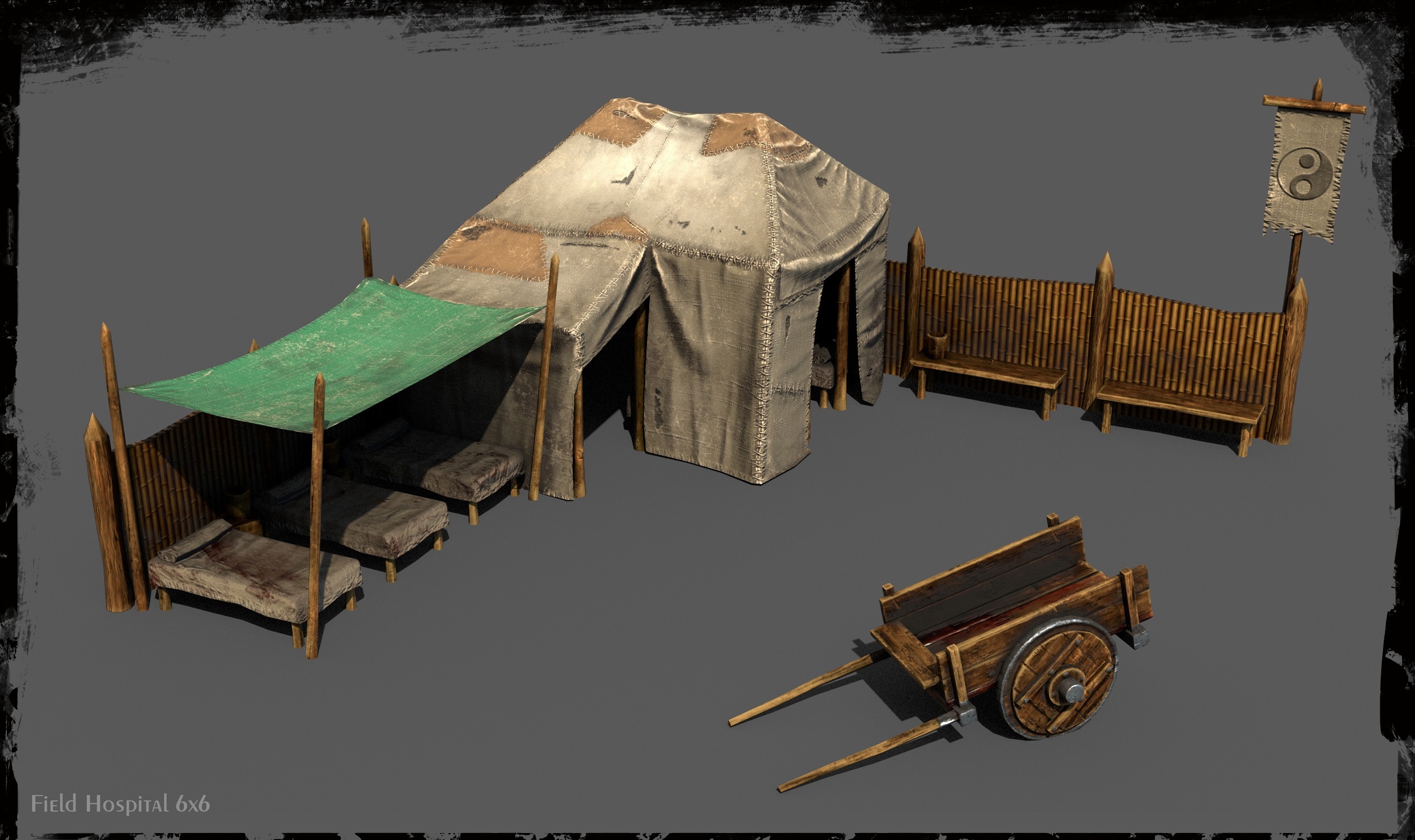 The Beetle and Bear Warlords are the first of several new warlords being added to the game in 2021. In addition to the aforementioned Field Hospital, the Beetle Warlord is a master of defence, giving players access to cheaper castle traps and shipments of armour. The Bear Warlord meanwhile is all about strength in numbers, improving the buff radius of Imperial Bannermen and making Imperial troops more affordable. The Bear is also effective for feeding your population and can even launch siege attacks of his own! 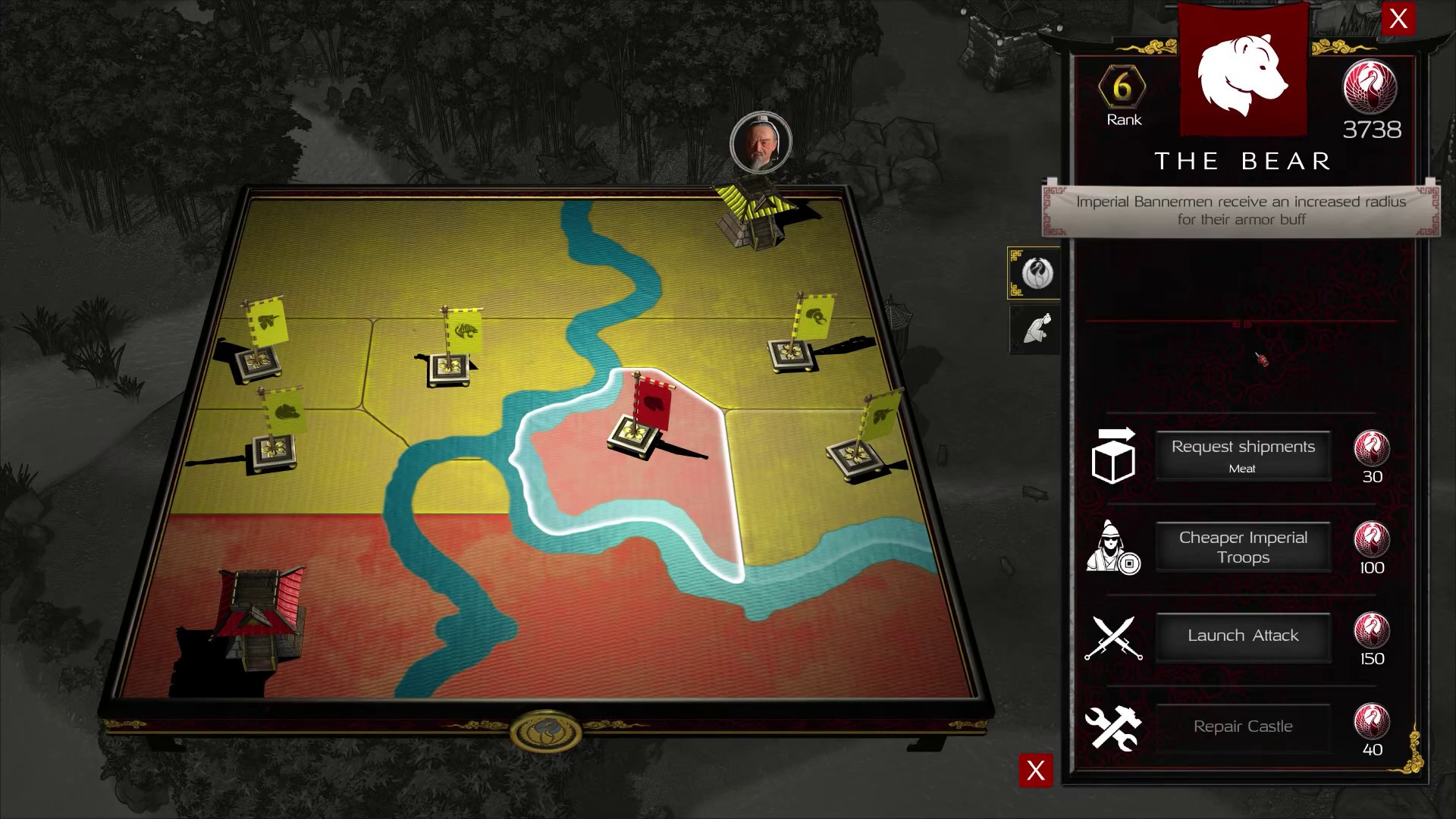 Finally both the Ascendance and Guarded Crossings maps are now available for use in skirmish mode and online multiplayer. Ascendance is a large four player map that proves some lords are more equal than others, giving each a chance to secure the high ground and claim victory. Meanwhile Guarded Crossings sees the northern player benefit from a large build area, but without access to the valuable warlords their rivals will be hotly contesting. 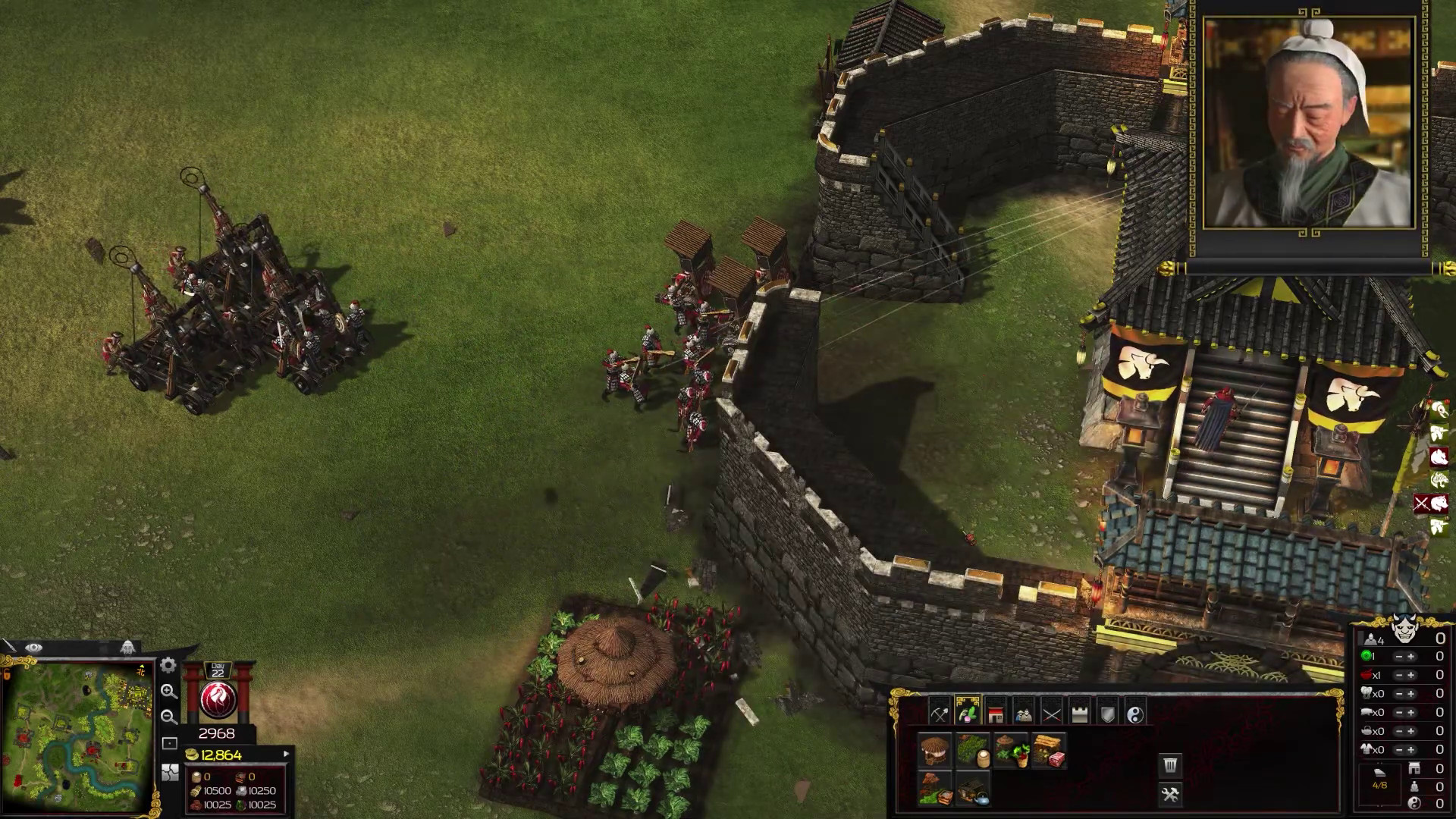 While the release of the Skirmish Trail Update and version 1.4 brings us to the end of our initial spring/summer content roadmap, rest assured more updates are on the way! This will begin with the reveal of our summer/autumn roadmap, with full details on that arriving next month. So if you're hungry for more Stronghold: Warlords content be sure to keep an eye on our official Discord server and YouTube channel for the latest updates.

Stronghold Crusader HD
52
3
Beginner
Do you have any tips for beginners or any videos on youtube for beginners. Thx
1 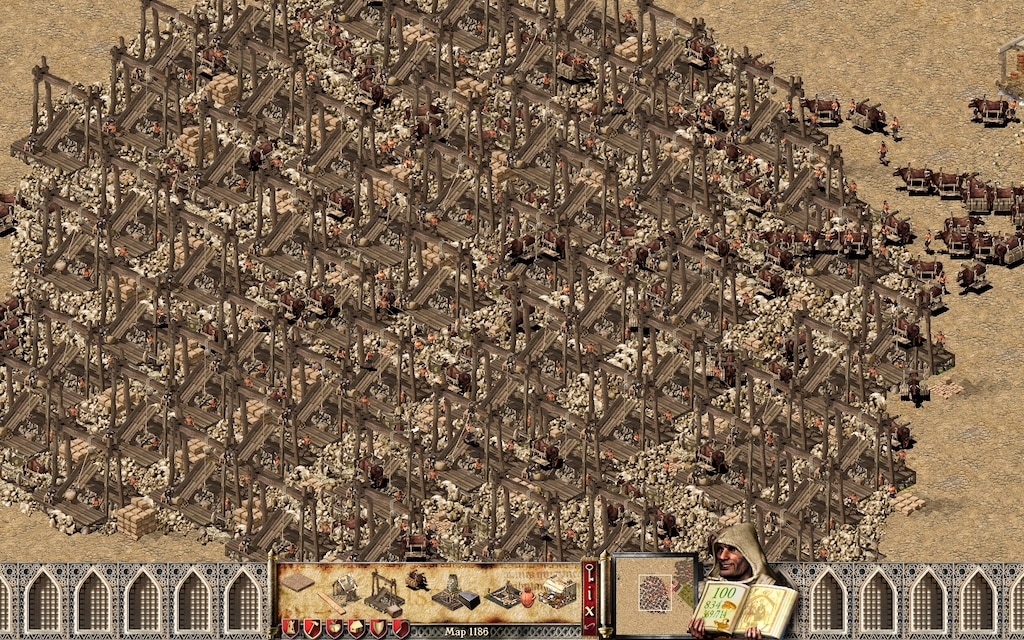 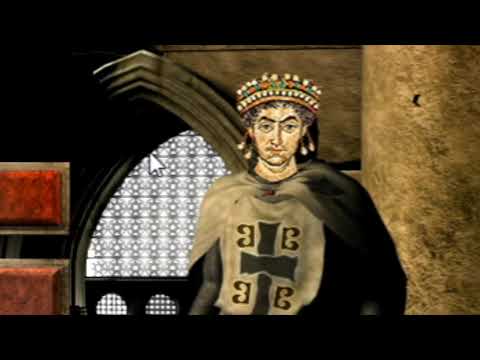 3
12
Stronghold: Crusader, but the crusaders pay for the Fourth Crusade 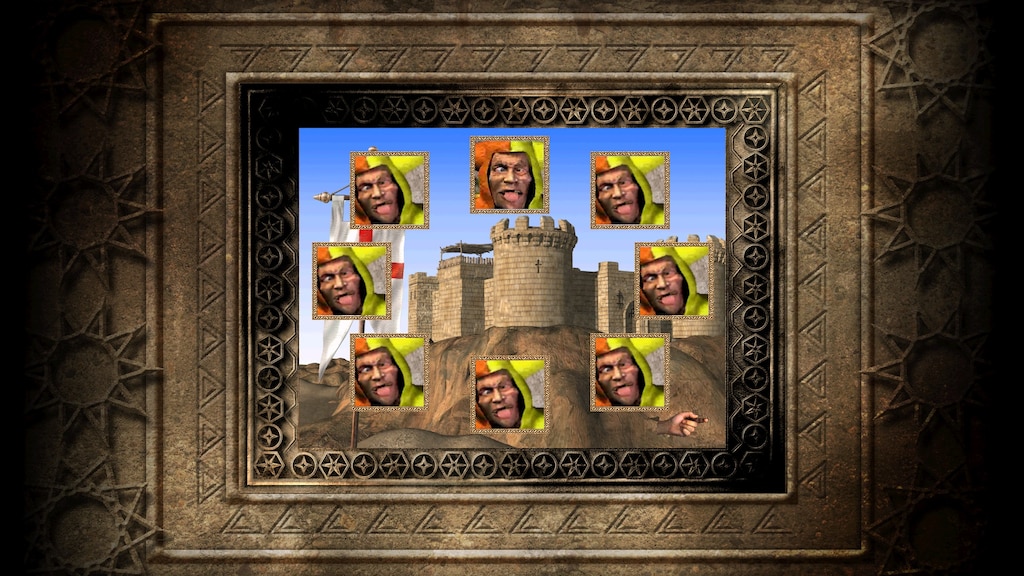 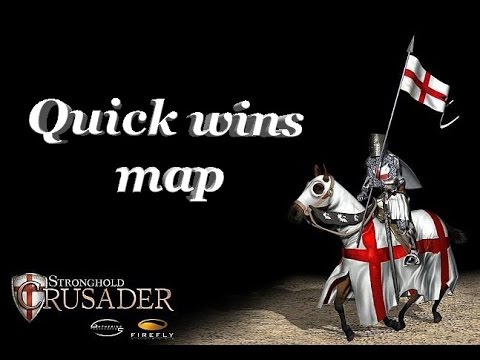 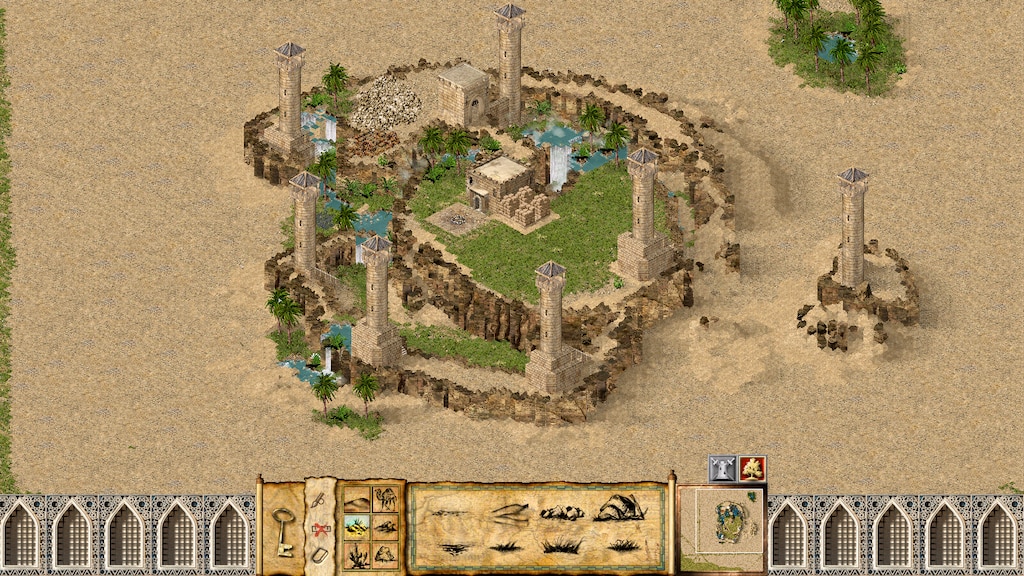 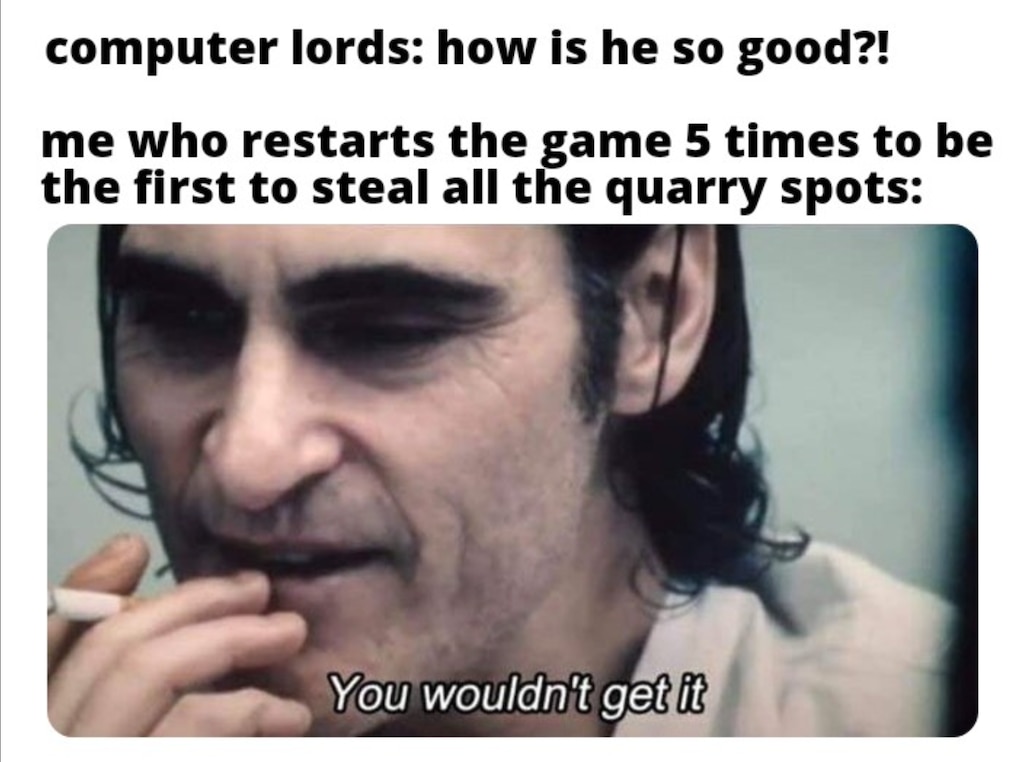 nilfgaardian_whore)
View artwork
How am i supposed to play multiplayer with this out of date system using gameranger.
I searched all over google for how to set up udp port 16000 for the tp link router that i have. For the virtual server it says "port forwarding" and doesnt allow me to set port 16000 I don't know how to open ports. you'd expect firefly studios to update the multiplayer to something up to par with current times....
8 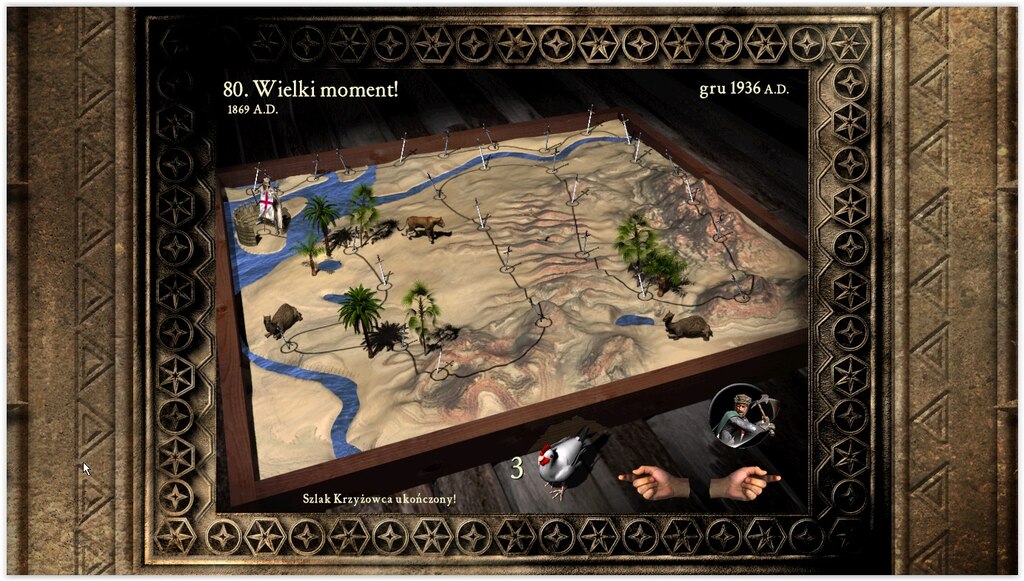 0
5
New skin mod i made for this game 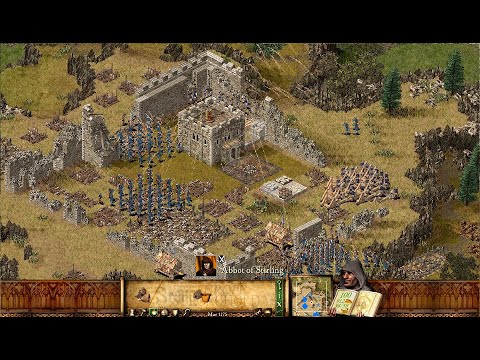 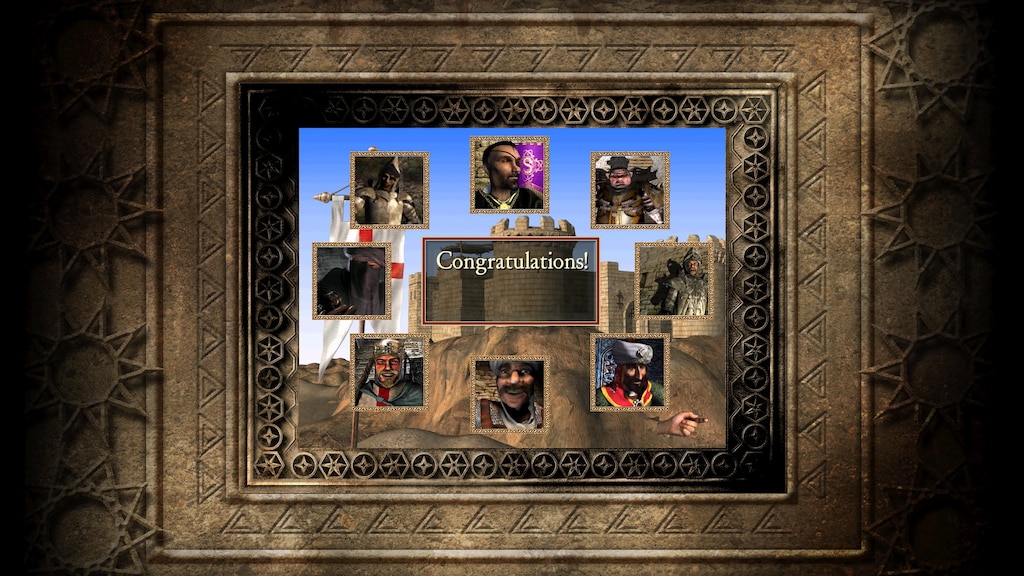 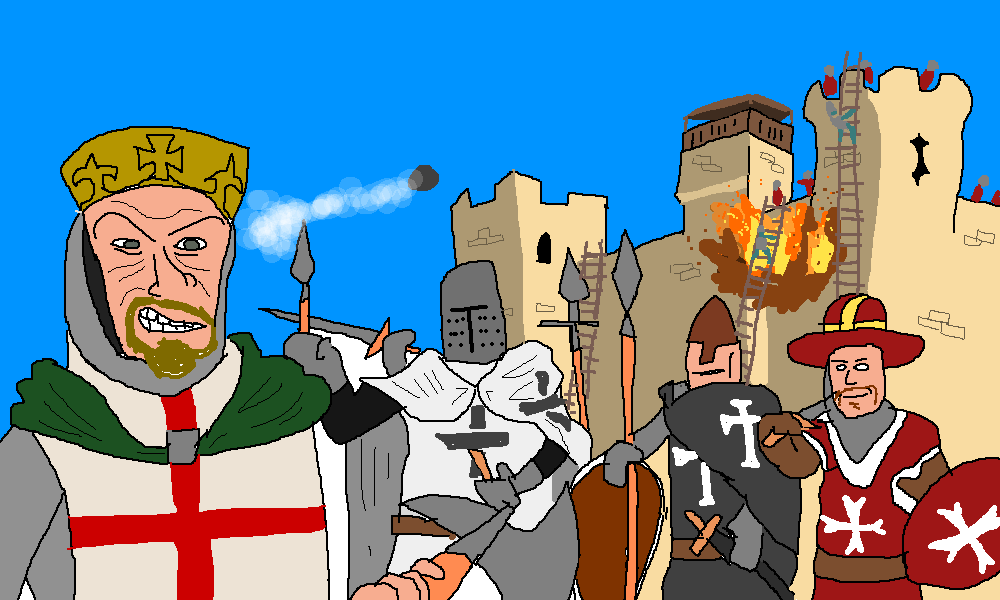 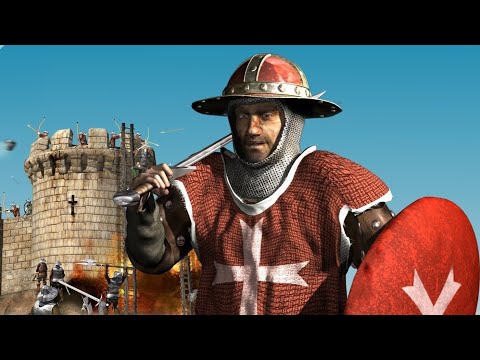 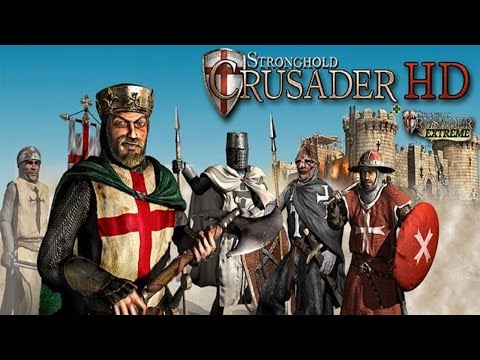 FutureSonic
View videos
Stronghold Crusader HD saved game deleted
Hey people, I've accumulated 35 hours of gameplay in the last 8 days. Today at noon I reached level 40. Then 20 minutes ago I wanted to start another level and unfortunately had to find out that my score was simply gone without any idea of the reason of it. I'm so served right now and really don't feel like playing every level that I've actually mastered again. Is there any way to fix the problem? The interesting thing is that the I can still find the saved games in the "Load" window. That means I can con...
1 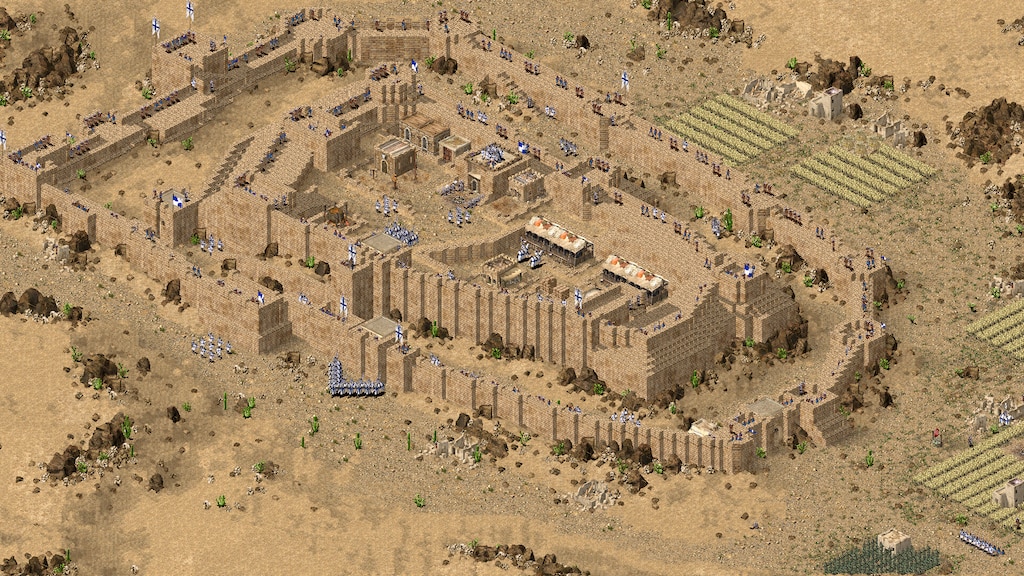 Macbeth
12 hours ago
General Discussions
How do I play the extreme campaign?
Hello I Bought stronghold crusader Hd and I noticed I only have The first 50 origanl missions and the 30 missions warchest but I dont have any extreme missions? Can somebody help?
1

Patacas95
Jul 22 @ 7:32pm
General Discussions
No one has rated this review as helpful yet

Not Recommended
4.3 hrs on record
This port is so bad. Good luck even getting it to load on modern hardware.

Recommended
26.6 hrs on record
probably the best classic rts ever. it's sad how the series went downhill after this game. would die for a 2d sequel with a better economic model, and a better AI.