Includes 47 Steam achievements, leaderboards, and stats!
$12.99
Visit the Store Page
Most popular community and official content for the past week.  (?)
How can I change size of nuclear explosion?
For me Supreme commander FA have better nuke explosion graphics. But Supcom2 has little to small. I wanna change nuke explosion scale so it can be very realistic.
4 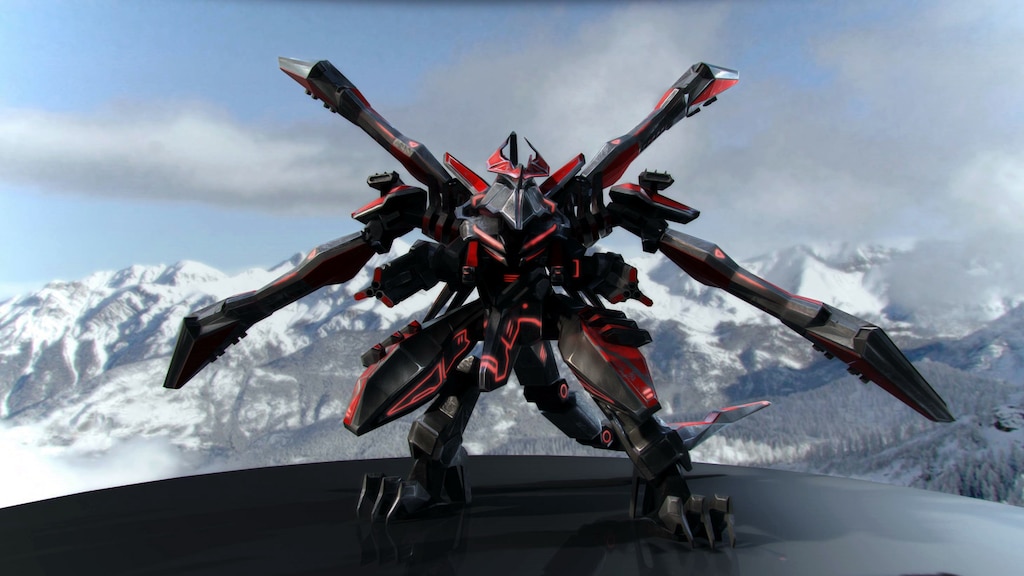 The List of "Hidden" Campaign Objectives.
All of the hidden objectives for the UEF, the Cybran, and the Illuminate campaigns
26
107 ratings 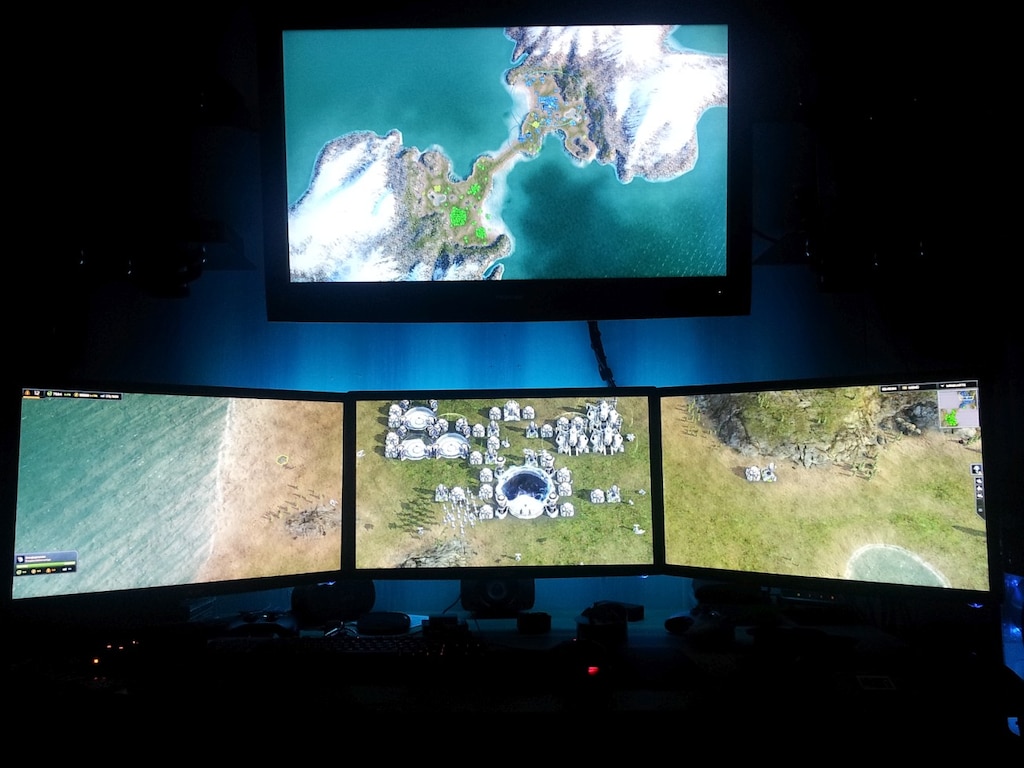 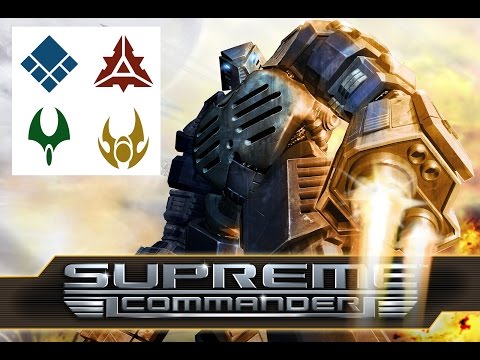 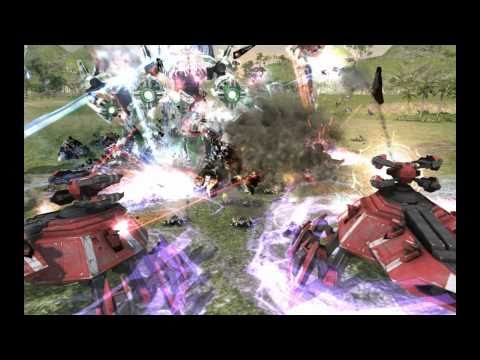 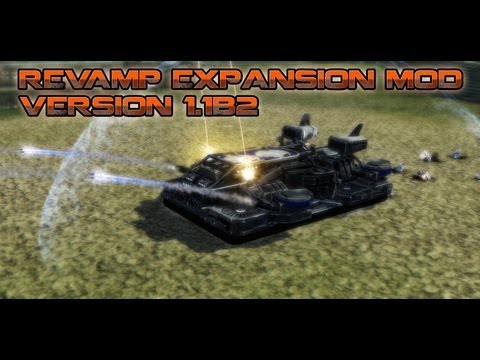 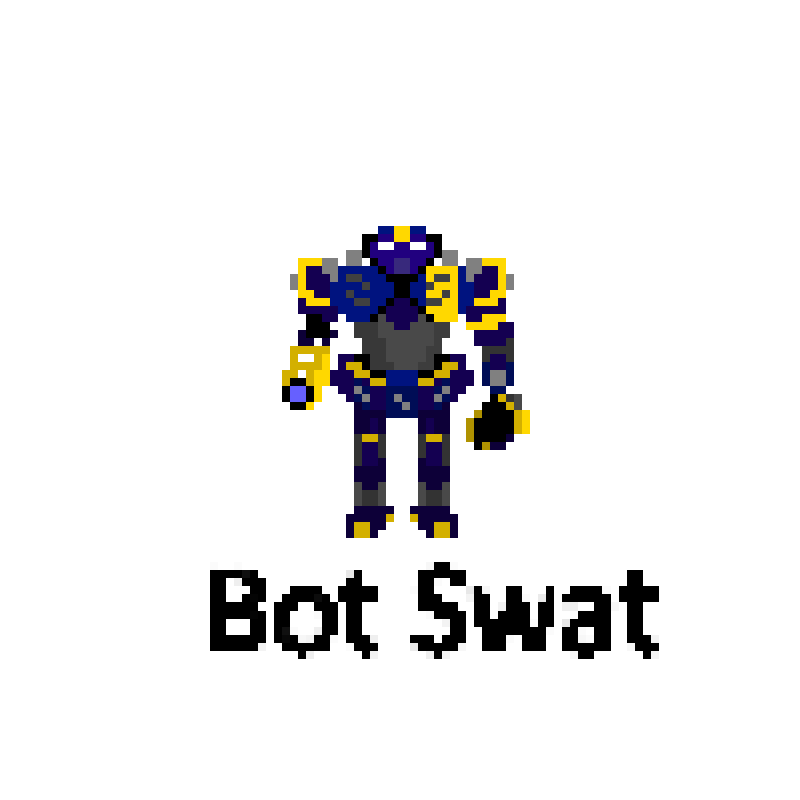 Maps, Mods & Tools
Information on modding, existing Mods, Maps and Tools for Supreme commander 2. EDIT: I've been working on this guide for quite some time but I guess I can't be bothered to work on this anymore. Maybe I'll continue this some day but I doubt it. The...
2
35 ratings 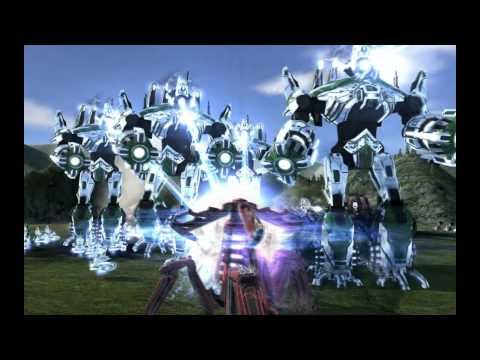 Recommended
4.7 hrs on record
If this game came out as a single entry in the series instead of a sequel, then sure I'd say, if you are an RTS fan, this game is a must buy. I had loads of fun when I was first introduced to this game by some friends back on the Xbox. You'd expect the sequel in a series would be a vast improvement over the previous installations.

Supreme Commander: FA is far superior. The only thing Sup Com 2 has over FA is the updated AI movement and the updated visuals.

The main shining star behind Sup Com: FA is it's resource system. In both games, you gain resources the same way, creating a resource production building, and in turn, receiving a steady income of that resource.

Lets keep things simple. Lets say you have an income of 1 Energy per second.

In Sup Com 2, say a unit costs 10 Energy and it's build time is 5 seconds, you will be allowed to start producing that unit ONLY when you amassed that 10 Energy required. Like other RTS games, if you try to produce the unit, the UI message pops up, "More resources required" or something to that extent. After waiting 10 seconds, you finally have that 10 Energy for the unit, you queue it up, 10 Energy is removed from your resource pool, and the unit is built in 5 seconds.

Total time from start to finish: 10 seconds waiting for resources + 5 seconds of build time = 15 seconds to produce that unit.


In Sup Com: FA, you are going to build that same unit that costs 10 Energy, BUT you can start production even if you had 0 Energy to begin with. This means the unit will be slowly built over time, but since you only have 1 Energy income per second, the unit can only be possibly built in 10 seconds(Remember our +1 Energy per second?) instead of 5 if you had the resources already.

Total time from start to finish: 10 seconds of build time.
That is it. You didn't have to wait for those 10 resources to start building. You started immediately, but over those 10 seconds you covered the 5 second build time already, you were just waiting on that 10 energy income.


This allows for near seamless control of your base macro. In theory, you can queue up a whole bunch of powerful units almost from the beginning(it goes a little more in depth, ie. Tiers, but for simplicity's sake we'll just keep it like this), BUT if you don't have the economy and income to support building those units, your economy will stall. You will be spending more than what you are making, therefore everything that is using those resources will either be built at an extremely slow pace, or some things might not even function. An example of this would be shields. There are units and structures that can be built that use shields. These shields have an energy cost per second. If you do not have that energy to keep powering your shields, they will be automatically disabled, leaving you vulnerable.

If you're still interested in this game, by all means buy it, maybe get it on sale, but there is just so much more going on with Sup Com: FA
There is so much going on over at FAF compared to Sup Com 2, it is actually insane considering FAF is over 10 years old now.

Do yourself a favor and google Supreme Commander FAF and come join the fun! You will need to buy the game first though currently on sale for a whopping $1.81! This is the best bang for your buck right now if you're an RTS fan. 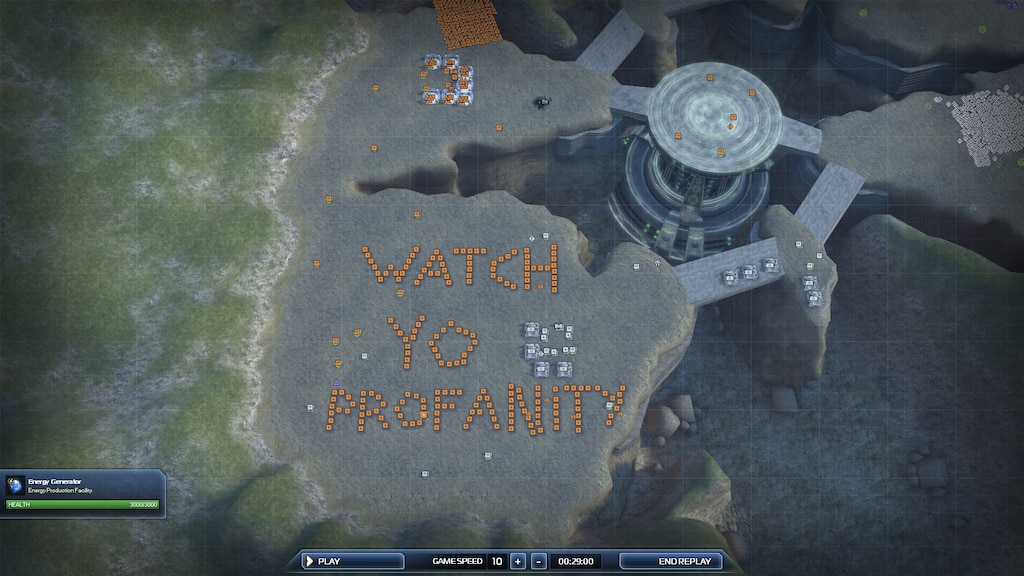 0
Ban
8
When someone swears at me in game 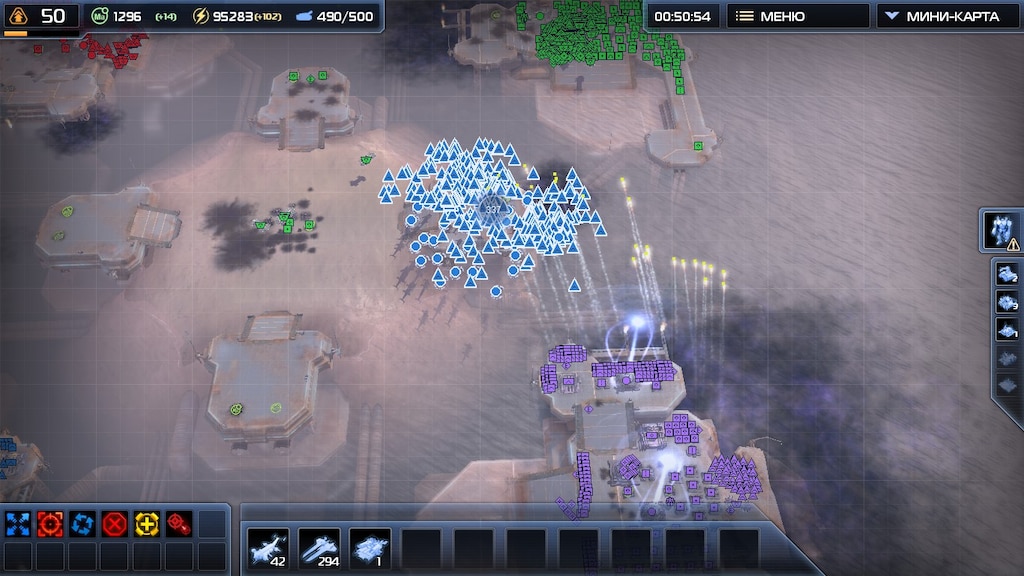 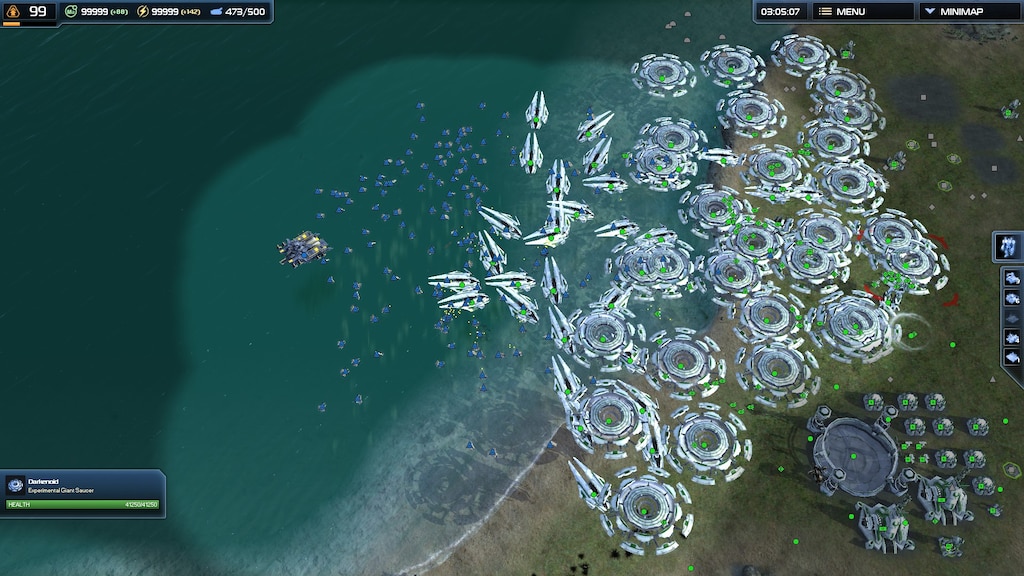 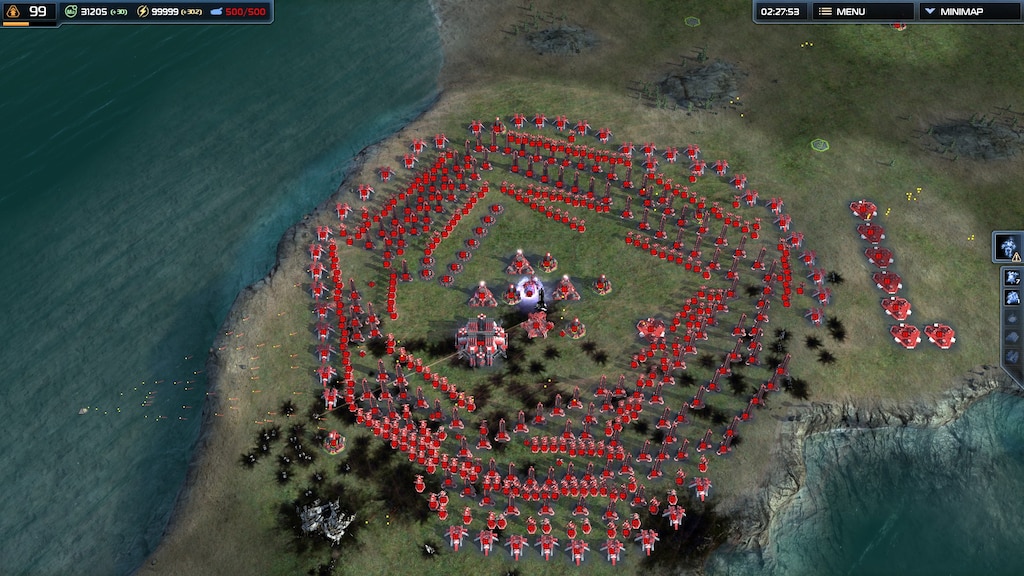 Not Recommended
93.8 hrs on record
Why do so many RTS AI's cheat? 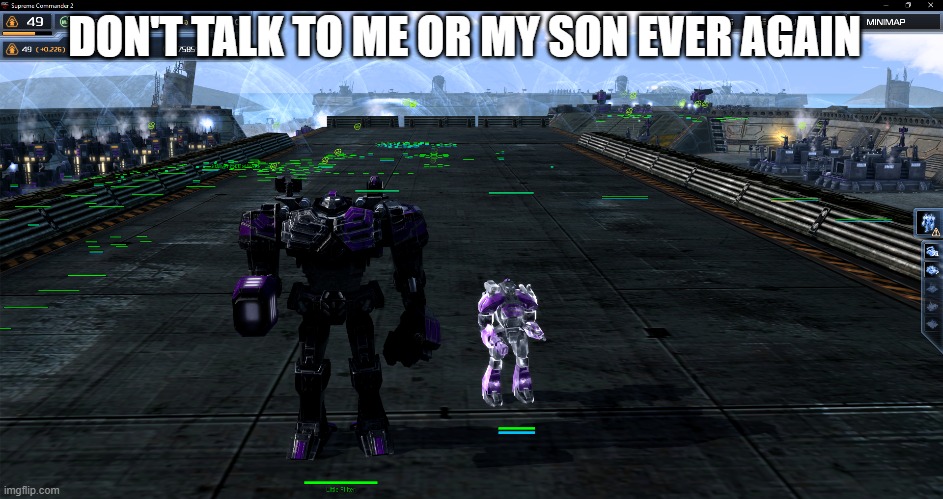 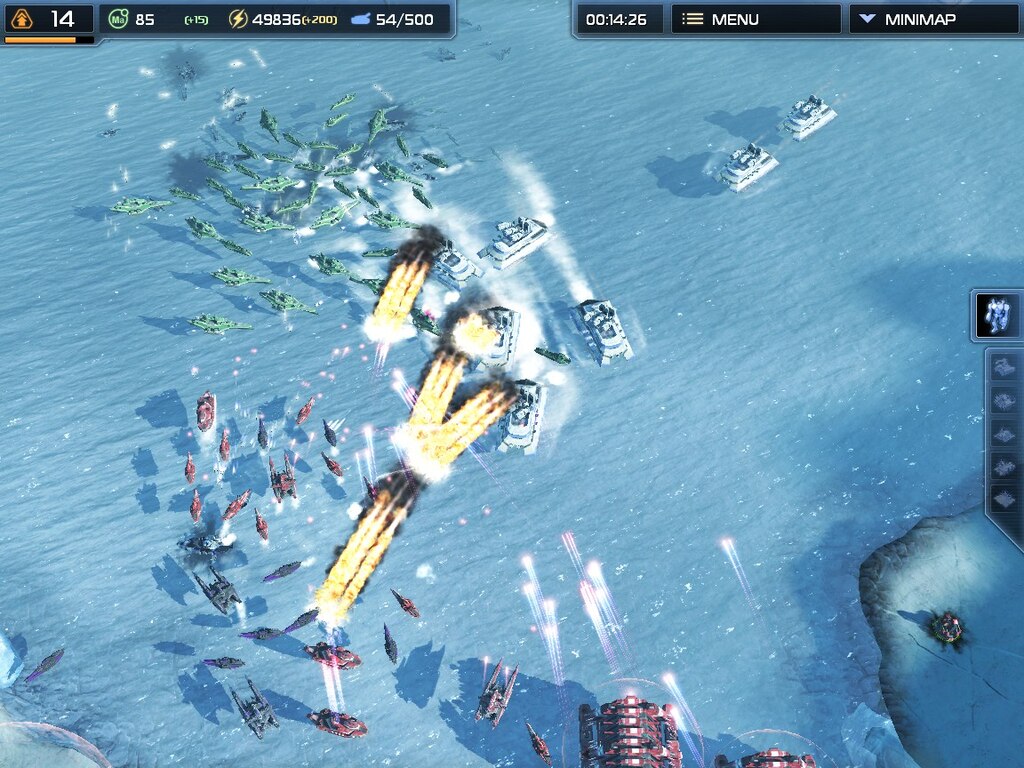 Icy__Bite
View screenshots
How can I disable start game with engineers?
I just wanna ACU because my opinion engineers so slow powerless. Is there a lua file to set a starting options?
1

WarLander
May 30 @ 9:16am
General Discussions
Sequel? when are we getting one?
Make it! someone somewhere do it! please it's been a long time!
8