Dodge bullets, missiles and lasers in battle as you wrap your head around that bunny girl costume! Combo away with your mighty Piko Hammer or spam various spells from afar with your fiery fairy friend. Explore and explode through Rabi-Rabi Island as you collect power-ups and uncover secrets...
$17.99
Visit the Store Page
Most popular community and official content for the past week.  (?)
Need help with SP Ribbon fight
I play on Novice loop 2, have obtained 100% items, have finished DLC missions and got fairy flute + bunny memories. Upon 10 seconds into boss fight Ribbon took completely 0 damage despite any attack i made on her. I watched videos on youtube and somehow they can deal damage on Ribbon directly at the start. Any advice on items that i need to equip/unequip to remove that effect?...
8 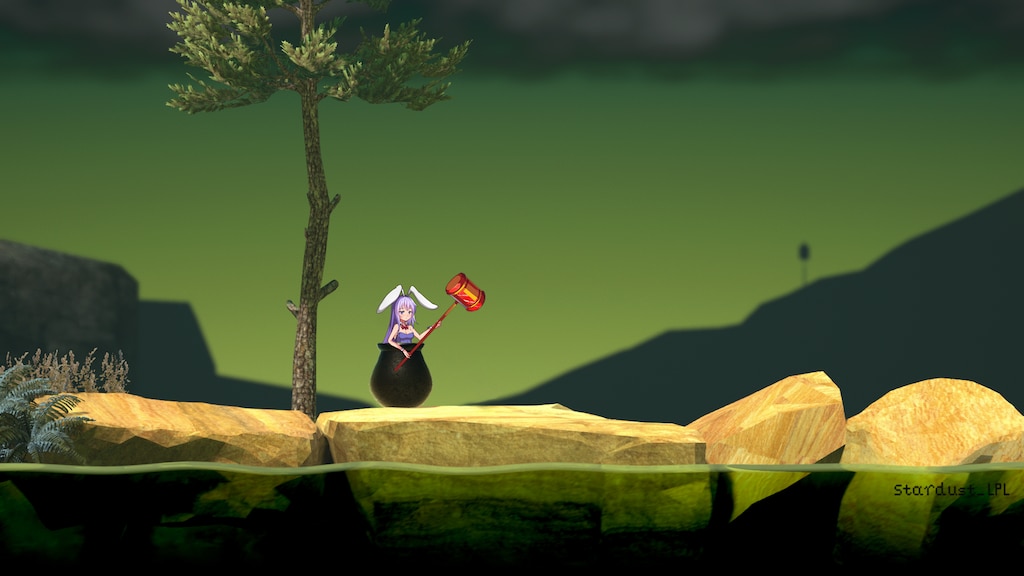 1
6
Getting Over It with Erina 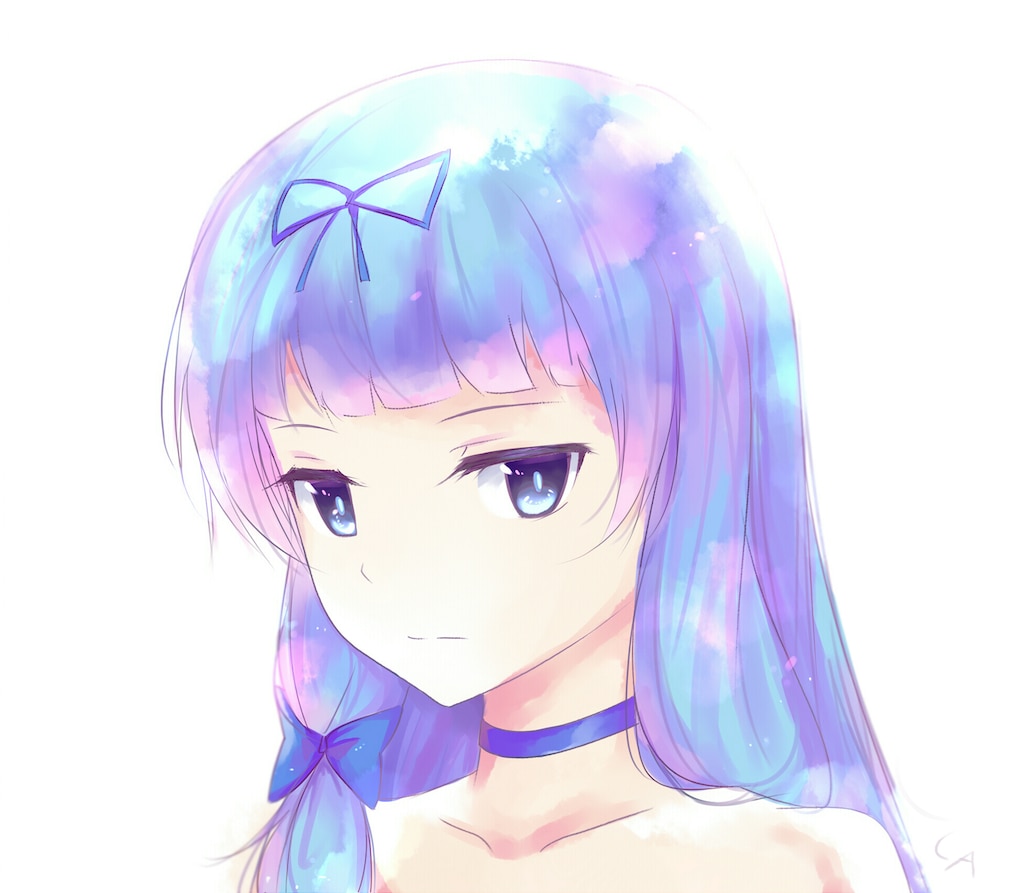 100% MAP & 80/80 EGGS WALKTHROUGH!!! [MAIN GAME + DLCS]
A guide to get every egg and see every room in v1.99 .. before the dev decides to add even more rooms and eggs This is a work in progress, that means it is still incomplete and there might be a few errors here and there because English is not my first L...
47 ratings 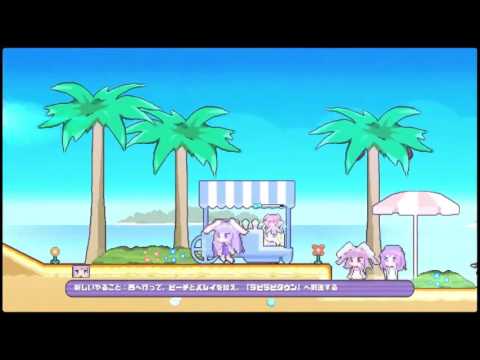 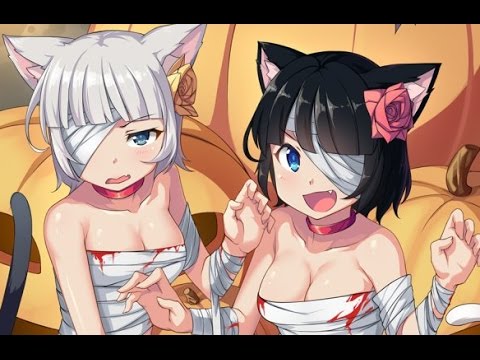 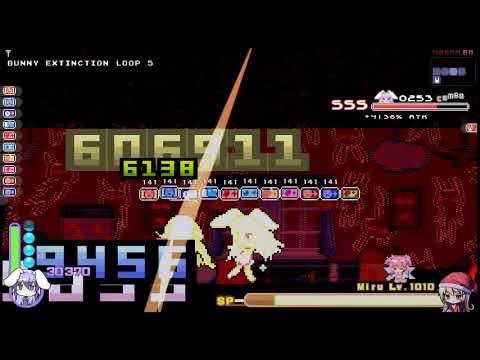 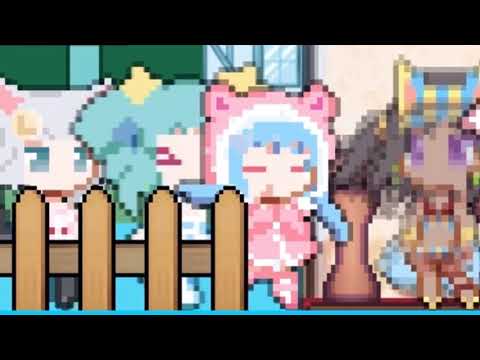 Rabi-Ribi Missing Icons
Do you want to have an icon of a character which isn't an official avatar? Now you can with these icons. Credit to RabiDB for the icons! If the icon you want is not in here, chances are big it’s here: https://steamco 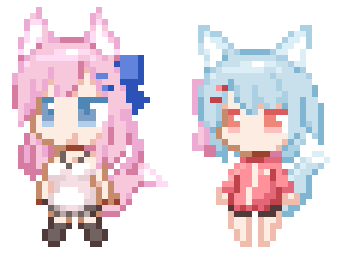 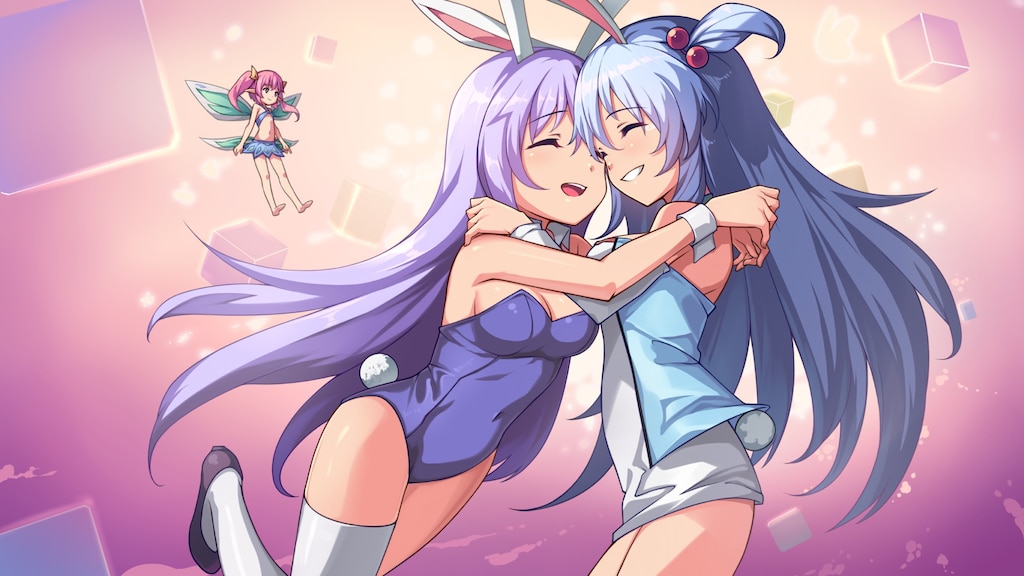 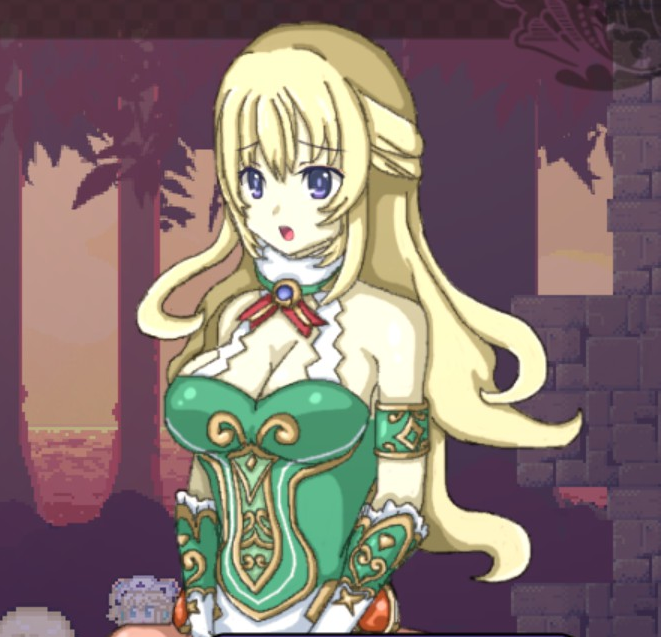 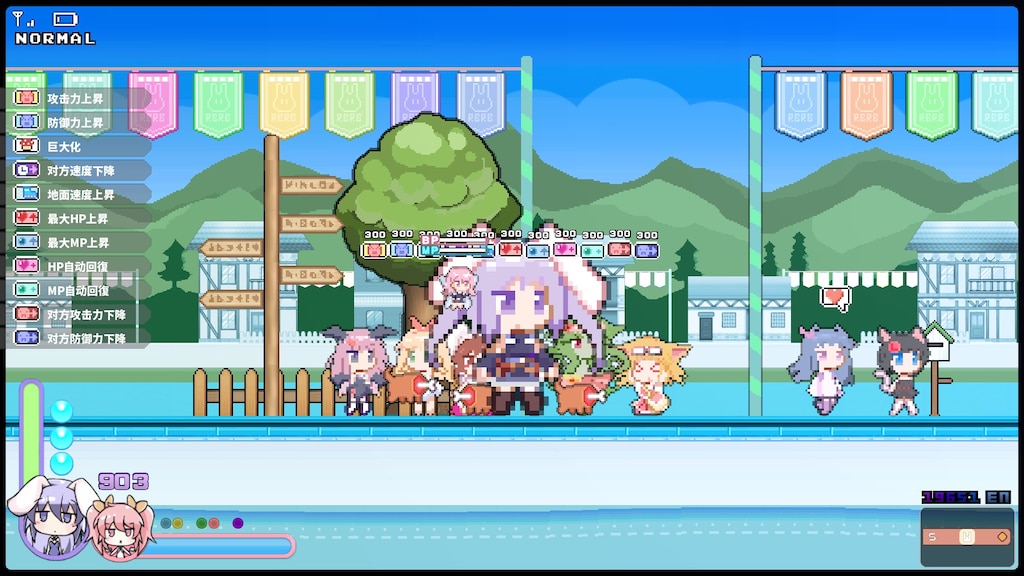 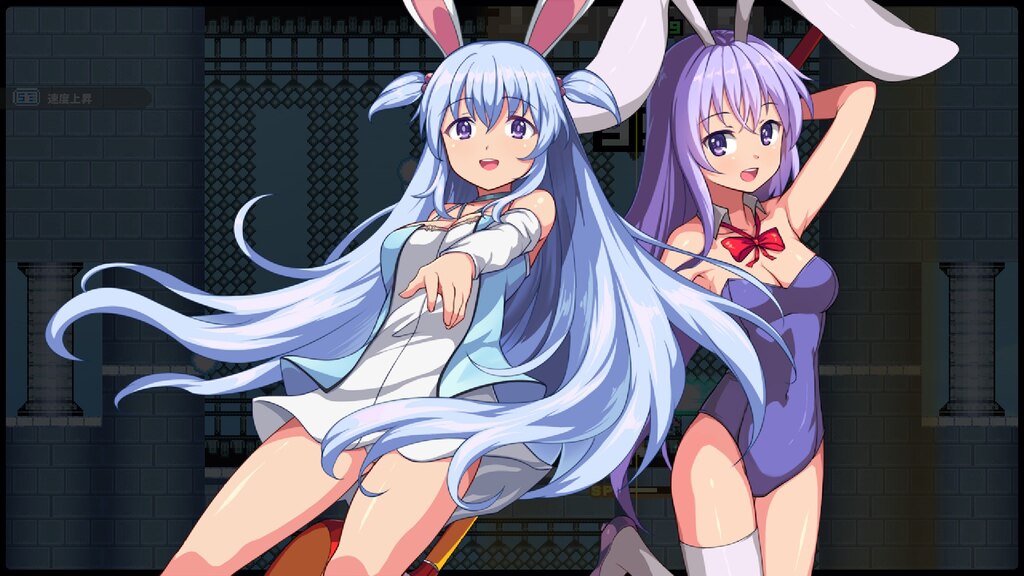 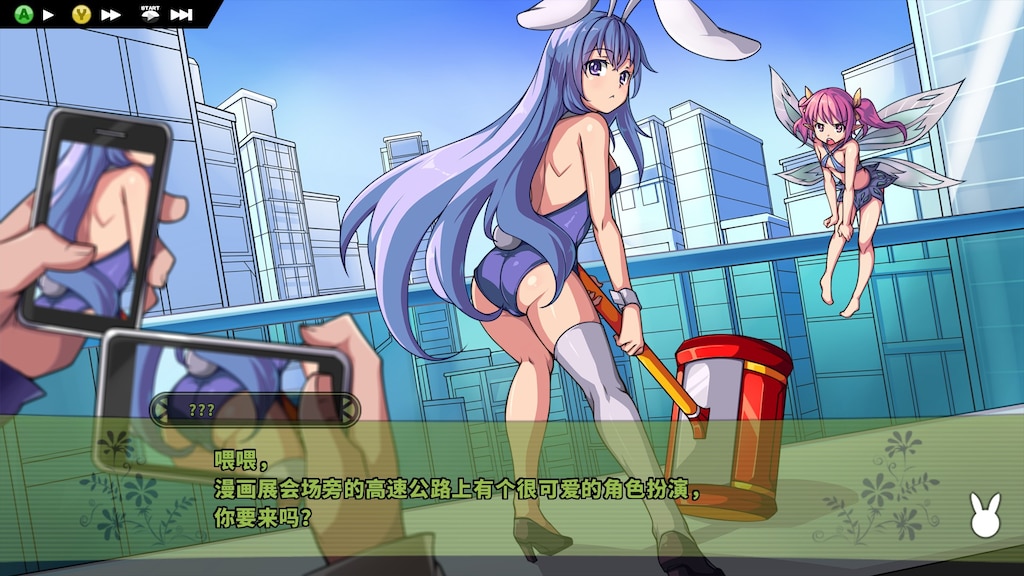 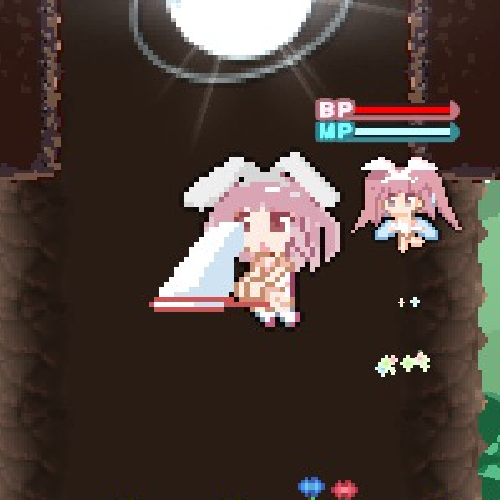 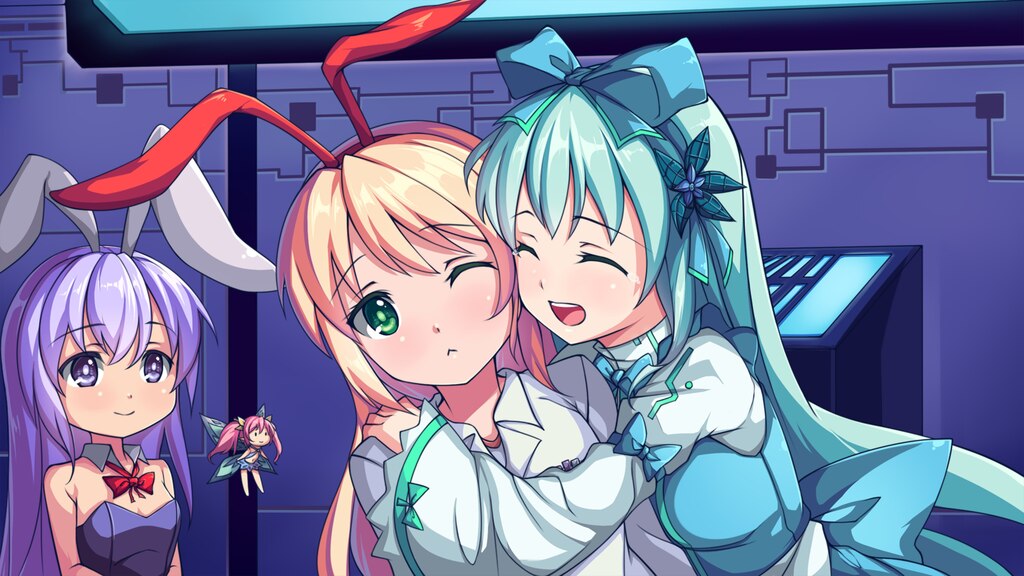 Recommended
12.7 hrs on record
What's more unsatisfiable than gamers who finished The Last of Us Part 2 or more unquenchable than the desire for Ubisoft to make another open-world game? If you thought, "a weeb's craving for anything anime," you are correct. And diving down the 'rabbit hole' of anime, here we have Rabi-Ribi, a bullet-hell Metroidvania where you play as Anime Girl the Rabbit, Erina. She is a rabbit who became a human — a human who looks like she ran out of a lewd maid cafe while still on duty. And it's up to our bunny girl to find her owner and discover the secrets of why bunnies have disappeared from the world. If you read this sentence and are thinking to yourself, "What...?" Don't worry, there's more. During your journey, you will meet new friends, who will immediately try to kill you upon encounter. If you successfully survive annihilation, your new, now non-hostile friend will agree to help you open a portal to a different dimension. It's an outside world full of dangerous degenerates and perverts similar to the ones who play this game. It's in these two worlds where you'll uncover the mysteries of Rabi-Ribi Island.

If the story doesn't arouse you, that's okay. There's also — thrilling gameplay. If you're unsure as to whether or not this bullet-hell platformer is for you, fear not. Our female protagonist comes: well-equipped, and by that, I mean she wields the mighty Piko Hammer, a weapon so powerful it could even match the iconic Mega-Buster. Alongside you flies your trusty fairy helper, Ribbon, who decided that wearing nothing but a ribbon cut into two pieces, would protect her from harsh environments such as freezing icy summits and blazing volcanic caverns. She has the ability to cast magic spells that not only assist enemy bosses in giving you epileptic seizures, but also deal massive damage to them as well. It's a win-win situation.

The gameplay loop is simple. Run about the map, find a boss, die to the boss about 10+ times, receive a "pity-buff" to beat the boss, and then repeat. I should also add that there are tons of secrets to discover, upgrades and combos to unlock, as well as those sweet, honeyed CGs players will be anticipating. While you won't find any of that juicy NSFW material most of you are looking for, Rabi-Ribi does not fail to greet players with much bunny fanservice, as it will become apparent that every character in this game looks like they just got bouncing back from Comiket. In other words, hopeful anticipants won't be disappointed.

In summary, this game gets a lot of things right. Top-notch gameplay, eargasmic music, pleasing visuals, and an expected incomprehensible anime-style plot. Let's get serious for a moment; we all know why you want this game. Don't try to hide yourself with the usual "for the great gameplay!" phrase. If you want to play as a lewd anime bunny girl roaming about beating every living thing to death and then getting pimp-slamped herself to death, you've come to the right place. No shame in calling it what it is, fellow degenerate. Welcome to Rabi-Ribi~


(Warning: This review is a bit different from my normal ones as it contains excessive sarcasm) 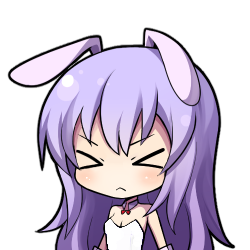 Recommended
485.3 hrs on record
The best game I've ever played.
Very fun gameplay, a lot of cute things, a fairly big free-roamable world with a lot of secrets and things to find, many things to do even after you finished the game... And all made mostly by a single person.

This game is about a bunny named Erina who somehow got transformed into human and wants to find their master and then starting to uncover mysteries that Rabi-Rabi island has. A simple task turns into a big adventure with a lot of memorable moments... And all this in format of a mix between bullet hell and metroidvania, with some tough platforming sections here and there. If you want to get into bullet hell games or platformers, playing this could be one of the stepping stones into those two genres in a way... Since it gives you understanding of concepts those games are based around.

The game offers a wide variety of difficulty settings that can accommodate to each type of player. Starting from a difficulty that anyone can clear implying they try (literally anyone i mean), to difficulty that only the very few can do... Which seems impossible at first sight and is called such in the game as well.

Also this game is the only one I played that has speedrun mode - a mode that skips all the story stuff and shows in-game timer with item/map% shown as well. Due to the world being open, there are very many ways to build yourself a speedrun route for this game. Even to this day there is no optimized route for certain categories on speedrun.com even if speedrunning community is very active...

This game is perfect for people that enjoy challenges of many kinds, be that simply obtaining all achievements, beating the game fast, with various handicaps, or even beating the game with all items being randomized. (I don't suggest randomizer to anyone who has not memorized every single item location though)

And for people who want to enjoy the game casually there is a lot of cuteness, glorious OST and a lot of fun to have...

I tried to be brief with this review and also didn't have my thoughts organized enough, but in short: buy this game if you like any of the following:
1. Challenges
2. Cute things
3. Bunnies
4. Metroidvanias


Also I REALLY suggest anyone buying this game to at least buy "Is the Order a DLC", this DLC expands the game story, makes it much more interesting and adds new mechanics to the game. For people that want more challenge they can buy Before Next Adventure as well.
10/10 in all categories. Don't even need to list the categories. (S+)

P.S. I might update this review at any time later.
P.P.S. Feel free to add me on Steam if you want someone to talk to about this game, or want to get into randomizer for example :) 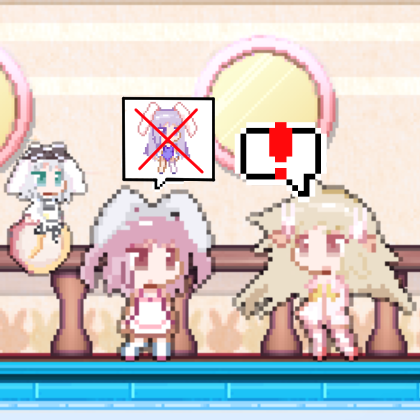 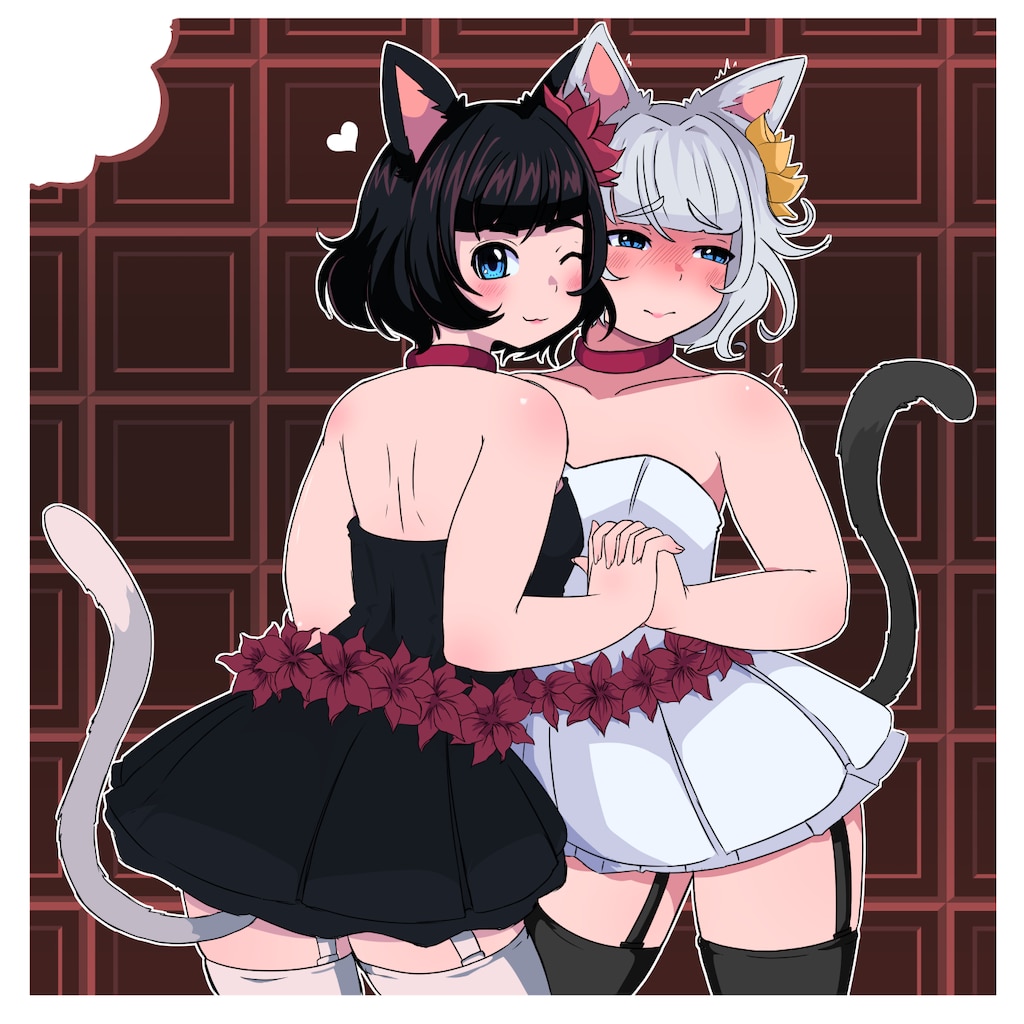 Recommended
9.7 hrs on record
I know it says I've played only 4 hours but hear me out. This is actually the 3rd time, Ive purchased this game.
1st digitally on PS4, then I found out there was a physical release in Europe so I Imported it. Then I accidentlly found it on steam, without looking for it. So i bought it again without thinking twice.

I love this game, it has great blend of Metroid exploration, puzzle platforming and bullet hell gameplay. Basically every awesome gameplay loop for an addictive personality types like myself. If you enjoy a fun and challenging game, this is one that shouldn't be passed up... oh yeah... WAIFU!!! TONS OF THEM.

Noir XIV
152 products in account
0
Bug Tracker/General Help Thread
For future use. If you see anything abnormal about the game or have any questions, post them here. Please try to provide screenshots in the case of a bug. FAQ/Troubleshooting : http://steamcommunity.com/app/400910/discussions/0/365163686036351469/
1,110

Rabi-R
Jun 18 @ 12:13pm
General Discussions
Need a Memory Refreshment :-)
Hi everyone! About a year and a half ago I played a single play-through of the game on Hard (Standard). I was done with the Irishu fight and the extra SP bosses (I think it was Ribbon, Ashuri, Cocoa and the Halloween cats). I didn't used consumable excep...
19

Ranculos
Jun 3 @ 11:34pm
General Discussions
My FLAC form soundtrack disappeared after a update
Does anyone have any idea on this？
1