From the art director of Journey®, ABZÛ is a beautiful underwater adventure that evokes the dream of diving. Immerse yourself in a vibrant hidden world bursting with color and life as you descend into the heart of the ocean. But beware as you swim deeper as dangers lurk in the depths.
$19.99
Visit the Store Page
Most popular community and official content for the past week.  (?)
Denuvo = No buy
Good lucky! https://support.codefusion.technology/abzu/
859 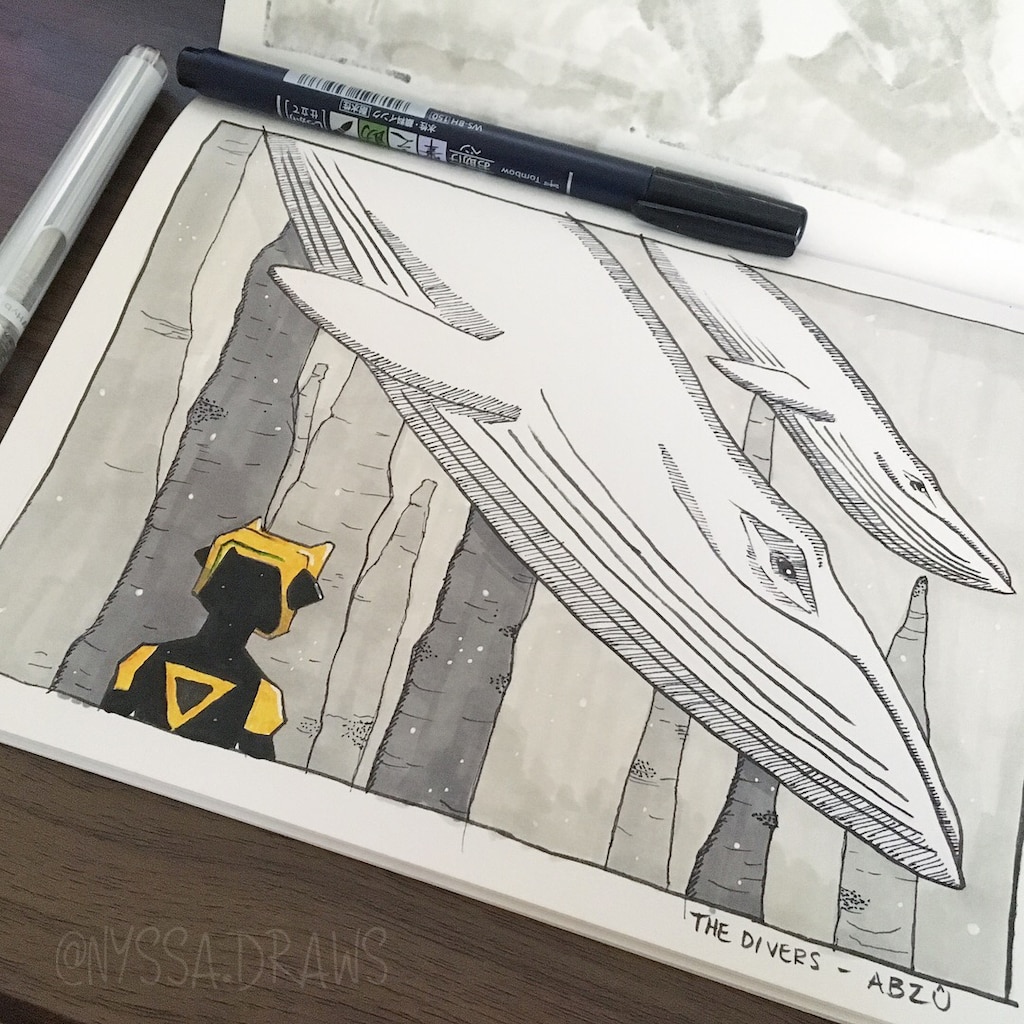 Sharks in ABZU
Yeah, this game is awesome and beautiful and so are sharks so I'd like just to make a guide to all the sharks the that are preseant in this game/work of art! There maybe the obvious ones but some you might of misted ;D
24
102 ratings

Secret achievements
Hi, in this short guide I am going to show you the 4 hidden achievements of the game and how to unlock them. I hope it helps :)
8
91 ratings 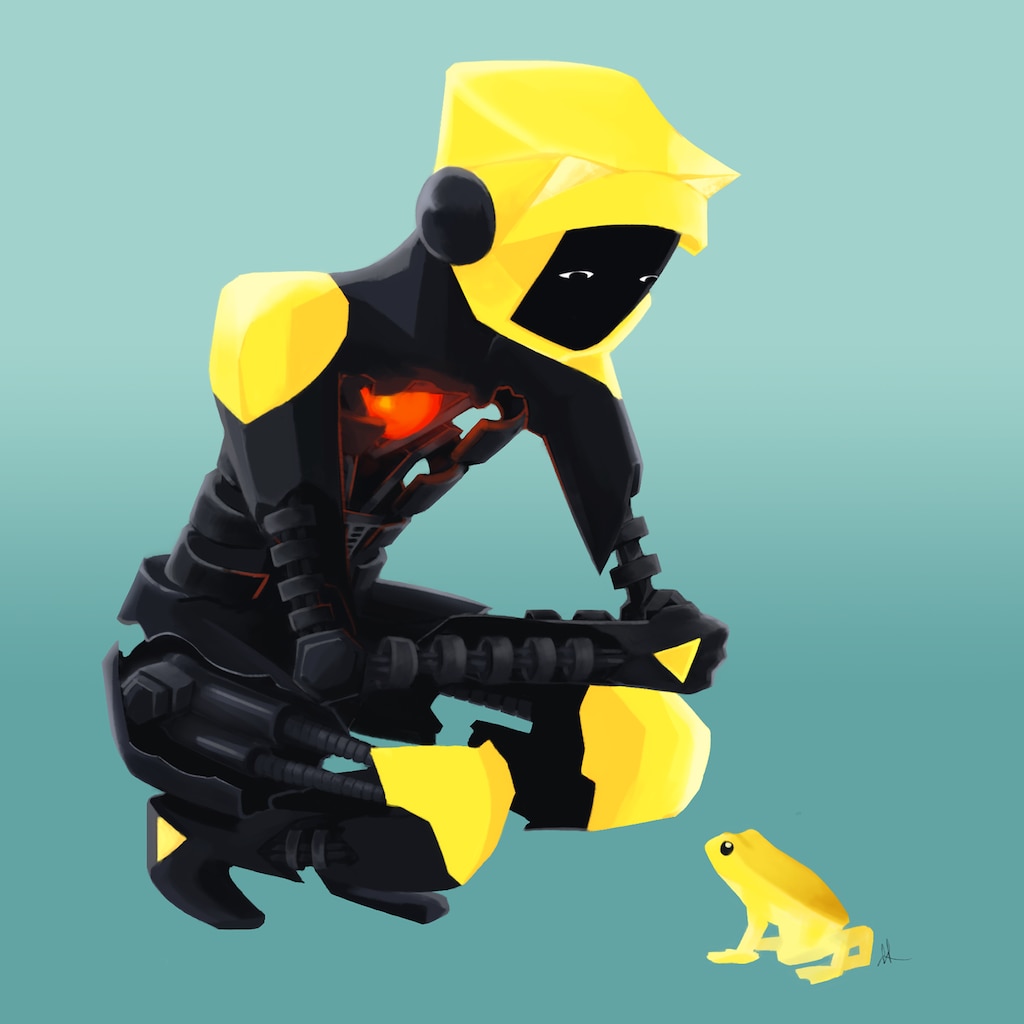 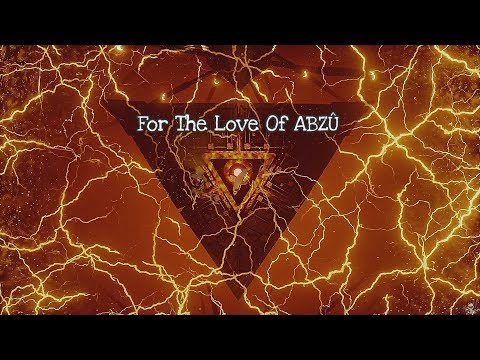 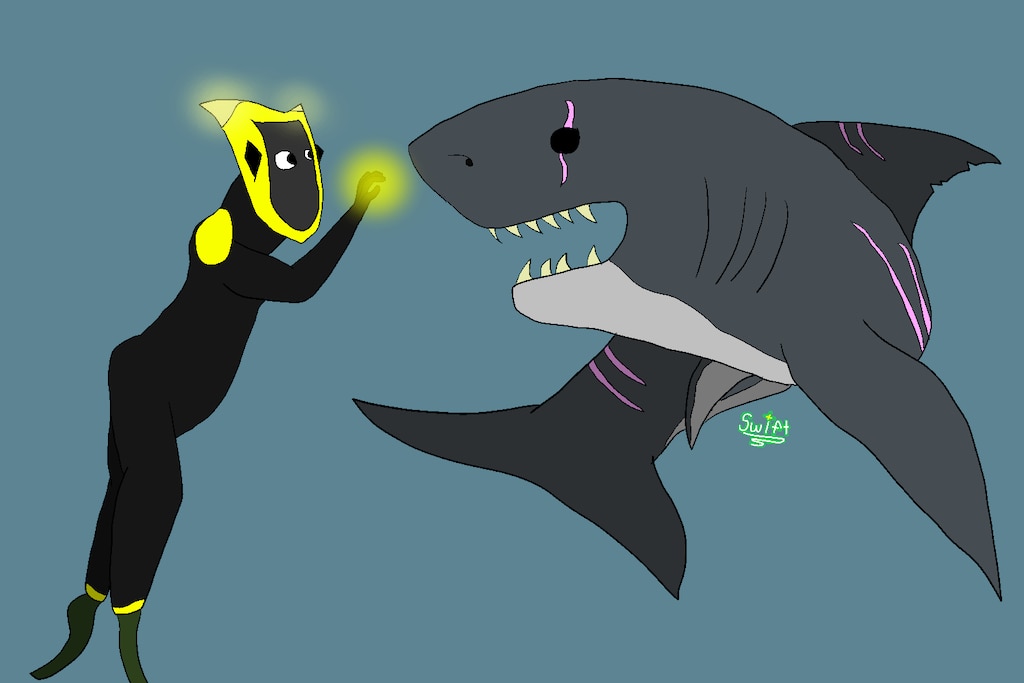 The Story Behind ABZÛ
So you've played through ABZÛ, and if you are like me, you really enjoyed it. But then you wondered, what is this game REALLY about? What does it all mean? In this guide I will offer some thoughts in an attempt to better understand the ABZÛ experience.
7 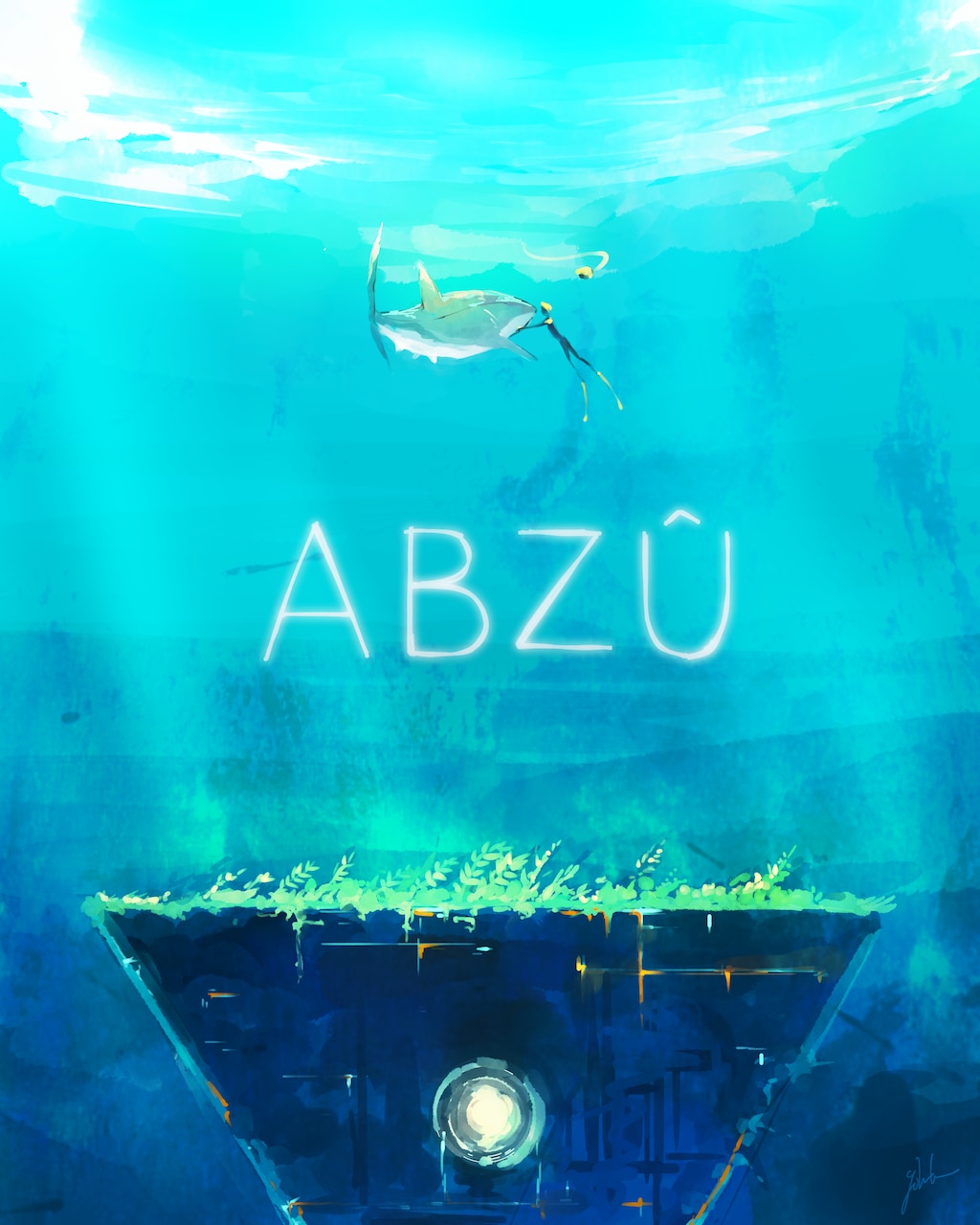 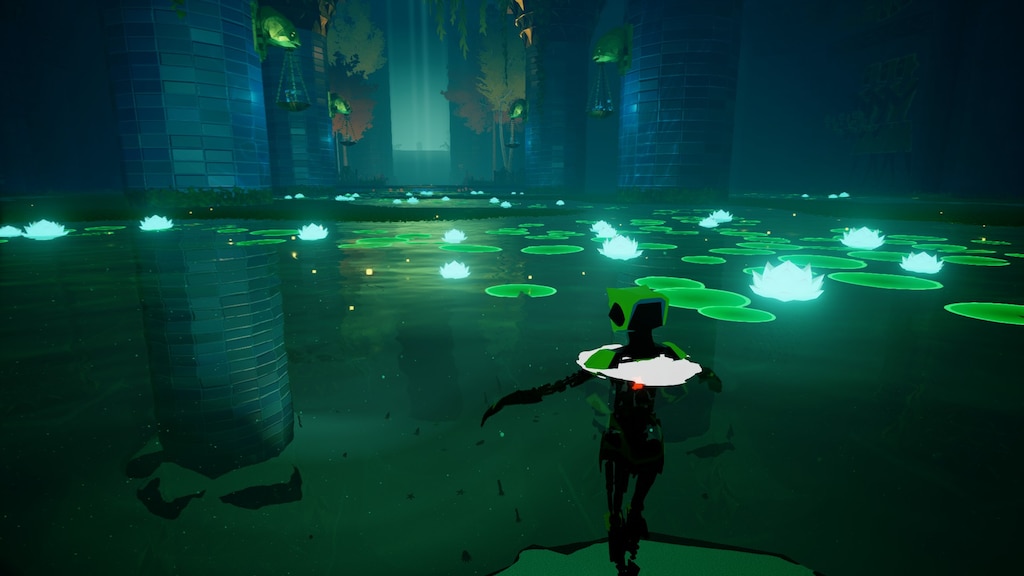 Not Recommended
2.1 hrs on record
I really wanted to love this, but there's just.... nothing to it. The visuals are very pretty! But I honestly think I would have got a lot more enjoyment out of just watching Blue Planet. You swim around looking at fish and scenery and watching things, and solve some very basic puzzles to swim to another area and find more fish and scenery. There's no story or sense of progression. Seriously, just watch a nature documentary instead, it'll have more of a plot. Not Recommended
1.4 hrs on record
Judging from the reviews, trailers, and screenshots of Abzû, I thought I would really enjoy this game. Unfortunately that is why I feel the need to write my own review. For whatever reason, this game is not as advertised by the developers or consumer reviews. At the very least the developers are omitting crucial gameplay details and reviews are flat-out lying. I can't tell if this is being done for spoiler reasons -- but as someone who expected a relaxing experience, I can safely say with roughly one and a half hours played that this game is not relaxing.

It starts out relaxing, in gorgeous underwater environments just below the surface, with coral reefs and sunlit kelp forest. But the game quickly goes off the rails into very dark, creepy, anxiety-inducing territory with highly agitating sound effects. If anyone has played Flower (the PS3/PS4 downloadable title), they will recognize a very similar narrative and gameplay design: relaxing and pretty areas are quickly replaced by nightmarish areas with really nasty, horrible sound effects triggered when you accidentally touch the "bad thing." Flower also used deceiving marketing with the excuse of not wanting to spoil the game.

As someone who played Subnautica through to the end, with the intention of facing my thalassophobia, and ended up loving every moment of that title, I want to make clear that I am not saying that I didn't like the game because it got scary. I would have liked the game a lot better if the threat was big fish or sea monsters that could eat you. But that is not the threat. Instead your only enemies in the game are nightmarish pyramid machines that float toward you and shock you with a horrific boom over and over and over again. The screen flashes and your body gets jolted, and you can't even escape it with death because you can't die in this game. So you're trapped in the game with no real challenge, but a school of pyramids screaming at you and bashing you around until you have diarrhea for three days straight.

This game has artistic merit. So did Flower. But it isn't a relaxing game.

Other issues I had with Abzû:

Your first encounters with the shark (especially the jump scare which occurs within the first ten or fifteen minutes of the game) teach you that sharks are dangerous and will probably attempt to hunt and eat you. The problem is that this isn't true, and the shark that you see in the first part of the game turns out to be your only real friend. So the jump scare early on involving the same shark serves no purpose other than to keep the player anxiously on edge against a threat that isn't actually there.

Also, I played with keyboard and mouse and had zero issues. So that's another lie by the devs.

Recommended
1.6 hrs on record
dont play this while high af like me 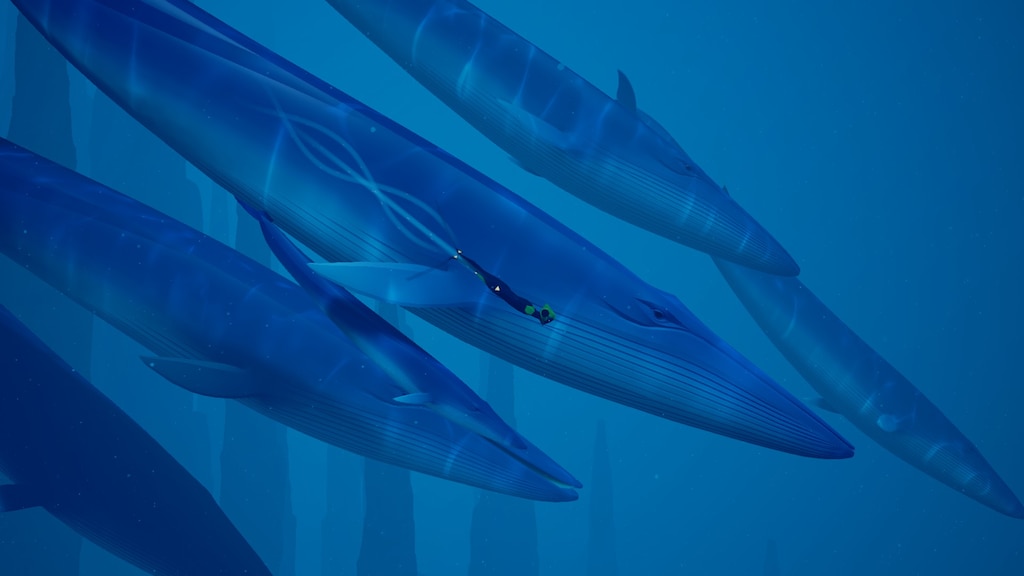 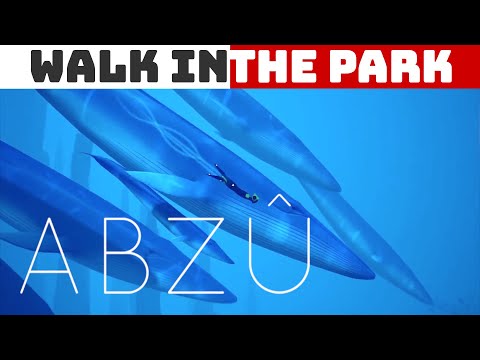 Calmputer
View videos
Don´t buy
Did not enjoy this, quite pretty and all, but really boring, no excitement whatsoever!
5

roankorterink
May 24 @ 4:22am
General Discussions
VR support?
would be awesome
162

t.tv/BrotmesserNinja
May 18 @ 9:05am
General Discussions
This is a horror game.
It should have the horror tag. I see the deep water in this game and I'm terrified. It makes my skin crawl.
28

Mr. Stimpson
May 20 @ 10:36am
General Discussions
Linux / SteamOS support please?
Will there be a GNU/Linux build of this game eventually?