Kingdom Come: Deliverance is a story-driven open-world RPG that immerses you in an epic adventure in the Holy Roman Empire. Avenge your parents' death as you battle invading forces, go on game-changing quests, and make influential choices.
$29.99
Visit the Store Page
Most popular community and official content for the past week.  (?)
Kingdom Craft: Deliverance
Jan 18
Little Biscuit and her Minions are recreating Kingdom Come: Deliverance in Minecraft, capturing the beauty of medieval Bohemia through countless digital cubes. An impressive work of art.

Join the Discord Server[discord.gg] or visit https://www.kingdomcraftdeliverance.com/ for more information.

Kingdom Come: Deliverance
303
14
similar games if i like kingdom come deliverance?
well i think this game has spoil me in terms of open world rpg and this is coming from playing the witcher 3, dragon age series, modded skyrim
8 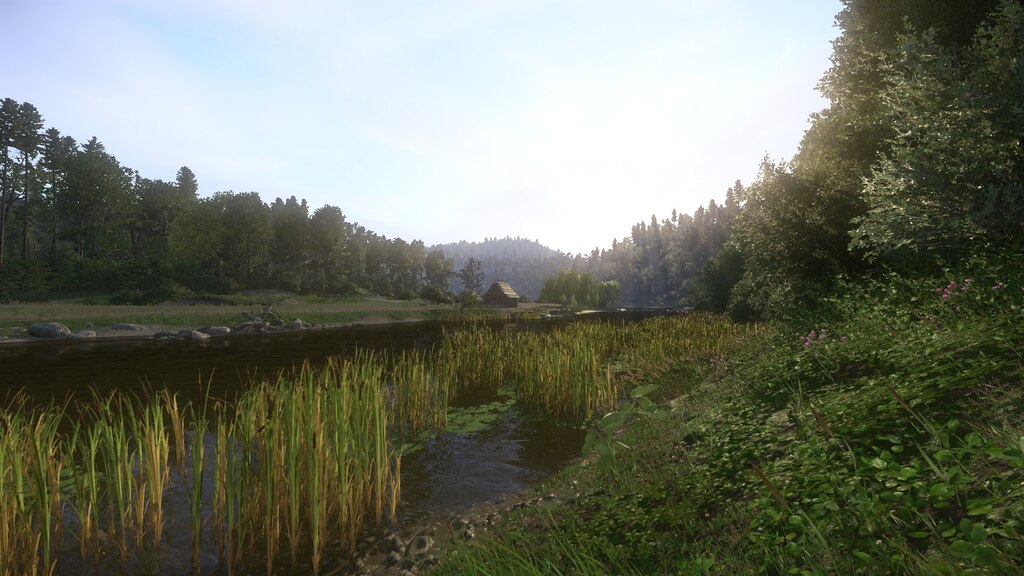 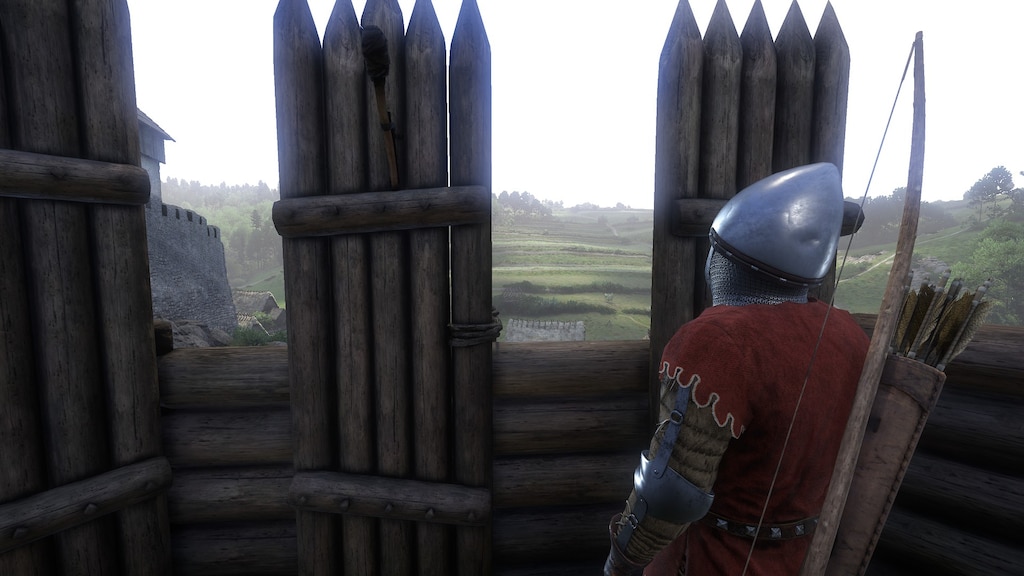 Spookyea
679 products in account
0
Adhaesio Music Tool
Jan 4
With Adam Sporka's Adhaesio Software tool you can compose your own version of our Kingdom Come: Deliverance transitional music as MP3.
This might be very useful as a tool for content creation like video production, but it is also nice if you just want to listen to a specific combination of different music pieces from our game.

Just put in the length of the music piece as you need it, add the tracks of your choice to the playlist with your preferred timestamps and click on "Render Playlist as MP3" to generate a smooth transition between the tracks. Quite simple and forward.

Ancient Chests Locations
A simple and minimalistic Guide to the locations of the Ancient Chests You'll only have the Chests available ingame through the Treasures of the Past Pre-Order Bonus This Bonus contains Chests scattered arount the region with the uni...
44 ratings 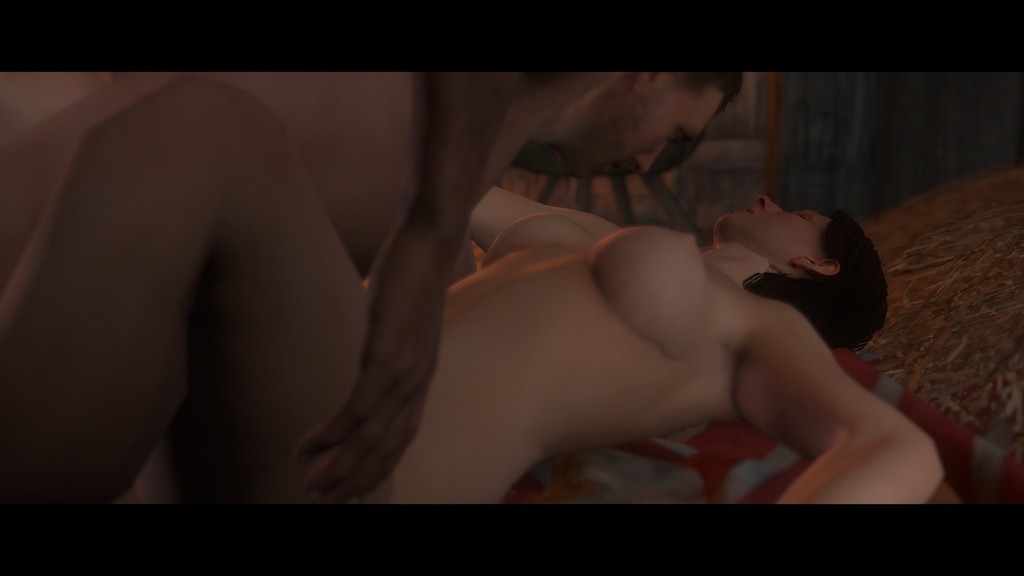 n1ck28
View screenshots
clothing?
It might have been better to ask this question back when I first started the game, but speaking strictly with regard to defense and utility, what does Henry need to wear? I seem to have armour on top of armour and then I have the silly waffenrock which covers all the armour and which gets torn beyond repair even just sparring with Bernard. And I am wearing a halberk and a brigadine--only because my defense goes down if i take either one of them off. Along with a gambeson, But, tb...
10

Artoriaz
View all guides
where is it?
Standing on a pile of gravel (mine tailings) and the quest marker says "here"--every direction I turn the quest marker says "back there" but there's nothing but gravel under my feet and around me. No prompts to dig, no soliloquy, no prompt to "investigate," nada. Where is the objective??!!...
4 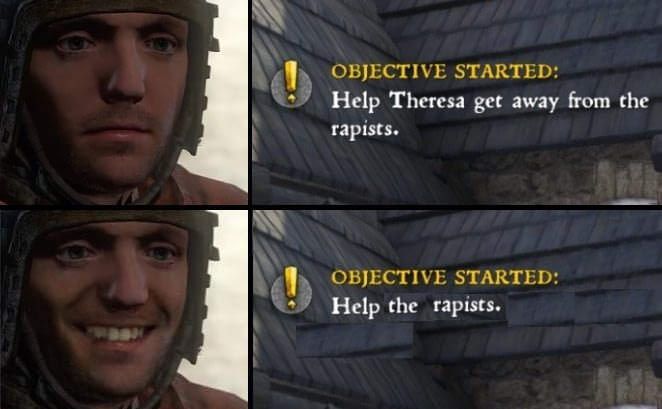 Seriously, this is a refreshing RPG. Very realistic in just about all aspects. I see a lot of people reviewing the combat system as janky or something, but that's kind of the point. You can't just go mental with the swings like in Skyrim or something. It takes a lot of timing and leveling up to get to where you want. (That and I can NOT emphasize the importaint point of playing the Main Quest line until you get Perfect Blocks. This makes combat considerably better.)

I can see how people will not enjoy the game because it does get a bit grindy, but this is mostly at the start. Henry, the player character, starts out virtually useless as far as anything goes, even the maintenance skill, which you'd THINK he'd at least have a few levels in because he's a blacksmith's son... but alas. You will start off useless, but this is what makes this game fun. You grow in skill as you play both gameplay and statisticly speaking. The key here is you have to think like it's real. For instance, the archery in this game has some trial and error. If you've ever shot a bow in real life, you'd know it's not going to be as easy as aiming with a crosshair. You'll miss, you'll flay your arm, all of that. Another point is if you get attacked by even two people and you're not armored up, don't expect to survive easy if at all. (Surrender if you can, really.) And the punishment for death is having to do a big portion of the game again, because saving is limited. But even more importaintly, the game is not all about fighting. You have to talk, sneak, scavenge and even just do life things sometimes. Again, I can see how this would strike people as frustrating if you're more about the action of a game. I even got frustrated a few times at the start, but I started to appreciate a game that would challenge the hell out of me and punish me for my hubris... seriously, don't even think of trying to fight a Cuman early on.

At any rate, I've got some hunting to do and some armor to fix up. I've only given a brief gist of what's in here. I didn't even mention the historical aspects, for instance. It's THAT realistic. If you want a realistic RPG, know that this is very much that and it WILL challenge you in many ways, especially in patience. :P If you want more action, maaaybe go play another RPG. You might not like this. As for me, I find it a refrashing change of pace from my usual action packed ventures! 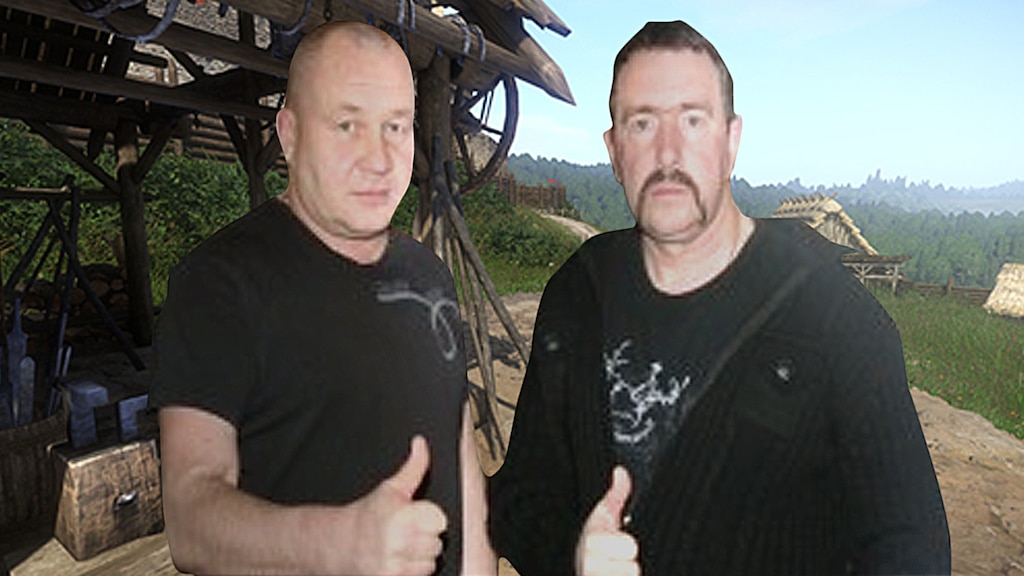 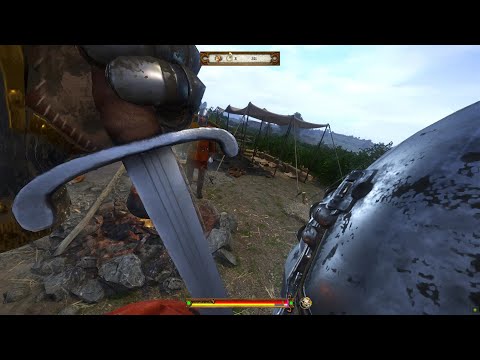 Fake Blood / Red tinture
This is for the quest "No rest for the wicked" -> "Colour the water in the baths" The charlatan´s recipe for turning water into blood...or something that looks like blood.

SPRAY
View all guides
Sneaking options in bandit camps?
Last I played the game once my character was high level enough, I could consistently sneak into enemy camps and take down the 1-2 watchers and then kill the sleepers. Now I see that almost every camp has 1-2 dogs, which practically make sneaking impossible. Can anything be done about the dog problem so sneaking is still viable? I often just hear the damn things barking but can't see them at all in the dark, they often start barking at me even without a direct line of sight so by the time I can actually s...
2

Recommended
141.2 hrs on record
I just finished it after 140 hours. It was amazing. I'm sad now... as usual, whenever I finish a great game I just reflect my experience and my life. :D

How to Win the Tourney With a N00B Henry
Or how to beat the Tourney with the bare minimum character stats. General Combat guide focusing on those struggling to win the Tourney.

Zuao
View all guides
Why nerf the training bow????
Seriously devs... why?? I played through this game a couple times like a year or so ago, and back then I had no trouble at all with archery. Hated the training bow for the super unrealistic (not to mention incredibly stupid) drop that it had, but I was still able to beat the challenge vs Lord Capon every single time (simply by aiming a little higher) Now I decided to play through the game again, and it's beyond obvious that something was changed with the training bow. (and I didn't even think they wer...
8 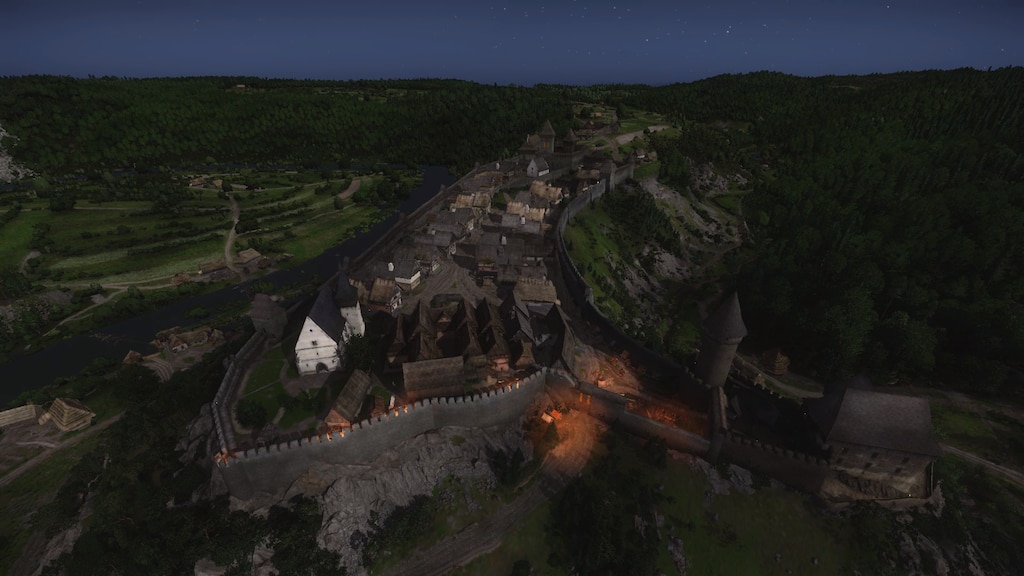 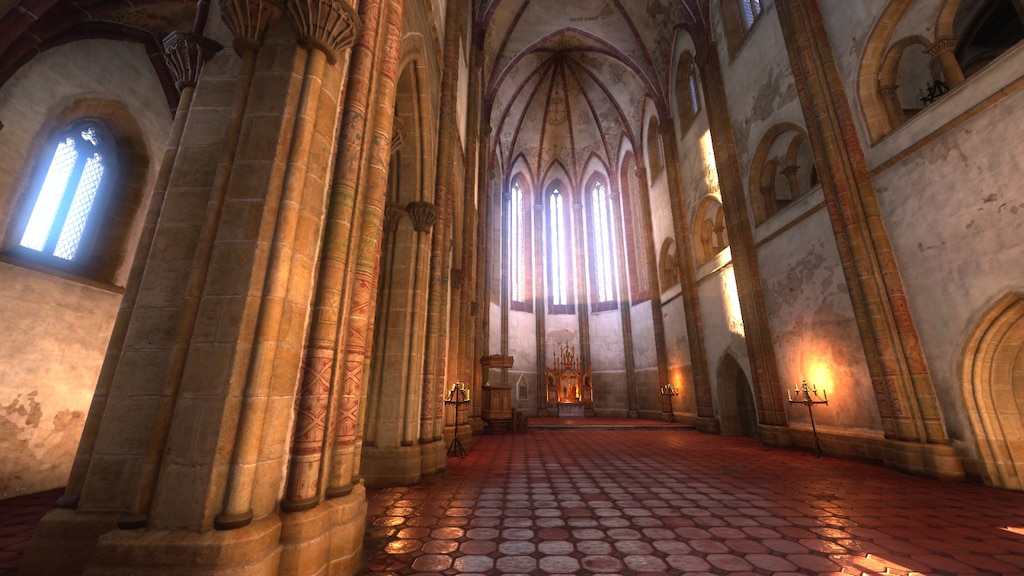 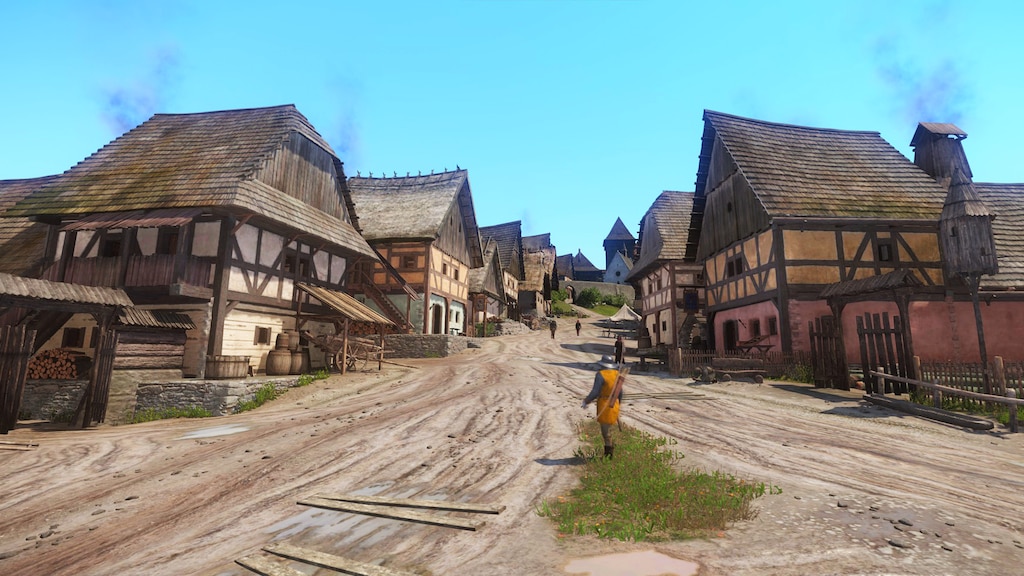 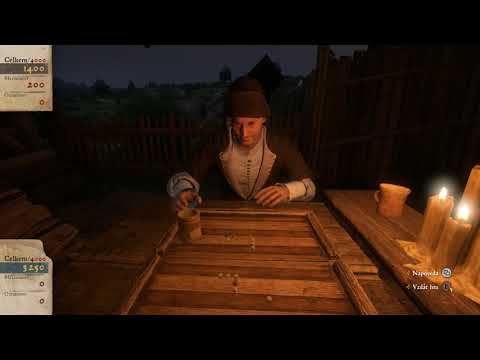 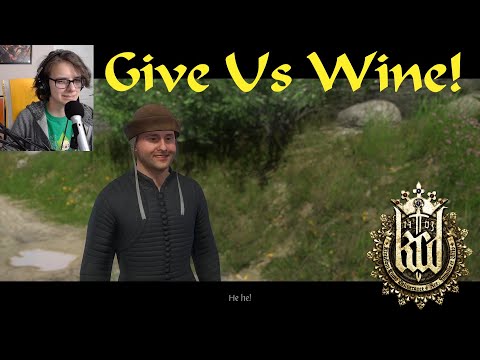 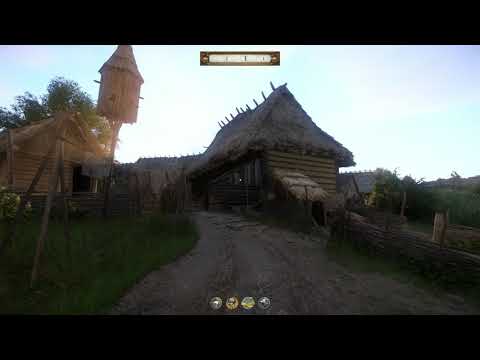 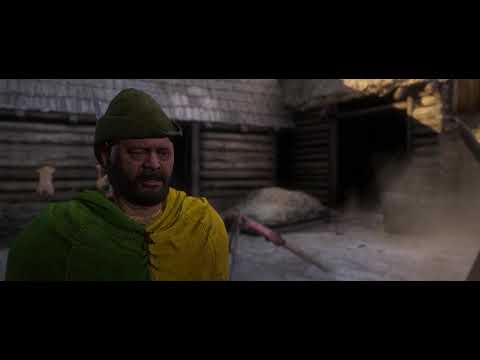 Matt Allen
View videos
Ukrainian Language Pak
Dec 18, 2020
Thanks to our great Ukrainian community, we are releasing Ukrainian language for Kingdom Come: Deliverance just on time for Christmas Holidays! We are much obliged to all of the translators in the team:

Thnak you and wish you all a Merry Christmas!