From commanding the battle standing on the bridge of your flagship all the way down to tactical infantry firefights - AFF brings together all the combat you ever wanted in a rich science fiction setting. Boarding, pilotable capital ships, deep weapon customization and full AI support included!
$17.99
Visit the Store Page
Early Access Game
Get instant access and start playing; get involved with this game as it develops. Learn more.
Most popular community and official content for the past week.  (?)
Is the game Abandon?
Was looking at it on steam... Last update was July 2020. Are they just not posting updates or has the game been abandon?
11 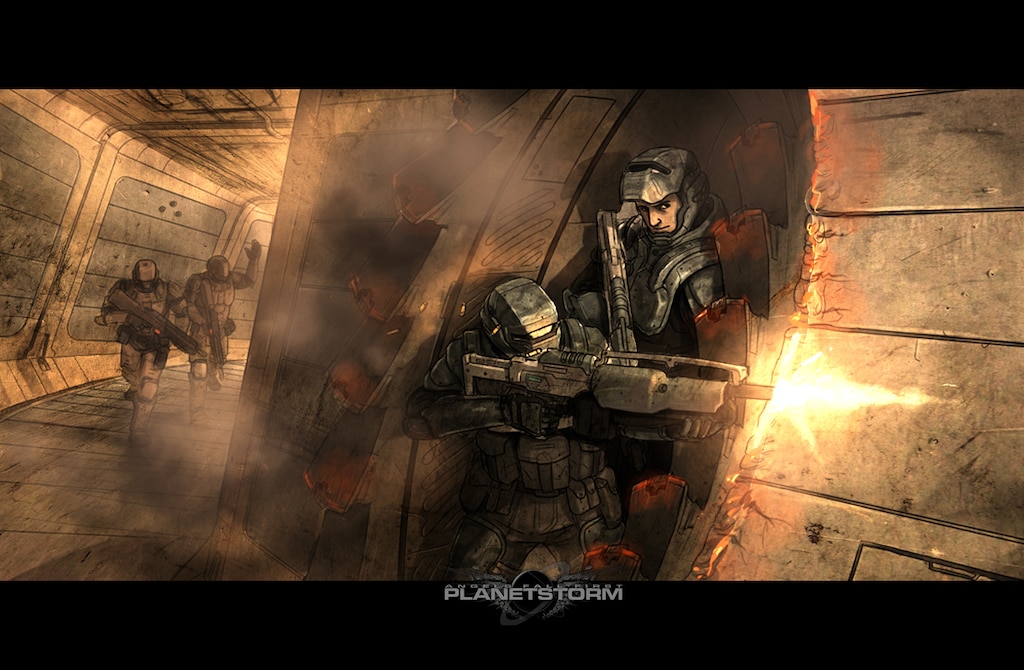 Beginner's Guide to AFF
Updated 30 Jan 2018, with new screenshots. Everything to get a new player started in Angels Fall First. Also gives people an idea what to expect from the game.
195 ratings

3
5
Some insight into the sound design of AFF.

3
2
Some more insight into the sound design of AFF

Aelexander
View artwork
This game has been ABANDONED.
Seems pretty obvious this game has been abandoned, it is not a bad game in it's current state, but it does have lots of bugs and performance issue's. for the price it still is pretty good value, but the dev's could have at least released some sort of statement about the games state a long time ago, and the fact its been over a year makes it pretty obvious development is dead....
82 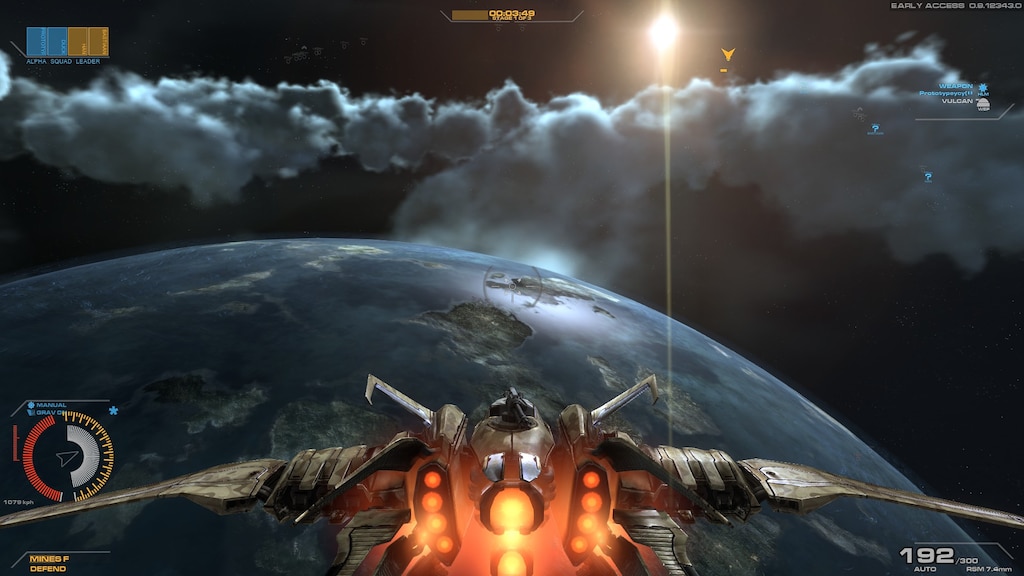 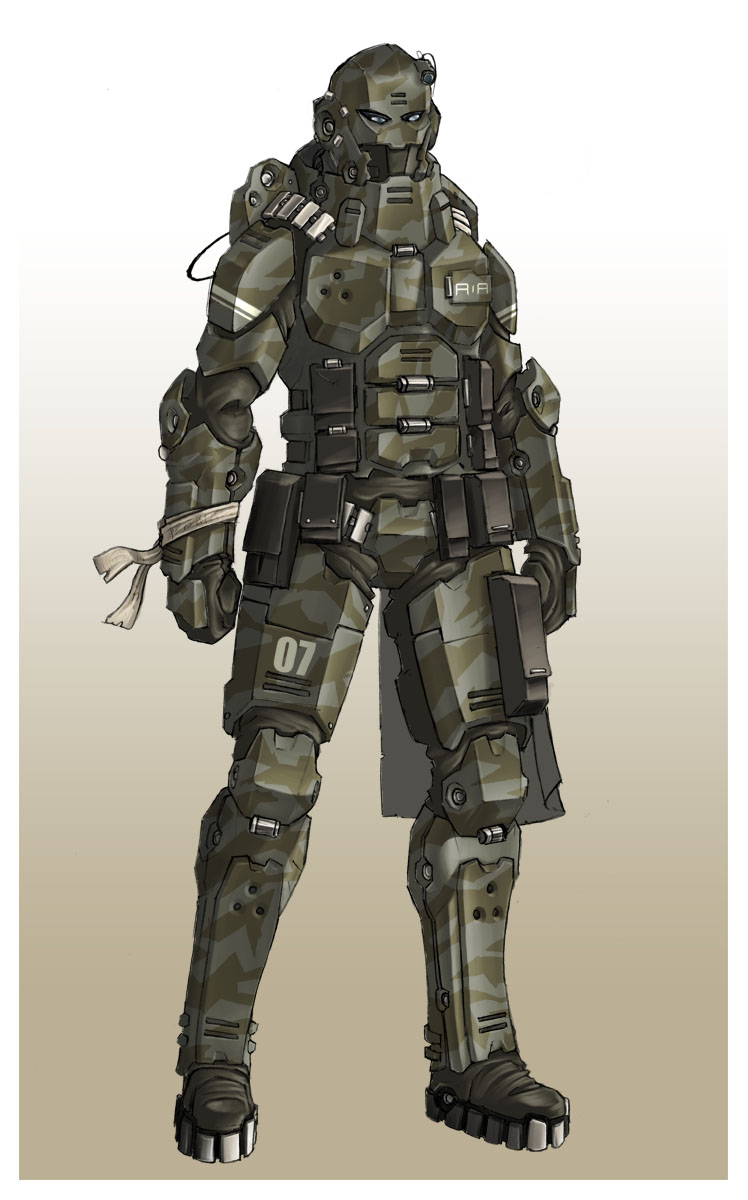 Progression and You
Ranking up in AFF works quite a bit differently than other games, so here's a quick and easy rundown of everything you need to know.
75 ratings 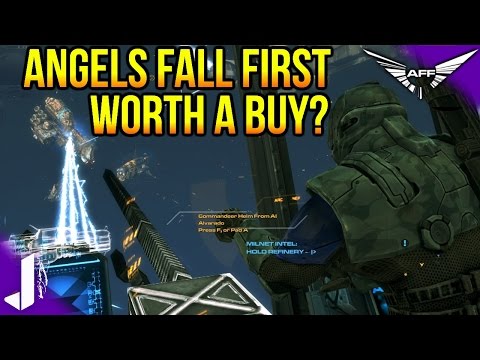 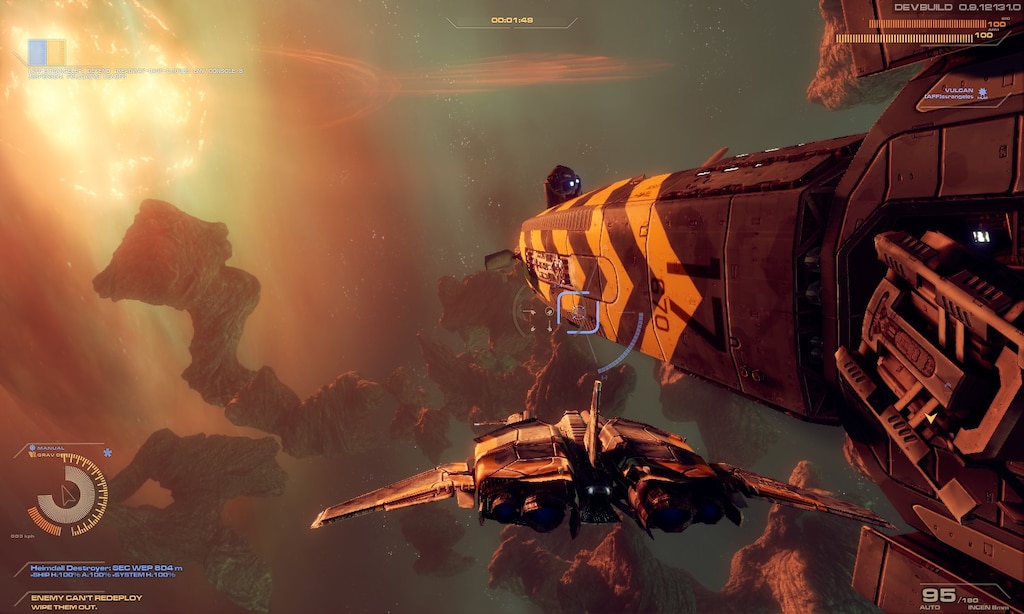 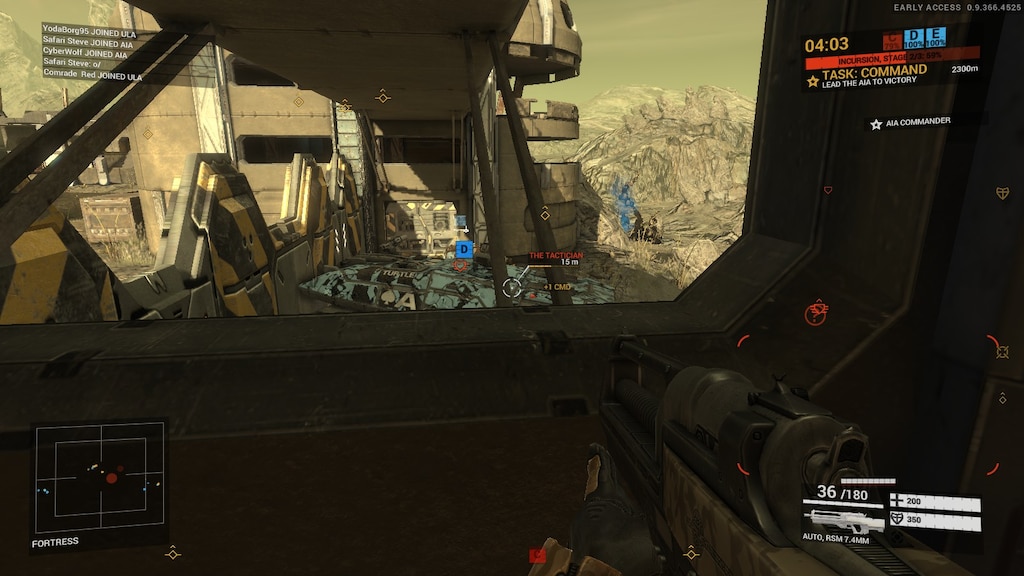 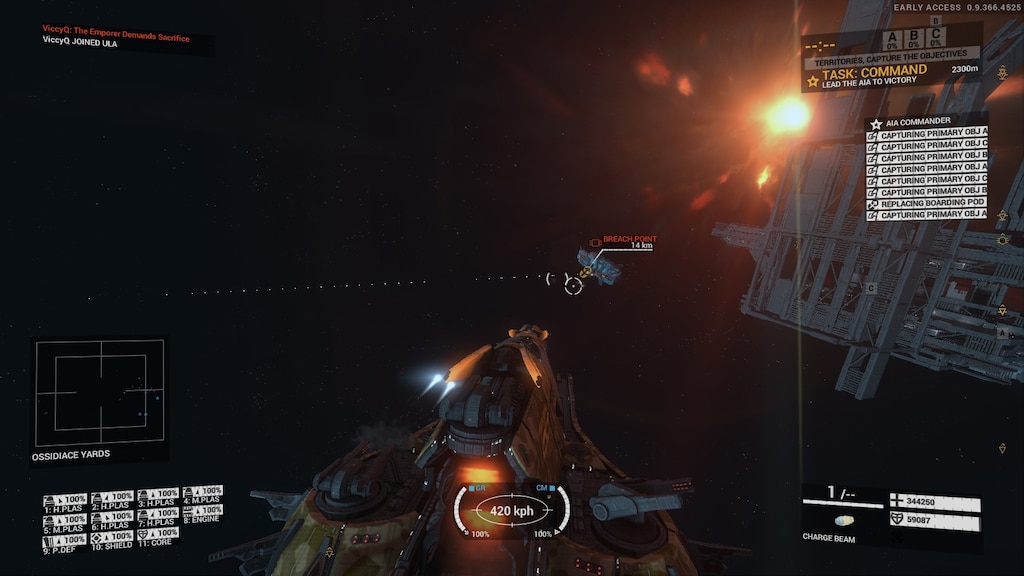 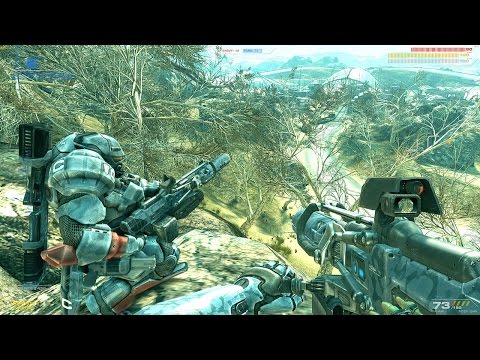 Lesser Known Features in AFF
Tips, tricks, and lesser known features that you probably know already. Be warned that this guide is intended for people with basic gameplay knowledge; I recommend looking at the other guides available on steam first if you're new to AFF.
36 ratings 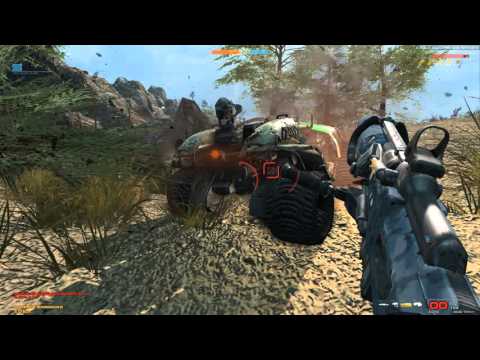 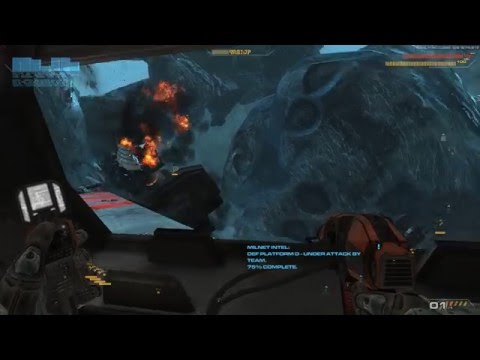 Recommended
89.1 hrs on record
Early Access Review
A stellar game that takes the FPS genre and finally proves that there is more to it than just repeating the same shooter mechanics many long time gamers have grown tired of.

If you've ever wondered to yourself "Wow, I really wish all these cool vehicles and bases in ____ scifi game were actually walkable instead of just being pilotable objects" then this game is for you. Ditto if you enjoy old school shooters like Unreal Tournament 2000 and Battlefield 2142 (not the new one.).

Couple this with a versatile selection of customization options, real time damage in 32v32 matches with massive ships duking it out in space with capital ships, fighters, and also boarding actions and you get the idea of why this game is still ahead of it's time compared to modern releases like Call of Duty (Insert title or number here.) and Battlefield 2042 despite actually being a sequel to a very old mod.

If this isn't enough to explain why you should at least check this game out, then consider this: Have you ever played a scifi game, seen a massive capital ship, and said to your self "Wow, I wish I could board this, walk around inside of it, man the turrets, heck, even use the hangar bay or sabotage and destroy it from within!"? Well, this is the game where you can do all of that.

Just be prepared to get to a fighter or escape pod before the whole thing goes nuclear with you inside of it.

And that's not all. There are intricate ground combat scenarios with vehicles, station assault scenarios, a city siege that wouldn't look out of place in WH40K, fleet battle scenarios (Check the maps carefully, some of them have an absurd number of ships.), and your usual assortment of capture the point/tdm/etc, etc.

There's even crazy stuff like a Bespin-esque assault on a platform (complete with dog fighting with aircraft and gun runs on the platform if you're clever enough and get access to an aircraft instead of being part of the ground assault) in the atmosphere of what appears to be a gas giant.

Now there is a downside. It's a labor of love, meaning it doesn't have a fast development speed, and it has been in EA for -quite- awhile. So players are incredibly thin to the point of not being there. The AI is serviceable and can even pose a challenge by itself however. There is also a fairly advanced command and control system where you can act as commander or leader of a squad with special powers, with the AI fully capable of using it on their own.

COVID also seems to have put development on hiatus, though according to the forums apparently the next update is mostly waiting for polishing to come out. Prior to COVID however, we were getting new scenarios and maps with new mechanics to boot. Couple this with the fact that it is a labor of love by a small dev team and delays have taken place. So long as they haven't abandoned the game however I can't really hold this against them.


TL;DR: If you're a fan of old school Battlefield games, war game shooters in general, or just wish one of the triple A developers would try to push the genre to the next level already instead of cashing in on a sequel then pick this up and check it out. 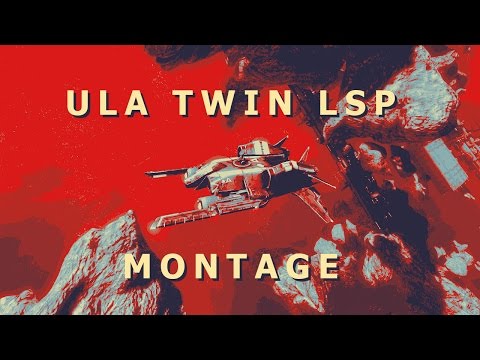 Not Recommended
22.3 hrs on record
Early Access Review
There hasn't been a single update to this game since July 2020.
It's now January 2022. Not even a single devblog showing what the hell they've been up to for coming up to two years since the last update.

Let that sink in. 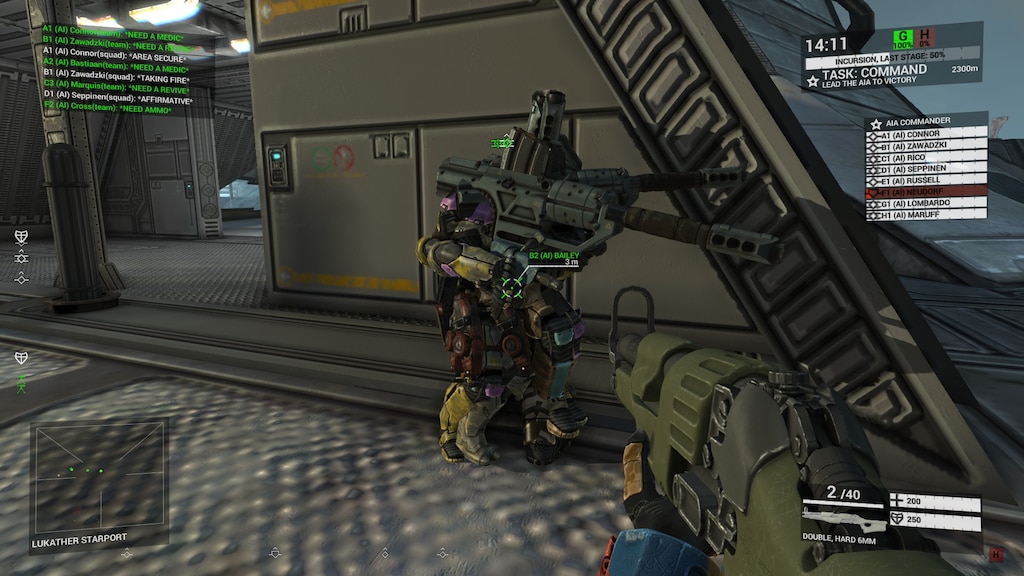 =CrimsoN=
View screenshots
Finding players?
All I seem to find is bots, is there an active community?
3

Vanist Meira
Jan 8 @ 4:56am
General Discussions
In case you are checking this out on sale...
I recommend this game but here are some fair points at the moment that will help you decide. 1. The game is nearly content complete (major item missing is a tutorial) and is a lot of fun. Bots aren't perfect, but they are more interesting opponents than most single player shooters out there. Lots of people (myself included) gotten a lot of enjoyment playing the game as a single player experience and occasionally playing online with others. There are also people who only play on locked custom servers with ...
11

Recommended
38.1 hrs on record
Early Access Review
Really fun game, great for space lovers and fps gamers. Boarding is a feature not many games have and the space battles are really entertaining to play