A game of aerospace industry and interplanetary exploration.
$29.99
Visit the Store Page
Most popular community and official content for the past week.  (?)
Hotfix 1.21.128.0
Oct 5 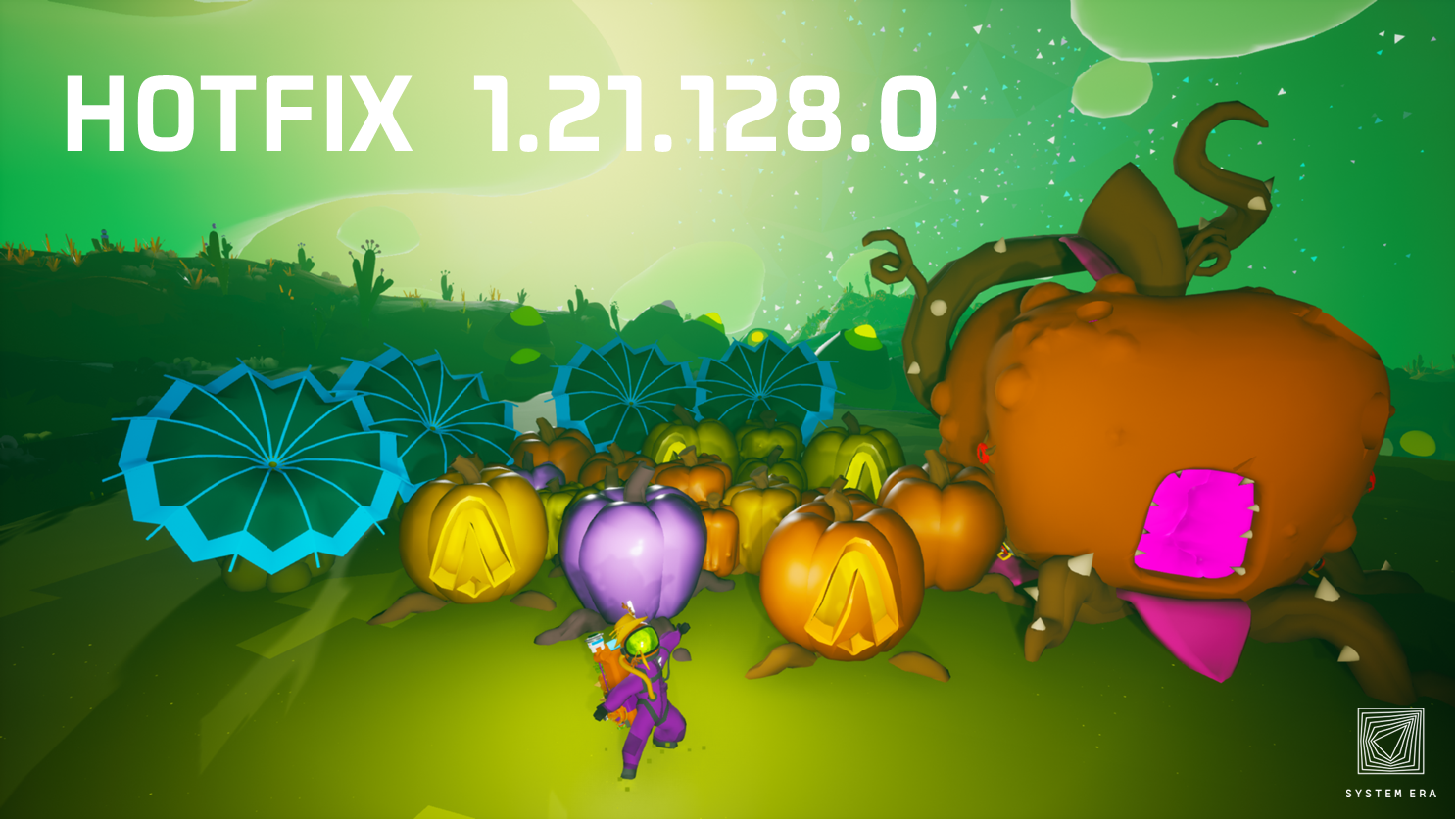 This hotfix addresses and acknowledges a few minor issues discovered in The Fall Update and will be available to players on all platforms today, Tuesday, October 5, 2021.

ASTRONEER
413
21
gas still passes trough walls, and gravity is insane
Just found desolo core and was trying to find a way in, got killed by gas that somehow passed trough multiple walls and also i could escape it because when i jumped, i was still stuck to the core of desolo!!!
1

Smart tips and tricks for new players.
Hi! Are You new to the solar system and are looking for some smart tricks to improve your life quality? Well, you're in right place in right time! In this guide, I will describe some small tricks, strategies, tips and more!
84 ratings 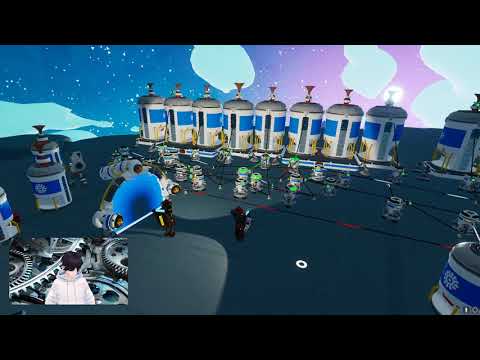 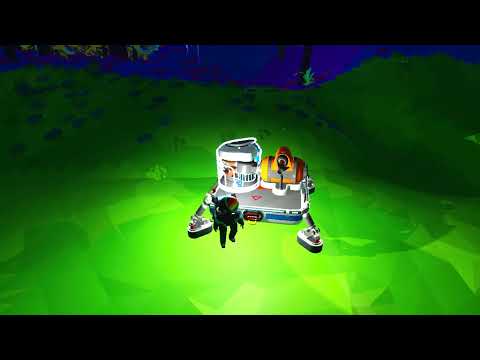 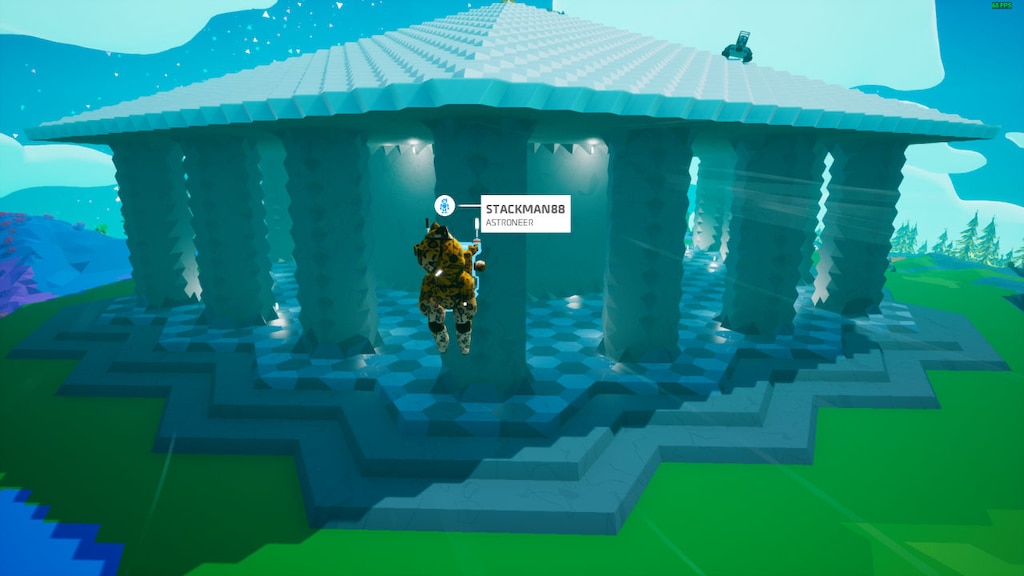 1
5
Temple of the One True Marble. Created in the 60 Degree Zone! 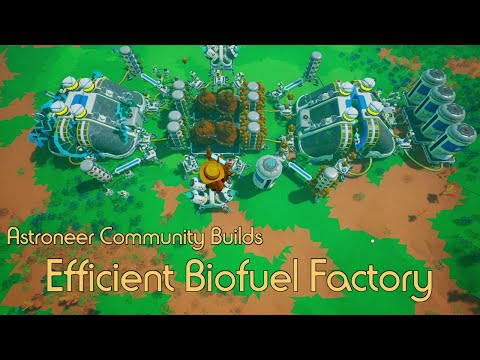 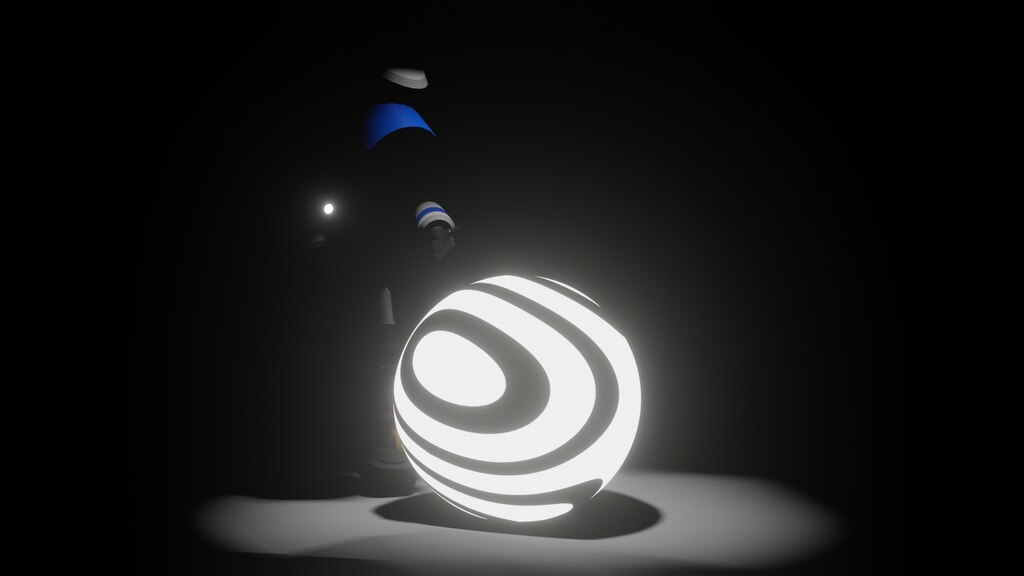 How To Build A Pyramid Base
I show you how to build a awesome pyramid base!
25 ratings 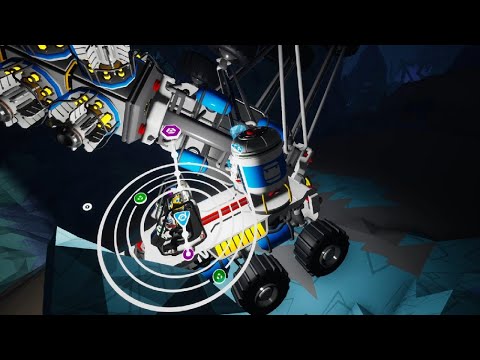 0
0
WHAT MODULE DID YOU PUT ON MY CAR THAT DOES THIS?! 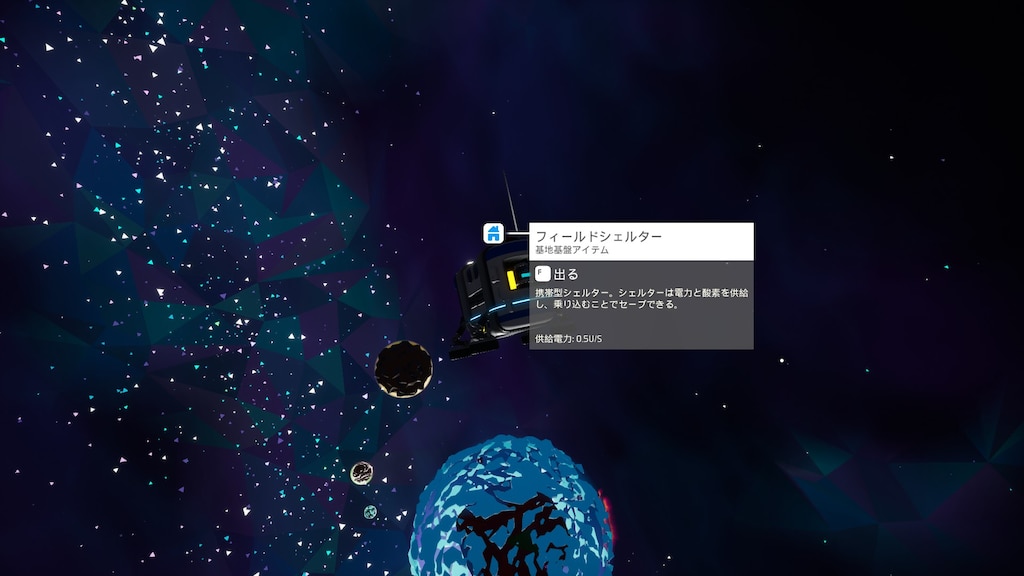 Recommended
49.4 hrs on record
This is an amazing game that i put a lot of hours in with my friend and its the first game I 100% on steam

Recommended
89.3 hrs on record
I remember buying this game way back in beta when I didn't have a pc good enough to run it and I've seen it grow over several years and might I say this game turned out amazing. They've added so much and always listened to the community. This game is a super chill minecraft like game where you are an astronaut on some planets and you harvest resources to build your base bigger. An endless sandbox if you will. I wouldn't say it's my favorite game, but it is a really enjoyable game to sit down a relax with.I can't say how fun it would be to play with friends, but it probably is. Definitely recommend. 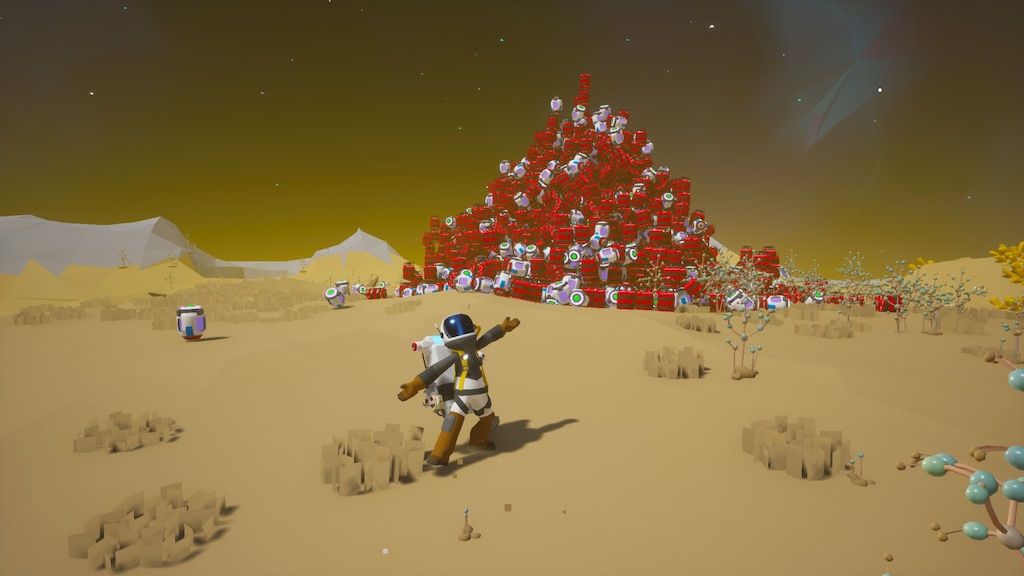 0
0
Here is your amazon order! Be warned: It's explosive! 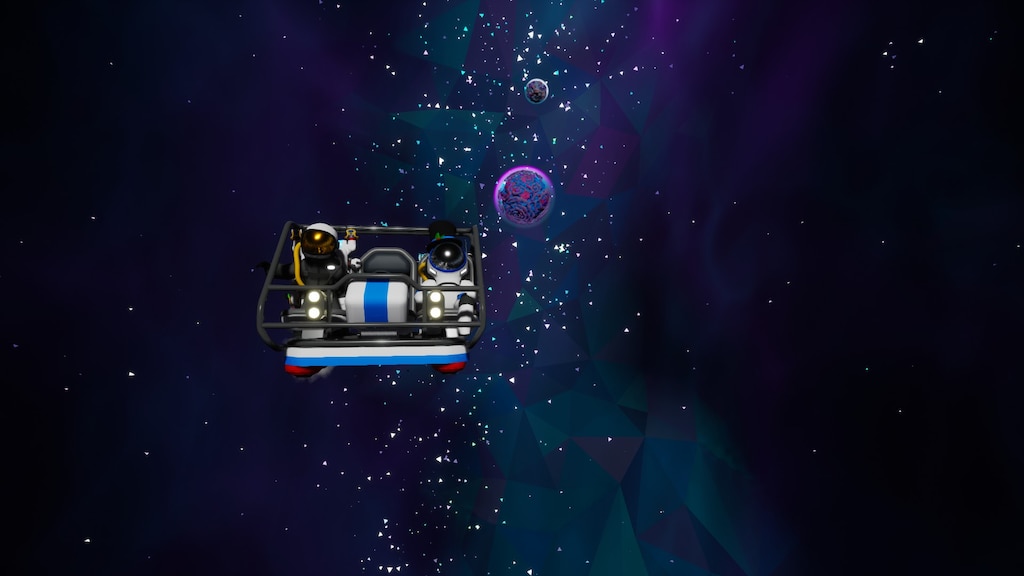 Recommended
29.0 hrs on record
Really nice and cool game. I love exploring new planets.
But I think it is very hard in singleplayer especially because there is almost no tutorial in the beginng, better play it with friends. 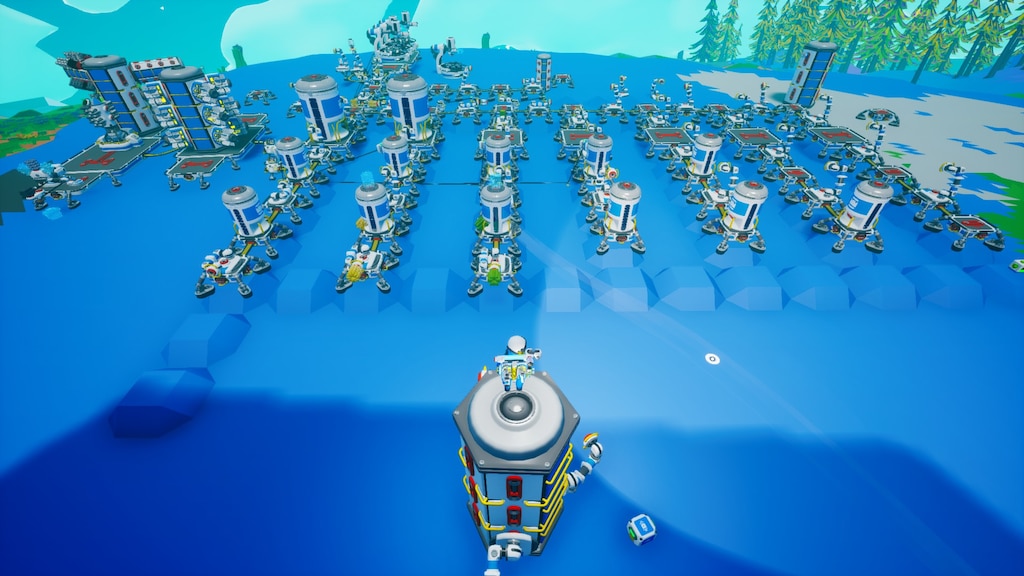 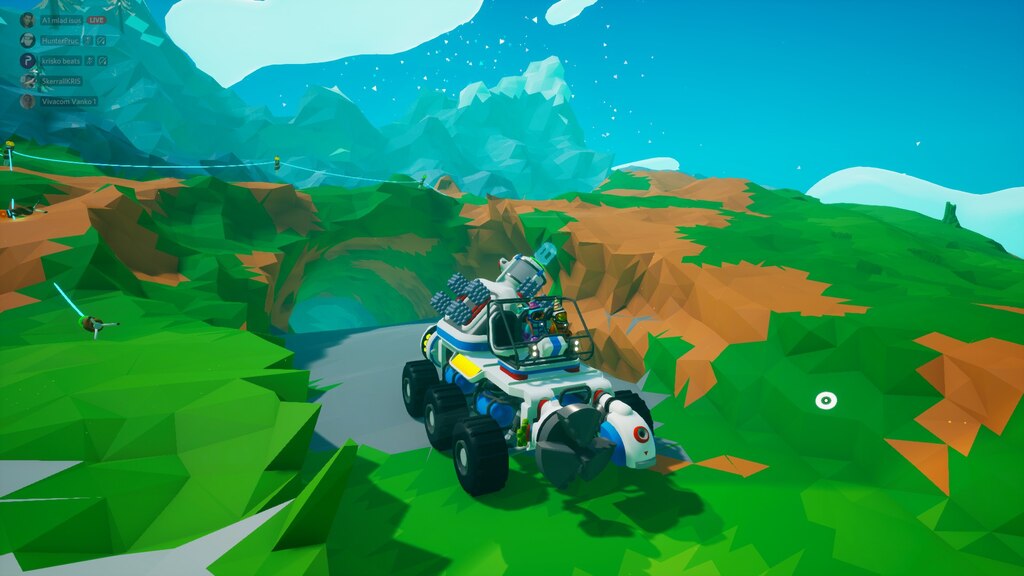 0
0
Me and my friend making autobans

ASTRONEER Modding guide
In this guide you will learn how to quickly and easily install mods for ASTRONEER. 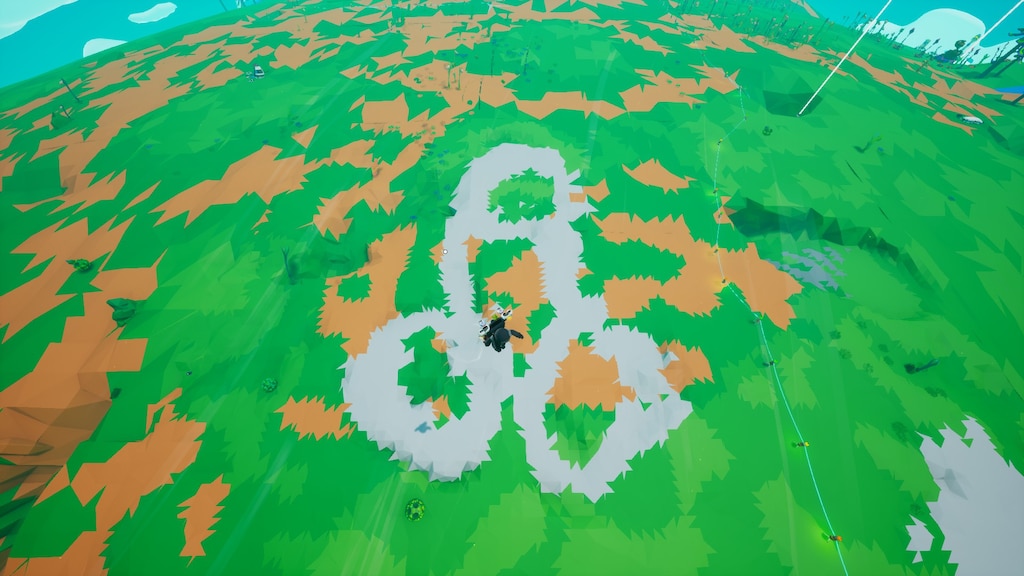 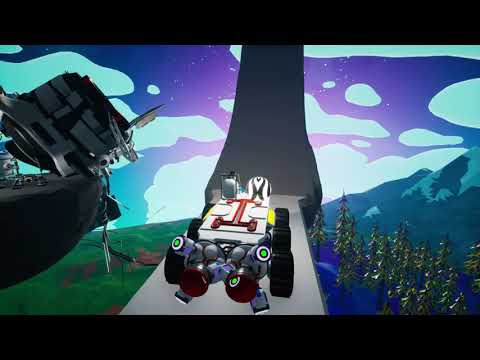 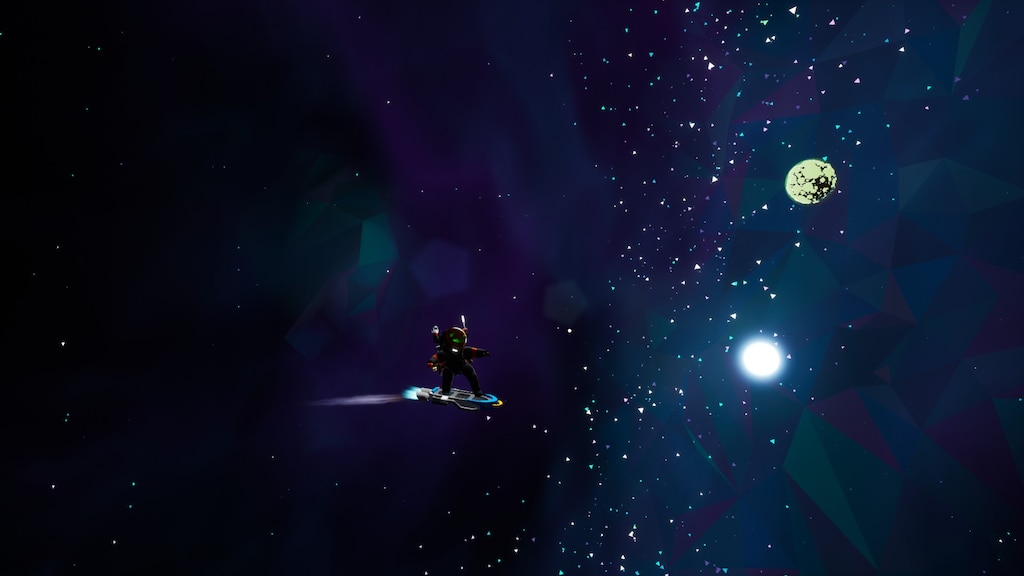 UncensoredContent
View artwork
The Fall Update
Sep 15
The Fall Update is here and this season's EXO F.A.R.M Event has begun, try using the new Proximity Repeater to help you sow Sturdysquash Seeds and unlock fun new cosmetic rewards. The Trade Platform now also accepts Astronium in exchange for useful items and resources. Read on for more Fall Update details, including the addition of Steam Cloud Saves and what you need to know. 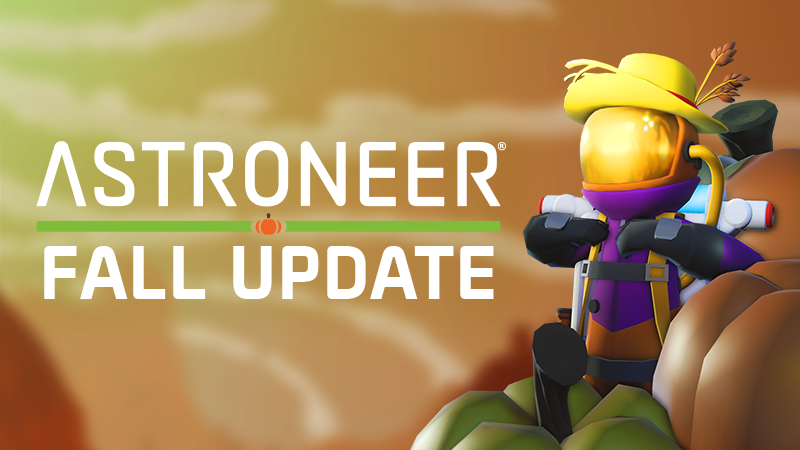 EXO F.A.R.M. Event
Grab your fellow Astroneers and use your expertise to assist EXO Dynamics in the Fuel Acquisition, Renewal & Maintenance event! Seasonal Sturdysquash have sprouted in the solar system and it’s up to you to cultivate and harvest them. Combine their valuable produce inside unique Cauldrangea plants to create valuable biofuel to send to EXO.


Find Wild Sturdysquash that can be harvested for their seeds on Sylva, Calidor, or Atrox; use these seeds to grow offspring that yield Sturdysquash Samples

Locate Cauldrangea plants on Sylva, Calidor, or Atrox – but beware of the hazards that tend to grow nearby! Use the Cauldrangeas to produce one of three types of biofuel.

Different biofuels can be produced using different ingredients; the rarer the ingredients, the more the produced biofuel is worth:


Useful incremental rewards are included along the way to bolster your harvesting capabilities. Randomized recurring rewards are available after completing the event – including QT-RTGs & EXO Chips! – for those who want to continue to produce biofuels.


Proximity Repeater
A new activation item is available in the Catalog. Unlike other sensors and repeaters, the Proximity Repeater activates all items within its radius instead of requiring the use off segment pins. This makes it great for quick automation setups, or in cases where wired connections aren’t practical, such as planting seeds, scanning research items, or bulk packaging and unpackaging.

Tutorial Removal
The tutorial is no longer available and cannot be accessed from the Main Menu.

The Achievement/Trophy “EXO Dynamics Training Seal of Approval” is now rewarded on completion of the mission “Printing Up”. This has no effect on players who already earned this.

Previously completing the “Printing Up” mission before this update will not unlock the Achievement/Trophy.  If you did not unlock the Achievement/Trophy for “EXO Dynamics Training Seal of Approval” by completing the tutorial, you would now need to complete the “Printing Up” mission to unlock it, even if you had previously done the mission before this update. This may require starting a new Adventure game.

Steam Cloud Saves have been enabled allowing users to back up 10,000 files or 1GB (Whichever occurs first)

Uploaded cloud saves can be viewed and downloaded online after signing into the Steam webpage and navigating to this address: https://store.steampowered.com/account/remotestorage

Crashes
[AS-15833] Fixed a crash that occurred in save provided to us by a player when they were approaching a gateway. The crash will no longer occur and the save should now be usable again.

ASTRONEER
947
159
I'm looking for a group or another person to play this game with
I'm 27F, I live in west coast NA. I don't know anything about this game, I'm going in blind for the moment but I'd really like to play with someone who is 18+. No gender preferred. US only, my internet cannot handle anything outside of US. We dont have to use discord, I think it'd be fun to play for a few days just using emotes and in game text if they have it. I'm also kinda shy on discord lol I do not care if you're an expert at this game or also new or whatever the case maybe. I just want a new frien...
4

Korso
17 hours ago
Looking For Players
I let my hydrazine farm run for to long. :(
What am I going to do with all this hydrazine? https://steamcommunity.com/sharedfiles/filedetails/?id=2633761560
8

Pahbi
12 hours ago
General Discussions
Looking for a group to adopt a noob :)
So I had the sudden urge to start playing Astroneer again. The last time I played was 3+ years ago when it was still in beta so I'm going to be a total noob. Anyone down to guide a little one through it? Preferably in a discord group or such. Planning to get back into it full time too because I remember how enjoyable this game was! I am also a trans girl (she/her) so I would like to have a supportive and accepting group to play with. I know it was kind of irrelevant but I do it to prevent unwanted haras...
7

Princess Ann
23 hours ago
Looking For Players
Wrecked Solar Array
Anyone know of a way to orient these big solar arrays? It was standing up when i started digging and kind of liked it that way but i cant seem to manipulate terrain to make it stand back up. Do you guys have a better way of going about something like this?...
4