After Lincoln Clay's surrogate family, the black mob, is betrayed and killed by the Italian Mafia, Lincoln builds a new family and blazes a path of revenge through the Mafioso responsible.
$29.99
Visit the Store Page
Most popular community and official content for the past week.  (?)
Can't start game after update?
Updated the game today now it has the 2k launcher to start up and game will not launch even tried to run straight from exe no luck, anyone know a workaround for this?
58

xnamxoutlawx
May 13 @ 7:20am
General Discussions
Artwork 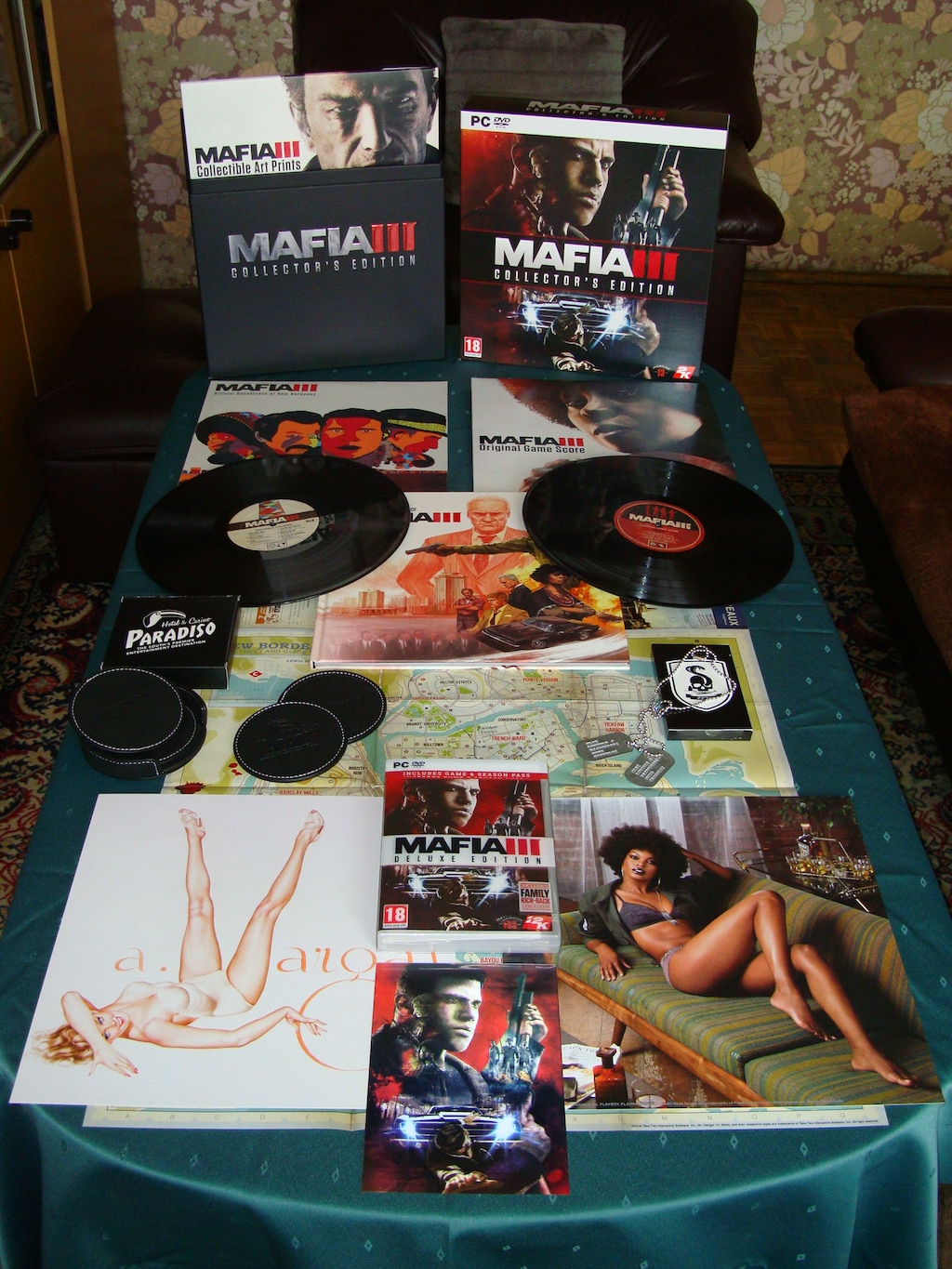 Mafia 3 Soundtrack (100-Plus Songs)
The Mafia III Soundtrack features 101 carefully curated songs from the era that set the tone for Lincoln Clay's journey through the game. As you drive down the streets of New Bordeaux you will hear everything from classic rock, country, soul, rhythm...
442 ratings

How to make the visuals better.
For NVIDIA graphics card users only.
89 ratings

Not Recommended
59.0 hrs on record
Many bugs, glitches, frame drops,freeze ups,loss of key function,endless loading,forced to close game,forced to restart my PC to exit game which also having to restart Steam,forced to shutdown my PC to be able to get back into the game from endless loading bug. Did I forget anything ......let me think??????? yes 2K startup is unnecessary and maybe part of the problem some achievements are buggy or glitched. Having not finished the main story line at the time of this review if I could refund I would.

Update: since this review I can no longer get past the endless loading phase in the beginning of the game once I click continue .Game is dead in the water .Verified files and have shutdown the PC countless times to restart.

Pet peeves and Quality of Life issues that are fixed in Mafia III
Or: Why you shouldn't feel ashamed for liking this game, as a fan of the series or otherwise

Recommended
36.6 hrs on record
Ok, so i'm about 1/3 of the way through, so if the ending is crappy it may change my recommendation
Now onto the bad
It's graphically glitchy occasionally but i haven't come across any game breaking bugs. Think it's patched up enough that i don't need to worry about it.
The voice acting facial expressions are ridiculous sometimes.
WHO THE #$%^ TAKES BODY ARMOR DAMAGE FROM A CAR COLLISION? It getting shot or stabbed, yeah, i get that, but by Odin, flak jackets are kind of immune to blunt damage. Sure take health damage from a car crash, i get that, but a fender bender while you're in the drivers seat? C'mon.
Certain missions feel a little grindy.
Combat (while nicely done on the takeouts) is a little repetitive

The good
The story so far as i've gotten into it is phenomenal, (not so much the progression cut scenes) but the interviews and hearings after the fact put a lot of depth into it.
There are some really well done aspects of gameplay, like tailing missions (which are horrendous in most of these types of games), and mop up missions, and hitmen coming after you. Really solid stuff.
PLAYBOY COLLECTABLES
VARGAS COLLECTABLES
HOT ROD MAGAZINE COLLECTABLES
(The last three hit home for me because my dad and uncles collected both magazines and i went through them as a kid, just seeing the covers brings a wave of nostalgia.)
The realism of interactions between people is really good, especially bystanders etc
Driving is enjoyable, almost as good as GTA V (much better than cyberpunk2077)
The music on the radio stations is really diverse for what was popular at the time and there are some great hits on there.

I picked this up on sale for about 16$ CAD and it came with all the dlc, and for that price it's not "MUST HAVE" but #%%ing close. 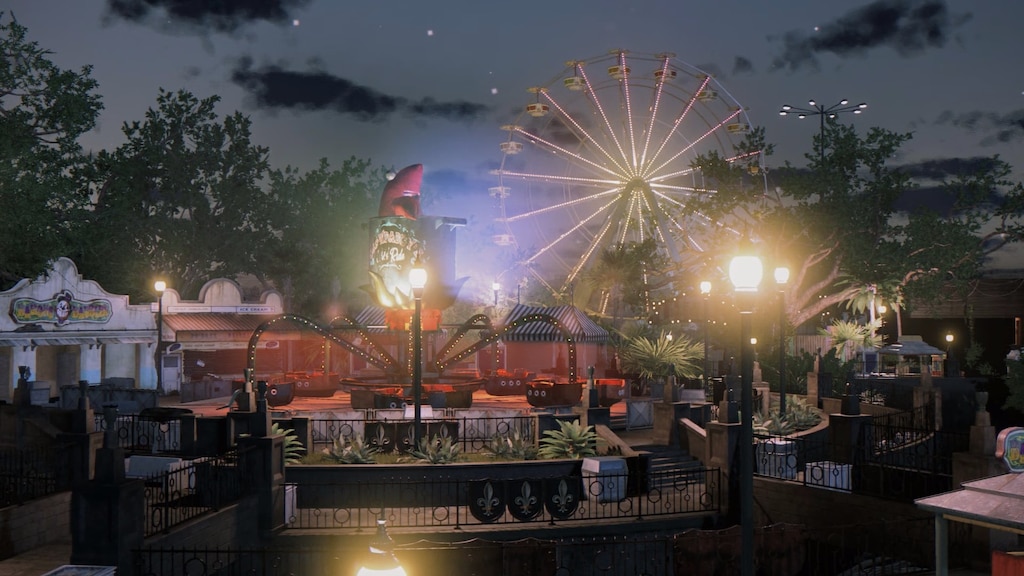 Recommended
3.6 hrs on record
TL;DR "BUY THIS GAME, its one of the very finest ever made."
If you think this is a bad game, you are just wrong. Mafia III is easily the most underrated game ever made. It features on of the best stories in video game history, but all that gets overlooked because it was glitchy at launch, but inherently bad games like Cyberpunk 2077 get a pass. If you haven't played this game, trust me, it is pretty much guaranteed you will enjoy it if you play through it. The gameplay was criticised for being "repetitive" but look at MMOs and other genres like that, they get a pass, even though you literally do the same thing over and over again. The voice acting is among the best in gaming history, and (thank god) that section of the game didn't get overlooked, Alex Hernandez (the voice actor of the main character) was nominated for a BAFTA for his incredible performance. In closing BUY THIS GAME, its one of the very finest ever made. 9/10

*Note: I haven't played through it on this account, but have around 300 hours over multiple systems and profiles.

ExoJackal
124 products in account
0
Can't open mafia III because of the launcher
When I try to run the game after the new update, I am directed to the 2k launcher page and it says that I need to buy the game. Does anyone have a permanent solution to this problem?
26 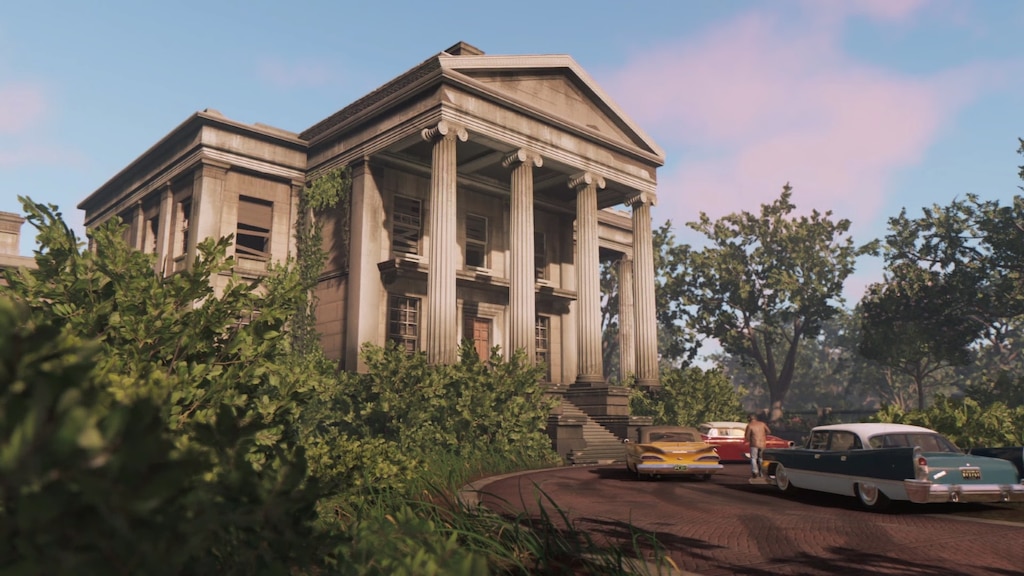 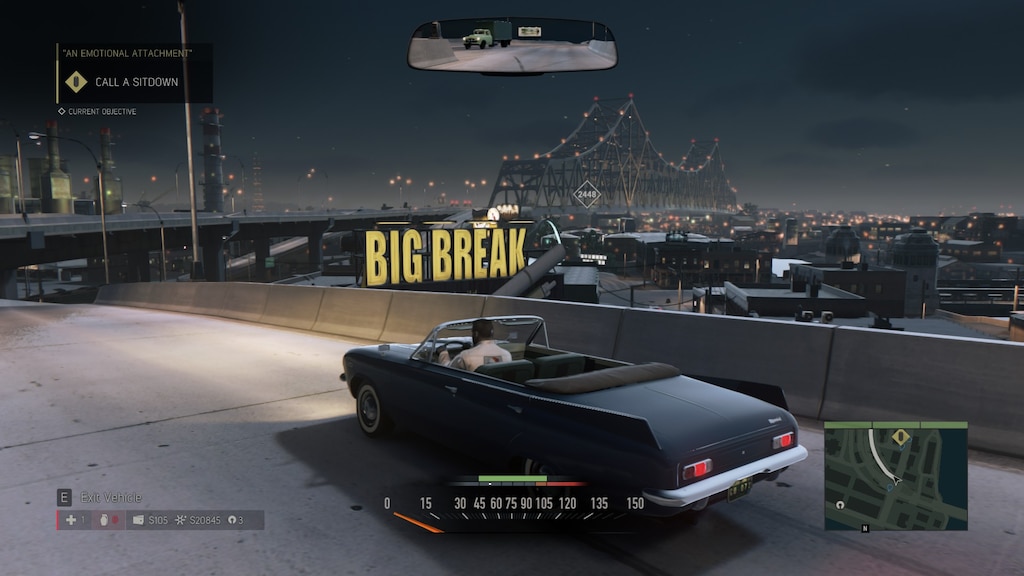 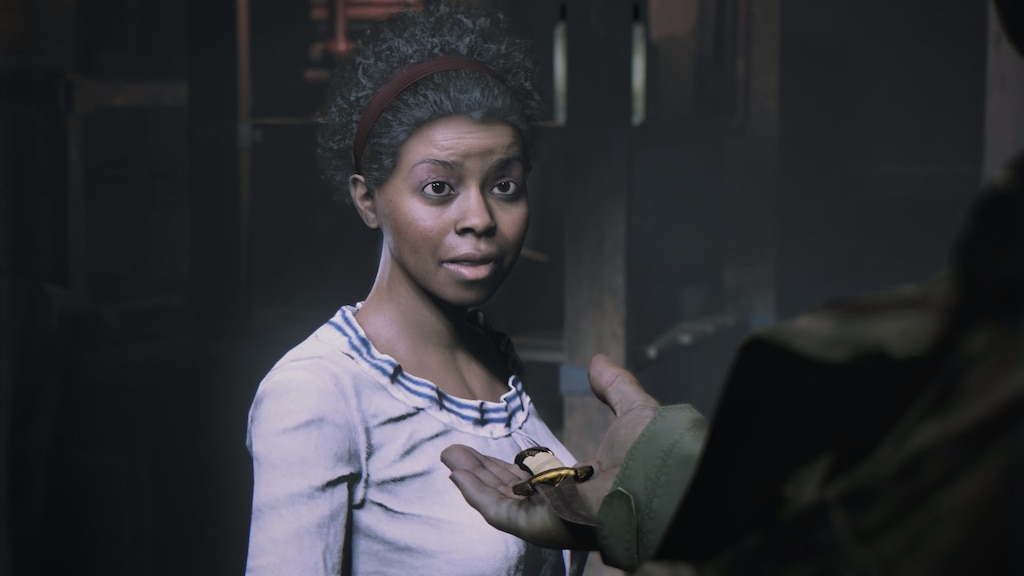 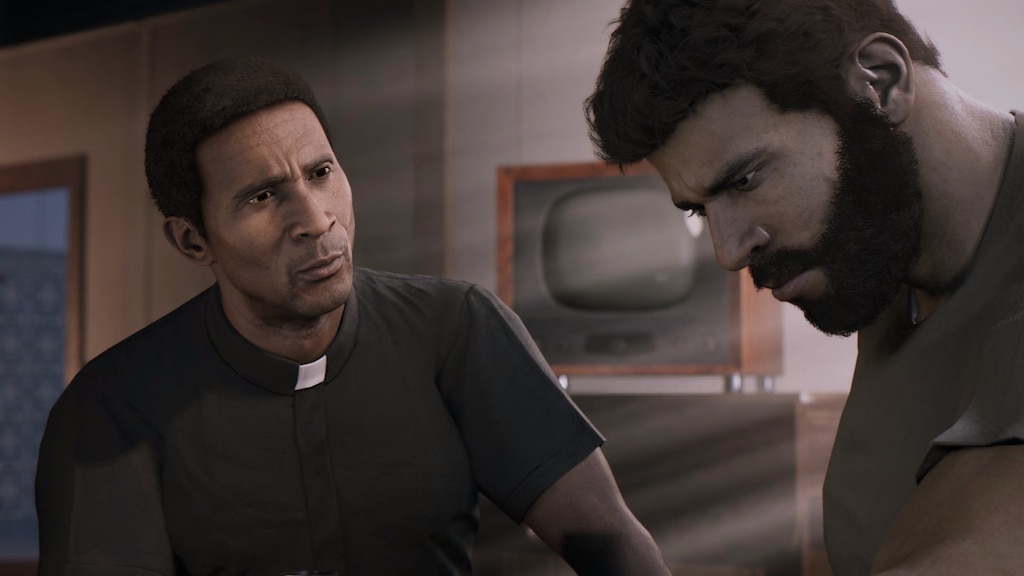 Killing groups - fast & easy
Tired of spending too much time going after every enemy stealthily, or getting cornered by reinforcements? Try nadestacking and you can finish groups of enemies in 3 seconds. 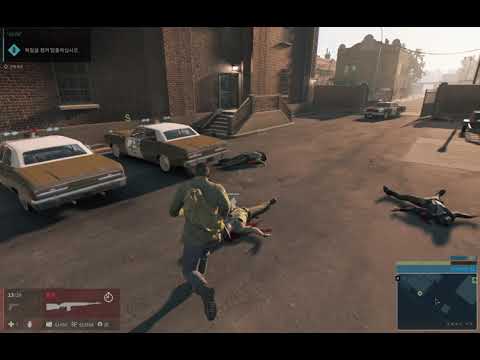 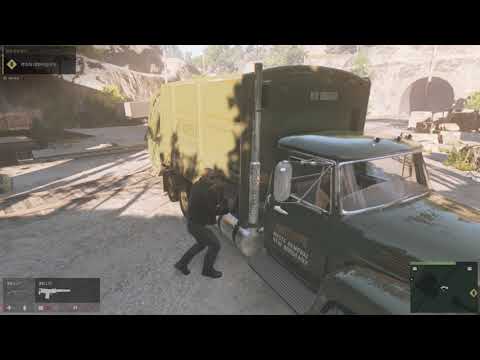 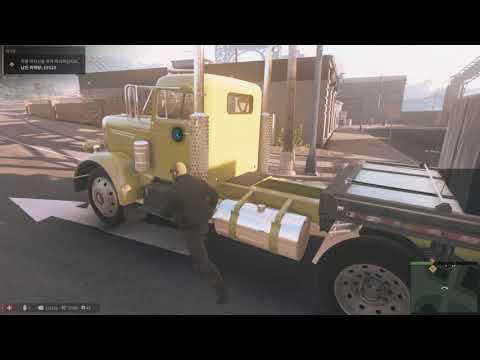 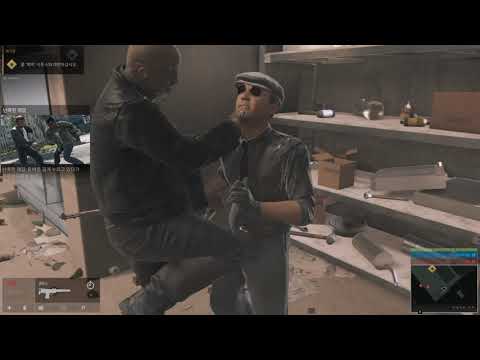 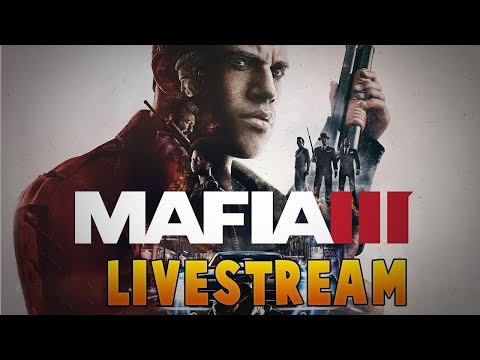 AzzaFortysix
View videos
Possible glitch
Has anyone also had issues with vito's side mission? In that particular mission you are meant to steal truck from dixie mafia but truck nor mafia dont even appear at the first place ? EDIT:1 I want announce that i just completed the game and thus i wanna thank yall beatiful people for helping me out....
16