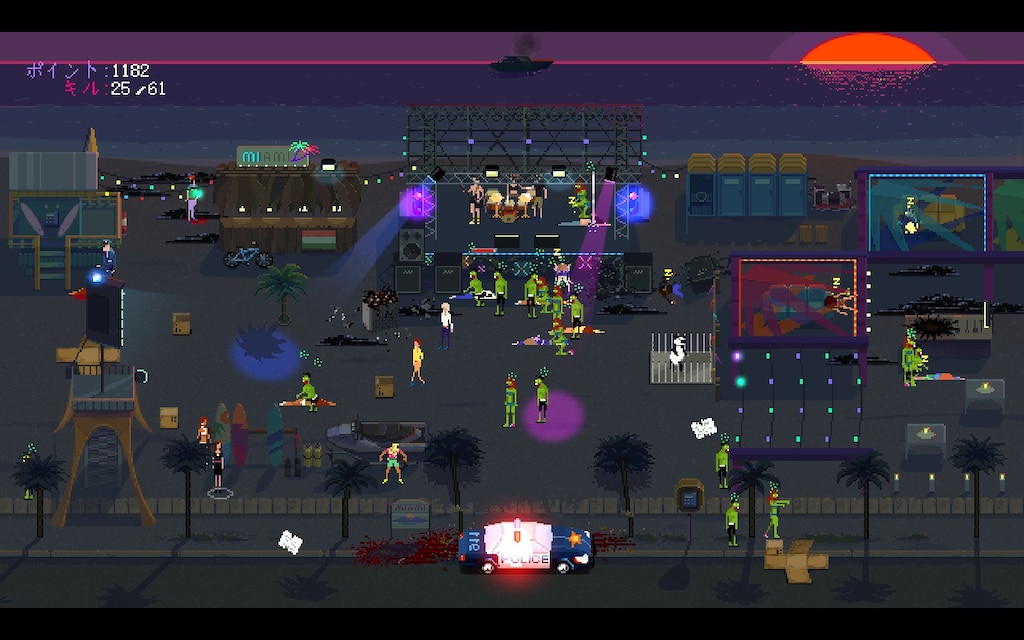 makise_sora / 牧瀬空 [JP]
View screenshots
Black Screen and No Audio
My game was working fine yesterday morning, then the screen went black. I tried restarting the game, but I still had a black screen with no audio. I updated my drivers, I restored my computer, I emptied the download cache, verified the files, uninstalled the game and steam, run the game as an administrator, etc. Nothing's working. My other games are fine, it's just this one. :''( Any suggestions?...
33 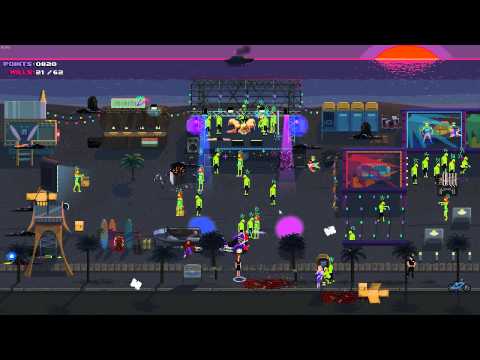 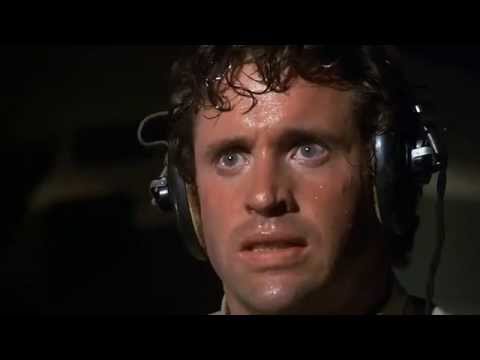 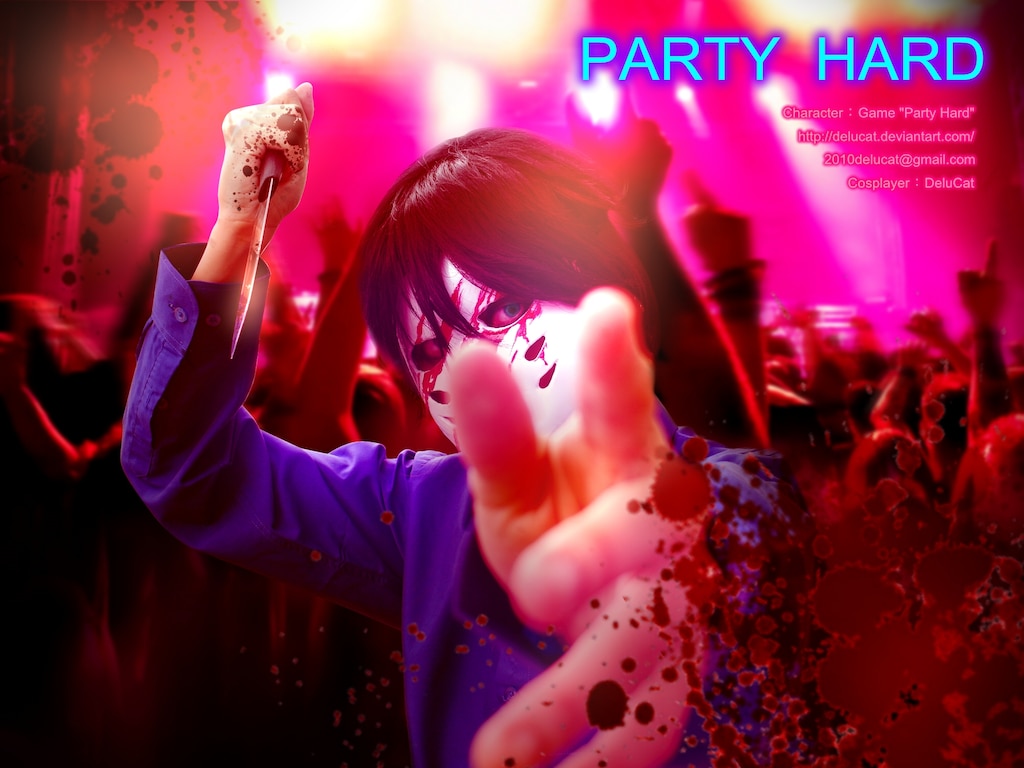 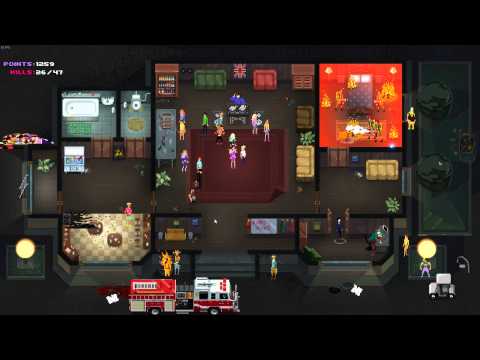 Jozezito9
Jul 5 @ 10:46am
General Discussions
Game crashes on startup
Every time I try and boot the game up, after set up I get this message: The game crashed. The crash report folder is next to the game executable. Is there a fix for this? I was really looking forward to trying this game out.
5 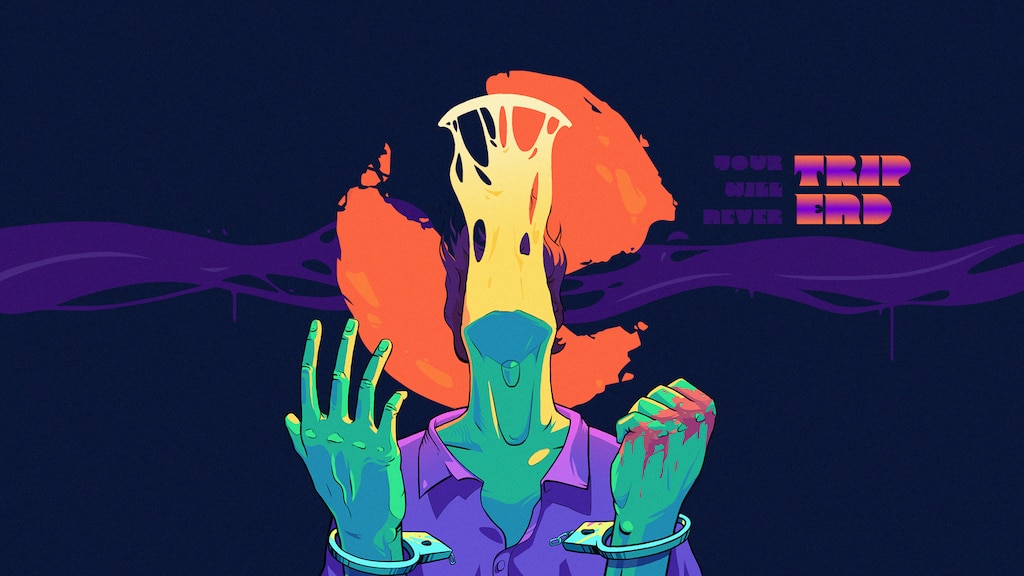 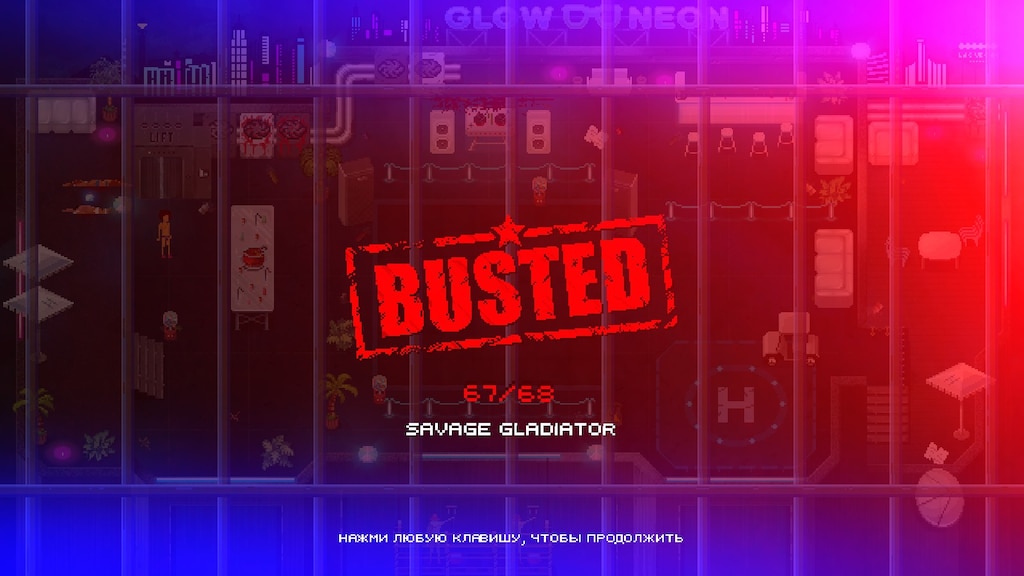 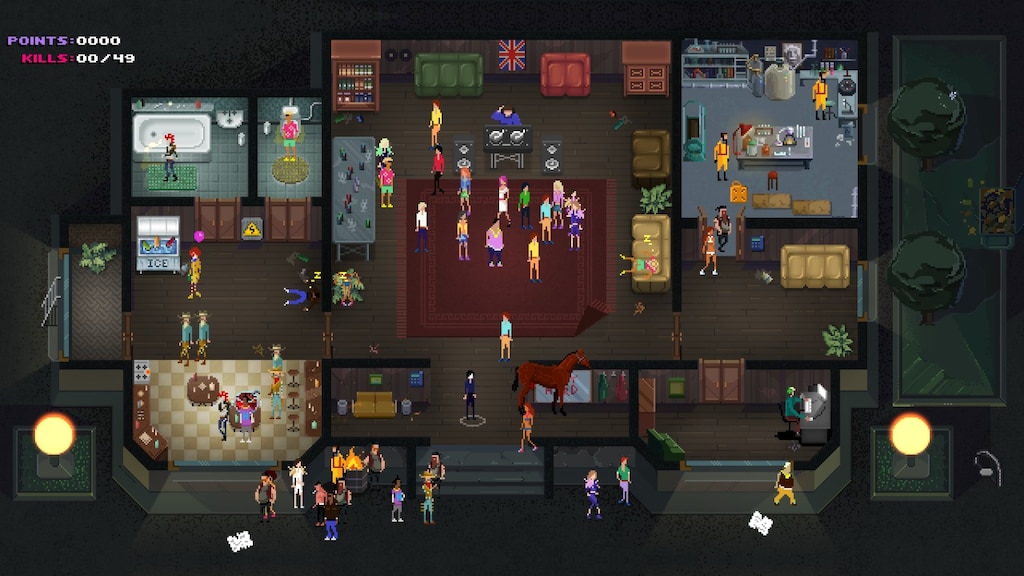 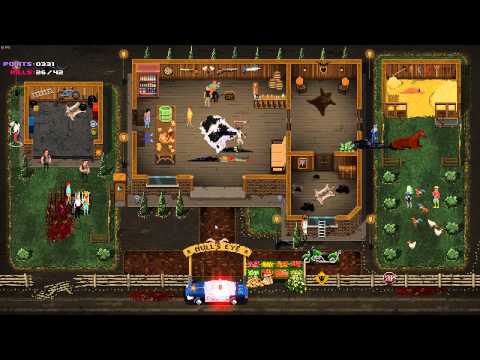 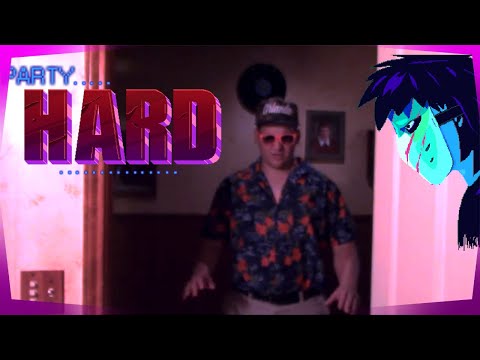 2
1
Party Hard In A Nutshell 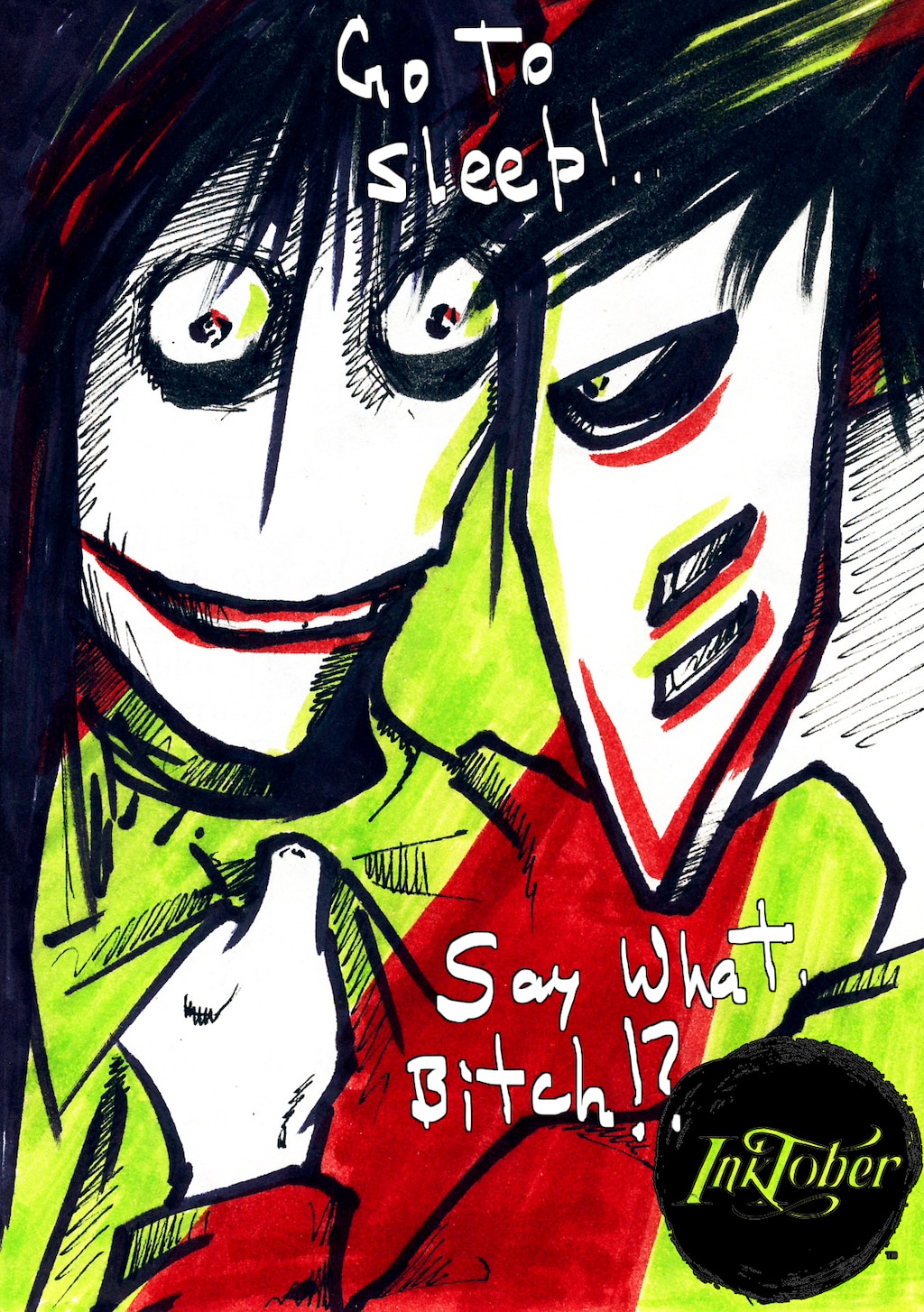 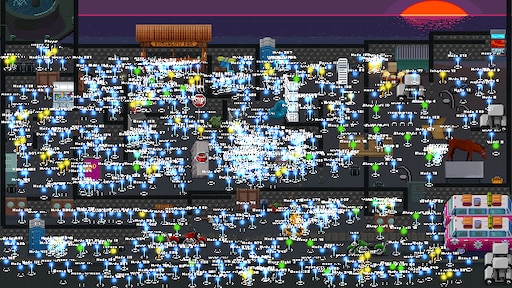 Recommended
12.1 hrs on record
I absolutely love this game. It's amazingly done, and it has a very good balance between absolutely frustrating and absolutely fun to repeat levels. I might've done some maps a dozen times before I got them right, but even if frustrating it never was a bad kind of frustrating. It was fun, to see what you did wrong and try to do things differently, which was helped by the fact most maps changed a bit when repeating.

The graphics are really nice, and kinda cute tbh! I also absolutely adore that you can dance and that people can beat you up for that. Controls are nice, though sprinting is tiring because it's very short and often times... NPCs run faster. So, not too useful. Using objects is a bit confusing at first, and some are not really that useful (I'm looking at you, stun bomb!). All in all gameplay is really cool!

The story was also really interesting and compelling, and I was hooked! I really wanted to know the connection between the two characters in the cutscenes. That is, until the very end of the main game which I just... I don't know how to describe that ending and that twist. All that comes to mind is "kinda ableist, huh". Not only that, the twist per se is boring, over-used in both horror flicks and crime shows and kind of reminds me of bad Criminal Minds episodes or those Shyamalan movies about mentally ill people that just perpetuate stereotypes and all that. It took away everything interesting of the plot and just made it One More Horror Cliche Media TM. At least fandom and headcanons exist, I guess!

All in all, I really liked Party Hard!

Not Recommended
33.0 hrs on record
The concept of the game is relatively good. The execution is uninspired. It's basically a cheap ripoff of Monaco and Hotline Miami (possibly others as well that I haven't played, like the Postal games from the 90s). What's great about these games that most of the time they are very fast, very polished and excellently balanced. Party Hard is none of these. Most of the time the pacing is very slow, most of the time you are waiting for the dozens of partygoers to split up so you can pick them off one by one. You can play different characters (a Helloween type masked guy, a Maniac Cop, a chainsaw killer, a ninja and a couple others), but as opposed to Monaco, for example, the differences between the characters are not that meaningful. The graphics are very similar to these, a faux 90s style top-down GTA-like (or Postal for that matter) view, but a bit dull. For a game that's inspired by 80s slasher movies, it is disappointing that you basically always kill your victims in a single way, by stabbing or cutting them with your single weapon. More varied ways of finishing off your victims, like a choice of several weapons, cutting of heads and dismemberment, choking, disemboweling, setting on fire, drowning in the bath or toiliet, and so on would have been much more stylish). The fact that these are missing isn't that bad. There are two reasons why I can't recommend this game though, and both have to do with production values. One is the bugs. For example, if I want to throw sleeping or dead victims overboard or out the window, why is it that about half the time the victim is dropped on the floor instead? Or when playing as the maniac cop, when I mark several people one after the other for arrest before the real cop leaves, why is it that sometimes a copy of the body of an arrested person remains lying on the floor even though the cop has in fact arrested them, and the body stands up and wants to call the police if a murder happens around it. These are not game breakers but they could and should have been corrected. Also the writing is really awful, the Russian developers obviously didn't bother or didn't want to spend the small amount of money that having the grammar of the English text checked by someone who actually speaks and writes proper English would have cost them. As usual, the Russkies don't have the slightest idea what article to use with nouns, and so on. The story, which is told as usual in cutscenes, is a mess, I didn't get it at all. Obviously it tells the story of the psychopath killer, and there's obviously some sort of intended plot twist that's a trope of these games (just like in Monaco and Hotline Miami), but it doesn't make any sense. I'm not sure whether this is because the story is as ♥♥♥♥♥♥ as the writing or because the English translation is so awful, but I have no idea what the author was trying to say.
So the overall point is: Party Hard is certainly playable and I have seen worse knockoffs of good games, but I don't recommend it. I don't think you should support a developer who disrespects their customers by selling them a buggy and terribly written game, both of which could have easily been corrected with a minimum effort. 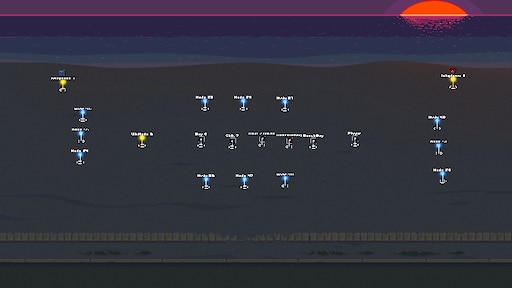 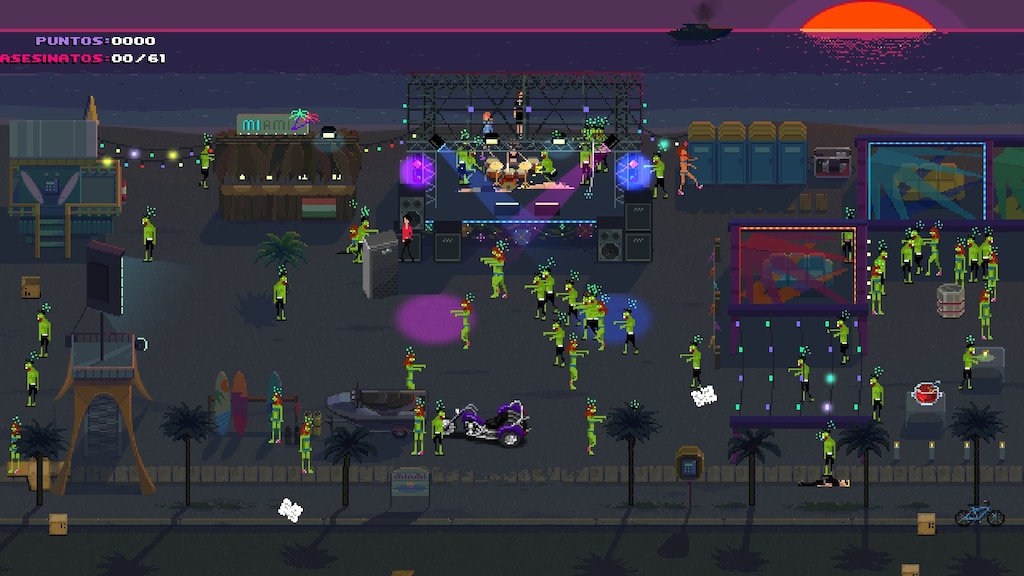 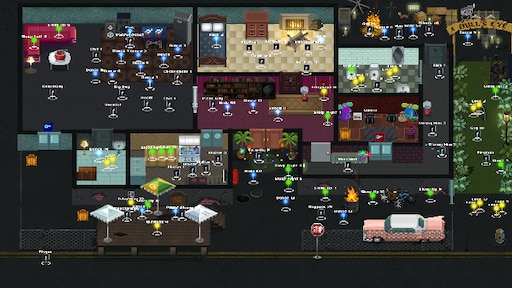 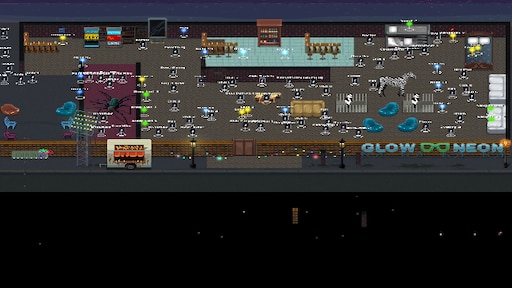 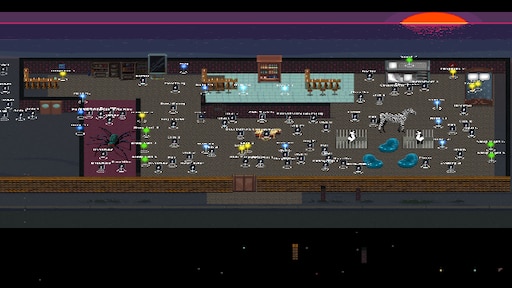 bunchrichard5
View Steam Workshop items
Can't open the game
Hello, ive got a problem.. I cant open the game. One time I played and I downloaded a workshop map, after that my game lagged so I closed it, but i could not open it again. I can open it, but when I do, there is only a black screen. Any help, advice?
6

Maťej
Jun 7 @ 11:21am
General Discussions
No one has rated this review as helpful yet

Recommended
5.9 hrs on record
This game was oddly a lot of fun, it's strategy to kill everyone. Quite fun