In a world torn by war and political skirmishes, accept the burden of the Shepherd and fight human darkness to protect your world from Malevolence and reunite humans and Seraphim.
$49.99
Visit the Store Page
Most popular community and official content for the past week.  (?)
Tales of Zestiria "Fix" - v 1.8.5 [Disable Broadcasting Bypass] - (4/27/17)
Please refer to this post instead: http://steamcommunity.com/groups/SpecialK_Mods/discussions/5/2741975115064741602/
4,846

Tales of Zestiria 100% Achievement Guide
Hopefully this guide doesn't put you to sleep as well as Lailah puts Rose to sleep talking about Fusion.
600 ratings 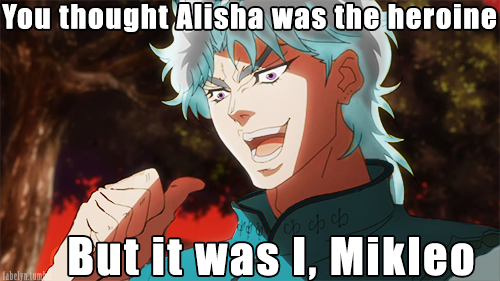 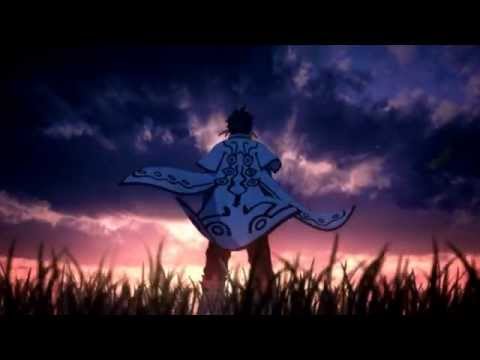 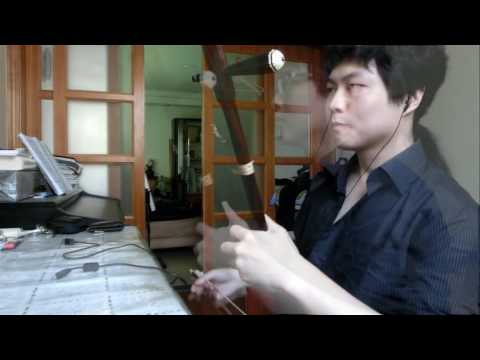 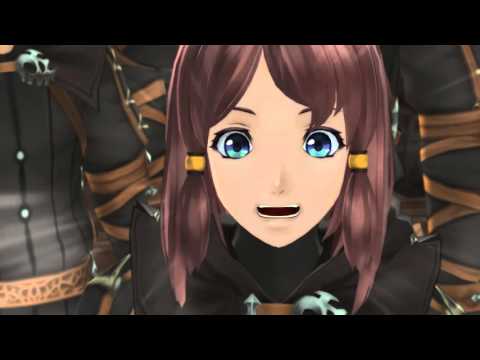 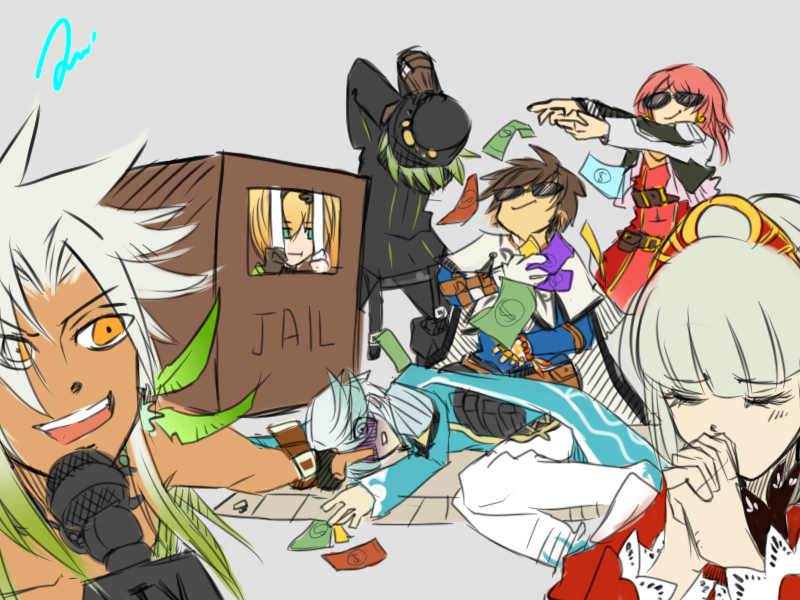 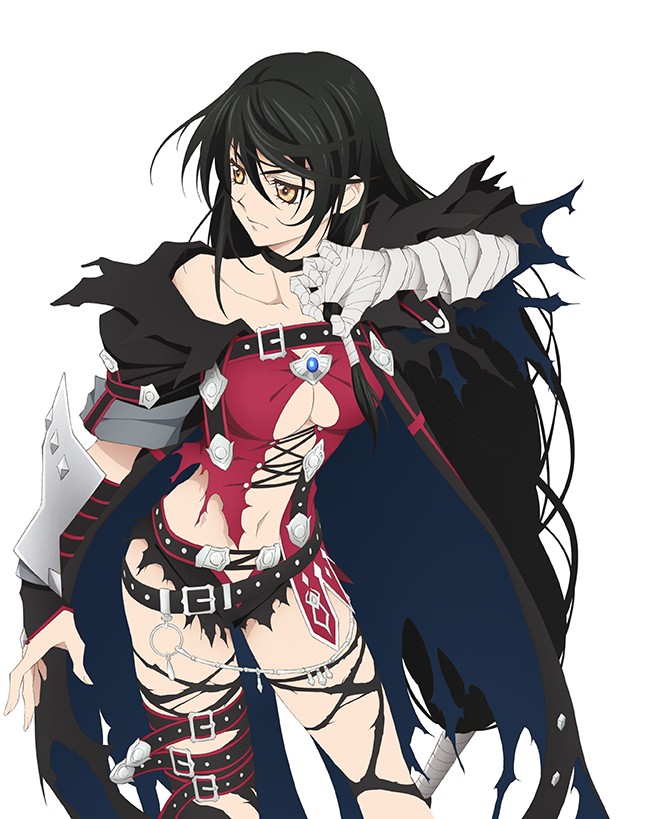 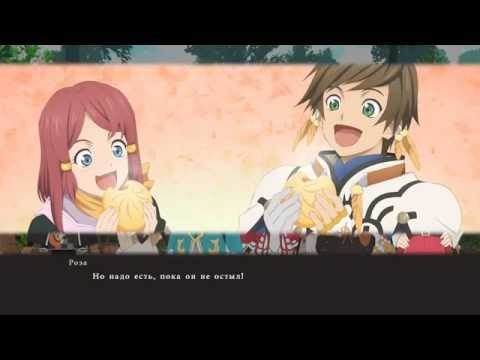 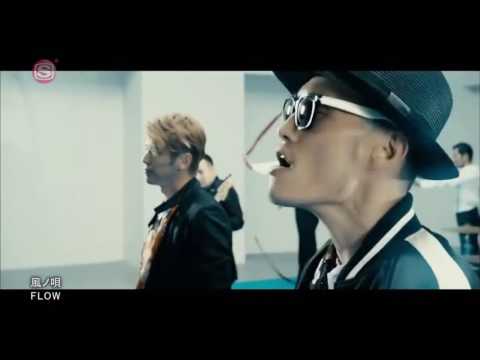 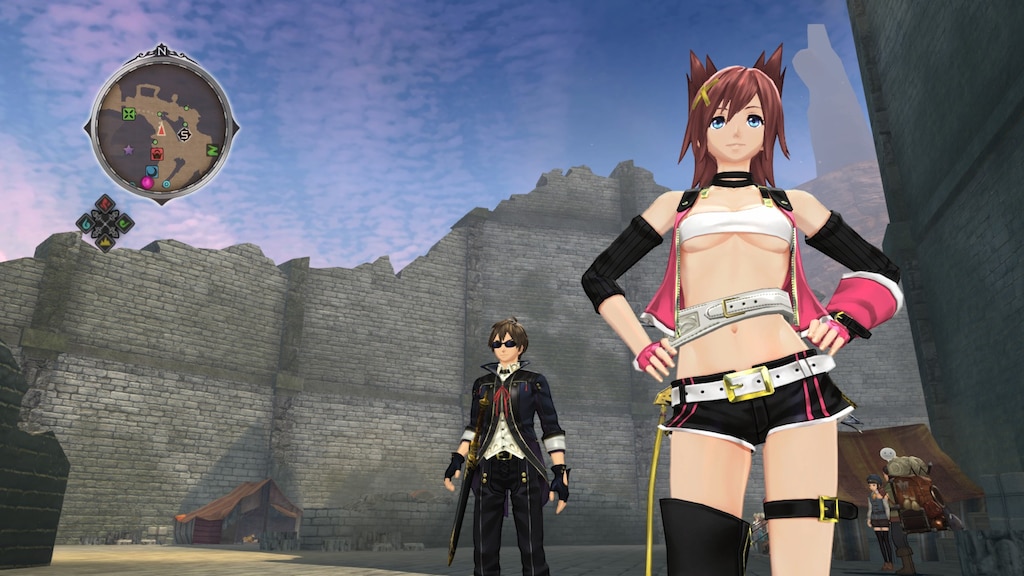 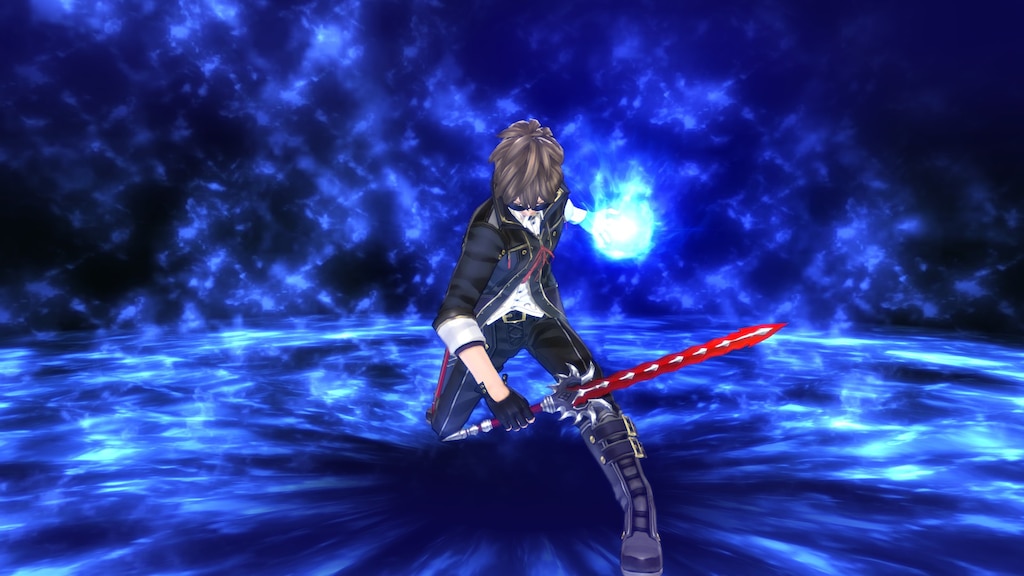 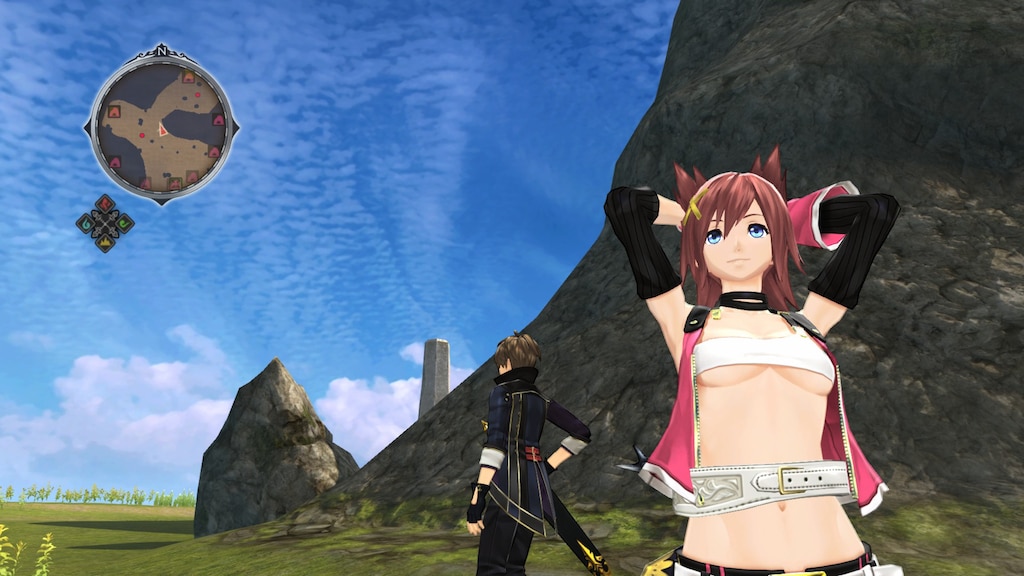 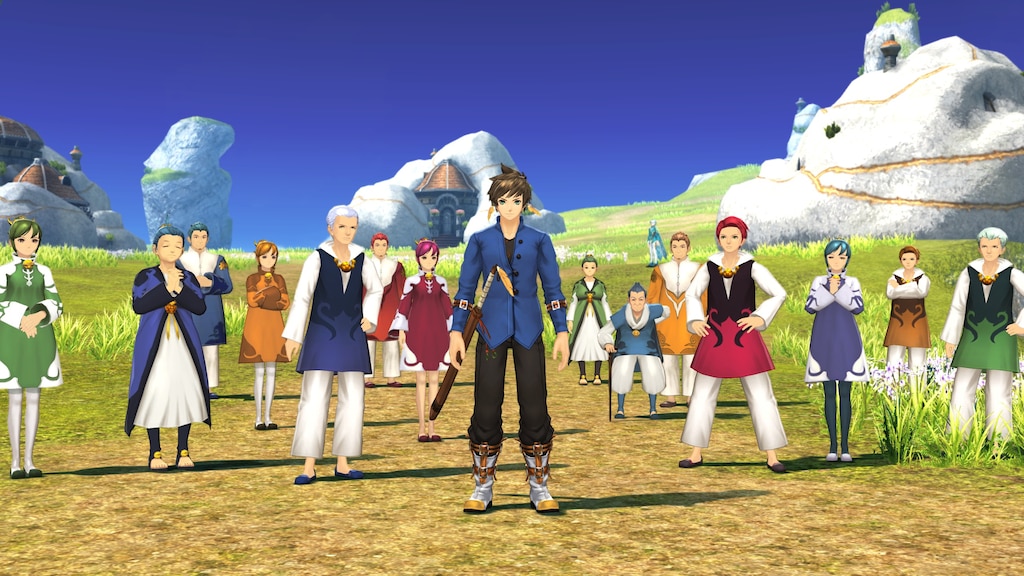 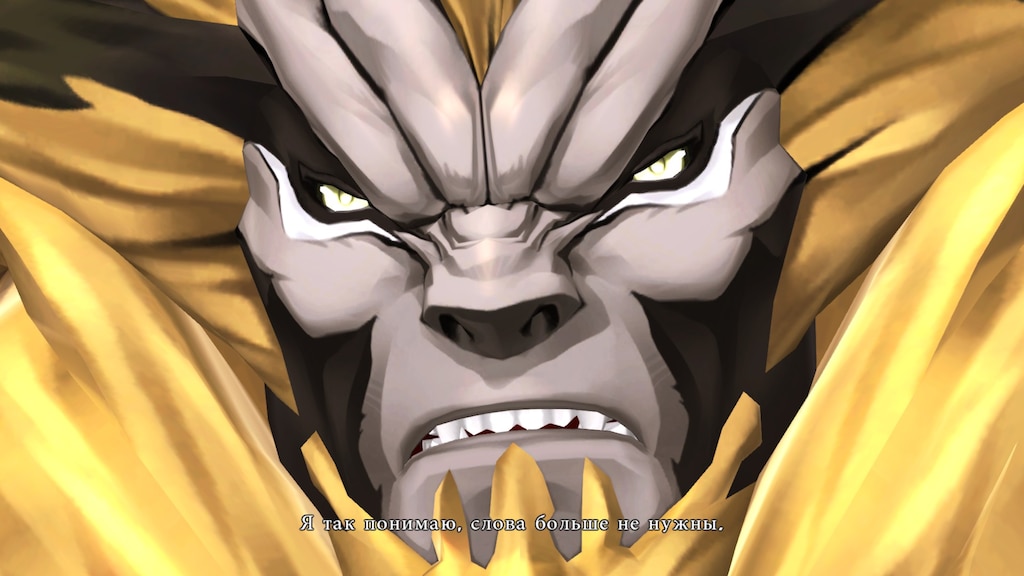 Undead
View screenshots
End of first playthrough
I beat Heldalf and got smoked by the armatized version. Like, two of my allies were dead in 5 seconds, and the third was on life support. I haven't done much fusing, so I can probably upgrade my gear without too much difficulty, but I'm also thinking about setting up for my next playthrough. Any advice on what I should be focusing on? Also, when I start making really good gear, any suggestions on what kind of skills to go for?...
1

Soranthalas
11 hours ago
General Discussions
Troubleshooting, Patch Notes, DLC Info
Tip: Press CTRL+F to search this page for your issue. If you don't find it, try going to the section you think it'd be in. It's very unlikely your issue isn't listed. Useful Thread Links [url=http://steamcommunity.com/app/351...
1,309

Crache
Dec 18, 2021 @ 9:12am
General Discussions
fix Tales of Zestiria
I mean this game needs a fresh start ,you guys agree with me and some would agree, maybe the remake should also try and rework the story so it is more like the anime. Perhaps they could add Alisha a main character this time and fix the many plot holes and inconsistencies in this game and tales of zestiria battle system is a mess they should fix the f u c king mess with the battle system...
1

Captian Judas Lowell
11 hours ago
General Discussions
Got bored.
Tried playing this just so I could play Berseria knowing any necessary info about the lore, but I got bored halfway through (around the time you have to find the Pope in Rolance), this is the most bland videogame ever. Am I missing much if I just watch the remaining cutscenes and just skip straight to Berseria? Really can't stand playing this game anymore....
2

Vecchio
Aug 15 @ 3:32pm
General Discussions
No one has rated this review as helpful yet

Recommended
39.4 hrs on record
15 hours and I'm loving most of the games' features. The story and world are quite entertaining, once in a while smaller errands along the main story line can feel dragged out, e.g a five minute non-cinematic cut scene explaining where you should go next (the dialogue lasting much longer than it actually takes to get to point B) but this is only a minor blemish in a grander scheme of lovable characters interlaced with quality world building. Battles are very fun, especially if you exploit mechanics like enemy weaknesses and the dynamic trump card option you're provided with. The English voices are decent in my own opinion, however I believe there is a case for those would usually rather the original Japanese audio. The soundtrack maintains its charm even after hours in the same area and tracks fit their associated locations very well. My one major gripe with the game thus far is how equipment works, more specifically, the forced marraige between skills and equipment. Sometimes you may just wish to use the best piece of armour stat-wise but a significantly weaker piece of equipment may have a better skill or it may even have the ability to confer greater stat increases when paired with certain other pieces of armour. This makes casual min-maxing somewhat of a chore, I believe this is only a subjective transgression however the game harps on about mechanics like weapon fusion and proficiency when in all honesty, the system is particularly intuitive. Overall, a great open-world action rpg so far, worth it, especially if you can catch it on sale.

Not Recommended
7.9 hrs on record
terrible combat and the game is locked to 30fps

Recommended
71.1 hrs on record
I have enjoyed Tales of Zestiria, but it is kind of a mess. Although I have a lot more negative things to say in this review than positive, I did enjoy the game. I did hesitate to make this review positive because the combat and itemization are so terrible. Ultimately it was the character interactions and story that got me through.

The music is spectacular and adds a lot to the immersion and emotional aspects of the game. I like the art style and the anime-style mini-cutscenes. The character interactions are wonderfully entertaining. The characters are expertly written and the voice acting is perfect.

Combat is a significant portion of the game, and it is mostly awful. Combat is too fast to really understand what is going on. Some enemies do powerful attacks that you're meant to dodge, but the controls are not responsive enough. I can't count the number of times I spammed the dodge or defend buttons only to die anyway because the animation of whatever else was happening first has to finish before they will engage the next action. The game wants to be fast paced action style combat but then it does not perform in the necessary way to enable that. The AI controlled characters are dumber than a bowl of soup - they die frequently during boss fights, and the game has the audacity to penalize my combat score when they die - unbelievable. Sometimes the AI characters just run around and do nothing, or stand around and do nothing, or worst of all they'll skip out on killing a near-dead enemy in order to change targets and attack a different one. Lots of abilities can be interrupted. Healing spells are slow to cast and don't recover enough health. The camera is a mess, especially if you're fighting in a hallway or other restricted space. Fighting battles while trying to solve puzzles in every dungeon gets annoying. If you want to load your save during a battle (losing, or accidentally engaged), you cannot call the main menu until you either win or lose - there is no reason I shouldn't be able to call the main menu from combat. Japanese games are the worst when it comes to not properly allowing player control in this regard. The game is locked at 30 FPS, another serious problem that Japanese developers seem to have trouble with. The game suffers for being a console game and for not being elegantly ported to meet PC gamers expectations. I downloaded the mod to unlock the framerate - something that I shouldn't have to do. The aforementioned mod caused the game to crash every time I got an achievement.

Combat gets even more horrible lategame because of increasing difficulty. Specifically, lategame bosses and minibosses have absurd burst damage cabapilities and stun locking. The battle with Phoenix is stupid in that he can stun lock and hit for 7000 damage in the span of a second. I found it unreasonably difficult to try to dodge or heal through it. The friendly duel with Rose & Zaveid on the bridge to Ladylake was absurd. They have 30k health each, and hit really fast for 500 damage. Meanwhile I have 4000 hp each and struggle to hit for 100 damage, and I'm constantly stun-locked from how fast they hit me. Lategame battles give maybe 150 exp while it takes 5000 to gain a level. Lategame enemies routinely have 10000 hp and my attacks only do 50-150 against them.The amount of grinding that is expected is unreasonable. I never really enjoyed the combat to start with, but by the final stretch, I was extremely dissatisfied and not enjoying myself one bit.

Equipment Fusion is a serious mess. There are 50 abilities that items can have, and each piece of equipment has 4 ability slots. You're meant to fuse together 2 items of the same kind in order to get a stronger item with upgraded abilities. It appears that you're expected to grind endlessly to get item drops then fuse them together to be adequately equipped. You're up against the RNG for what items drop, what abilities they have, etc. It is needlessly complicated and I didn't enjoy it one bit. Getting new gear in RPGs is supposed to be part of the fun, but this system was a horrible chore. The difficulty of using this system may have contributed to my characters being weak and thus to my frustration with combat towards the end. The ultimate weapons are low-stat garbage that never get stronger - the only advantage of them is that they can fuse with any other same-kind weapon without needing to be identical type. This was horribly disappointing to me. I very nearly made this a negative review because the combat and Fusion systems are so much of a chore.

The story starts off a bit thin and convoluted. There were times I was chugging along, following a story thread, when suddenly the plot takes a left turn to crazytown and now I don't know where I am, how I got there, or what I'm doing. It develops a bit better towards the end.

There are points in the first half of the game where I became frustrated because I was not allowed to backtrack to previous locations and finish up my exploring. I'd go through a story segment and find that the previous areas were locked off and I wasn't allowed to go back for like 15 hours of further progressing the story, and by that time I had forgotten what I needed to finish exploring. The story introduced me to a dozen new places before I was finished with the preceding ones. The pacing in the first half of the game is just awful, and terribly frustrating. There was absolutely no reason to forbid me from being able to backtrack other than to irritate me. There's also a dungeon that you can't access until after you've beaten the final boss. This was truly a bizarre design choice and having beaten the main story and with my frustrations with the combat system, I was too discouraged to finish up this last area.