DARK SOULS™ II: Scholar of the First Sin brings the franchise’s renowned obscurity & gripping gameplay to a new level. Join the dark journey and experience overwhelming enemy encounters, diabolical hazards, and unrelenting challenge.
$39.99
Visit the Store Page
Most popular community and official content for the past week.  (?)
Can you get 2x times same trade soul item in the same NG?
This is my first DS2 run and decided to re-spec my stats and play 2x blue smelter greatsword power stance. I used bonfire ascetic at Iron passage to kill Blue Demon a second time but will I be able to trade it again with Ornifex? If yes can someone Help me beat this, I have troubles with this boss, I am souls memory (1 381 300)...
31

Recommended
57.7 hrs on record
Dark soul 2 scholar of the first sin ,I just got it recently during a Steam sale. Its my first souls game and its been fantastic so far.
I got beaten 10+ time just to get on the First area but it gets easier in time one thing for sure though i died a lot in the game as a first time soul gamer but this game carried me at it's very end
Surely i will play one more walkthrough or NG+/NG++
and i didn't even felt booring for a little.
By the time i am writting this review i only beated the base game not the dlc's because of my low level,it's said that dlcs are harder than the base game.
One tip beat the dlc after the main game or just before the final boss "In throne of want"{ May be you will get a extra boss to defeat if you do so }
Main Game->Crown of sunken king {Bluck gulch} -> Crown of old iron king {Iron keep} -> Crown of old ivory king {shrine of winter}

I must say getting the keybindings down on keyboard/mouse is a hassle and combat takes some getting used to because it feels like theres some sort of a restriction on movement in general.
but you are good to go with controller and i would suggest to
play with controller
it will make your life easyier.

In addition you have majula which is home. you get to watch the curse destroy the people you love.
Still good fun all things considered.
Note:-
If you need guide watch his vedio Youtube playlist 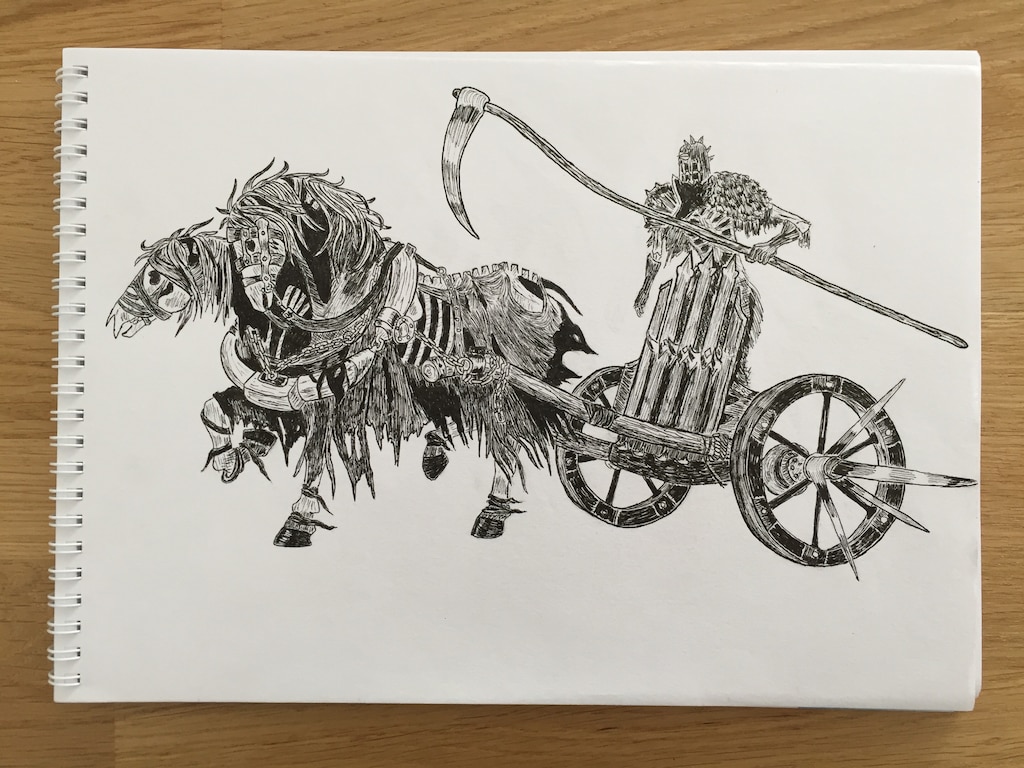 Recommended
212.4 hrs on record
Dark Souls II is an excellent game that manages to be attractive and extremely competent, indispensable for the collection of fans of action RPGs. It is a game that lives up to its demands, offering a memorable adventure.

Everyone who plays it will be rewarded for the fantastic experience. The game is beautiful, exciting, mysterious, fun and extremely challenging, promoting a distressing experience but rewarding at the same time for the most persistent players. 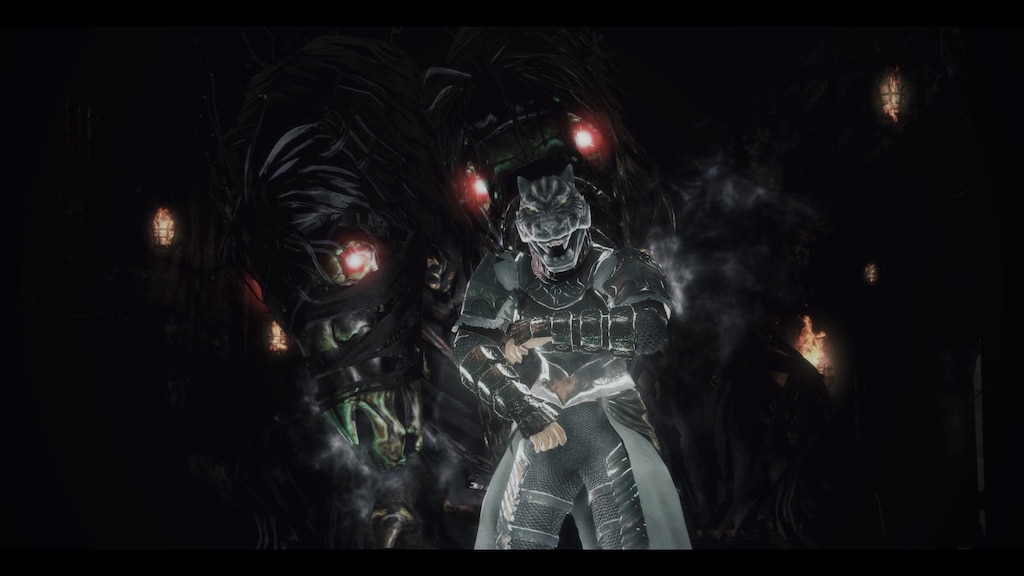 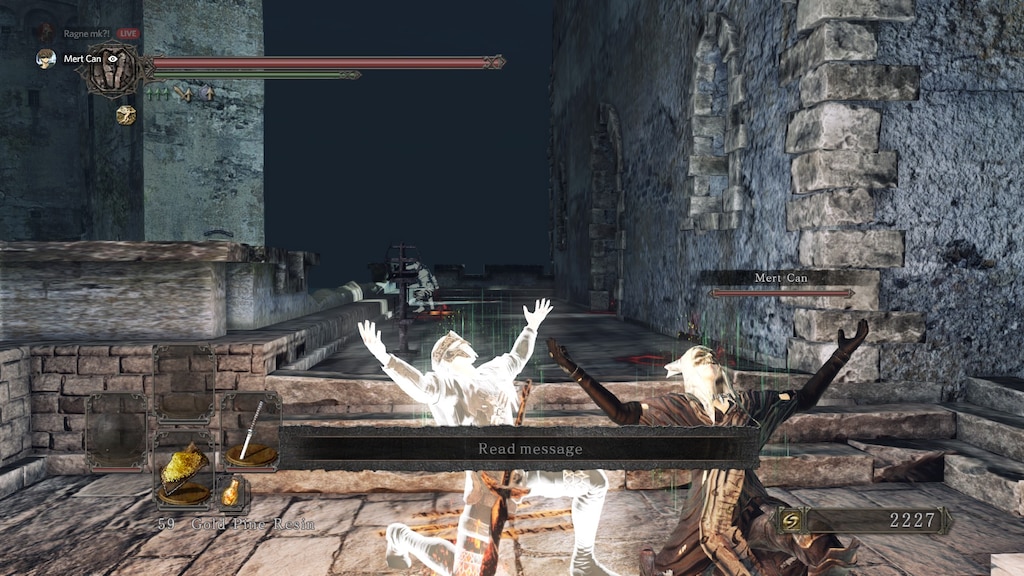 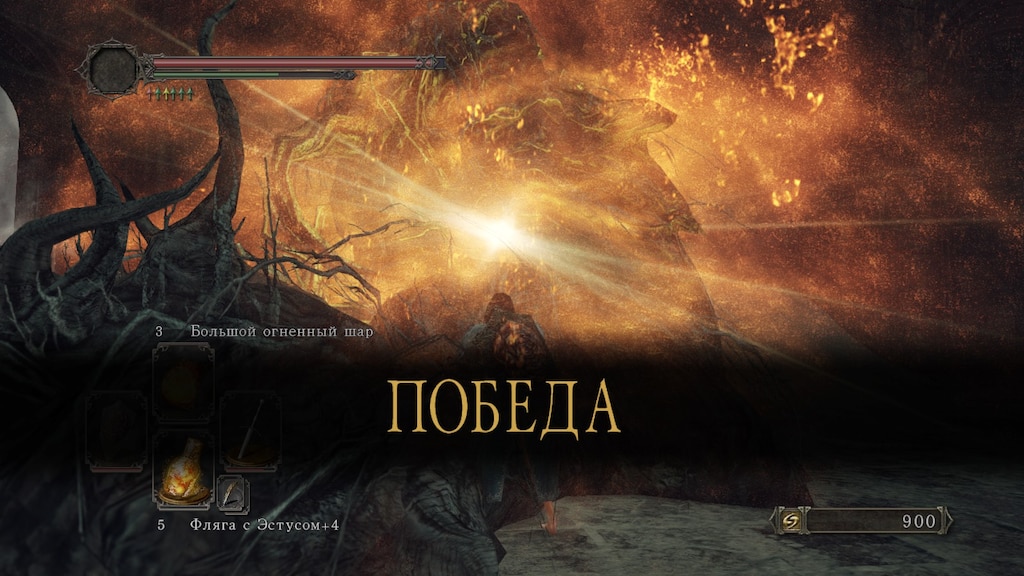 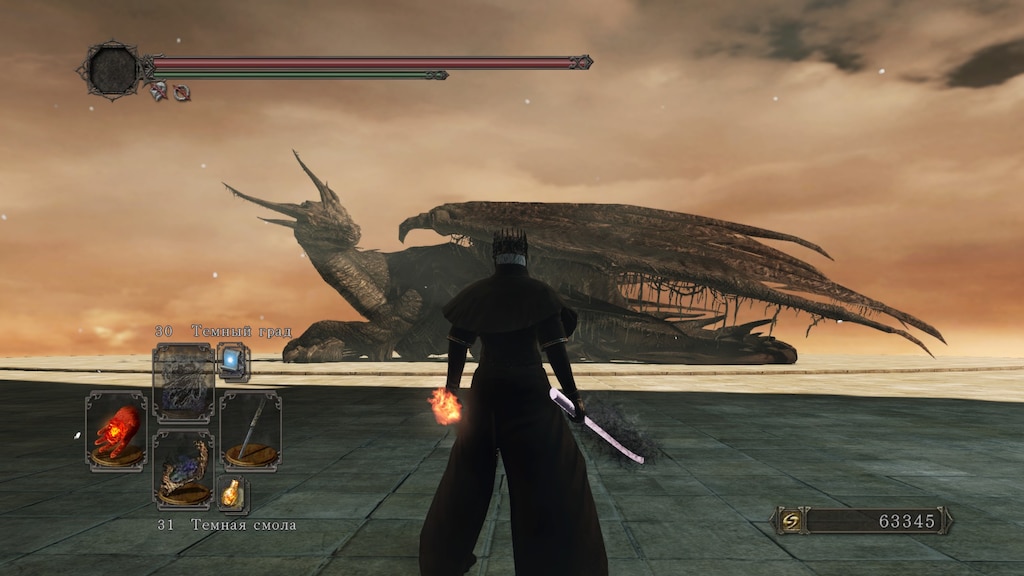 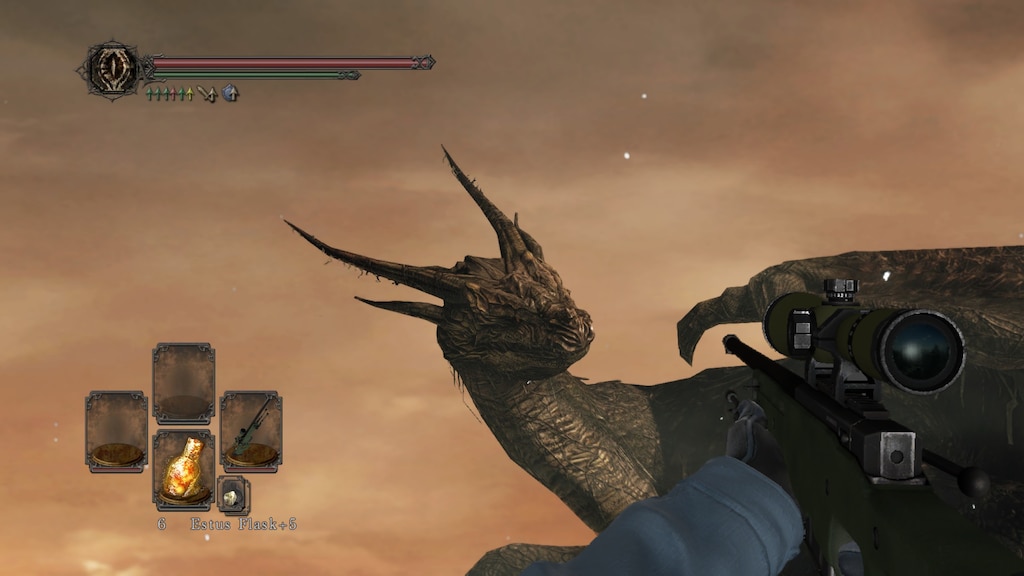 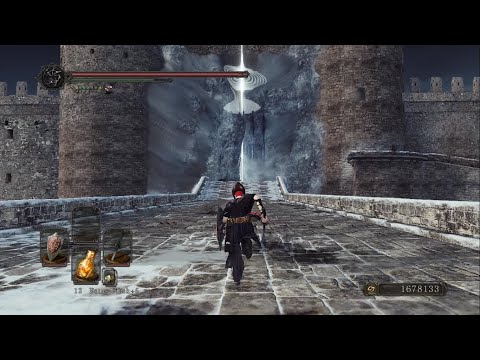 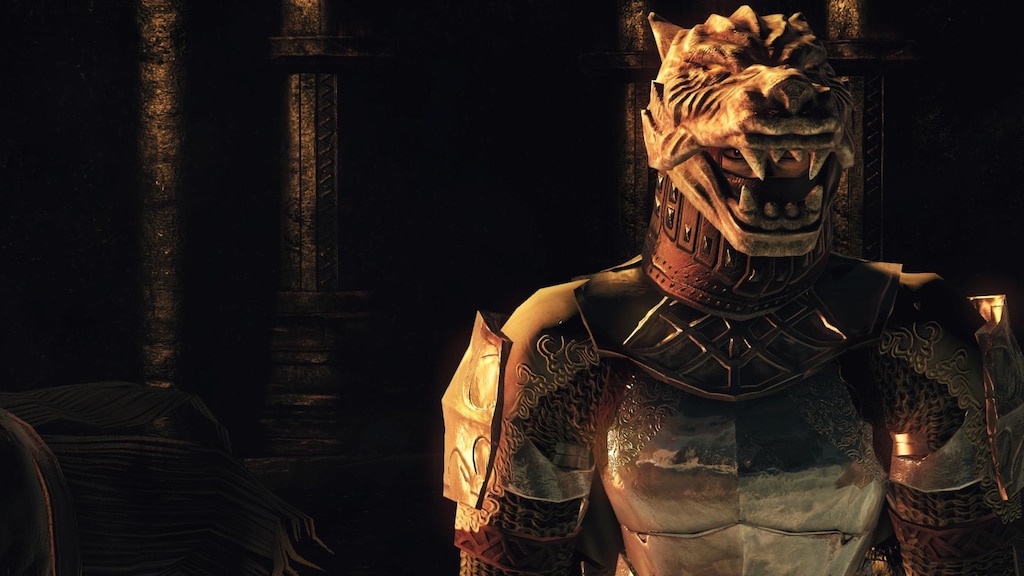 Recommended
53.7 hrs on record
Dark Souls 2: Scholar of the First Sin. A game developed by FromSoftware Inc and published by BANDAI NAMCO Entertainment.

It's no secret how deeply and passionately i adore the Soulsborne franchise, I talk about them frequently, I reminisce constantly and i eagerly anticipate the next game in the genre by these developers. So i am happily sitting here drawing out this introduction for you, for possibly one of the greatest experiences in gaming. Ladies and Gentlemen...
DARK SOULS 2.

Story 9/10
The Soulsborne games are notoriously underwhelming with the amount of apparent story line, the true story often lies in the unseen, in the abstract of the world, in the subtle wisps of information drip fed to you through the flavour text of items or through the intricate layout of the map. Dark Souls 2 is probably one of, if not the ONLY exception to the rule. While there is still an exceptional amount of story detail present in the world and for you to discover and decipher for yourself as you play, it is the single game of the series that provides a rather dramatic and beautifully rendered apparent story. The world is crumbling, and has come to an impasse that the cycle of Light and Dark may never end. Without spoiling anything, the game unfolds rather rapidly as you begin to unfurl it and it rapidly becomes apparent you are a figure of great promise in a world that has lost its hope.

Gameplay 8/10
World Design: World design is extremely important in games of this style, where both story and strategy have to combine into perfect synchronicity. Where fundamental gameplay mechanics push you to over come disadvantage and turn it into advantage, and push ever forward toward victory. Dark Souls 2 executes this perfectly, Although some of the level designs feel almost TOO abstract from story being told, it does an excellent job being a perfect jungle gym to test your skills on.
+ Combat/Weaponry: A soulsborne game wouldn't be a soulsborne game without this fundamental gameplay mechanic, the combat. The combat in Dark Souls 2 has improved upon the formula of the original game, you will immediately notice the different in how the game plays, It's significantly smoother and already faster than the original game ever was. On top of the updated mechanics and smoothing of controls, they have both updated the weaponry list adding both fan favourites from the original as well as a few new ones to keep the game interesting.
+ Enemy Variety: Almost as important as the movement and the combat is the enemy variety, nobody wants to jump into the world where the last enemy is the only enemy and the challenge is over immediately. Dark Souls will never be like that. This game has a tremendous amount of enemy variations to keep you guessing every fight, if its not different enemies, its different quantities or discovering a different move they have.
+ Online: Online and multiplayer in Dark Souls is a very common occurrence, another one of those "Make peace with it early, or struggle with it till the end" type of deals. The online community is actually majority really good people, with mostly helpful remarks, comments and will fight you fairly. However, there are and always will be exceptions to this rule.
+ Bosses: I know i left this to late, as it's almost "Dark Souls" as a whole. But the boss fights. It's hard to create a 2nd game of this genre without repeating mechanics in a boss fight, and keeping it fresh. 3rd if you count Demon Souls. (I'm not) But the boss fights in Dark Souls 2 feel unique and different so that each one is a fresh experience on its own. Every one will bring a new challenge for you to face.
- Health/Dying: Dying is a common occurrence in Dark Souls. Death will happen, and it will come frequently so make friends with the concept. However Dark Souls has updated the mechanic from the original game. In which when you die, your health gets a bite taken out of it and requires an in game item to replenish its true maximum. Now i understand why this happens and its purpose in the game, but if you're already getting destroyed in a fight, losing more health before your next attempt is a relatively massive smack.

Visuals 7/10
Hard for me to admit, Dark Souls 2 still looks pretty decent for its age, however its not great. it looks a little grainy and not as sharp as it could be. Coming straight from Dark Souls Remastered which isn't ALOT better, but still has a crispness that Dark Souls 2 just can't quite scratch. The game is still relatively stunning and has a lot of graphical options which really help boost the experience and make it look more pleasant, On ultra settings it never dropped below 60fps (I fixed it for this review) with my current build. There wasn't any graphical issues or concerns to mention during my time here.

Audio 9/10
Where this game shines flawlessly is its elegantly and expertly executed soundtrack. The music in this game is sorrowful and passionate and i wish i could review it almost entirely on its own because to be honest, it is a wondrous experience to witness. While the music is a flawless master piece, where Dark Souls 2 loses it's point is on the actual sound effects of the game, All weapons have the same clang, every metal armour has the same jingle, The gear doesn't sound unique which is a little depressing, even if it is just a subtle complaint. The overall audio quality here for the background and for the atmosphere, is amazing however and shouldn't be compromised due to the lack of diversity in weaponry and combat sounds. The world feels and sounds alive and feels lived in and i think that is a triumph on its own.

Overall 8/10 "Very Good"
Dark Souls 2 won't win any beauty contests, nor is it going to be announced as the best Soulsborne game ever made. It's my favourite of the series and i can honestly admit that. It is however a beautifully created game that drips with passion and care. The world is touching and beautiful in its own right, and the story is filled to the brim with sorrow and sadness. The world is designed with love and its so easily apparent that its very likely you'll fall in love with this game from the first hour you play it.
Come now, Bearer of the curse. And be one with the dark. 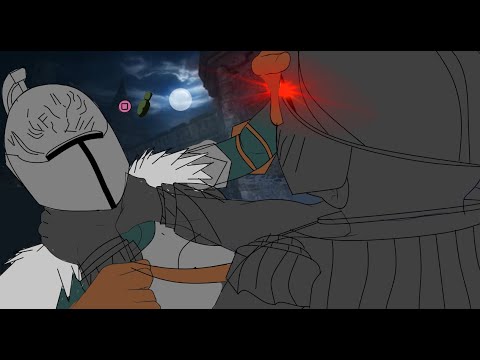 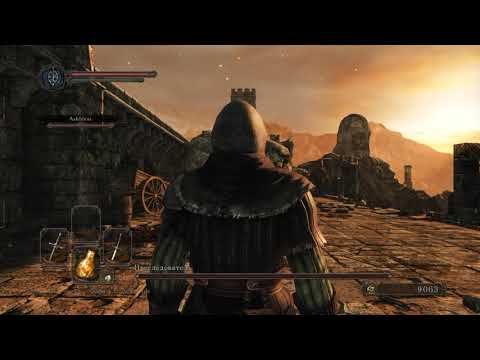 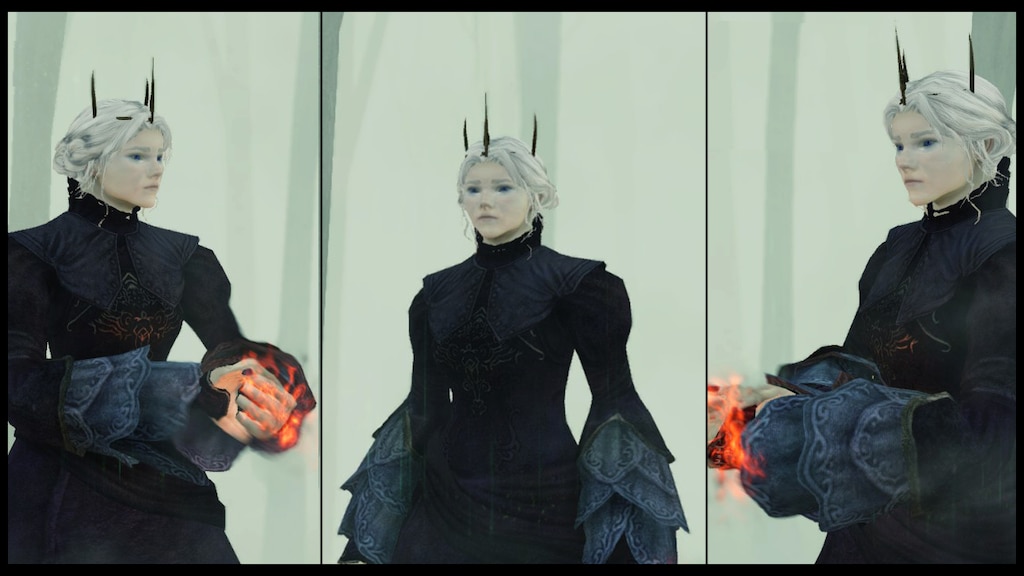 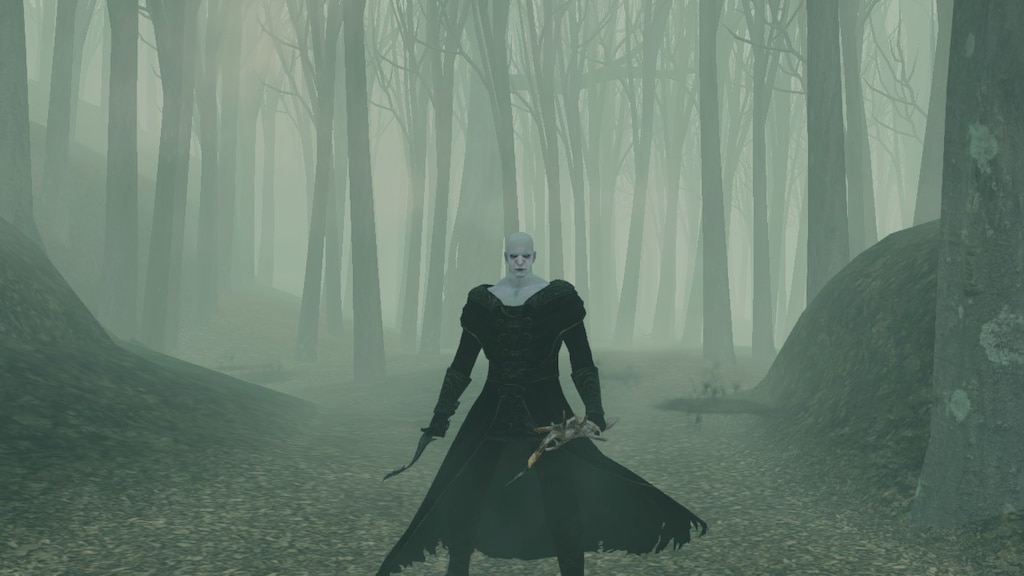 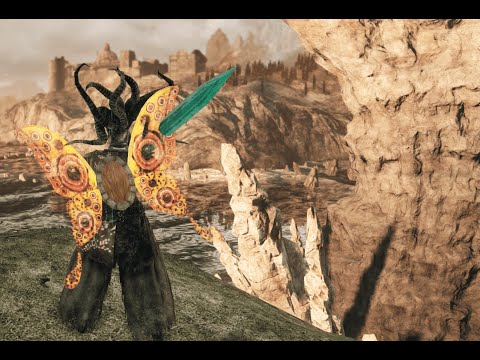 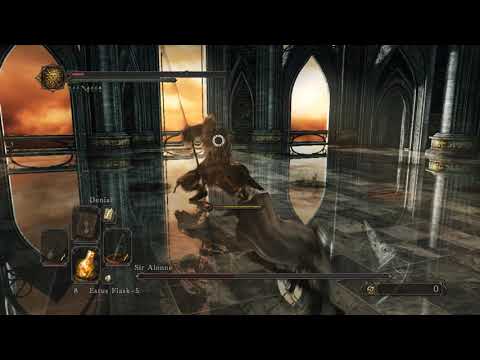 Nakaruta
10 hours ago
General Discussions
no one playing at 1.6mil SM anymore?
I was searching for someone to do pvp either in the brotherhood of blood or blue sentinels, yet i could only found 1 person since five hours ago. I see no summon signs too on my current SM. Is it true that maybe my SM is quite rare for people? or is it something else?...
2

IronBi
3 hours ago
General Discussions
So what's the deal with cheaters these days?
Thinking about returning to the game and wondering if it is advisable to play in offline mode for your savefile safety
22