Zero-K is a Real Time Strategy game set near the end of the universe. Manipulate the terrain, set things on fire, fight epic battles over land, air and sea. Conquer the galaxy, solo or co-op, in over 70 campaign missions. Hop online for tense 1v1 or massive battles with up to 32 players.
Visit the Store Page
Most popular community and official content for the past week.  (?)
Zero-K v1.8.7.0 - Lobster Nerf and Map Bans
Jul 18 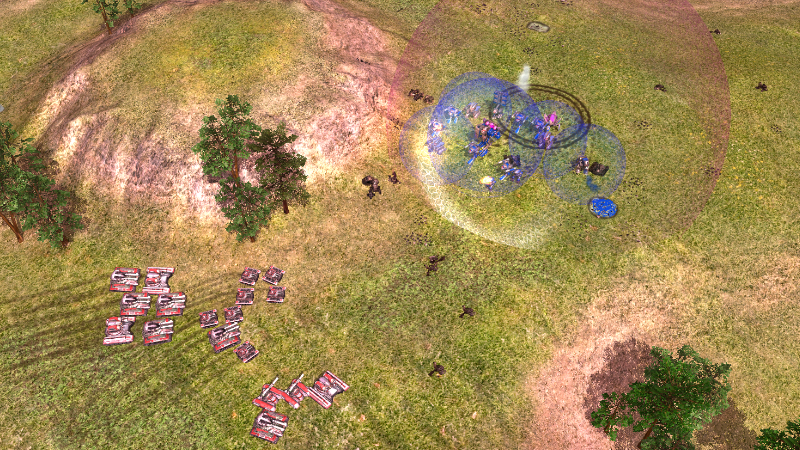 After a bit of a break, we have returned with an update based on much of the feedback from the past month. it has been especially nice to see new contributions on the development side from within the community.

In terms of balance, the Lobster nerf is by far the largest. Now that the launching mechanic is polished and usable it is time to balance the unit around its attributes rather than difficulty of use. The next largest changes are some tweaks to vehicle raiders to account for Bolas and the Kodachi changes.

Two notable infrastructure changes are the addition of personal map bans for the matchmaker and an experimental split of the teams host into clan-balance and non-clan-balance. The campaign also has a few more codex entries and there are numerous fixes to the consistency of the interface.
Balance
Repair costs less time and energy.
Scorcher regains some of its ability to chew through health at close range.
Kodachi is given the Locust treatment to make it less snowbally.
Bolas instantly slows the opponent in fewer matchups.
Duck loses most of the torpedo range it gained in a recent experimental buff.
Scallop has a bit less range now that it need not worry about Ducks
Lobster is due for some basic attribute nerfs now that the launch mechanic has been perfected. These numbers are similar to its initial implementation, prior to the slew of usability improvements.
Disco Rave Party is no longer countered by Funnelweb.
Cloaking has fewer bugs and inconsistencies, and area-cloaking is now worse than personal cloaking.
Previously cloak was disabled for 3.5s by most, but not all, actions. Proximity decloak linger has been broken for a while, causing units to recloak immediately upon an enemy leaving range. Units with personal cloak use the improved numbers even when under an area cloaker.

Other mechanical changes and fixes.
Lobby and Campaign
Interface
Fixes

Zero-K
75
8
how to counter singularity bombers?
friends and i have been absolutely struggling against ai's air. Singularity bombers feels brokenly strong. how do we counter this? like from what we can tell the ai always gets up a singularity bomber by 7 ish minutes and its just become a rush to build artemises. its not fun playing against at all with our current strat, so what do we do?...
4

SupremeLeaderPie
Jul 27 @ 10:50am
General Discussions
Spectator ui?
I have no idea how to use it; I can only view one team's line of sight indicators and I don't know how to view both team's metal/energy at once. Any help?
3

Eonfighter
Aug 4 @ 6:24pm
Help & Bugs
Bug! (no mods vanilla campaign)
so... bassically,after a crash,i come back in the game to see all my campaign progress (9+ hours of progres) gone (except for 2 saves in campaign missions) any way of restoring the progress?
2

cllass1
Aug 4 @ 5:44am
Help & Bugs
game worked perfectly earlier today, now it will not load past 40% lua loading
https://github.com/ZeroK-RTS/CrashReports/issues/30977 heres my crash report. idk what the issue is here will note that my friends and i use a mumble server that occasionally causes the game to crash when you talk during the Lua loading phase. we counteract this by not talking lol, no idea if this is related bought thought i would mention it...
17

SupremeLeaderPie
May 27 @ 8:40am
General Discussions
AFK timer
In multiplayer there's an AFK timer that after a set time turns a player into a spectator and gives all their units to another player. When they come back, they get their units back. All their groupings are gone though. How do I disable this? It's important....
2

Introduction to Unit Classes and Factories
This guide is an introduction to basic unit classes (why one class different that others) and various factories (what factory produces what). This guide aims at starter and newer player, especially those who struggles against Beginner and Novice AI, and tr...
48 ratings

Zero-K Skirmish and Multiplayer Basics
How to preserve the community's faith in humanity as a new player.
37 ratings

Basic Gameplay / Multiplayer Guide
This guide will hopefully help you not become cannon fodder in the first 2 minutes of gameplay and help new players understand and enjoy this little Gem.
31 ratings

Introduction to Basic Economy
This guide is an introduction to basic economy tactic and strategy. This guide aims at starter and newer player, especially those who struggles against Beginner and Novice AI, and trying to improve winning chance against Novice AI.

Anti-Turtle Tactics
What to do against a player that has heavily fortified either their base or a hotly contested area, i.e a particular reoccuring playstyle. 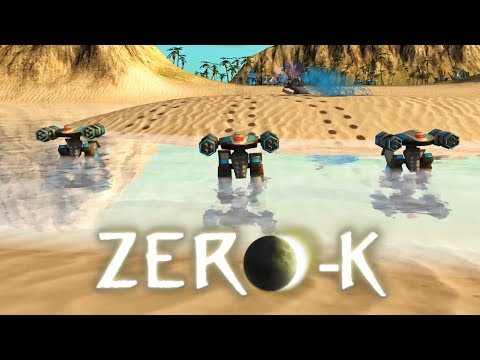 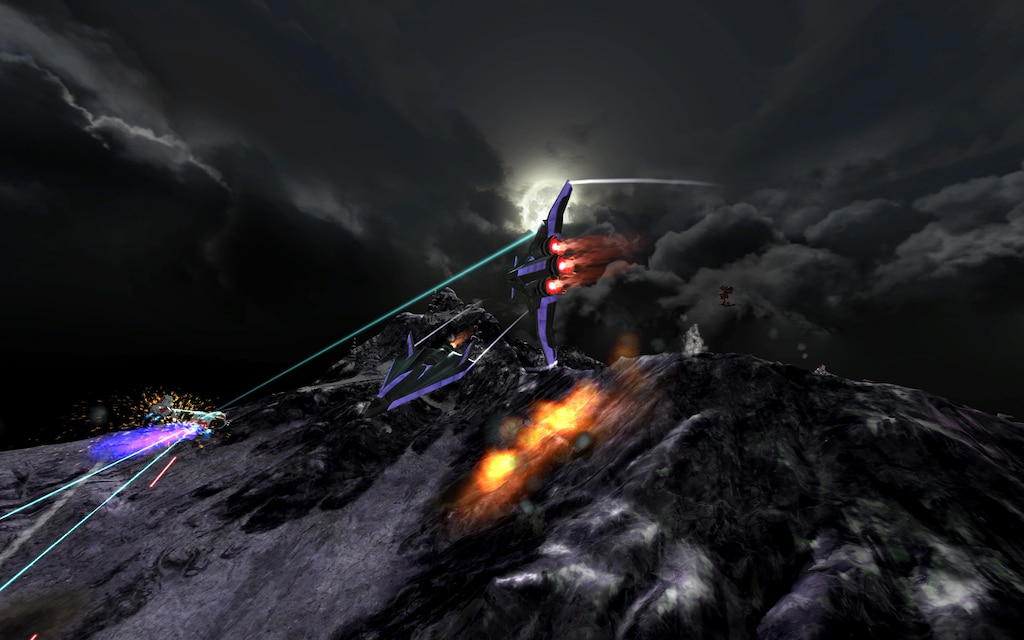 0
1
Dogfight, made during Campaign mission on planet Onsally 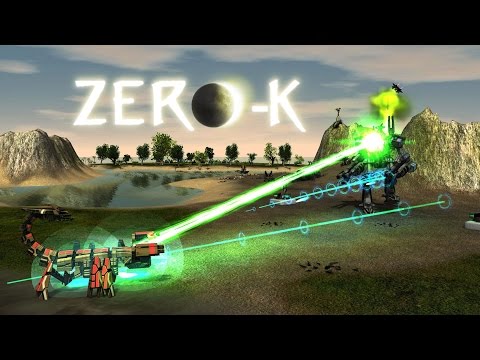 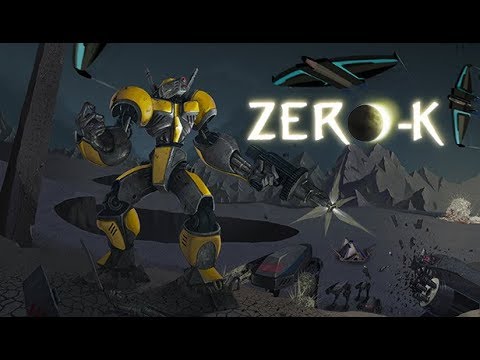 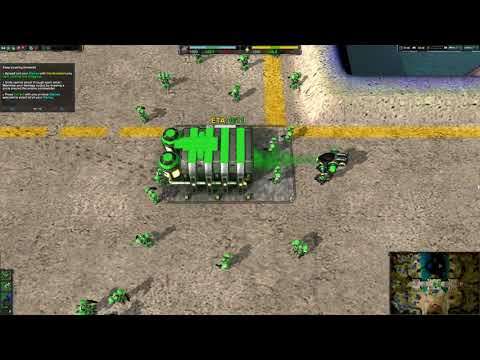 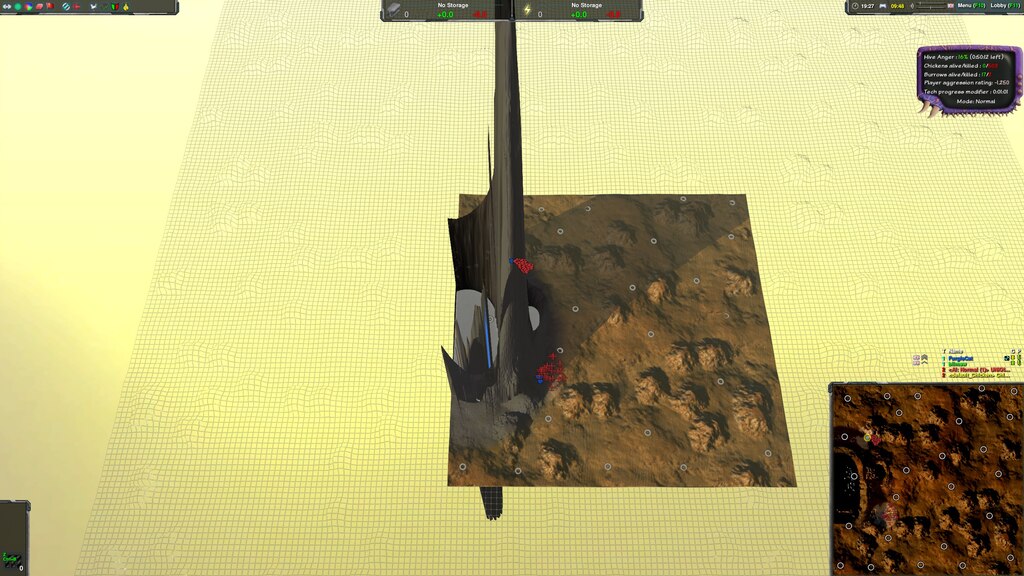 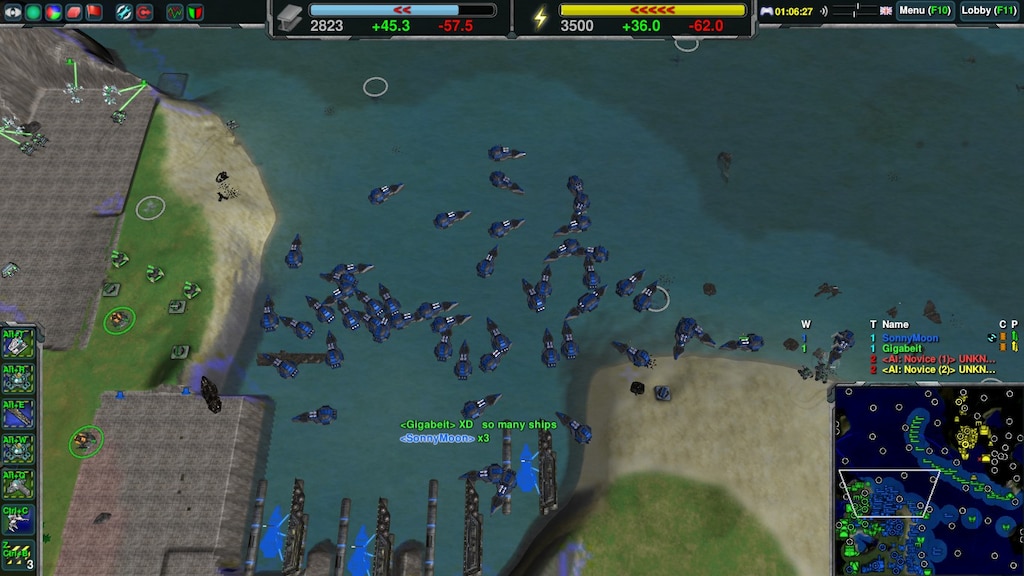 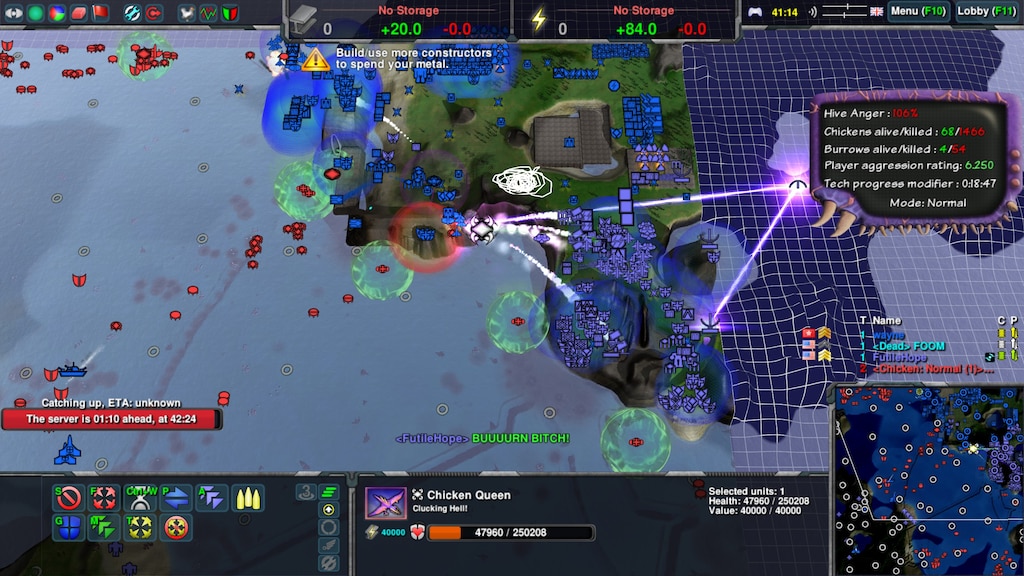 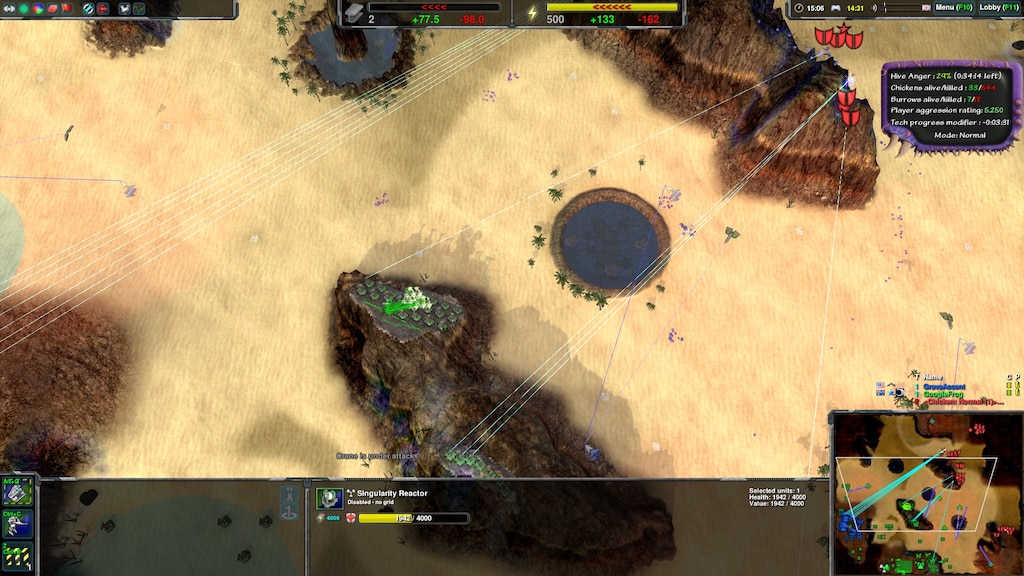 Recommended
45.9 hrs on record
RTS is my favorite genre. It was also the first one I played. I've grown fond of the genre ever since my first game of TA (Total Annihilation). I've been able to test a lot of RTS through the years. Some had good eco, others impressive battlefields, perfectly balanced units, a wide variety of uncommon strategies, Warzone2100 even let you create your own units!
However all of these had defects or were too limited. Zero-k looks back on all that's been done before and succeeds in bringing all their strengths in one game whilst leaving out the downsides. But that's not all! Not only is the game free but it's open-source meaning anyone can easily contribute to it! Be it maps, units, mechanics, graphics, gamemodes or even engine tweaks, the community is involved in every corner of the game. It really shows off. The game is regularly updated and aspect you thought were already perfect become even better. If anyone has ever liked RTS and wants to try, this is the best one I've ever had the chance to experience. Give it a try!

Recommended
16.6 hrs on record
i rember playing a simpler version of this as a child. good memories