SUPERHOT is the first person shooter where time moves only when you move. No regenerating health bars. No conveniently placed ammo drops. It's just you, outnumbered and outgunned, grabbing weapons off fallen enemies to shoot, slice, and maneuver through a hurricane of slow-motion bullets.
$24.99
Visit the Store Page
Most popular community and official content for the past week.  (?)
SUPERHOT Team checking in.
May 12
Long time no see, huh?
We hope you guys are staying safe and healthy.

I’ve been pondering on writing this for some time now, thinking that we owe you guys a sign of life of some sort, that maybe we should let you guys know what’s happening with the studio, with SUPERHOT: MIND CONTROL DELETE, office doggos, SUPERHOT Presents and a bazillion of other projects.
So here it goes - we’re alive and kicking. Let me put my work pyjamas on and let’s go.

Times are weird at the moment for everyone and it’s no different for us. SUPERHOT Team had to adjust to what’s now called “everyday life” and the whole studio went full-on remote. 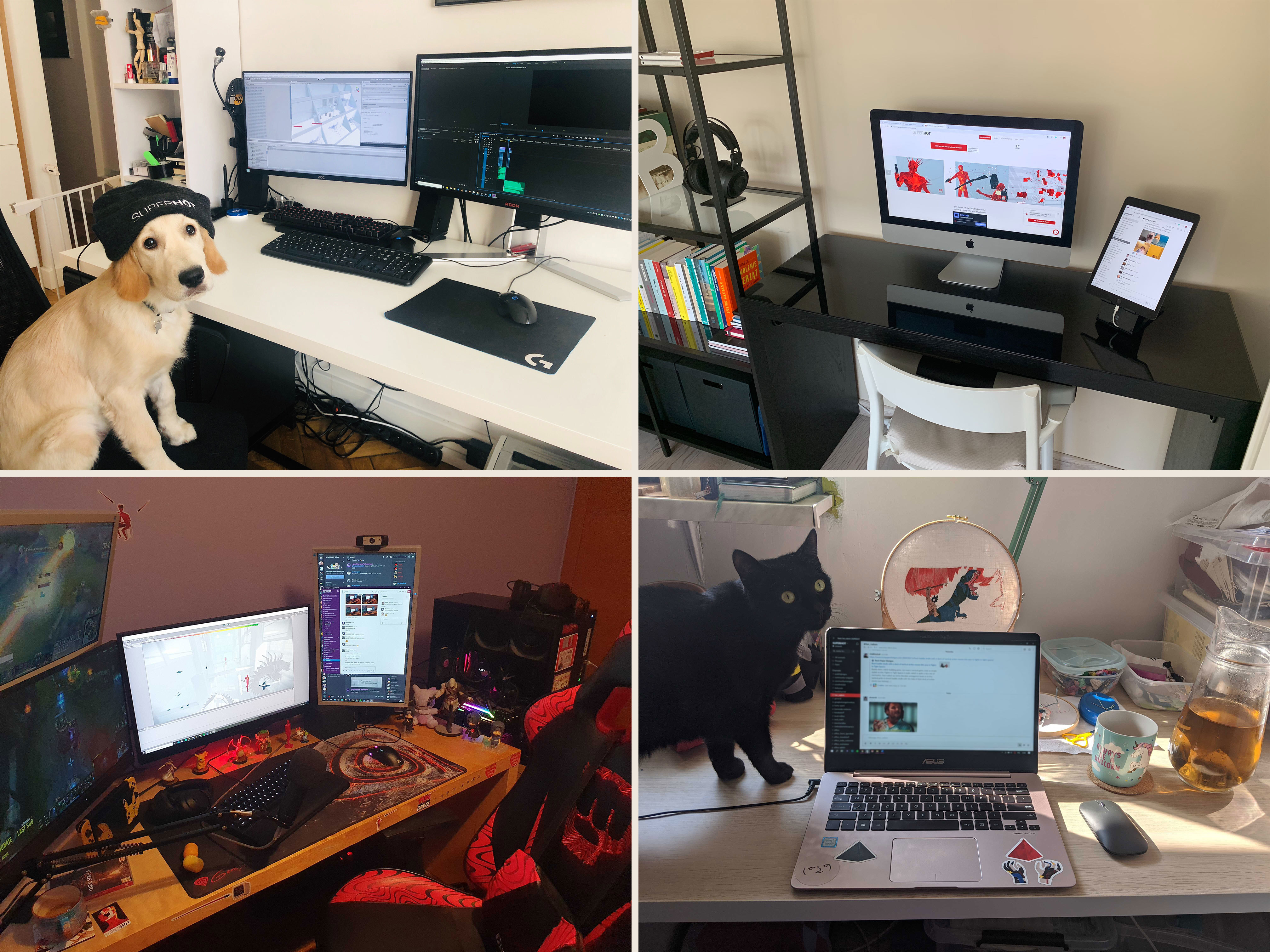 We stole every last bit of toilet paper from the office together with a couple of VR headsets, quite a few vodka bottles, and went into full lockdown mode. There is work to be done, be there virus or any other distraction.

Surprisingly the transition to remote work went quite smoothly. Everyone managed to rearrange their workflow accordingly. We’re doing a little more online meetings. Office parties transformed into online get-togethers. We play a bit more games than usual (for reference purposes…). Additionally, some people are doing actual work.
Technology is awesome, but still - nothing beats old school, face to face interactions.

Work on SUPERHOT: MIND CONTROL DELETE continues. I’d say that we can even see a ray of light at the end of this white concrete tunnel. The end is near (relating to the development, not the world) but I’ve written this so many times I won’t blame you for not believing me ;)
I can’t give you dates or specifics because there is a lot of things connected to releasing a game that are in constant motion. But It’s so damn close. So close.

SUPERHOT Presents helped publish another wonderfully weird game!
https://www.youtube.com/watch?v=lf62lt5QCZ4
Say hi to Procession to Calvary, a hilarious game cooked out of renaissance paintings, Monty Pythonesque humour and a bit of nude men wrestling. It’s outlandish as hell. I love it.
Pro tip: killing everyone might not take you far in this game. It is fun though...

That’s all folks.
Use this time to chill. Maybe beat some SUPERHOT endless high scores.
Stay safe and wash those damn hands.

SUPERHOT 100% Achievements guide
How to get all the achievements in the game.
112
557 ratings 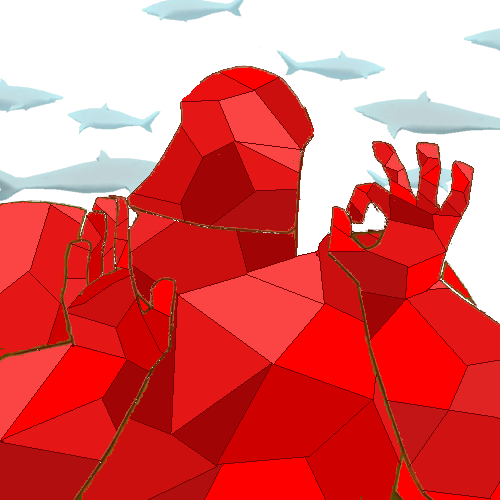 6
Ban
374
When the easter eggs are just right

Levels Cracked!
Picture guide to every hidden computer locations. Every level has a computer except for 99DOG1.lvl, 98DOG2.lvl, 99DOG3.lvl, 22HACKER.lvl, and 34FREE.lvl TIP: Holding Spacebar will slow down time while you're in the air.
64
477 ratings

All SUPERHOT Secret Locations
This is a guide for you to collect all of the secrets on the super hot game, SUPERHOT. AUTHORS NOTE- I would like to make it known, I have stopped supporting and updating this guide. Thanks all for reading and hope you have some SUPER HOT gameplay!
87
219 ratings

Stupid HOT tricks (and stupid HOT tips)
SUPERHOT allows you to do things that you can't do in less innovative shooters. That requires a little creativity or, in my case, dumb luck. Here I'll collect stupid tricks that might help someone someday somehow. Also contains stupid tips.
35
138 ratings 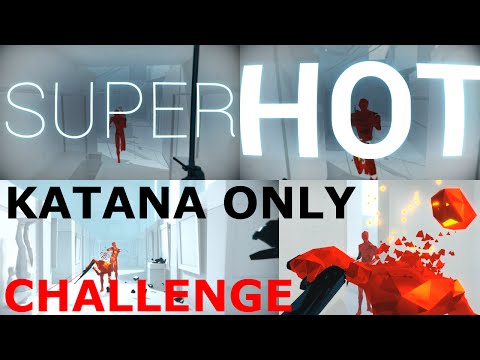 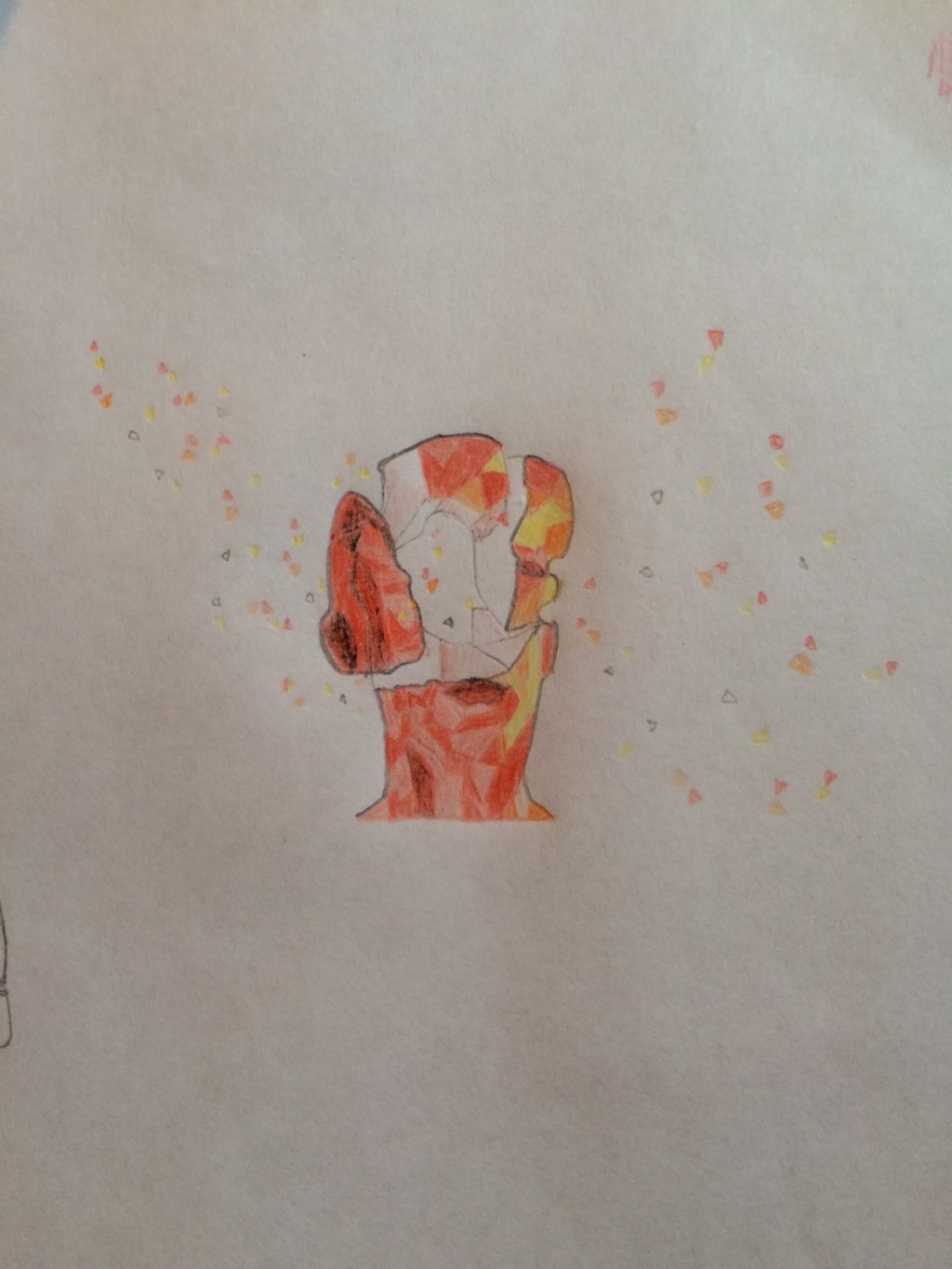 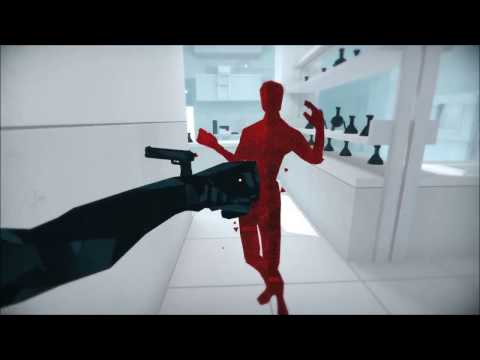 Are you bothered by weird formatting bug in menus?
Can't sleep because you can't upload your badassholyshithowdidhedothat replays to https://superhot.video?
Never again! We have a fix for that! 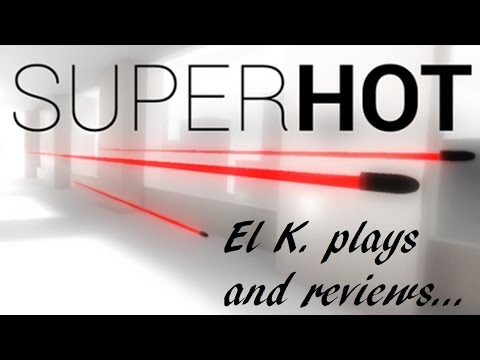 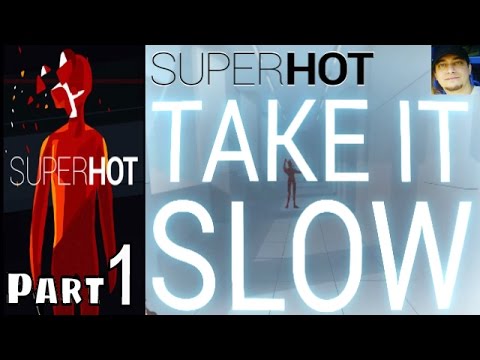 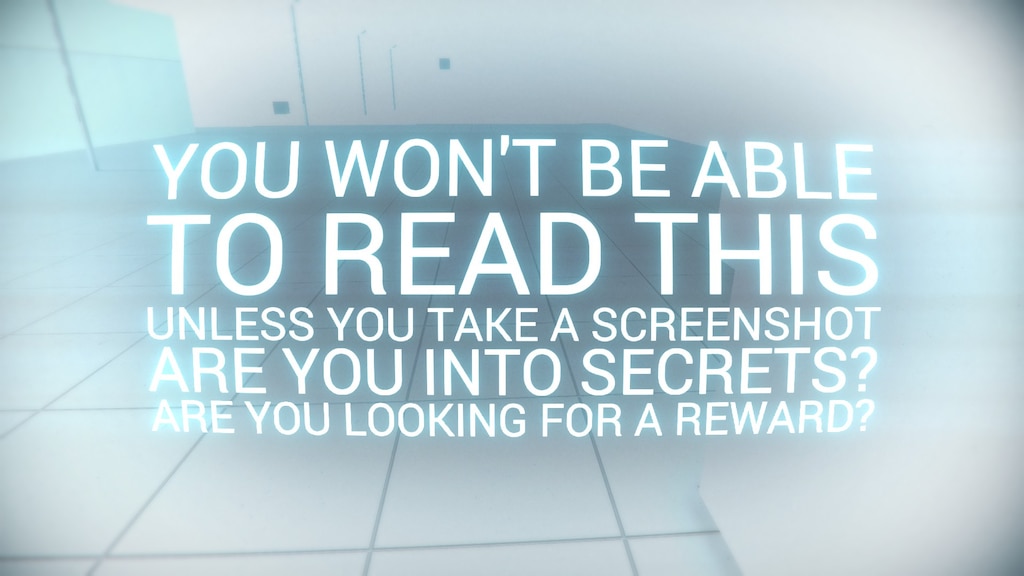 Ice Cream Toast
View screenshots
Error uploading
Hello, I have some problems to upload my video on superhot video portal. Everytime I try I have this message " error uploading". Someone have an idea about this ? Thanks for your help.
26

caillou
May 4 @ 8:30am
General Discussions
Artwork

Recommended
3.6 hrs on record
Superheat is an excellent sandbox/simulator, similar to Totally Accurate Battle Simulator or Besiege, where you have a simple but fun mechanic, and get to play many different variations of it across different levels.
Unfortunately, this simple concept is somewhat ruined by it’s “plot”.
You see, the “campaign” or “plot” of this game, looks like a rip-off of “Pony Island”.
And while in “Pony Island” there was no real gameplay the game can rely on, so instead it relies on a quirky plot/campaign.
In Superheat, you have a really solid gameplay mechanic, which is actually devalued by the quirkiness of it’s campaign.

This game would have been so much better if it had a Portal-style plot, than it’s current Pony Island-style plot…

Recommended
2.0 hrs on record
SUPERHOT is an interesting game, though it definitely feels as though it's more of an artistic piece rather than actually being a full-fledged game on its own. After experiencing the game and discussing it with friends the VR experience for the game sounds like the more definitive experience of the two versions of the game available (I don't have a VR headset to review that one). Superhot's storyline is interesting enough that it kept me curious until the very end, even though the last level of the game had me just wanting the ride to be over.

There are some issues with a lack of color variance as well as not properly conveying the player hitbox size, with both issues leading to a large amount of deaths experienced during my playtime. Difficulty is something quite inconsistent within the game as well, with the difficulty in various levels at times going from easy to hard, and then back to easy within the span of just a few minutes, which is both confusing and irritating.

This review was made possible by the PCGame!t Steam Curator Group.

For this review and others like it, please check out my personal Steam Curator page if you'd like! https://store.steampowered.com/curator/36761101-Miphnificent

- An interesting story. Stories where the character is stuck in the machine have always been interesting to me. Superhot gives just enough of a story hitch as you progress though each level, which kept me hooked long enough for me to continue the game until the end. Story gives me a sort of Coded Arms vibe.

- The Replay System. After you've completed a level you're given a replay of what you did in an almost perfect replay of what happened in real time, rather than showing time slowing down. Having this lends to the overall gameplay as it allows for you to see just how impressive your actions were in real time.

- Endless Mode. Endless mode allows you to continue playing the game indefinitely, allowing for more replayability as the game's a rather short affair otherwise.

- Spawn indicators. Since the game moves time forward at the standard speed when you turn your head around, areas where enemies can spawn will glow in a faint red whenever an enemy is about to appear, which allows for you to easily figure out where they're coming from within an area. Coloration of the spawn indicator could be more vibrant and deep to allow for it to be more easily seen whenever it's not directly on screen, but it's not exactly necessary.

- Lack of color variance. Whilst the white, red, and black color scheme is visually pleasing it doesn't do a whole lot for gameplay when the enemies fire projectiles which are almost completely identical to themselves. Many unfortunate deaths were experienced because of this, as I found myself unable to see when an enemy had fired many times until it was too late.

- Lack of a properly conveyed player hitbox. Most of the time in a shooter you're fully aware of your own personal player hitbox, which is typically helped by allowing the player character to be seen. Superhot unfortunately doesn't do the best job at conveying how large the players hitbox is, resulting in many deaths which typically would not happen if there was a visual representation of your player when you looked down, and if the players viewmodel was actually tied to the characters head rather than their chest.

- Time moves whilst surveying your surroundings. One of the biggest things which helps the player ascertain their situation is the ability to look around, yet in Superhot whilst you're turning the game goes back to full-speed as you look around to survey the environment. From what I've been told this isn't exactly an issue in the VR experience, yet is prevalent in the standard release and can be quite frustrating.

- Projectile movement speeds seem to vary. Whilst playing a level and doing the exact same thing, aiming at the same spot, and with enemies moving in the same way I'd often times find myself firing into the exact same spot as I'd hit the enemy before, only for the bullet to seemingly fly faster or slower than it had originally, causing for confusion as the enemy continued to skulk about the environment. I'm not entirely sure if this is an actual thing or if maybe some very minute detail caused the bullet trajectory to be slightly altered, but I found myself confused by situations such as this on more than one occasion.

Worth $24.99? In my personal opinion, no. Whilst the game is heavily stylized, the price is very steep for what is essentially a 2 hour game unless you decide to play endless mode often.

Closing thoughts: Whilst SUPERHOT is a rather ambitious title which tries to blend slow-motion in with an FPS formula, it seems to have various mechanical issues which lend to the experience being muddled. Experience the game in VR if you want the definitive full experience where everything seemingly works much better, as the standard game is enjoyable, but seems like it lacks in comparison.

Miphnifico!
241 products in account
0
Jump not working, crosshair disappearing.
Seemingly at random, the jump command just won't work. No idea why. Using a controller, which I'm guessing is part of the problem, but for long stretches of the game I can't jump. I thought it was based on what levels I was playing, but replaying the J...
5 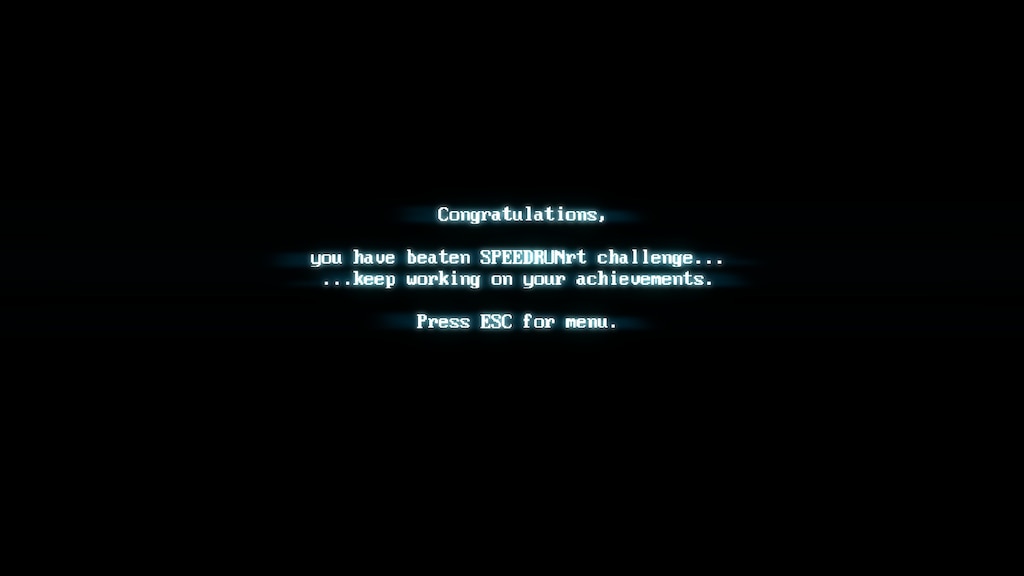 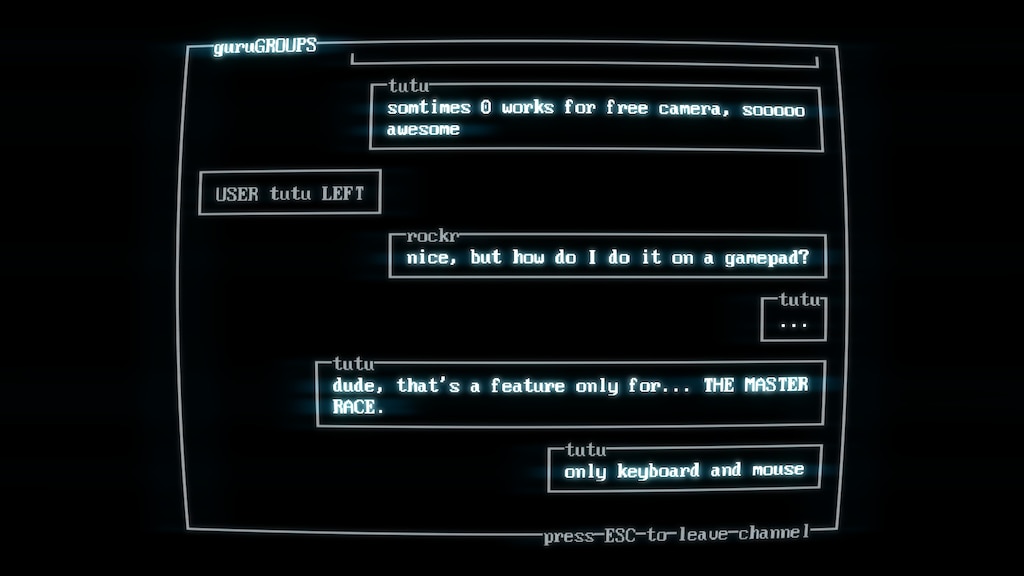 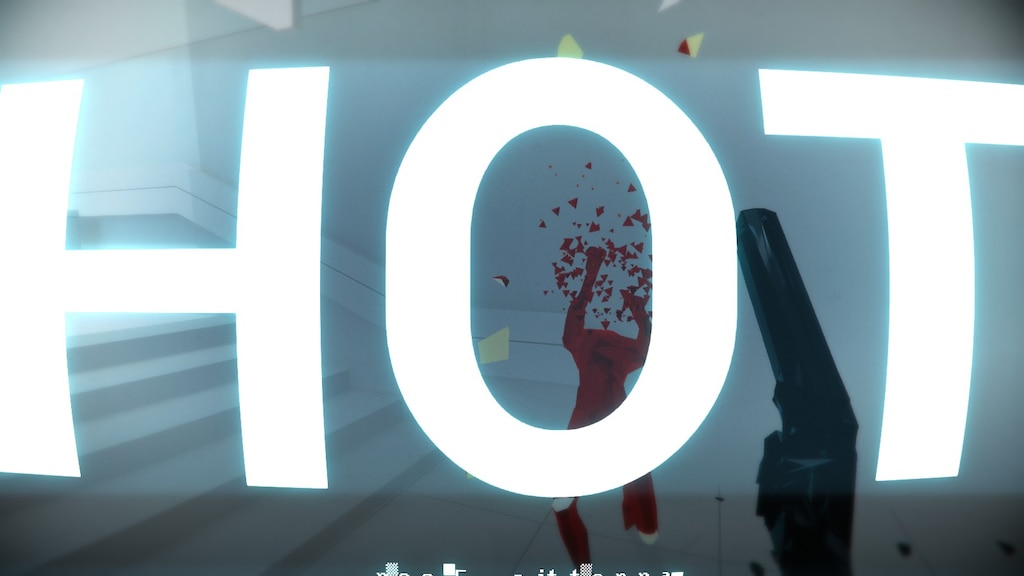 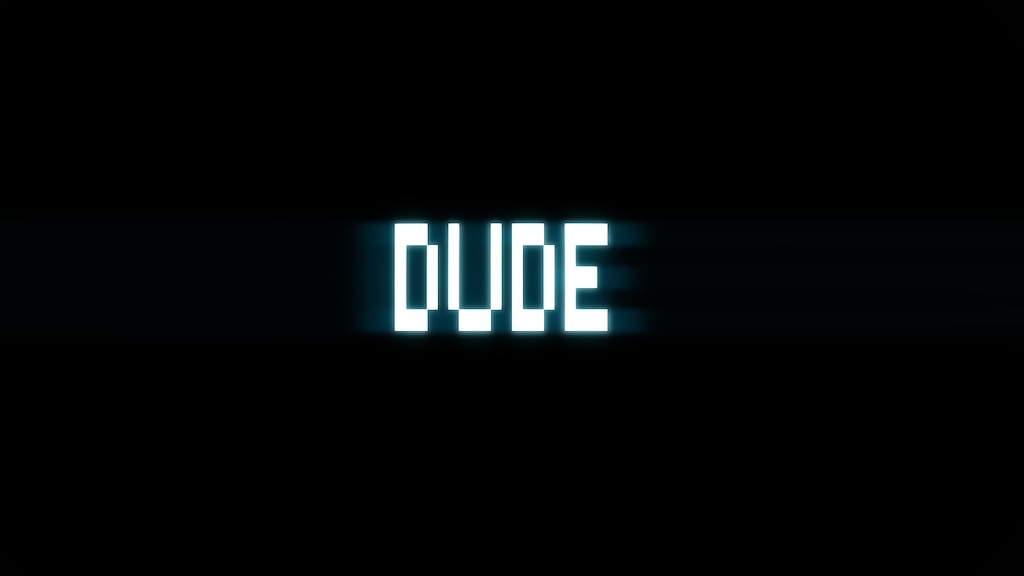 5paceship
May 20 @ 7:08am
General Discussions
Controller buttons changing?
Most of the time jump doesn't work, but the one time it did work, the buttons for both jump and shoot changed to the triggers instead of buffers. Game also references ZL and ZR which I believe are switch controller buttons. I'm using Xbox controller and ...
1