Hunt humans, slay dinosaurs. Become a vicious predator or an elite mercenary, engaging in battles that pit claws and teeth against bullets and bombs! Think fast... or you're extinct!
$12.99
Visit the Store Page
Most popular community and official content for the past week.  (?)
PACHYCEPHALOSAURUS Reveal!
May 7
Today we're giving a sneak peek at what's coming soon to Primal Carnage: Extinction. From exciting new weaponry for the human team to a brand new dinosaur, there's a lot to look forward to!

NEW BLOOD
Before we get to the juicy stuff, we'd just like to extend a warm welcome to anyone jumping into the carnage for the first time this weekend! 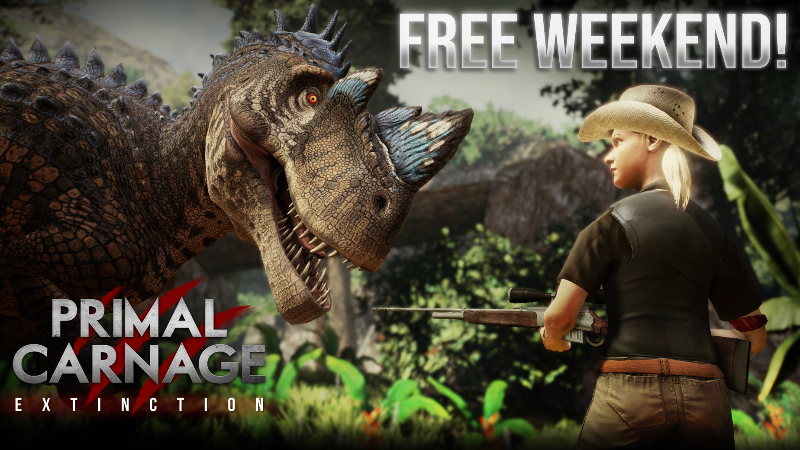 Our free to try event starts today and ends on the 10th - that means for the next few days ANYONE can join in the fun. You can also pick up Extinction for 65% off during this time, tell your friends!

NEW DINOSAUR
We've been teasing[primal-carnage-community.webnode.com] something new is on the horizon the last week or so. Time to make it official.
Pachycephalosaurus is coming to Primal Carnage: Extinction this summer as a new playable class!

Rejected by the Phoenix Genetics Division[primal-carnage-community.webnode.com] for being "uncontrollable", a small handful of specimens managed to escape and survive in the wild. These are not your regular garden variety herbivores, having been genetically engineered to subsist on a diet of meat due to their natural food source being unavailable. They can certainly still digest plant matter, but crave the sustenance of flesh.

Whether they're naturally just mean tempered, or have developed a form of rabies, field reports remain unclear due to infrequent encounters in the wild. One thing is for certain, the mercenary team will have their hands full when they're thrust into combat with these angry armored arrivals this summer! 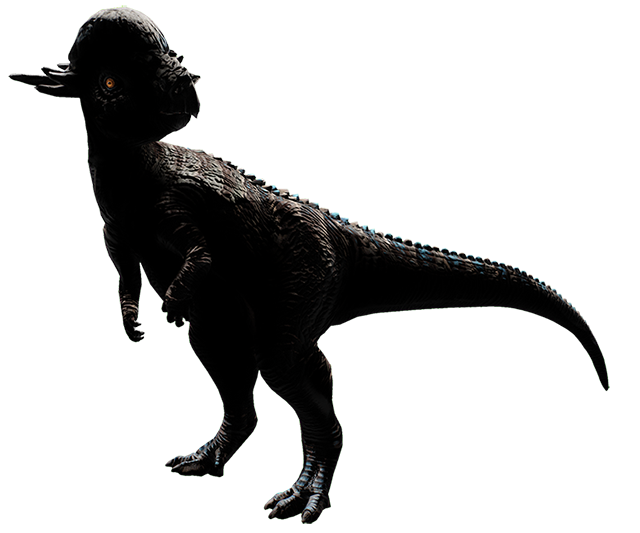 As with our previous class additions, Pachycephalosaurus will be added in a free update to the game, and will be available for everybody to play in every game mode.

We're really excited for this one and can't wait to reveal more about it!
Keep an eye on Twitter, Facebook[www.facebook.com] and Discord [discord.gg]for more on the new Pachy class in the coming weeks. 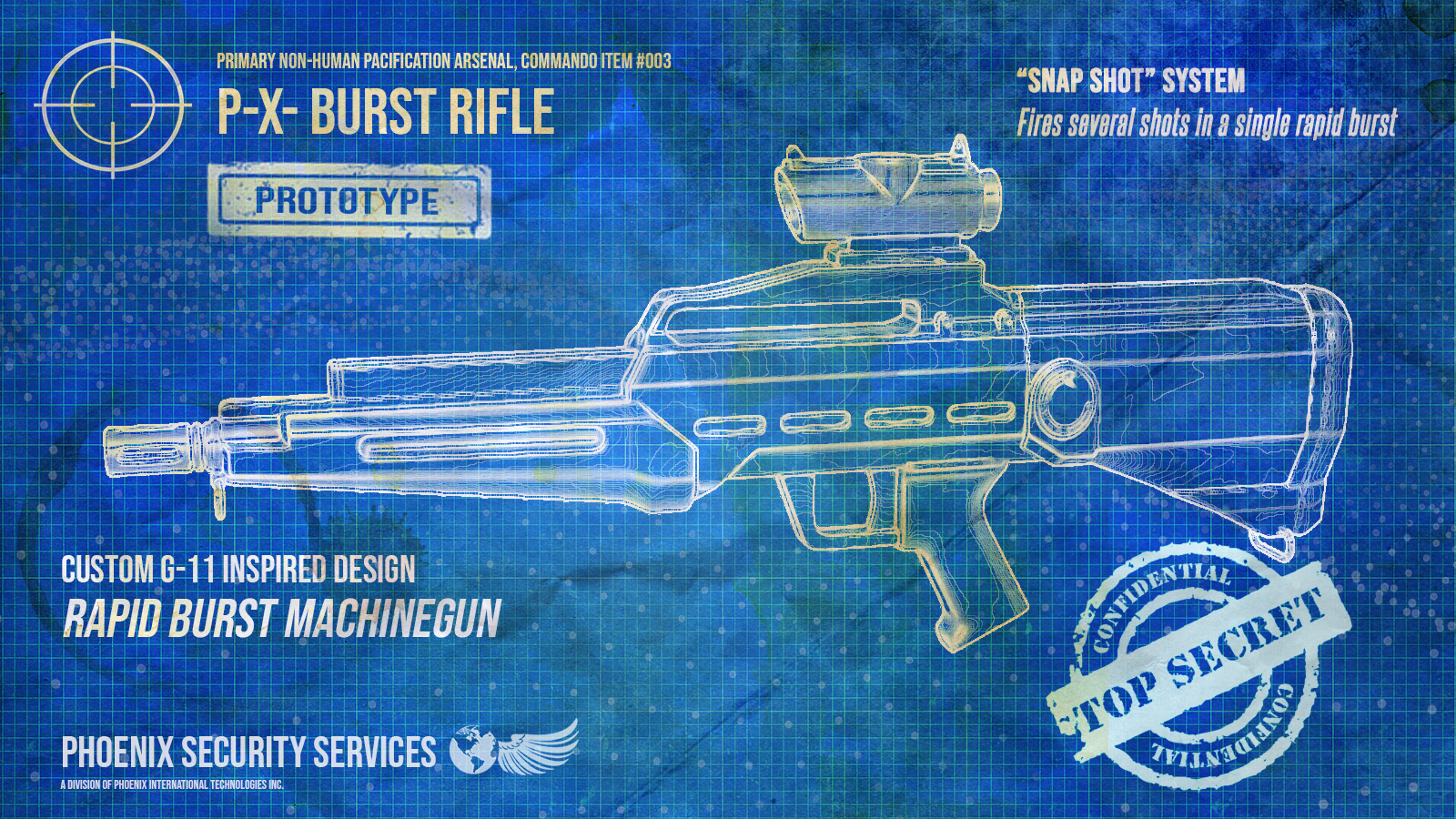 As discovered through this year's community scavenger hunt, the mercenary team will soon be receiving some serious hardware. May-hem will be unleashed next update with the addition of the new Burst Rifle for Commando and the versatile Compound Bow for Scientist... 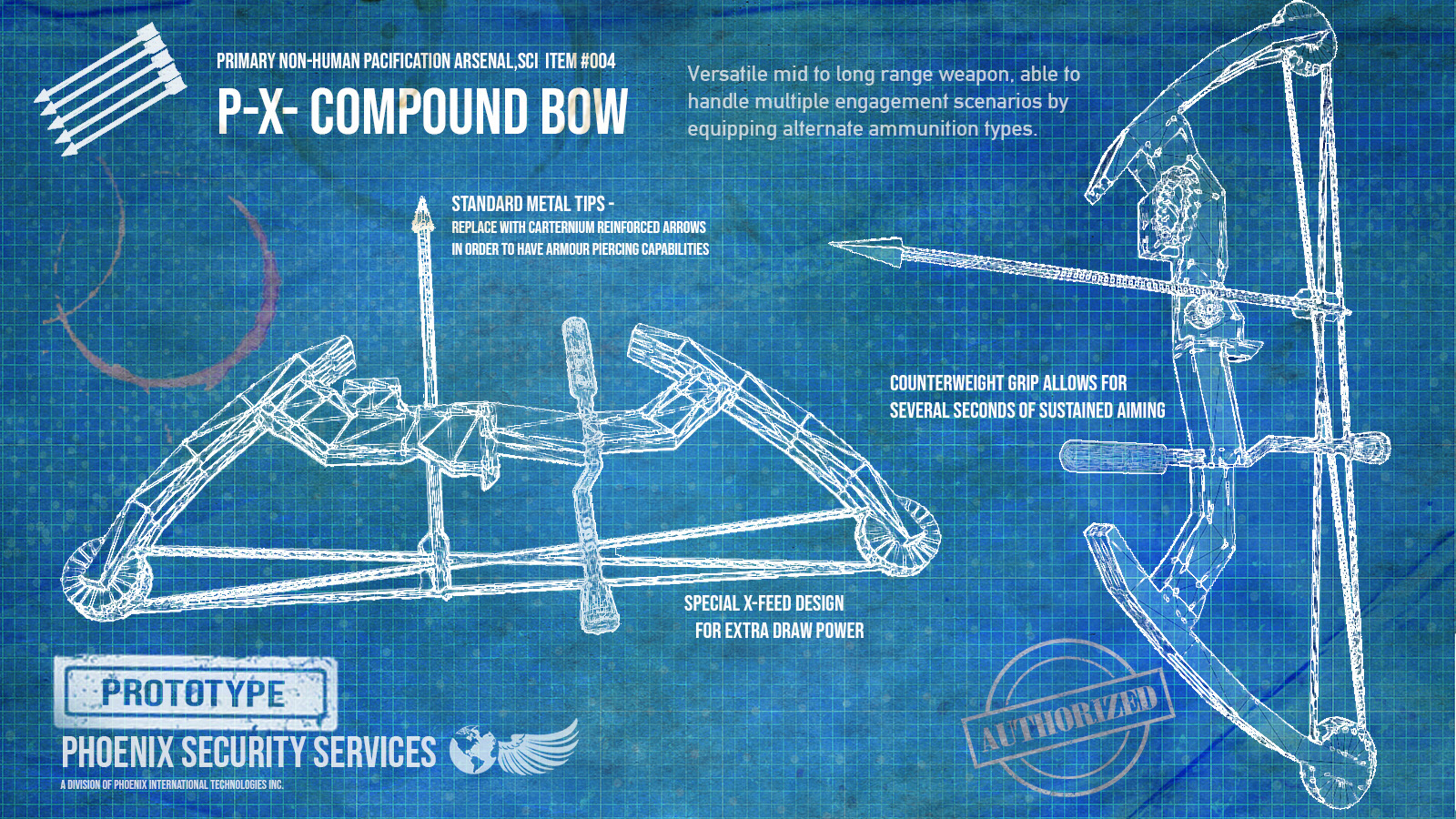 We hope these new additions to the human arsenal will introduce some nice variety, and there are even more weapons in development for later updates!

FEATURED CLASS: TYRANTS
Finally, the Tyrants are having their moment in the sun. For the next week, they are the featured class on the Extinction Store. We have a range of new and returning items - from model mutations, to taunts, to exotic skins, with many available for half price in the Specials area! 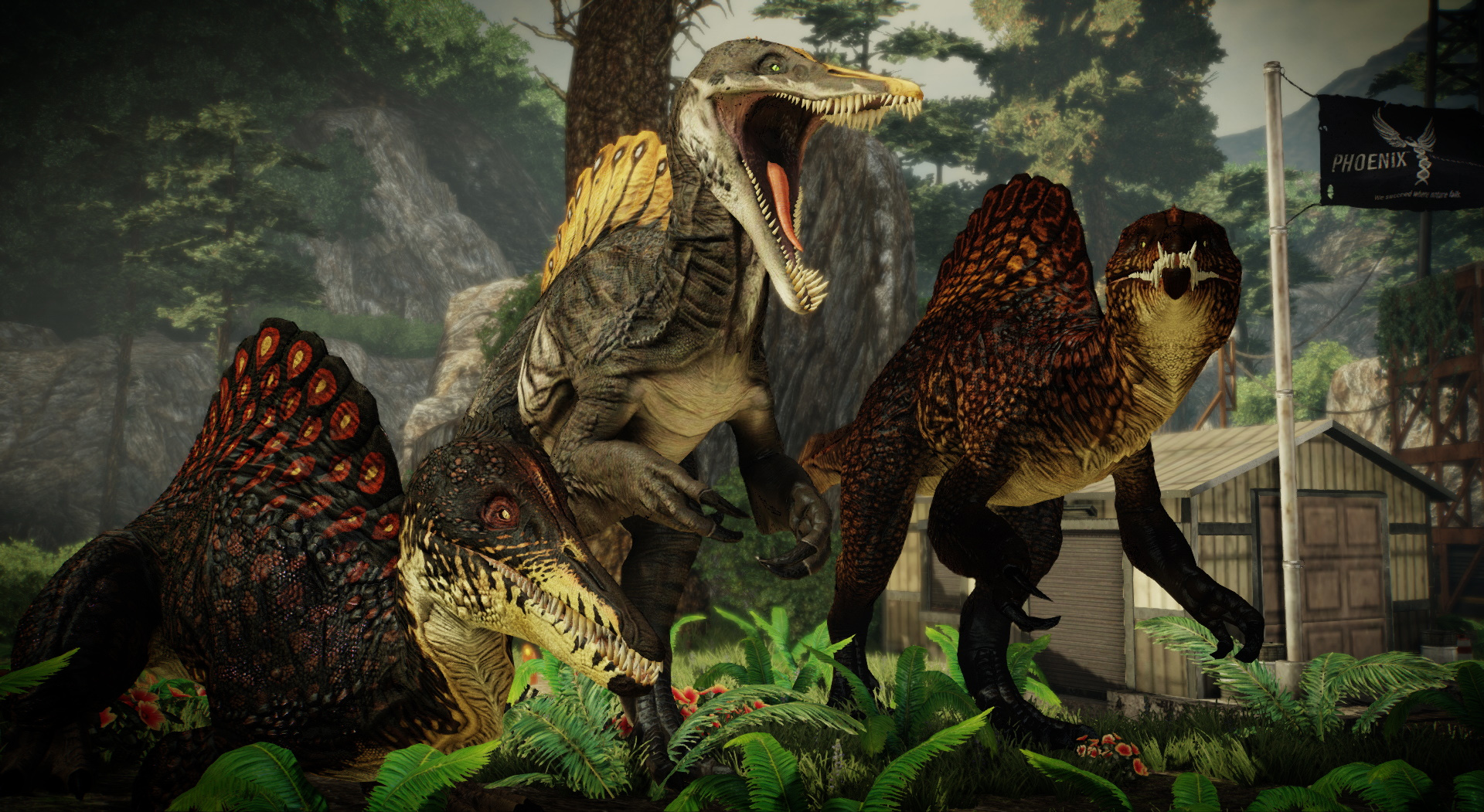 Featured Class changes every Friday, so check back this time next week to see who's in the spotlight! Until then, grab some sweet deals on Acro, Spino & T-Rex items before they're gone!


STAY INFORMED, GET INVOLVED!
We'll be revealing more about what's next for Primal Carnage: Extinction in the coming weeks and months across all our channels, but if you want to be first to know- join the official Discord server...

[discord.com]Interact with other players, participate in community contests, maybe even start making skins and maps!


MAY-HEM is on the Horizon
That's the end of today's roundup.
To our veterans: try to make the new arrivals feel welcome before swallowing them whole!

We'll be back later this month with the MAY-HEM update.
Until then...

Primal Carnage: Extinction
242
45
Achievements Not Working
Hello, I got this game back in January 2020 and only started playing it this Free-Weekend. I have played about 4 hours of the game now, but for some reason I haven't unlocked any of the achievements and for stuff like kill 1000 dinos, it doesn't show any progress. Does anyone know the cause of this issue? Or a solution?...
7

EthanRek
May 10 @ 9:45am
Issues / Bug Reporting
Problem giving it as gift
I bought the 4 pack game, and while making the purchase from the store page to where steam asks me to use my wallet or my credit card I NEVER saw a warning saying "can only be redeemed to (other) countries", I got to see that message moments later, thats honestly a cheap trick, the warning should be under the promotion title saying if it has ANY restrictions, I live in Mexico and tried sending the gift to a friend i got in USA, and surprise, the game cant be redeemed and in my inventory appears later in re...
2

Darkperish 不和
3 hours ago
Issues / Bug Reporting
EXTINCTION FREE WEEKEND!
May 7
LET THE CARNAGE COMMENCE !
Our free weekend starts today - that means for the next few days ANYONE can join in the fun!

The free to try event runs from May 7th - May 10th, and you can also pick up Primal Carnage: Extinction and the PCE 4-pack for 65% off during this time. Tell your friends!

GET INVOLVED !
It's a really exciting time right now, with lots of cool new additions on the horizon!
We'll be revealing more about what's next VERY soon, but if you want to stay in the know...

[discord.com]Interact with other players, participate in community contests, maybe even start making skins and maps!

This is a smaller release with a few fixes and minor improvements in certain areas, plus a small handful of balance tweaks suggested by the community.

We've unfortunately had to remove an achievement that wasn't working correctly, hopefully we will be able to resolve the issue for a future update. Can't make an omelette without breaking a few eggs...

If you encounter any problems, bugs or issues please post in the Issues & Bug Reporting subforum on Steam or the bug-reporting[discord.gg] channel on the official Discord.

Tomorrow is the end of Bruiser Week in-store, before a new Featured Class family takes the stage.

Grab some great deals on Carno and Cerato items while you can, the Tyrants will be stomping in to replace them tomorrow! 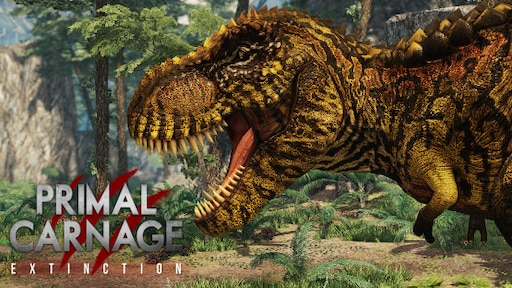 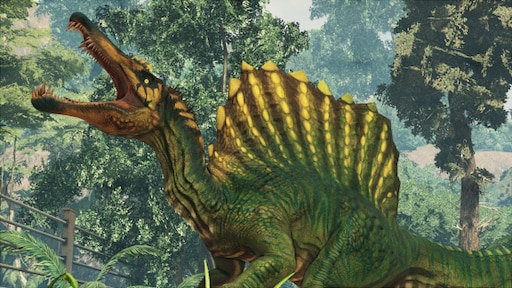 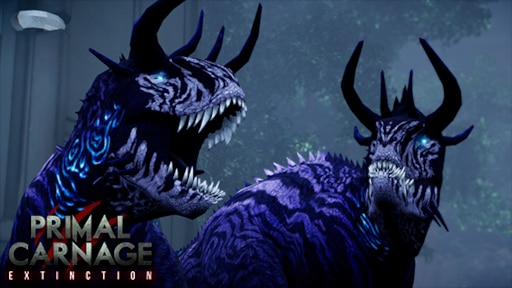 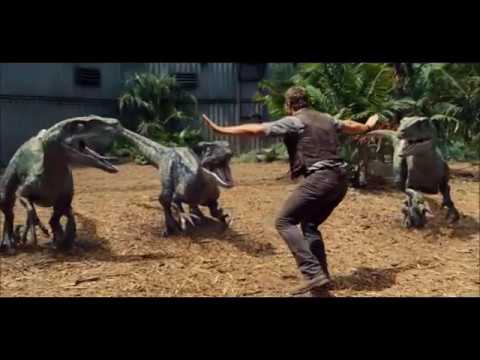 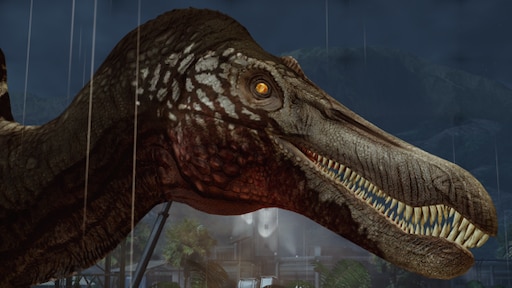 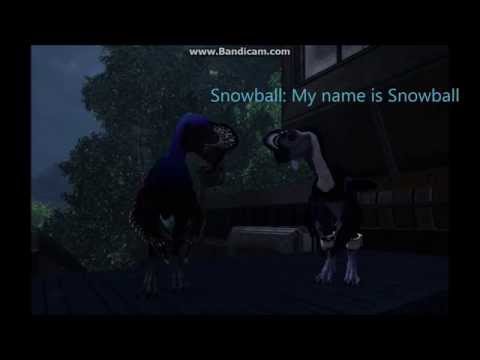 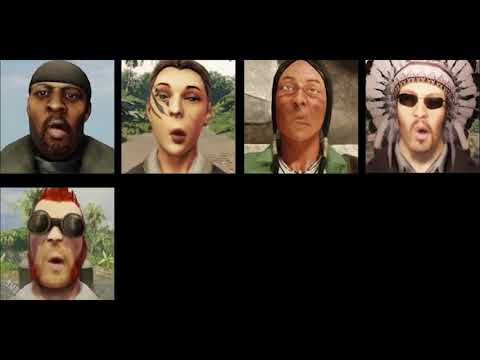 Anniversary Update Event Codes
This is a list with the codes discovered by the codebreakers on Discord for the 6th Anniversary Event Scavanger Hunt. Source
37 ratings 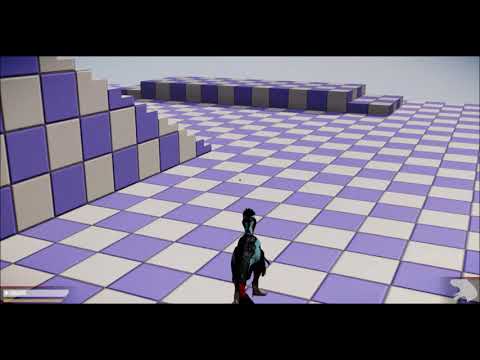 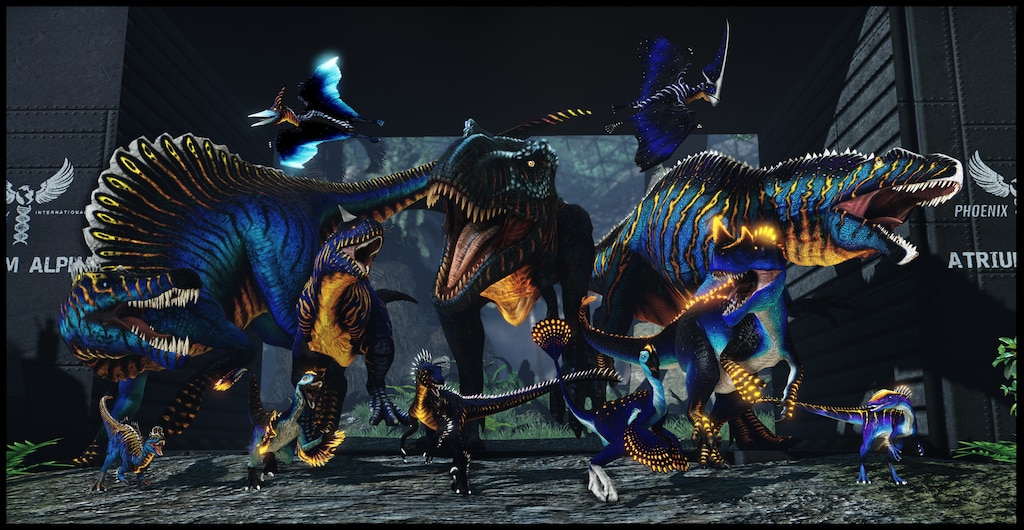 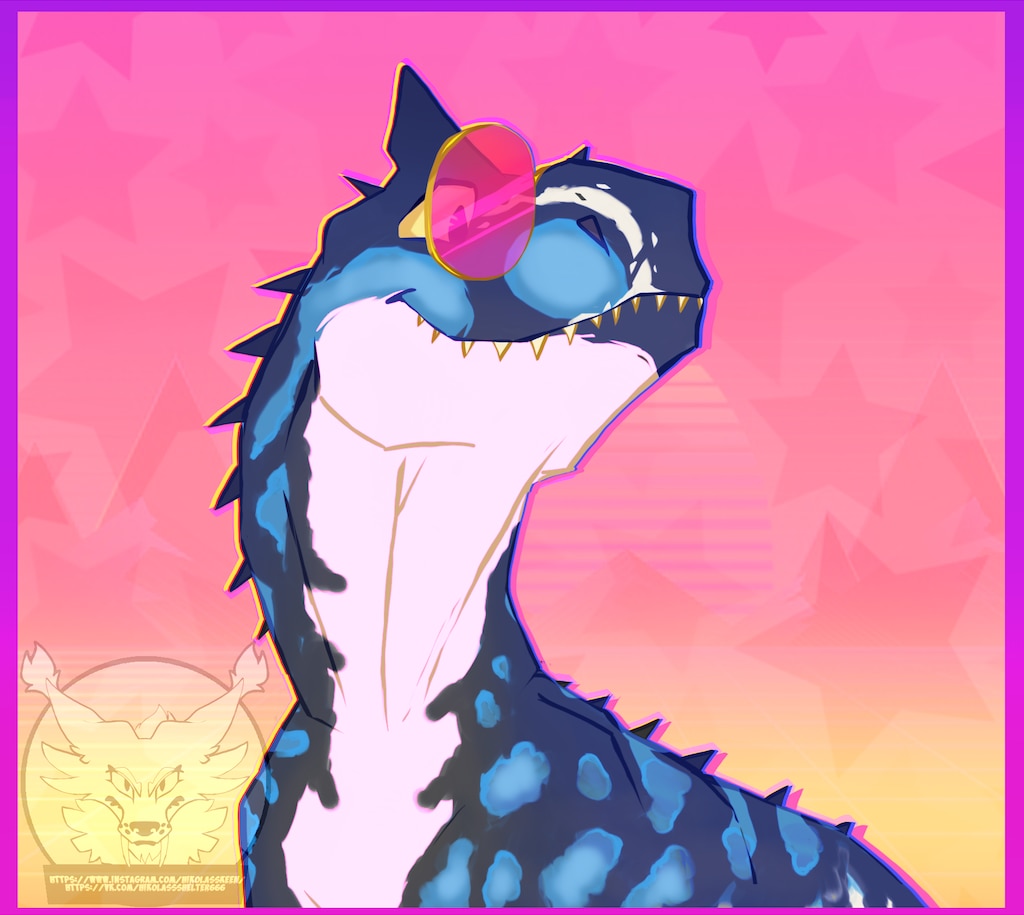 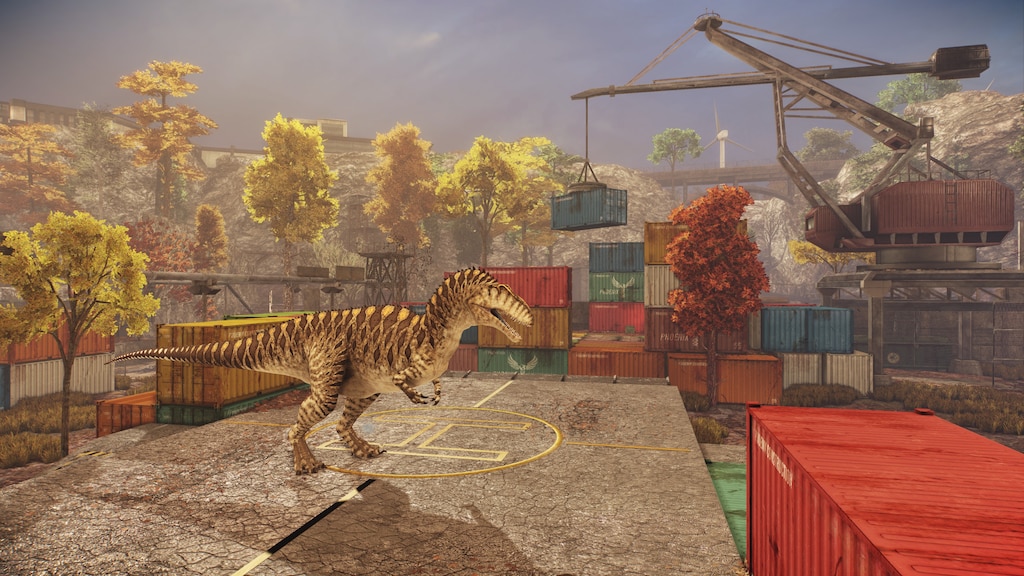 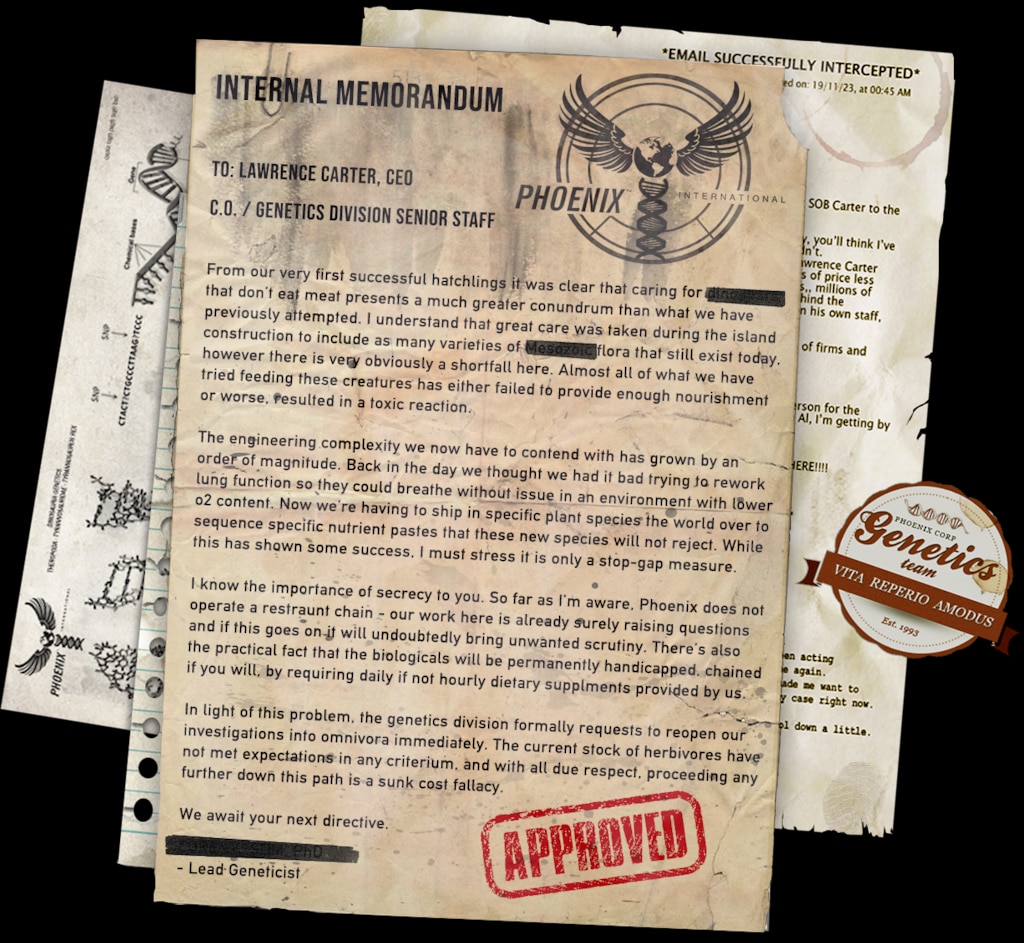 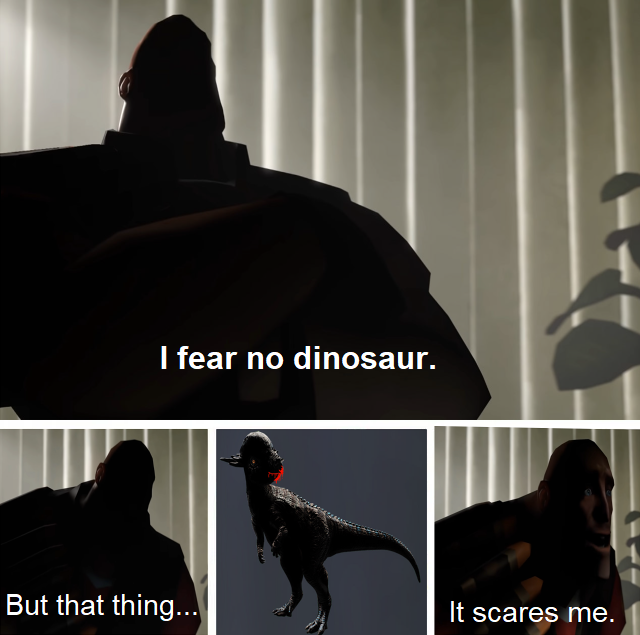 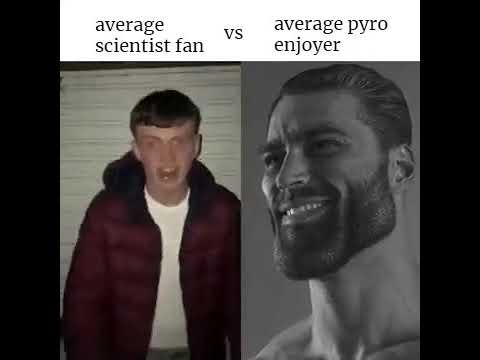 Recommended
35.2 hrs on record
Product received for free
It's like you're playing in the Jurassic Park! Good action, good graphics, I'am gonna buy this sh*t! 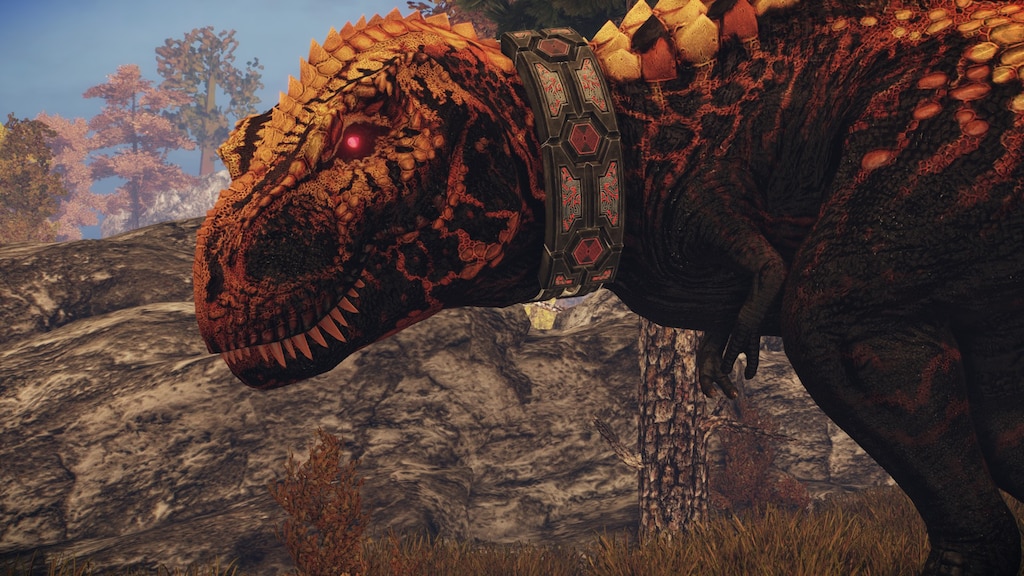 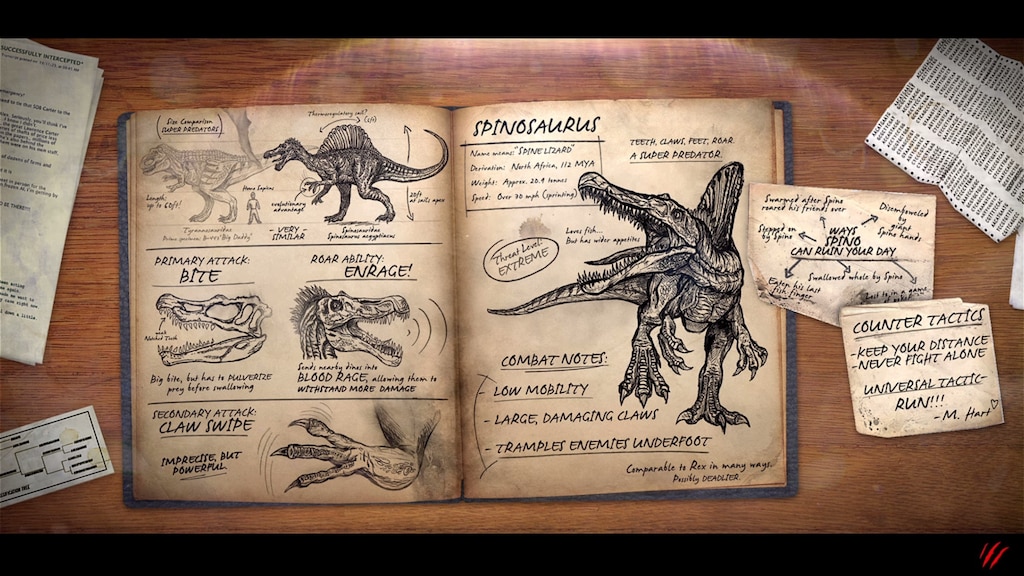 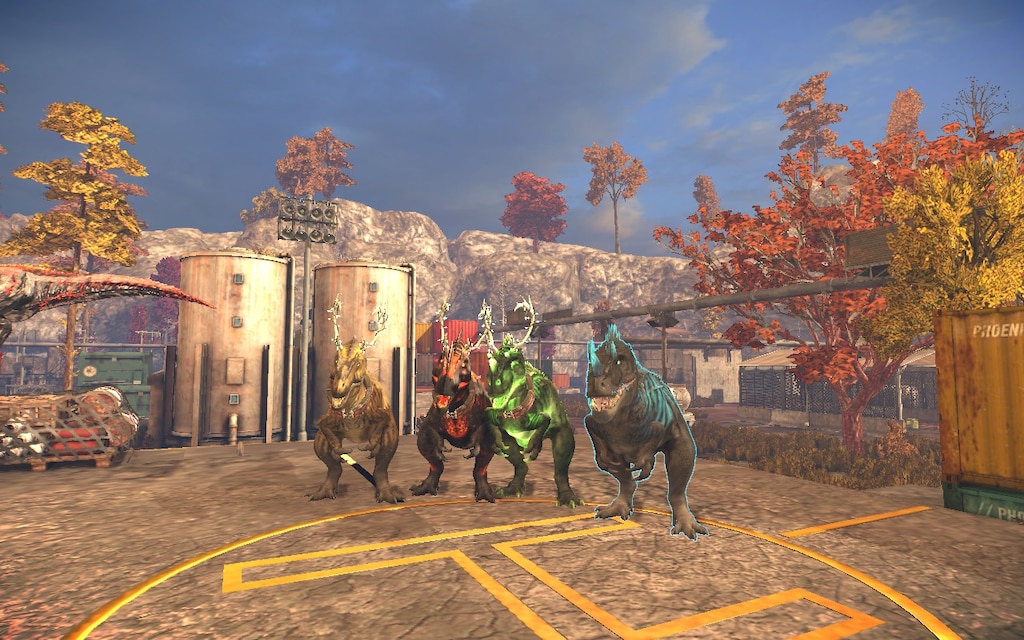 Srebrny ♡
View screenshots
Curious
Why do y'all not want herbis in tdm? Nothing wrong with them lol
3

Endless
May 10 @ 8:21am
General Discussions
Artwork 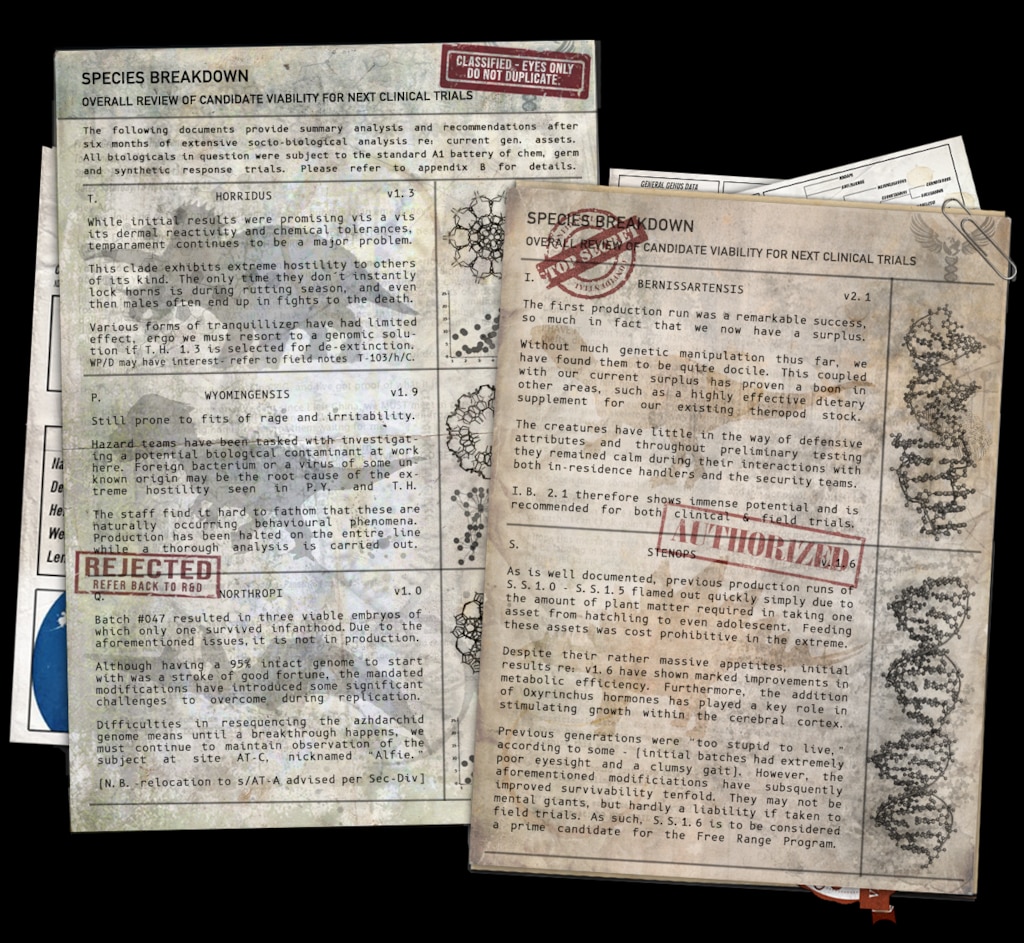 Simple admin commands for starters
Some admins has problems with comamnds. So i decided to do a guide for admins that just started being admins! Hope you enjoy! ^^ First remember to turn on your console, and all the commands that are in this guide write in console. Click F7 or ~ 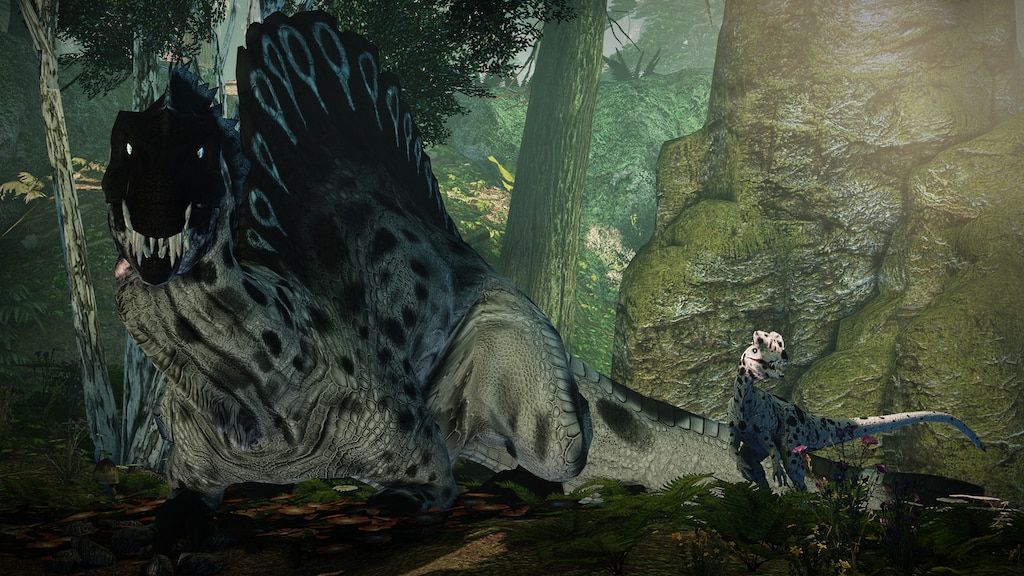 ☥ L a i l a ☥
View screenshots
Guide

How to Tupa
I've seen common folk Tupas time and time again at the bottom of the scoreboard every now and then, and with the Ptera overshadowing this class, it's no surprise nobody plays the damn thing properly. Well, as one of the only tupa mains here, I'm here to sh...

Not Recommended
0.1 hrs on record
Game feels cheap, old and unfinished. Imagine left 4 dead but with dinosaurs... if that sounds appealing then you'd like it. Personally I just don't find it enjoyable.

Not Recommended
0.6 hrs on record
game is ok not the best , a bit boring after a while but maybe its because playing solo isn't as great as multiplayer

DemonOfTheWest
11 products in account
0
Way too buggy to be worth buying
You're telling me this game has been out for a whopping SIX years and it still has basic bugs such as: - According to the Customization menu, my Pathfinder was supposed to have flares as his secondary weapon, and hatches as his utility weapon. First time I chose him I spawned with flares as my UTILITY weapon (on the wrong slot, thus) and Desert Eagle as my secondary weapon. Then I died, chose him again, and this time I spawned with hatchets as my utility weapon. Furthermore, his UI lists "dart gun" as his...
2