The Caped Crusader joins forces with the super heroes of the DC Comics universe and blasts off to outer space to stop the evil Brainiac from destroying Earth.
$19.99
Visit the Store Page
Most popular community and official content for the past week.  (?)
Question regarding the DLCs
So there are a lot of DLCs for this game, but what exactly do they contain? Are they all just character packs or do some of them contain extra levels to go through? Asking because I don't support character pack for these games since I don't think they belong here....
4

How to Unlock Every Character!
This (long) guide will explain in a little bit of detail how to unlock most of the characters in the game, hopefully this will help many people as this is the first guide I have found.
195 ratings 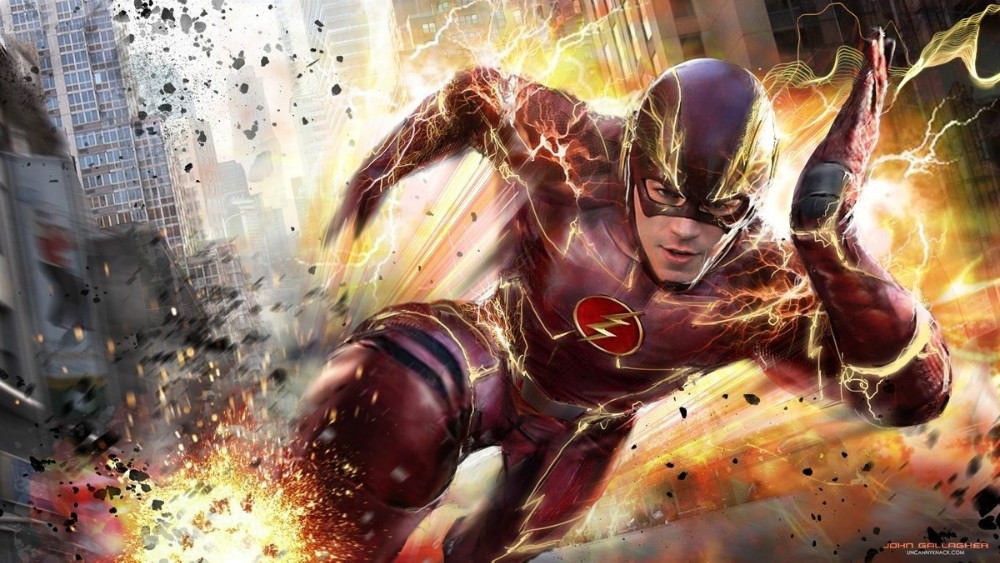 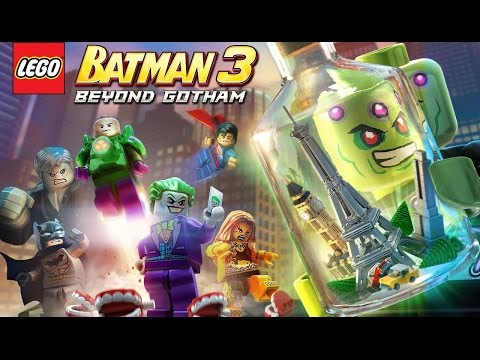 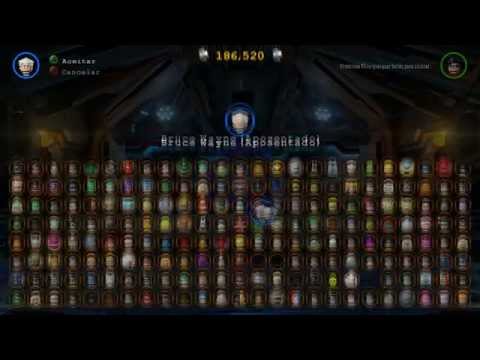 Playable Characters Complete Information Guide
All playable characters, their abilities, powers, usefulness and appearnce in-game - all in one guide! DLC characters are not included.
46 ratings 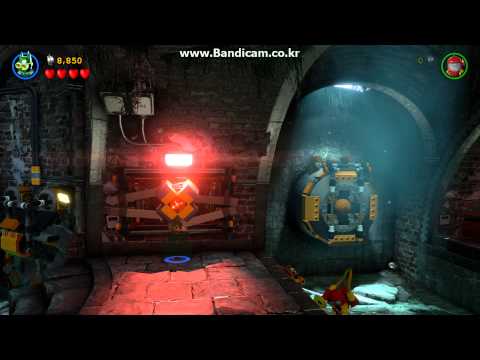 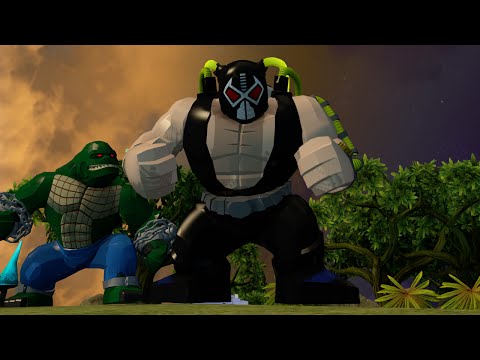 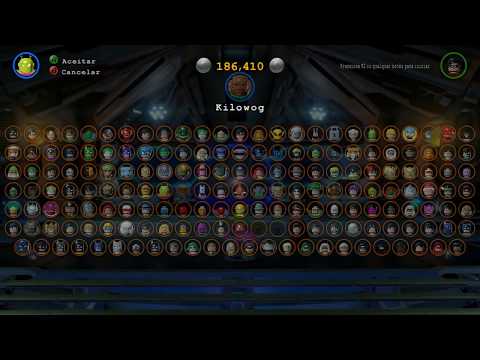 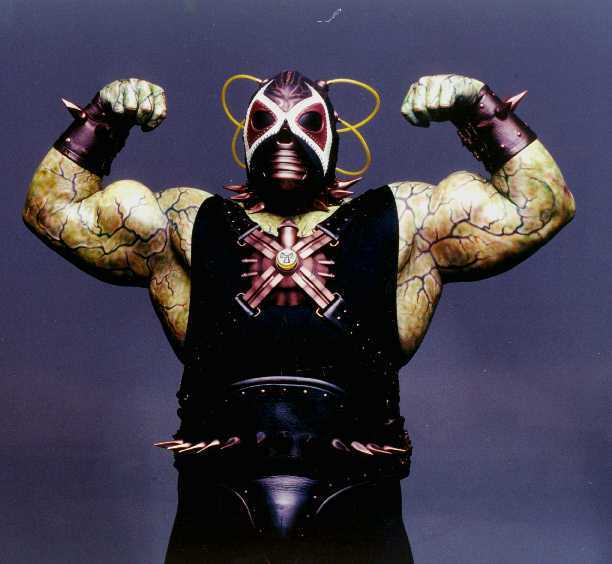 Recommended
29.7 hrs on record
THE ONE-SENTENCE SUMMARY...
LEGO Batman 3: Beyond Gotham is one of the stronger installments in the LEGO game franchise for many, many reasons, and is a worthy addition to your Adventure game collection—particularly if you are a fan of Batman and the DC universe!

[➕] THE POSITIVES
+ CONSTANT REWARDS! If you want a game where everything you do is rewarded, this game (as with any LEGO game) is for you! Whether you play for 5 minutes or 5 hours, the LEGO series *consistently* delivers one of the most satisfying reward systems in gaming!

+ The STORY. The journey you’ll take through the DC universe is surprisingly solid! While it does a good job of placing Batman and Robin at the center of the story (it being a “Batman” game, after all), you’ll meet many of your favorite DC heroes and villains along the way—including plenty of subtle references for you comic experts!

+ The MUSIC. Many of Batman’s theme songs make an appearance in the game, as well as John Williams’ legendary Superman theme, Wonder Woman’s 1970’s theme song, and other catchy tracks to score your adventures!

+ The Voice Cast. Traveler’s Tales went BIG on this one, and IT. PAYS. OFF! Here are just a few of the HUGE names in the game: Troy Baker, Nolan North, Laura Bailey, Kevin Smith, Tara Strong (as the one and only Harley Quin), Adam West (himself), Gilbert Godfried, Conan O’Brien, etc. etc. etc. I mean, LOOK AT THIS FULL CAST LIST[www.imdb.com]! UN.BE.LIEVABLE.

+ SUPERHERO POWERS are (mostly) clear. LEGO games have embraced a system of “powers” or “abilities” that are determined by the different characters you can play—a system that is not always clear from the character menu (see: LEGO: The Hobbit).

LEGO Batman 3 does a *much* better job of communicating the system: both by giving many of the critical abilities to the main cast of heroes, as well as utilizing Batman’s gadgetry prowess to be a “jack of all trades.” It is a good evolution of the system that I hope continues to make an appearance in future games.

+ GAME STABILITY. If you’re a fan of the LEGO games, you already know that they come with *more* than their fair share of crashes and stability issues. While still imperfect, there are notably less issues with this game. That said, it is still recommended that you re-launch the game every few hours to avoid issues.

+ RED BRICKS are in order. Another note fans will appreciate: Red Bricks are unlocked in the order of the story missions—a nice feature to help you seek out those certain bricks to optimize your collecting!

+ The general CORNINESS of the game! Is amazing! All the bad Batman jokes, celebrated memes, shining moments and shared experiences are captured by the game. Every version of Batman and his adversaries are there, showing a genuine respect for Batman and the larger DC universe.

+ FAST TRAVEL. Unlike some LEGO games, LEGO Batman 3 lets you jump into ANY mission or ANY location from ANYWHERE, and right from the start of the game. This is a welcome addition that cuts down on the time spent traveling from place to place.

+ VR MINIGAMES. Within the game are a variety of minigames which are surprisingly fun! The controls aren’t great and the racing minigames are the one exception, but the rest are enjoyable variants of classic arcade games!

+ The “EUROPE AGAINST IT” Mission. So good! So creative! So memorable!

+ THE FLASH. Absolutely steals the show, but I will say no more! 🙌

[〰] THE..."TAKE IT OR LEAVE IT"
~ There is A LOT OF OPEN WORLD. Like other LEGO games, many of the gold bricks, character unlocks, and other goodies are hidden throughout the open world. And in LEGO Batman 3, the open world is MASSIVE. It’s a little strange to spend so much time outside of the story missions (approximately half the game was spent in the open world), but it’s not a deal-breaker overall.

~ STUDS DON’T REALLY MATTER. Unlike any other LEGO games I’ve played, LEGO Batman 3 has one of the shortest farming periods of them all. I’d have liked more to work towards and unlock along the way to my 21 billion unused studs…!

~ SUPERMAN. Whether you love him or hate him, he is *way* too perfect in this game.

[➖] THE NOT-SO-GREAT
- The game defaults to a 1280X720 resolution. Consider closing out all of your other windows until you’ve launched the game and fixed the resolution. Otherwise, enjoy all of them being squished into Monitor 1…! 🤦‍♂️

- The CAMERA is the TRUE enemy. Like many of the LEGO games, the camera can be an absolute nightmare. Many secrets are hidden entirely by the poor angles of the camera, which shows just how disruptive it can be throughout the entire experience.

- VEHICLE RACES. Aren’t great. At all.

Let me offer some tips to help you enjoy them more than I did:
- The GREEN LOONTERN. Every LEGO game has a quest-giver that will disrupt the multiplayer experience by taking over the entire screen, interrupting your races, and otherwise being a bother. This is your culprit. In single-player, he won’t be so bad; in multiplayer, you’ll learn to hate him…

- You never unlock CONAN. Not a deal-breaker…but certainly heartbreaking.

[😊] THE FINAL WORD…
LEGO games have come a long way in their tenured history, and LEGO Batman 3 shows the substantial growth of the series from the early days. It does a great job of capturing the *best* aspects of what the franchise can be, and is well worth the 20 to 40 hours of fun you’ll get from it.

I would absolutely recommend giving it a shot for some simple, straightforward entertainment—especially if you have kids who are looking for a casual, silly adventure! 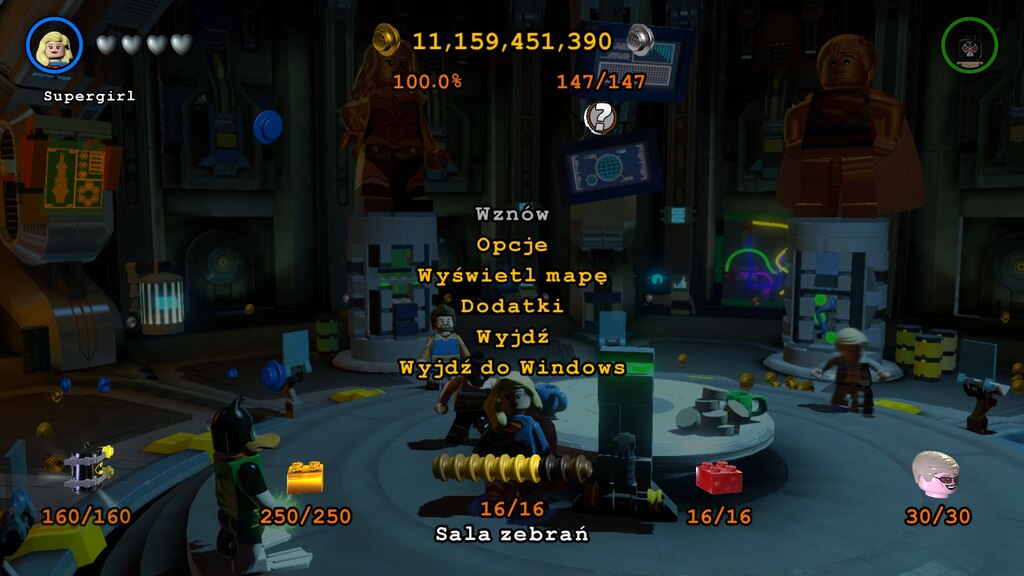 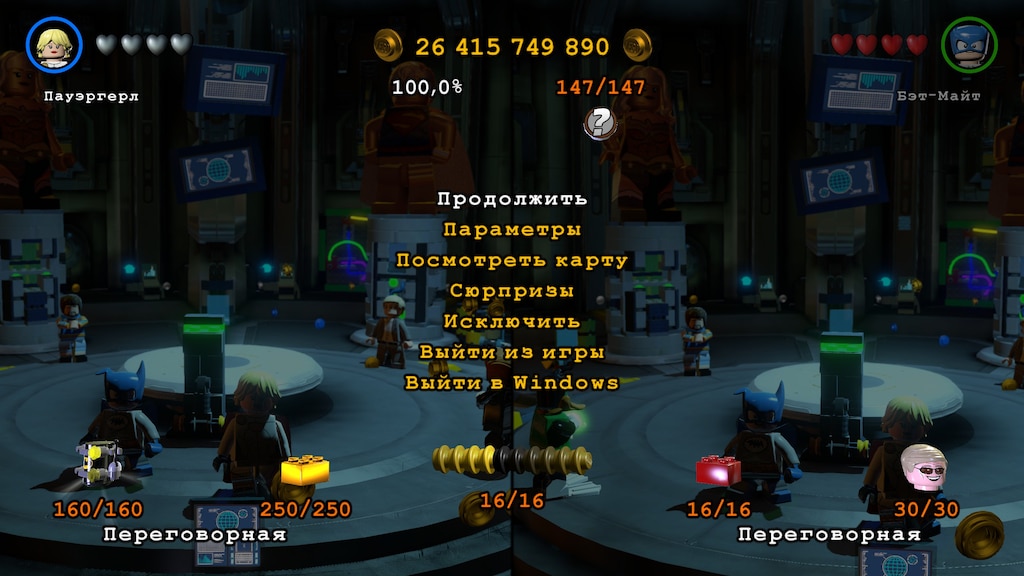 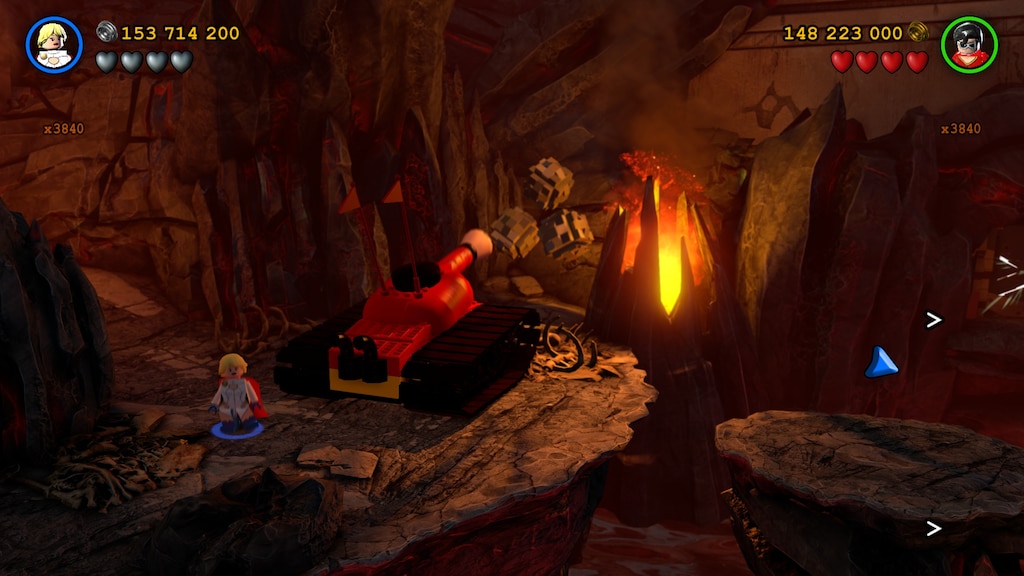 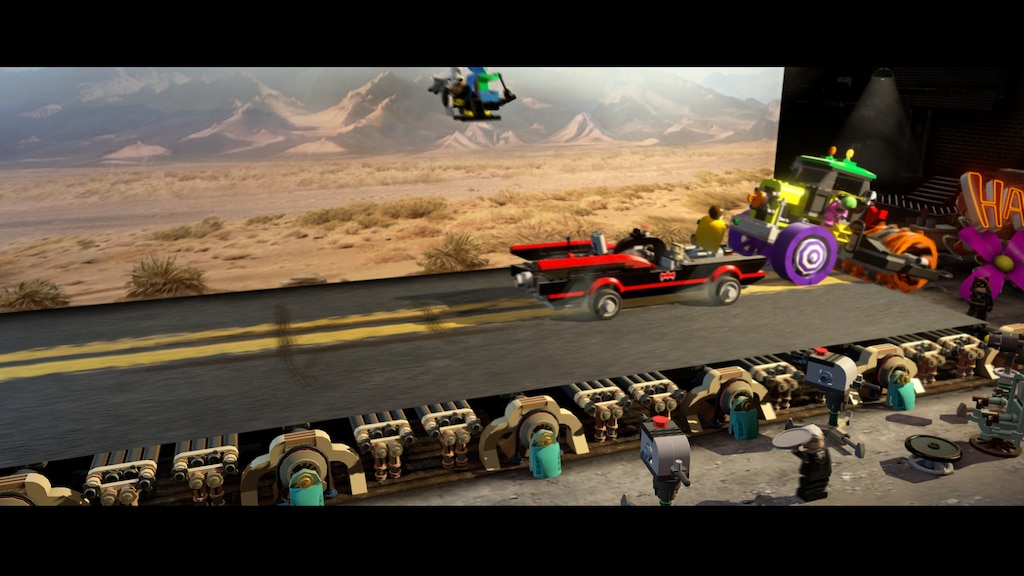 roflcopter
104 products in account
0
Lego Batman 3 help
I have a problem, when I started the game, the graphics were looking all weird and I can't find it in my Library even though I did buy it, What's going on here
1

roberthumphrey360
Jul 22 @ 4:29pm
General Discussions
Xbox Controller settings
Seem to have a problem with PC/lego batman 3 picking up the controller for this game
111

Geebeegooner
Apr 7 @ 11:49am
General Discussions
DLC question
Greetings! Are there any achievements that requires DLC? Thank you!
4

13th Citizen
Jun 1 @ 2:34pm
General Discussions
Stuck in 2 player
I have ps4 controller When i launch the game, everything is working but when i play the game and when a press some button on my controller it switch to split screen and i cant play with the second character
3

Magicman
Aug 2 @ 10:08am
General Discussions
No one has rated this review as helpful yet

Recommended
55.6 hrs on record
Lego Batman 3 is excellent. One of the best LEGO games out there IMO. If you’re into Batman or have kids that are, I highly recommend this game. It’s absolutely rich with layers upon layers of secret items, unlockable characters and vehicles as well as really cool bonus levels that you must explore to find! It’s amazing that there is so much bonus content but I suppose that’s a staple feature of LEGO games. Where Batman 3 shines however is in its polished visuals, refined game mechanics and outstanding cast of characters. I prefer it over LEGO Batman 2 for the refined mechanics, beautiful environments and character line up.