Join over 20 million players in the award-winning online multiplayer RPG and experience limitless adventure in a persistent Elder Scrolls world. Battle, craft, steal, or explore, and combine different types of equipment and abilities to create your own style of play. No game subscription required.
-70%
$19.99
$5.99
Visit the Store Page
Most popular community and official content for the past week.  (?)
ESO Live: July 11 at 12PM EDT/5PM BST—Delving the Lost Depths & Update 35
Jul 6

Tune in for a developer preview of the two new dungeons and combat changes coming as part of The Elder Scrolls Online: Lost Depths and Update 35.

Join us this Monday, July 11 at 12PM EDT/5PM BST, on https://www.twitch.tv/Bethesda as Community Managers Jess Folsom and Gina Bruno welcome Encounters Lead Mike Finnigan for a deep dive into the Lost Depths DLC dungeons! Together, they’ll explore both Earthen Root Enclave and Graven Deep, plus discuss the two dungeons’ design, challenges, and rewards.

After venturing into the two new dungeons, the team will then be joined by Combat Designer Alec Verish and Lead Combat Designer Brian Wheeler to discuss and answer your questions about the combat changes arriving soon as part of the Update 35 base-game patch. In case you missed it, you can see the full combat preview and ask your questions on our official forums[forums.elderscrollsonline.com]. This livestream will occur just before the PC/Mac Public Test Server when both Lost Depths and Update 35 goes live—what better way to get ready to check it all out for yourself?

During the show, they’ll host a giveaway and have Twitch Drops enabled (link your ESO and Twitch accounts here[help.elderscrollsonline.com]), so if you’re excited to continue your Legacy of the Bretons adventure beyond the High Isle Chapter, this is the show for you. The team is delving into Lost Depths and Update 35 on https://www.twitch.tv/Bethesda this Monday, July 11 at 12PM EDT/5PM BST. See you there!

The Elder Scrolls Online
98
7
How is the single player experience? Some questions.
This game has caught my interest because it seems to have really good RPG combat system. But I am not totally sure as I have never played it. I'm not necessarily interested in MMO aspect. Although I don't consider it a bad thing. But it does look like it would just be a fun RPG with good combat system. What is your opinion of the combat in this game and mechanics/design? Specifically in relation to other 3rd-person RPGs. What is your opinion of the game itself as a fun adventure to play through? As well ...
5

cool skill
1 hour ago
English
Tired of spamming puncturing sweeps
I started playing mag templar and im new to this game and someone told me to make this build and i gave it a try but it was fun in the start but now its boring to just spam 1 skill to give DAMAGE. I want a build that needs to utilise all the skills to give damage and/or buffs so please suggest me some builds thank you....
21

Kicking off today, June 30 at 10:00AM EDT, and continuing until July 12, 10:00AM EDT, when you gift your fellow players five or more Event Tickets from the in-game Crown Store, you’ll receive four complimentary Dark Chivalry Crown Crates!

If you want to get your hands on these crates, follow these simple steps:
Easy, right?

Don’t forget, Event Tickets allow you to acquire all kinds of items from the Impresario merchant during most of ESO’s in-game events. For a list of what she will have available during Zeal of Zenithar, be sure to check out our announcement article.[www.elderscrollsonline.com]

Make the most out of the Zeal of Zenithar in-game event by gifting Event Tickets to your fellow players, and in turn we’ll share four new Crown Crates with you! Remember: this promotion happens only between June 30 at 10:00AM EDT to July 12, 10:00AM EDT. Is there a special someone you plan to gift Event Tickets to during the event window? Let us know via Twitter, Instagram[www.instagram.com], and Facebook[www.facebook.com].

How to reduce install by ~20GB
This guide will show you how to remove about 20GB of unnecessary language data from the games install folder.
131 ratings

Zenithar, the Divine of labor and commerce, is here to reward Tamriel’s many crafters, traders, and workers, with a new in-game event.
Honor Zenithar (and Make Some Coin)
The Zeal of Zenithar in-game event kicks off on June 30 at 10AM EDT, and it continues until July 12 at 10AM EDT. To access the event, pick up the introductory quest "The Unrefusable Offer" from Amminus Varo at the Belkarth festival grounds in the Craglorn region (or get the free quest starter from the Crown Store). If you need help locating Belkarth, travel to the nearest Impresario tent, and use the portal nearby to transport yourself to the city.

Upon finishing the intro quest, you may then pick up the daily quest, "Honest Toil." 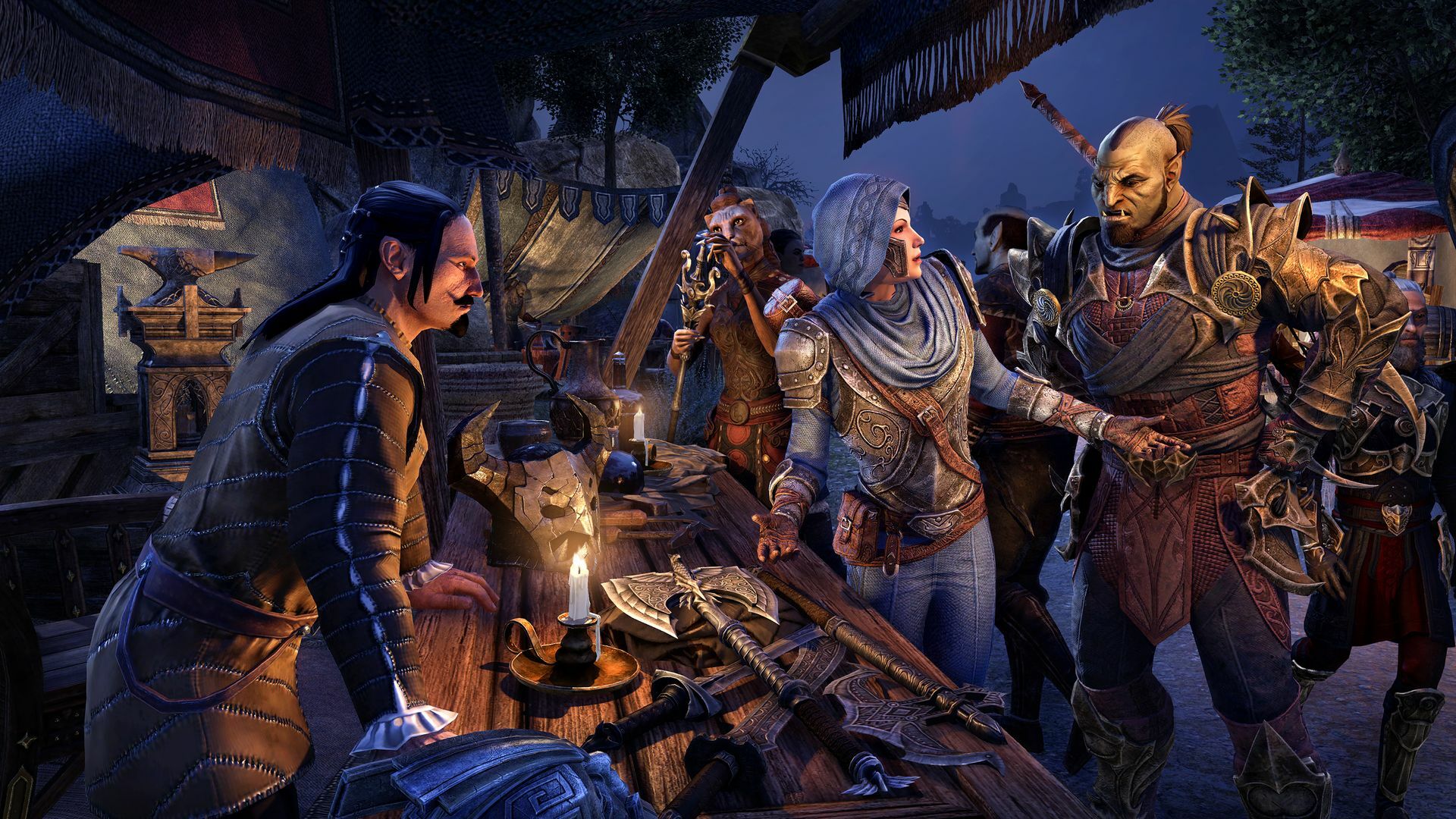 The Fruits of Your Labor
During the event, each time you complete the daily quest, you’ll receive one of Zenithar’s Sublime Parcel boxes. In addition, you can net Zenithar’s Delightful Parcel boxes by participating in the following activities:
Alternatively, if you're not interested in hard work, Akatosh forbid, there’s a small chance to steal parcels from hard-working Tamrielic citizens through pickpocketing, strongboxes, or thieves' troves.

Within a parcel box, there is a chance to acquire the following rewards for your efforts: 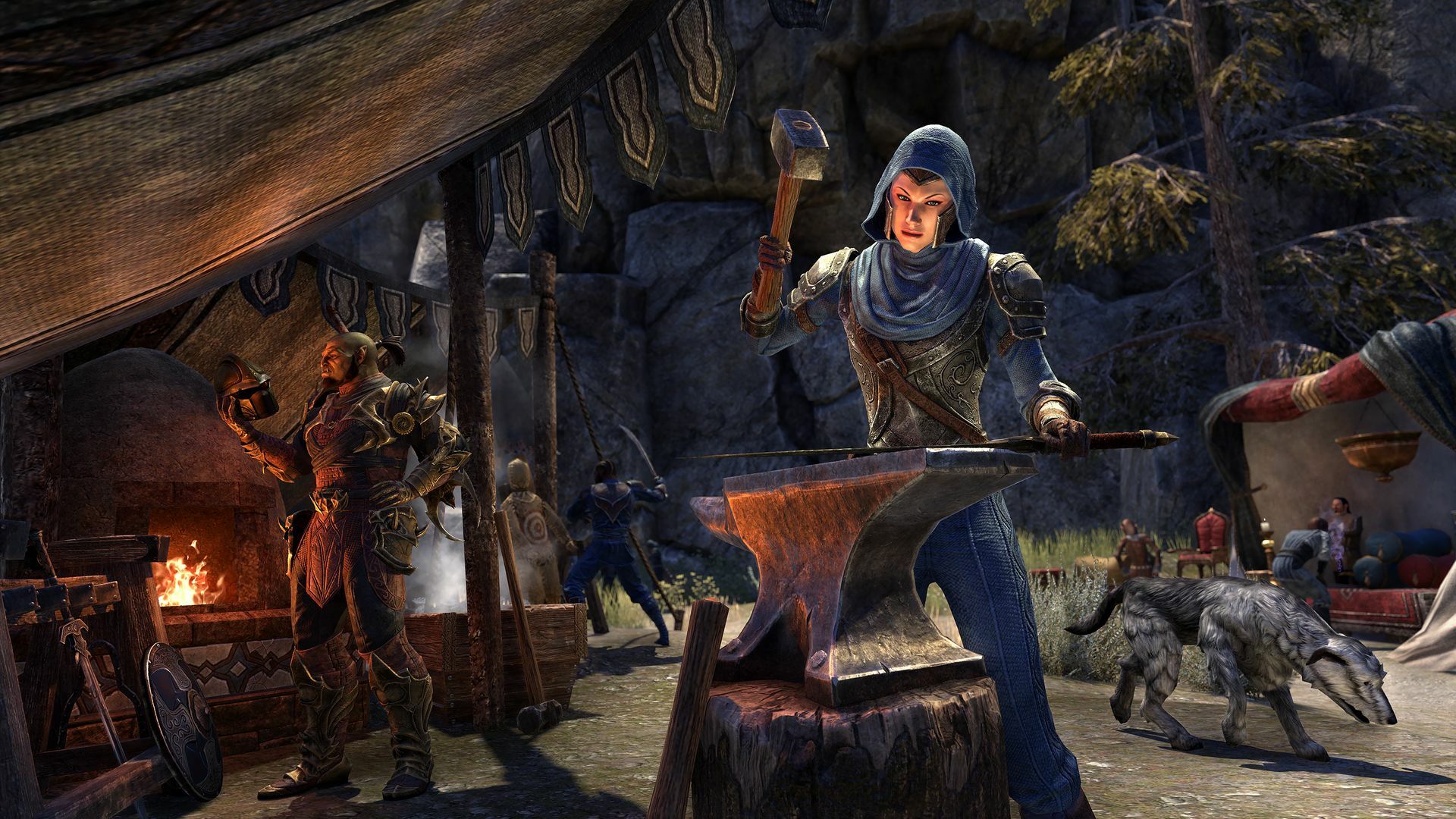 Both boxes offer an opportunity to pick up these rewards, but the Sublime Parcel boxes provide the best chance to obtain the most valuable rewards.

Global Event Modifiers
These event rewards aren’t the only thing you’re eligible to receive during the Zeal of Zenithar event! Throughout the span of the event, everybody will benefit from modifiers to the following in-game global effects:

Event Tickets & the Impresario
In addition to the parcel boxes, you’ll also receive three Event Tickets each time you complete the Honest Toil daily quest. In total, you can collect 39 tickets by the end of the event. Just remember: You can hold up to 12 Event Tickets at any one time, so if you earn more while already at the ticket cap, you’ll lose them!

Once you’ve earned a hefty number of Event Tickets, head on over to the Impresario event merchant and exchange them for these rewards:
This is your chance to complete the morph for the shining Aurelic Quasigriff mount! 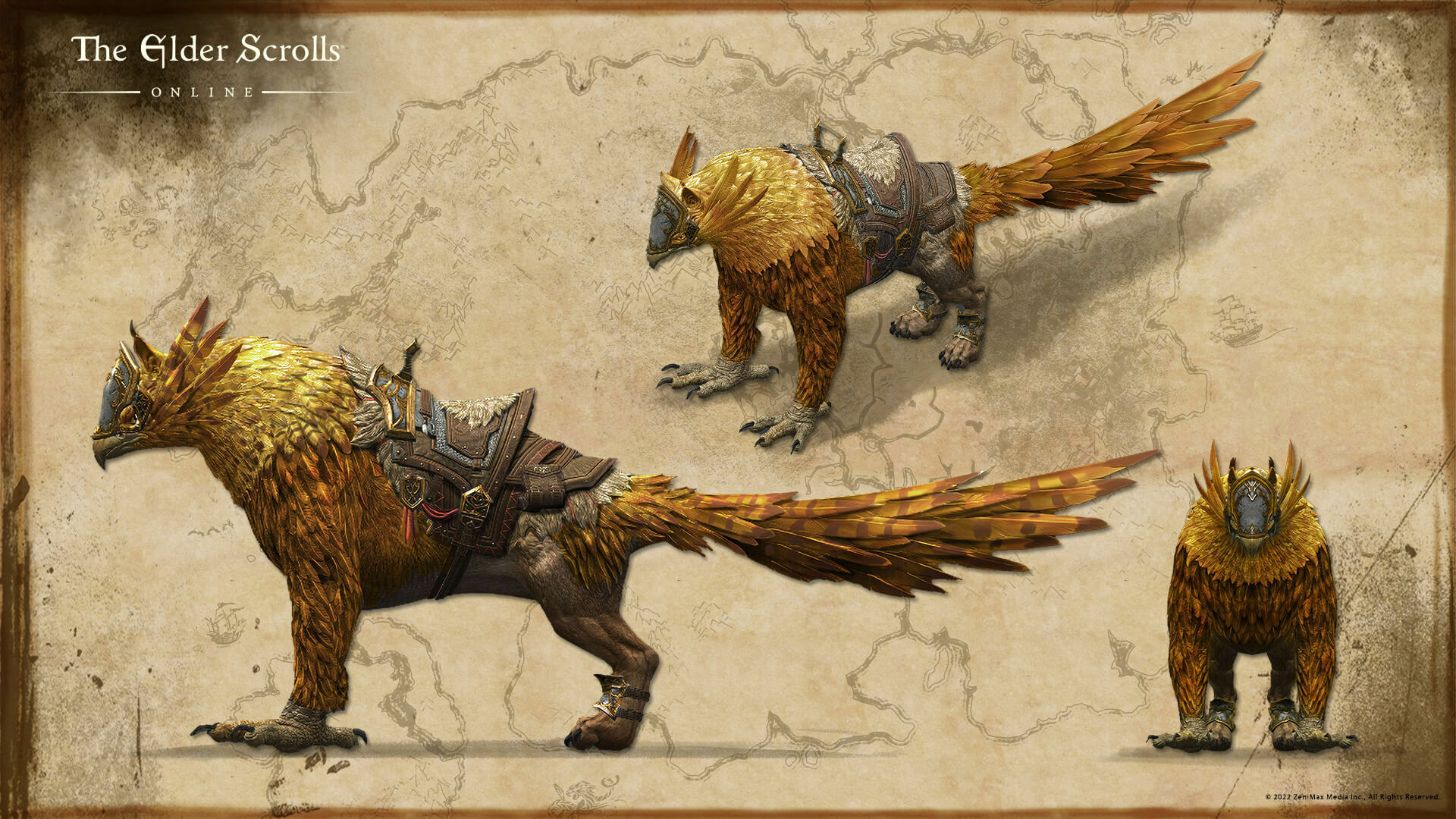 In addition, the Impresario is selling a brand-new item to help improve your companion’s skill lines: Companion Guild Commendations. Each of the three major guilds in ESO, including the Fighters Guild, Mages Guild, and Undaunted, have a commendation associated with their organization. Upon using a commendation on an active companion, they immediately reach the next skill rank for that specific guild.

The Companion Guild Commendations will be available to purchase whenever the Impresario makes an appearance during any future events.

Finally, the Impresario will be joined in the Belkarth festival grounds by a new colleague during the Zeal of Zenithar and all upcoming events: Nenulaure! This special merchant will offer a selection of indriks from previous years and events, with a cycling inventory as seasons change. 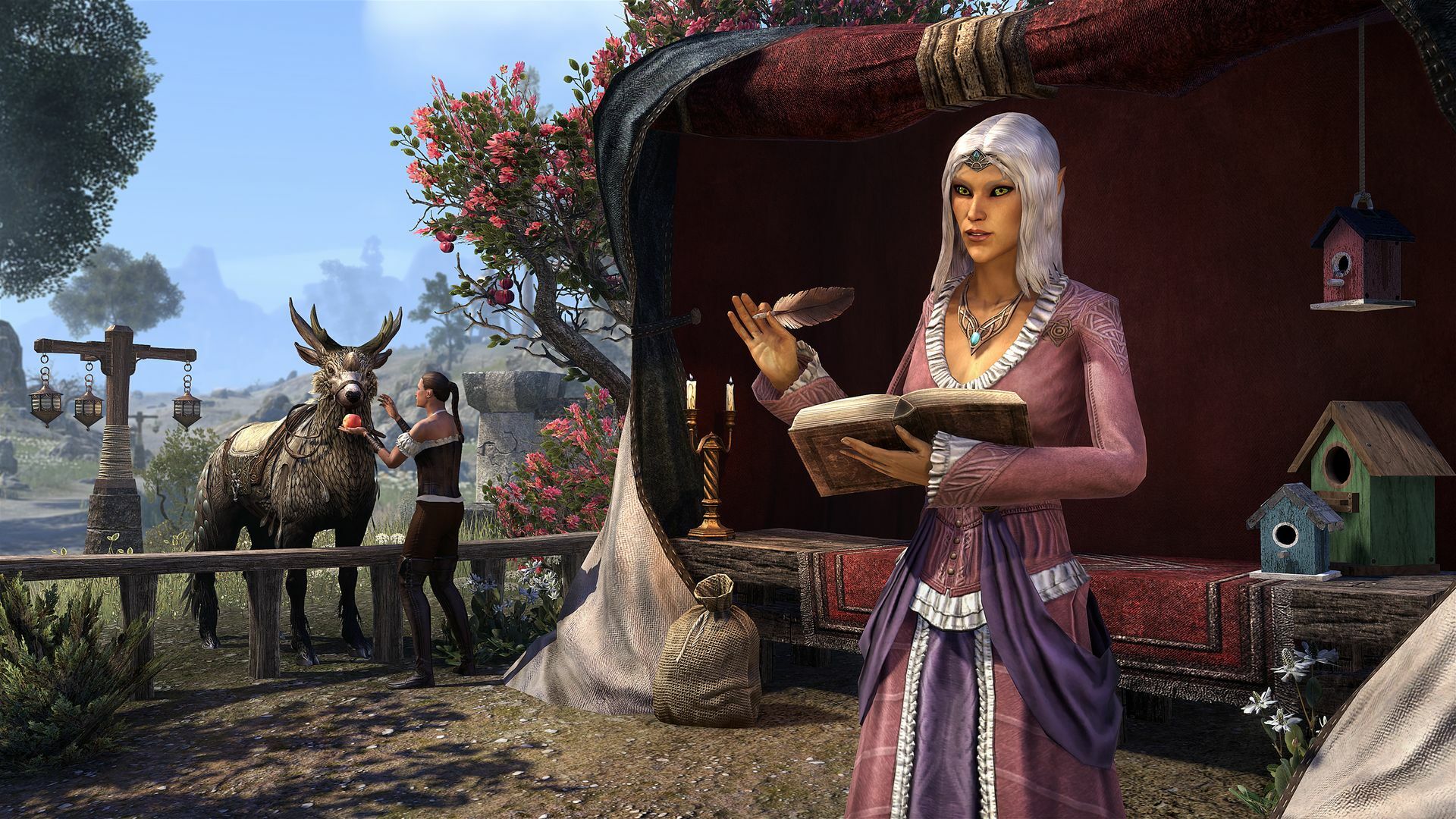 During the Zeal of Zenithar, Nenulaure will offer:
These items will only stick around for a brief period before returning next year, so be sure to grab them before they’re gone!

Tamriel Celebrates Zenithar
There are so many awesome prizes to collect and with a little bit of elbow grease, they can all be yours! Are you ready to get to work and earn some unique rewards during the Zeal of Zenithar in-game event? Let us know via Twitter, Instagram[www.instagram.com], or Facebook[www.facebook.com].

Not Recommended
72.1 hrs on record
I'm so torn on it. On one hand they've created a huge portion of Tamriel and while it's not as deep or lived-in as I'd expect from the single player ES games, it's pretty cool to explore.

But on the other hand it's over-monetized as all hell with countless microtransactions on top of microtransactions.
Want a new mount that isn't a horse? Gotta pay, baby. Maybe $10. Maybe $30.
Want a new cool house? Grab your wallet, my guy. That'll be $150. Not exaggeration.
Sick armor, or mount you see on another player? Probably a microtransaction! Most likely not earned through gameplay.
This is on top of $15 a month for what should just be included in gameplay. The craft bag. This is a gameplay mechanic that you have to pay monthly for or you lose it. You like hoarding resources in single player ES games? Not here! Not without paying $15 a month anyway and it's just as important as in those games. More so even.
That's on top of a yearly expansion that costs $40+ depending on the version if you want to play the newest content.

This is a perfect example of a decent or even good game ruined by corporate greed. It could be so much more than it is but they've chosen the path of mediocrity and price gouging. The only reason it has a decent player base and "Very Positive" reviews on Steam is because of the Elder Scrolls name. If this wasn't part of a massive, popular brand like Elder Scrolls, It'd be "Mixed" reviews or worse, and have a dwindling player base. This game is, in nearly every mechanic, just a worse Guild Wars 2 with a ridiculous paywall.

Vaaluin
1,200 products in account
0
Museum items?
Is there really nothing I can do with museum items unless I buy the Orsinium DLC? They're just stuck in my inventory unless I destroy them? I can't even just buy it off Steam? I have to buy these stupid crowns? I guess that's what you get for an MMO, isn't it?...
8 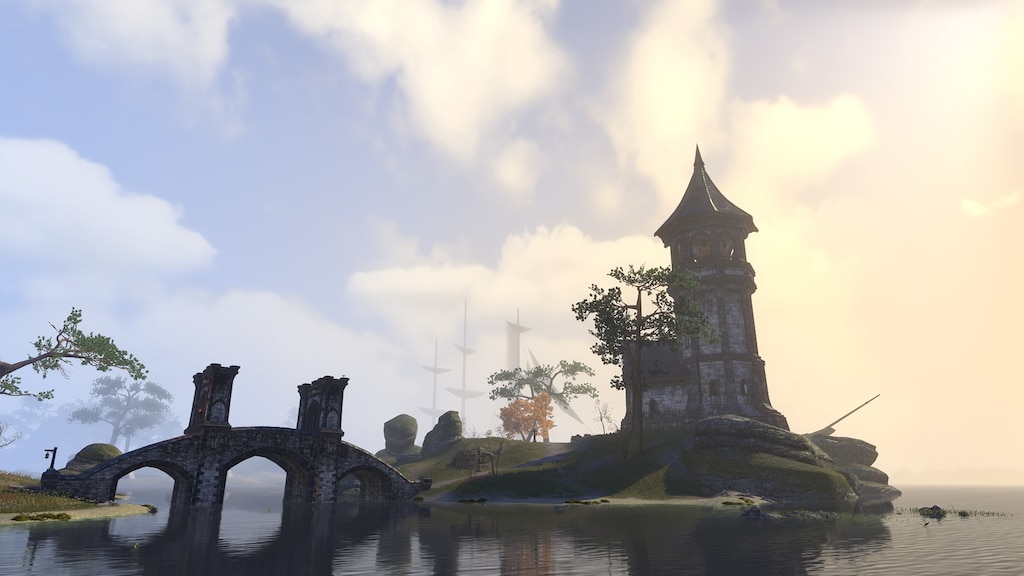 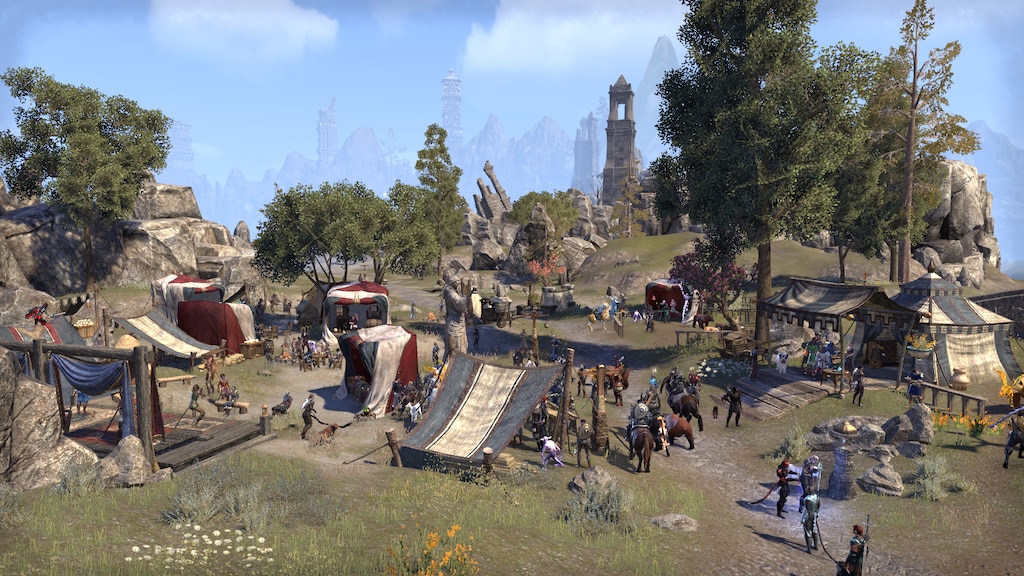 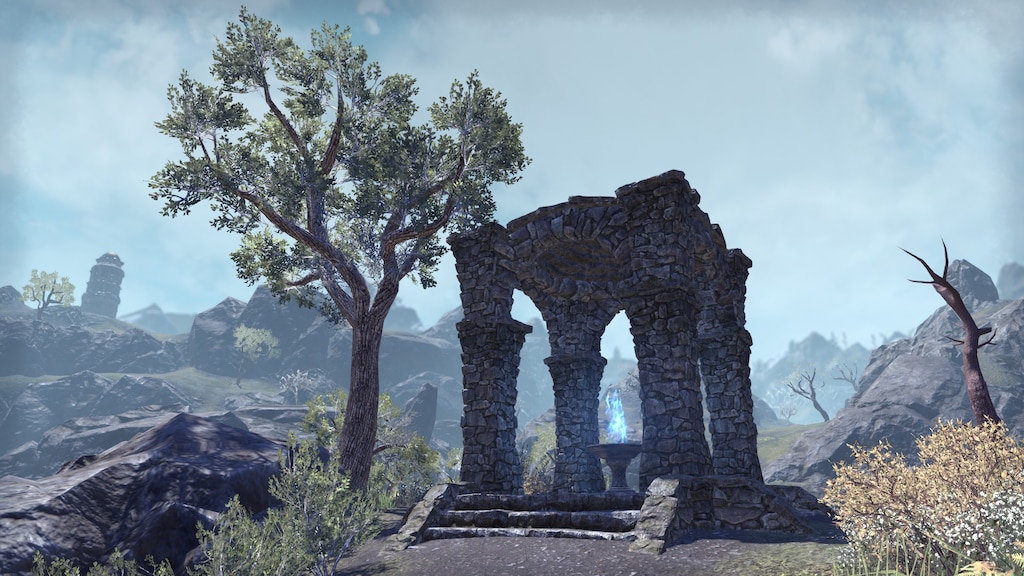 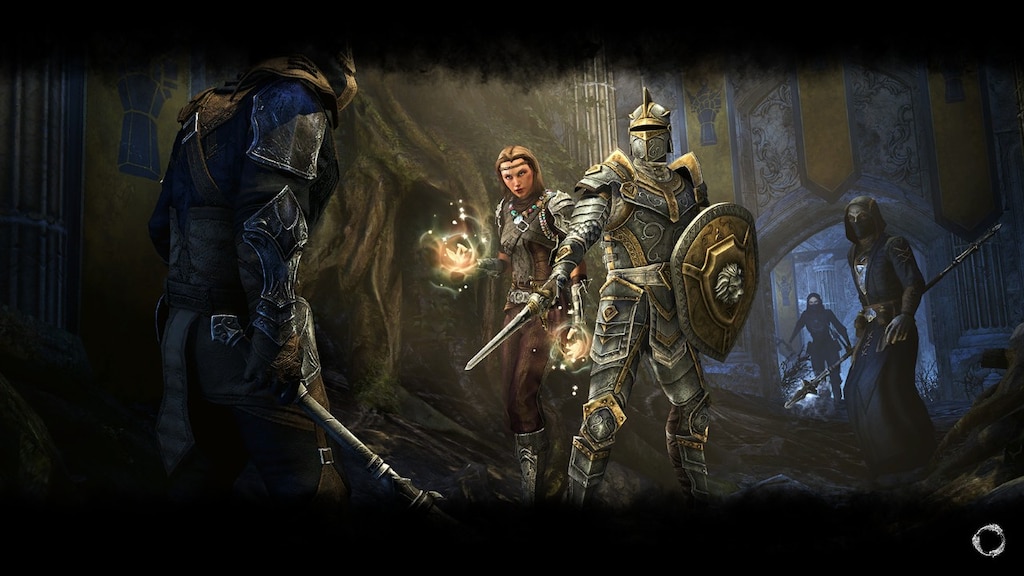 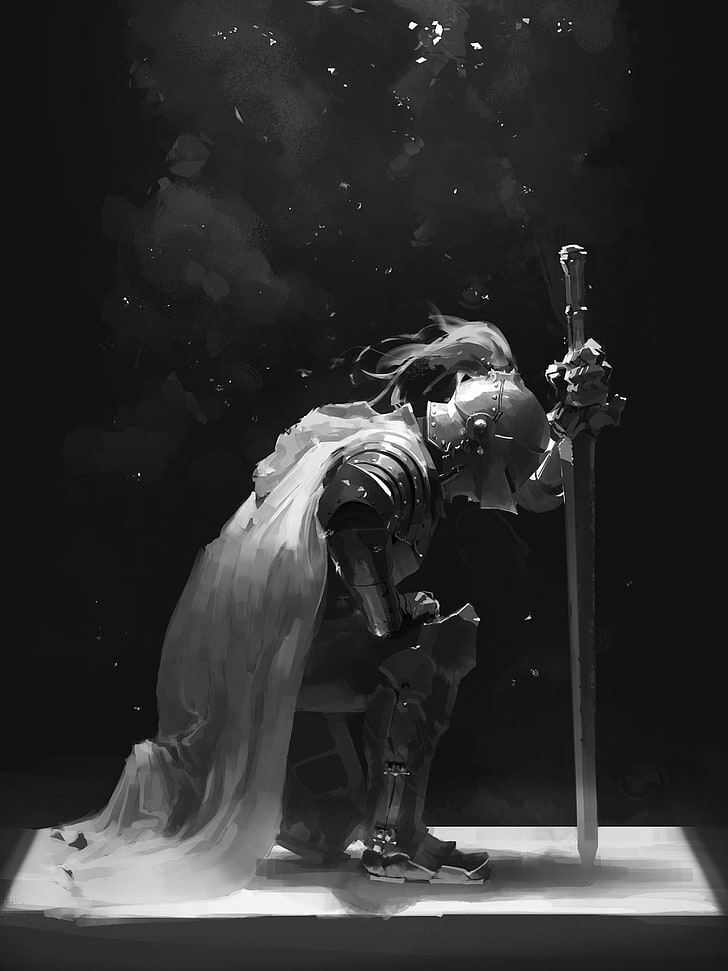 0
0
For the Horde! .. sorry, for the Daggerfall Covenant!

Recommended
46.8 hrs on record
Just a mild thumbs up from me. I really want to like this game since I adore Morrowind, Oblivion and Skyrim, but I just don't care about MMO's.

I mainly play ESO for the story, the world and the music. Most of the great things of ESO are things you recognize from the singleplayer Elder Scrolls games. It's good at times, but the MMO style fetch quests do get boring and drag out some potentially interesting lore.

Give it a chance if you care about Elder Scrolls, but don't expect a multiplayer version of Skyrim.

Recommended
145.3 hrs on record
This game is holding me hostage. 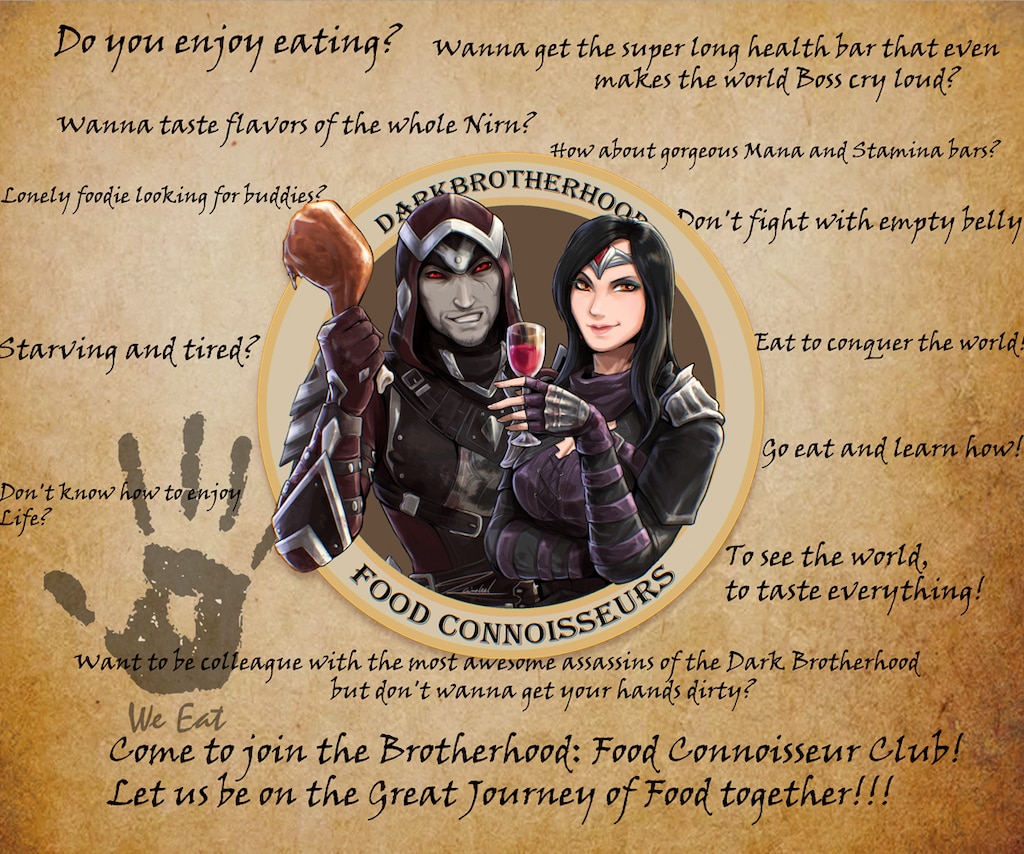 0
1
Food Connoisseurs Of the Brotherhood 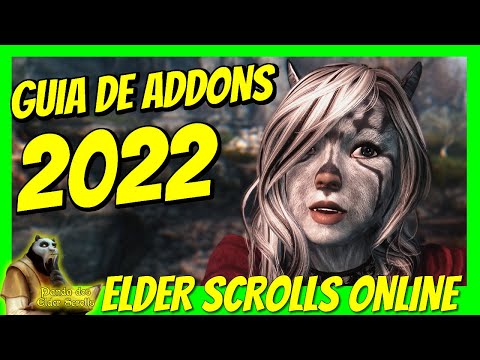 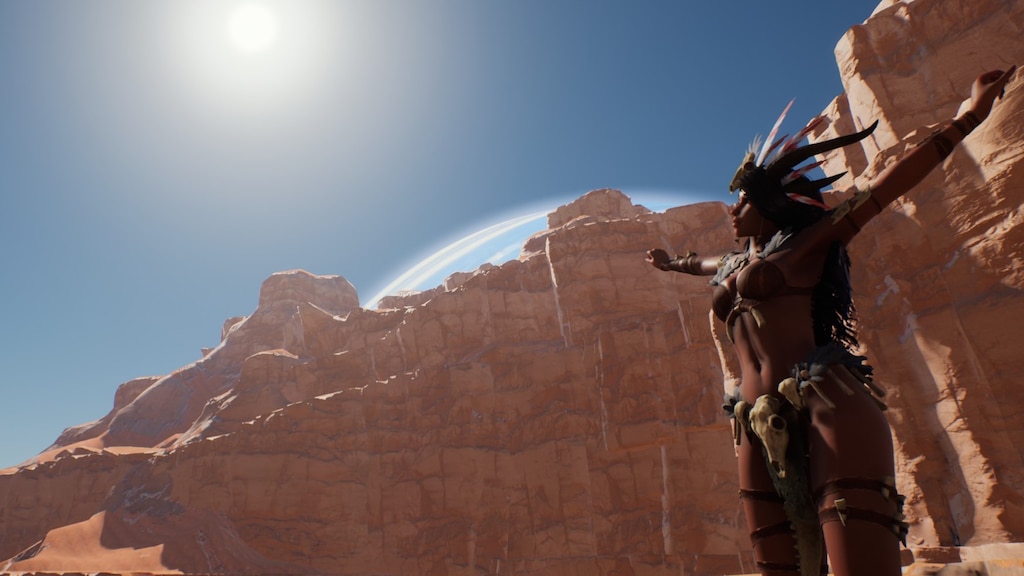 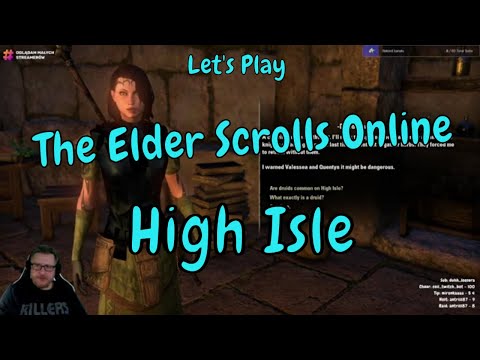 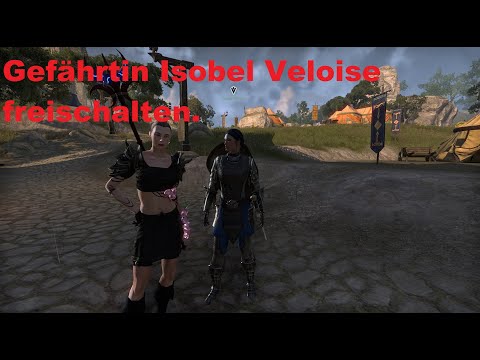 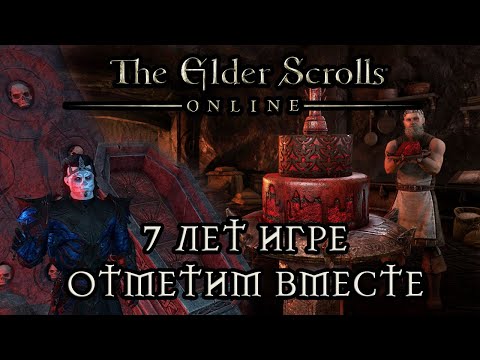 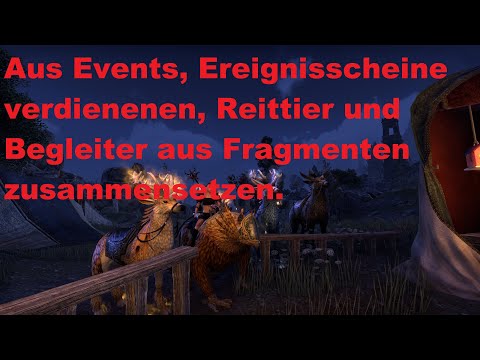