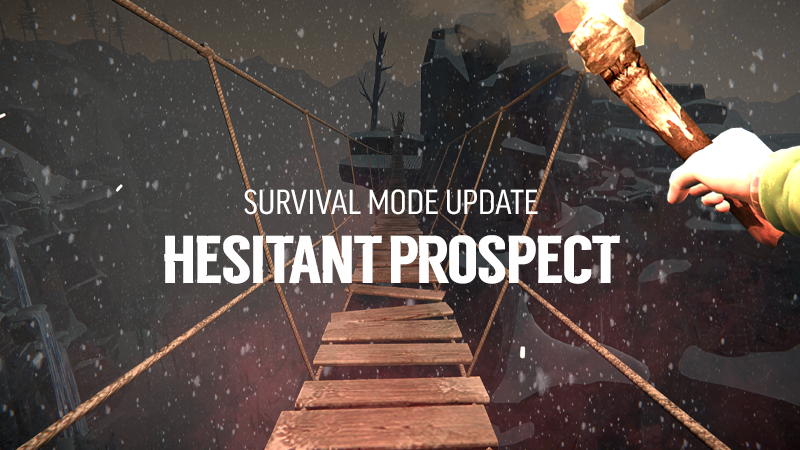 We’ve released our v1.93 (71192) Hotfix for The Long Dark. If you encounter any issues while playing The Long Dark please visit our Support Portal[hinterlandgames.com].

We’ve released our v1.92 (70699) Hotfix for The Long Dark. If you encounter any issues while playing The Long Dark please visit our Support Portal[hinterlandgames.com]. 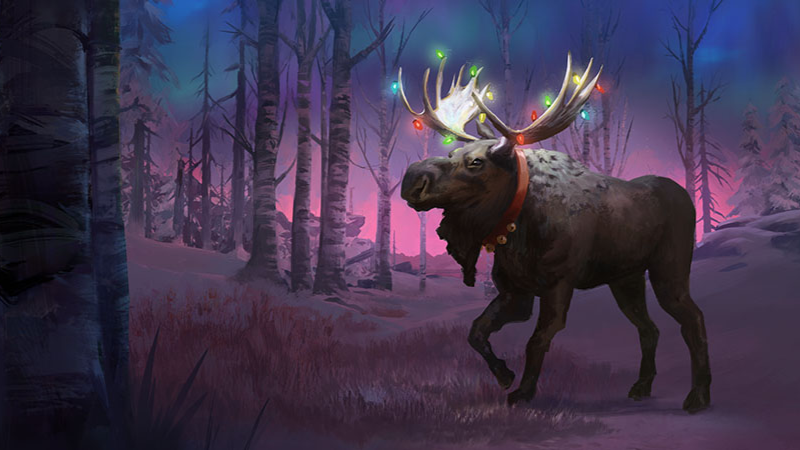 2020 has been a tough year. But we're nearly through it. And in a year of a global pandemic, we were still able to ship two major updates to Survival Mode, two seasonal events, and launch the game on Nintendo Switch. We also made a ton of headway on Episode Four, which we're excited to share with you in 2021. And in case you missed it, make sure you take a moment to try out the new content we added in our recent update, HESITANT PROSPECT.

This is a good moment to remind you that the team will be off between December 21st and January 4th, and while we have some light support coverage during the holidays, we'll mostly be resting up and enjoying time with our loved ones before we embark on our ambitious plans for 2021.

We really appreciate all the support we've received from you throughout this year. We hope that The Long Dark brings you some seasonal comfort over the winter holidays, and we look forward to seeing you all back in January.

On behalf of the team at Hinterland, we wish you a safe and enjoyable holiday season, and all the best wishes for 2021.

We’ve released our v1.90 (70139) Hotfix for The Long Dark. If you encounter any issues while playing The Long Dark please visit our Support Portal[hinterlandgames.com]. 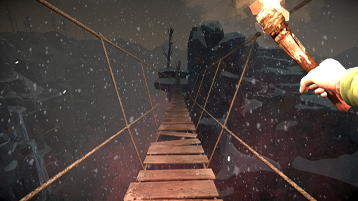 The Long Dark’s Survival Mode has just been updated to a new version, HESITANT PROSPECT.

Far on the other side of Timberwolf Mountain is a difficult-to-reach area defined by steep cavernous walls and burned-out forests. If you can navigate your way through the treacherous landscape, you might find an abandoned mine that hides treasures worth more than gold to any survivor. Just be careful when crossing the harrowing rope-bridges. It’s a long way down!

CRAMPONS, left behind by an intrepid climber who ran out of luck. Wearing these helps prevent sprains, and makes it easier to travel over Weak Ice.

A TECHNICAL PACK adds a permanent capacity buff to your Survivor’s inventory, giving you a little more breathing room as you carry your life-saving supplies around on your back.

HESITANT PROSPECT also presents an updated version of the popular ESCAPE THE DARKWALKER Halloween event we launched this year.

You are being hunted by a malevolent invisible force. Use special paint Glyphs to buy yourself time to escape. Time spent in each region counts down towards toxic green fog appearing which will slowly suffocate you. You must BANISH the Darkwalker before you run out of time!

Completing the Darkwalker Challenge unlocks a new Darkwalker Feat, which, when enabled in Survival Mode, gives you a stamina boost at night, while draining stamina during the day.

You can now set up your custom Survival games so that day never comes...

We’ve made some quality of life improvements to the game’s Front End, including the Region Selection menu. You’ll also notice that we’ve updated the game’s Main Menu in honour of HESITANT PROSPECT, and moving forward every major update to the game will come with a new Main Menu that reflects the latest new content.

We’ve released our v1.87 Hotfix for the ESCAPE THE DARKWALKER event. If you encounter any issues while playing The Long Dark please visit our Support Portal[hinterlandgames.com].

A big part of any of these events is player participation and we would love to hear about your experience playing ESCAPE THE DARKWALKER in our event subforum[hinterlandforums.com].

Something is hunting survivors in The Long Dark and it’s not just the game’s usual wildlife. Running from October 29th to November 12th The Long Dark players will be stalked by a mysterious entity in our latest Halloween Event: ESCAPE THE DARKWALKER.

As you’re playing the event feel free to talk about it and share your best survival times on our forums[hinterlandforums.com], or on social media using the hashtag #DARKWALKER.

To help you survive for as long as possible in this event we’ve put together this information. Follow them and you may delay your death a little while longer.

Game Over
We hope you have a frighteningly good time this Halloween in The Long Dark as you play Escape the Darkwalker. Let us know what you think of the event on our forums[hinterlandforums.com].

With the Switch launch[thelongdark.com] behind us, I wanted to update you on our activities around THE LONG DARK for the remainder of this year. 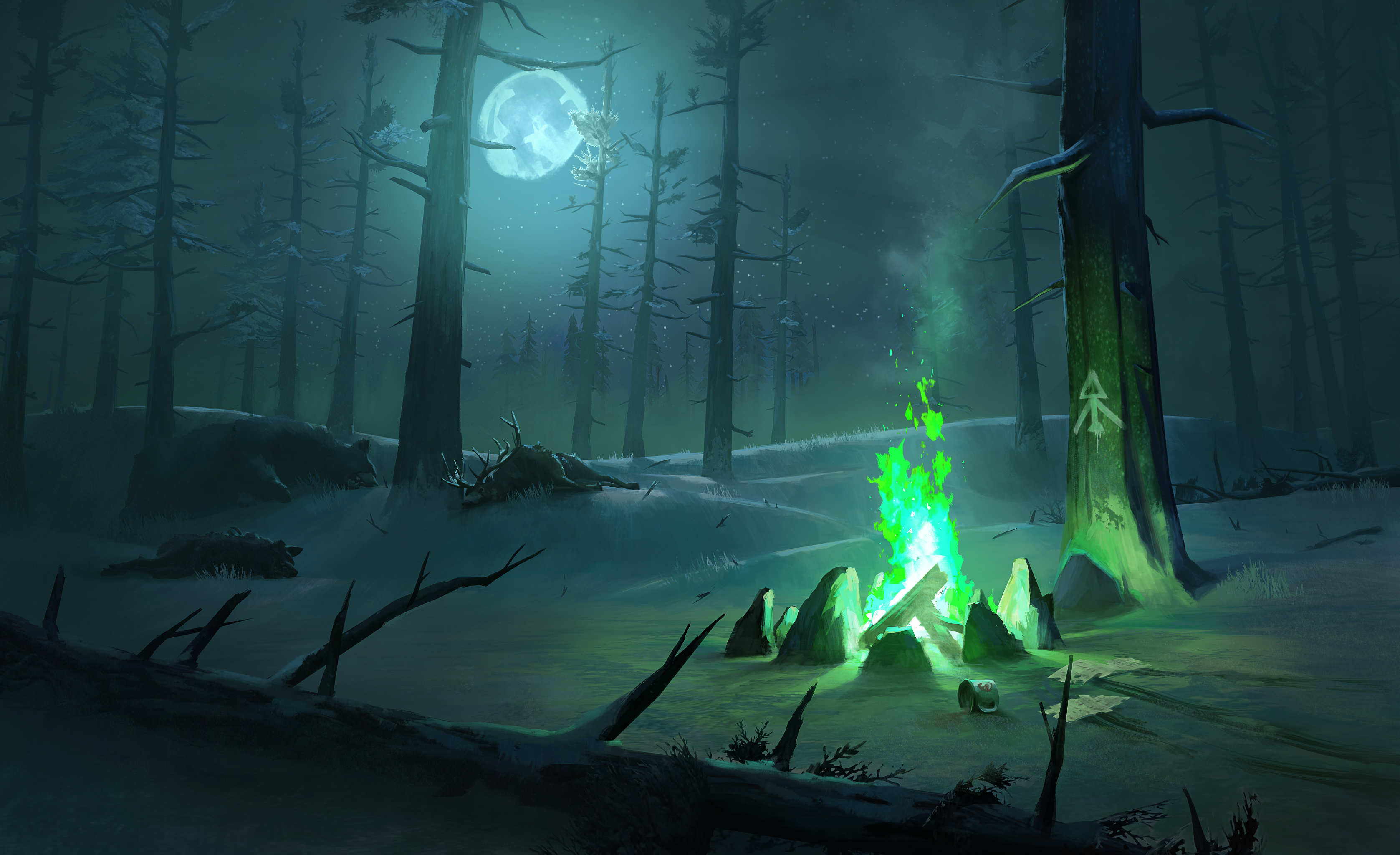 This year’s Halloween event, ESCAPE THE DARKWALKER, is different from what we’ve done in the past. In broad strokes:


You can run but you cannot hide! Walls won’t keep the Darkwalker out. So your success depends on the route you take through the world, and how you manage your sparse GLYPH resources.

Why did we decide to switch up the traditional FOUR DAYS OF NIGHT formula? We took on your feedback about the last few iterations of our annual Four Days of Night Halloween event. One of the consistent things we heard was a sadness around missing the timed event for various reasons, or the fact that it was hard to get all the badges without playing every single day (I mean, we *want* people playing The Long Dark every day, but sometimes life gets in the way!).

We also wanted to freshen things up this year and do something different that would perhaps embrace a bit of a stronger “horror” vibe than we normally would in the game. Halloween is a fun holiday and this gives us the opportunity to play around with ideas that might not make as much sense in core gameplay, but can provide a lot of suspenseful enjoyment for our players!

ESCAPE THE DARKWALKER runs from October 29th to November 12th. Participating in the event earns you some special unlocks, including a new Custom Mode unlock: Endless Night.

DECEMBER SURVIVAL UPDATE
We’re working on a new update to Survival mode, for a planned December release. This update will include a variety of UI improvements, some tuning changes, and two new gear items, but the highlight will be a new region: ASH CANYON. We’ll release more details as we get closer to the update, but this piece of concept art might give you some ideas. 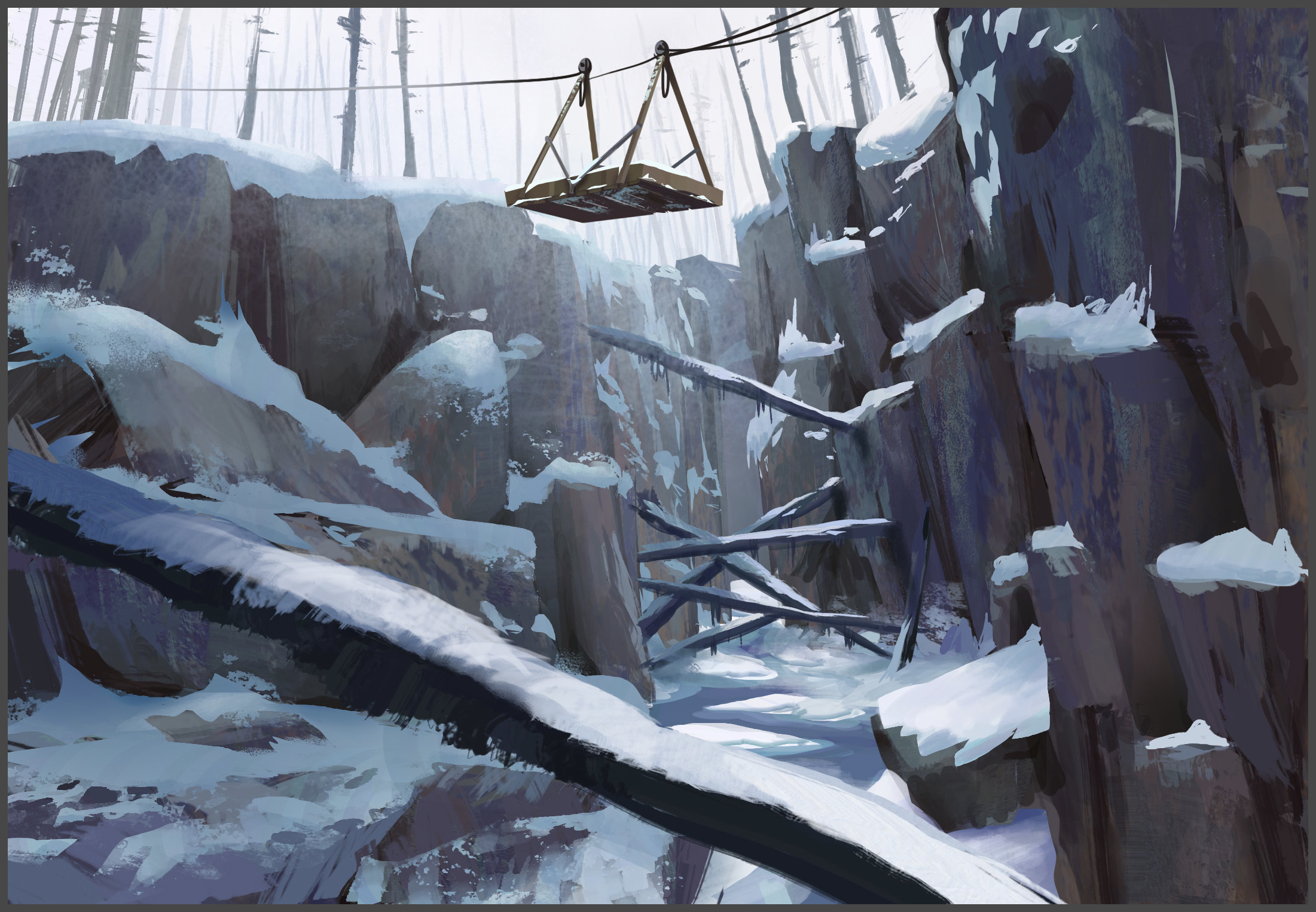 EPISODE FOUR
The team’s been working hard on Episode Four, and as I outlined in my last developer diary[hinterlandforums.com], we have delayed the episode until 2021 due to COVID. Look for an update on episode progress some time in January.

HOLIDAY SHUTDOWN
Just an early reminder that the whole Hinterland team takes an extended holiday between Christmas and New Year. We’ll share the dates closer to the holiday. During this period, support and test resources will be limited, so we appreciate your patience as it will take a little longer to respond to any reports you send through the Support Portal[thelongdark.com].

We’re looking forward to seeing what you think about ESCAPE THE DARKWALKER. Get ready, and have fun with it. 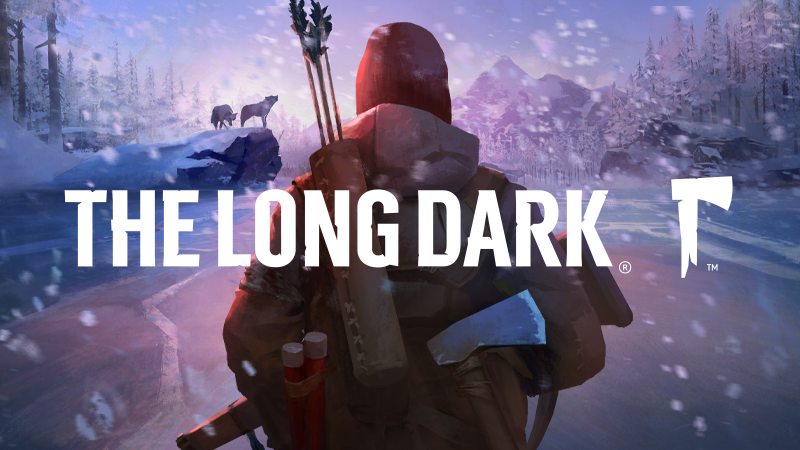 After a long slow-burn development process, we’re happy to announce that The Long Dark is now available on Nintendo Switch!

For the first time ever, you can take The Long Dark with you wherever your own exploration takes you, with all of Great Bear Island in your hands and all the experiences contained in the WINTERMUTE Story Mode, as well as our award-winning Survival Mode. Whether you’re sitting at your desk, on your couch, or on the road searching for your next shelter, you’ll have the same innovative exploration-survival experience regardless of what platform you’re playing on.

For more information on The Long Dark on Nintendo Switch, including the announcement trailer, please visit www.thelongdark.com/switch

Keep in mind that your purchase of The Long Dark entitles you to all five episodes of WINTERMUTE (with Episodes One, Two, and Three currently available, and Episode Four around the corner; new episodes will be automatically unlocked as they become available), as well as regular bug fixes and updates to Survival Mode along the way.

Head over to the Nintendo eShop[www.nintendo.com] and venture into the Quiet Apocalypse of The Long Dark! And if you’re a journalist or a streamer and are interested in giving The Long Dark a try on Switch, please contact us here.

We hope you enjoy The Long Dark on Nintendo Switch!