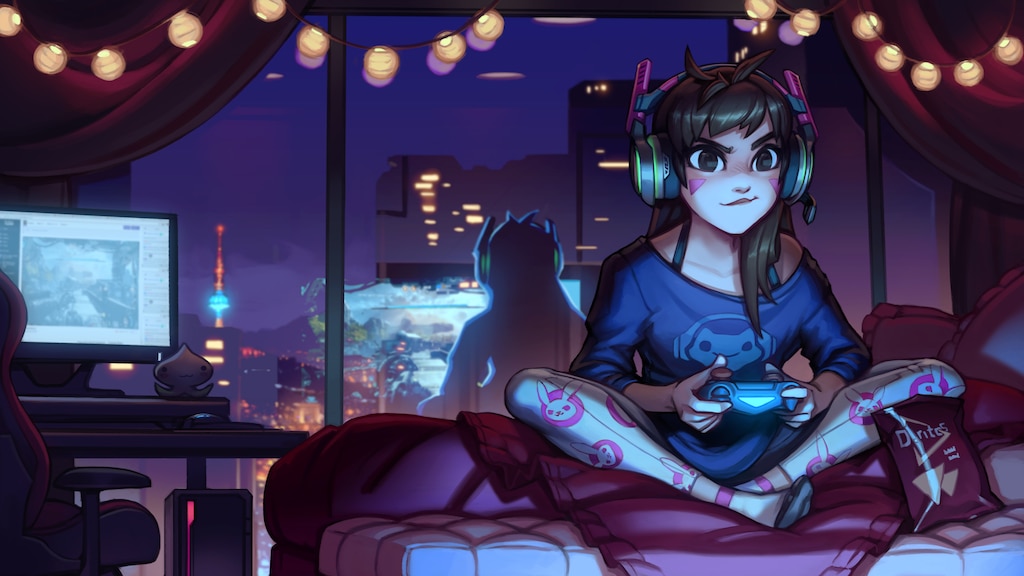 4
60
When you play Call of Duty after Overwatch

Big Eyed Bunny
View artwork
zombie keys
what is the fastest way to get keys? i only seem to get the same amount every game.
1

StaYFrostY
View artwork
Easter Egg Hunters!
calling all zombies players! we are building a big community server for all zombies players, to help with achievements, Easter eggs, high rounds, or just casual play. If you want to be added just drop your discord tag below!
26

Recommended
15.7 hrs on record
”It’s time to raise the black flag and start cutting throats.” – Capt. Reyes
With its yearly releases, Call of Duty became one of the most prominent first-person shooters that is, however, constantly accompanied by mixed feelings and double-edged critique. Rightfully so, I might add, as the series tends to tiptoe around, bringing just the minimum innovations and changes, thus not differing enough from its – by now familiar – roots.

Yet, Infinite Warfare tries to break this stale cycle by fully venturing beyond the Earth’s exosphere, letting you visit numerous celestial bodies of our Solar System. Even though this approach finally replaces the bland semi-futuristic setting of its predecessors, it still fails to commit to this new, almost limitless potential. As if the fear or laziness hampered the willingness to take advantage of this fresh premise.

The campaign suffers from that the most, and I often found myself stuck with ambivalent thoughts, not being able to decide whether to praise or scold the game for its presentation. However, claiming that I did not enjoy my time with it would be a blatant lie—it still manages to provide a thrilling, action-packed experience that other big franchises fail to recreate in such an enthralling manner.

At least the start is promising.

As a member of the Earth’s special forces, you drop into an icy moon of Jupiter – Europa – to seize back weapon prototypes from a militaristic Mars. You fail, though, and Martians quickly obliterate your squad and cripple the allied fleet, forcing you into guerrilla warfare. Is it a simplistic premise? For sure! Being put in the “last hope” kind of role that fights against injustice and oppression is nothing imaginative, but due to its pompous presentation, it hooked me right from the beginning.
https://steamcommunity.com/sharedfiles/filedetails/?id=2810469674
However, the narrative and its characters dragged down my excitement soon, turning this journey into a problematic one. That is mainly a fault due to the depiction of the antagonistic Mars, along with the main villain – Admiral Kotch – portrayed by Kit Harington. He behaves like a mundane caricature with one and only motive: to destroy everything. Moreover, Kotch is obsessed with threatening you every few minutes via his never-ending speeches. It perhaps was intimidating the first time but became tiresome the ninth one. And his irresistible urge to finish every piece of monologue with “Mars aeternum.” is just a cherry on top! I guess it is a tad bit better than his “I don’t want it.” from the Game of Thrones series, but it is still kinda cringeworthy.

Unfortunately, your companions are not much better, as they represent the basic military tropes. While most characters in the franchise are guilty of that too, they at least gave me a feeling of an existing comradeship before. Yet, Infinite Warfare fails at doing so, mainly because its moments, which are crucial for the character development, are presented way too early, late, or not at all. Thus, I honestly did not care about anyone or anything. I was there just to kill the baddies. That is a shame, as it certainly had the potential to deliver a more memorable experience.

Despite these glaring issues, the playthrough is still satisfying; a constant flow of different environments helps with that, as galavanting on the surface of the Red Planet, floating between asteroids and spaceships’ debris, or participating in space battles always looks, sounds and feels astonishing.

Moreover, the gameplay tries to reflect on these changes, either by providing new possibilities or changing the missions’ approach. Partially, at least, as the core is still the same, meaning that you will venture through a bunch of linear corridors, chaotically shooting at everything that moves, taking cover from deadly explosions and witnessing your pitiful allies dying. That is all I need, though—a simple yet captivating action. However, Infinite Warfare tries to spice things up by putting you in control of your own customisable jet, which breaks this gameplay loop a bit; in some missions, it even combines these two approaches, placing you in frenetic dogfights, followed by the boarding of the command ship. That is where this title shines the most, as such thrilling encounters do justice to the game’s setting.
https://steamcommunity.com/sharedfiles/filedetails/?id=2810470155
All of that is done during the main missions, but you can also participate in several side ones, where you can hunt commanding officers, cripple their supplies or destroy some lonely battleships. Even though these tasks are relatively simple, they are set in new locations, so there is still something new to discover. And their biggest plus is that they will spare you from Harington’s blabbering!

Your weaponry can be customised before each of these missions, but there is truly not much to do. A classic menu of assault rifles, shotguns, and such, awaits you. Not that they are boring to use, but I expected a bit more experimentation due to the futuristic setting. Sure, Infinite Warfare tries to do so at times; for example, you can use a heavy laser that literally melts your foes, or you can hack hostile robots and control them. There is even a grappling hook that is useful for a fast movement between debris in the vacuum or for performing sweet finishers on lone enemies. That is all enjoyable; it is just something that I have seen numerously in these games, so the lack of fresh ideas is a bit saddening.
https://steamcommunity.com/sharedfiles/filedetails/?id=2810469264
At times, you can use the environment to your advantage. The infamous red barrels are naturally present but destroying a random window is a more intriguing option, as witnessing how it sucks out both air and soldiers, who proceed to suffocate, is both hilarious and satisfying.

Taking all of that into account, it definitely managed to deliver the action this franchise is known for.

The other aspect that Call of Duty is famous for is multiplayer. You know, those lovely sessions where dozens of kids claimed to have intercourse with your mom, followed by incomprehensible screaming, after which they suddenly drop out due to their parents setting them straight. That sounds so alluring, right? There is one tiny little problem, though—the multiplayer is dead. While you can play its game modes against artificial intelligence, it can hardly make up for competing with people. You can also hop into a zombie mode, which is playable solo, but I would not recommend it, as it was clearly designed for a squad, so it is rather unbalanced. Or I just suck. Simply put, do not buy this title for its multiplayer elements unless you have friends to play with.

Overall, it took me about thirteen hours to finish it on the Veteran difficulty, fully completing all of its side content; without that, it would take me about half the time. I surely expected a bit more from Infinite Warfare, as the lack of commitment to its potential disappointed me. Nevertheless, it still delivers an honest, thrilling and enjoyable experience, so it would be unfair to give it a thumbs down.

It is a good Call of Duty instalment, just not one of the best ones.

If you can comprehend more words than “Mars aeternum”, then feel free to check out my curator, Blue Lips and their Quips! 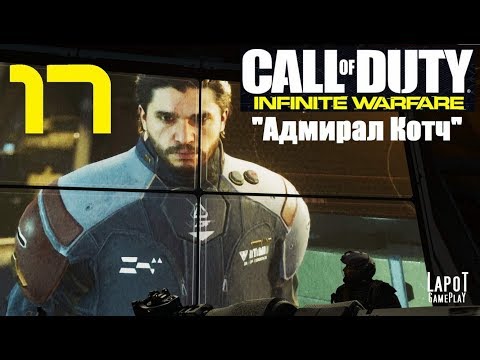 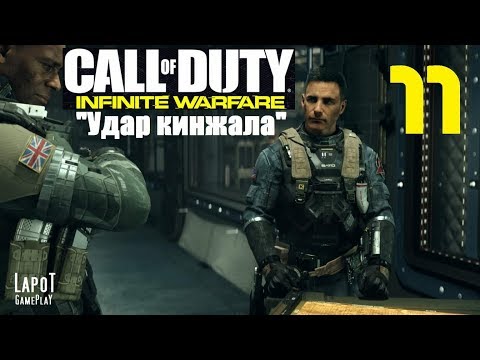 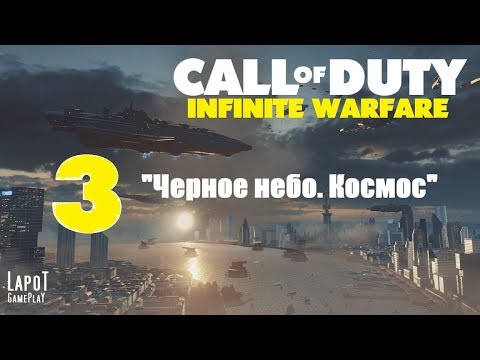 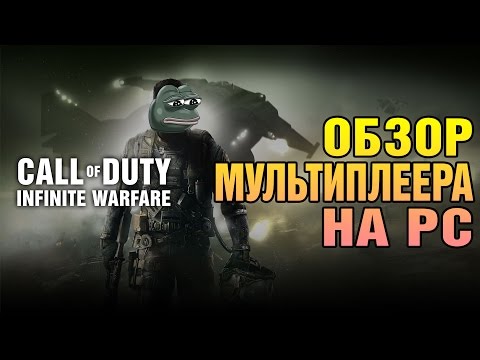 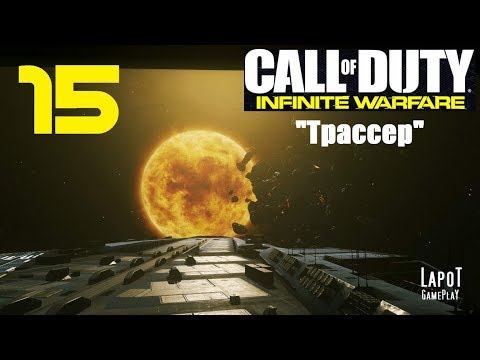 LapoT
View videos
Fastfile error?
Been about 1-2 months since i last played and after getting back on again I get the error "Our level fastfile is different from the server! Aborting connection." when a match starts. Everyone seems to get kicked when i look at recent players so its not just me, but what would be causing this issue?...
22 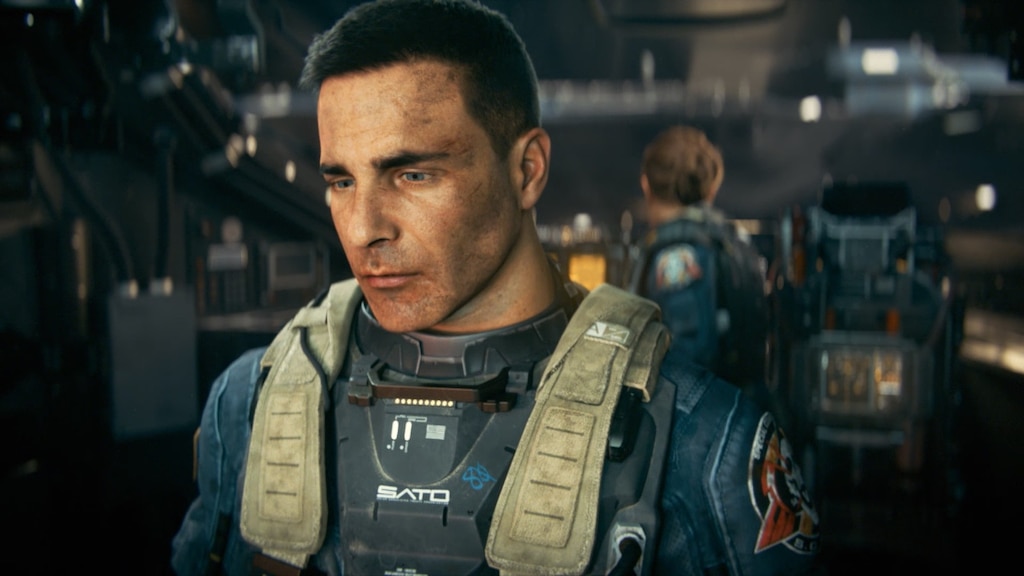 Ultimate Zombies Guide
Everything you need for every zombies map, power guide, pack-a-punch, wonder weapons, and easter eggs. This a huge project for me and 50% of this is work in progress. Most of the info is taken from the codzombies subreddit guides, Youtube videos, and other... 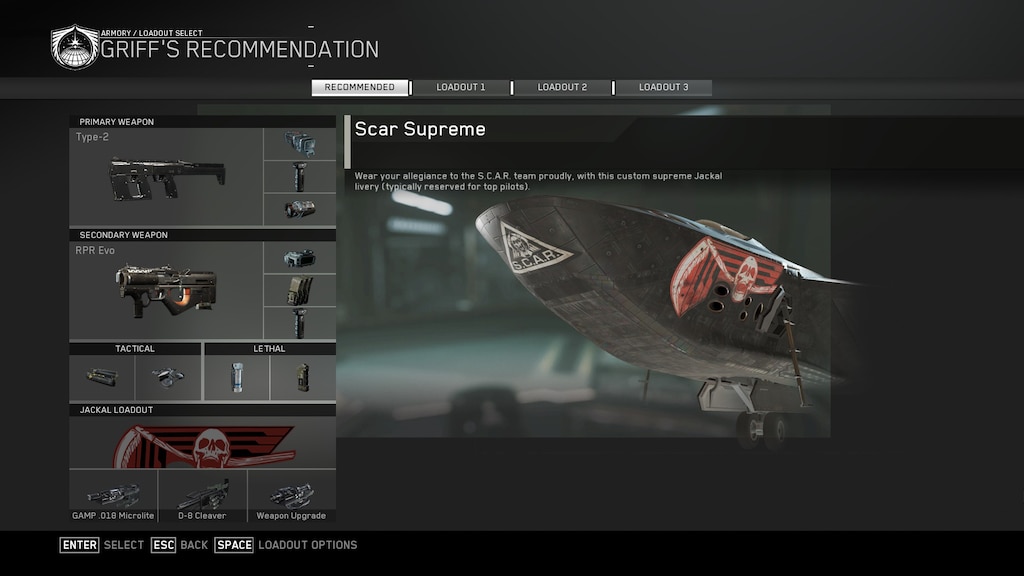 TOOSQ
View screenshots
anyone down to play zombies?
Havent played IW zombies in a long time, but got it for pc awhile back and havent touched it since. would be great to get a few people to play with, not familiar with ee but would be down to learn
2

ALL YOU NEED GUIDE TO SHAOLIN SHUFFLE
This guide will hopefully be the most comprehensive text guide to Shaolin Shuffle out there. My goal is to consolidate all the information for the map down to this one guide for everyone to enjoy!

Not Recommended
602.7 hrs on record
It doesent work anymore 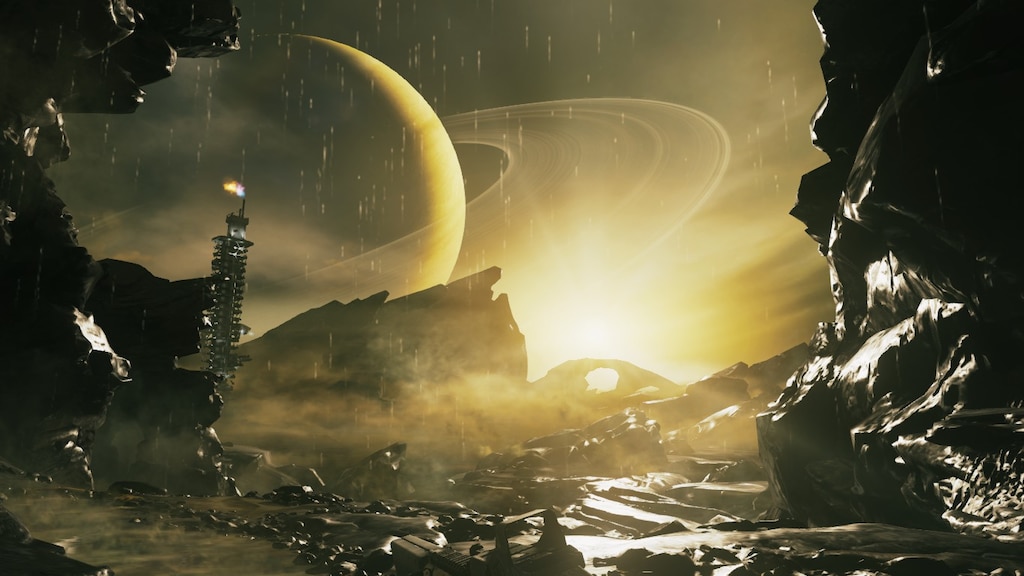 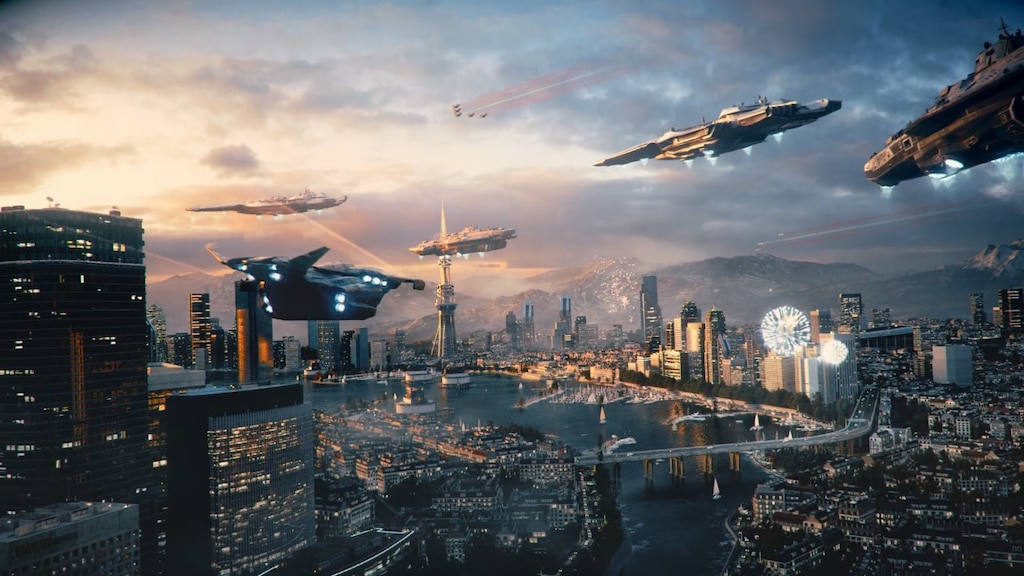 Not Recommended
72.4 hrs on record
Multiplayer is literally dead, not because of the Player base, but because of this error everyone gets when we load in into a game "Our level fastfile is different from the server. Aborting connection", when i got the game a week ago multiplayer was working fine, now whenever i get into a full pre-game lobby this error appears and boots everyone out. 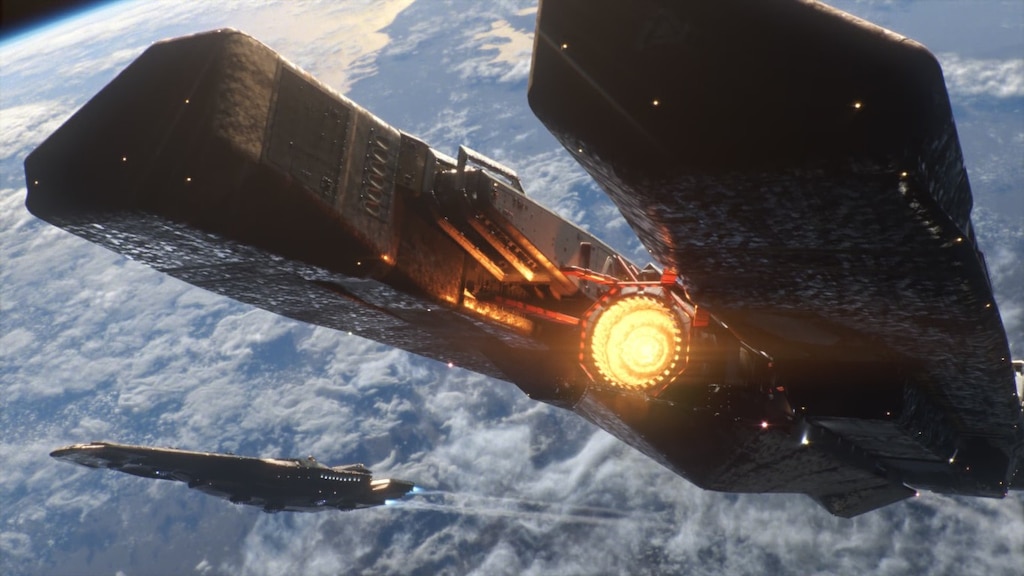