Explore a haunting, punishing island in this stylized 2D action RPG. Salt and Sanctuary combines fast and brutal 2D combat with richly developed RPG mechanics in a cursed realm of forgotten cities, blood-soaked dungeons, and desecrated monuments.
$17.99
Visit the Store Page
Most popular community and official content for the past week.  (?)
They seem to have forgotten the "But fair" part of "Tough but fair".
This is not my first time playing this game; been sort of going through replaying some of the more difficult platformers in my library back to back since I've been in a platforming mood. Many games can be described as "Tough but fair". By which, the meani...
16 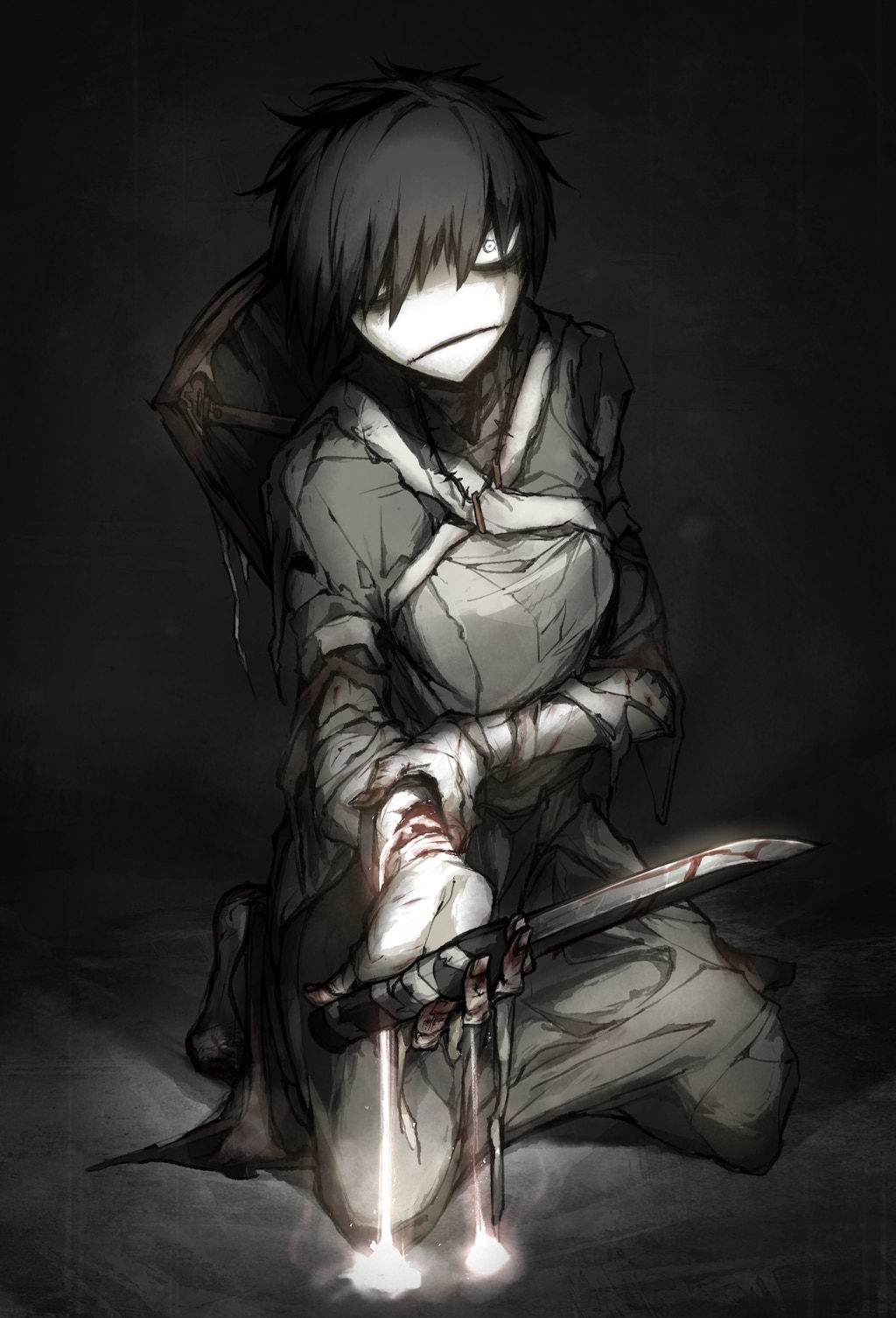 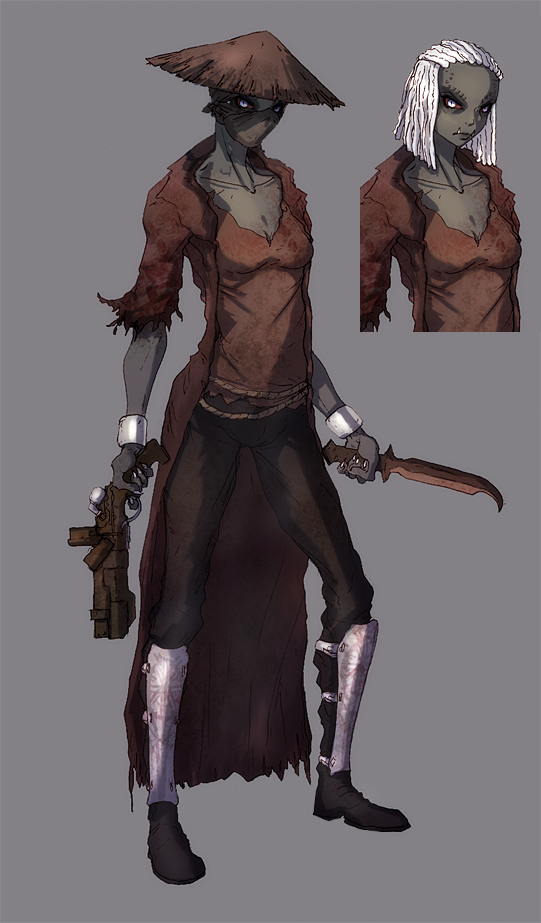 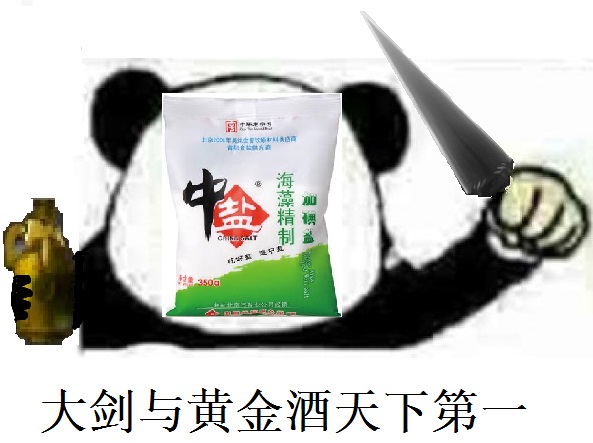 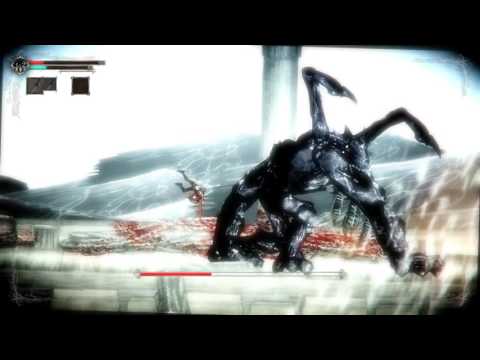 3
40
Salt and Sanctuary | The Unspeakable Deep|Thief 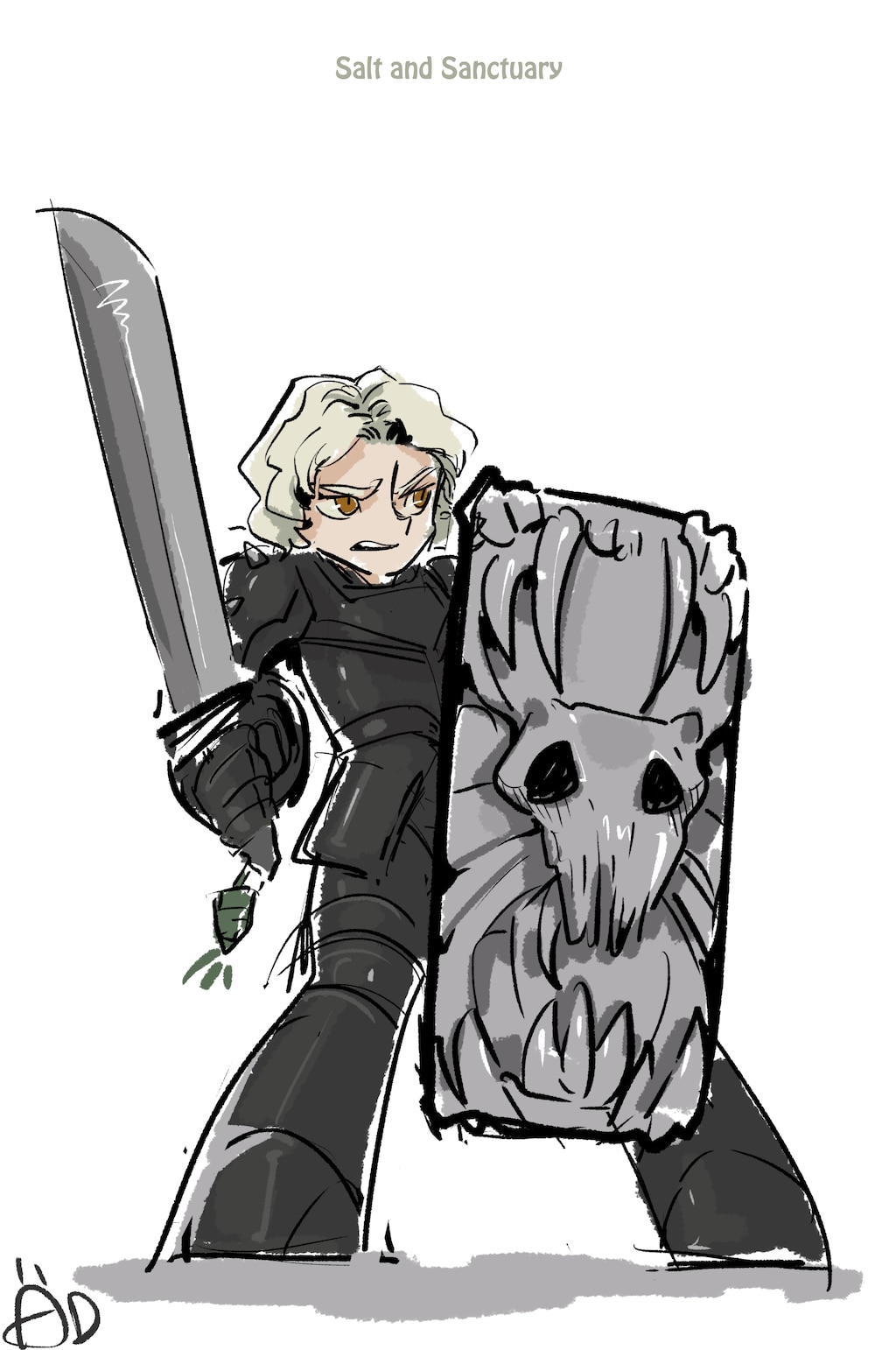 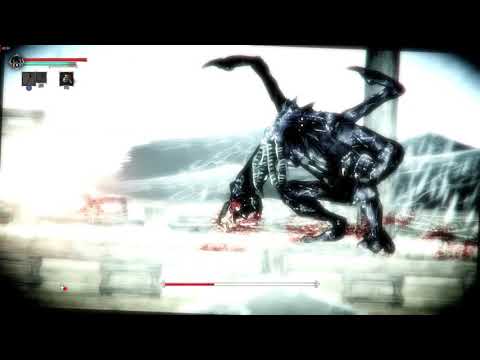 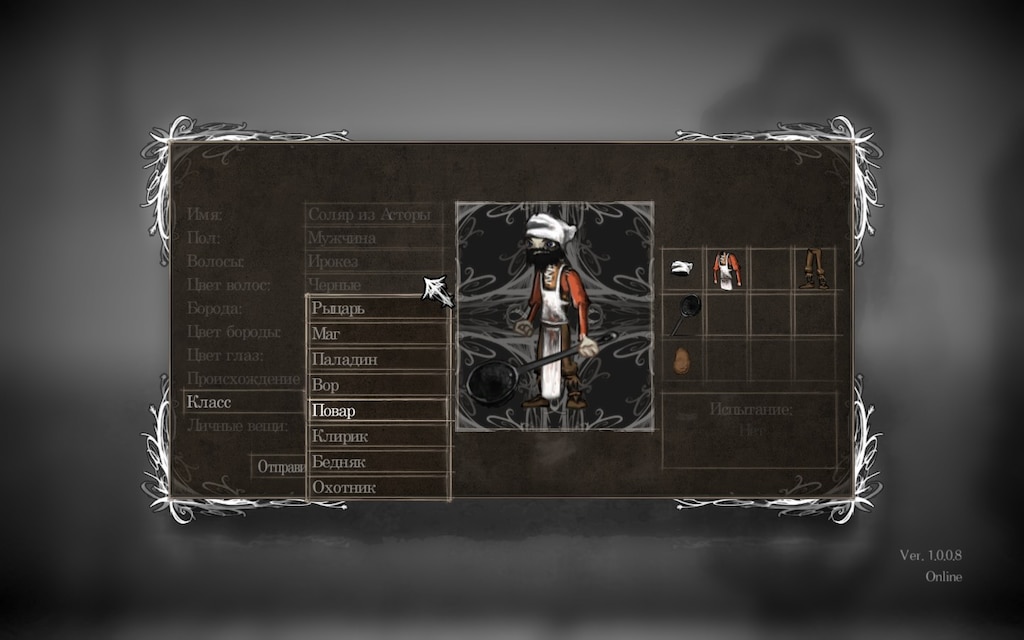 Build Planner
A link and information about the build planner.
2 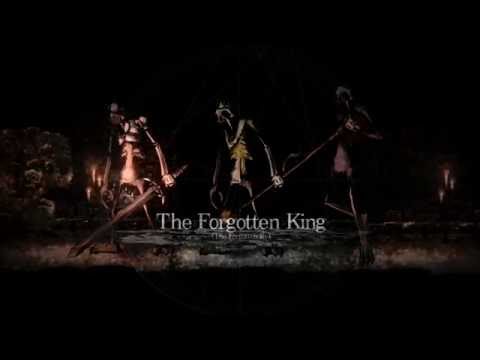 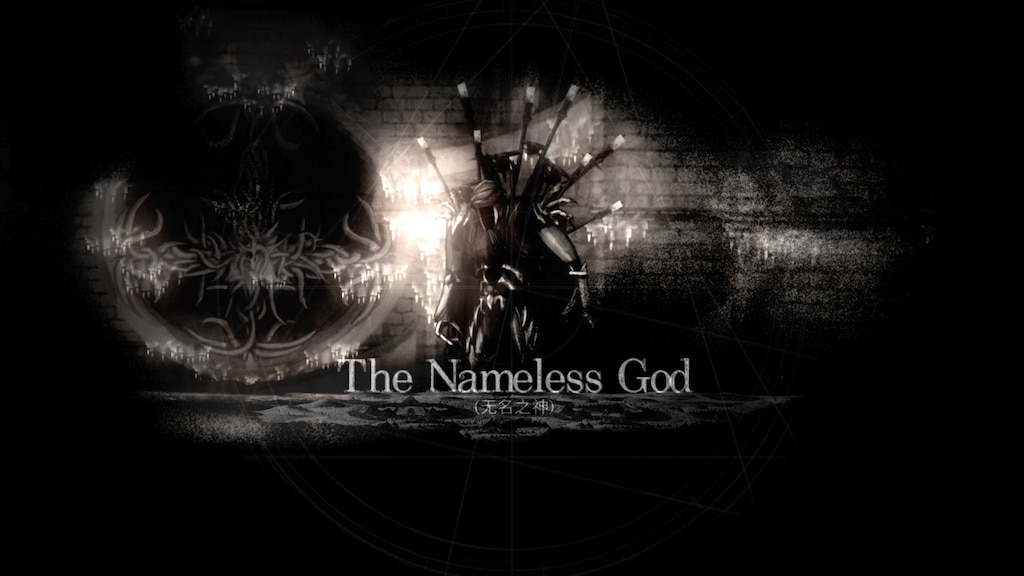 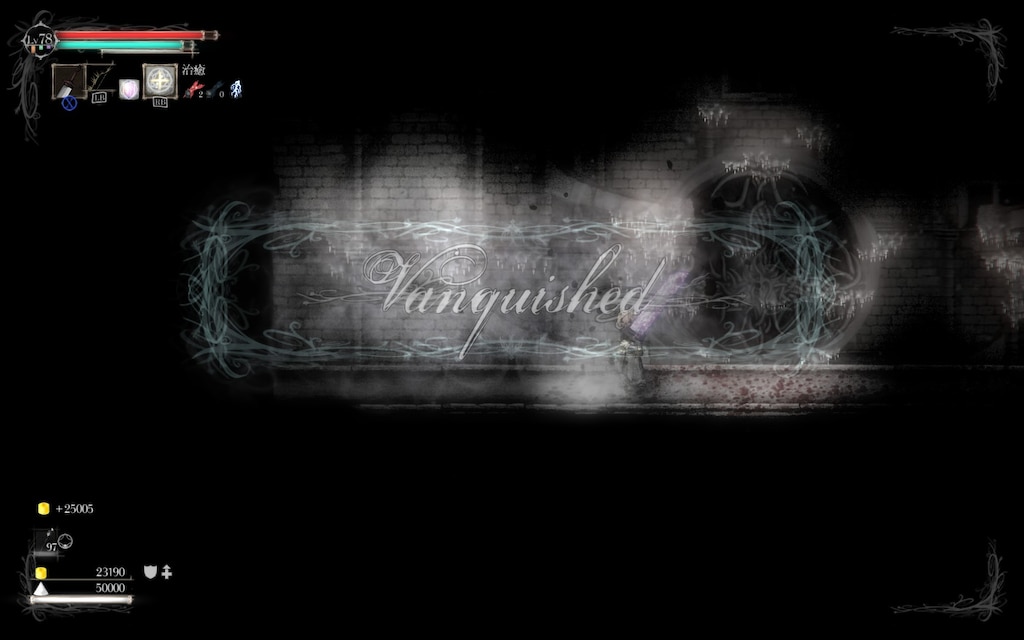 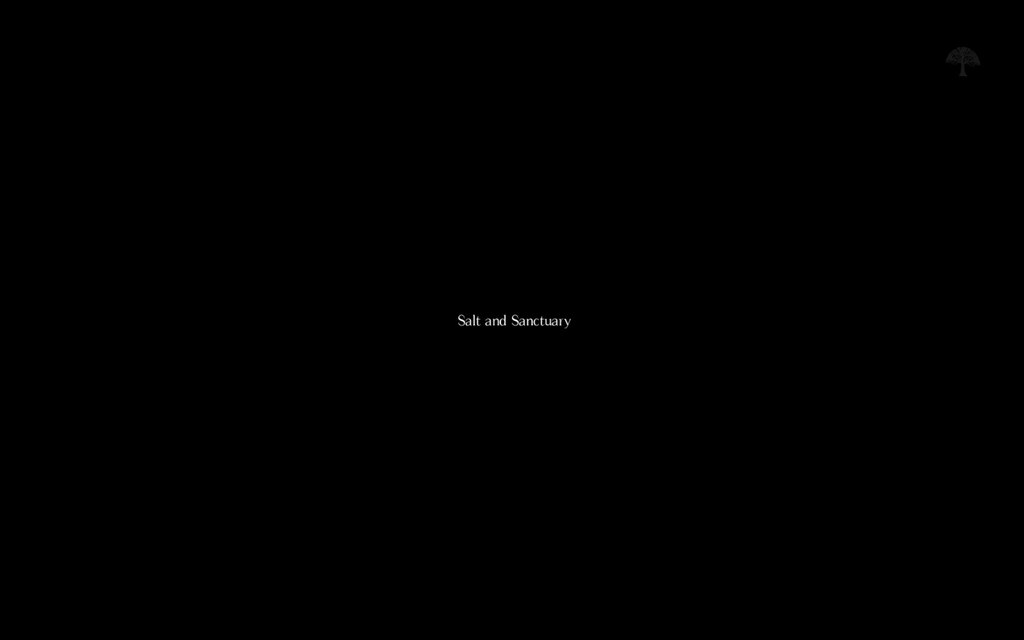 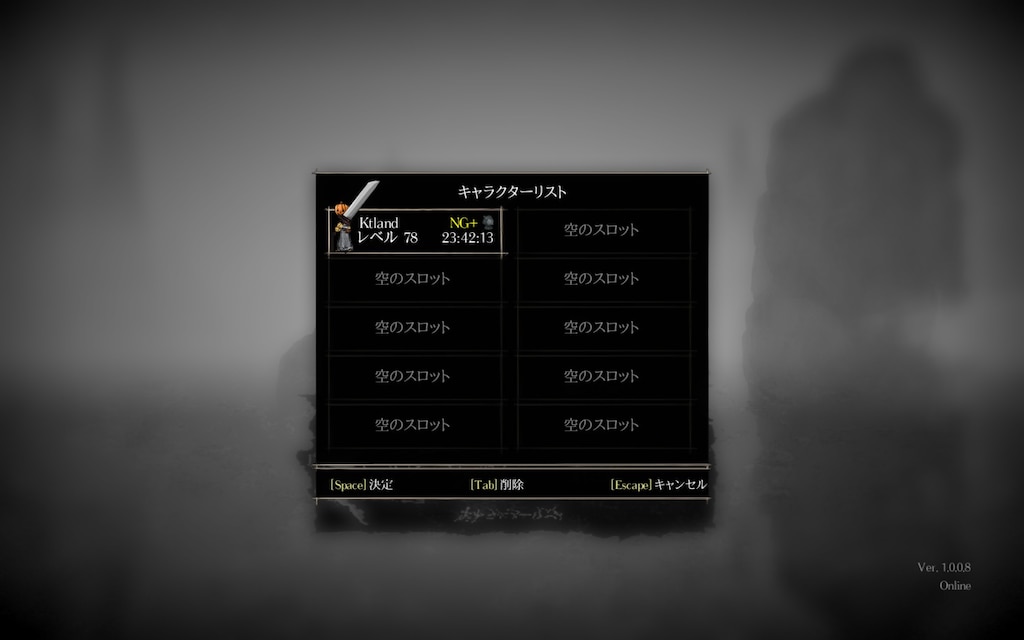 Not Recommended
85.1 hrs on record
Where to even begin with this game... I suppose to start off with, it wants to be 2D dark souls. It is not 2D dark souls. I've put a lot of hours into this game, but most of it was spent in frustration; I've beaten the game once, and tried all the main builds out at least to the midgame and the more you play the more you will learn that this game is a broken, unbalanced mess.

It is generally recommended to play the game naked because having a weight greater than 25% of your carrying capacity penalizes your movement speed and dodge distance. So, you either wear nothing, or a light pair of gloves for most of the game to keep your movement ability. If you want to wear some pants? Prepare to dump literally a DOZEN levels into endurance just to get four and a half more pounds of armor. Your weapon/shield/bow/gun also have weight though, so if you upgrade to a higher tier weapon, you may have to ditch your gloves.

Str vs Dex: Do. Not. Use. Dex. Weapons. Period. They are absolute garbage, and you will hit a brick wall where you cannot progress further because of it. in spite of the fact that armor is completely useless and you might think that a dex build would be ideal for lacking armor, dex weapons are the worst. Dex weapons do not have the weight behind them to reliably make an opponent flinch when hit, which makes it extremely difficult to land a hit on most enemies without them immediately hitting you in return. You almost always need to bait an attack, roll then hit once and roll again to safety when using a dex weapon. Meanwhile, Strength weapons hit harder, make enemies flinch, and have generally longer reach. Plus, strength weapons that are used in two hands get 50% more damage.

Rather than being two distinct styles with advantages and disadvantages to each, dex is simply objectively worse than str.

Magic vs melee: Much like the difference between Str and Dex, the balance between melee combat and Magic is completely messed up. While mages struggle in the beginning due to the starting spell being garbage and having no way to recover focus at first, making the start of the game an absolute slog to get through, the later spells make almost any enemy trivial and you will almost never have to worry about your focus running out.

Bosses: I made the mistake of thinking, at first, that the bosses were challenging but fair. But that was because my first couple times through the game I was, by pure coincidence, playing as the glorious chosen builds which the bosses are all designed around. When you branch out into one of the many, many other builds, or when you pick anything other than magic or heavy weapons, you come to find that many bosses will flat out counter your chosen build and it's too late to rebuild your entire character to use the kind of playstyle the boss demands you to use. The boss in question is different depending on the build you went with, but many builds will have at least one or more bosses which are brick walls that simply cannot be defeated without a half hour marathon of perfect dodges and some degree of precognition.

Platforming/enemy design: The majority of the gameplay is the platforming/exploration part of the game, where you run around and kill monsters. This is by far the worst part of the game. It alternates in extremes between being too easy and downright sadistic. The game leans hard on using player ignorance to it's advantage.

Most enemies are not actually hard to kill, nor are they particularly hard to deal with in general; but many, many enemies and especially your first encounter with them are designed explicitly to get a cheap kill, because the developers have this misguided idea that kill count equals difficulty. The few enemies that are hard to deal with are all extremely annoying and I will name them now

Hanged men: These have an auto lock-on attack which cannot be dodged or run away from. You can only stop it by hitting them. However, they can fly outside of your reach if you aren't a mage, making the attack basically impossible to avoid in those situations. Worse still, the attack disables your character for several seconds once it hits, and if multiple hanged men attack at once, they can loop their attack infinitely so that you cannot regain control over your character until you die.

Angsty bones: Infinite teleport spam with invincibility. While materializing or while disappearing, these skeletons become invincible. So, you cannot simply hit them as they are appearing. If you wait long enough to hit them exactly as they materialize, they can instantly dematerialize to avoid your attack, leaving no frames of vulnerability for you to hit. If you attack them in general, they can teleport to avoid it instantly. And if they teleport next to you, they can hit you and flinch-lock you into a combo the instant they appear. They also chase you a ridiculous distance, and are positioned so that you must run through two of them to access most of Hagar's cavern unless you know about a leap of faith path to avoid them.

Literally any enemy with a grab attack: Grab attacks are just cheap BS. No matter which enemy does it, they all do an insane amount of damage, and disable your character long enough for every other enemy in the area to swarm you. If you try to hit an enemy going in for a grab, it does not stop the grab from happening, even if you kill the enemy, they will STILL grab you and pin you to the ground as they do their death animation.

Many other enemies have some gimmick that will make your first encounter with them turn into a BS cheap death because you had literally no way of knowing that they could do what they did, and their first appearances almost always set you up for an environment where their gimmick is the most effective it can be. Once you get past the required death though, or luck into accidentally doing exactly what you were supposed to do to avoid death, they are all trivial to deal with or just a normal level of annoying to deal with. Never fun though. Never ever is the game fun. It's nonstop annoyance from start to finish.

Interface Screw: For some reason, getting hit automatically changes the direction you are facing. This means, if you are swinging your weapon at an enemy and you get shot from behind by an arrow, you automatically turn around and attack the air.

Ledges have a stickiness to them which makes dropping down stressful. it almost never saves you from falling off by accident, but it will lead to your death many, many times due to your character refusing to move the way you want them to.

There are several leap of faith jumps in the late game, and they get worse the further you go, eventually having one area where you need to leap of faith jump onto specific platforms that are out of view or fall to your death if you miss them. This is not a challenge, it is just punishing the player for not being psychic at best, or blocking a player from ever finishing the game if they don't figure out that there is a leap of faith there at worst. Bearing in mind that death comes with gold and salt loss as a penalty, so most players will not want to yolo jump down every pit they see.


TL;DR: The game doesn't test your skill, it tests your patience.

Not Recommended
35.8 hrs on record
I was enjoying this game than realized there is no way to pause it

Redpyroangel
332 products in account
1
Pitchwoods/platforming
I am not much a a platformer. Any tips about how to get through Pitchwoods?
4

ehwil2
Feb 14 @ 10:29am
General Discussions
Where to go with my build
Hey guys how are you? Currently level 17 and so far I've specced my knight fully into fortified strength, sword level 3 and two extra poultices. But from here not sure where to go. I was planning on doing a no armor build because I like the speed of mov...
5

dannyaic
Feb 12 @ 11:24pm
General Discussions
Simple sack
"Your salt was stolen by simple sack" Wtf is that? Sacks can steal salt? Is there a way to return it?
8

Valkinaz
Feb 11 @ 4:44am
General Discussions
Which is harder: S&S or Hollow Knight?
Just out of curiosity, which game did you find more challenging between Salt and Hollow Knight and why?
6

Arthur Fleck
Feb 12 @ 2:24pm
General Discussions
No one has rated this review as helpful yet

Recommended
27.9 hrs on record
A decent game with a some issues. Not great, not terrible. Copies a LOT from Dark Souls.

Negatives after playing a melee-only playthrough:
-Horrible UI and menus. The main menu of the game is slow AF for no good reason. Inventory is random-ordered without the ability to order it. Accept/Cancel function is inconsistent; you cant Cancel out of NPC-menus. There was one occasion where i almost died because i talked to an NPC; I got attacked by a random monster and couldnt close the dialog. My only option was to smash A until the npc was done with its monologue, after which the NPC disappeared. I missed the dialogue. This is bad design.
-Balance: Heavy armor isnt heavy enough mechanically; you get interrupted and knocked back/down/around by the lightest hits regardless of armor.
-The biggest gameplay issue is hitboxes not matching animations. Way too often you get hit by attacks that you were clearly out of range of, while not hitting enemies with attacks that visibly go through the enemy.
-Difficulty: Early game was decently challenging and late game stupidly easy and inconsistent. I ended up killing most late game bosses on the first try while struggling with certain random monsters that out-range you with melee and knockback with every hit. Those enemies end up being so annoying that you just skip fighting them.

Overall, can recommend. On a scale from 1 to a purple orangutan, this is a stolen chocolate bar. Bonus points for not taking damage from touching enemies, cause that ♥♥♥♥'s dumb AF.