From the creators of Amnesia: The Dark Descent comes SOMA, a sci-fi horror game set below the waves of the Atlantic ocean. Struggle to survive a hostile world that will make you question your very existence.
$29.99
Visit the Store Page
Most popular community and official content for the past week.  (?)
Why monsters try to kill you?
So, the WAUs whole task is to preserve humans... but because it is an AI it doesnt make this in a human way... i get this. at one point it creates the simon android, the player. but why are all the other creations of the WAU try to kill simon? that makes no sense... or am i missing something?...
10 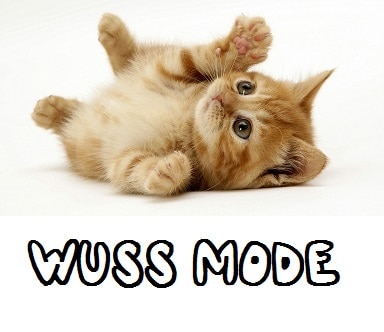 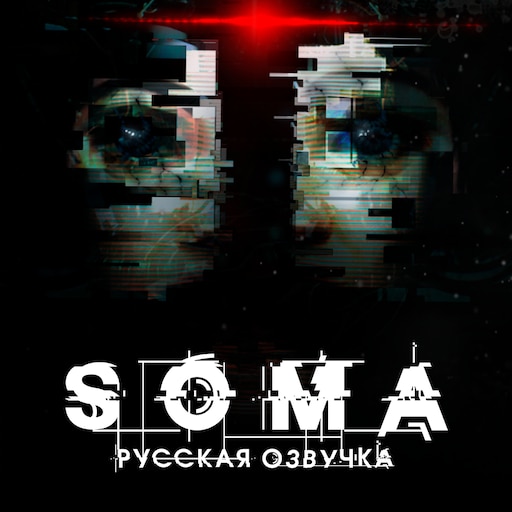 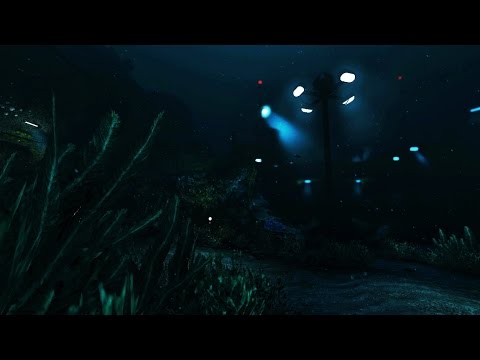 How to Have the Best Experience
Pre-Play Checklist and Advisements for having the best possible experience with this game! Have fun, thanks for reading!
283 ratings 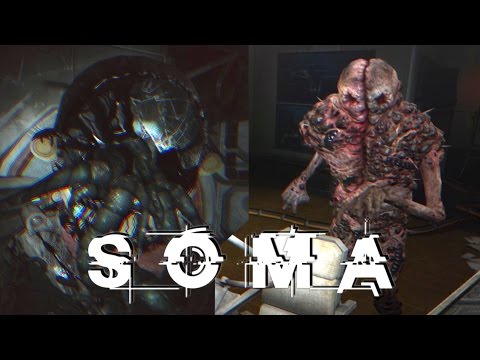 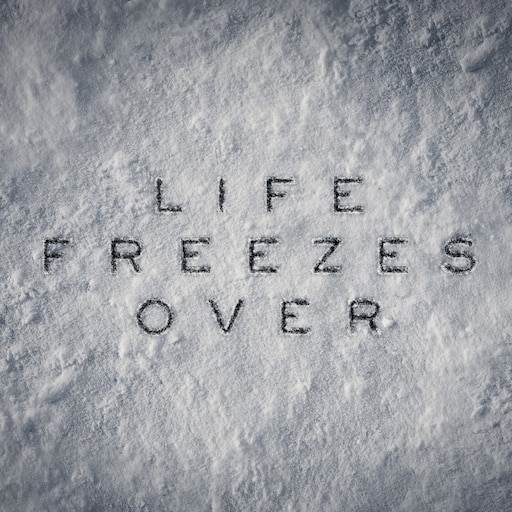 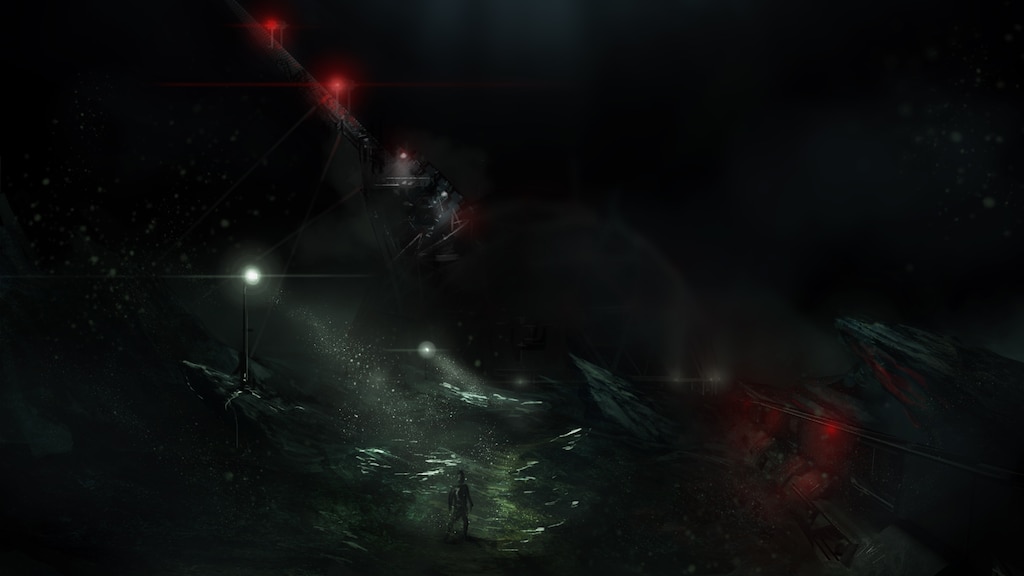 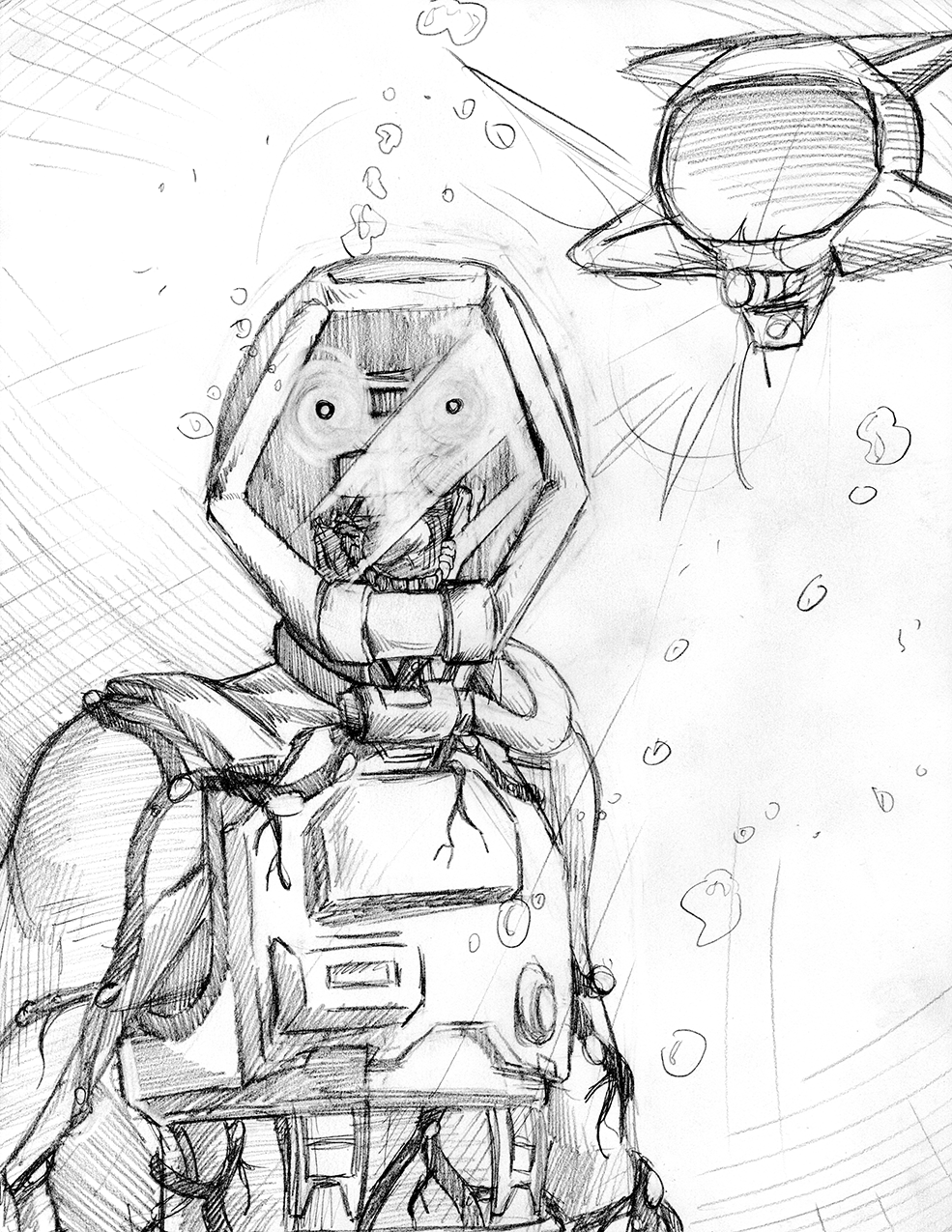 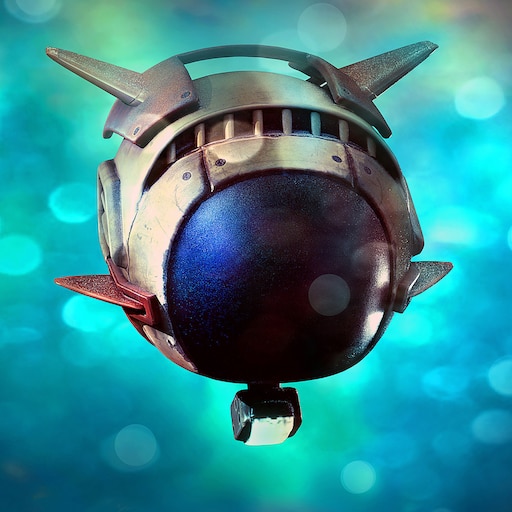 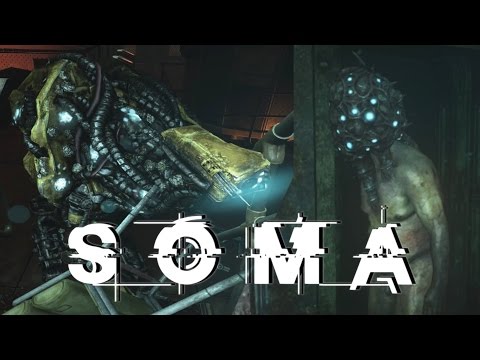 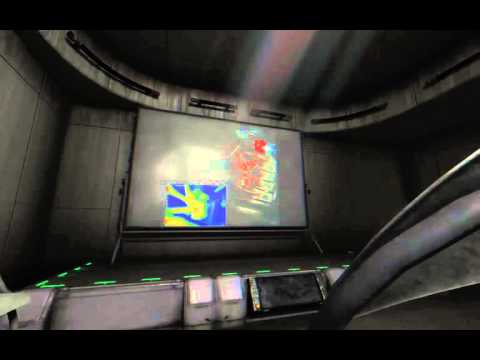 Recommended
18.4 hrs on record
SOMA
We fans of Amnesia: The Dark Descent, the acclaimed psychological horror released in 2010, have a "new" reason to relive the macabre atmosphere created by the game. Not with the same form, not with the same impact, but with a similar proposal – including from a philosophical point of view. Developer Frictional has brought us SOMA, the older brother of Amnesia, with a psychological experience that isn't terribly scary, but fulfills its role competently.

The first-person perspective and science fiction theme come together in a story full of suspense and twists. Here, the concept is not exactly survival. It is a submerged journey towards the unknown and the picturesque in which the protagonist must find answers to escape from a macabre research center that has made many people guinea pigs, including himself. Imagine BioShock's Rapture, only less populated and in the future. SUM is that.

The psychological aspect to the detriment of the carnage
Like its predecessor, SOMA values ​​the psychological aspect to build the game atmosphere. The idea is not exactly new and has been widely used by the industry. After Amnesia, some bonds shook the market. Names like Alien: Isolation, Outlast, Daylight, P.T. (RIP Silent Hills) and, going further, Dead Space, just to name a few, clearly serve as inspiration for SOMA. There's a little bit of all that here, for better or worse, but there's also an identity of its own.

You are Simon Jarrett, an ordinary guy who has a car accident and is left with brain damage. Your doctor will refer you to a specialist who has a supposed definitive treatment for your neurological problem. Upon arriving there, the protagonist – by this time a victim – sits in a chair, has his wrists attached to it, and is then subjected to some sort of macabre experiment. When the character wakes up, the place is completely destroyed.

Clever use of science fiction to tackle philosophical topics still works
SOMA uses elements of psychological horror to help build the atmosphere of the game. Throughout the adventure, the protagonist finds a series of clues and objects with which he can interact to advance, such as access keys and identification badges. The objectives are often repeated and do not always motivate the player. What can sustain you until the end is the curiosity to know the outcome of the plot, which looks like a dystopian novel by Stephen King.

In this sense, SOMA makes an intelligent use of science fiction to address various issues of society, many of them with a philosophical nature, in a line of thinking similar to that of Ken Levine, father of BioShock and System Shock (strongly philosophical too). A variety of societal topics are intelligently addressed: culture, science, artificial intelligence, and even self-discovery. It's curious, not to say grotesque, to find robots that interact with you as if they were humans.

The concept of artificial intelligence has been heavily explored in science fiction, but the game makes clever use of this idea. Eventually you will be faced with situations that involve philosophy about the relationship between machines and humans, and these are the most brilliant moments of SOMA. Too bad they are infrequent and hardly scare. The tension generated by the silence brings some suspense, but don't play with the same expectations you had in Amnesia, Outlast or Alien Isolation.

Gameplay: Slow pace and occasional scares
Like most Frictional games, SOMA switches its gameplay between puzzles, exploration and stealth, with virtually no combat. The pace of it all, however, tends to be sleepy. Puzzles, for example, require you to go around in circles and risk becoming dull.

Despite the interaction with the objects, there are not necessarily collectibles that can be found. Therefore, there is not much incentive for exploration – not least because, as any maps are absent from the menu, you run the risk of getting lost and, thus, you end up choosing to follow the straight line.

The plot is definitely the biggest stimulus to keep playing. Here, there is a very strong Rapture flavor, only with a futuristic appeal and more science fiction on top of the aforementioned topics. In addition, there is that “novelistic” curiosity about what happened and how the protagonist will escape that inhospitable place. The voice acting is impeccable, with a lot of voice content and a lot of text material.

The most tense situations involve claustrophobia or some grotesque robotic creature chasing you. However, make no mistake: they hardly scare. The tension generated by the silence and the atmosphere is the best suspense you will find here. Of course this varies according to each player, but it is worth mentioning again: play without much hype.

It is worth it?
It's an experience worth trying. The safest way to play SOMA is with moderate expectations. As mentioned, don't expect the same impact as Amnesia or something similar to Outlast and Alien: Isolation.

There are characteristics of these games, yes, but the greatest merit of SOMA is to build its own atmosphere, to have its own identity and to know how to use science fiction intelligently when approaching common themes in society.

The slow pace, in turn, can put some off. The scares take a long time to come and, when they do, they have little intensity. Psychological horror has been widely used for years. So, SOMA doesn't give us that taste of innovation, despite trying hard to do so.

The curiosity to know the outcome of the story, on the other hand, is the biggest stimulus to sustain the adventure until the end, in addition to the atmosphere, which is very well built. SOMA relies on several concepts to try to bring what was left of Amnesia and achieve its own identity – even if, for that, it is necessary to get lost on the way.

Negatives
✸ Slow pace, which takes time to engage
✸ Boring and unexciting puzzles
✸ Occasional scares that hardly make you jump out of your chair 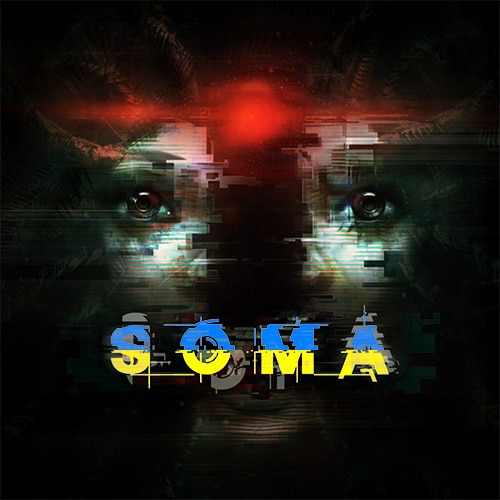 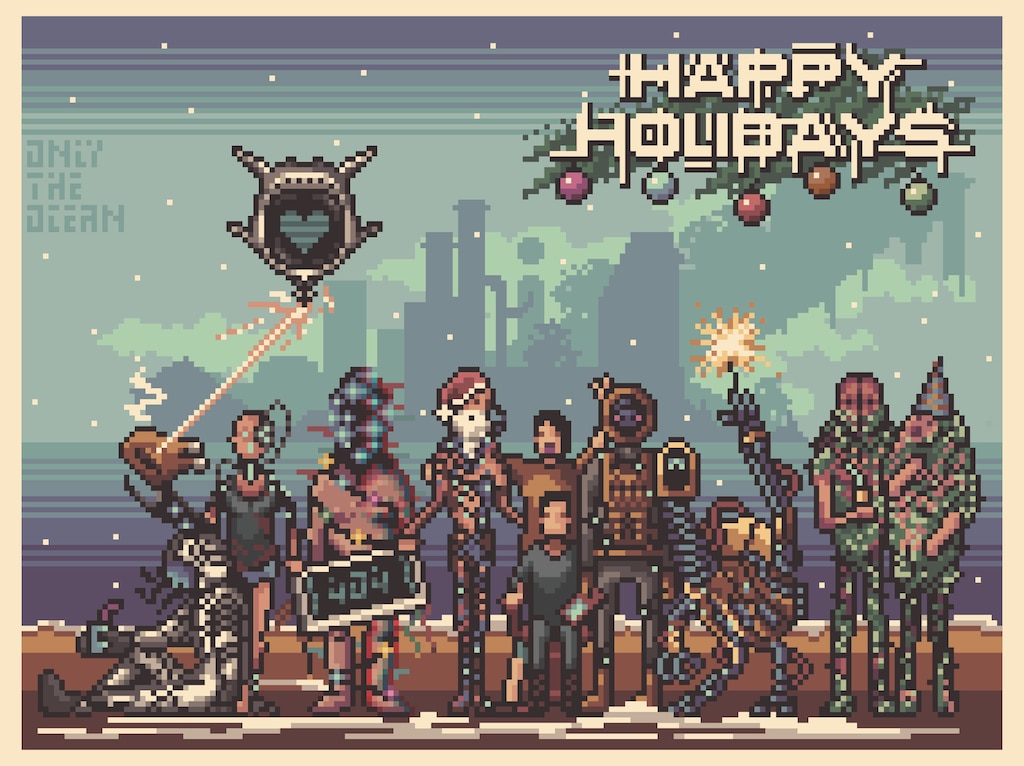 [nospoilers] read before play - how to PERFECTLY enjoy Soma - the excellent story
How to fully enjoy this awesome game - MUST READ before playing. NO SPOILERS HERE (except few very general remarks but they are marked as spoiler and hidden until you point/click) Also, do not read any spoilers or do not look up info about game befor...
57 ratings 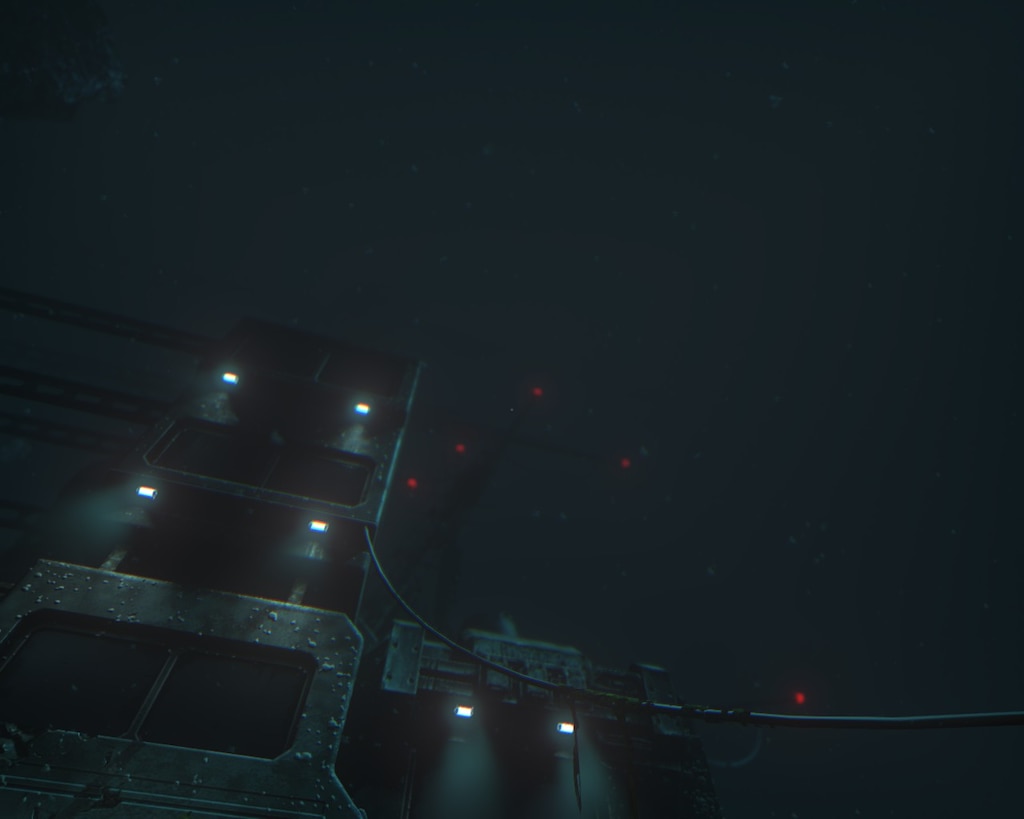 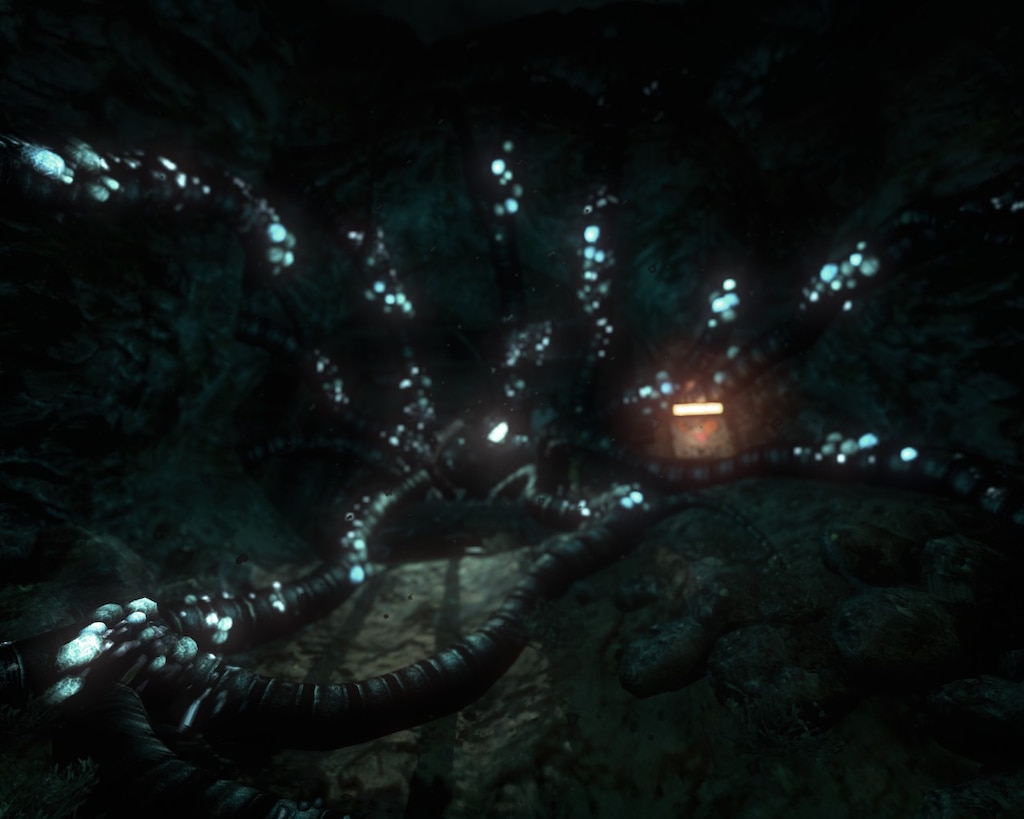 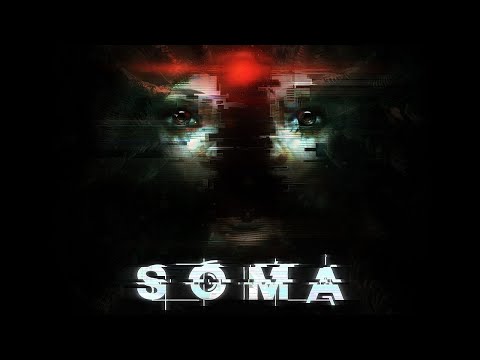 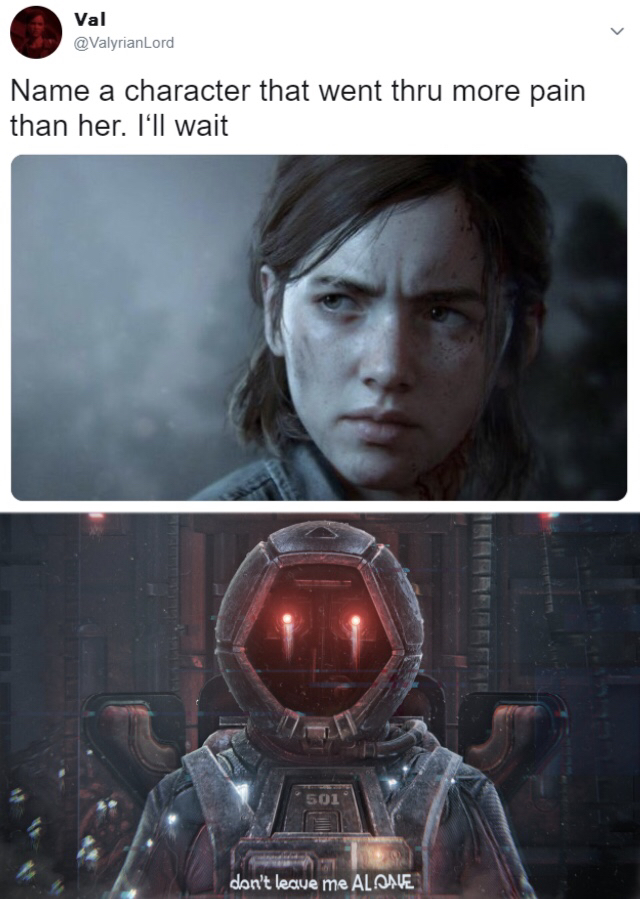 Recommended
12.4 hrs on record
From the start this game had my full attention, and was pulling me into it's underwater world. Lots of things are mystery from the beginning of the game. Who are you? Where are you? Why are you there? and so on.

Game is set in first person camera, but you don't have any weapons nor you can kill or attack anyone. You can only run and hide, or outsmart the enemy. This is great horror/psychological game, and it reminded me a lot of games Outlast and Alien Isolation, it is kinda hybrid between those two games.

Atmosphere in the game is excellent and existential questions that pop up through out the game are very unique and I saw that kind of narrative for the first time in games. Excellent game, with great story, and great gameplay, I would highly recommend it for anyone. In my book it is "Must play". 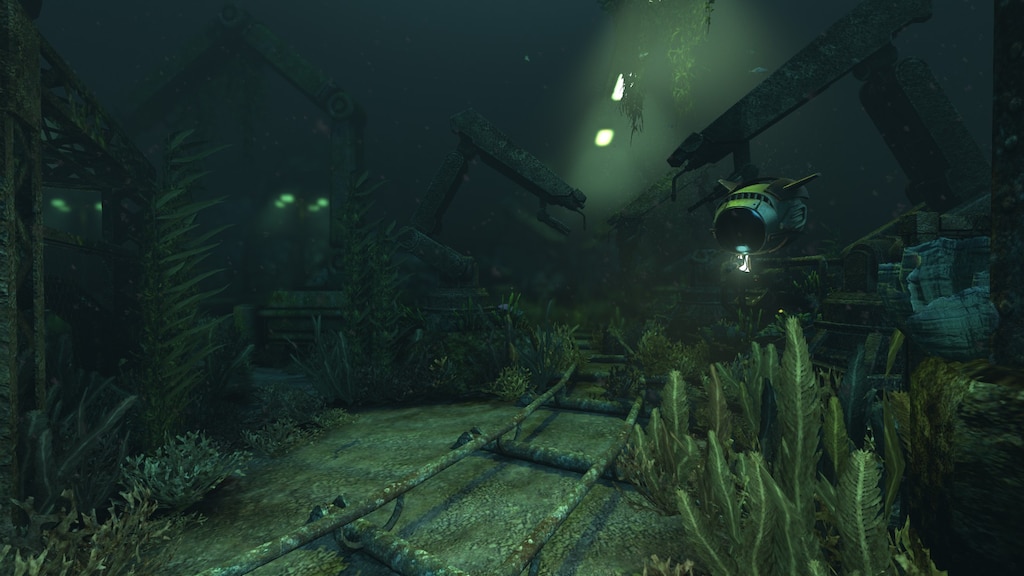 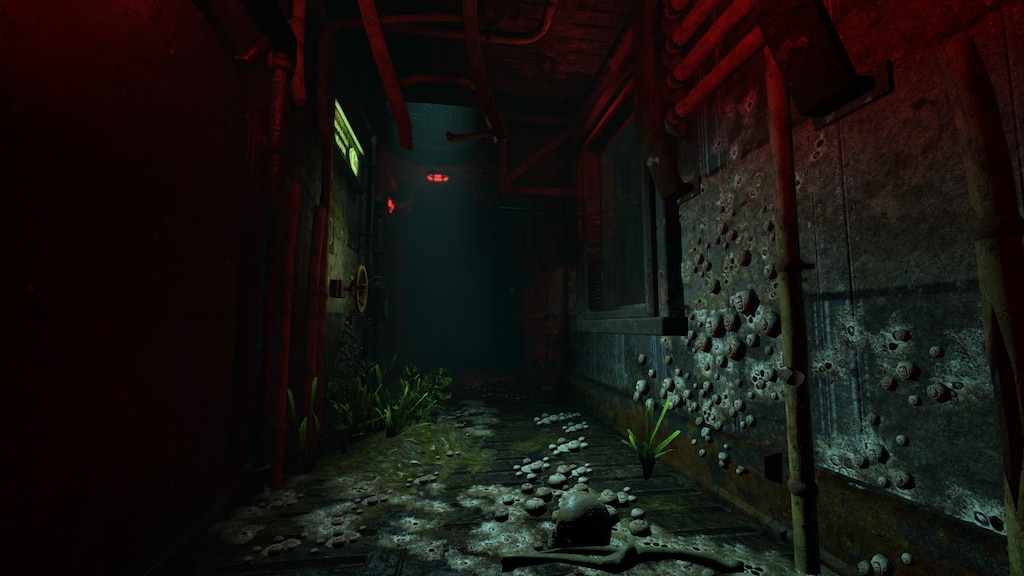 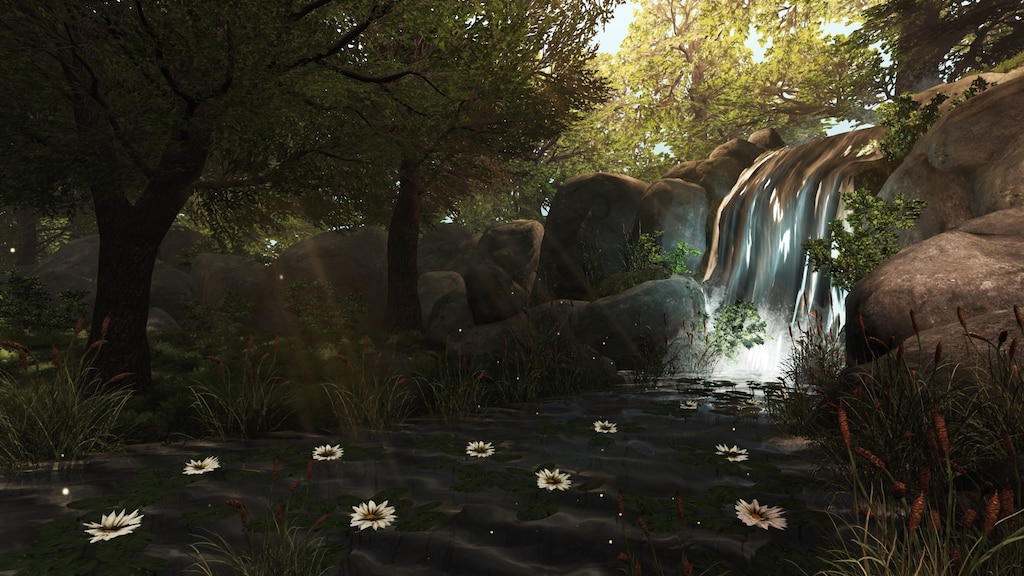 Not Recommended
3.6 hrs on record
This is like an "I lost my car keys " simulator. Spent pretty much all of my time in this game not being able to see much and looking around for stuff. There was the occasional banging sound and stuff falling from the ceiling to try and give me a jump scare. Walking back and forth, back and forth, trying to find what I missed to be able to move on with the game. Then the next level came and it was more of the same, only you could barely even see under water. Got past that part and thought, cool it seems to be a bit more fun... then ANOTHER water level where I can't see. "The level is linear, just follow the lights" the online walk through said. I did, and it led me to a dead end. So back and forth, back and forth I went. I finally quit the game after sneaking past the muttering robot like 5 times. Upon loading the game the next day, I was stuck and couldn't move. Uninstalled.

crissewtunes
60 products in account
0
Climber to the Abyss
So I've started the descent, had the conversation with Catherine, and then the lift stops and the lights go out. I get on top, open the fuse box, but there is nothing else I can do. Walkthroughs say to press the button next to the red light, and I can see it but the only thing I can interact with is the lid to the box. I've tried angling myself all different ways. I guess I am doomed to just watch the pretty fish forever....
3

whitecrow
Aug 15 @ 8:06pm
General Discussions
My thoughts on a main tech feature in the story (SPOILER)
While I can accept that for the sake of showing different viewpoints the game puts the player into different copies, i.e. first moving to new ones, then eventually staying with the old one and then showing the new one, I am a bit puzzled about how Catherine was acting towards Simon and how the game seemed to deliberately add to the confusion: While the copy of Simon into the abyss-proof body should have made it abundantly clear to the player that it is a copying, not a continuity, I still, interestingly, ...
4

Dowlphwin
Aug 8 @ 4:21pm
General Discussions
SOMA UPDATE TODAY???
I can't find any patch notes or any discussion as to what this new update is or why we got one in 2022. lol. Can anyone shed light on this?
5

BeefyCurtain
Aug 14 @ 5:10am
General Discussions
A mod that lets you play as Johan Ross?
I would love a mod like this. If someone doesn't create it I may try to make it myself. Here is what I would love to see: 1. Set at a time in the events prior to the comet. Ross's creation of the WAU to his journey into the abyss to his eventual revival by the WAU to him eventually being eaten by the leviathan. 2. Getting to see Pathos II how it once was. Seeing many people before they died including Akers and Jin Yoshida. 3. Some new puzzles to be solved. And maybe some new enemies that Simon never c...
4