Call of Duty® delivers the gritty realism and cinematic intensity of World War II's epic battlefield moments like never before - through the eyes of citizen soldiers and unsung heroes from an alliance of countries who together helped shape the course of modern history.
-50%
$19.99
$9.99
Visit the Store Page
Most popular community and official content for the past week.  (?)
Hey don't be too gneerous there uncle Gabe
Wow, half off a 15 year old game. Lord Gaben smiles upon us. \s Remember the old days when steam sales actually offered a good bargain?
7

Stingygamer
Nov 21 @ 1:32pm
General Discussions
is there no way to turn down music?
look, i love the music, but sometimes its louder than everything else and that's just annoying.
1 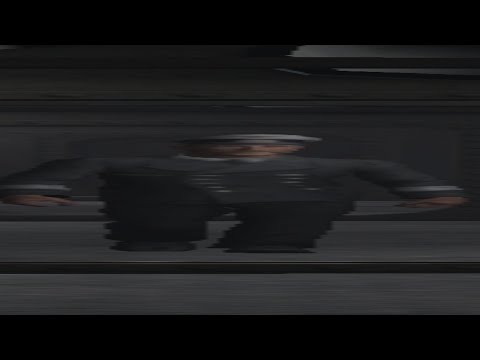 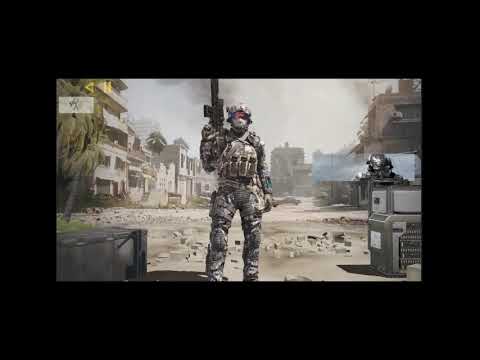 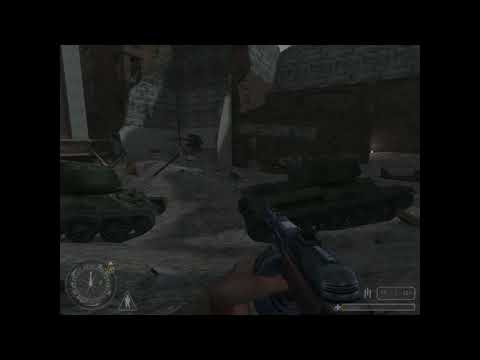 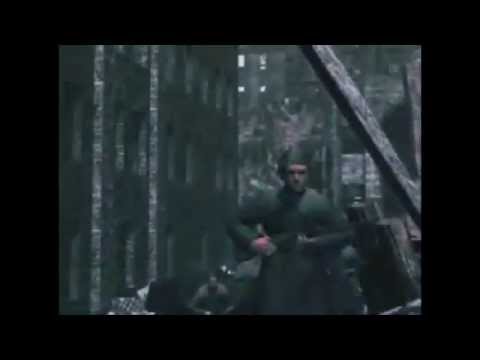 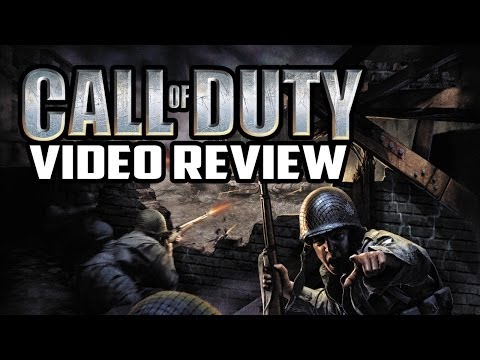 Call of Duty Weapons Guide
A complete list of the guns available in the original Call of Duty and their stats for both Single and Multiplayer.

Recommended
3.6 hrs on record
And that's how it all started.
Call of Duty - is just classic game which released in 2003 year. This game tried to fight with other FPS series MoH (Medal of Honor) and her is succeeded! Call of Duty have campaign for the Americans, British and USSR. Campaign amazing for the all contry, except the USSR. USSR Campaign is just film adaptation "Enemy at the Gates" it means that in campaign for the USSR you can see the executions of their own soldiers immediately in the first mission for a soviet soldier, the cowardice of soldiers who running away from the war and etc. But I don't blame the game for this, this game is first try to make a game, and as I said, she succeeded! But i'm not recommended this game for the new generation of gamers because of the rather outdated graphics and game mechanics.

In Multiplayer i not played :(

Recommended
6.4 hrs on record
"The One That Started It All."

Overview:
'Call of Duty®' is a cult-classic first person war shooter where you take part in the harrowing events of the infamous second world war fighting alongside British, Russian and American soldiers to overtake the German forces and end a war long overdue. Little did the people behind the game know, the birth of 'Call of Duty®' would soon rise in popularity so robust that it would spawn a litany of future instalments of the same name, creating a franchise giant that is still kicking almost 2 decades later. Just the idea of a game trying to capture the realism and action from a great war turning into one of the most successful franchises in gaming history is astonishing.

That being said, there were only so many real life wars 'Activision' could base their games off of so evidently, newer titles (both good and bad) were created. Each came with their own spin off on war and completely diverted away from the classic war theme the original 'Call of Duty®' set out to achieve. This turned many players off and as the series went on, it became apparent that players preferred the rugged, trench warfare that the old games were able to achieve and not the far fetched and futuristic style newer 'Call of Duty®' games adopted. 'Activision' knew this and introduced the second world war once again in a completely new game that unfortunately received mixed reviews due to the controversial practices many large game companies implement nowadays (loot boxes, poor anti-cheat systems, flawed grinding structures, etc.). And since then, the franchise has only really been going downhill and for good reason. Regardless of that, it all had to start somewhere and it just so happened to be here. So how does the "OG" 'Call of Duty®' stand today?

Gameplay:
'Call of Duty®' captures the second world war amazingly, pinning you up against the Nazi army as you shoot, sneak and blow your way through a 7 hour long campaign. As older games typically go, it is way harder than the more recent games, making taking cover and using caution a necessity rather than an option. You can't really go in guns blazing like in later games as it'll mean almost certain death. The game is hard even on regular difficulty, where even just a few bullets can leave you scrambling for cover.

Another thing that 'Call of Duty®' has that many modern day players don't know is an actual health bar. Yes, this is the one and only game in the entire franchise that uses a health bar system rather than the unrealistic instant health regeneration system that every other game ended up using. This made the game even harder as you now had to manage your health. On top of that, you had teammates that could die whether from friendly fire or not. The kicker is that they don't come back making the game progressively hard if you under perform. More times than not I found myself all alone because all my comrades fell in combat. The original 'Call of Duty®' really doesn't hold your hand and expects you to fight with what you have no matter how much the odds are stacked against you which is literally what war is.

Another amazing thing is that the game was one of the first first person shooters to adopt leaning, crouching, vaulting and even proning. Although not a mind blowing feature to have nowadays, back in 2003, having so many movement options was astounding and paved the way of how many popular first person shooters work today. I still find the game extremely enjoyable even in today's day and age despite the relatively harsh difficulty which says a lot about just how good the game is.

Controls:
For a first person shooter from 2003, there's quite a bit to take in. As mentioned, there's crouching, proning, vaulting, and leaning that the player must adapt to in order to survive easier on the battlefield. That's very impressive considering many shooters (even today) don't offer such expansive movement controls and just stick to the regular move and shoot. The controls themselves work nicely and feel polished.

Graphics:
Not very impressive (obviously) with polygonal models and resolution options not necessarily favorited by the typical gamer. But for the time, to see graphics like this was breathtaking. Obviously not the best in 2021, but back then, you really felt like you were on the battlefield. Explosions left and right, bullets flashing by the screen, ricocheting off the floor flinging debris everywhere all while you watch as your team both fights and falls right in front of you. I can't say that games today don't illicit that same feeling but back then, just wow.

Audio:
By god if you want a game that hits the nail on the head for perfect audio to match the environment, take notes from the original 'Call of Duty®'. It's hard for me to say this without sounding sarcastic but I'm dead serious when I say the sounds and orchestrated music for this game are up there with many double "A" and even triple "A" games that are out today, maybe even surpassing some of them. The voice acting, the sounds of war and the music that accompanies them blend together so well it was almost seamless.

Multiplayer:
As you would expect many old multiplayer oriented games to play out after a good amount of time has passed, it is as you guessed, dead. Well not as much dead as it is on life support. There actually are populated games albeit extremely small. I'm talking maybe 10 or so players across 3 or 4 servers among 1000 empty ones. It's safe to say if you're planning on getting this particular title for multiplayer, don't.

Conclusion/TL;DR:
'Call of Duty®' is a first person war shooter that takes place in World War ll and is the first baby of the massive money behemoth that is the 'Call of Duty®' franchise. Disassociating it from the rest of the titles, the original 'Call of Duty®' is exponentially different, being the only game in it's legacy to have a health bar as well as a difficulty system far harder than the more casual and arcade-y games today. Despite being a great first person shooter, the game is almost 20 years old and still has a $21.99 CAD price tag. Personally, that is far too much despite my likeness for the game. You'd have to really and I mean really want to experience the first 'Call of Duty®' games to warrant paying upwards of 20 dollars for a game with an age of almost the same number. Even on sale, it only ever goes on for half off which honestly is a slap in the face in my opinion. Regardless, it's still a great shooter and is a cool way to see just how far the franchise has come and honestly, if you ever somehow manage to get your hands on it, I think it's worth the 7 hour trudge. 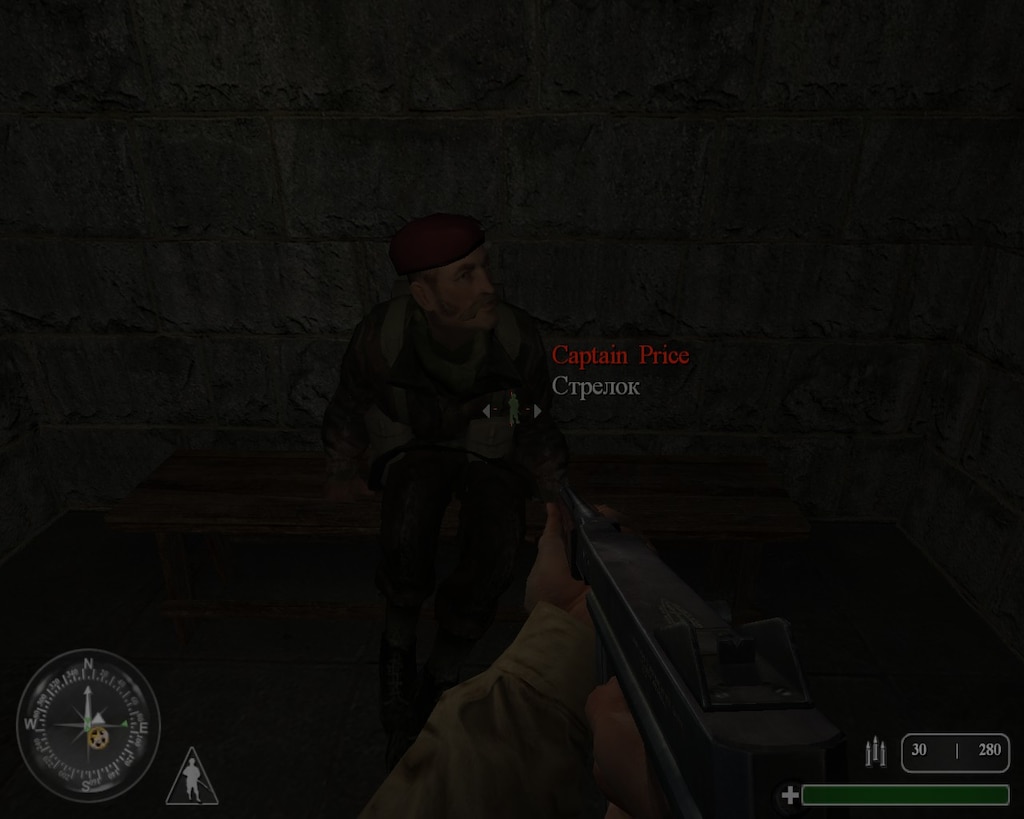 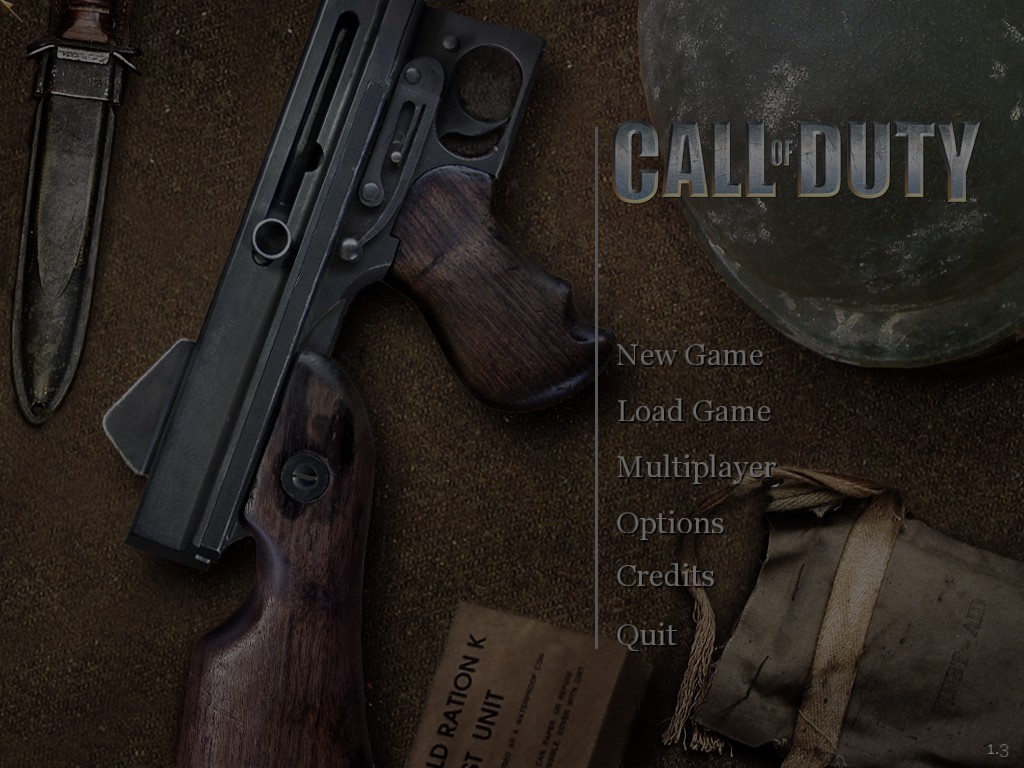 Recommended
4.2 hrs on record
Game Still Fun In 2021 Back When Activision Still Cared 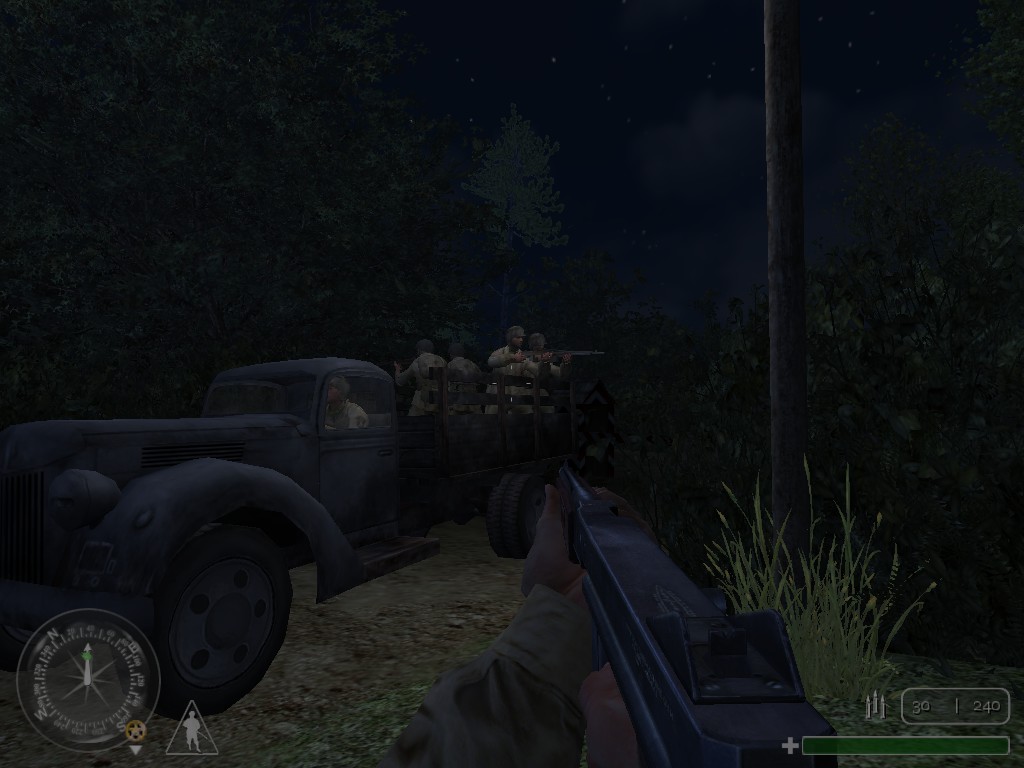 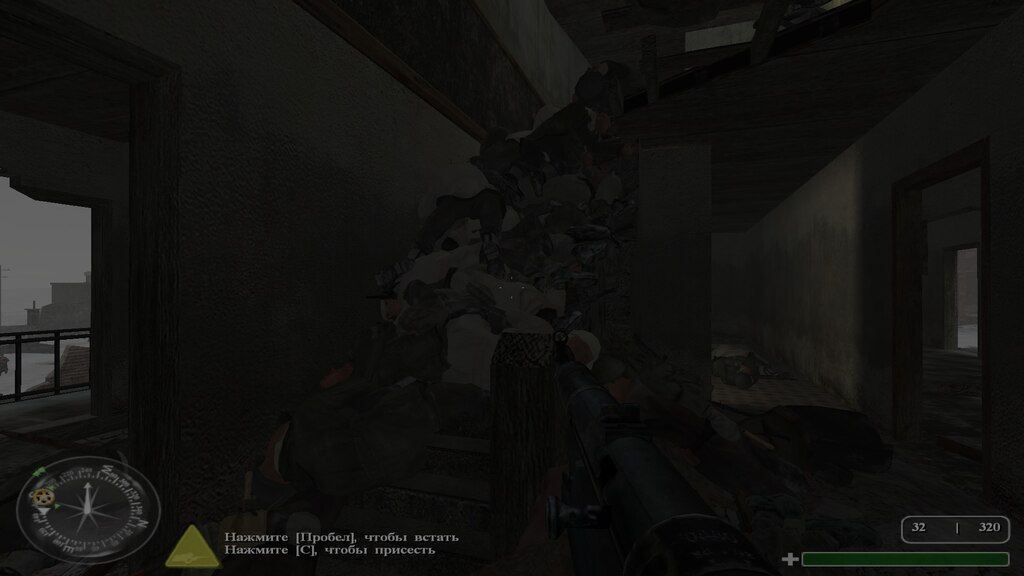 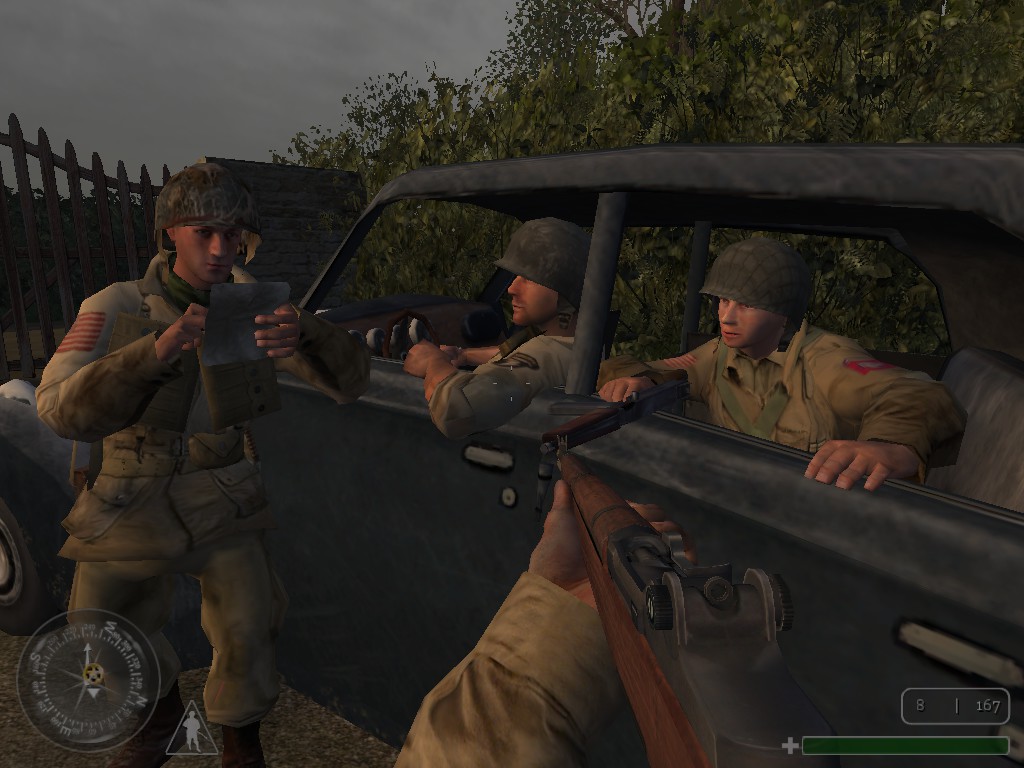