View Stats
Global Achievements
Most popular community and official content for the past week.  (?)
THE POWER OF THE MOON
Jul 2 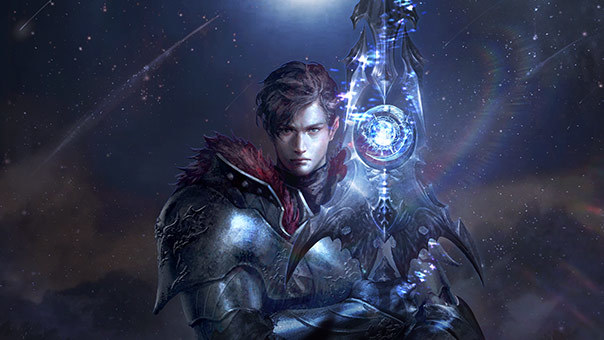 A mysteriously shimmering material has fallen on Atreia: Callistite, which is said to contain the concentrated power of the moon. Rumours are going around that whoever possesses enough Callistites will be able to transfer their unbound power onto their weapons.

In this event, brave Daevas will be rewarded with the following items amongst others:
[Rune] Selection Box of Danae Weapons, Selection Box of Artemis Weapons – Lunaris and Lunicorn – Premium Restoration Box (30 days).

Event Series
‘The Power of the Sun’ was the first part of our major Cosmic Event series. This series continues with ‘The Power of the Moon’. Daevas who also join in the third part of this series in the coming months and use magical crafting to obtain their weapons, will receive the final reward – an additional skill!

The Weapons
Use magical crafting to create two types of lunar weapon:

Weaponcrafting
Here’s how to create the materials for lunar weapons:

Then to craft the sky weapons:

Receive Other Lunar Weapons
You have a 100% chance of obtaining the Artemis weapons from 5 raid monsters: Crazed Anomos, Kadabra, Pupuru, Rachmaga and Yanohas.

You can choose between the four different bundles in the AION Shop[en.aion.gameforge.com]. Various Enchantment Stones or Callistite: the bundles on offer contain everything you need for the event.

The Lunaris Quest
Find Baldach in the Inggison Illusion Fortress or the Gelkmaros Fortress: he has a special task for you! Completing the quest requires that you use the ‘Lunaris’ skill. In reward you’ll get the fragments of two book formulae: Divine Protection and (Improved) Divine Protection.

Tip: In the last part of this event series, you’ll have a chance to collect more fragments, so keep them safe, you’ll need them later!

Please note that only tradeable Legendary PvE and PvP Enchantment Stones can be used in this event.

Tip: You can also get the [Rune] Box with Secret Transformation Potion from Bipirinerk, which you’ll need for Pandarung’s Infiltration.

The Moon Unicorn
Unicorns are a fairly common occurrence in Atreia, but a unicorn which came from the moon? That sounds like something out of a fairy tale. But no, the story is true!

The required [Rune] Sky Unicorn Prototype can be obtained from Pibirinerk.

Please note: All event items excluding weapons and fragments will be removed from the game one week after the end of the event.

AION Free-to-Play
10
0
What on earth did they do to the game?
Where is cooking, alchemy and the rest of the professions??? Where are the blue quests? Where are most named or not mobs, that used to drop a rare item which would start hidden quests? Where is Verteron? How to craft gear/consumables?
5 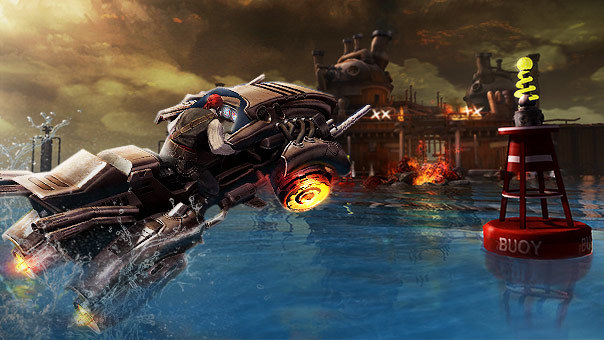 Shiver me timbers! Cap’n Grogget, Commander of the Shulack Pirates, is back. The captain of perhaps the most notorious ship in all of Atreia, the Steel Rake, seeks his revenge upon the Daevas! He has locked away some Shugos in the Steel Rake Fortress and it is now your job to free them. But be warned: you’ll need all the courage you can muster to survive this adventure.

It will be worth the effort for more than just the Shugos: scoop up some amazing items during the event, including the Selection Box of Helios Weapons – Solaris, the [Event] Balaurea Odian Chest and the Restoration Stone.

How it works:
Players from level 76 on can enter the Steel Rake Fortress solo instance once per character each day. Entry will be reset every day at 9 AM.

You can grant yourself additional entries with the following:

Storm the Steel Rake Fortress
When storming the fortress you gather keys with which you can free the Shugos. The more successful you are in your campaign against the pirates, the more keys you collect and the richer you will be rewarded.

Part 1: The Route into the Fortress
Speak with Blubberinerk and find out what you need to do. Fight your way to the fortress on a Jet Ski (how cool is that?!). Use the Jet Ski’s weapons: the Drana Bomb and the Long-range Drana Bomb.

Part 2: Battle in the Fortress
Once in the Steel Rake Fortress you will receive the Pipeline Blast Bomb from Blubberinerk to sabotage the fortress pipeline. Destroy 3 Pipeline Controllers with it!

Additionally you will receive the Mounter for Enhanced Rascal: get into the mech and really dish it out to Cap’n Grogget’s minions! Use the entire weapons arsenal of the mech: Fire Cannon, Fire Throw, Install Bomb and Paralysis.

Finally, give the returned Grogget a scrap he won’t forget.

Part 3: Time for Rewards
Once you’ve defeated Grogget, you will receive one key plus one more key for each Shugo you managed to save (up to a max of 10). With this, you will teleport with Blubberinerk to a treasure island, where you can then collect the item ‘[Event] Freeze Frame’ from the Steel Rake chests.

Finally, exchange the Freeze Frames with Katoshunerk for valuable items and enjoy your moment of glory.

Please note: All event items will be removed from the game one week after the event is over. 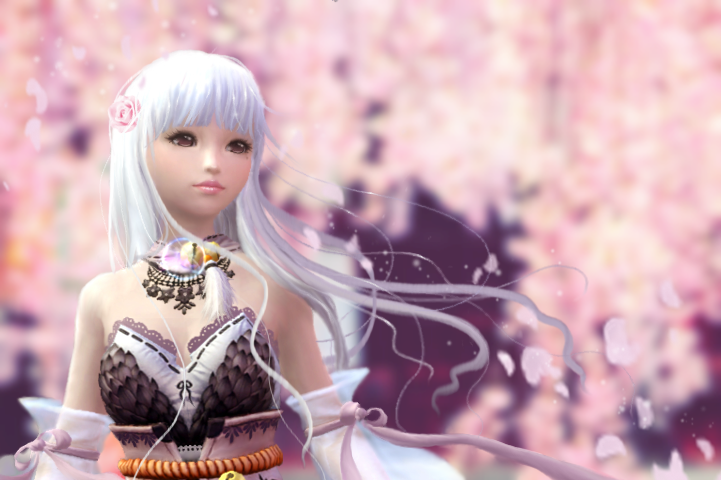 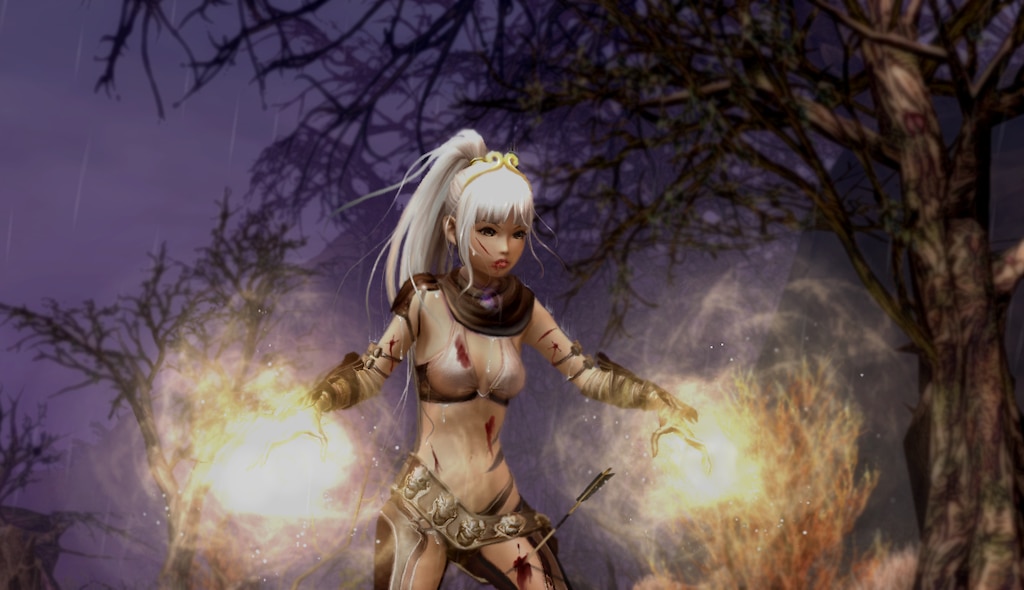 AION Client Copy to Steam - Step by Step Guide
This is a guide for players who wish to play AION via Steam without needing to re-download the client. The following steps will explain how you can copy or move the client into the Steam Library.
70 ratings 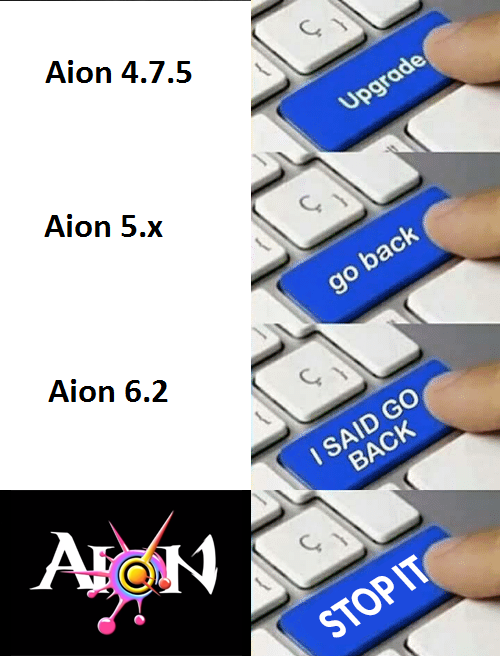 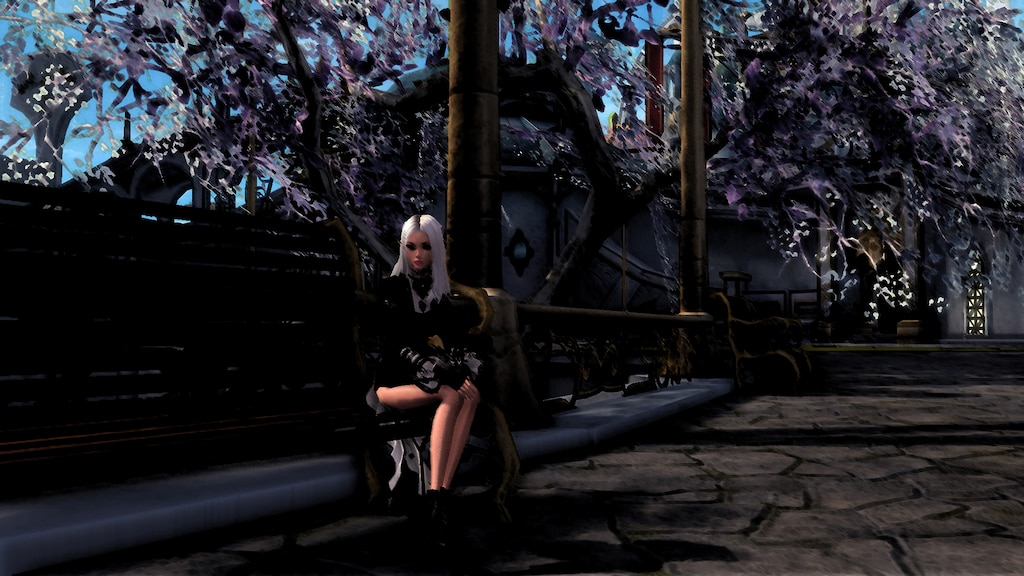 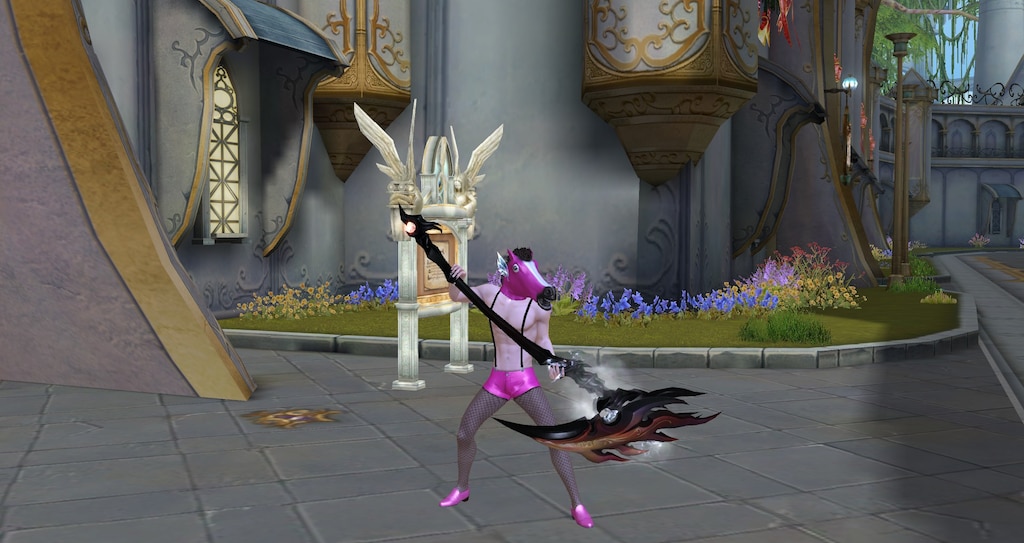 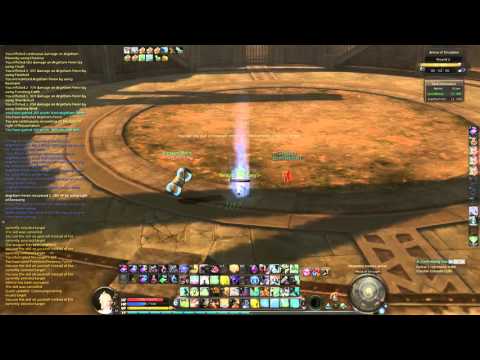 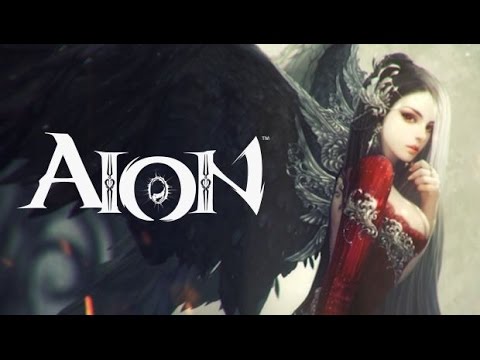 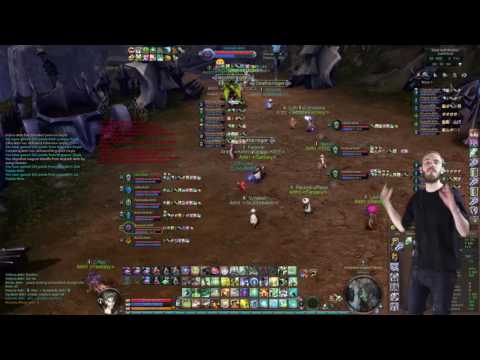 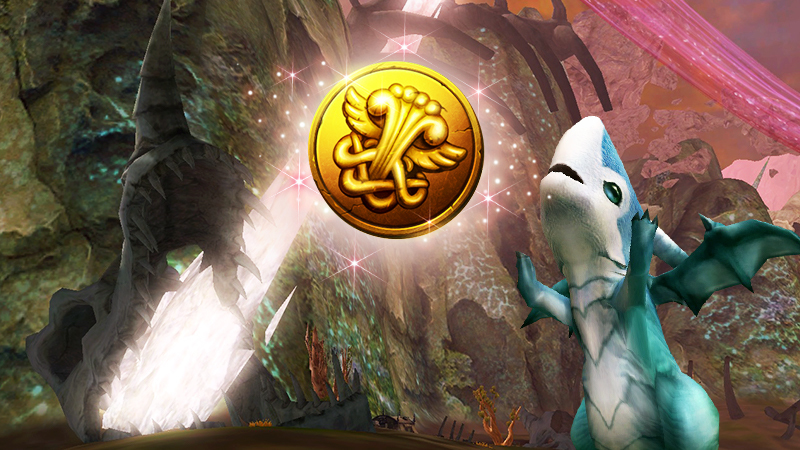 The Daevas are returning to Balaurea, in particular to Inggison and Gelkmaros. The little blue Drakie Krorinerk has also made his way there, with a whole host of precious cargo in tow. These items will be exceedingly useful to Daevas on their forays through the dragon lands.

Krorinerk is offering up his wares in exchange for Finest Balaurea Coins. Look forward to the following items:

How it works:
The Coins


The event currency [Rune] Finest Balaurea Coins can be acquired in numerous ways:

Please note: All event items will be removed from the game one week after the event is over. 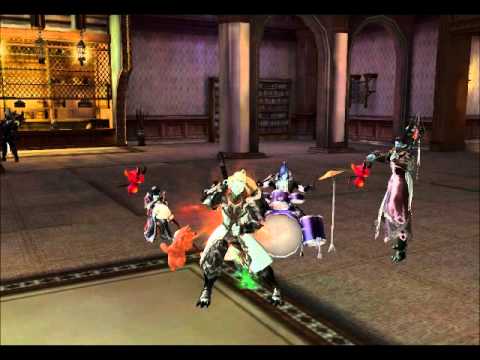 Ranger
Class Summary The Ranger class is the ranged weapon expert of Aion and deals extensive damage from afar by using their bow to launch deadly arrows to destroy their victim. The Ranger is a ranged dps class with one or two skills of CC ability. Play Styl...

Recommended
301.0 hrs on record
I was encouraged to play it by my friend. I quickly realised this not the type of a game I'm into.

The next is grind, grind, grind, grind and... grind. You'll realise 30% of your playtime is grinding stuff, another 30% is being AFK somewhere and the rest is actual gameplay (which is smashing buttons, running around the map and hiding from big enemy legions). I really hated PvP here, idk if I have ever won any XD I won't comment that.

But these are MMO RPGs in a nutshell, aren't they?

Summing up, this is my point of view. Ngl, I was a noob and my friend taught me everything and carried my a**. It was a quite fun experience 'cause I played this game almost whole summer.

I'll give it a thumb up. 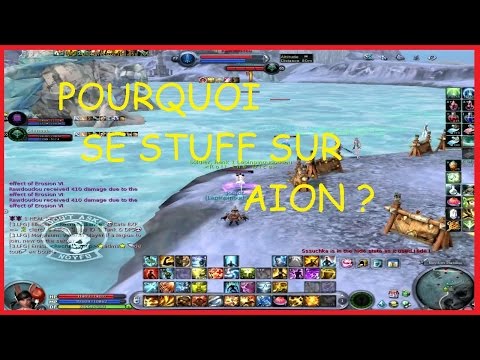 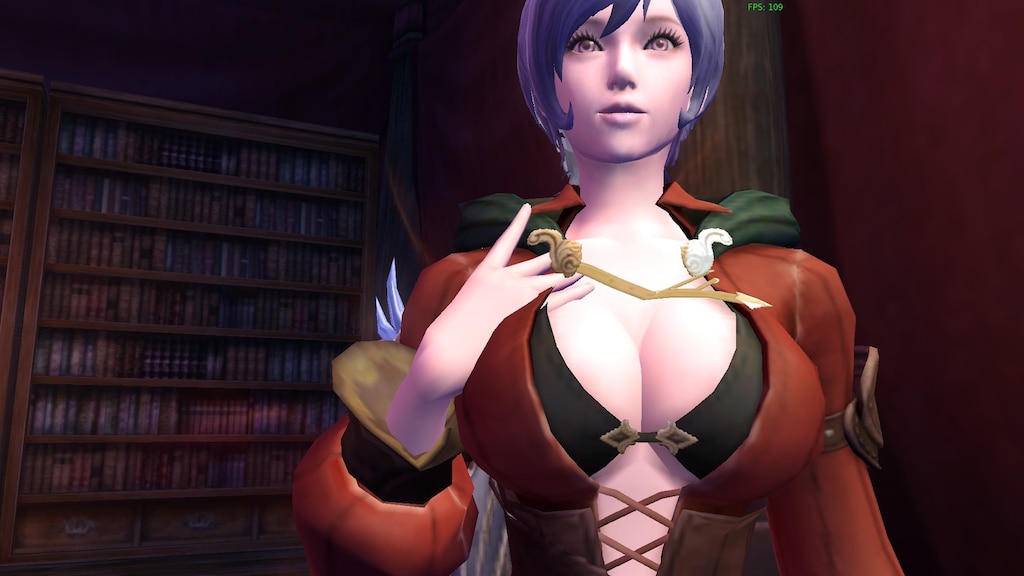 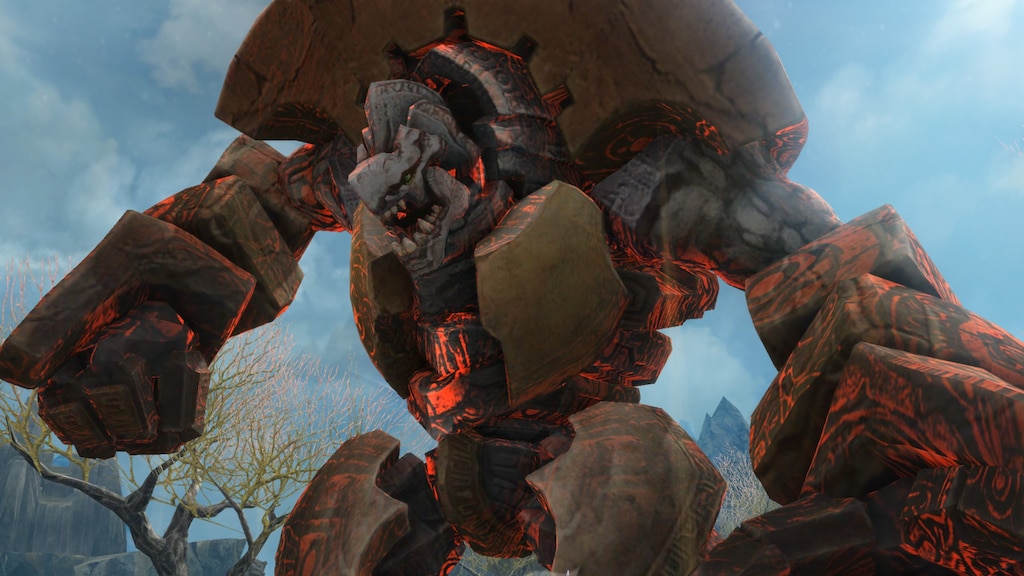 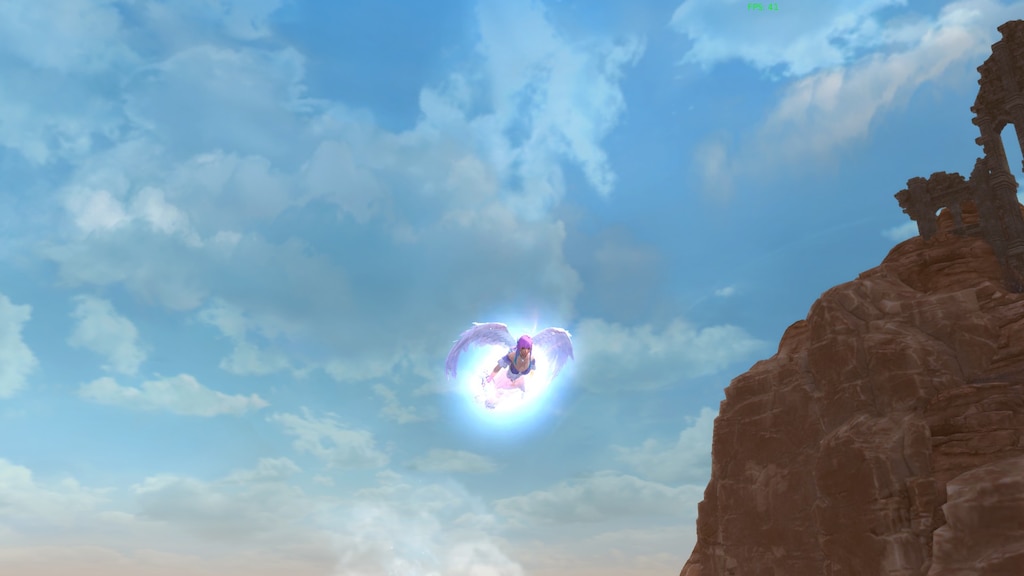 Not Recommended
4.0 hrs on record
What they make with this game i play this years ago when was released and was great.Now its complete trash.

Andreev89
79 products in account
0
returning player have a few questions
Hi, I use to play aion 3-4 years ago on Barus server but stop cause I got interested in other mmo's. I decided to come back or at least see what changed in a game. I will for sure make a new char cause I already forgot how to play old one. My first question is if there are any benefits for returning players that are worth? Barus server got deleted so will my money which If my memory serve me right is call kinah be still there cause I heard characters got transfered but I could be wrong. If there isn't any ...
12

Christina
Apr 4 @ 5:15pm
General Discussion
help pls:)
i can't register to it, i've put a password with an upper case, a number and like special character $,i've tried even without it and it didn't work, why? can you help me,thanks
4

OnEpUnChMaN
May 26 @ 8:34am
General Discussion
Wont even run
All I get is a black screen after the loading screen completes
4

Morbeous
May 22 @ 7:48am
General Discussion
Returning after a few years/ retrieving char.
Hello, the last time I played this nostalgic gem was in 2017, does it still worth do play? and also, wondering if my old character still existing (spirit master lvl 45/47 I guess), since the NC website is completely changed. before I remember we could see our account and manage the characters that we had in different servers. ...
2