FortressCraft Evolved is a unique blend of Voxel Landscapes, Tower Defense, Crafting, Logistics, Exploration, Combat and Assembly lines. Players begin by crash-landing on a strange alien world, left with only a small handful of starting machines.
$12.99
Visit the Store Page
Most popular community and official content for the past week.  (?)
Merry Christmas, ya filthy animals!
Dec 25, 2019
As 2019 draws to a close, I thought I would drop you a few notes.

First of all, a reminder that we have a very active Discord : https://discord.gg/advmf8S - there's always someone there to answer questions, give advice on builds, or help you solve issues. I'm literally always there if you feel the need to ping me.

Second, I've only gone and released another game! Summed up as 'Gauntlet meets Pikmin', it's essentially a cutesy version of how it felt to play a Necromancer in Diablo 2. Check it out!

Thirdly, a reminder that works has been bubbling away on the next in the FortressCraft franchise, tentatively entitled FortressCraft : Phoenix. Purchases of Gnomancer, PacketStorm, ADATPR and FortressCraft's DLC directly contribute towards its development.

Fourthly, a reminder that the most direct way to contribute towards FortressCraft Phoenix is via Patreon : https://www.patreon.com/Fortresscraft

Aaand fifthly and finally - Patch 25 is now live for everyone. This combines a ton of fixes and has been collected over the last year. This means that a Maintenance P26 patch will sneak it's way onto the forum at some point, but, genuinely, the number of bugs reports to me on the Discord is really minimal now.

See you next year, next game, next time, next batchannel.

Thank you to Mad Vandal, Tobmia, Zebra and Steveman0 for their continuing support and help - as well as anyone else I forgot!

FortressCraft Evolved
34
162
Minor bug involving waypoint machines and rooms
I've been playing in a new world recently, and one of the things I'm trying to do is be really good about putting everything in rooms. But because that then hides all of my production lines behind fairly similar-looking buildings, I find myself needing a...
13

Introduction to Survival Mode
This guide covers all of the elements of Tier 1 progression through survival mode from first landing in the cold to automating a mining network. Learn how to find ore with the ore ping, set up and power an extractor, utilize hoppers to feed a pyrothermic ...
134
189 ratings

F.A.Q
FAQ for all those multiple posts asking the same questions
95
148 ratings 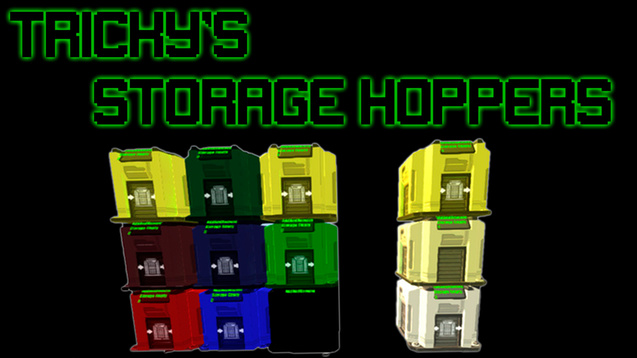 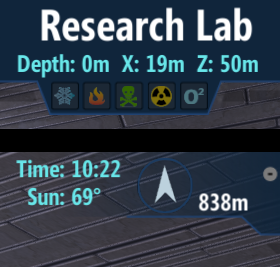 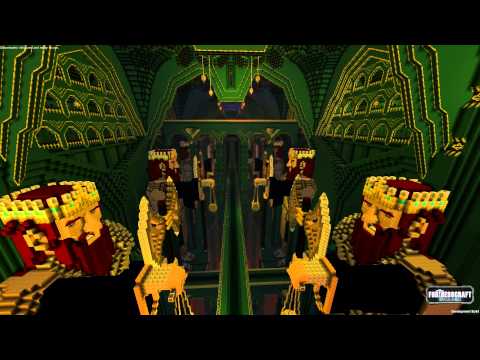 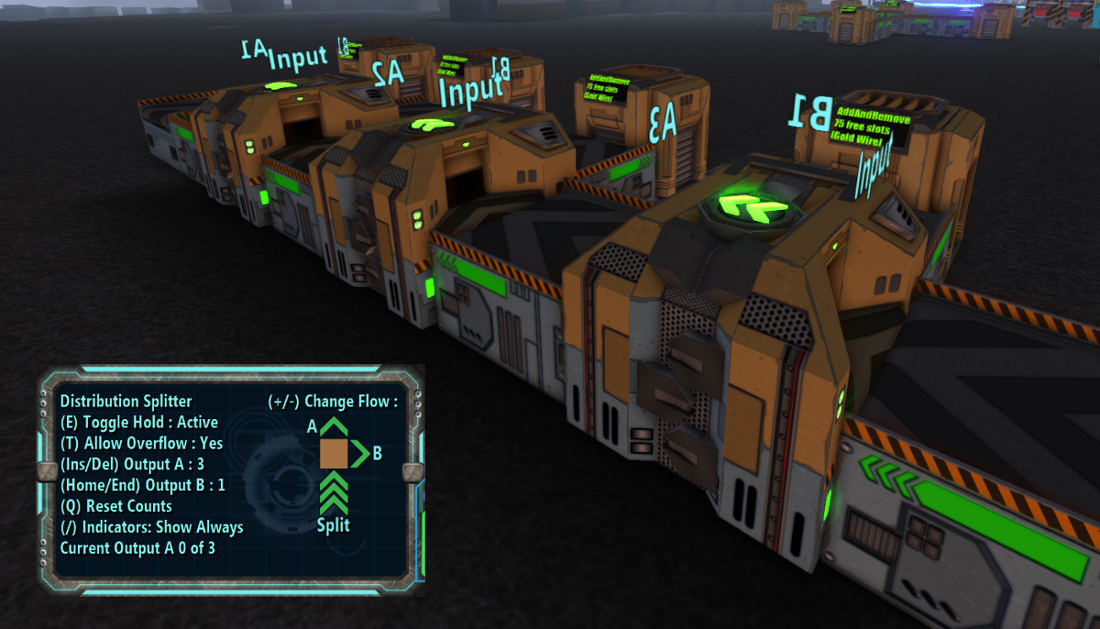 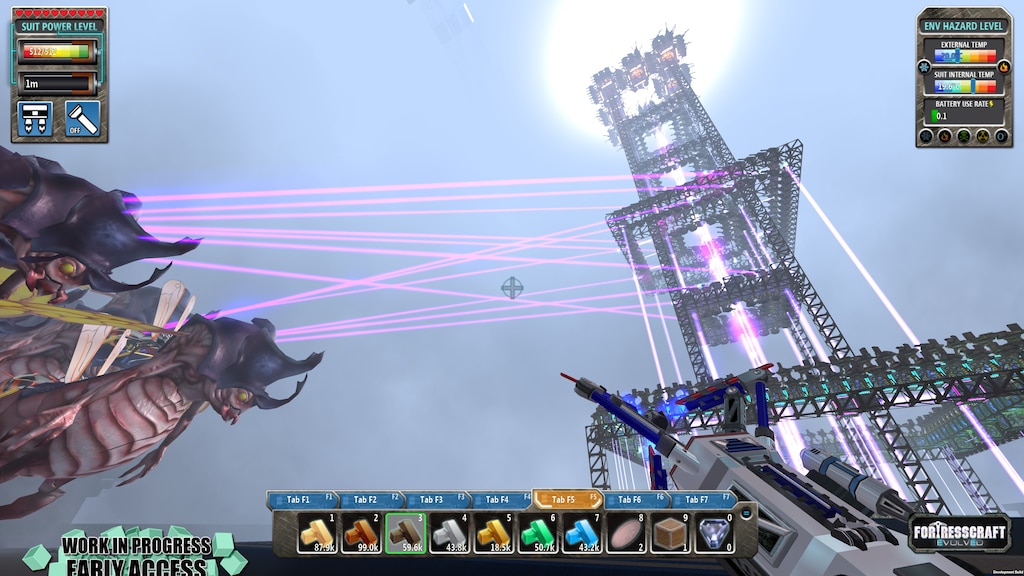 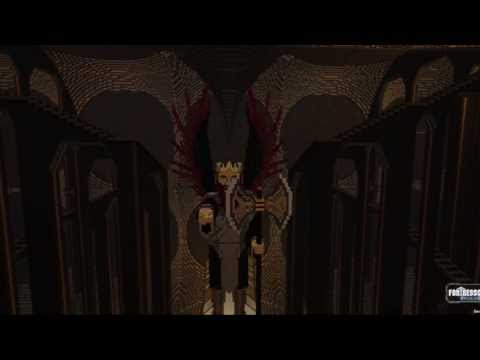 Power Mechanics for FortressCraft 1.9
In FortressCraft, automation revolves around throughput and flow rates rather than absolute numbers. It doesn't matter how many lumps of coal you pump into powering a coal mine, as long as you are getting more out than you are burning. There are two inte...
16
44 ratings 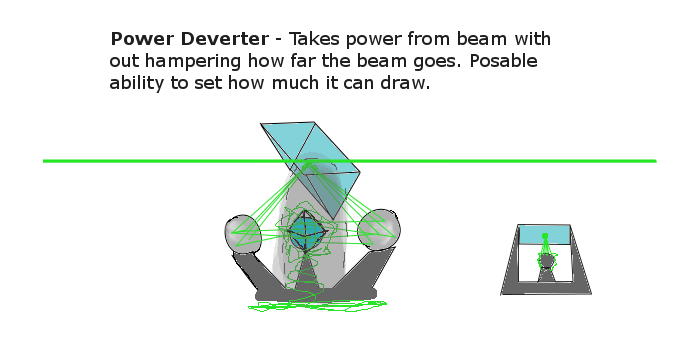 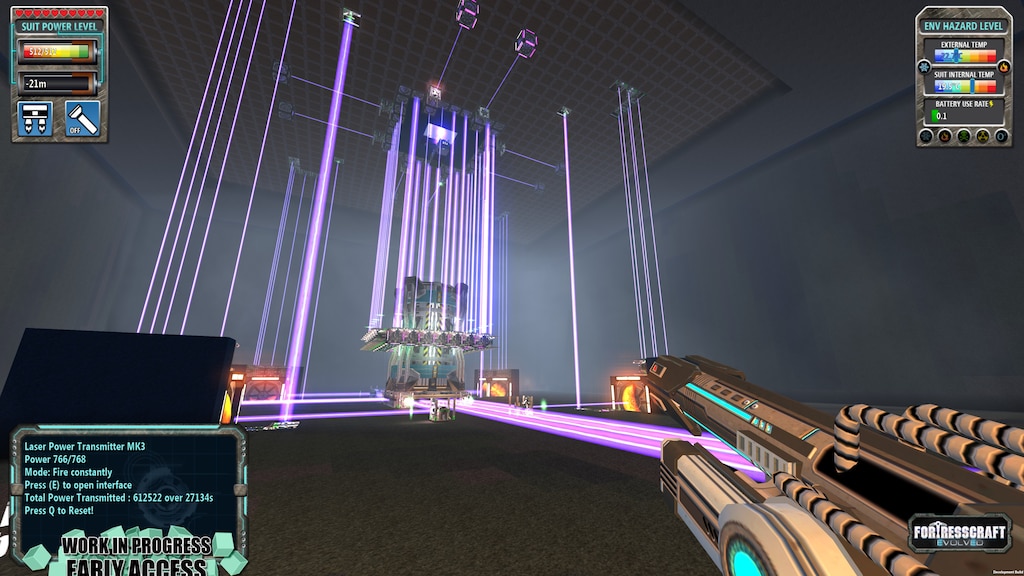 0
Ban
31
The power under the tower 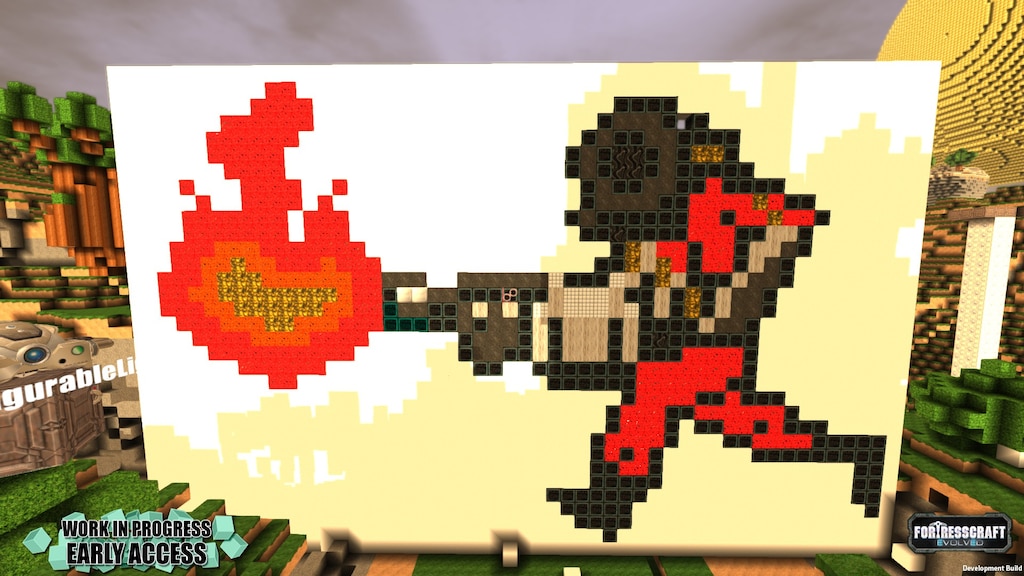 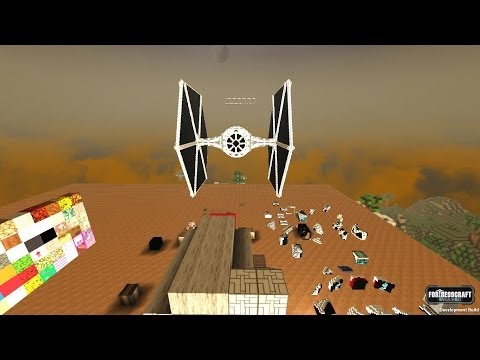 48
38
Star Wars Tie Fighter in FortressCraft Evolved, You can't do this in Minecraft.

Recommended
1,816.5 hrs on record
Despite what some recently 'helpful' reviews say, this is a very complete game with a somewhat high learning curve. One of the lessons you have to learn quickly is anything worth making by hand is probably worth making thousands of using automation.

The gameplay follows a deeper is better strategy, where the farther you dig, the better resources you can collect, but put down that pickaxe, you won't be doing it by hand. Instead once you find the ore you need, you craft a miner machine, supply it with power, find a way to bring the spoils up to the surface using conveyors, tubes, minecarts, elevators or a combination that best suites the situation (you can't refine underground) and refine the resources so you can set up assembly lines to craft the componants you need. You of course also need power for all this, and power attracts the local fauna to attack. Thus you need turrets, missiles, etc to fend them off (they all fly though so walls aren't going to cut it).

All in all, it's a different sort of minecraft-like game, which couldn't really be made in minecraft even with mods. You can (and will eventually need to) dig thousands of blocks down, and encounter huge caverns that are legitimately terrifying to witness when you first break through the roof of the cavern. It is quite a sight.

In any case, I highly recommend this game to those who like modded minecraft or factorio, but you will have to likely put more then 11 hours into it to understand the depth of gameplay there is to be had.

(Note: Hours played is counting my server uptime... I don't have THAT many hours of gametime in....) 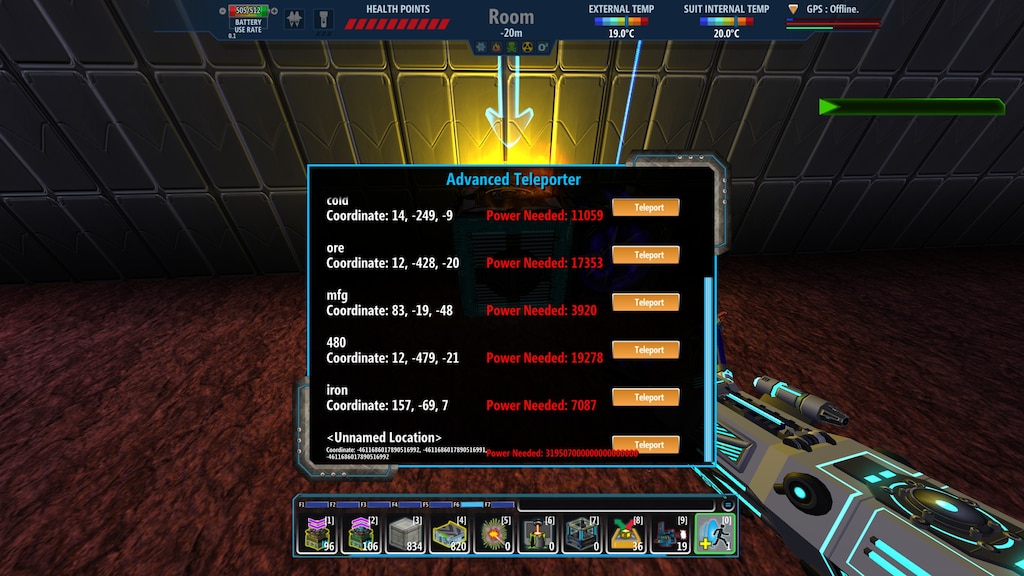 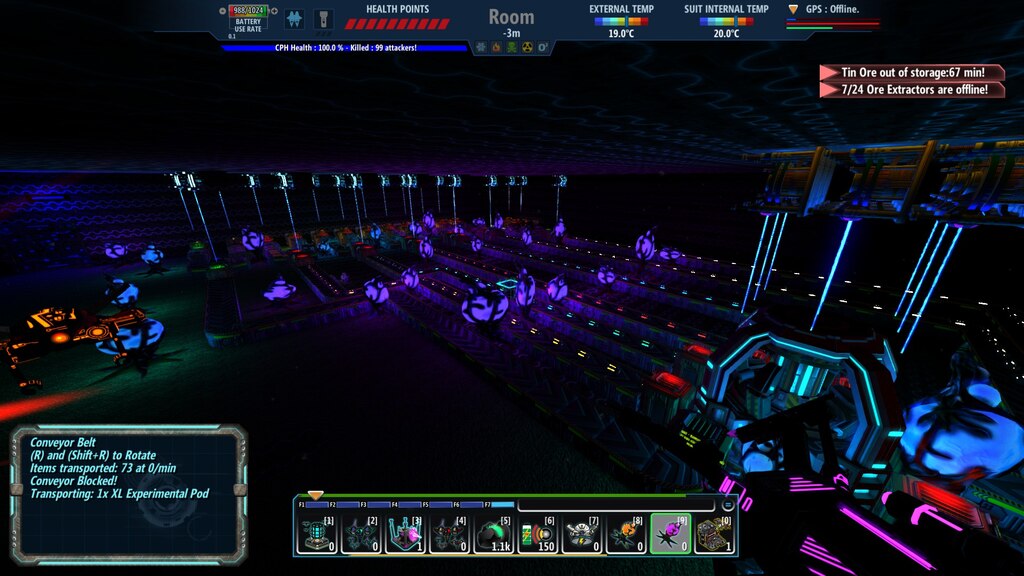 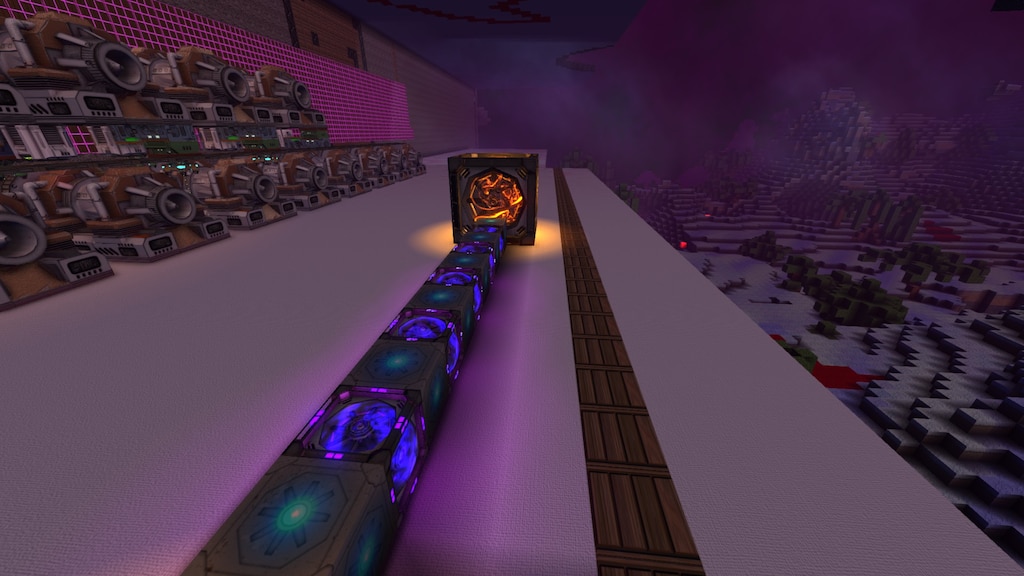 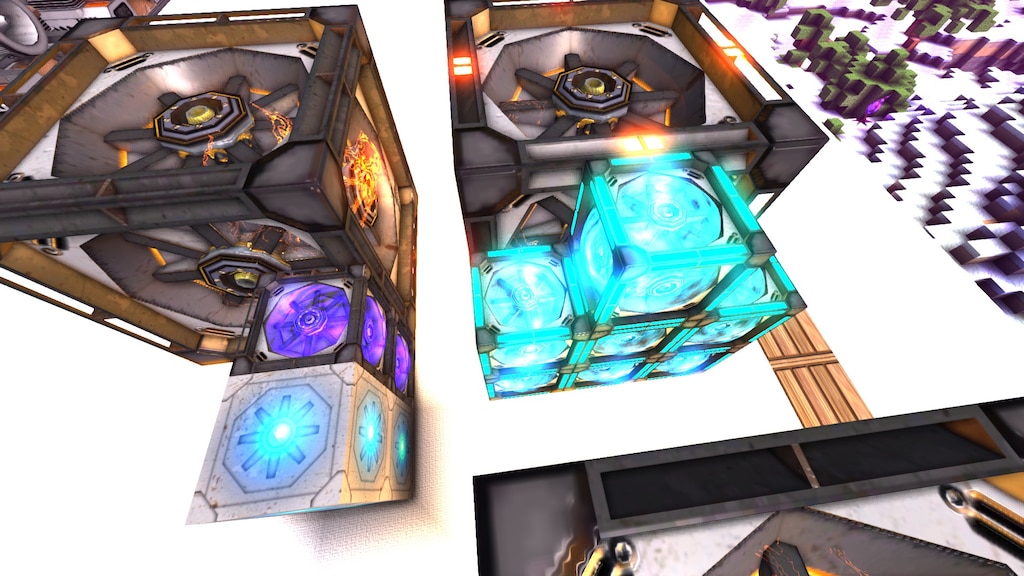 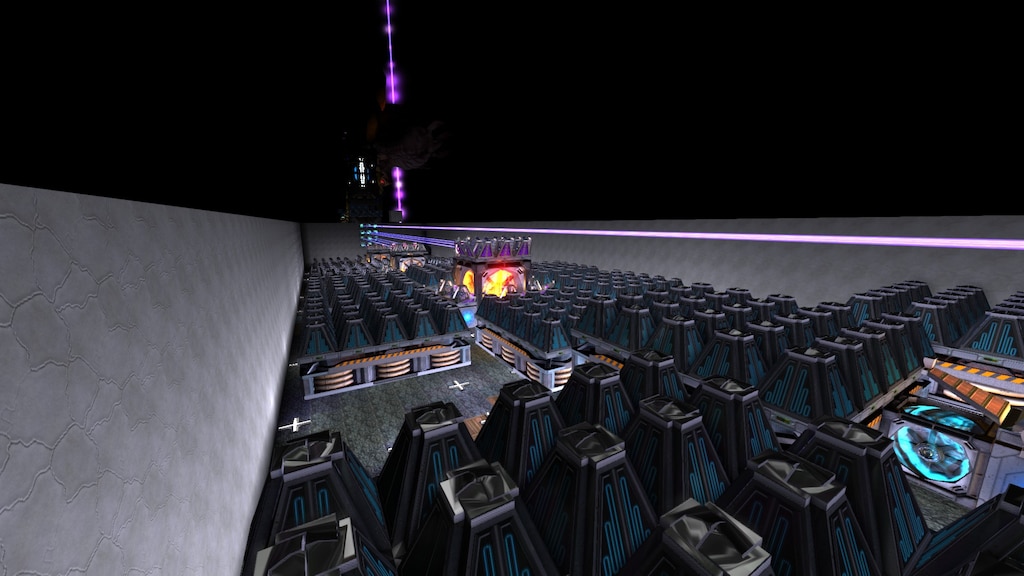 CETHEGUS_divinus_rex_porno
View screenshots
how to find a lost teleporter?
update: upon further consideration i don't necessarily think this is a teleporter that truly exists in the world. I think it's just overall bugged. I assumed it was real, at first, based on several assumptions which I now realize are questionable at best....
11

=Snappy=
10 hours ago
General Discussions
Stutter below 60 fps and unsharpness at at least 60 fps
Dear FortressCraft Evolved-community and -developers, I tried playing the game on my new monitor (QHD, 144 Hz) and unfortunately it looks ... diffrent. From at least 60 fps I get an unclearness, it is not like a motion blur effect, but I see each edge mu...
2

Grobiland
15 hours ago
General Discussions
snowball effect with solar energy.
Does solar inflate snowball effect a lot? (your threat level goes up, means more powerful waves coming, which means more energy consumed to defend, etc...) mostly because of the day-night variation of the energy production for the fun of the jou...
13

sylvain_ch21
Feb 18 @ 7:17pm
General Discussions
A few noobish questions
Hi all you wonderful people. Some rather noobish questions for you to go "omg she is so dumb it is easy" over. 1. Say I have 2 belts of one ore (in my case lithium) and I want one of the lines to have prioprity at the smelter (I want to remove that ore p...
38

Linda Hartlen
Feb 18 @ 3:24pm
General Discussions
No one has rated this review as helpful yet

Recommended
59.1 hrs on record
a unique take on a survival / strategic automation game