The most realistic hunting experience awaits. Explore 12 reserves and hunt 45 unique species, ranging from waterfowl to big game. Over 100 weapons from state-of-the art rifles to bows. Customize your load-out with stands, blinds and dogs. Play alone or in multiplayer with up to 7 friends.
Visit the Store Page
Most popular community and official content for the past week.  (?)
COMPETITION & SALES
May 13 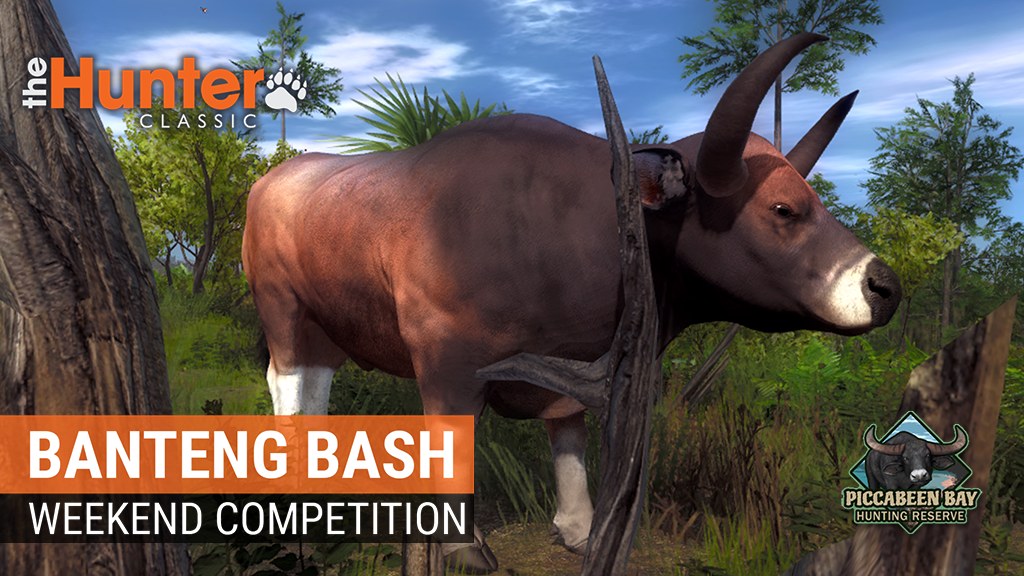 [www.thehunter.com]Greetings! It is Samuel. The village is having some trouble with the banteng again. Would you come hunting? We will throw you a banteng feast after!

Find out what it’s all about and join the competition for a chance to win grand prizes in em$!![/size]

SEE ALL THE ITEMS ON SALE[www.thehunter.com] 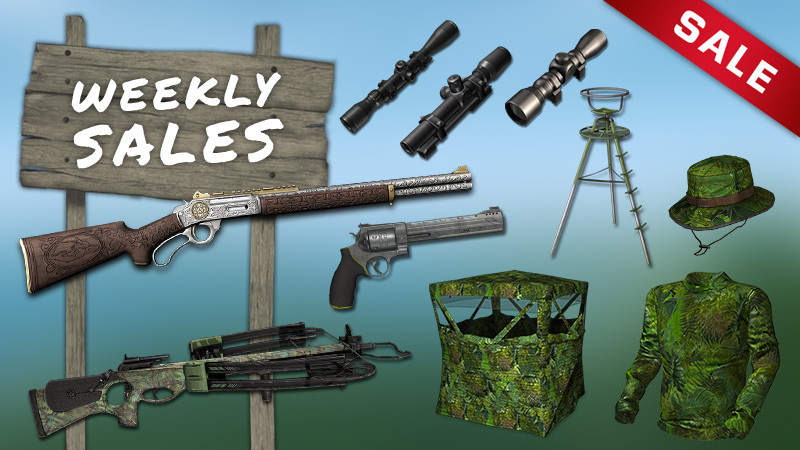 theHunter Classic
60
1
please devs...change dogs circle menu
mostly i wanna watch for my dog the highlighting is hidden behind the circle menu why dont you put it down to the bottom of the screen an maybe make it slightly smaller
4 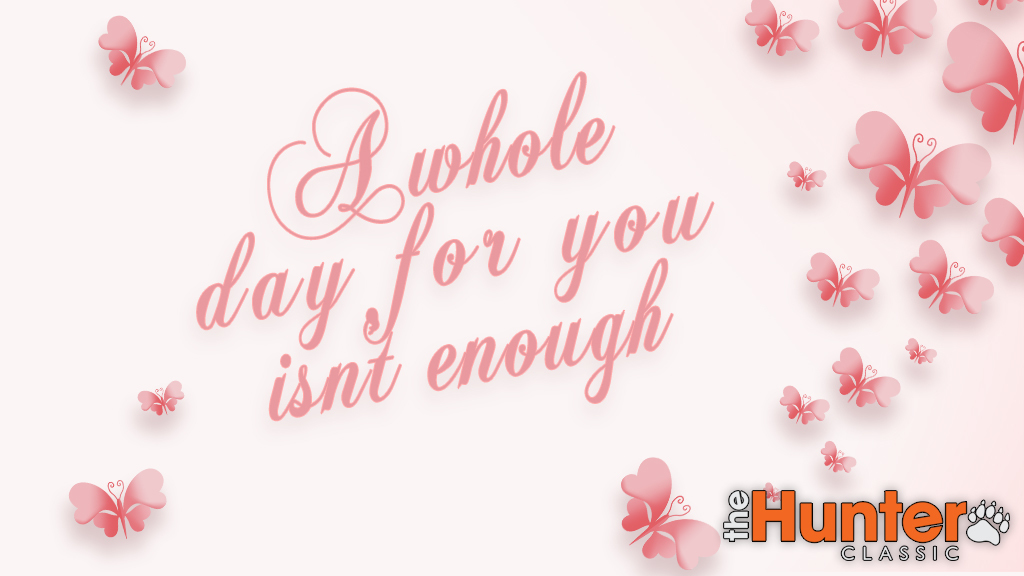 Hello folks!
So, we're sure you all know it's Mother's Day on Sunday, and we realized what an underrated day it is. But why do mothers only get a day? Especially cool, hunting ones, right? Well, we've decided a week is more appropriate for stress relief.

Stock up on Momosa$ through the event's mission, competitions, and finding Mom's Day collectibles scattered around the EHR!

Participate for prizes, trophies, and glory! The most celebrated hunter, with the most Momosa$ at the end of May the 11th will win a generous first prize!

In order to take part in the event, you will have to click on the big banner you will find in the Launcher (or Website) home page:

[www.thehunter.com]Please read on to familiarize yourself with the rules of the event.

CAMPAIGN
There are Mother's Day collectibles all over the EHR! Pick them up when you see them and collect Momosa$!

As usual, the more Momosa$ you collect, the more in-game prizes you are rewarded. 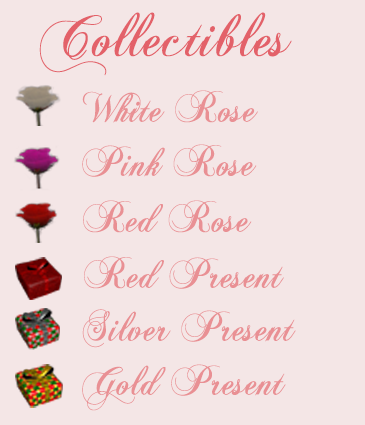 Here are all the different ways in which you can earn Momosa$:

And this is how the prize pool looks, and trust us, that shirt looks cool: 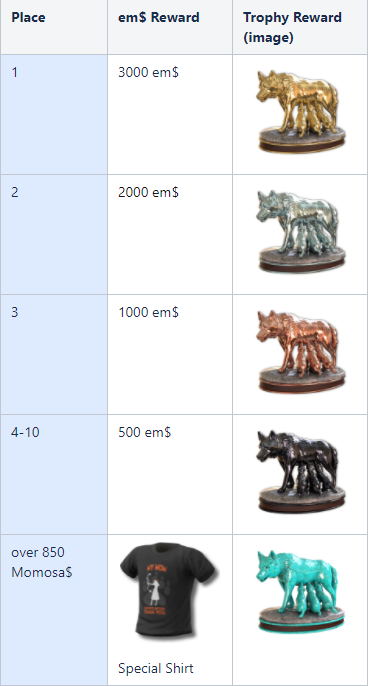 MISSION
Your mission, should you choose to accept it, is called Mothers' Week

Monica is also planning a weeklong celebration for Mother's Day. Of course, only the finest animals the EHR has to offer will do, and we'll only be hunting males. Doc has kindly agreed to rush your harvests over to Monica's restaurant, so you can focus on the hunting!

Note from Monica: Don't you dare hunt for Franz while I'm doing this!

The mission will last through the event's duration from the 5th May to the 11th May.

Completing it will earn the hunter the following rewards: 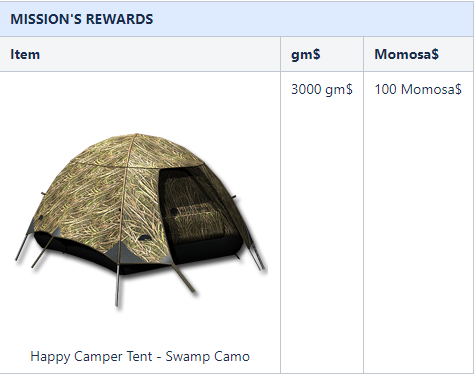 COMPETITIONS
The event comes with three competitions each lasting 3 days! 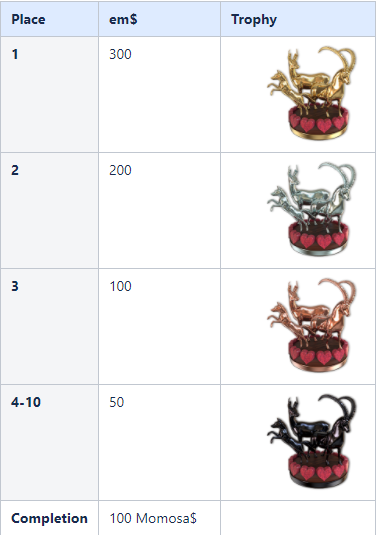 Completing each competition in any place (just qualify!) will also award the hunter 100 Momosa$ points.

RULES
What would a game be without rules?

We have one simple rule for our events: No exploitation of existing game mechanics to gain an advantage. All winners' hunts will be checked by EW staff prior to prizes being rewarded, and the decision will be final.

In case of exploits usage, EW has a right to disqualify the player from this event.

SALES
During the Mom\s Day 2021 Campaign, a number of items will be on sale in the Store, including a juicy 50% discount on some Callers as well as 30% off a variety of weapons.

Make sure to check out the Sale section[www.thehunter.com] to see the full list! 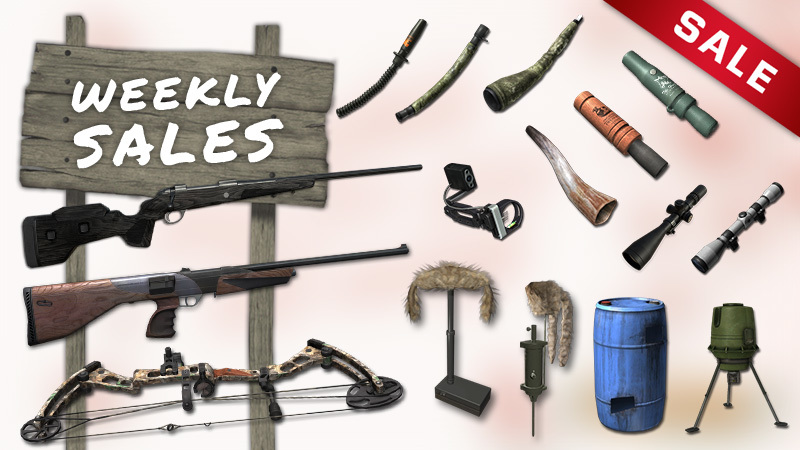 [www.thehunter.com]That's all folks, any questions, feel free to post them below.

New Player? READ THIS FIRST!
Answering all the questions that every new player asks, or should be asking.
177 ratings 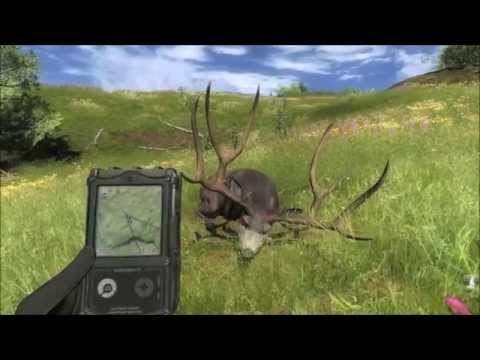 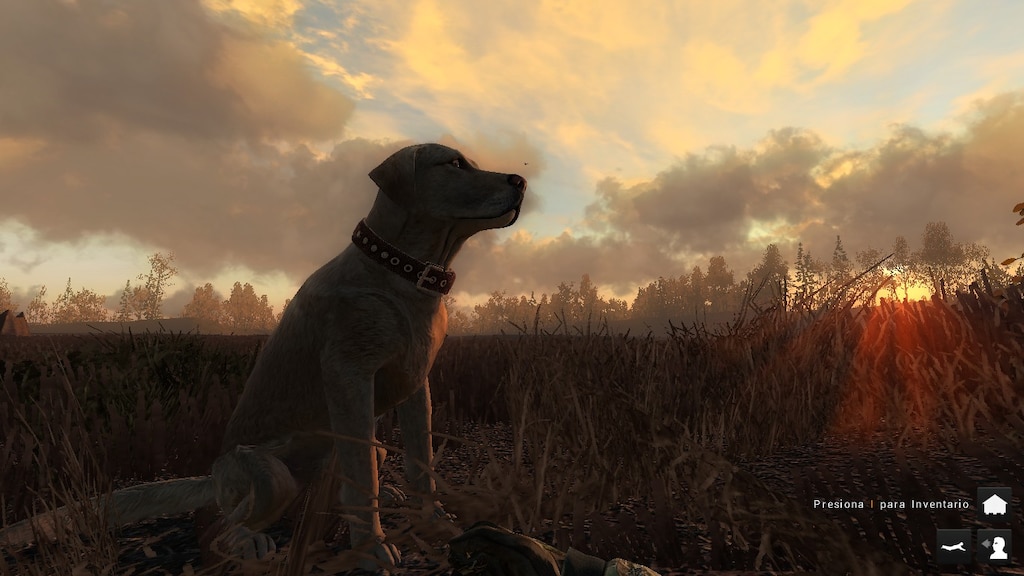 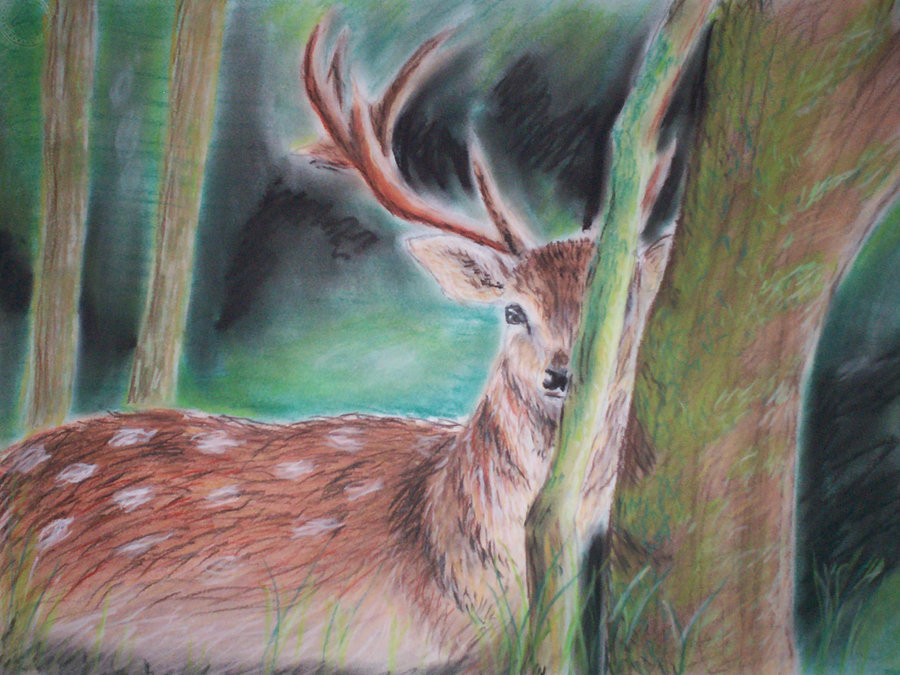 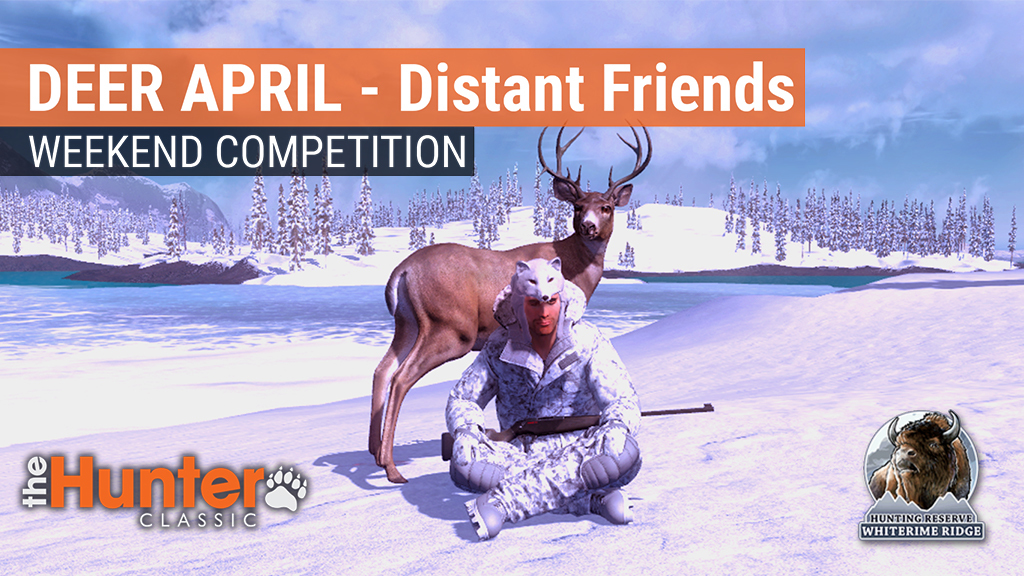 [www.thehunter.com]Greetings honorable hunter, I am Orpingalik, the last angakkuq shaman of Whiterime Ridge. Weather has been particularly harsh this year and my people need more pelts to make warm clothes. I want you to hunt Sitka deers while exercising your aim at the same time, so take them down from as far as you can.

Find out what it’s all about and join the competition for a chance to win cool prizes in em$!![/size]

SEE ALL THE ITEMS ON SALE[www.thehunter.com] 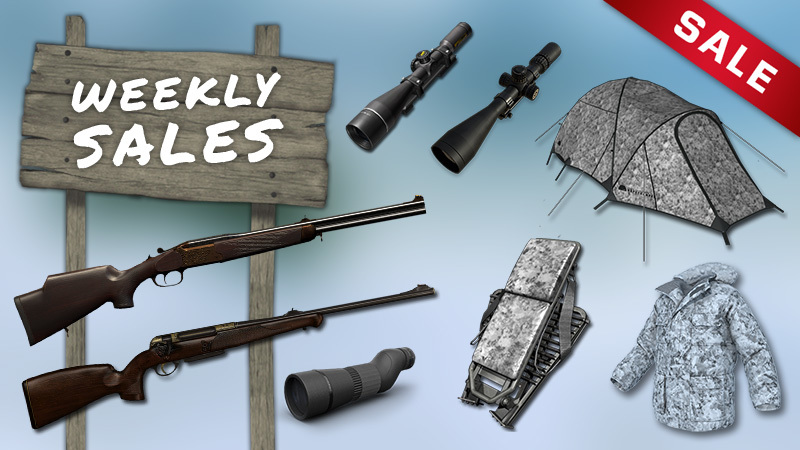 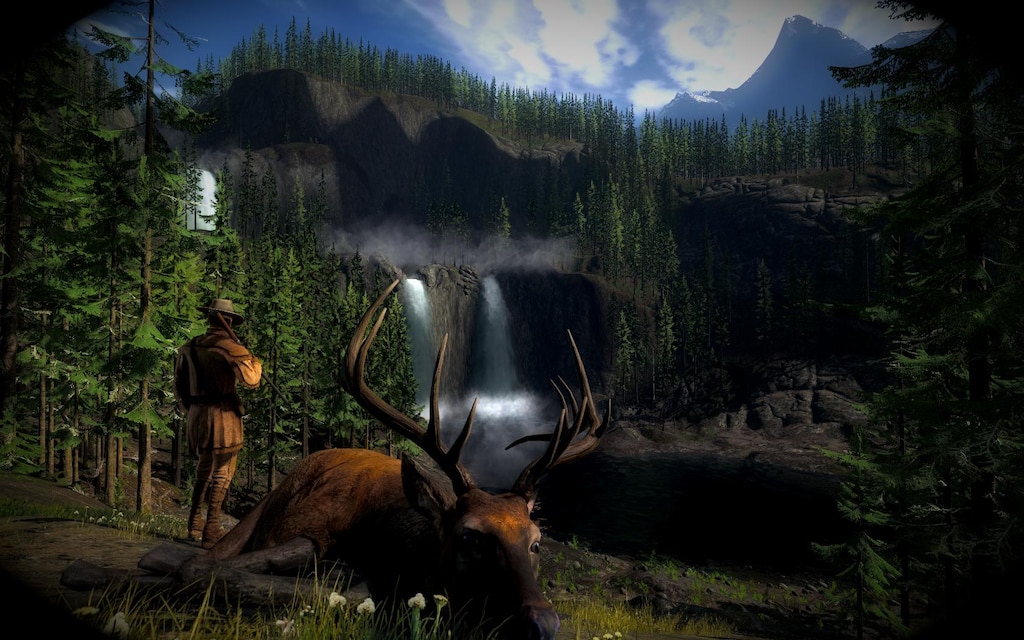 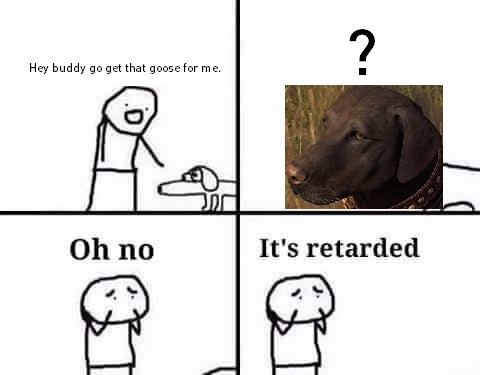 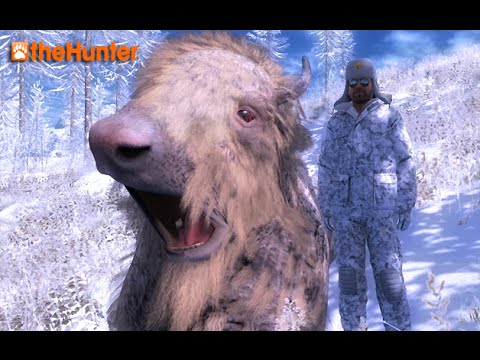 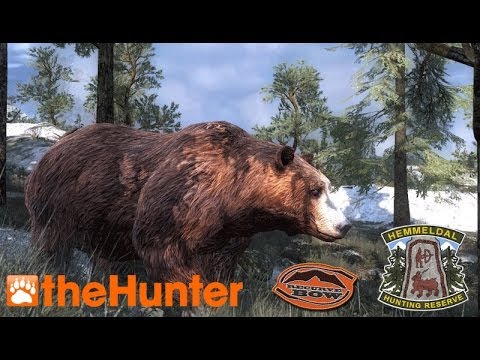 0
5
The Hunter 2014 Bow Hunting on Hemmeldal with friends

Ruthless Thief
View all guides
Just Starting
To start off let me say i've been hunting for almost 70 years. Yes, i'm an old coot. My chosen weapon is a traditional muzzleloader, open sights, round ball, and black powder. I hunt for elk, black bear, and mule deer. I live in Colorado. My chosen method to hunt is to still hunt. It's sneaking in close to the game. I have no interest in taking long shots or calling. Calling gives my position away and alerts the game. I also don't consider it fair chase hunting. I have no bias on what others do. These are...
31

petegaimari
May 4 @ 2:31am
General Discussions
Video 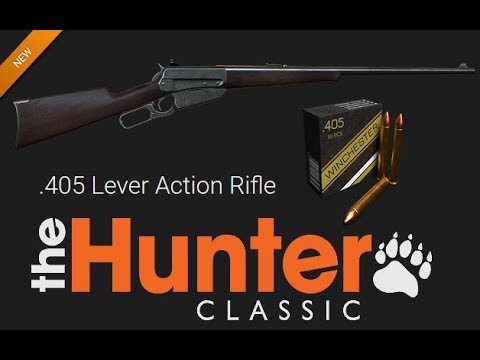 Not Recommended
0.9 hrs on record
terrible tutorial, either the button to put away binoculars is something other than RMB, or the game is unresponsive, couldn't even play the god dang game, the worst part? You can't even look at the controls, let alone change them.

there are so many better hunting games out there, just because it's free, doesn't mean you'll still want a refund after you get it.

Edit: After reloading the game (which then you don't have to do that horrid tutorial), I actually got to play the game.
Its mediocre at best, super easy to learn, the realistic behaviors and game features are done really well, and using a gun is not a pain. But all of the good things pale in comparison to the bad things.

#1. Graphics, so, this game has abhorrent graphics, its understandable, but this can utterly BREAK the game. At far distances thinner tree branches wont render, or even show up, neither does color, so what you think is really a good sized deer is actually a patch of leaves that you thought was a deer. I'm not saying paint the deer bright yellow and make them wear traffic cones, but it can be difficult when EVERYTHING can look like a deer.

#2. Stealth, the stealth system in this game reminds me of Far Cry 3. Crouching basically pepper sprays the deer in the eyes, and standing up is like tying flares to yourself. Its absurd how close you can get to deer without them seeing you.

#3. Transportation, I REALLY hope that walking isn't the only way to get around, it would be nice to be given a truck or something, because your character has got to be the slowest walker in history. Also, sprinting give you no disadvantage, getting tired? Nope! Scaring away animals? Nada! Why does walking even exist if there is no deterrent from just, keeping sprint on?

#4 That stupid little hunting Ipod thing you carry, it can serve its purpose, giving you locations of where the animals are, but it has 3 major flaws that made me just not use it.

First, tracks, droppings, beds, etc, all have a red hue when first discovered, if you're already following a trail, you can either follow the new stuff you found, or disregard it to follow your original path, BUT, if you choose to not follow the new trail, the red hue is gone. Good luck finding it again with all the grass and tree branches.

Third, There no time to show how old whatever you found is (not even an estimate), meaning you could be looking for a deer that's already on the other side of the map, and not even know it.

So yeah, this game still sucks, sure it has qualities that are fun to experiment with, but as a hunting game? Nah. 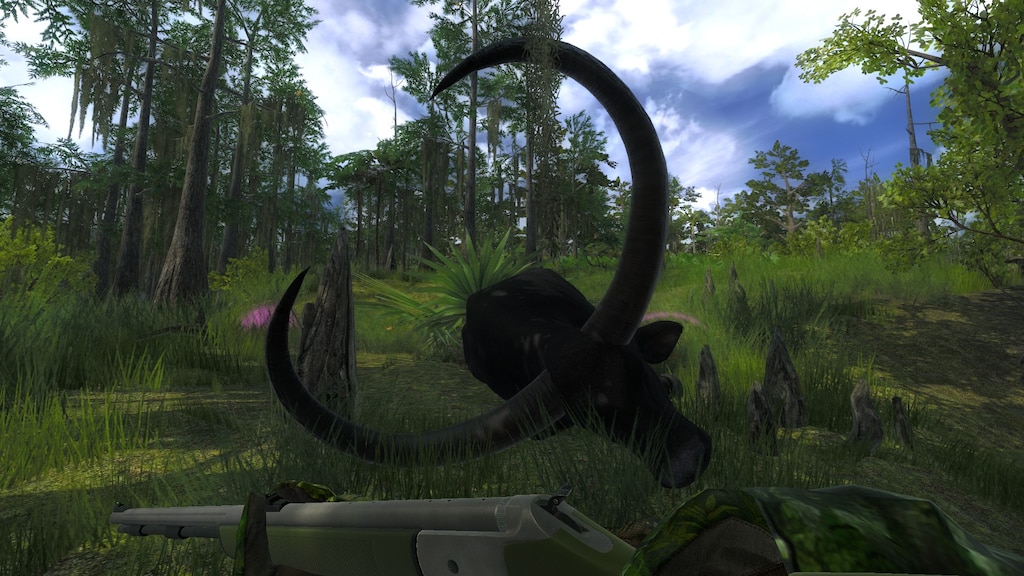 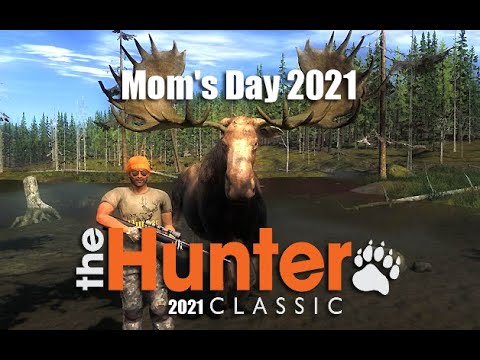 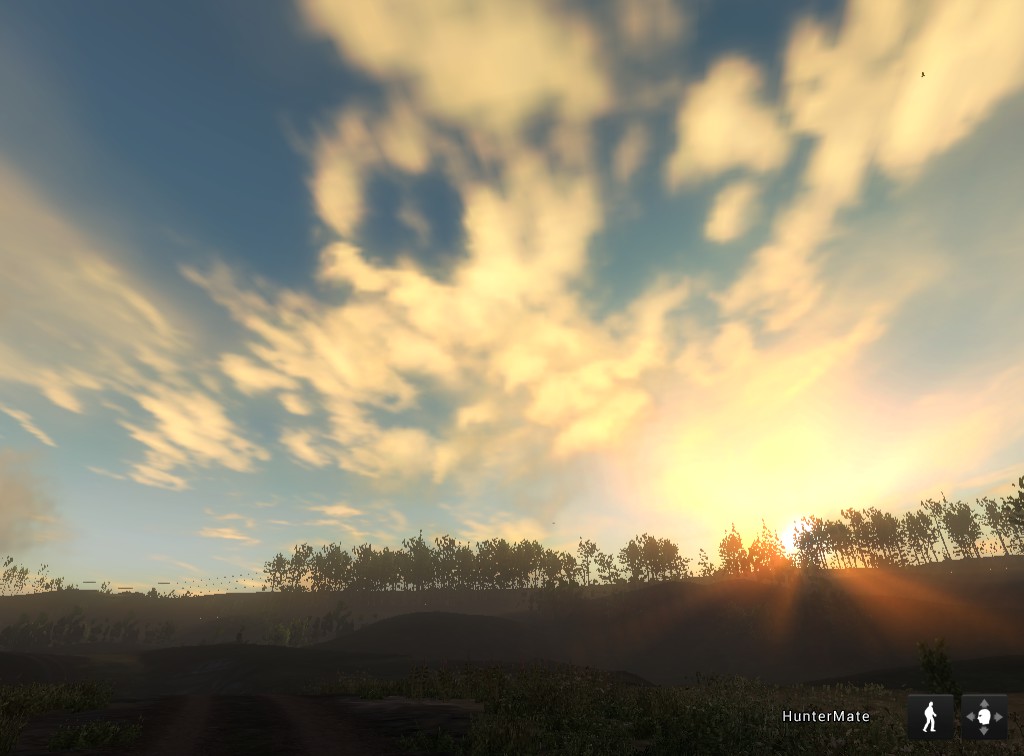 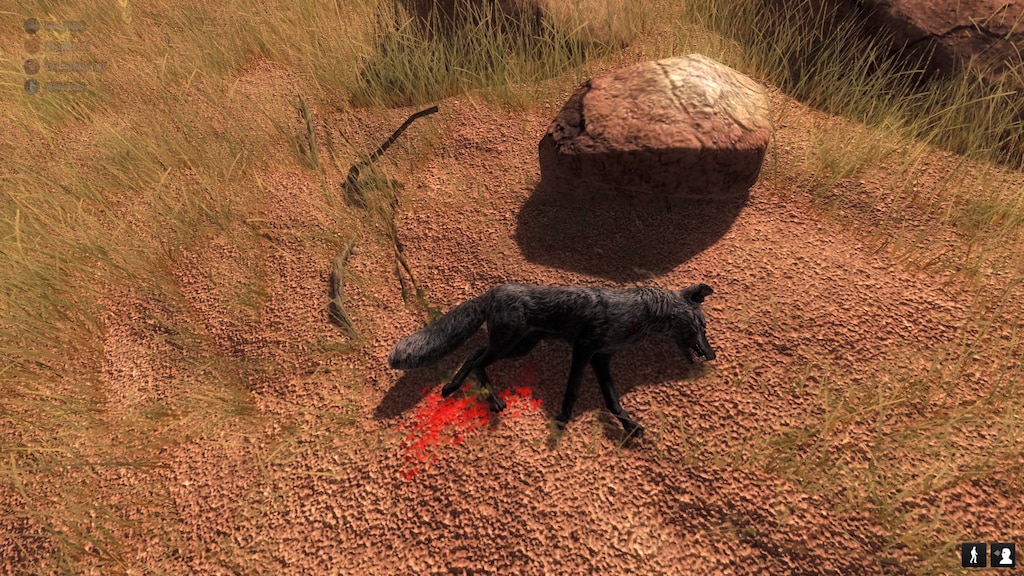 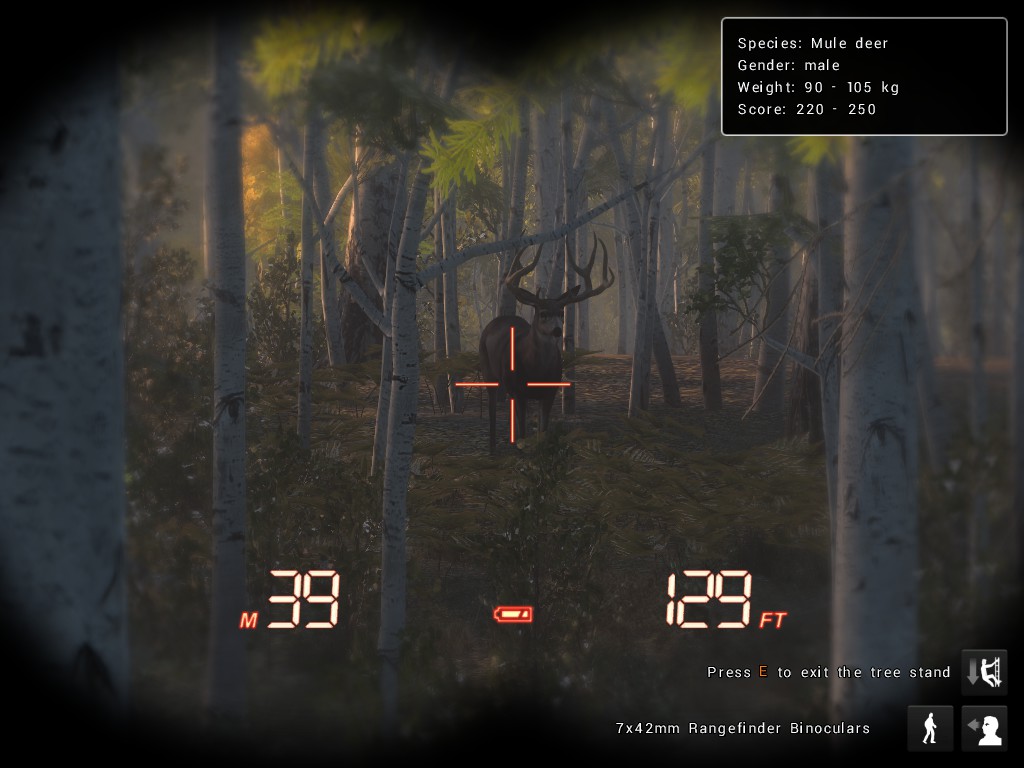 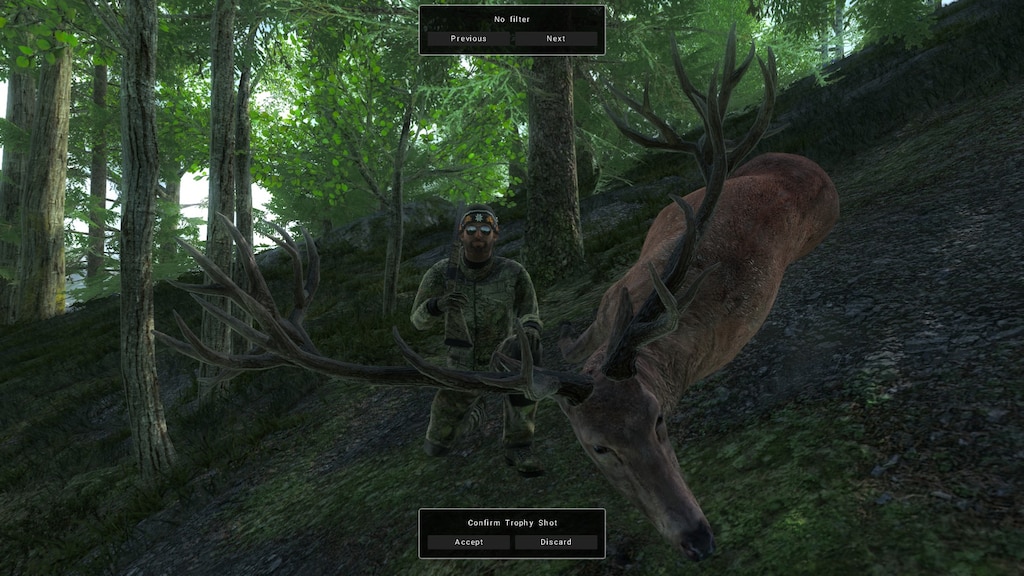 Not Recommended
5.0 hrs on record
sucks

tober1
4 products in account
0
Best way to spend 11K gms?
Returned to game, and sitting at aforementioned number of gms. What is best investment ATM?
30

Smarty1124
May 12 @ 11:11am
General Discussions
I'm done with the game
I've been playing the game for nearly 3 hours now, and I am done. The only animal I have been able to shoot is in the one single tutorial, and there arent any other tutorials or guides to help me on the game that I've found. Every time when I'm trying to track an animal, I either track it for 45 minutes before giving up, or it spooks and I get the condescending "You wouldn't have spooked it if you spent real money on face paint!". I downloaded the game to see if it would be worth buying the second game wit...
28

Sasha
May 8 @ 7:19am
General Discussions
No one has rated this review as helpful yet

Not Recommended
3.1 hrs on record
Should be called walking simulator