BELOW is a solitary journey through the haunted depths of a forbidden isle. Explore. Survive. Discover.
-35%
$24.99
$16.24
Visit the Store Page
Most popular community and official content for the past week.  (?)
HEADS UP - CRASH ISSUE [TWO ISSUES RESOLVED]
UPDATE : The main Win10 crashing issue is confirmed FIXED. This is now live in the default branch. A very large THANKS to the members of the community that helped by sending us logs and dumps. UPDATE 2 : The second crash issue appears to be ...
205 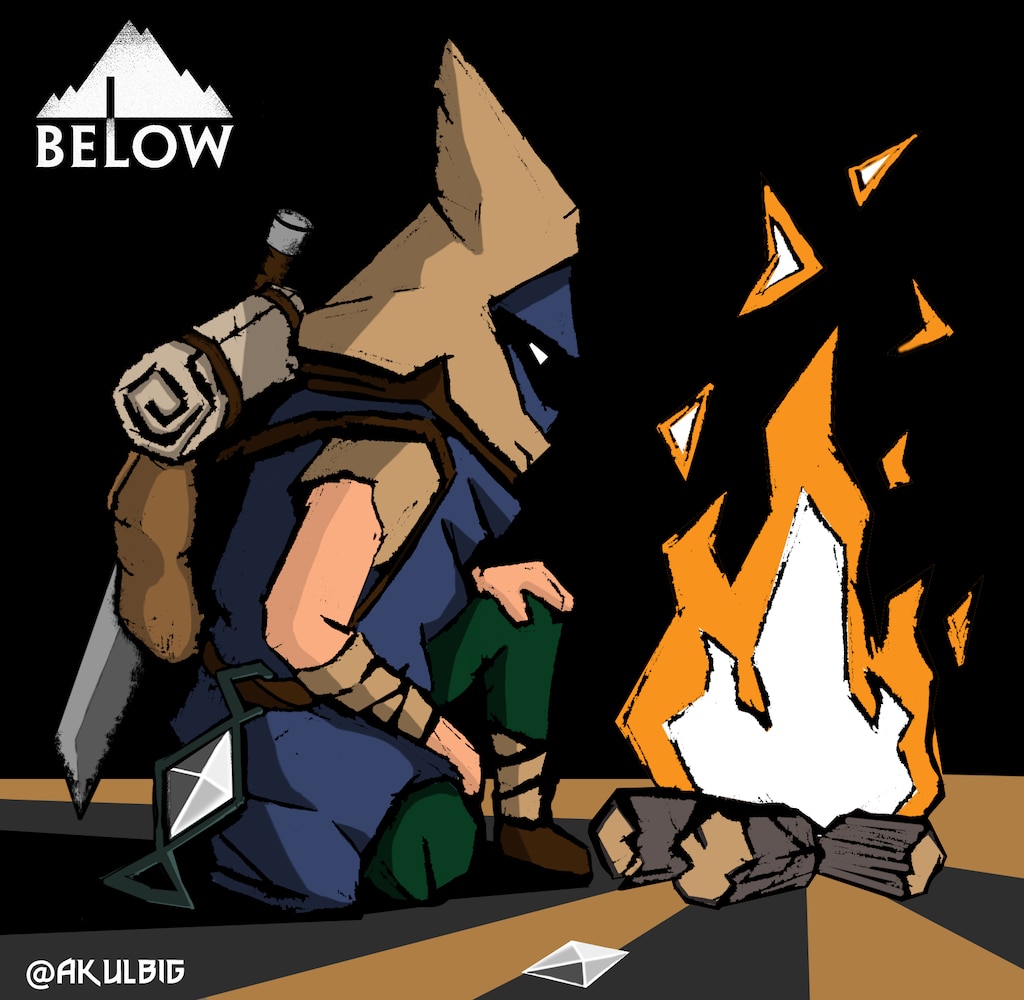 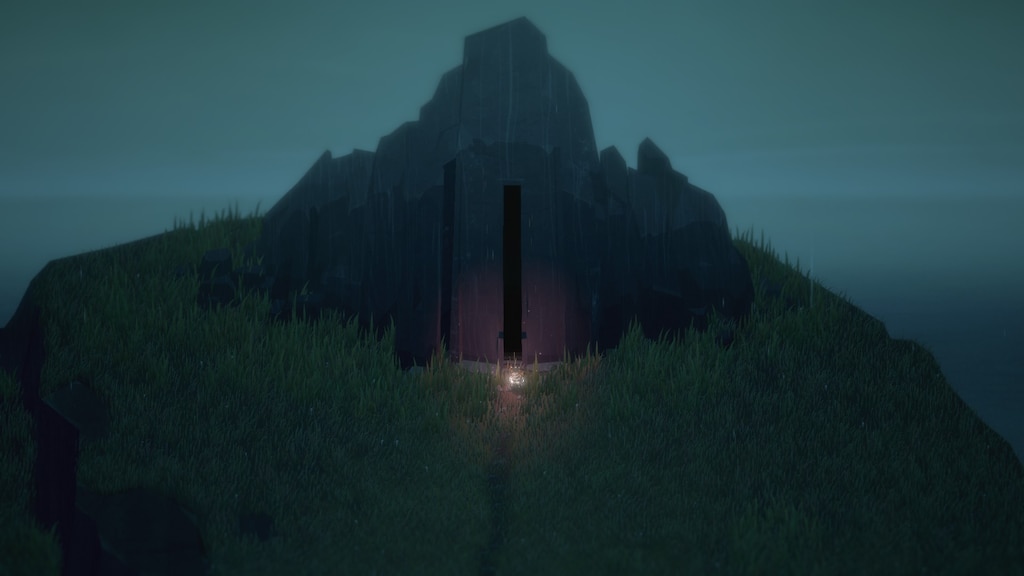 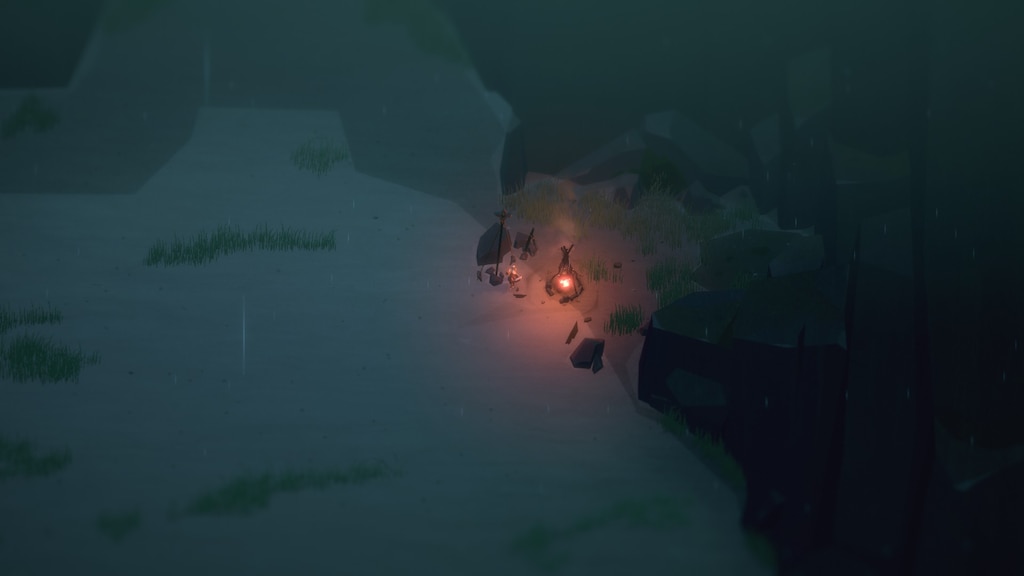 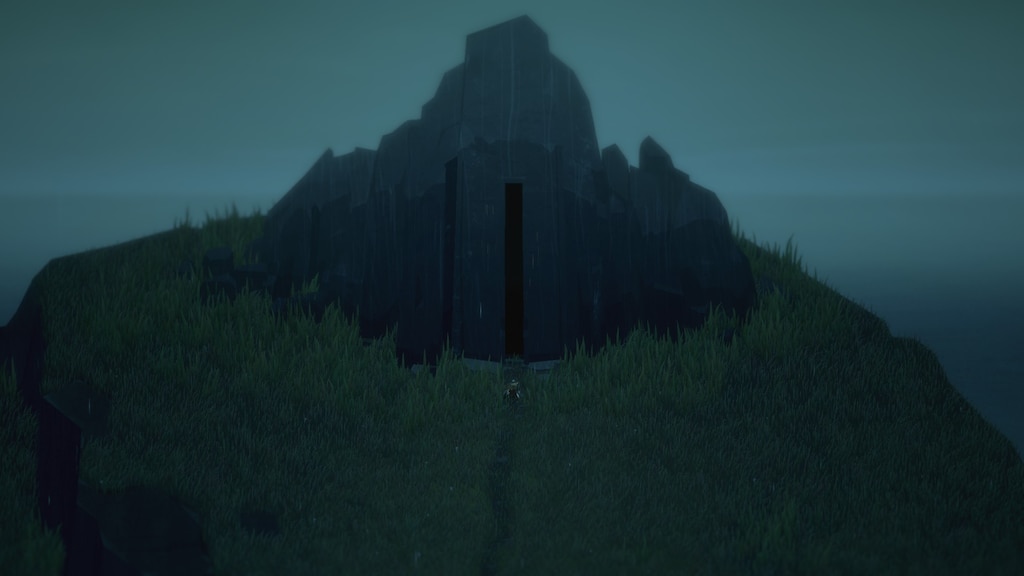 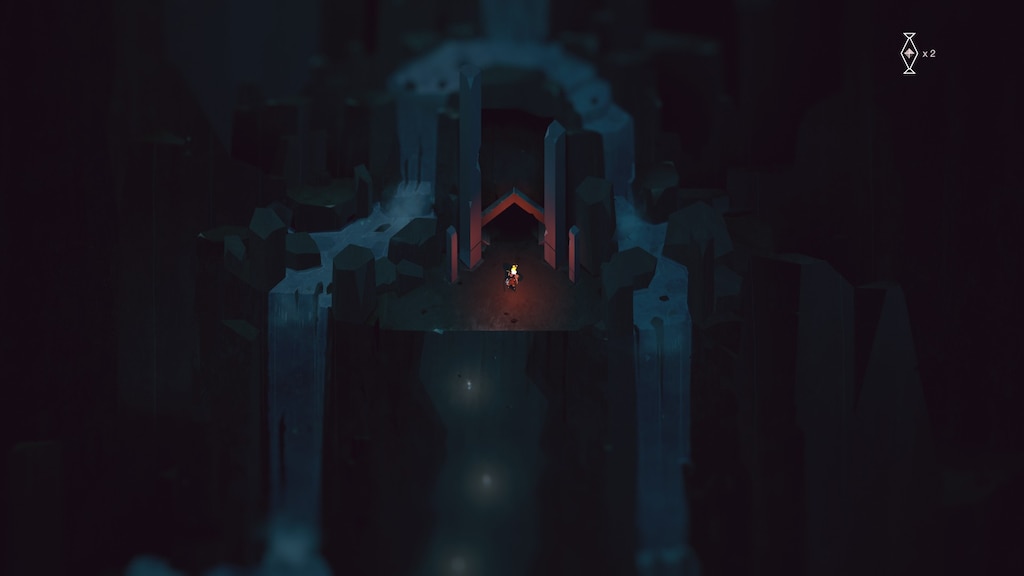 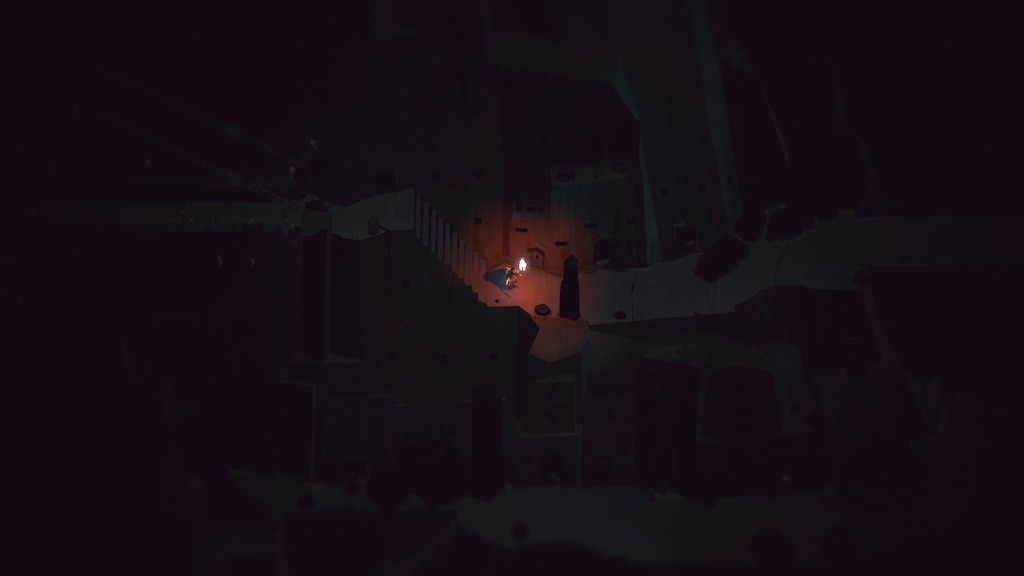 Things you should know about Below
After 5 long years in which many players have lost hope, Below has been released. This lovely looking rogue-like game has a few gameplay tricks up its sleeves. Here are some guidelines that might help you overcome the challenges awaiting in the dungeons be...
6

The Darkness Guide
If you are having hard times with the "hard" part of the game, this will make it easier for you
13 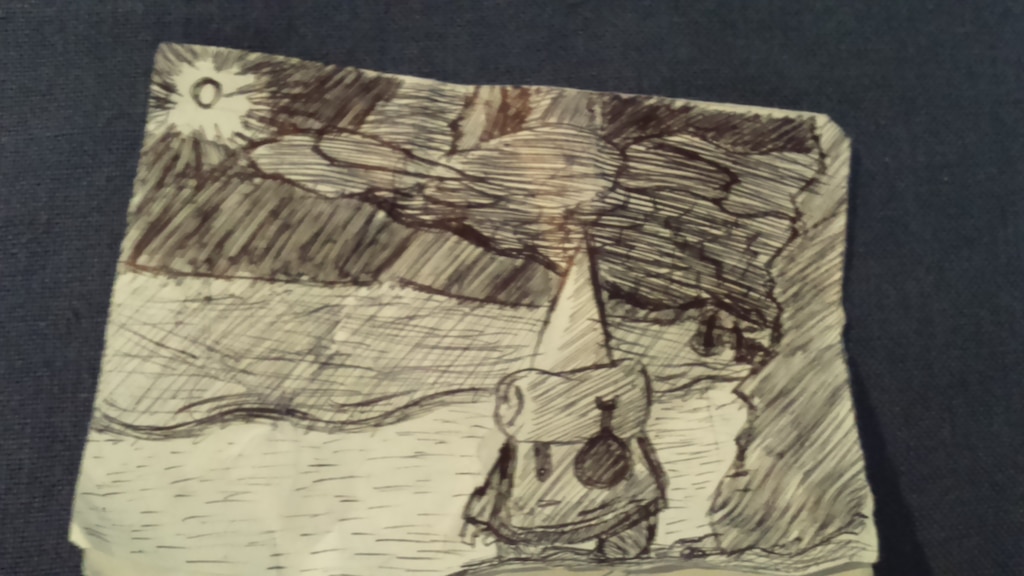 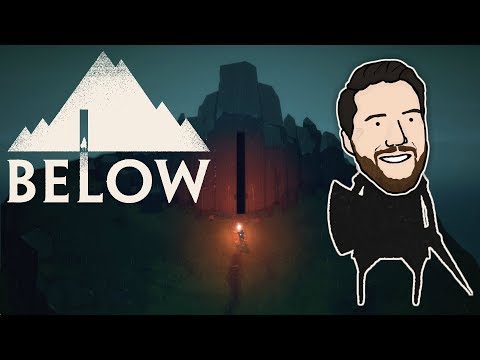 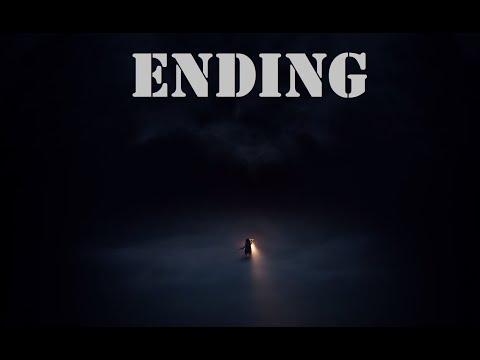 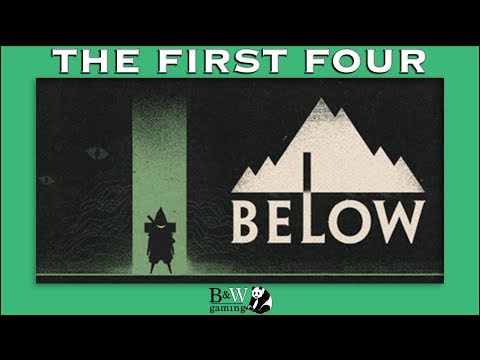 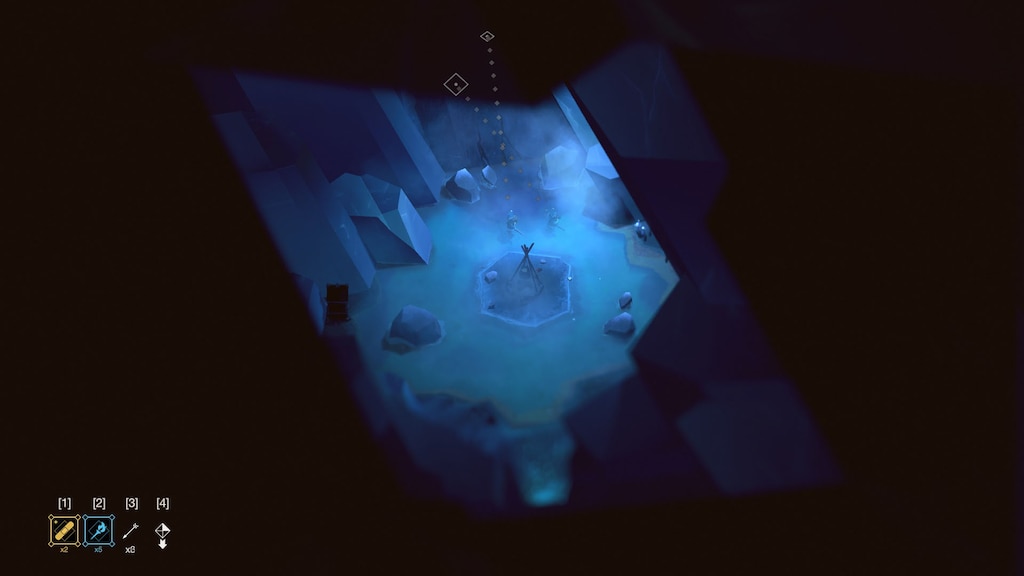 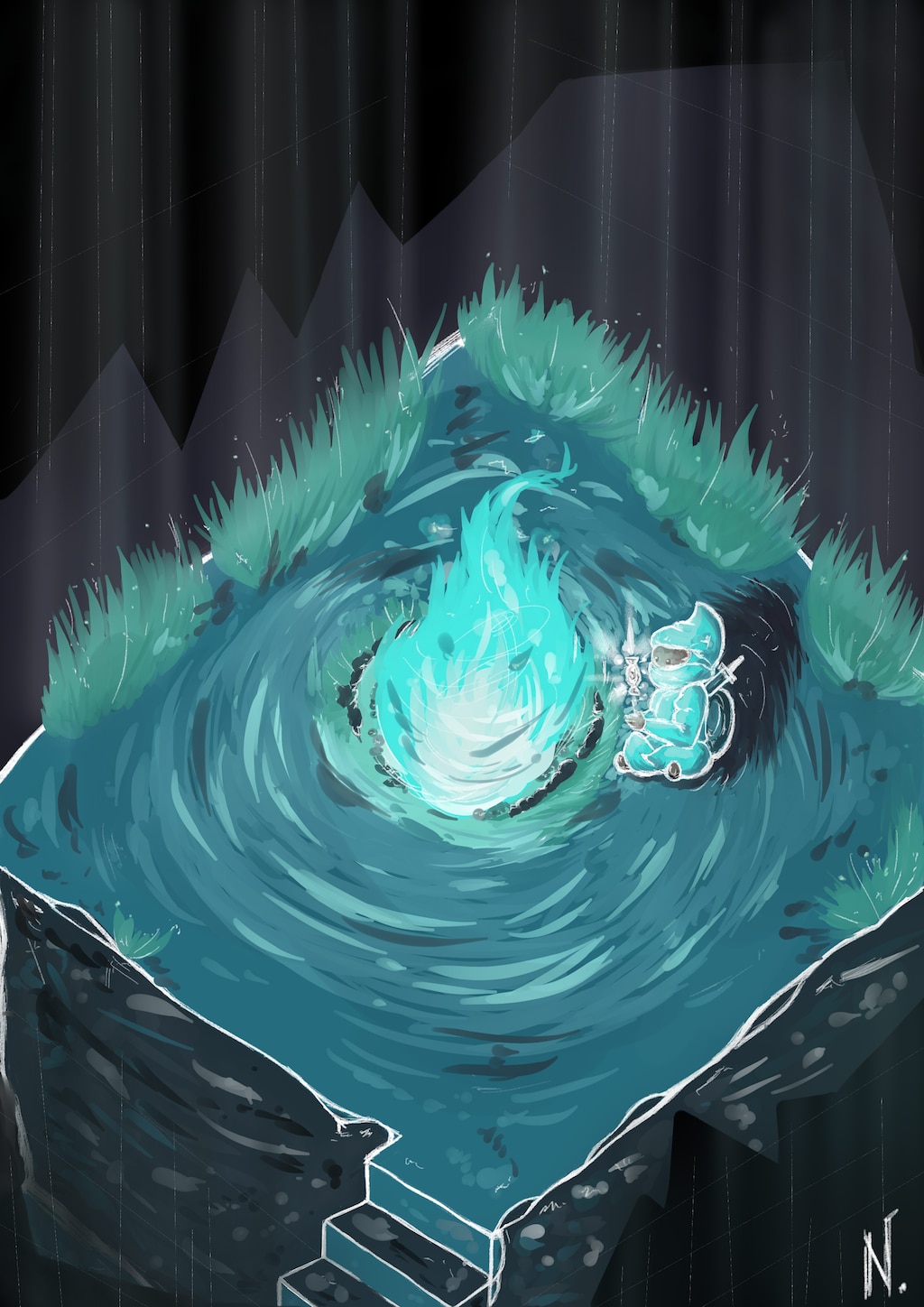 0
Ban
3
A light in the Darkness 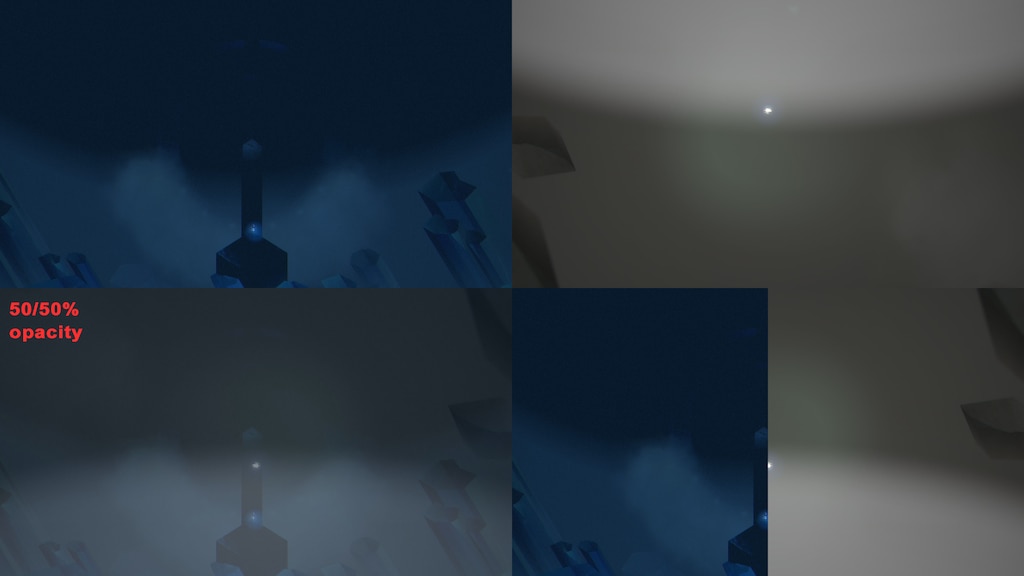 BunnyHopeLess
View artwork
Doesn't launch
Downloaded the game, trying to launch it, but absolutely nothing happens. No errors, nothing (except "preparing to launch Below" pop-up). Ideas? Update: Seems it doesn't work on Win 7. Update 2: Lots of people with Win10 also having the same issue, but...
54

tommy_beast
Sep 7, 2019 @ 9:21pm
Technical Support
Any news?
So, is this it for Below or do the developers have more in store either in the form of additional content through expansions/dlc, etc? I didn't hear about this game until it released, and it wasn't long after that most activity seemed to come to a halt he...
6

climbingeastofwinter
Jan 22 @ 1:05pm
General Discussions
What's Wrong With This Game?
Watching the trailer and the SS this game seems to be awesome, but it's mixed... There's some stupid reviews that I can't trust... At the end, I'm here in the community asking the question to the players who plays this game: What's wrong with it?
25

50/50 90
Jul 4, 2019 @ 7:49am
General Discussions
Multiple screens and crashes
Hello I have 2 monitors and third connections i use for the speakers. And Below won't work in that setup. If i unplug second monitor and audio - work fine. But without sound i won't play at all. Should i wait for fix or it's hopeless? 2020 and game can...
2

El_Kraken_Feliz
Jan 4 @ 6:50am
General Discussions
No one has rated this review as helpful yet

Not Recommended
5.7 hrs on record
I really want to like this game. I like so much about it. Looks great, love the style, awesome music. I just grew tired of how punishing the game can be and the monotony of the corpse run, dying as you rush enemies because you are about to starve and those mice are going to disappear in 3.5 seconds. Then hoping you make it back to your corpse before you die so you can make it a farther. I got halfway through before I just couldn't do it anymore. I think there are a few tweaks that could make the game much more bearable. Make the fast travel fires permanent, and I would maybe give it another try. Honestly, I'd really appreciate a non-roguelike version of this game where I could unlock the whole map, find all the secrets, and move on to another game. I'm just not willing to dedicate the time and energy this format takes to complete. I understand that would detract from what I'm sure many believe to be a great part of the game, but it's just not for me.

Recommended
11.8 hrs on record
I strongly recommend BELOW, especially if you like unravelling a slow mystery and can contemplate/appreciate a strong, stark atmospheric experience that also requires extensive experimentation with systems, mechanics and a surprisingly versatile set of game verbs.

I initially slept on BELOW due to the negative reviews upon launch, and even a few years after launch the 'Mostly Positive' tag made me hesitate, as I wasn't sure if it would quite live up to my expectations based on what others were saying. I definitely disagree with a lot of the points made in the negative reviews, although I totally understand why people wrote them - it's certainly an experience I almost had with the game myself! I want to share my initial experience and how in less than 10 hours BELOW is already one of my favourite games of all time, hopefully convincing you it's worth experiencing, or at least whether it is to your taste.

The initial reveal of the island is slow, brooding and atmospheric, as is your initial ascent. Very little is explained vis a vie mechanics, so experimenting with your move-set on the beach would be wise (as an example, tapping the block button on your shield causes a shield bash - this can knock enemies over or spin them around! Instead of struggling with enemies that block, suddenly there's another tool at your disposal). I at first approached BELOW as a simple affair, descending the levels and wanting to survive - the addition of the survival mechanics (hunger, thirst, temperature) I likened to the food clock typical of roguelikes, a way to encourage rapid descent. This proved to be an error on my part, and I think a lot of frustration with the game is born from similar misunderstandings.

BELOW, like most roguelikes - has many hostile systems (bonfires only working once per life, lantern fuel, hunger, combat, etc.) that play into a system of discovery that breeds into comprehension and mastery. When I was playing the game in my head rather than what BELOW actually is, I made it to around floor 9 and died. Having to do a "corpse run" to recover my gear and lantern (a piece of equipment vital for progress, secrets and general utility), I died on the way. Losing my equipment wasn't a huge loss, but the lantern then being displaced on floor 9 became a trial to recover - I actually found it, picked it up and took it one room along from where I died.. only to die again. The next run did secure the lantern, but all of my stockpiled food and torches were spent in the attempt. Not only that, but my main 'chain' of bonfires from my latest shortcut (an elevator from the starting beach to level 7) were spent, meaning I wouldn't be able to cook the food I didn't have.

At this point, the negative reviews flashed before my eyes, and I worried they were all true - would I really have to secure food and resources all over again before attempting another descent? And if so, would all that time then be undone if I promptly died again? Was it going to be a case of making progress an inch at a time, with the bulk of play spent on a relatively empty island, as the reviews suggested?

I didn't think that sounded right, and I'm very glad to report this was the turning point for the game utterly enrapturing me. If I was going to require food to survive, then I may as well return to level 1 and hunt, while deciding for myself what sort of game this was. I'm very glad I did. Rather than focusing on "progress" as measured by a descent, I instead started to consider the world a bit closer. While foraging for food, I decided to completely explore floors 1-3, as they felt far less threatening than what waited for me below, and there were a few things that hadn't been immediately obvious. I found out how to upgrade my "pocket", the safe dimension that, it turns out, can be very handy with some abilities that directly address complaints others have had. I found some secret goals, and some shortcuts, as well as how to brew elixirs. Scenery hidden away opened up to some environments that suggested at the history of the island, and provided further clues for things below that I only now was beginning to understand.

In my hurried play when I first started, I had found the route from floor 3 to 4, but I had also found the passage from floor 3 to floor 5. At the time, I hadn't my lantern and so couldn't open the passage. After a retrieval I then thought that to be the "right" way, and so would always go 3>5, ignoring 4 (my first death was in floor 4, and since 5 was deeper than 4, why would I continue to explore it?) But now that I had a better grasp on combat, had some upgrades in the pocket that allowed me to have a larder for food and some confidence, I returned to 4 - and found something beautiful, unsettling and exciting (mechanically as well, there was significant new game-play)! It was exhilarating, tense and absolutely was a tremendous payoff for my curiosity and play to this point.

BELOW unfurls, truly - I had let others opinions make me worry that there might not be a deeper discovery waiting for me, or that the slow-burning atmosphere was a pretense, somehow lacking actual 'intention', that it was an empty game putting on the airs of mystery. This is not the case at all. BELOW is not 'oppressive' in the sense of something like Darkest Dungeon - the atmosphere is more grounded, it is a slow burn, it requires some patience, some thought, you need to be inquisitive and willing to fail - but it is there. The mistake is in dismissing it too quickly - BELOW was in development for over five years AFAIK, I really feel the developers care in handling many of these mechanics, they are surmountable and it is enjoyable, fun and tense. While playing, you have stakes - and secret discoveries are so satisfying to make when you've earned them!

In short, you should get BELOW if you know you're the type of player that can become deeply engrossed in a game, a player with have some patience, who when discovering a new environment is either wondering what story or making a story about what happened here. If you think you might like BELOW but you're not sure, I'd still recommend it - there's something special here.

I don't know what waits for me deeper BELOW - but I can't wait to keep playing and find out.