Play as the daemon-hunter Baron Dashforth in a side-scrolling co-op brawler set entirely on the grand spectacle of a theatre stage that rewards performance over pummeling. Perform shattering takedowns and reversals!
$14.99
Visit the Store Page
Most popular community and official content for the past week.  (?)
need co-op partner
looking for a co-op partner just add me or post below if you want to play
45

Foul Play Achievement & Charm Guide
A guide on getting the non-progression achievements and all of the charms in Foul Play.
6
40 ratings 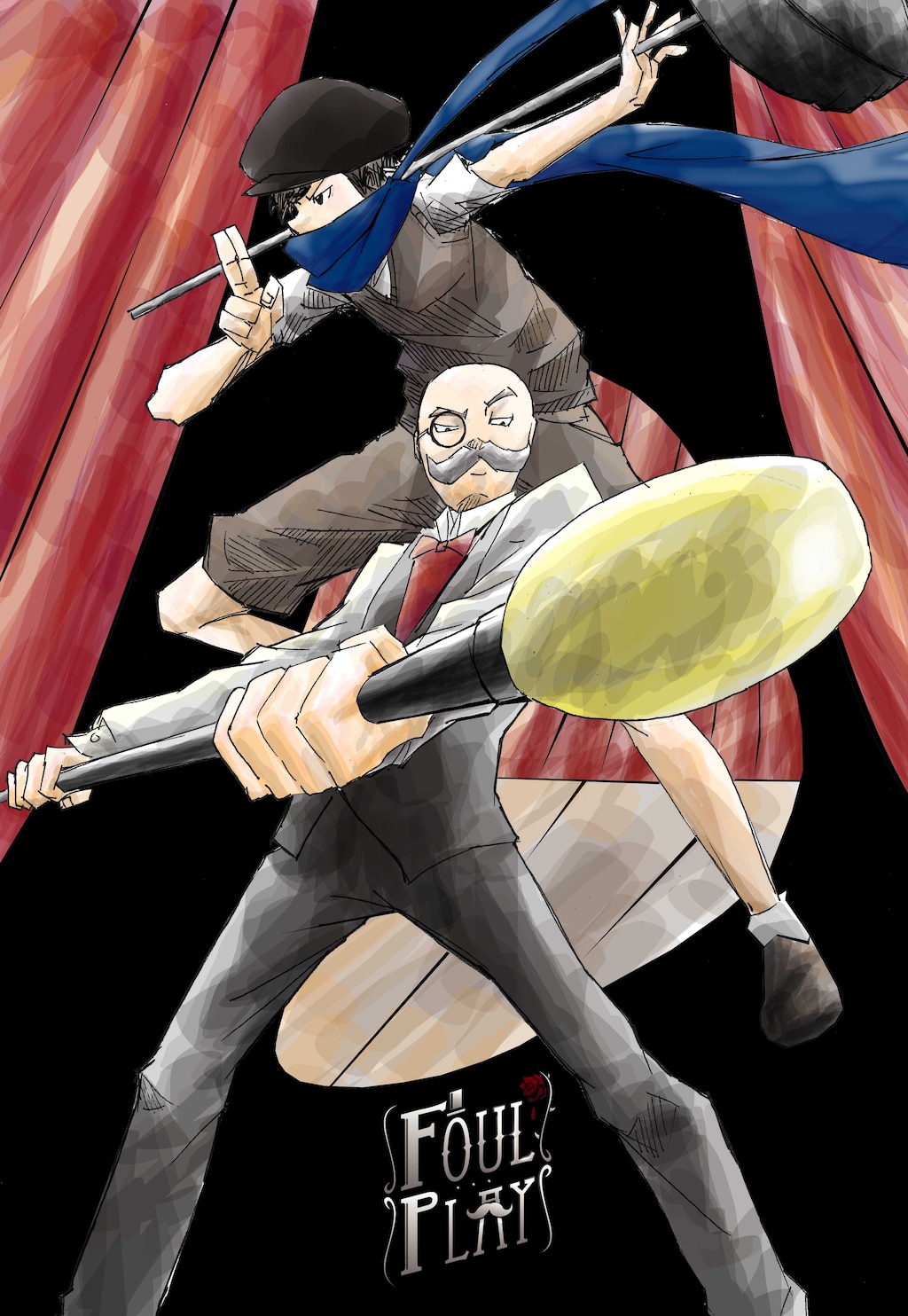 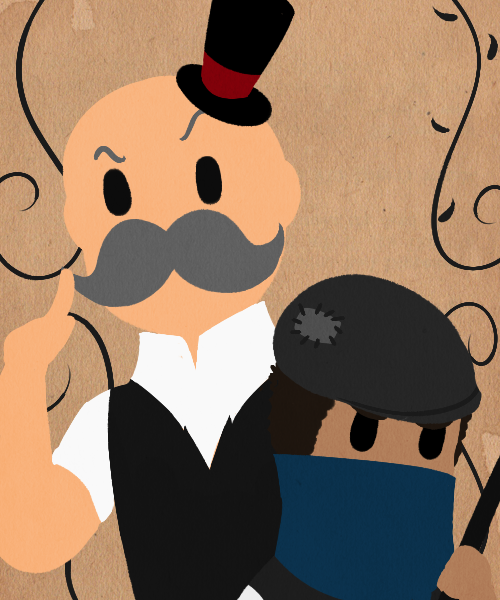 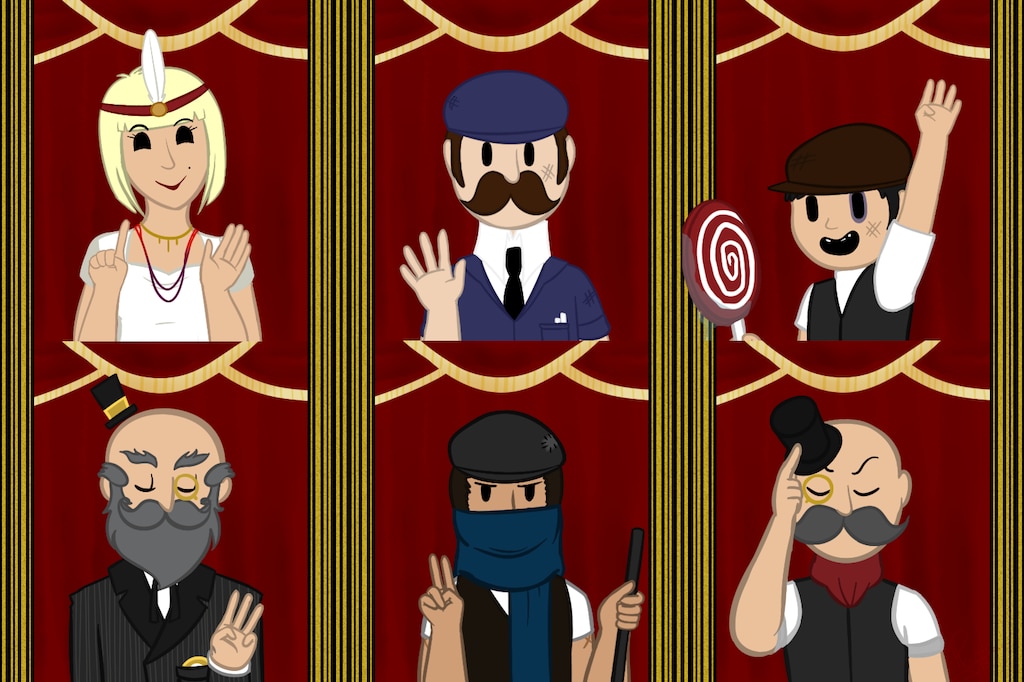 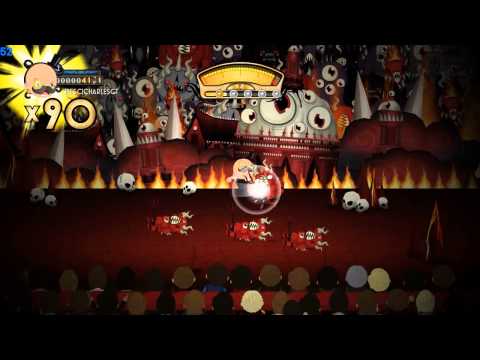 Recommended
4.4 hrs on record
Fool Play is a 2D Beat'em up, where you playing with a daemon-hunter Baron Dashforth or with his sidekick Scampwick, doing a play in a theatre, where they go deamon hunting, but Dashforth's past is catching him, and also they have to give a proper show for the crowd.

I played this game in coop, so the experience going to based on that.

Graphicly the game is similar to cartoon, which I really liked. Fits for the game. I have to give credit the "cheap" graphical method, which you can see in the game, because of the theatre feeling.

Controls was easy to memorise it. I played it on controller, which was fun to use, however my partner used keyboard, but said no regret for it. Both controlls works just fine.

Sound and music is also works okay in the game, music is fits for action or story telling part, sounds can be repetitive, but nothing too bad to be honest.

Gameplay however is something else. You just go and clear screen, sometimes you do challanges if you want, or step into your spotlight to advance in the story. This is repetitive for a bit, but thankfully the good jokes and mechanisms related to the theatre makes everything more interesting. You can't die in the game, but if the crowd not impressed, you lose. Also doing challanges is important to get charms and for level up. Doing combos and different attacks also boost the mood of the crowd. Basically the game can't be boring.

Long story short, this is a great game for coop action, however, it is short, and for the price for this game, feels a bit expensive. If it has more content, then I wouldn't say a thing. We played online coop, so don't worry about the missing information about it on the Steam page. The game's humor is amazing, game is fun to play and challanging. I can recommend it. 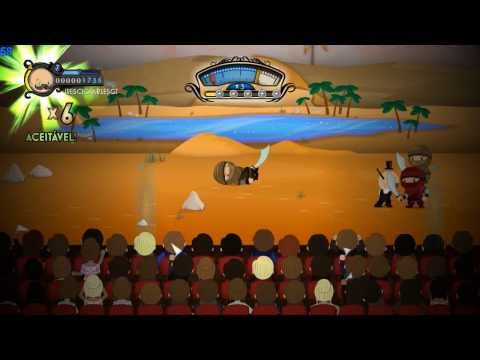 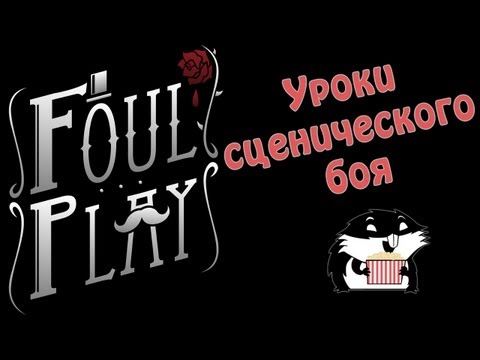 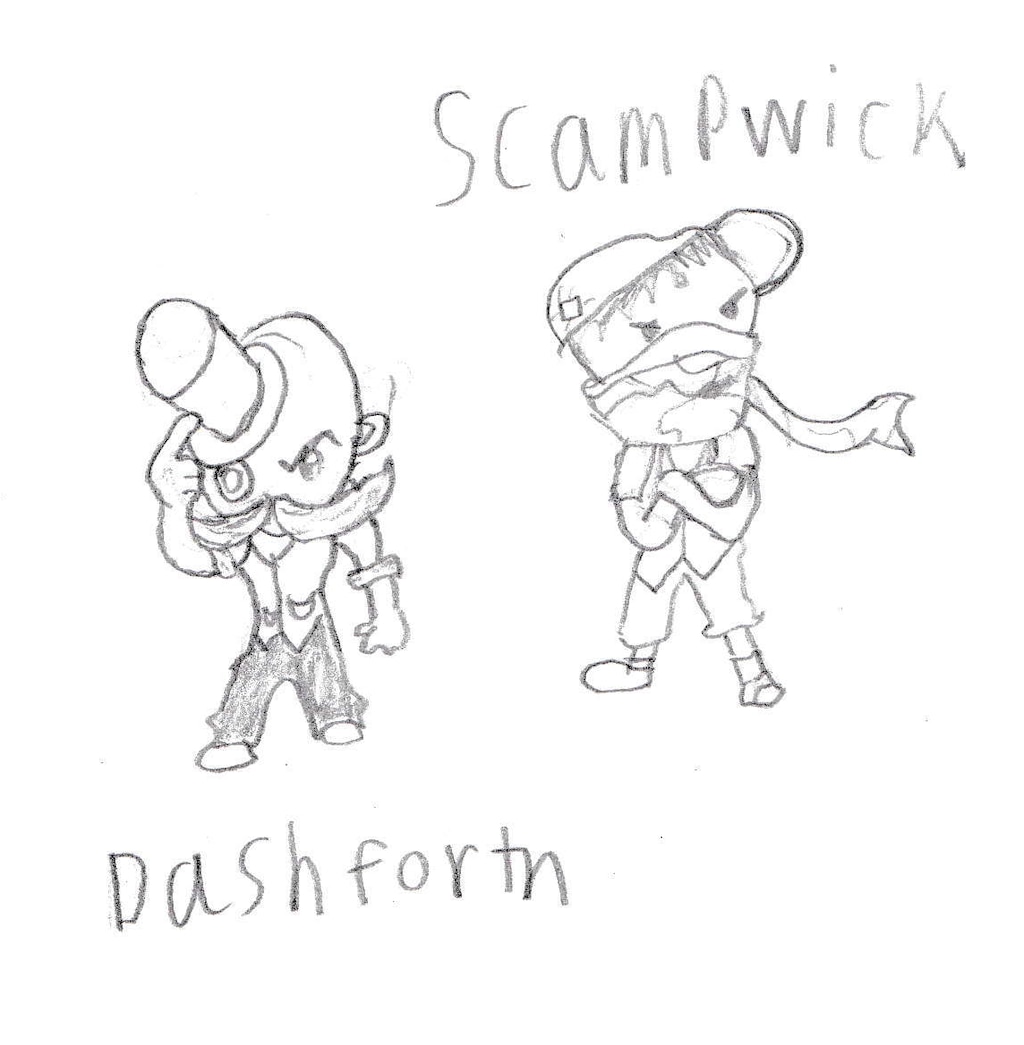 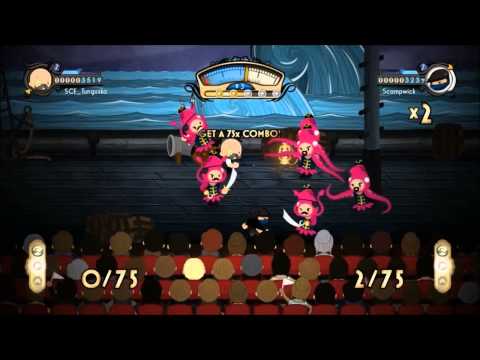 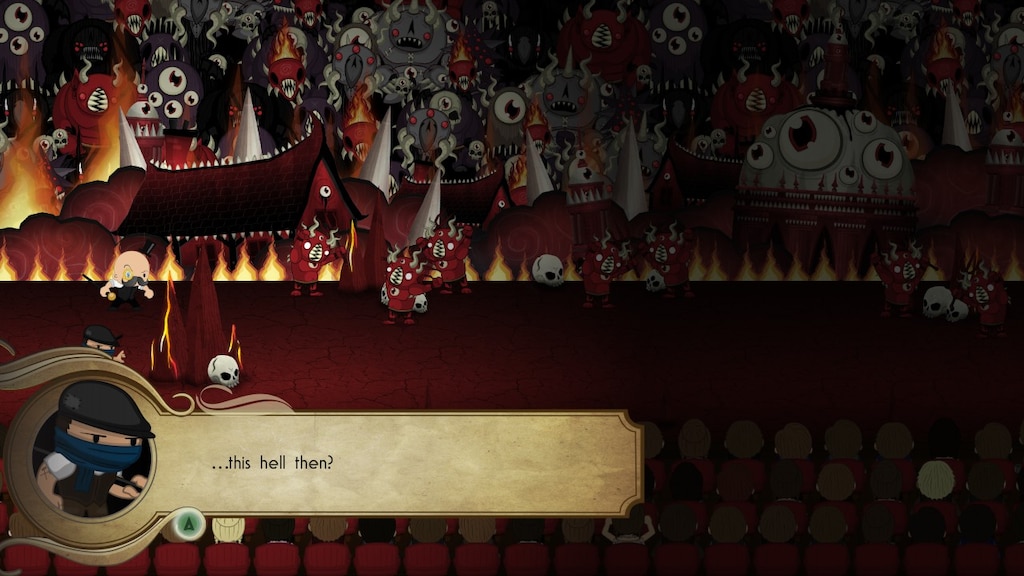 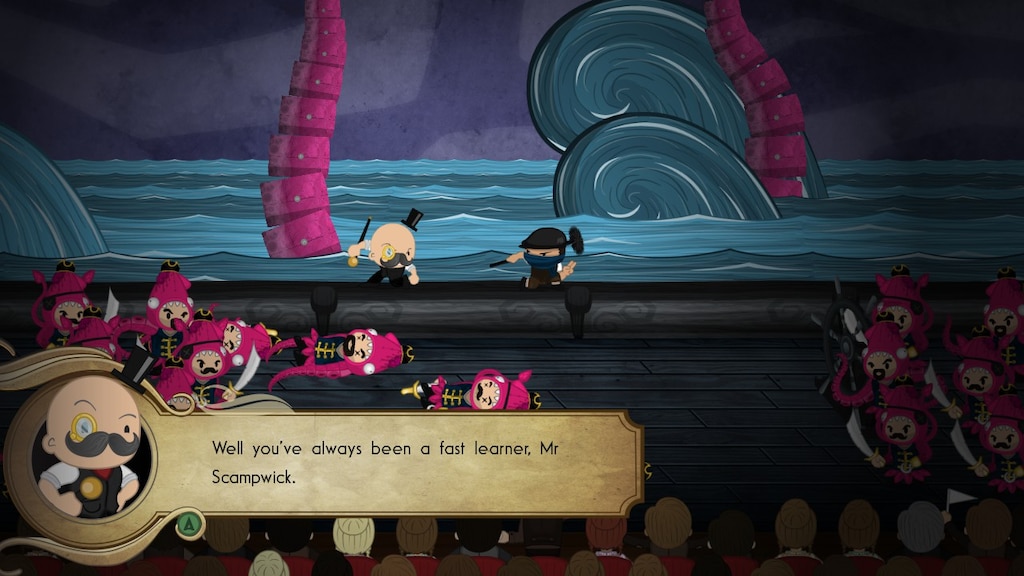 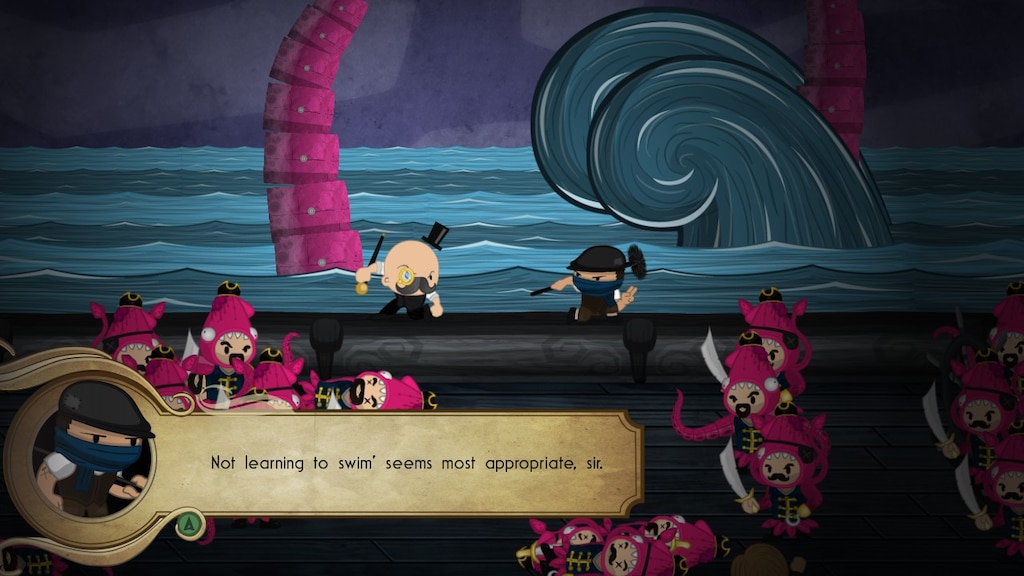 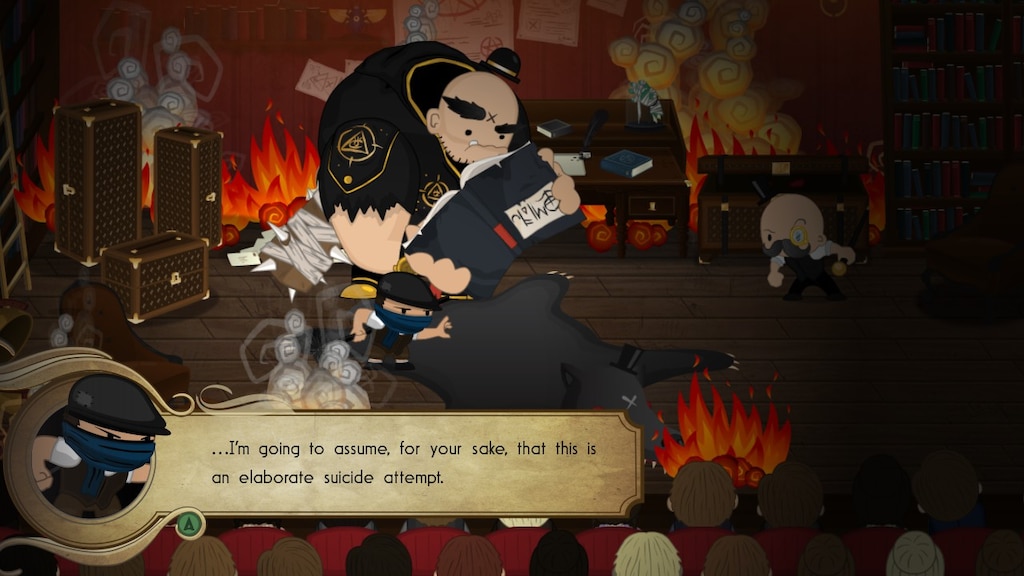 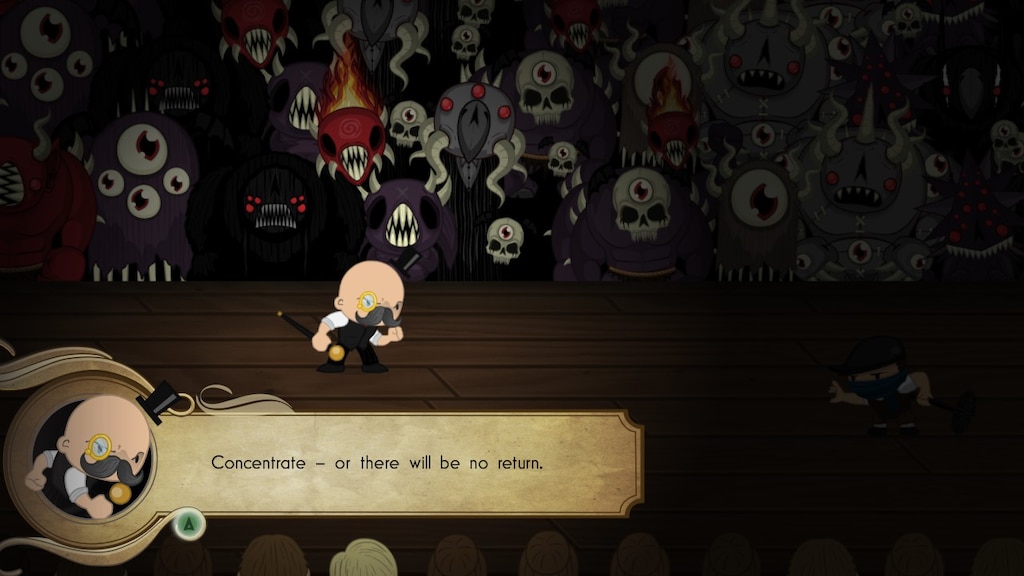 NerdSassin
May 5, 2016 @ 7:22pm
General Discussions
Anyone with voicechat wanna play?
Would be my first time with the game.
10

Kaiser GX
Apr 3, 2016 @ 3:05pm
General Discussions
Game doesn't start (Linux)
Sadly, i'm unable to start this game. Actually it's starting up in my system monitor, this is where i need to kill the process, but theres no window or any clue that the game's started on my desktop, except when i try to start it again via steam a messag...
13