The ultimate space sandbox. Participate in epic fleet battles, form alliances, strive to dominate entire galaxies and harness the universe’s resources for your industrious empire or the destruction of others. Customise your experience, the universe is yours!
$14.99
Visit the Store Page
Early Access Game
Get instant access and start playing; get involved with this game as it develops. Learn more.
Most popular community and official content for the past week.  (?)
Is this game already dead?
I'm planning to return to starmade after taking a too long break, i just wanted to know if this game's server already dead or not. P.S Sorry for my bad grammar .-.
82 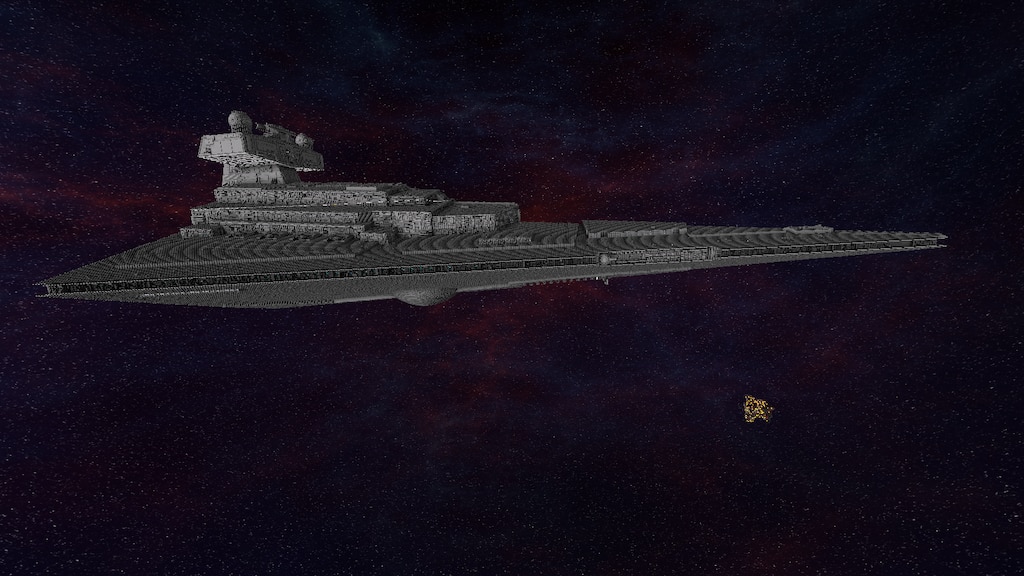 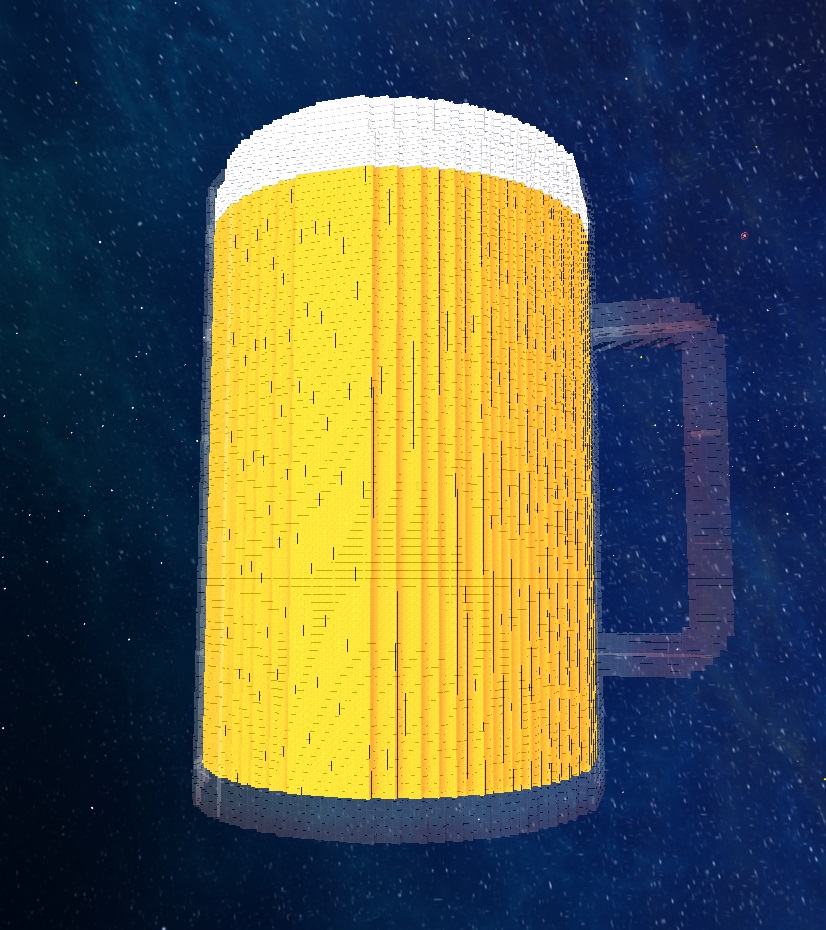 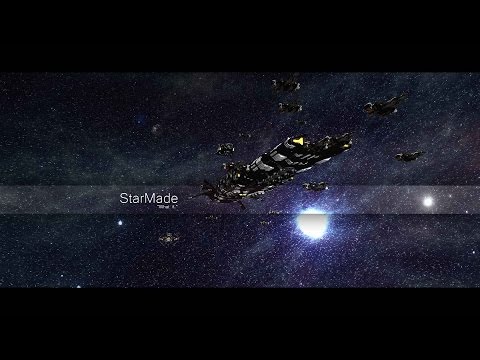 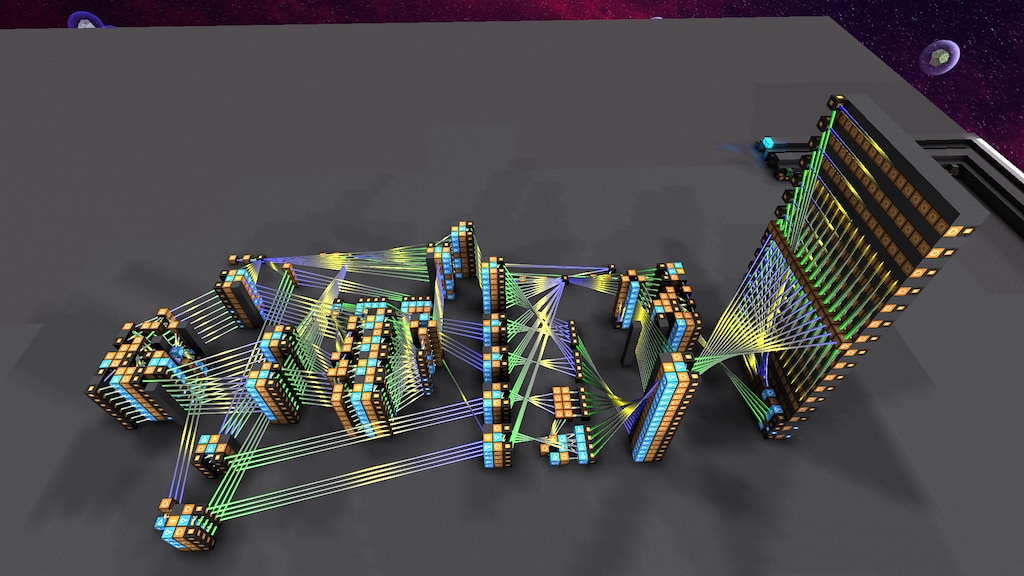 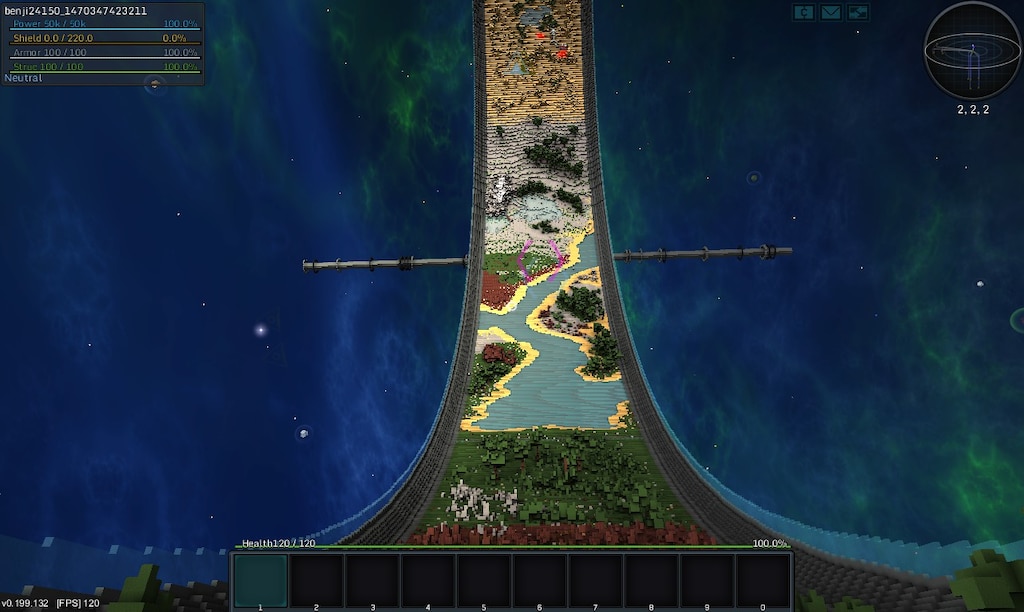 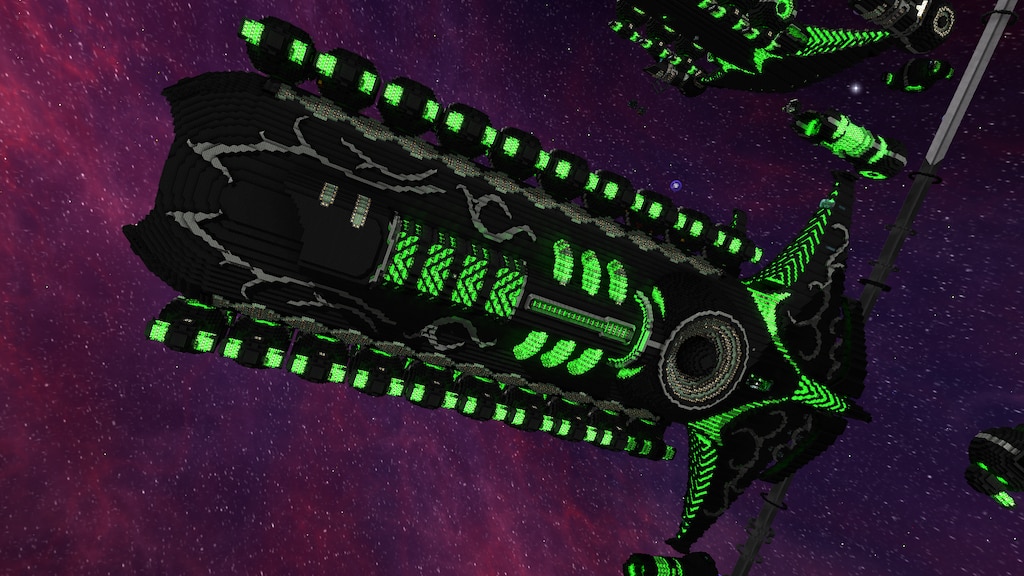 Console Commands
I am no longer updating this guide. Feel free to copy my work thus far and continue updating it yourselves. The developer's updated list of commands can be found here: https://starmadedock.net/threads/admin-commands.1283/ -Ortsac
130 ratings

Asteroids
A guide on where to find the resources you need.
108 ratings 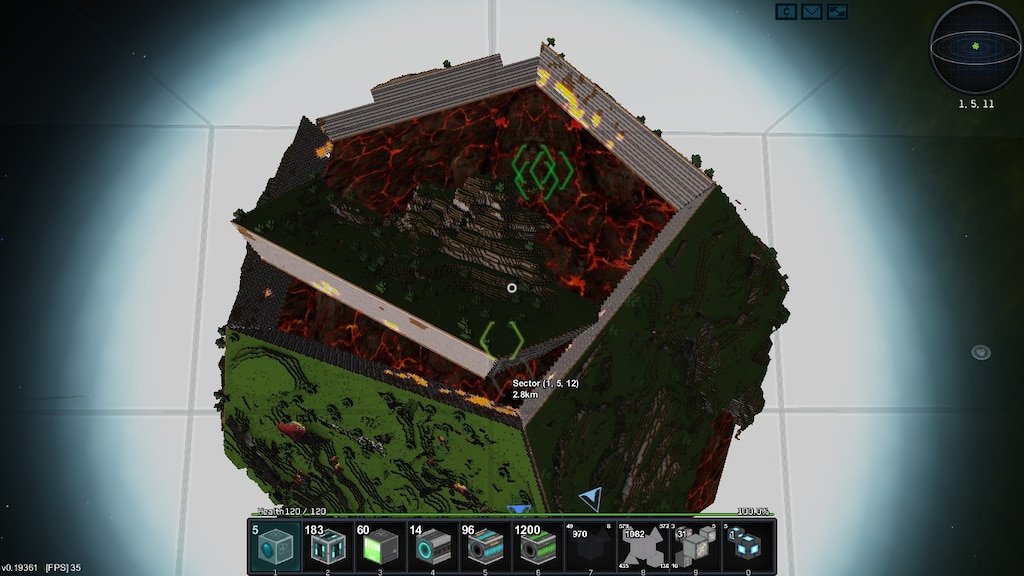 0
15
My ship must have been too heavy 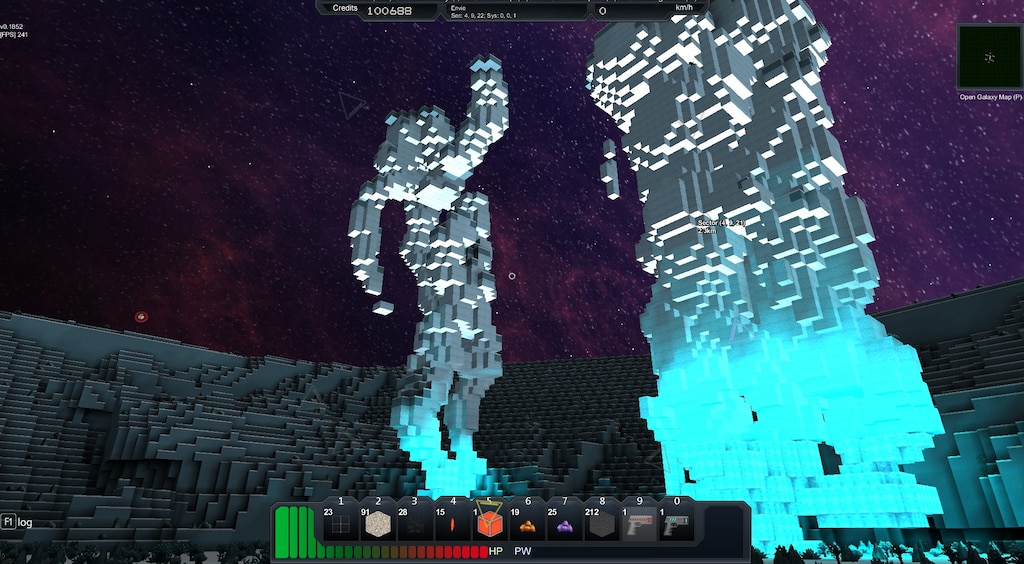 Ortsac
View all guides
Love this game
Actually I've been playing StarMade almost since the beginning (before it was on Steam) but had to stop it due to how fun and enganging it was, been missing out on work due to my SM addiction. Now though, with the current situation and me being a youtuber now (see my name and check out my channel) I feel like returning to it. Maybe even I'll get some new players, though I got only 127 subscribers so I don't think it will be much if any. Anyway, the thing I want to ask is where can I find info on current ...
4

Watch Jagielski Gaming
Jun 8 @ 11:53am
General Discussions
My game doesn't work -> How to fix.
Most crashes during loading or startup are related to outdated drivers or using the wrong graphics processor in case of laptops. Check if your operating system is 32 bit or 64 bit since there are 2 different versions for every driver. 1. Update your
214 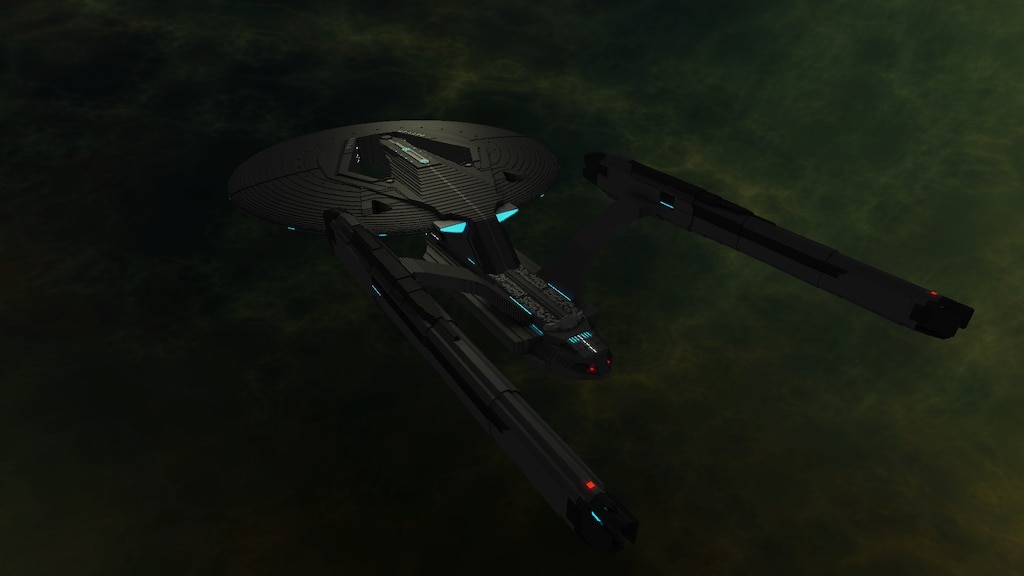 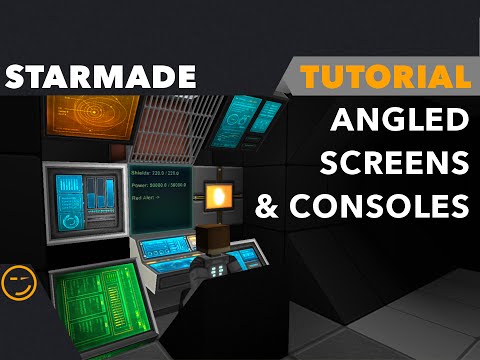 0
0
Starmade: How To Build Angled Screens And Useable Consoles For A Terminal, Rails Tutorial 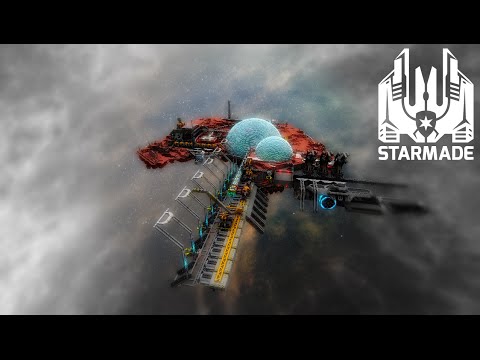 Skylord Fluke
View videos
Is this game still even being developed?
Title pretty much sums it up, i've seen some pretty cool stuff online on the roadmap but was wondering if Schine was even still developing it because I haven't seen an update in a while...
5

theamazingm77
Jun 24 @ 9:03pm
General Discussions
No one has rated this review as helpful yet

Recommended
77.8 hrs on record
Early Access Review
Overview
This game has really good mechanics that are relatively easy to understand (reactors made even more simple by recent update, but not really that simple). The game as of now is very incomplete and stalled in development, however, the plans/drafted ideas/tech demo of the next update that might come out eventually seems promising, but only as long as they can keep the game afloat.

Disclaimer
The reason for this is the Starmade Demo is actually the free version; therefore this game is technically free to play. They say that after beta the 15$ price will be enforced, pre-release accounts not upgraded by paying will be automatically upgraded. If you want to support a company/game that really needs funding (as of mid 2020), feel free to buy the game, but the free version is there if you do not (as of mid 2020, might I mention again).

Planets
Planets in this game as of the most stableTM build are not the best. They are 3D perfect pentagon shaped (dodecahedron) objects which have high gravity for players but janky/weak gravity for ships. The atmosphere effects are very minimal/bad when on a planet unfortunately; even during the noon on a normal sized planet the atmosphere doesn't reach the horizon, breaking the immersion of the planet in the first place. The corners/line "sides" of the planets are super rough around the edges, and you can see right to the "core" object. Oh yeah, did I mention? The center of the planet is a massive perfect pentagon dodecahedron as well, and it is the source of gravity. The gravity is dependent on the side of the planet you are on, but mostly turns into a spherical form as you head further out. The gravity encompasses the entirety of the sector you are in, however is extremely janky when trying to enter the planet's sector because it tries to emulate day/night cycle by the entire sector slowly rotating in a circle. (The sector rotates in a circle when outside of it, and inside everything outside of it orbits).
There are currently no moons in the game or planned from my knowledge.
Please note, this is subject to change if/when the universe update comes out which should iron out these issues.

PvP/PvE and Weapons
The game has several weapon types which can be paired with other weapons/computers/modules to change their damage output in 3 different fields. Heat, Kinetic, and Electromagnetic (electricity). The weapons themselves range from a basic cannon, pulse lasers (shoot a laser in a straight line for a short period of time) and rocket launchers (there's probably more I'm forgetting but those are the main ones). Depending on the combinations of these devices being "enslaved" to another type of weapon changes various stats, as well as combining the pulse lasers with the rocket launchers for example makes it become lock-on missiles, as well as a different way of firing them.
The PvE seems decently balanced for early/mid game, in terms of in early game you will get rekt by attackers (Pirates), in mid game you might be able to defend yourself relatively well, and depending on cheesing strats you might even be able to do better of course (such as creating a massive fleet).
I cannot speak for PvP as I do not do PvP. Look for another review, sorry!

Exploration
This game currently has infinite galaxies with infinite systems. The system of galaxies is to have a 128x128x128 grid of "systems" in a galaxy, where most of them are "void" except in predetermined shapes depending on the predetermined galaxy shape. There are multiple of course. These systems are 16x16x16 sectors in size, which have a random amount/type of planets. Some systems will have wormholes which are named like stars, but look on the map like black holes. In person they look like really weird rainbow galaxy objects. They have solar system-wide gravity pull, so be careful. What happens when you go in or get pulled in? Possible heat damage to your ship, along with teleportation to a nearby wormhole which will be marked with an arrow which will permanently log where the wormholes go.
Even though these sound cool, there is no benefit for exploring other than finding structures to get loot to build ships, as well as finding new shops, and or a place to live (planets?).
There is a navigation menu where you can mark coordinates, as well as click on a nearby structure to highlight it, as well as create a waypoint out of saved coordinates.

Ship/Station/Base Building
The building mechanics are where this game really either fails or really wins. The building of structures themselves is relatively simple, if you're trying to edit a station, put a build block on it, open it. If you're trying to edit a planet, the same. If you're trying to edit a ship, enter a build block on it or go into a ship core and the default binding "Z" will transfer to build mode.
Build mode is a free-cam/drone mode where you appear as a little drone that appears similar to a core from Portal, which you can then edit the ship more freely than in person. holding down "ctrl" (or at least that's what my keybind is) will open advanced build mode which has a bunch of building gizmos such as symmetry axis and brush size, as well as copy/cut/paste. These tools are relatively simple to use, but can be aggrivating at times. There is reactor building/modifying which is a crucial part to any functional base/ship, but has a learning curve. The last minor update rebalanced reactors to be less annoying/terrible (better balanced). There are reactor stabilizers, which when placed increase reactor stability. Distance from the reactors used to matter, but no longer does.
Shields are an important way to protect your ship from block damage. Grouped variants of the same block (shield capacitor and recharger) are more strong when placed together. Especially because rechargers not placed together will count as separate shields.

Economy/NPC interaction
There are shops sometimes in systems, a bit rare. Some have a bunch some only 1, a lot have none. In trader guild claimed systems you can find shops sometimes that are not the basic shop building like the one at spawn.
There are sometimes NPCs floating around shops which will sell you personal equipment.
Pirates and Outcasts are different NPCs which are more hostile than the trader guild, Pirates of course hostile, and I think Outcasts are neutral, haven't actually interacted with them, so they might be hostile. More info on them would be in the Galaxy Update news of a long time ago.

Other notes
I have not mentioned ship movement/warping in this review as they are pretty easy to understand once you get into the game. The ship movement is relatively basic, but is also complex in certain ways.
I am not the end-all-be-all review so check others, as well as spend time going down a wiki hole on the Starmade Wiki [starmadepedia.net].

Recommended
15.0 hrs on record
Early Access Review
I Couldnt close but it is good