Rogue Legacy is a genealogical rogue-"LITE" where anyone can be a hero. Each time you die, your child will succeed you. Every child is unique. One child might be colorblind, another might have vertigo-- they could even be a dwarf.
$14.99
Visit the Store Page
Most popular community and official content for the past week.  (?)
Rogue Legacy 2 Early Access Out Now
Aug 18
We are super stoked to announce that Rogue Legacy 2 is now available on Steam Early Access!

To celebrate we're launching with a 10% discount, PLUS an additional 10% discount for any Steam owners that have the original Rogue Legacy!

Despite only announcing the game's existence a short four months ago, it's hard to believe that we're actually at this point. It's not the finish line (more like the half-way mark), but even getting this far is a momentous occasion for us. We can't wait to show you what we've done to bring Rogue Legacy 2 to the latest era, and we're even more excited to see what ideas fans come up with along the way.

Rogue Legacy
1,046
44
DO NOT BUY THIS IF YOU LIKE THE MOUSE
unless you love both hands on the keyboard do not buy this game you CAN NOT bind the mouse this is literally a couple lines of code. the developers are ♥♥♥♥♥. uninstalled, never played, will never ever buy anything on fluke from steam again since you can't get an instant refund like google play or IOS etc...
2,836

Character Class and Trait Guide
Welcome to my character class and trait guide! The purpose of this guide is to have everything at your fingertips if you're having trouble deciding between one potential hero or heroine, or if you want general information on a class or how it's unlocked. C...
649 ratings 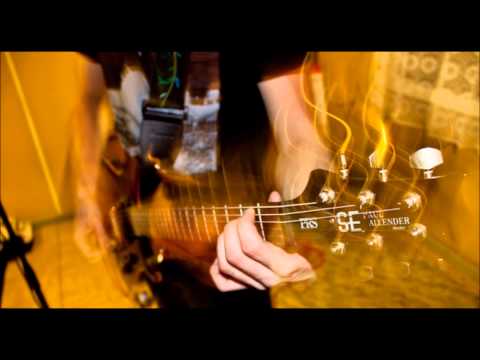 Rogue Legacy: Family Survival Guide
A spoiler light but content heavy guide that focuses on providing tips and infromation so you can make the most out of your own exploration and legacy rather than a specific how-to. Have a few laughs and maybe learn a few tricks.
478 ratings

Bosses and Mini-Bosses Guide
A quick guide detailing tips for how to handle every boss and mini-boss in the game, including the Obol remix bosses!
377 ratings

Ultimate Guide to Rogue Legacy
Here is my guide on different aspects of Rogue Legacy, I will be outlining everything there is to know in the game including traits, classes, items, zones and bosses! I hope you enjoy my guide
685 ratings 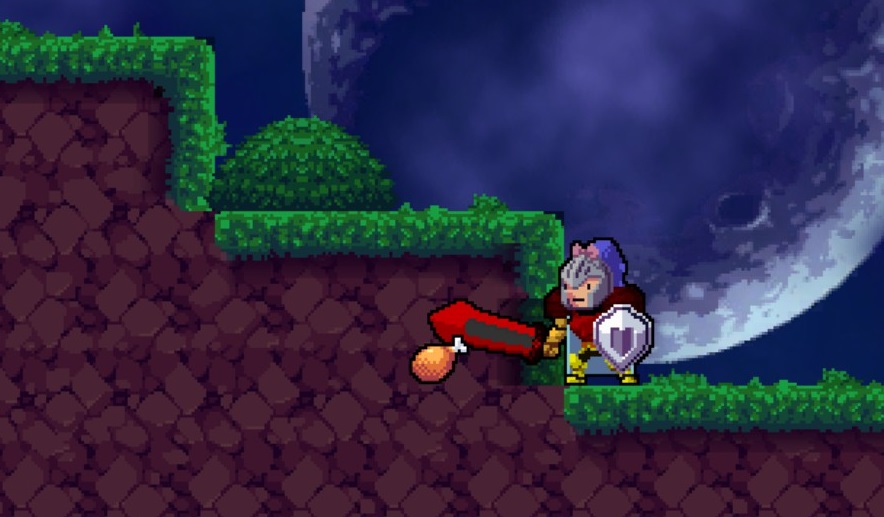 Rogue Legacy Achievement Guide
Greetings, fellow rogue-like adventurer! Do you wish to obtain all the achievements you can, but have the latin names confused you? Look no further, as I shall guide you through these troubles! Up-to-date for the July 24, 2018 update!
351 ratings 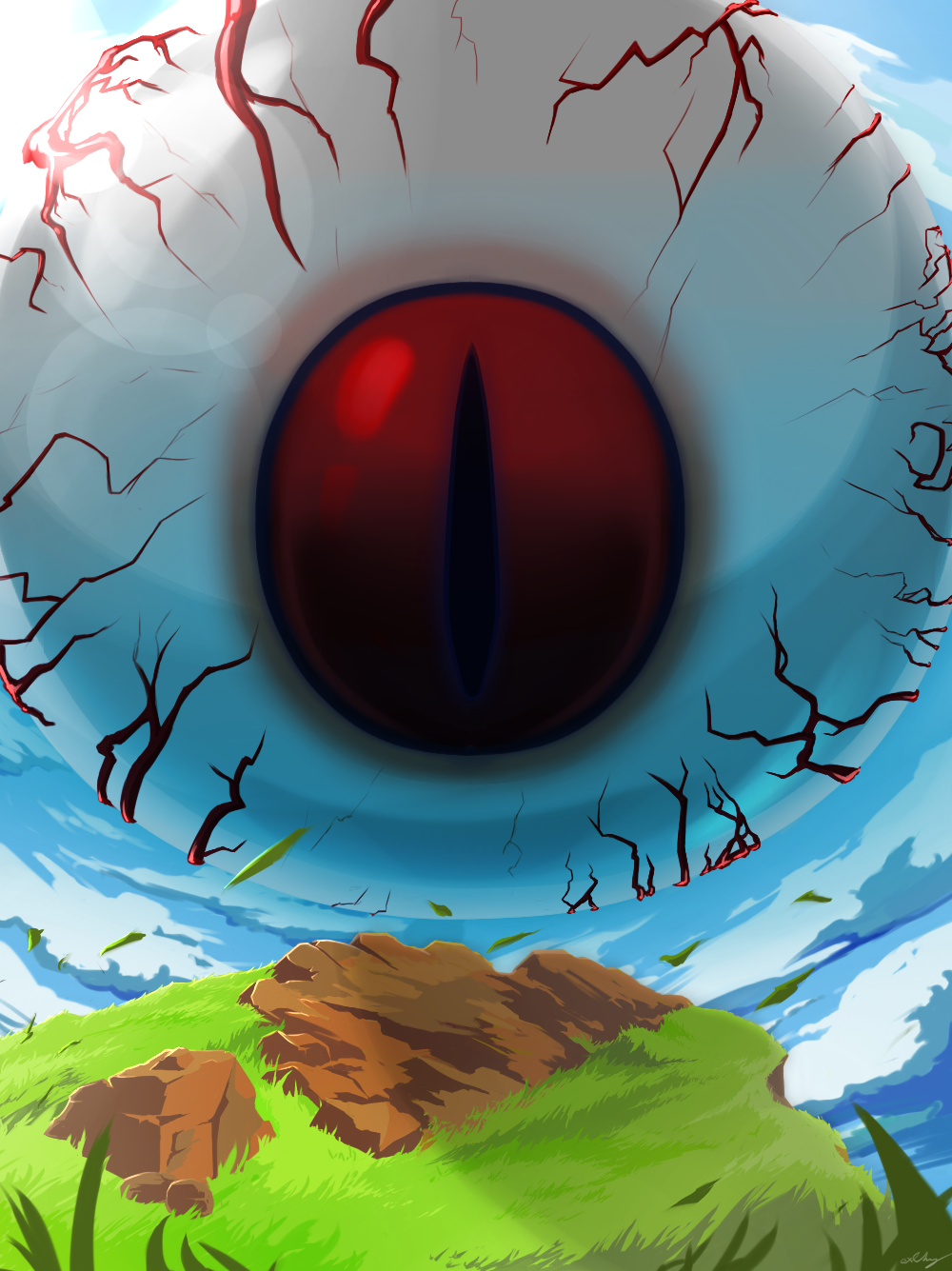 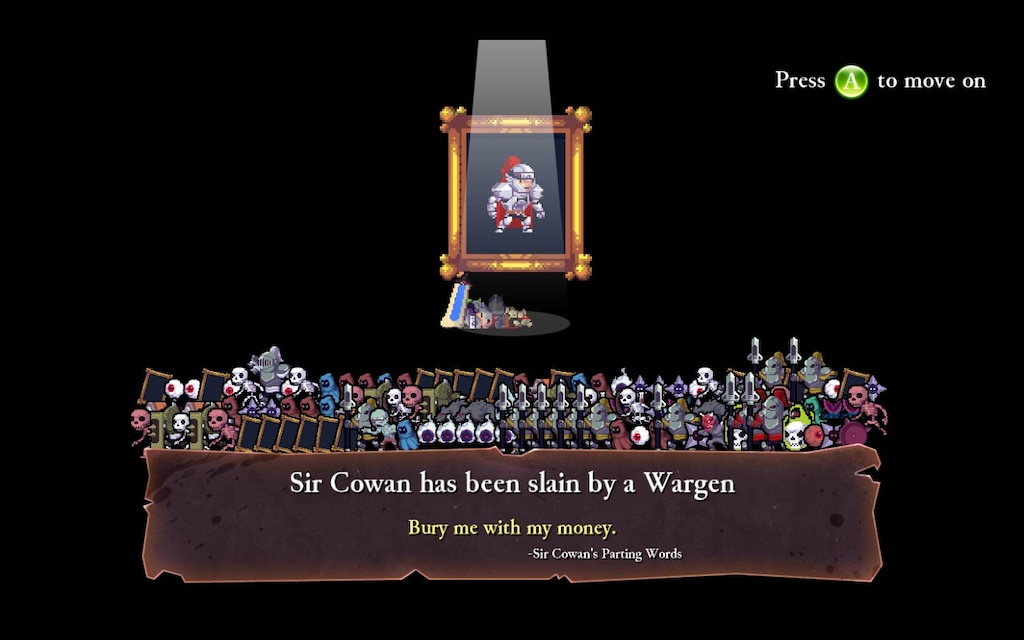 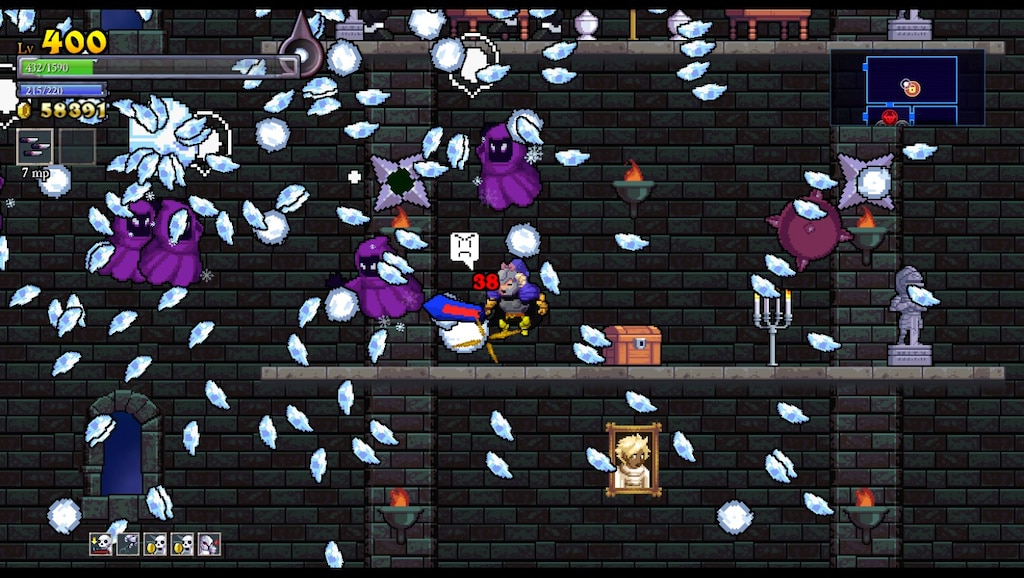 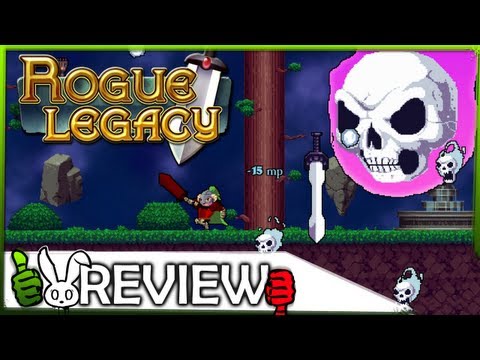 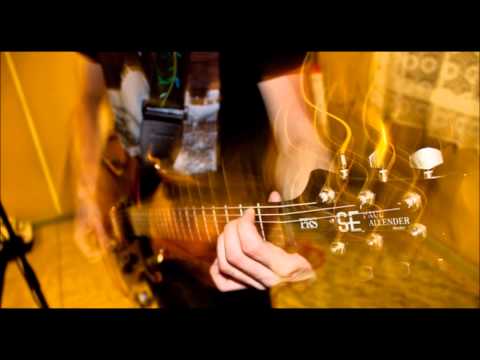 Recommended
3.9 hrs on record
Has great artstyle, plays well and can be fun if you're good enoughI'm not though

0
1
My first attempt at drawing 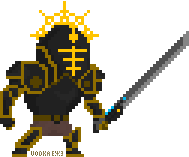 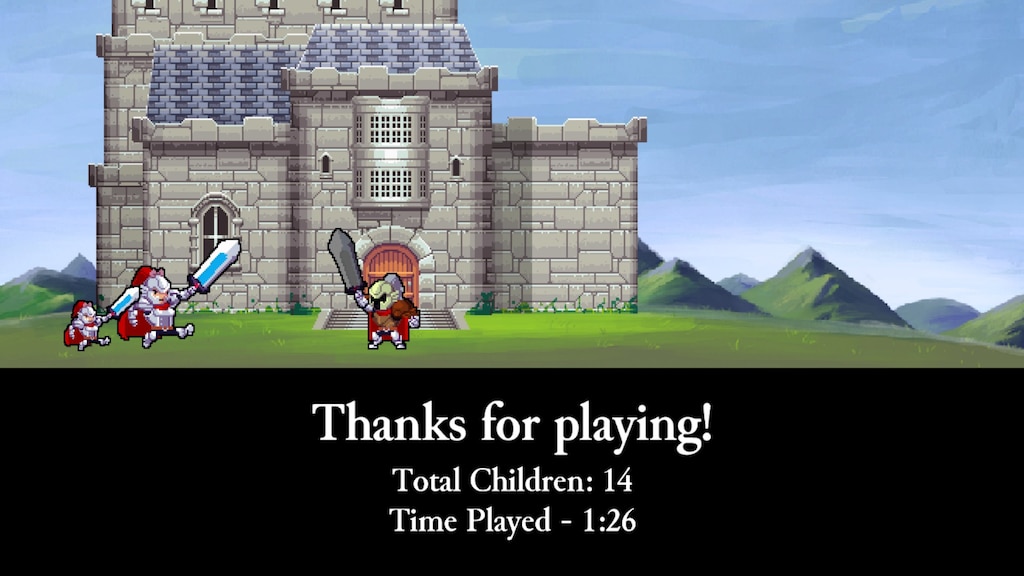 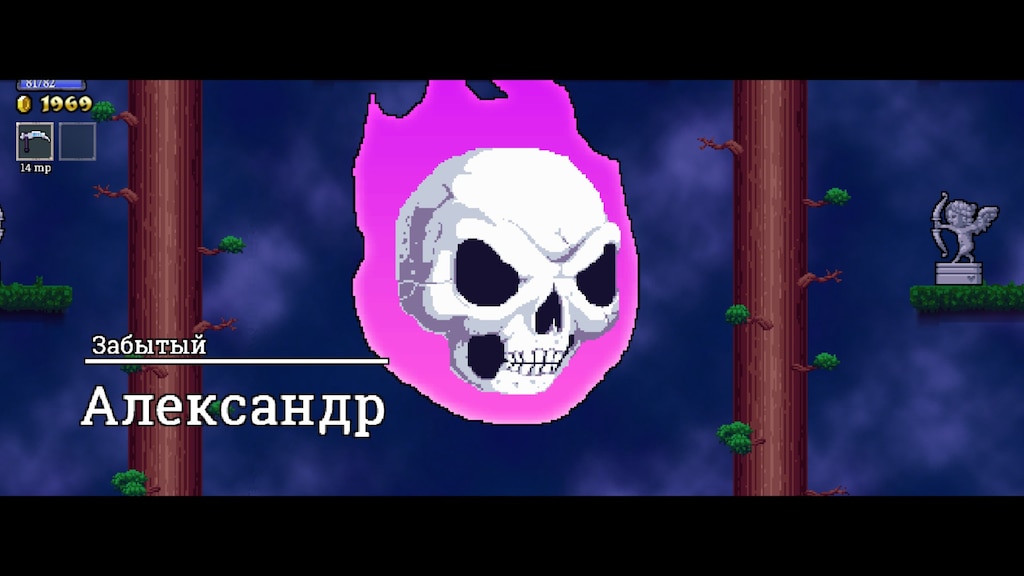 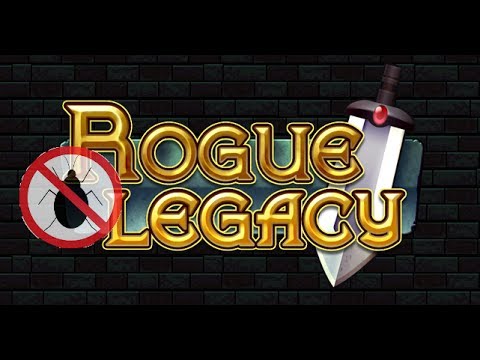 Not Recommended
5.9 hrs on record
I had fun at first but it just ended up being too hard for me
thats what she said

Paradox
540 products in account
0
Why do I suck at this game?
I can't beat any of the remix bosses. My reflexes are too slow and I am getting old. No amount of practice is going to improve my reflexes since that trait is determined by genetics and I have ♥♥♥♥ genetics. I can't beat Alex the IV even if my life depended on it. There is just too much going on in the screen for me to keep up. The farthest I got in the fight was about half way through his health. I decided to cheat through the first remix boss since I spent 15 hours fighting it and the closes I got was ab...
6

Joe's Friend Joe
Aug 27 @ 12:52am
General Discussion
I will never understand how this game became such an Indie darling
Second time I'm giving this a try and I still just don't see it. I already know I'll get tons of "Get Gud" comments (or ignored) but it doesn't feel like the game is made with that in mind. Don't get me wrong, I get the appeal of the roguelite loop, I also get the additional appeal of sometimes having a borked character for the lols and sometimes an awesome one. But the actual gameplay is just ridiculous, it's just a murder machine which one can argue all roguelites are but there's still an element of ...
14

SL0P0K_ZA
Aug 25 @ 4:32am
General Discussion
Should you buy Rogue Legacy 2 early access on Steam?
In Rogue Legacy 2 play as a warrior, mage, archer, or other physical character to defeat different types of enemies found throughout the dungeons. Open chests to reveal blueprints that can be crafted by a blacksmith to better equip yourself for battle. Earn as many coins as possible in order to afford new abilities and make your character stronger. Rogue Legacy will make you want to quit, but is so addicting you can’t stop. Enjoy the adventure and story in this adventure RPG roguelike experience. https:...
4

PlayWhenBored
Aug 24 @ 6:17am
General Discussion
Are there any other games very similar to this?
I've still not found a game like this in all the years since it's come out.
10

Paro
Aug 20 @ 7:10pm
General Discussion
No one has rated this review as helpful yet

Recommended
51.8 hrs on record
I first played Rogue Legacy as a PS4 demo at Target in 2013, and ever since I've been enchanted by the idea of rogue-likes. When I finally bought the game in 2015, I played on-and-off for about 20 hours or so and then gave up, having believed Khidr was something I'd need to grind for. When I came back last month, I went straight to Khidr and absolutely stomped the poor fool. And then I proceeded to stomp the Forest. The game lets you get away with grinding to a stupid level, and after 3 hours you'll have seen all of the procedurally generated rooms.
This was only compounded by the fact that this game has a total of 3 classes worth a damn: the Shinobi/Hokage, the Miner/Spelunker, and the Mage/Archmage. Close quarters combat is a sometimes-food. You'll have enough Mana and enough potions laying around to replenish your spam, which expedites this already relatively easy game, and the ability to choose between 2 sets of 3 spells where one is ridiculously good and the other sucks lobotomizes the game. I beat every boss by pulling out the spikes or the flamewheel as an Archmage.
The Spelunker is a weak class, but it sure doesn't need to stick around long. You can bum around the Castle and receive more than enough loot. I was never incentivized to push into the Maya or the otherwise more weighty regions because the opportunity for loot in them was too low just by design. Oh, but magic will save you if your sword damage is still lacking.
The Hokage is admittedly a class that you'll never use once you've upgraded your Mana enough, but it's yet another class to rush through the early game. I will also say that this class is infinitely superior to the Assassin, because crits should never be a core design concept.
Every other class is rendered worthless in comparison due to their lack of mobility or the amount of time it takes to whack at an enemy.

I really love this game, and I still do, but it just didn't balance itself too well. It helped the genre a ton, and I can appreciate that, but the core gameplay loop gets boring after beating the way-too-easy final boss. Rogue Legacy 2 seems to still be barren as well, unfortunately.