The chips are down and the ante is up in this sentence already bursting with poker clichés! Take the fifth seat in Poker Night 2, at a table featuring Claptrap (Borderlands 2), Brock Samson (The Venture Bros.), Ash (Army of Darkness) and Sam (Sam and Max series).
Visit the Store Page
Most popular community and official content for the past week.  (?)
Poker night 3
If you could pick four characters for Poker night 3, what would you pick?
3,195

Starting Hands Chart
If you play too many starting hands, you're risking the loss of your chips. One of the first steps to playing better at poker is to know what hands to play and to know when to fold 'em. Follow this easy-to-use chart if you want to play it safe like the pro...
794 ratings

Bounty Unlockables & Guide
You're at a table with a hulking ex-OSI agent, a crazed power-hungry robot from another planet, an S-Mart employee who's travelled through time killing demons, and a talking dog with a partner whos a "hyperkinetic rabbity thing". Oh. And the dealer's a ...
664 ratings

Borderlands skins/heads not downloading
Hi there. If you have already got all bounties, but didn't received your Borderlands 2 items, this guide will help you to get what is yours.
455 ratings 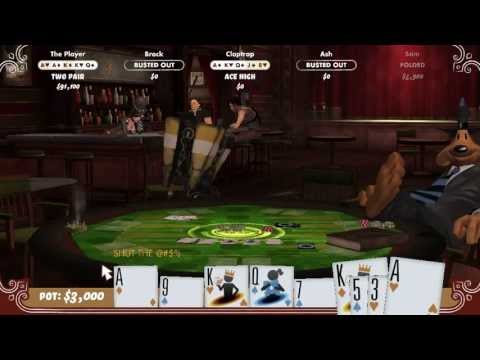 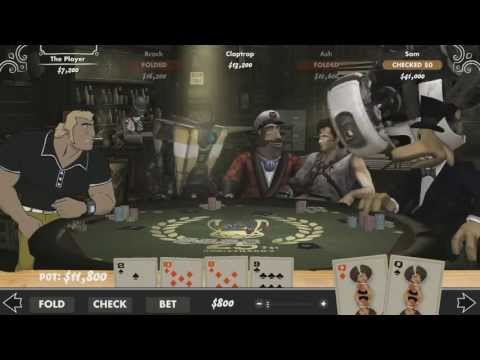 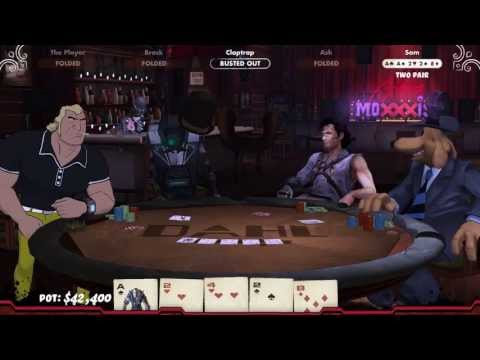 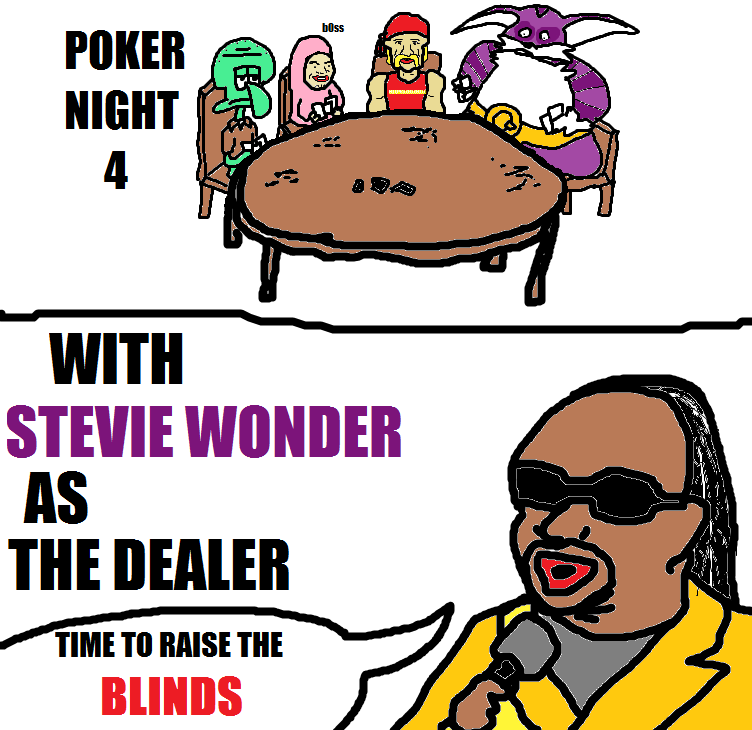 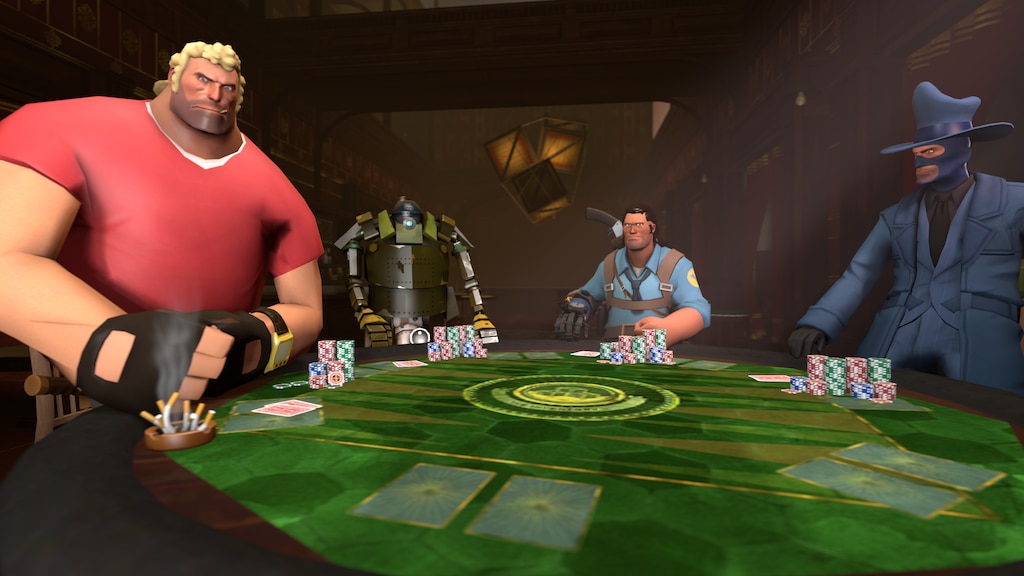 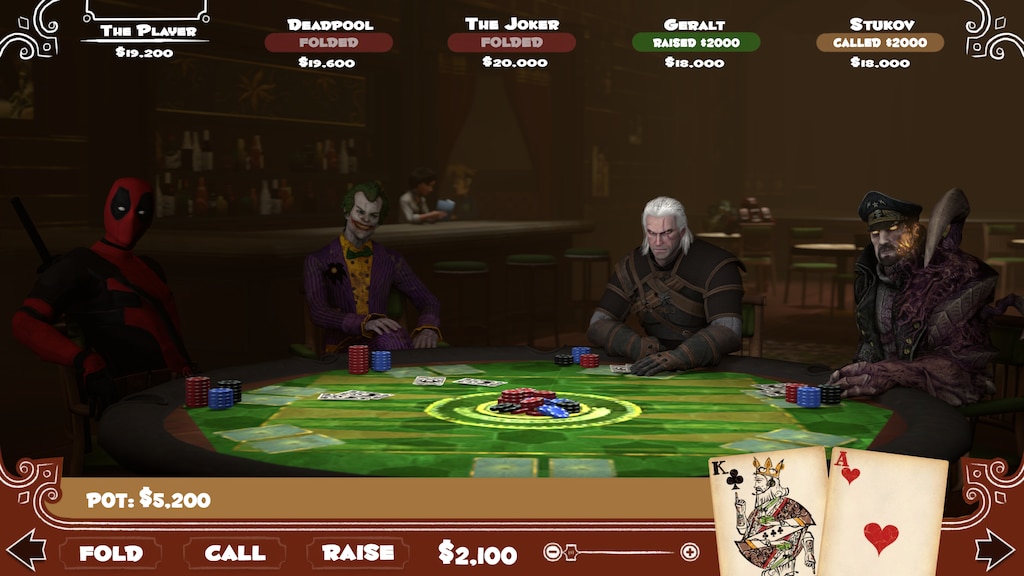 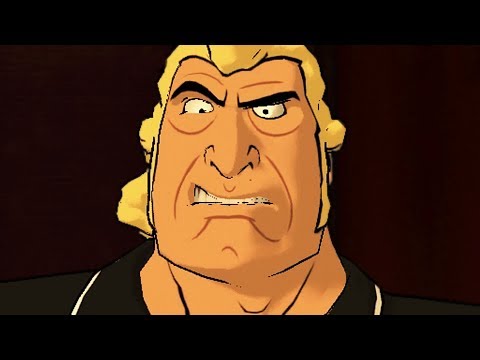 0
1
Poker Night 2 also has the best animation ever 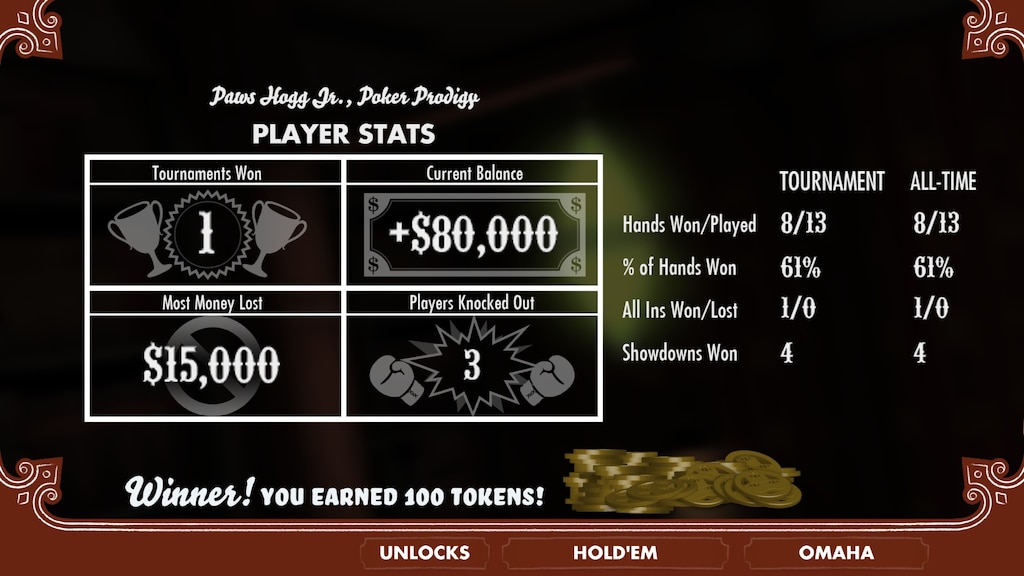 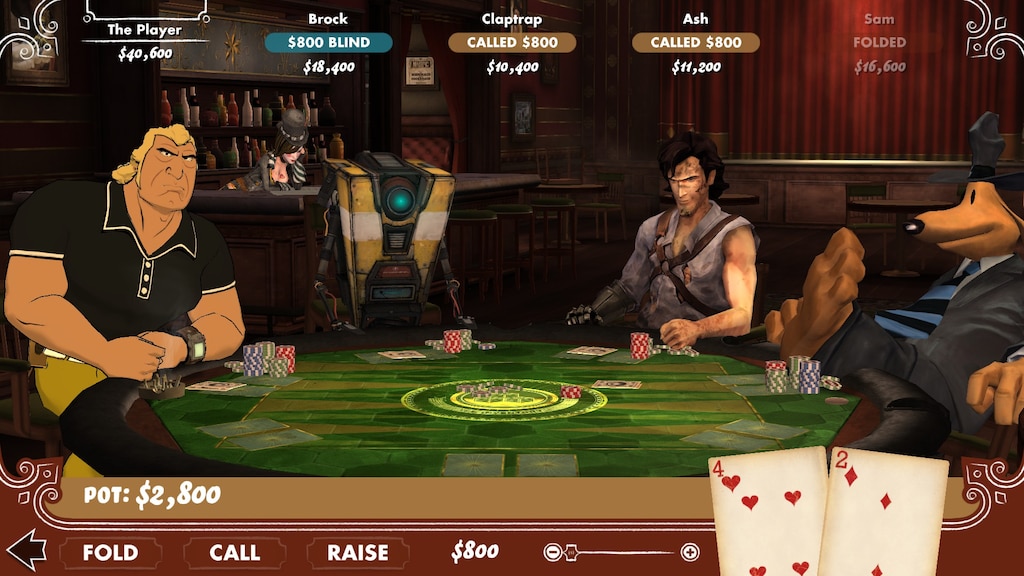 0
0
This is actually pretty fun ngl 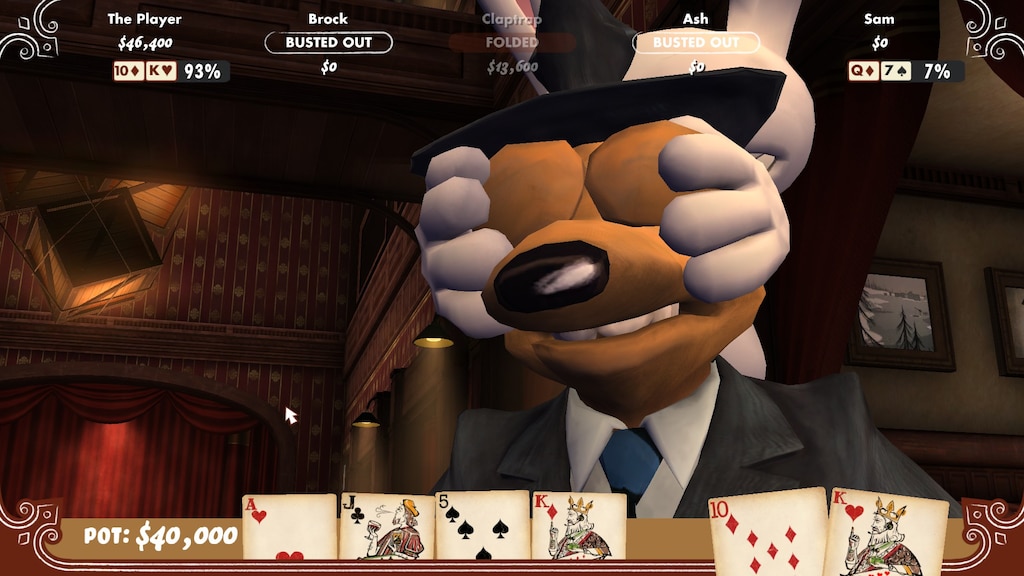 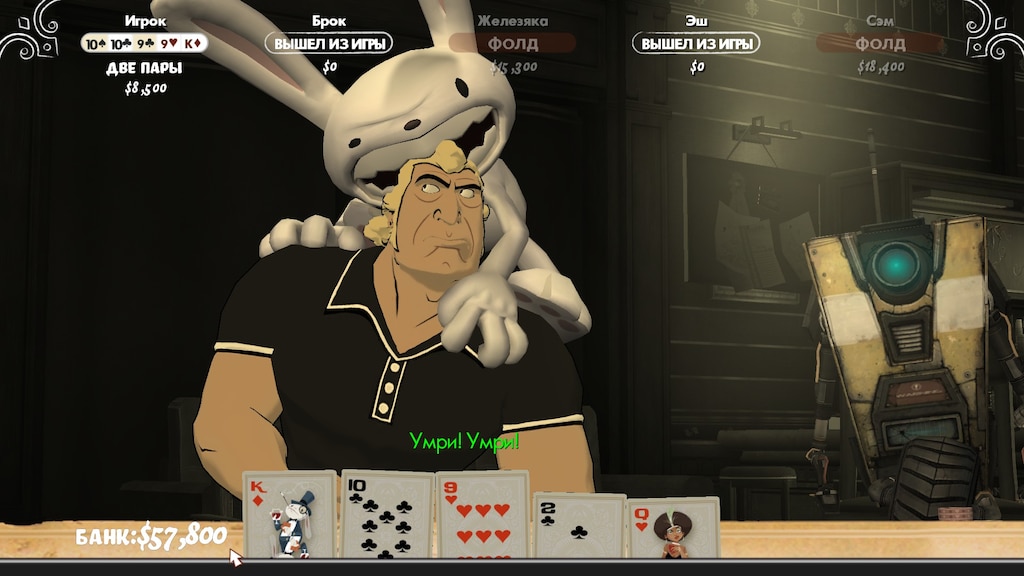 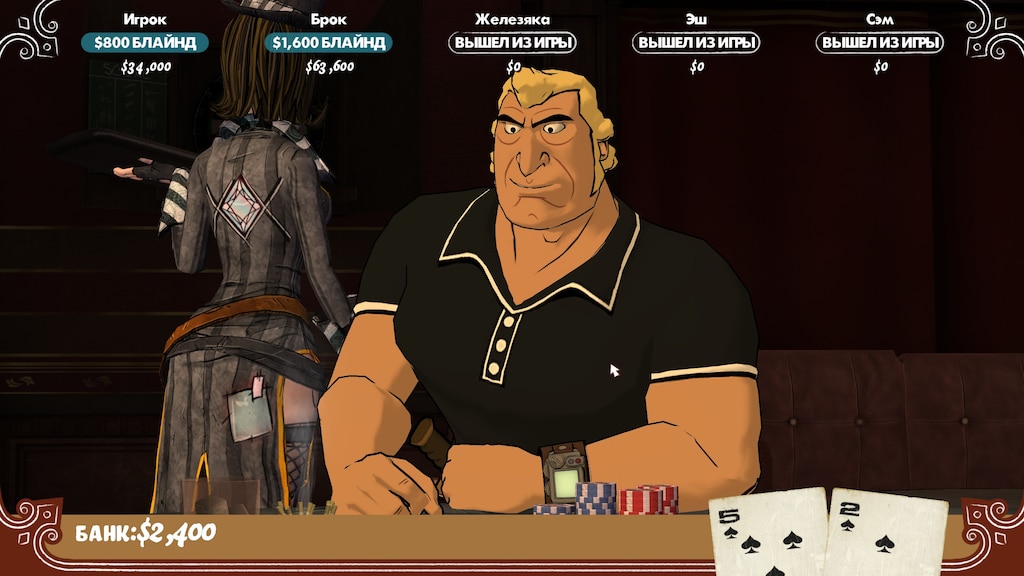 Recommended
0.5 hrs on record
Lmao you cant play this
♥♥♥♥♥♥♥ rip telltale tho they made minecraft story mode
you ever see kwite play it?
look it up on youtube ♥♥♥♥ goes hard man
i sure do love the fact i can play this game and you cant

The Nose (M.E)
10 products in account
0
No one has rated this review as helpful yet

Not Recommended
1.2 hrs on record
I'd rather watch flies ♥♥♥♥ than play a Telltale game... didn't realize this was Telltale. Started playing and felt like the pacing was horrible. Turns out the only thing worse is the dialogue. Telltale is a tell tale sign that your're wasting your time and your money.

Big Baby Donkey
134 products in account
0
Selling Poker Night 1 & 2 for 60 TF2 Keys
Both game keys are from Humble Bundle, unrevealed gift status. I've listed on Reddit as well, comment before friend request so I know who's adding me from where. STILL AVAILABLE
2

Frosty Avenger
Jun 23 @ 9:24pm
General Discussions
Who is Wendy?
Ash Williams often makes references to someone named Wendy, but I can't seem to find any information on this on Wikipedia or the Evil Dead wiki. Is she some unseen human character? Is it the name he gives to the Necronomicon or something? I can't figure it out....
3

kanikas
Jun 21 @ 10:50am
General Discussions
I am family sharing poker night at the inventory 1 and 2 for 1 key. ( ON COOLDOWN )
If your interested comment and add me for details.
3

trashbandit
Jun 1 @ 11:51am
General Discussions
No one has rated this review as helpful yet

Recommended
18.5 hrs on record
If you were ever a fan of Telltale's Poker Night, you know that one from the late 2000's, and you really love licensed characters... This game is perfect. Game plays wonderfully, the interactions between all characters is both cool to watch and funny too. GlaDos plays as your dealer in this one, and her sarcastic remarks are bountiful here.

You can collect bounties as another way to keep yourself playing, there's three objectives you have to complete before you can try and win a bounty. A bounty is basically earning one of your opponent's trinkets, this translating into an actual in-game reward or game cosmetic to the opponent's games they're from. You're never gonna win every single game so you're gonna have to both grind, and strategize when it comes to trying to collect bounties because while you can bluff your way through a game, luck is also gonna be a determining factor on wether you're gonna win a round or not.