Stronghold Crusader 2 is the long awaited sequel to the original castle sim. After 12 years Stronghold returns to the desert with a new 3D engine and powerful Havok Physics. Crusader 2 recaptures the original game’s addictive, fast-paced gameplay and authentic castle simulation.
$39.99
Visit the Store Page
Most popular community and official content for the past week.  (?)
Dev Diary - AI Improvements
Oct 16
https://www.youtube.com/watch?v=t8tZEYgdzp0
Firefly Studios’ Designer Stephen Richards and series creator Simon Bradbury have revealed four major improvements to AI behaviour found in their upcoming ‘castle sim’ sequel Stronghold: Warlords. This new entry in the historical real-time strategy series will usher in major improvements and refinements in how computer controlled opponents interact with the player, each other and any warlords present on the map. 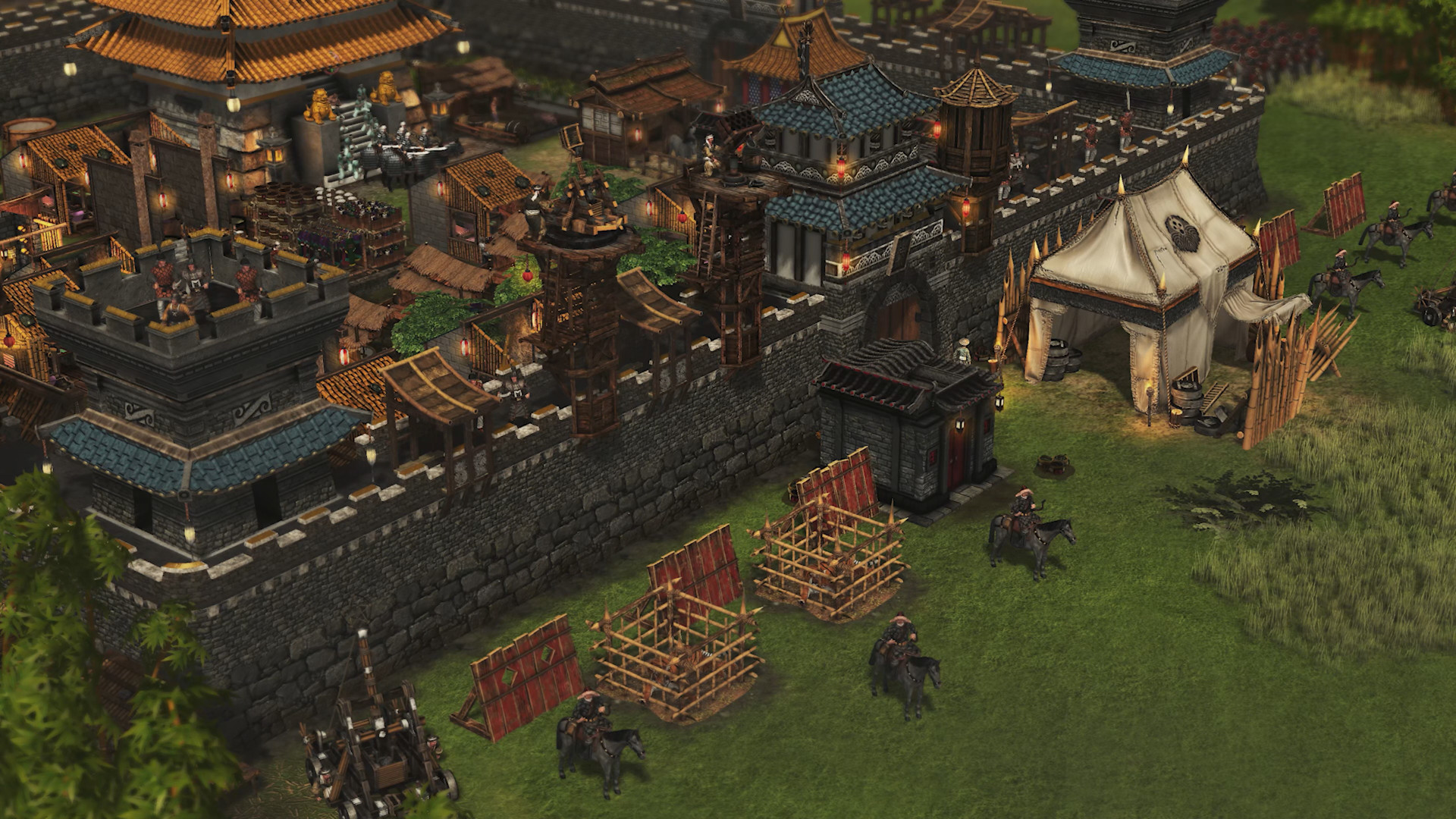 AI behaviours related to castle management, skirmish combat and city building have been completely revamped for Stronghold: Warlords, in addition to being able to work with the new warlords system. Much like the archetypes of the warlords themselves - such as the Ox, Tiger and Crane - each enemy AI will adhere to a distinct style of play over a set of predetermined behaviours. The decisions made by computer opponents will now be made according to map layout, tactical positioning of warlords, available resources, current army composition and their priorities at different stages of gameplay. 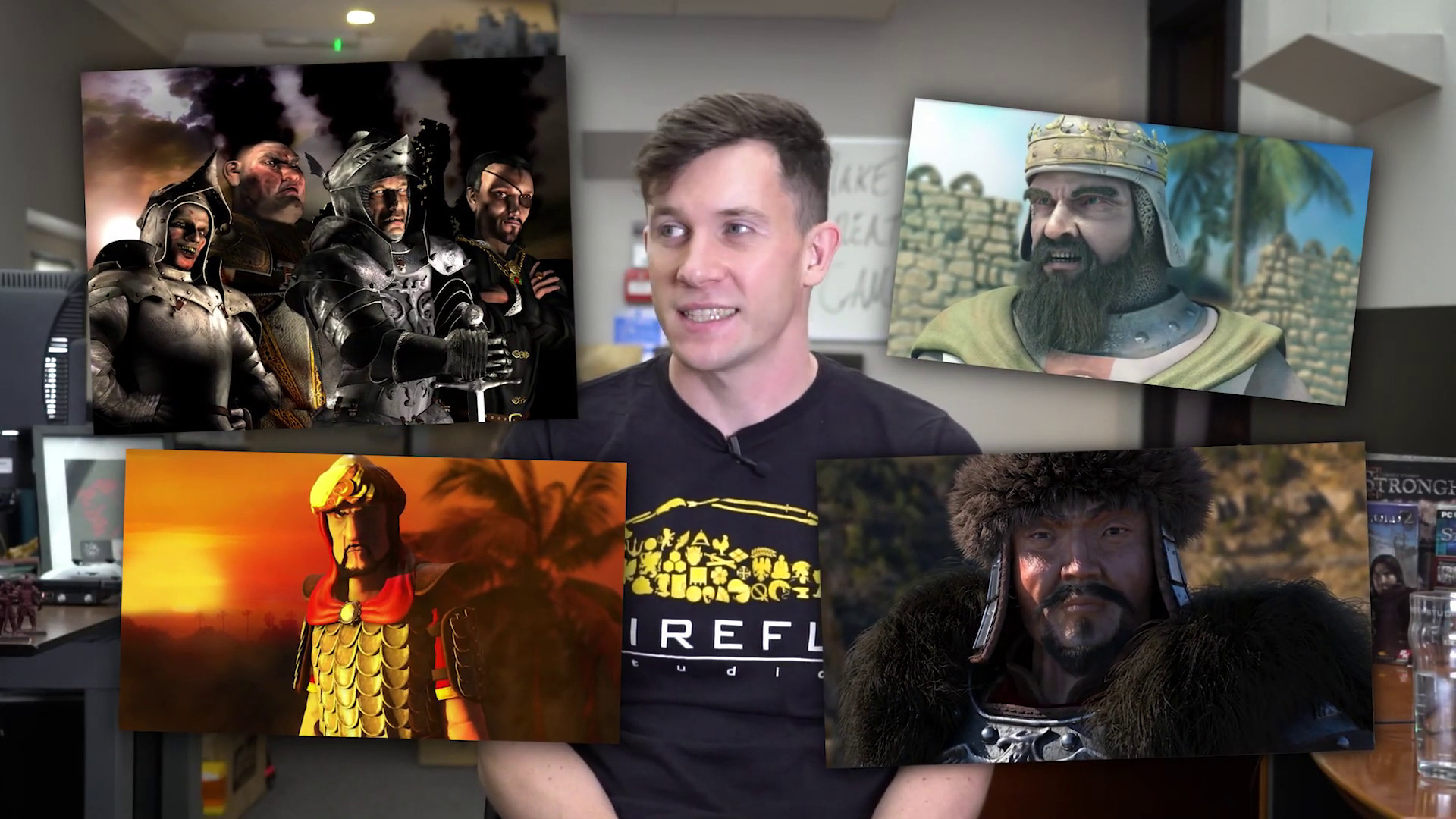 In practical terms this means less hard coded, predictable behaviours and more flexibility in how AI opponents can outmanoeuvre the player, but also how it deals with the evolving situation within its own castle. Independent of the player, AI will build, sell resources and train their army according to changing priorities over the course of a skirmish match. Just as a human player would, the AI will adjust its focus between city building and RTS combat while also battling it out with the player for control over each map’s selection of warlords.

Stronghold Crusader 2
49
3
Is this game extremely unbalanced or do I just suck?
Played a 1v1 against Saladin and I spent 90 minutes rebuilding my army to attack him again only to lose it all to his ballista tower spam, firebomb spam, and the fact that he can rebuild his entire base and rebuild all of his units within 2 minutes of losing half of it. I don't understand how it's possible to lose 40 crusader knights and 60 swordsmen, along with that 20 catapults, to a few archers and firebombs on towers. Then I tried spamming assassins to kill his lord only to realize that assassins are b...
5

Firefly_Studios
View all guides
New Beta Gameplay!
Oct 8
https://www.youtube.com/watch?v=8uYTtEUgUEA
Available on Steam during the weeklong the Autumn Steam Game Fest, our new beta Stronghold: Warlords demo can be downloaded right now. That's right! Between October 7th and 13th players will be able to try out our latest build, a brand new mission from Warlords' Vietnam campaign starring the warlord Thuc Phan. After October 13th the demo will no longer be available, so move fast if you want this chance to play our upcoming 'castle sim' before launch and let us know what you think on Discord.

What better way is there to pass the time waiting for that demo to download, than by watching one of our handsome developers play through it for you? Follow our resident Videographer Aaron Hayden as he walks players through some of the new features, visuals and challenges offered by our latest Stronghold: Warlords demo. Expect new info, laughter and perhaps a few tears as Aaron attempts that precarious balance between achieving a perfect run and voicing a full mission walkthrough for the uninitiated.

Players can expect today's new footage and dev commentary to be followed by additional Feature Spotlight videos in the coming weeks and months. Addressing the most common questions about Warlords' gameplay on Discord and YouTube, such as planned A.I. improvements and the titular warlords system, these new videos will also feature more map sizes and community driven features.

Rokkfgs
View all guides
The Soldiers of Warlords #4
Oct 5
https://www.youtube.com/watch?v=oQQ3lk3enKM
We have released new gameplay footage revealing four brand new units coming to our upcoming ‘castle sim’ RTS Stronghold: Warlords. Each with their own special abilities, counters and tactics, the Ninja, Warrior Monk and mounted cavalry all make their Stronghold series debut in this new video.

The Ninja, Warrior Monk, Imperial and Auxiliary Cavalry join the game’s roster of 16 units and 10 siege weapons accessible to all players in skirmish mode and multiplayer. With more special and mounted units than ever before, Stronghold: Warlords’ new units aim to mix up the core series gameplay for long-time fans and newcomers alike. 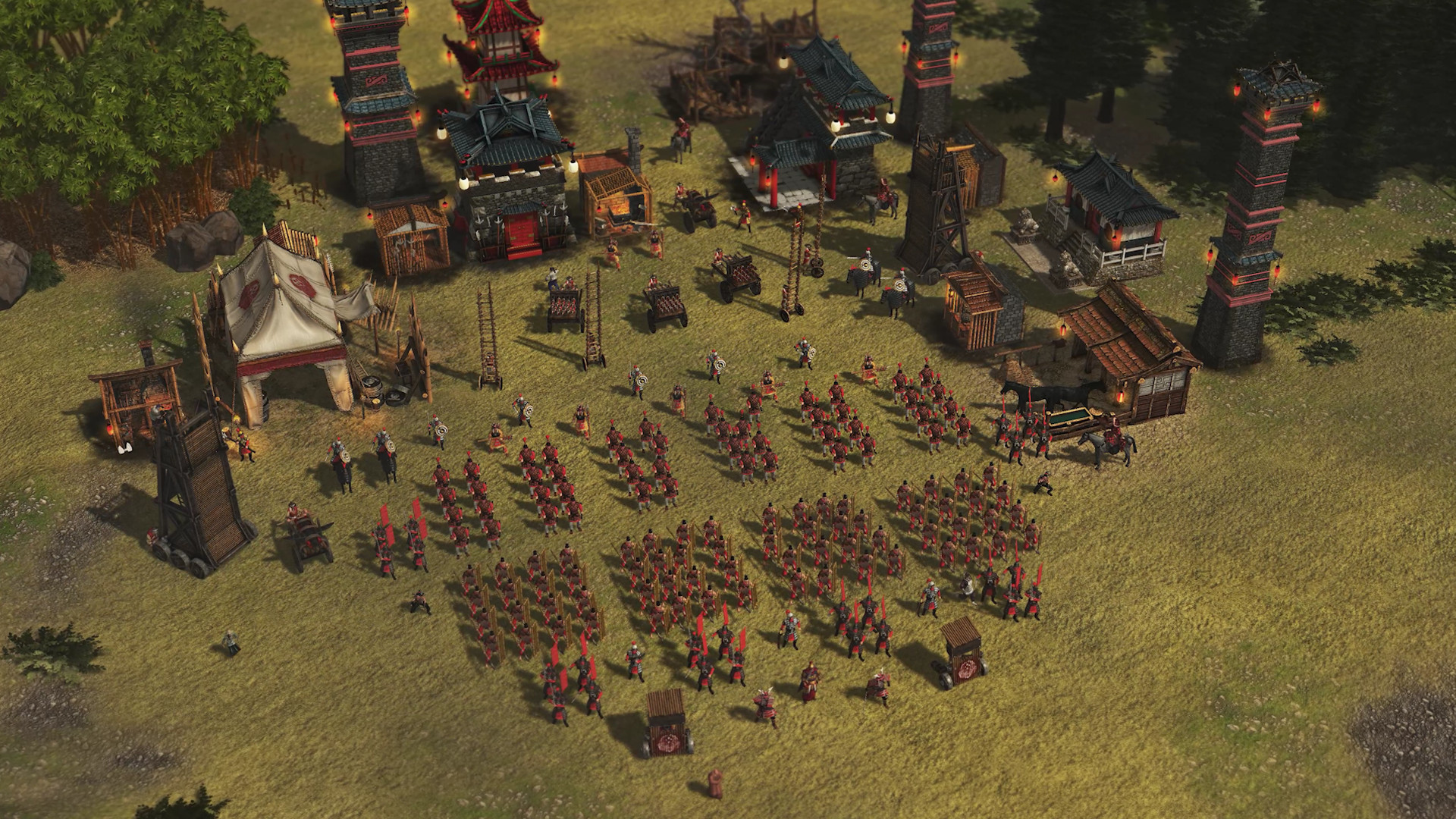 Ninja
Heavily reliant on remaining undetected, the Ninja is all about espionage. Able to deal high damage at range using her shuriken attack, in addition to classic invisibility and wall scaling abilities, Ninjas are more ‘hit and run’ than Assassins from previous Strongholds. When micromanaged or used in small squads, Ninjas are a force to be reckoned with. More than capable of taking out several high priority enemy units in quick succession, players will need to remain vigilant to avoid death by ninjitsu.

Warrior Monk
A well-rounded soldier with specific battlefield applications, the Warrior Monk is a finely honed living weapon. Lightly armoured and fast on his feet, this unit is capable of dealing high damage quickly and is purpose made for surprise attacks. When surrounded by three or more enemy units the Warrior Monk’s spin attack will be triggered, knocking nearby enemies out of range while also dealing damage. Built for rushing enemy forces and repelling rival special units like the Imperial Guardsman, the Warrior Monk is excellent for quickly changing the ebb and flow of a battle. 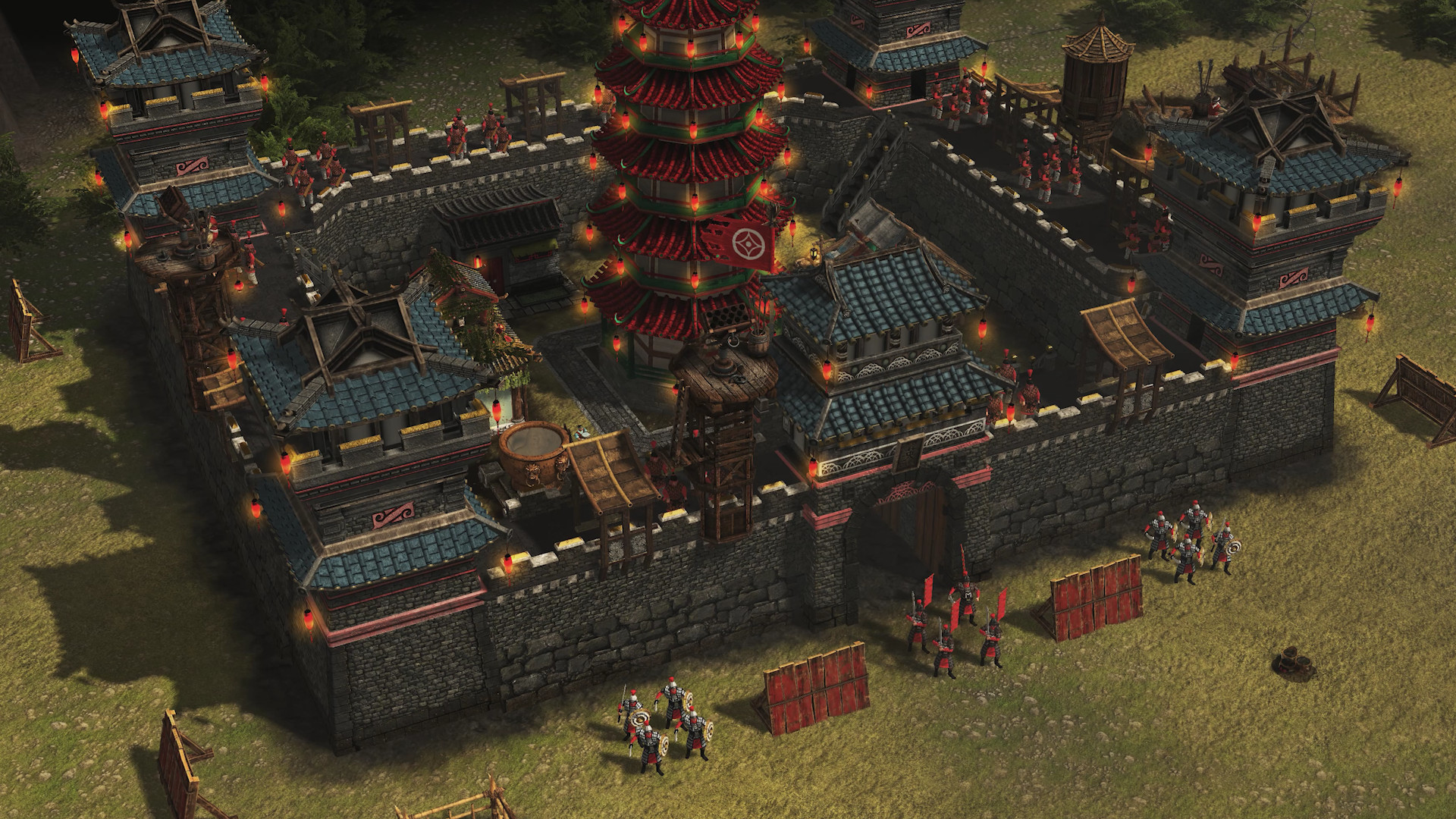 Imperial Cavalry
The Imperial Cavalry’s high damage output and heavy armour makes them likely candidates for last horses standing. As such they are more suited to breaking enemy lines than their Auxiliary counterpart and serve a different function on the battlefield. Their charge ability can also be used to catch enemies off balance, quickly flank them or simply charge formations head on to weaken and displace their front line.

Auxiliary Cavalry
Faster moving than their heavily armoured Imperial counterparts, Auxiliary Cavalry are the bread and butter of a mounted attack. These faster mounted units are equipped with light armour, a shield and lance. Able to quickly react and change course, Auxiliary Cavalry are designed to take the worst of the enemy’s defences and allow your more powerful units to plough through. 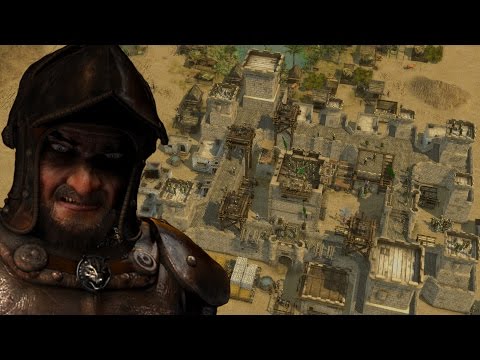 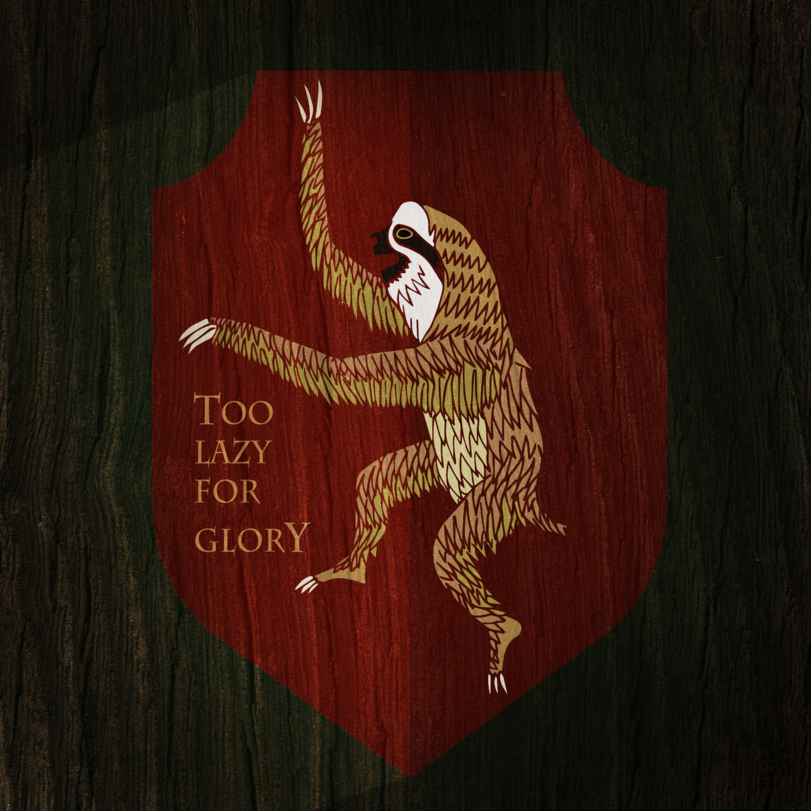 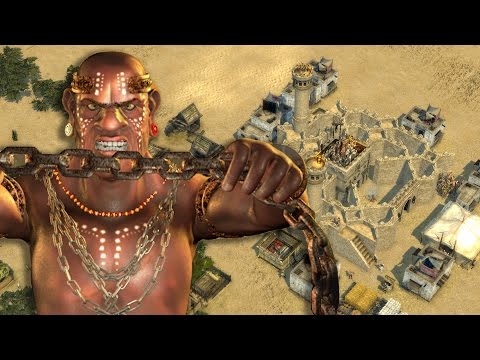 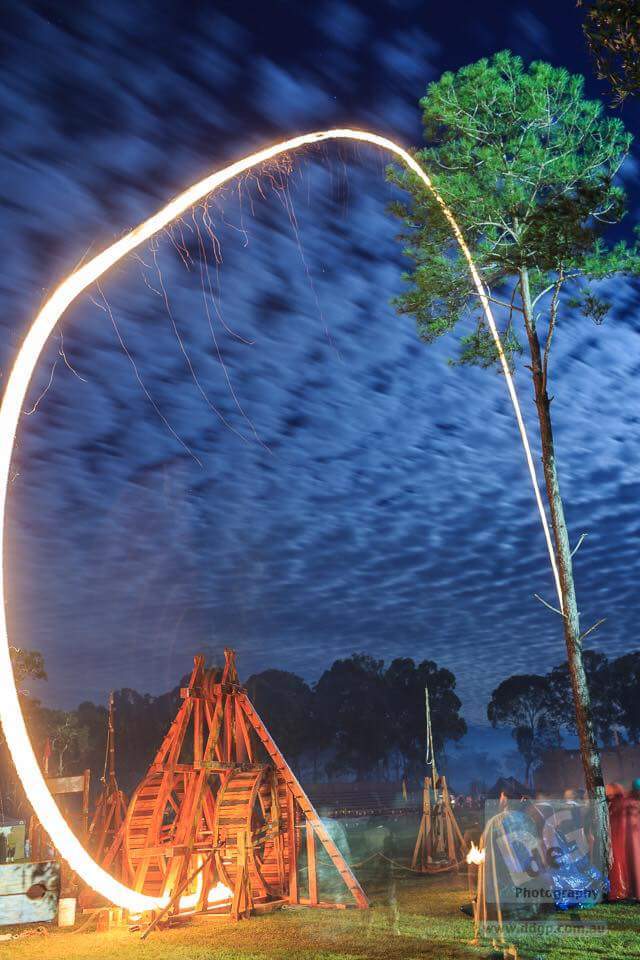 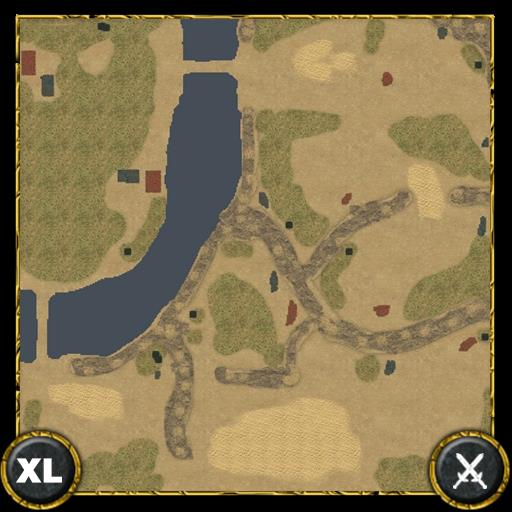 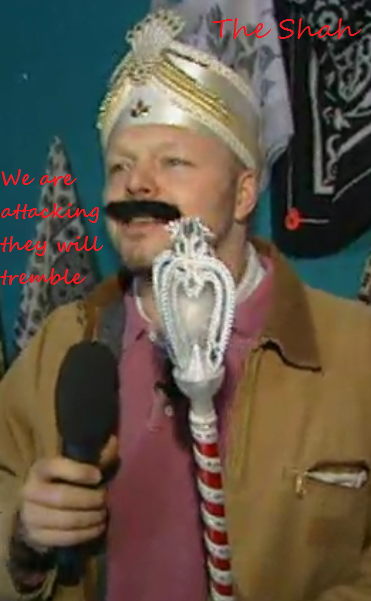 Recommended
0.2 hrs on record
Why am I able to give review even if I don't own this game? 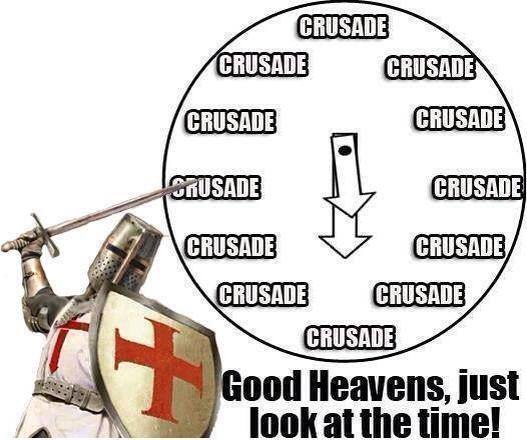 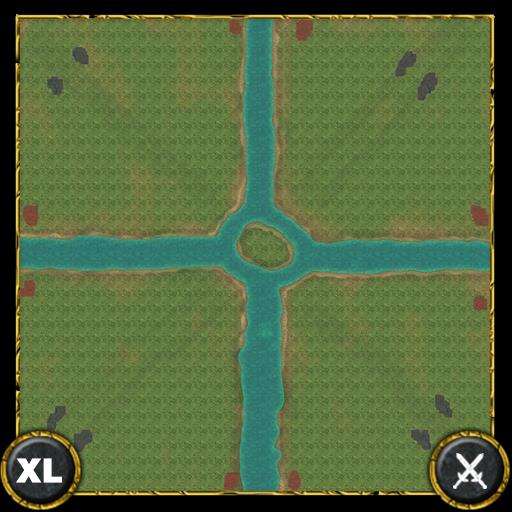 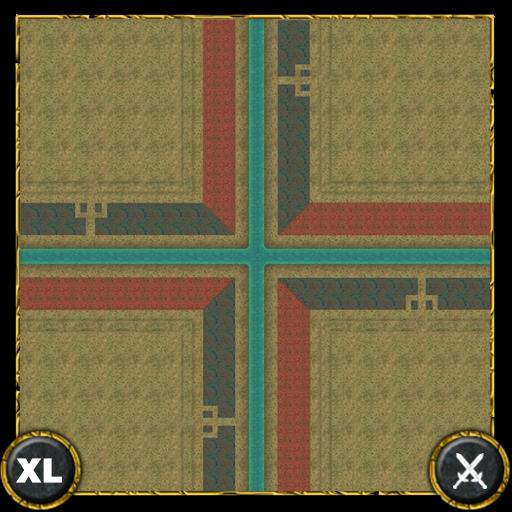 0
0
Batle Of The Four Castles 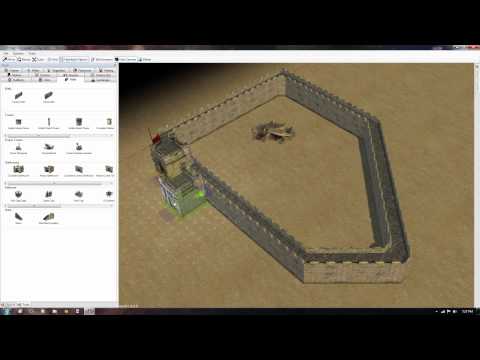 Aggror
View videos
Worth?
Hello, Is this game still worth playing in 2020? I saw it has dlcs, are they worth buying too?
10 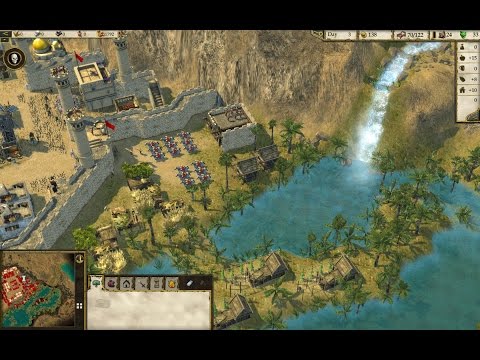 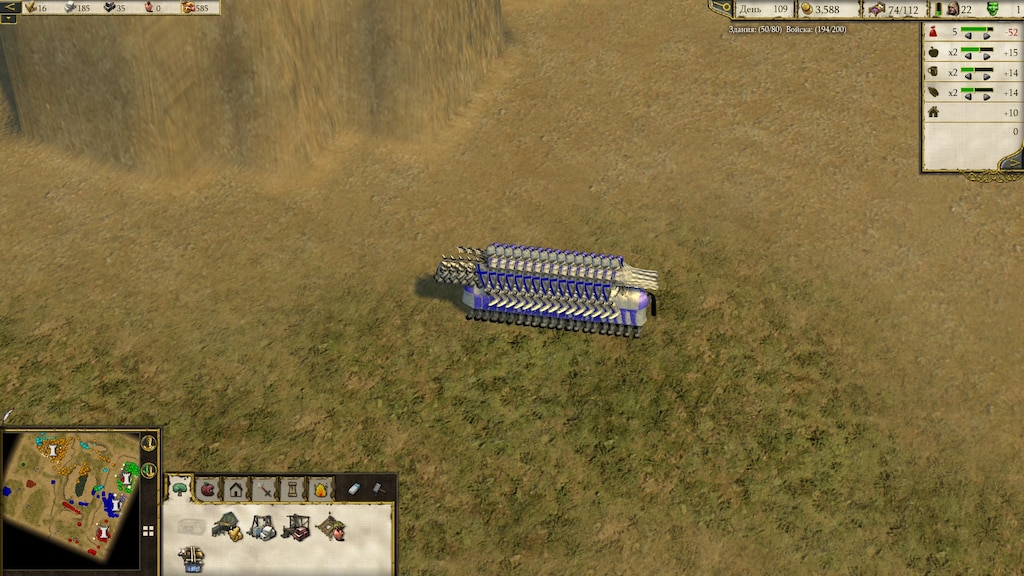 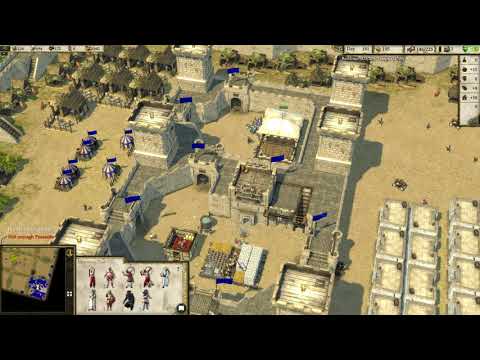 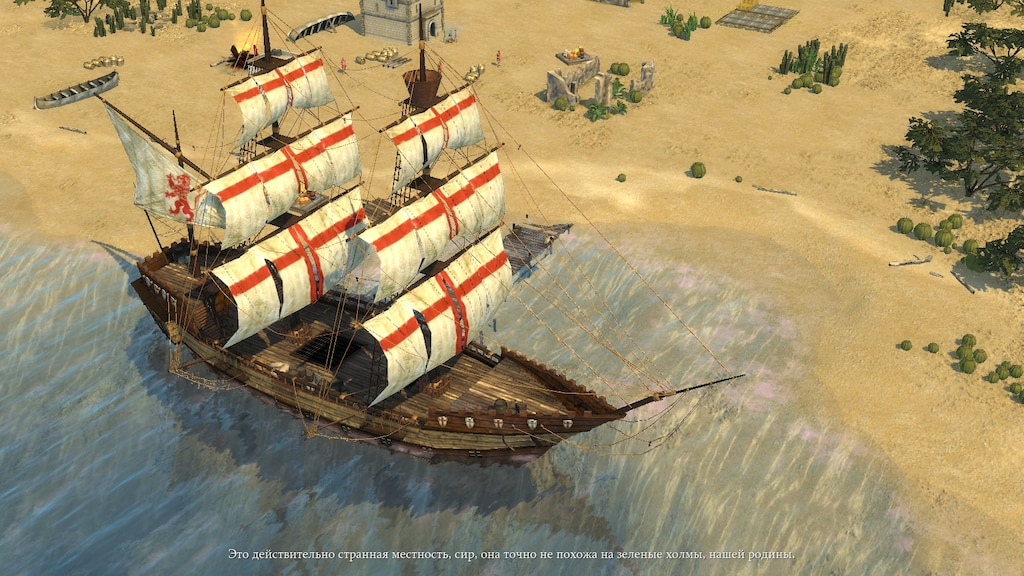 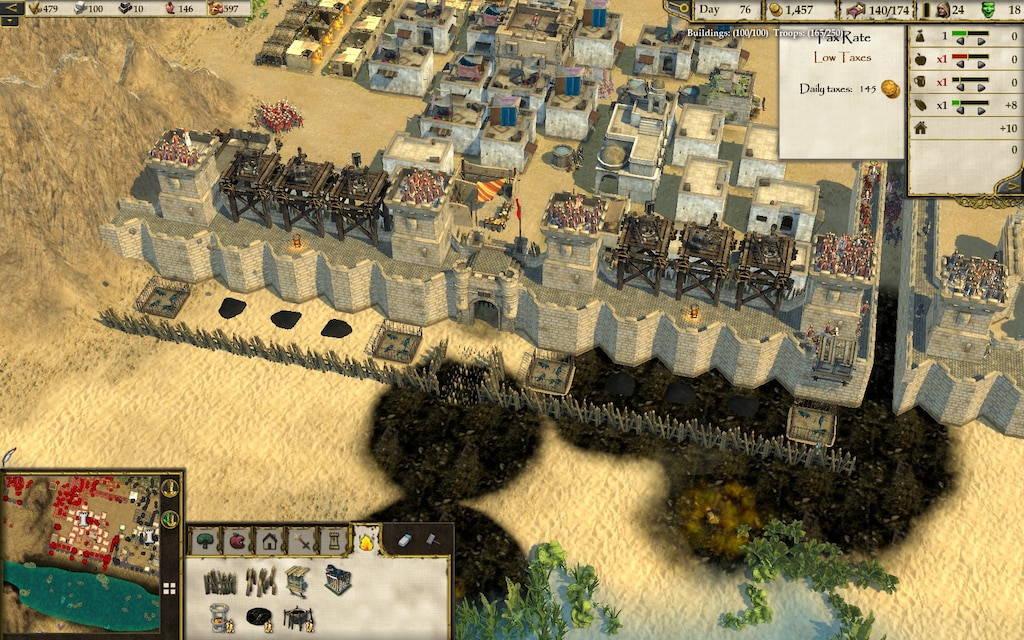 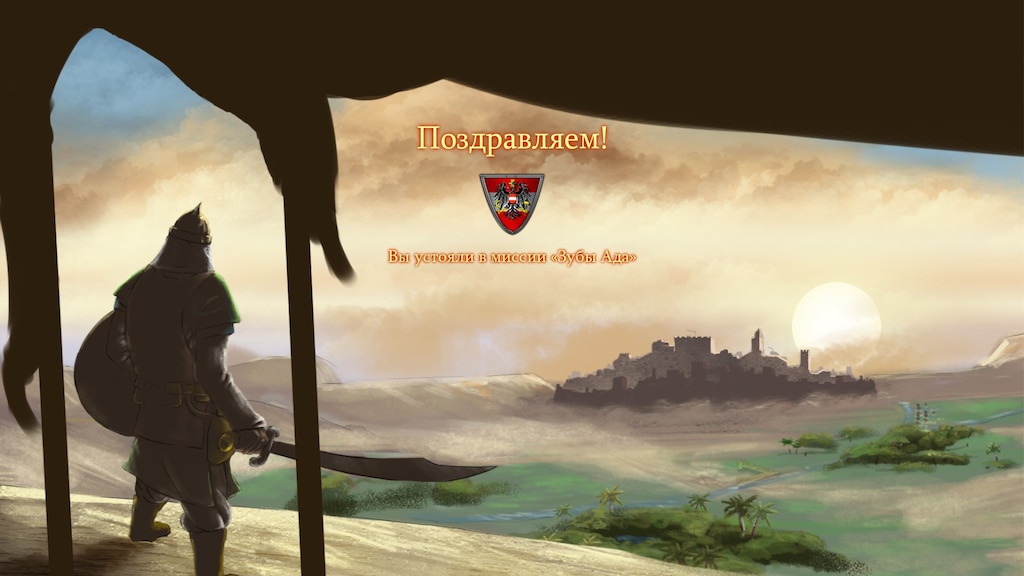 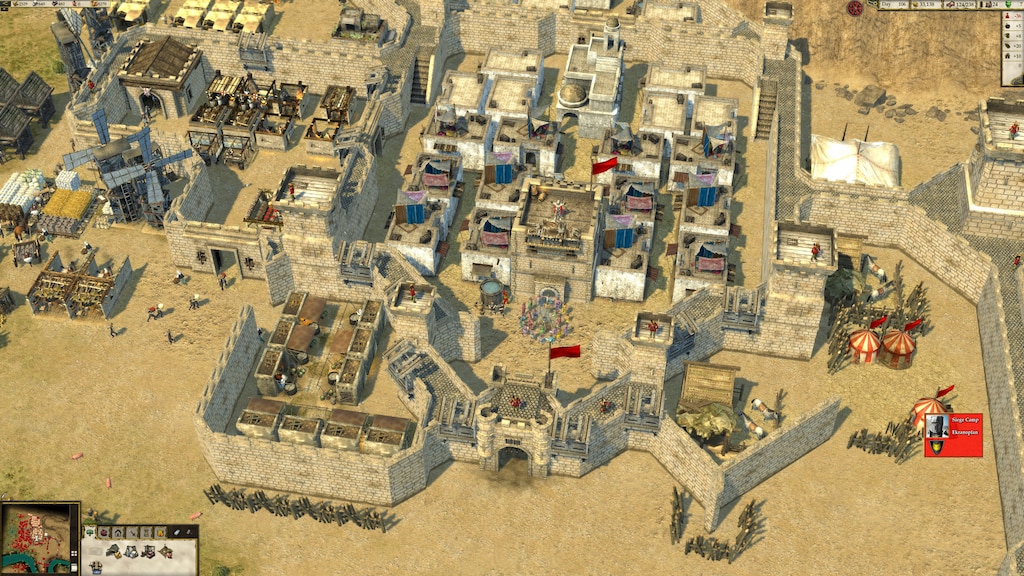 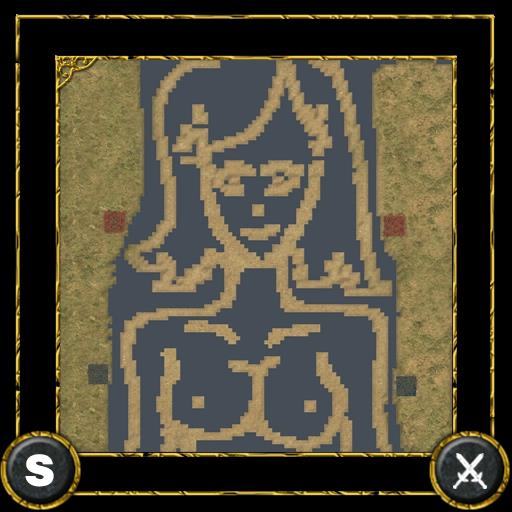 LEADER-BOY
Oct 9 @ 11:47pm
General Discussions
Wooden Walls,Wooden Towers,Wooden Gates & Motes and more Missing.
Firefly Studios really needs to bring back Wooden Structures, Motes, Draw Bridges and more that are either not implemented yet or have been removed. Firefly should go back and get some ideas from Stronghold 1 and Stronghold Crusader. It's just a suggestion. It would make the game so much better....
4

Vix The Impaler
Sep 21 @ 12:02am
General Discussions
Multiplayer not working.
Whenever me and my friends all ready up and host presses start, it is just stuck on the sun thing and says loading game starting, but it never starts. This only happened today, never before. Help
1