Shortly after landing on an alien surface, you learn that hundreds of your men have been reduced to just a few. Now you must fight your way through heavily fortified military installations, lower the city's defenses and shut down the enemy's war machine. Only then will the fate of humanity be known.
$4.99
Visit the Store Page
Most popular community and official content for the past week.  (?)
Quake II don't run
hello everyone i want to play Quake II but i run quake 2 and I turn on the game while it is on but I only have a black screen and then the game crashes and is there any way to fix it?
4 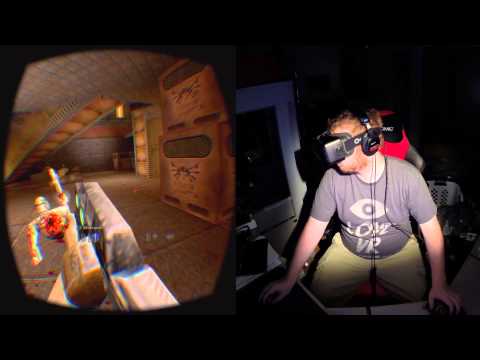 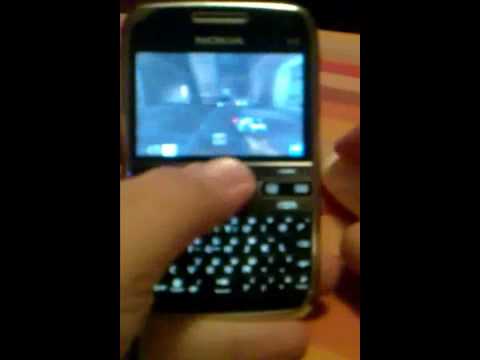 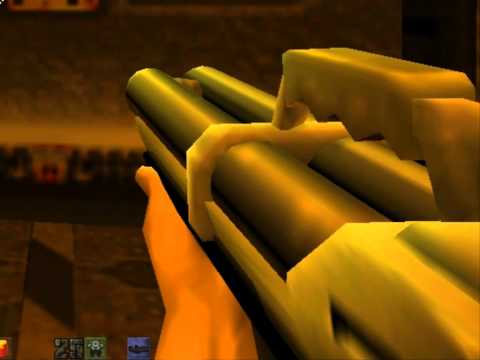 0
21
commander my gun is melting 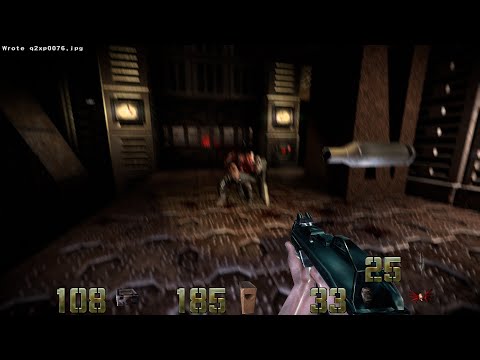 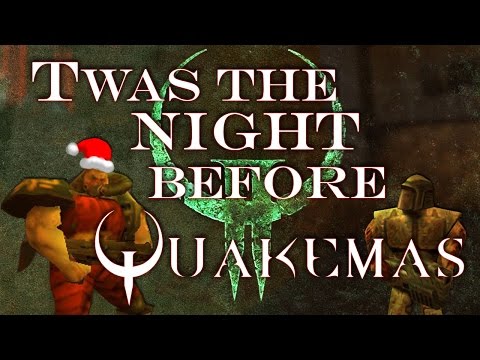 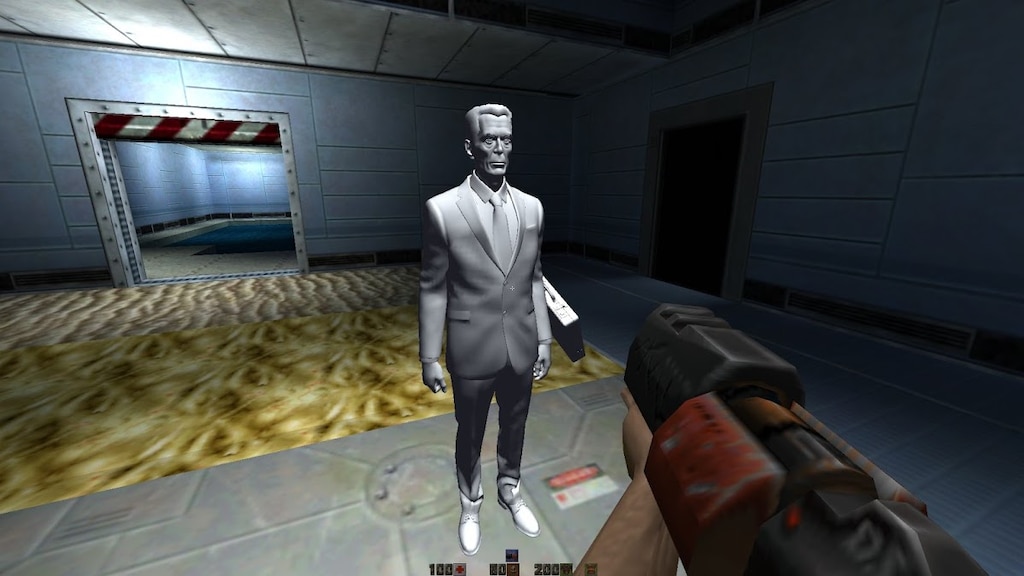 Quake 2 - All Secrets
All the secrets in Quake 2, including secret maps.
29 ratings 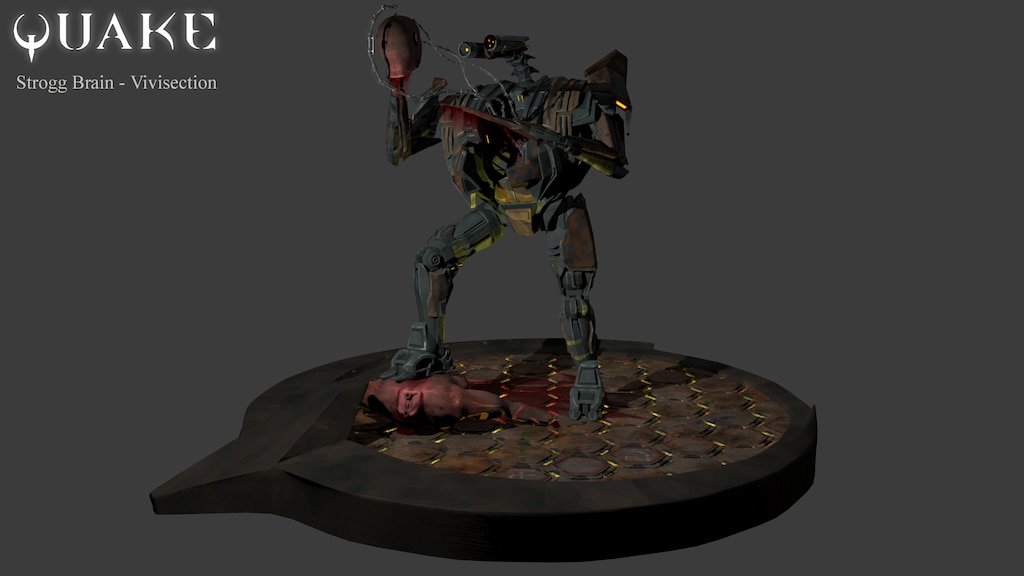 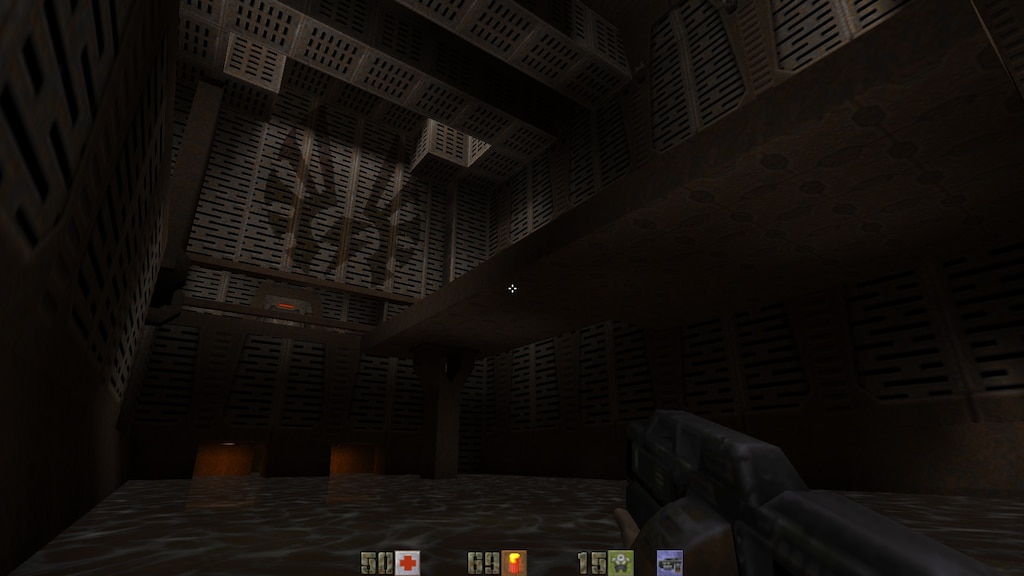 How to make a perfect screenshot
Make a screenshot without unnecessary first person stuff on screen as if you are using a camera in a real world. 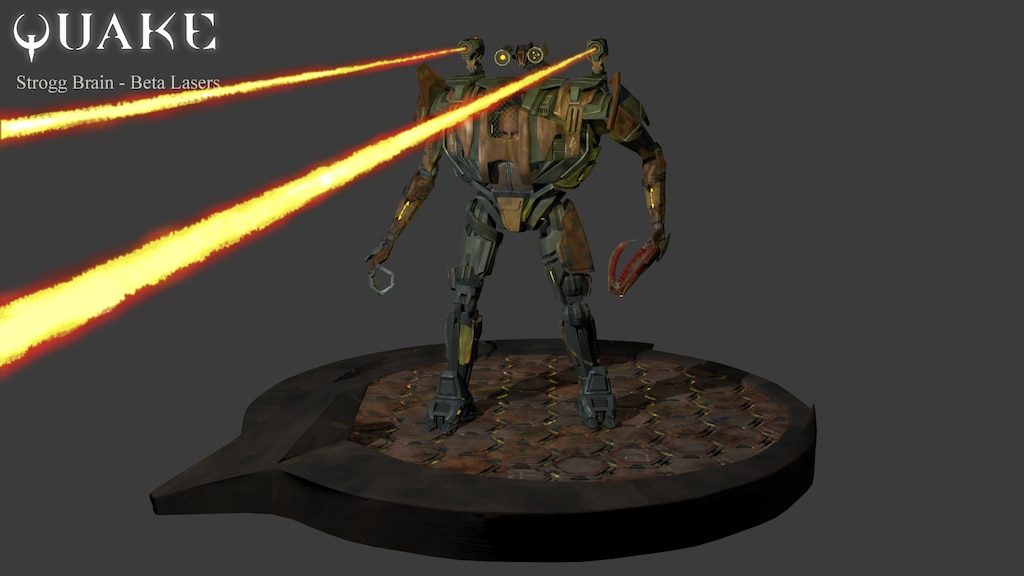 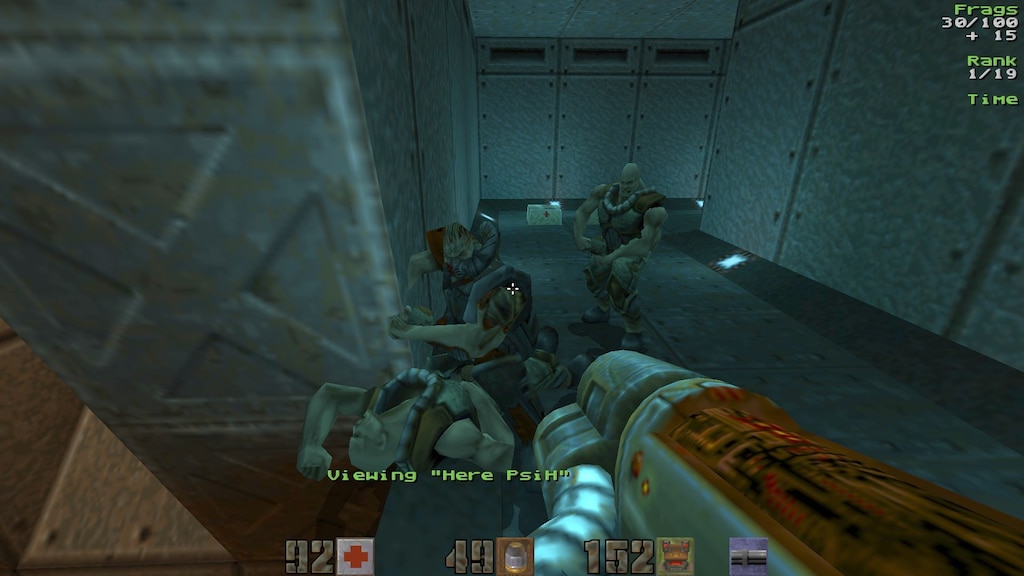 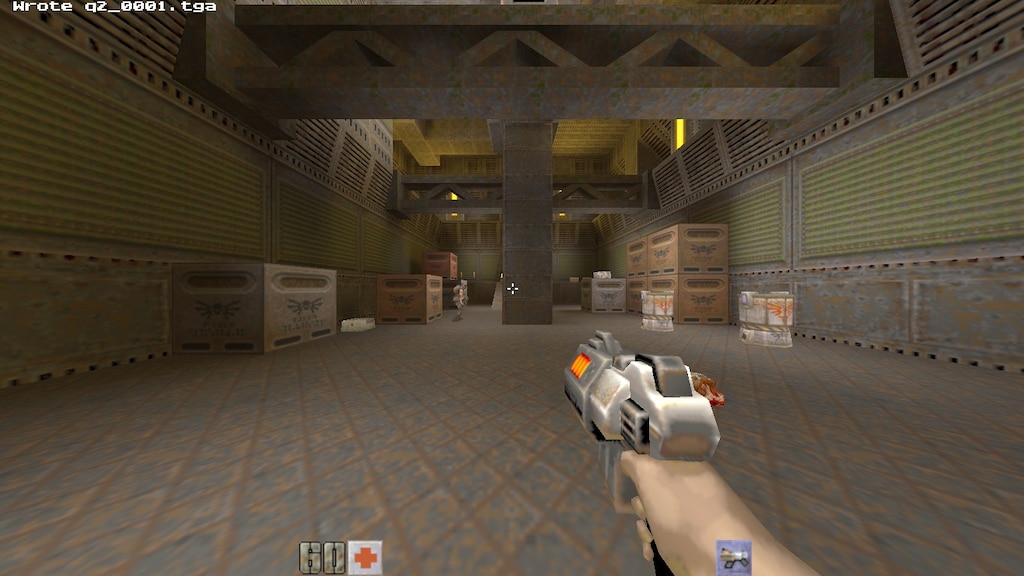 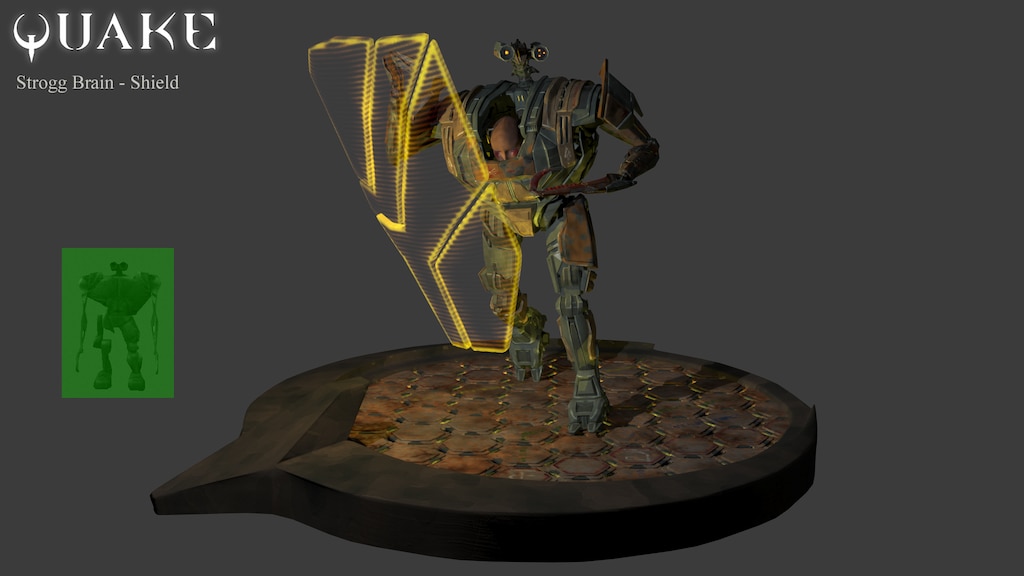 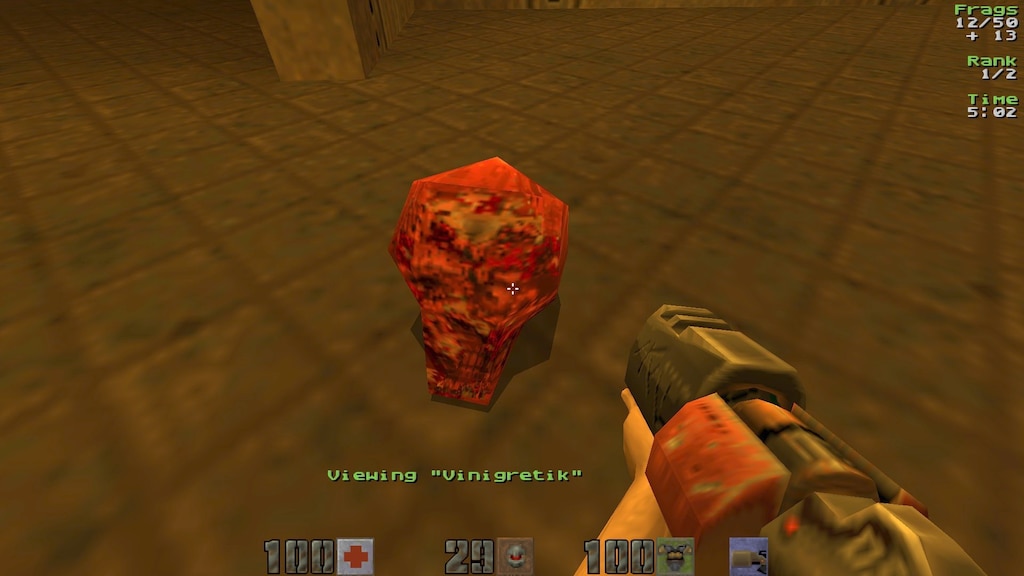 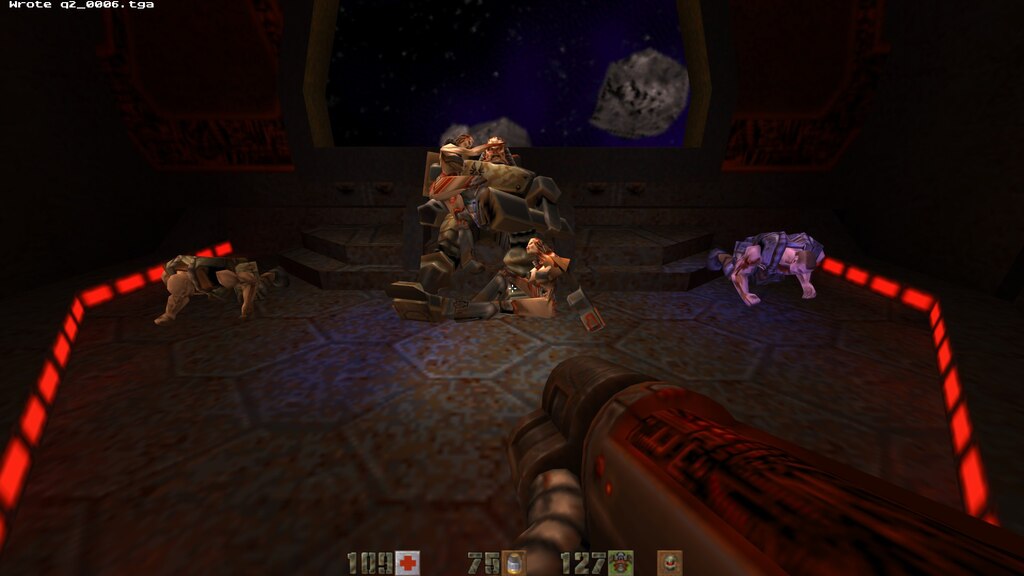 Franz
View screenshots
Best high-res texture pack that works with original, un-f**ked-with QII?
I have the original Quake II disc and an operating system that can run it without complaint, as well as the Quake 4 Special DVD Edition that comes with the full version of Quake II and both of its expansions. I'm not interested in source ports or any of that bullsh**. I'm just interested in a texture pack that'll make Quake II look like Quake II RTX but without the raytracing. What are the best high-res texture packs that work with the original, un-f**ked-with Quake II, or with the version that comes on th...
20

cotss2012
Mar 16 @ 9:31am
General Discussions
Quake 2 feels worse than Quake 1
For a long while, I thought the general consensus was that the first game was better than it's sequel, that to me just made sense, seeing as the lovecraftian setting was just more creative. But nowadays, I find that there are more people that like Quake 2 more than 1. Which led me to want to try the first two games again in 2021. With Quake 1, I immediately fell in love with it again. In fact, I finished the campaign on Hard in just two sittings. The fast movement speed, polished level design, varied loca...
12

forsanxl
May 3 @ 8:54pm
General Discussions
Just Downloaded the game, legit wont run.
Long story short, I installed Quake 2, simple as that, as soon as its done I press "Play" and then my screen seems like its booting up Quake then it just brings me back to Steam and the play putting changes from "Running" to "Play" I've been doing this over and over again. Quake 1 seems to work, but Quake 2 doesn't, I need help I have no clue what is going on....
21

Mr_voidd
May 8 @ 5:53am
General Discussions
Best Way To Play Quake 2 On Steam?
Hello, I've played Quake 2 using the XP mod a few years ago but it was a pain to set up to run properly thru Steam, so I am wondering if there's something else that more or less does the same as the mod while making it easier to set up and run.
2

Lewd Masha
Jul 6 @ 12:17am
General Discussions
No one has rated this review as helpful yet

Not Recommended
1.0 hrs on record
boring

Recommended
7.4 hrs on record
OH YES, IT'S TIME FOR ONE OF THE FOREFATHER OF SHOOTERS - QUAKE
So, this game I heard a lot of positive things. Because you know, It's Quake. My introduction to this game was in the Doom II mods, where custom soundtracks were used from this game, but we'll talk about that later.

First things first. You can't run this game from a box. Instead, you have to apply patches, and there are a couple of them. I used Yamagi, but probably outdated one. The reason is - it supports OGG play of this OST (without patch, you wouldn't just have music), plus you can play on your resolution.

So, about the gameplay itself:

Whew, that's about gameplay, now let's talk about graphics. It's quite atmospheric! It's dark, tech bases, caves & a bit of wilderness like rocks do also exist. Sometimes you just have to admire looks and stop for a moment, it's great.

Now it's time to talk about music. IT. IS. LEGENDARY! That was my big incentive to buy this game, just because I can listen to it and enjoy one of the greatest old school FPS shooters! Pretty much all OST I love to death and I keep enjoying it. Hell, I think I even buy it on Bandcamp once I figure out how it works.

Now, that I told about pros of this game, there's still some cons:

But I haven't found any other problem with this game. It's a really cool one, and you should try it. If you managed to run it, you will not regret about your purchase.