Create and destroy on an unimaginable scale... with a space simulator that merges real-time gravity, climate, collision, and material interactions to reveal the beauty of our universe and the fragility of our planet. Includes VR support for HTC Vive, Oculus Rift+Touch, and Windows Mixed Reality.
$29.99
Visit the Store Page
Early Access Game
Get instant access and start playing; get involved with this game as it develops. Learn more.
Most popular community and official content for the past week.  (?)
Moving to a 4-day Workweek
Jul 14

The Moon colliding with the Earth. Made with Universe Sandbox, a product of Giant Army.

In October 2021, Giant Army, the creators of Universe Sandbox[universesandbox.com], a physics-based space simulator, officially adopted a 4-day, 8 hours a day workweek at full salary. This change has positively impacted our team, so we wanted to share how we made this decision to encourage other game studios and companies to experiment with a 4-day workweek.

Making the Decision
We started discussing a 4-day workweek after Microsoft Japan trialed it[www.npr.org] and found that it increased their productivity. Those discussions continued as we saw other companies and organizations[autonomy.work] experiment with it. In May 2021, as part of the team’s effort to reduce burnout, we decided to take Fridays off for a month.

Most of our team found that the 4-day workweek left them refreshed and just as productive, so we extended it for another month, and then another. In July 2021, we extended it through September but added one condition: you can take Friday off if you share a short daily update and screenshot summarizing what you did, Monday through Thursday.

For a fully remote team spread across multiple time zones, a quick, daily team meeting is not practical. This makes the importance of communication about progress or problems even more valuable.

A moon being ripped apart by intense gravitational forces.

Even after an extensive trial period, there was concern that a 4-day workweek would lead to reduced productivity. So why did we do it?

[h4]Support from the Team[/h4]
The team supported it. Direct quotes from our team include:

“Working a 4-day workweek for me has been a positive experience overall. I feel more organized and less stressed with both personal and work time.”

“[The 4-day workweek has led to] Fewer typos, far fewer odd little mistakes… etc. The sort of mistakes that go away when you're even 10% sharper than before, or you have less brain fade.”

[h4]Steady Progress[/h4]
While it’s difficult to quantify productivity, one would imagine that dropping a day a week would result in a drop in productivity. However, we continued to innovate and iterate on Universe Sandbox, adding new features and providing regular updates. Given the steady progress and increased happiness, switching to a 4-day workweek seemed like the right decision.

Reflections on the Change

The Sun explodes in a supernova, heating up and vaporizing the Earth.

We think adopting a 4-day workweek has been a net positive for Giant Army. The shorter week has:
There are some drawbacks to the shorter week:
The number of code commits or changes (which are not generally a good measure of productivity) made to Universe Sandbox and the number of updates we released in 2021 is similar to the previous 2 years. While our official transition wasn’t until late 2021, and these measures don’t quantify how much work went into each commit or update, they support the idea that everybody has been just as productive.

Overall, we’re happier, and progress on Universe Sandbox is steady. If you have any questions about our 4-day workweek, please contact us[universesandbox.com].

Universe Sandbox is an interactive physics-based space simulator that merges gravity, collisions, and climate to reveal the awesomeness of our universe in a whole new way. Learn more on our website[universesandbox.com].

Addendum
Here are a few more details based on the questions we’ve received about our 4-day workweek:

Q: Did we take a pay cut because we are now working 4 8-hour days instead of 5?

A: No. Everybody on our team is salaried, and nobody took a pay cut as part of this transition.

Q: Did we consider having some team members work Monday-Thursday, and some work Tuesday-Friday so there would always be somebody reachable 5 days a week?

A: We actually did the opposite and tried to make sure everybody had as much overlap as possible to maximize collaboration. That means that our team member in Australia has Mondays off instead of Fridays because they’re a day ahead of our primary work time zone (PST).

Universe Sandbox
831
73
Heat doesn't disperse well in Universe Sandbox.
When your throwing Earth at a star, it barely heats up, even when right next to it. Earth should slowly be heating up, but it stays intact, with oceans! Also when you impact a planet with another, yea the surrounding region is molten, but if the planet colliding with another is 1/3 the mass, the whole planet should be molten, not just the surrounding area. And if it's a habitable world that faces an impact of that scale, not even the oceans to evaporate. It's crazy how little heat disperses in this game....
7 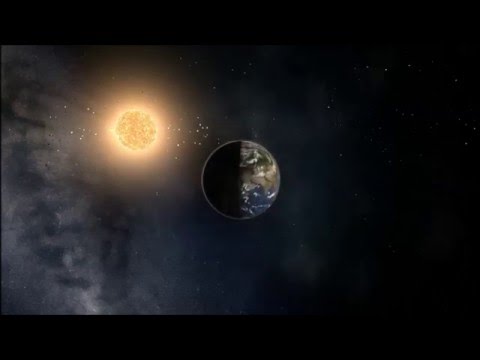 Creating a realistic stellar system
So you want to make a stellar system. You want it to have little planets, big planets, gas giants, cool orbits. Thats great, but when you try it you probably realised that it seems wrong. The distances between planets seems odd. The inclination planes seem...
215 ratings

Creating a Protoplanetary Disk
In this guide I'm going to show you how to make a protoplanetary disk that really makes planets. (Yes it is possile) or at least a makeshift one, until SPH (Smoothed Particle Hydrodynamics) is implemented.
167 ratings

SpacePioneer
View all guides
Play Button changes to step button?
Slightly weird one, the play button on the bottom bar sometimes changes to a step button, this has only begun happening in the last few weeks. When it does this space bar also no longer play/pauses. What causes his to happen?
1 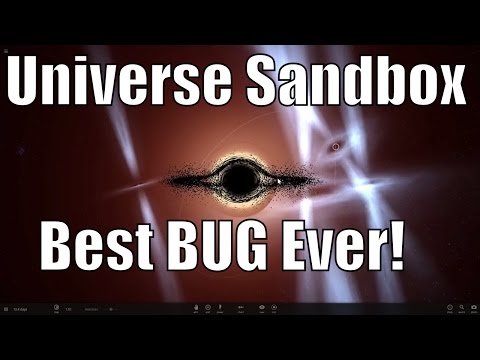 Guide To Building Realistic Habitable Planets [ver. 22.1]
Fancy a planet or two with lush forests and vast oceans? Interested in the prospect of a second Earth? To terraform a barren heap of rock and dust to a world teeming with life involves far more factors than to simply add water to a planet's composition, an...
132 ratings 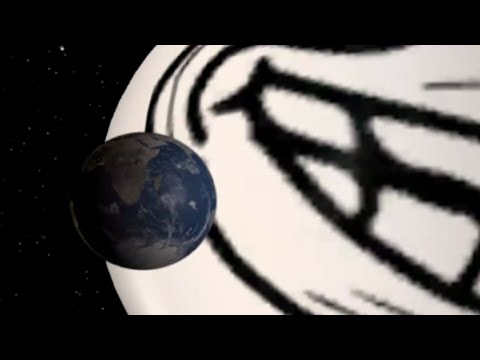 How to edit objects in Universe Sandbox 2
In this guide, you will learn how to edit .UBOX files, which store data for objects. by editing these files, you can change everything about the object, or if you have the skill, create your own.

How To Get Mega Graphical Improvement By Using Reshade
Are you tired of the bland, lame, dull, monotous, vague, spiritless and boring Universe Sandbox graphic? In this guide, you will learn the secrets on how to improve your US2 massively with the power of Reshade! Plus get my preset shared for you! Las... 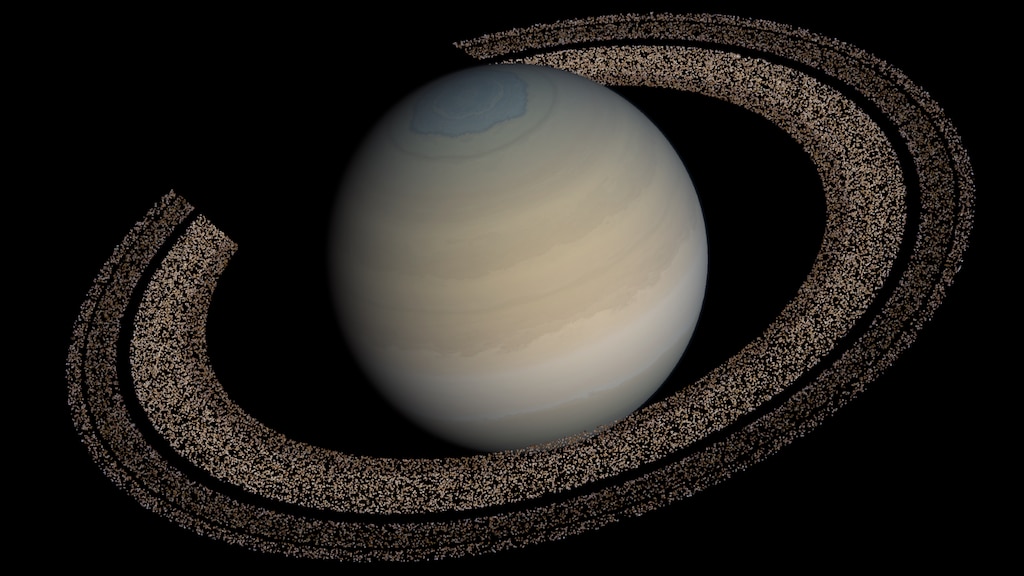 DeMooniC
View artwork
Black and dim saved object thumbnails
I'm experiencing the same problem as detailed in a separate older thread by another person, see the link for the explanation: https://steamcommunity.com/app/230290/discussions/1/1744479698801610264/ I've noticed that the thumbnails might not be black per se, they just happen to show the "absolute dark side" of the planet, but this is still happening more often than I'd like when saving an object. Sometimes I have been able to kind of bypass the problem by re-saving the object over and over until the game ...
2

LamppuKioski
7 hours ago
Support & Bugs
What did you do today in Universe Sandbox today?
This is probably gonna blow up and become a megathread, i did not do anything today, but what did you do?
6 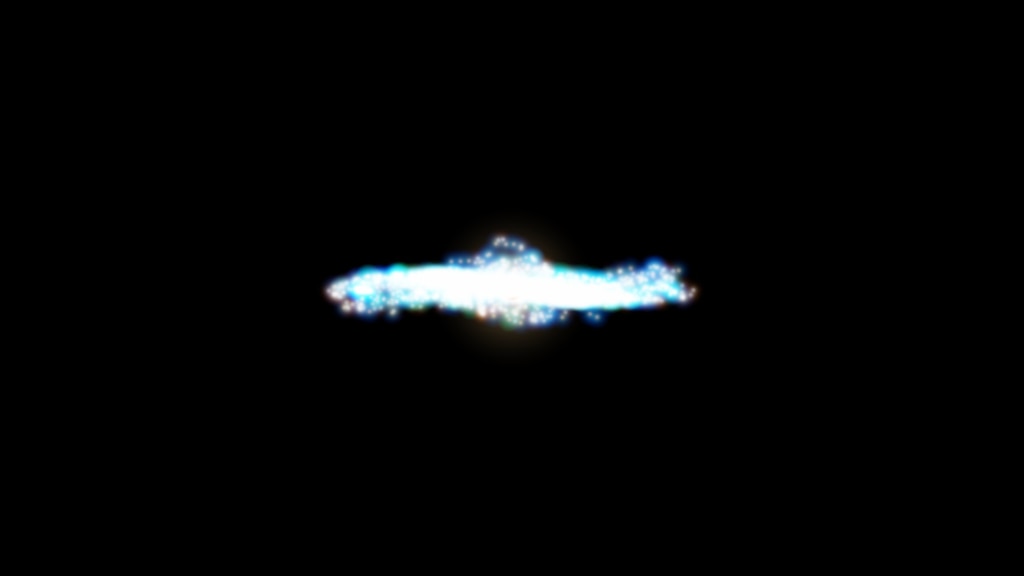 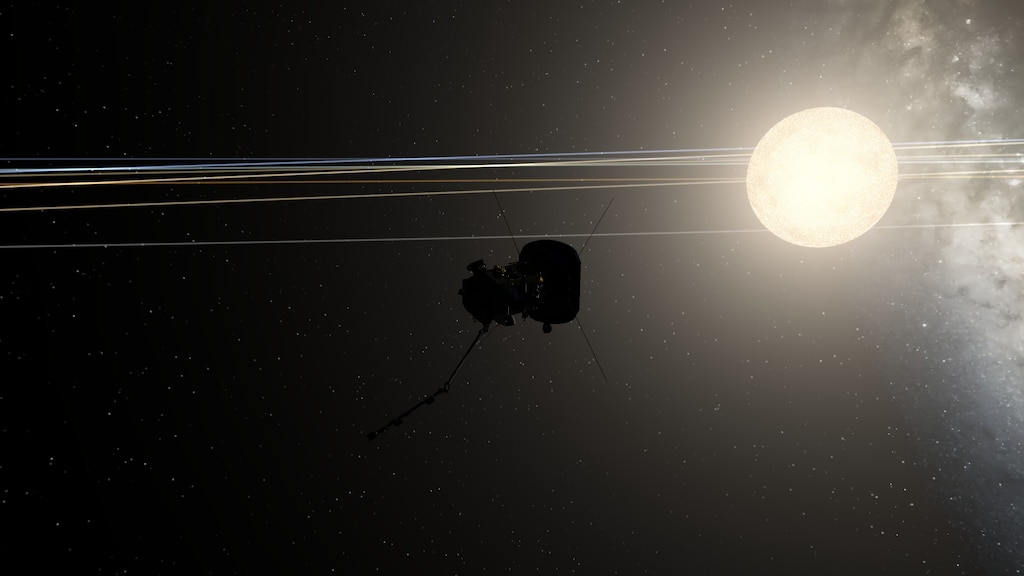 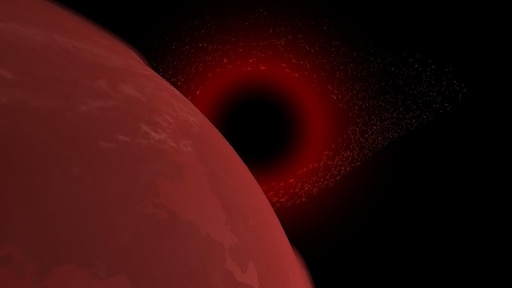 Recommended
0.7 hrs on record
Early Access Review
this game is mind blowing. worth the price. I did some crazy stuff. highly recommended. 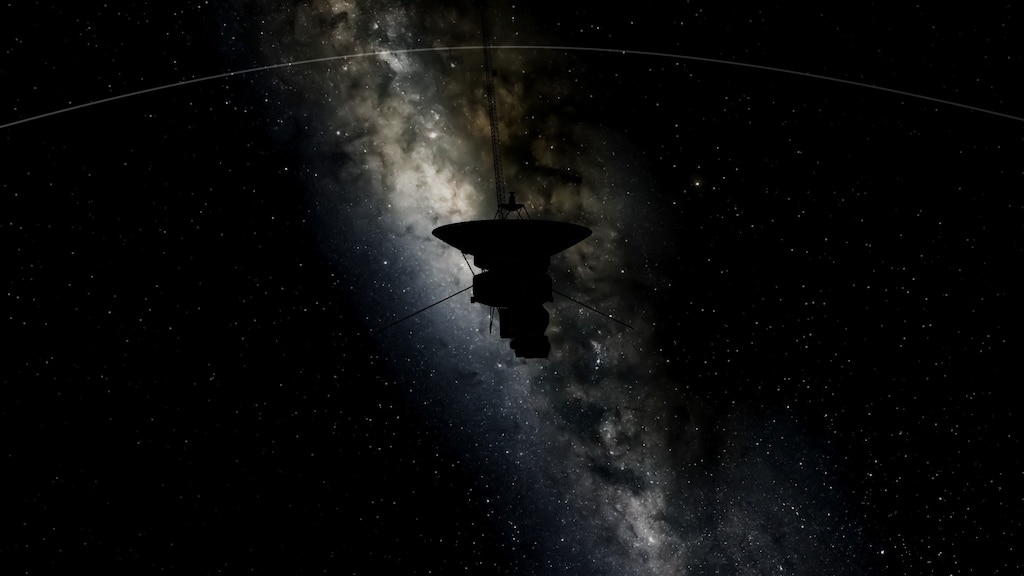 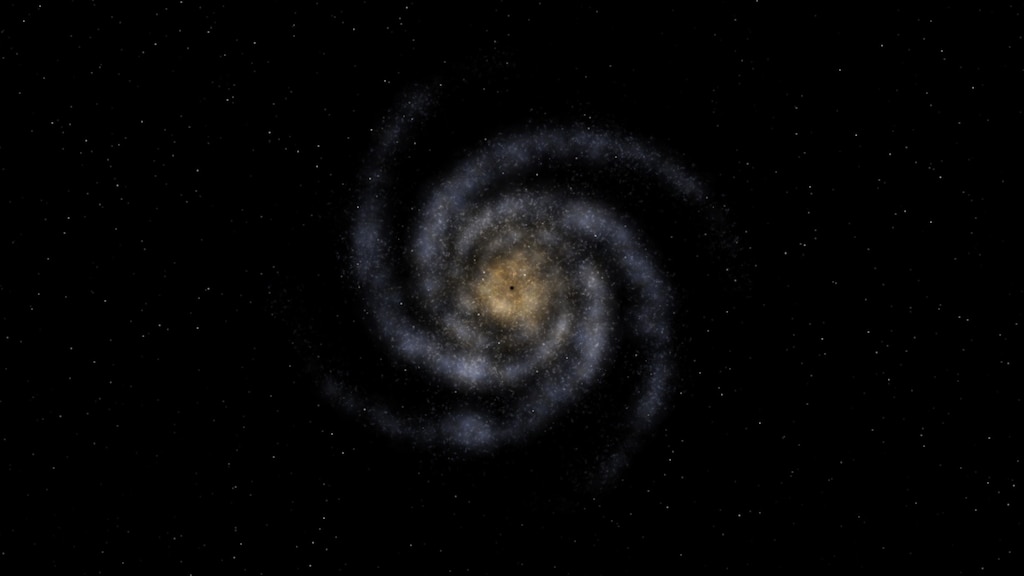 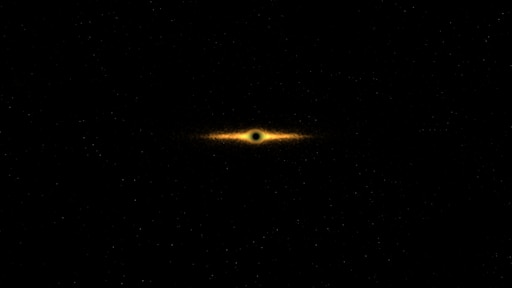 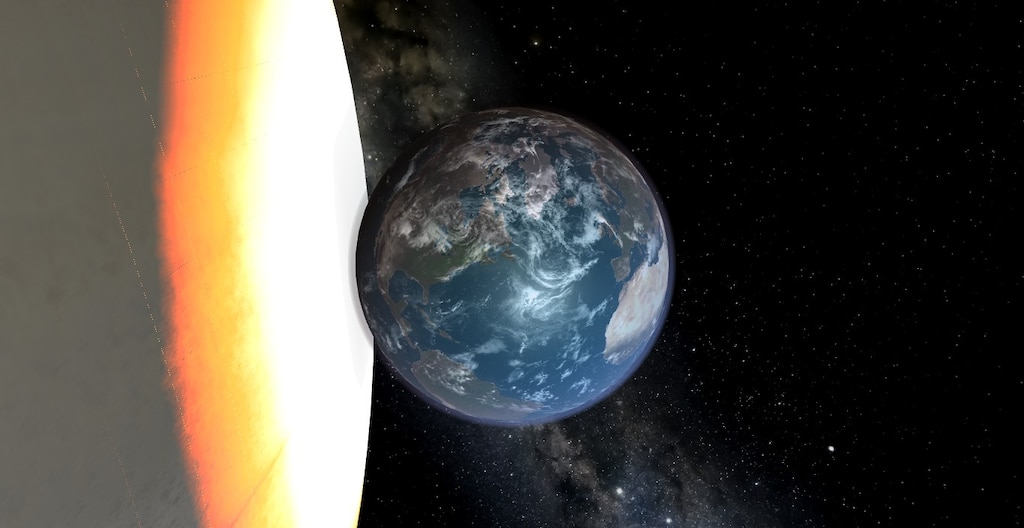 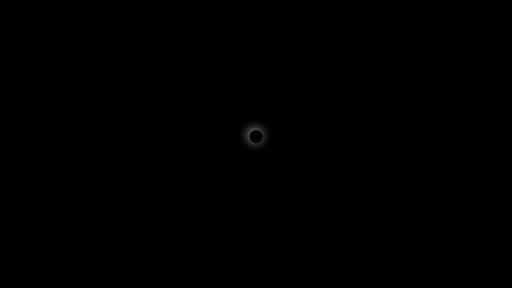 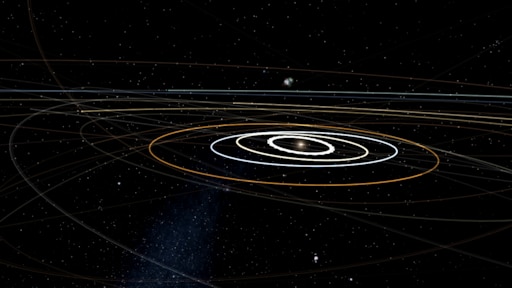 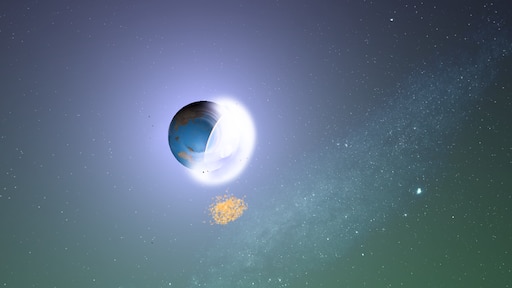 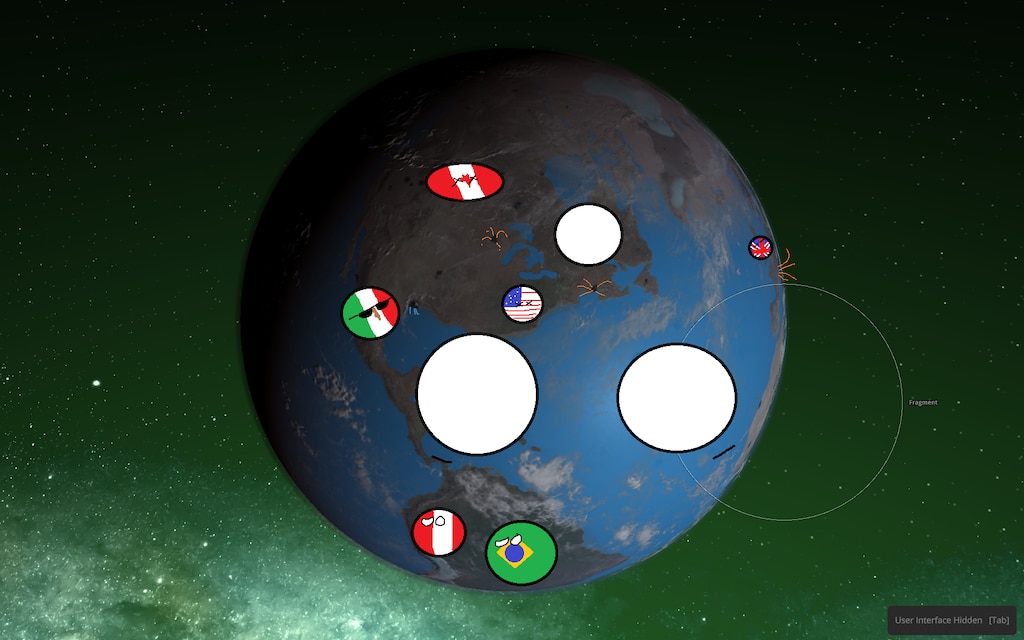 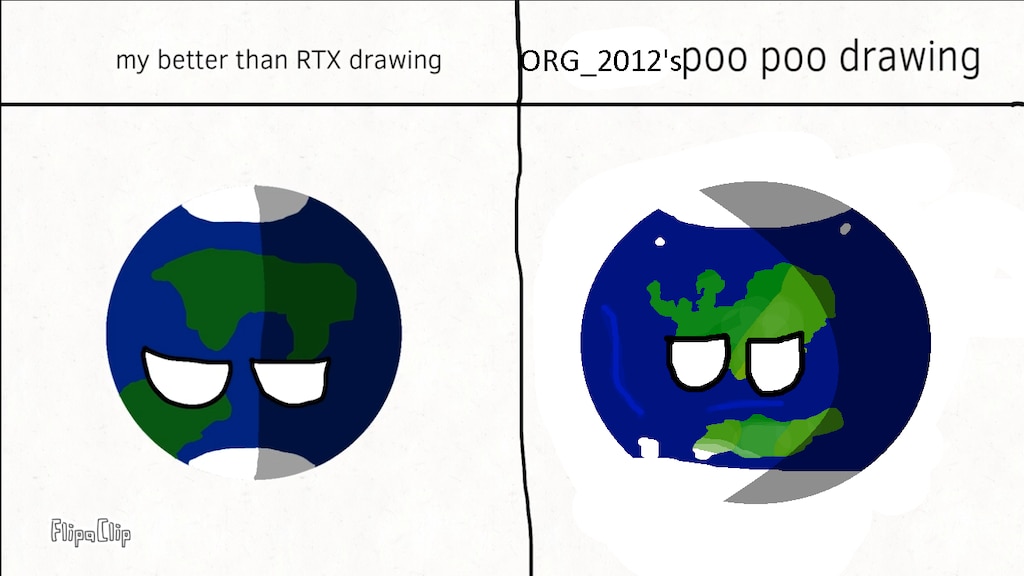 ORG_2012
View artwork
Import Custom Textures
Are we able to import our own textures?
7

[h4]More Highlights[/h4]
This update includes 1+ additions and 18+ fixes and improvements.

Check out the full list of What's New in Update 31.1[universesandbox.com]

Please report any issues on our Steam forum, on Discord[discord.gg], or in-game via Home > Send Feedback.

Recommended
56.3 hrs on record
Early Access Review
My name is Walter Hartwell White. I live at 308 Negra Aroya Lane, Albuquerque, New Mexico, 87104. To all law enforcement entities, this is not an admission of guilt. I am speaking to my family now. Skyler, you are the love of my life. I hope you know that. Walter Jr., you're my big man. There are going to be some things that you'll come to learn about me in the next few days. But just know that no matter how it may look, I only had you in my heart. Goodbye.