Shoot, blow sh!t up, fly or bark orders in the ultimate Free-to-Play, large scale, multiplayer, shooter experience. Thousands of players in multiple battles fighting one massive war of nations. The first to capture 15 cities takes the glory.
Visit the Store Page
Most popular community and official content for the past week.  (?)
Developer Update: 24th May 2022
May 24 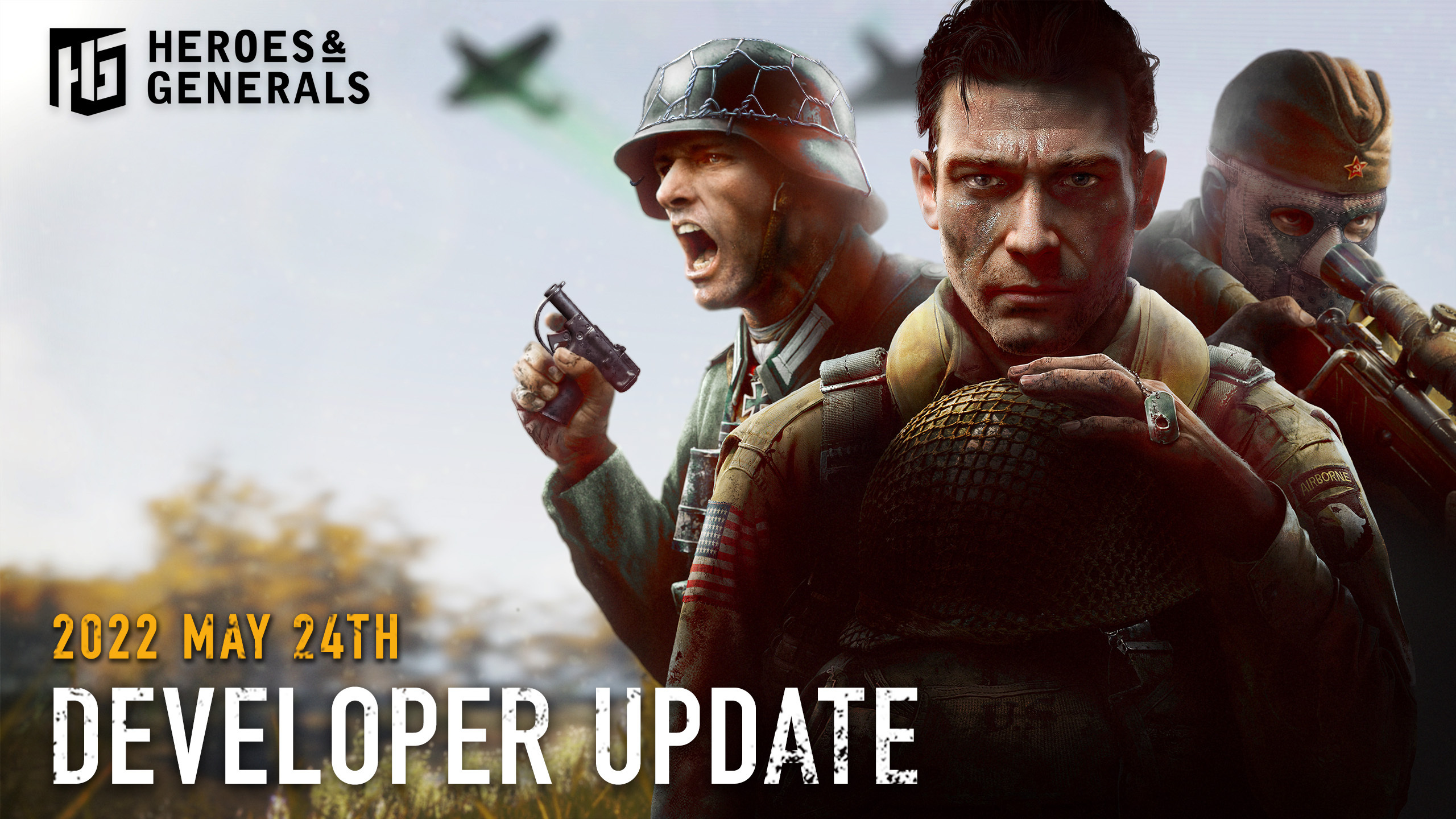 Soldiers!
We have reached the halfway point of this season and with the Maintenance Update released, it is time to start sharing more information on our next big release. Our new work cycle already started last week, but seeing we did not want to release a Developer Update in the same week as a new build, we are sharing our information with you, today!

Note that any task related to the Maintenance release, will not be listed again in the Developer Update.

Developer Updates
In the developer updates we share all the tasks that we have completed in the past few weeks, which features are currently being tested, are still being worked on and of course all the bugs that we have squashed! We will end each developer update with a short look at what we will be working on in the upcoming weeks.

We will not always be able to share all the details of our work. Some items are too far in the future to talk about already. Certain tasks contain internal information that we just cannot share. Every once in a while, we might be working on something we want to surprise you with! We will do our very best to be as transparent as we can be!

Be advised that not every feature that we have completed will be deployed in the upcoming release. Some features are part of larger updates that will be released further into the future. 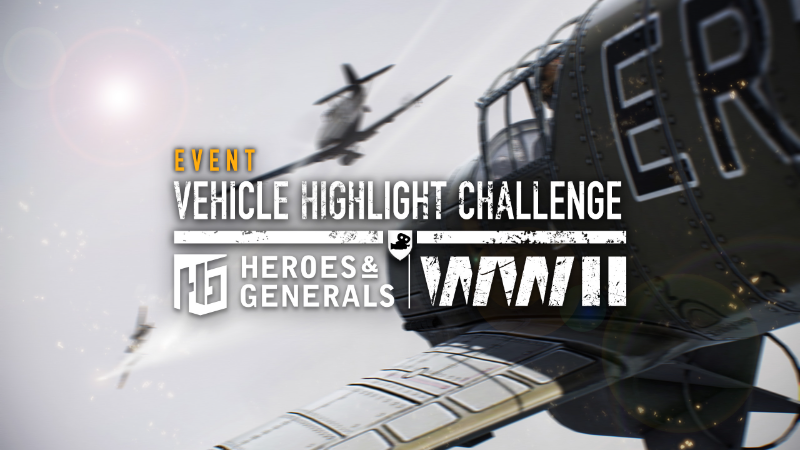 Soldiers!
We just released a balance patch and we want you to show us your best vehicle combat videos!

DUST OFF YOUR FILM STOCK AND GET TO WAR!
* Event ends Friday 27th May. 3PM CEST
** If winners do not claim the prize within 24 hours another contestant may be chosen 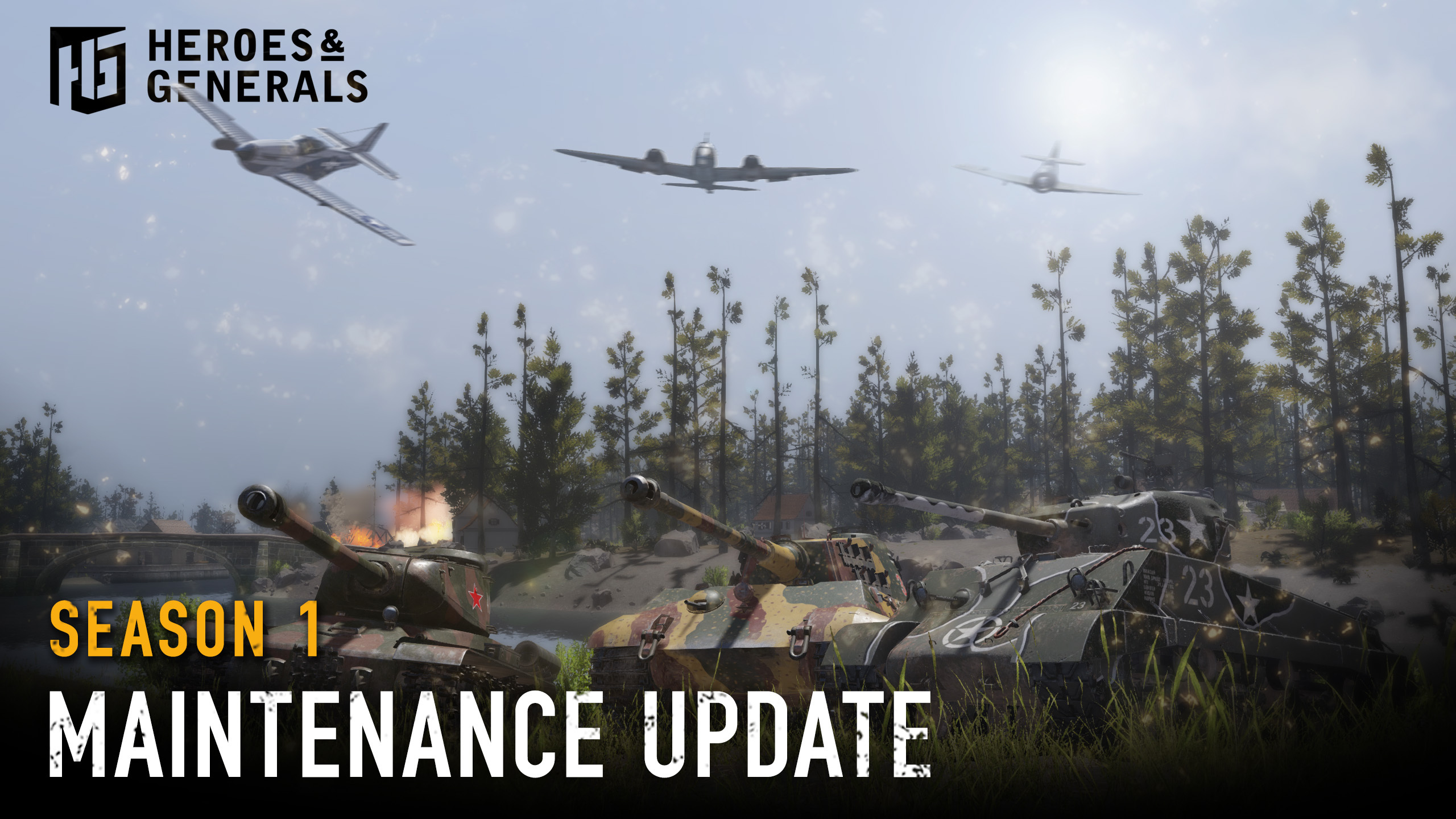 Soldiers!
Today marks our first update in our new release schedule!
Maintenance Updates will be released in between each season with focus on bug fixes and balance changes.

This season’s maintenance update contains a lot of balance changes to land and air vehicles with the ultimate goal of making armor combat faster and more tactical. 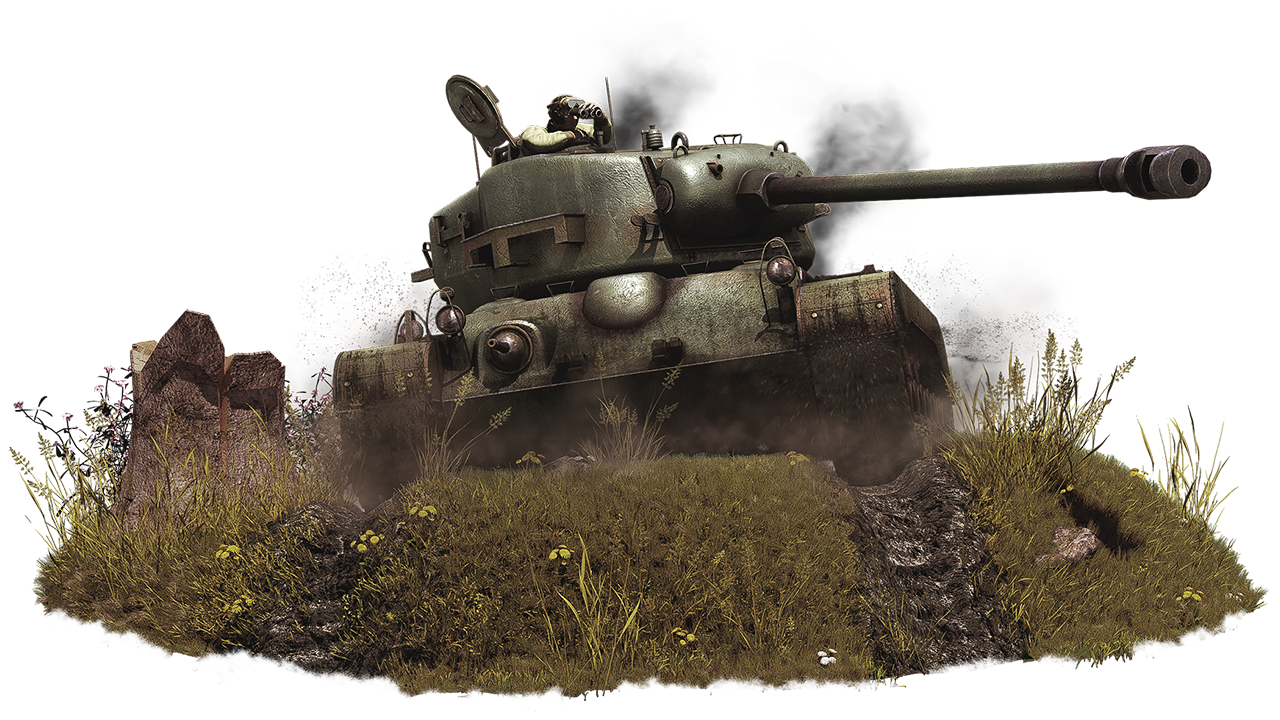 The main focus for the tank changes were not on how they performed against infantry. Instead we focussed on tanks fighting tanks. Player feedback pointed out tank shells, especially light and medium tanks, did not do enough damage to other tanks and resulted in very long firefights. Flanking did not feel very effective as the enemy tank would have plenty of time to turn its turret while you are shooting at it.So we gave them a boost! Light tanks’ damage has been buffed between 40% and 100% per shell! Medium tanks went up by an average of 50%, while heavy tanks saw only some smaller tweaks.AP shells have received a damage increase to just below the APHE (or equivalent) but lack penetration. The damage of APCR has been increased to the same level of the AP shell and has better penetration values than the APHE shells. While the APCR shells lose damage and penetration power over range, the HEAT shells don’t. Which means HEAT shells have some of the lowest base values, but are superior in long range combat. 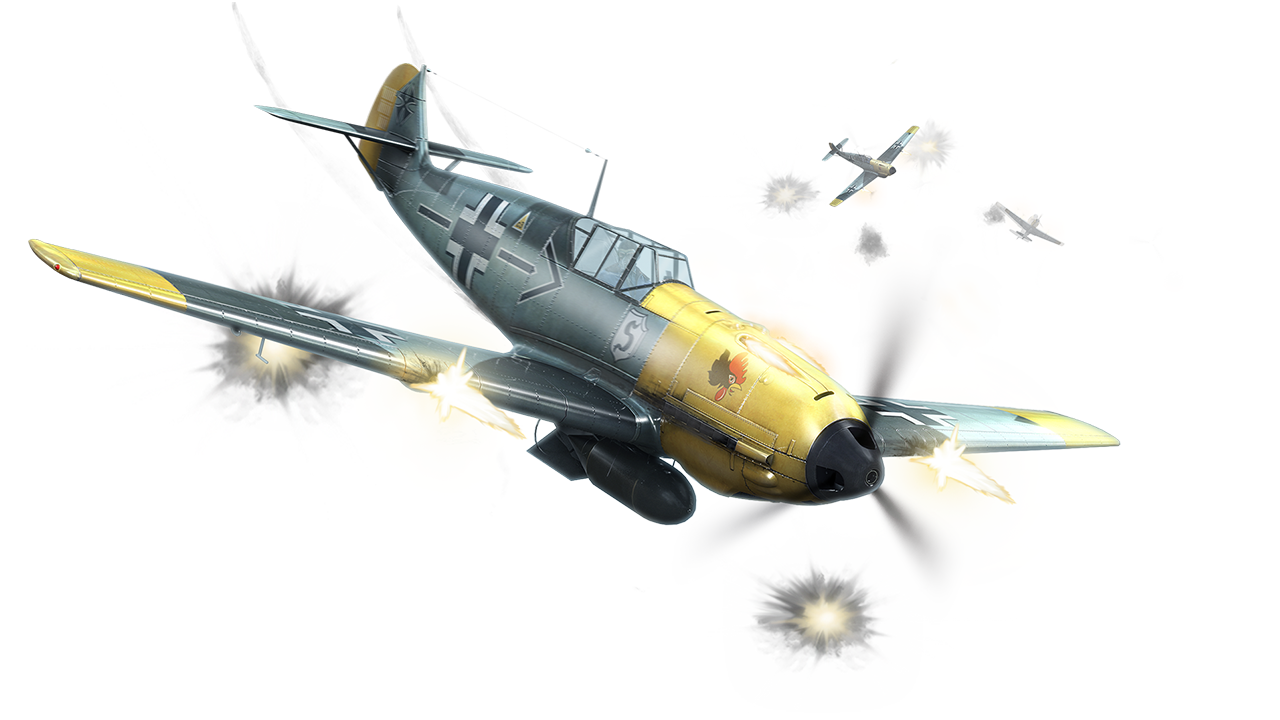 When it comes to the planes the first thing we did was decrease their effectiveness against infantry. HE-rounds have received a larger explosion radius, but their damage has been decreased so only a direct hit with a shell will be enough to one-hit infantry.Fighter planes’ bombs and APCR shells have had their damage and penetration increased. This will allow them to penetrate tanks a little easier and do more damage. Additionally most planes have had their Rate of Fire increased!We have decided to make all the planes of the same tier equal across factions. This will give us better information on the performance between the tiers and will in the long term be a much better balanced experience!Tier 3 medium fighters will now excel at flying faster and can fly much further upwards before the engine stalls out. The tier 2 planes might not be as fast, but they turn as the best. The tier 1 planes are more balanced, they do not do anything better compared to the higher tiers, but are a good middle ground.Recon planes have received a decent buff in damage, while they will still have a hard time going up against medium planes, their performance against each other as well as ground targets have improved!Both AP and APCR rounds now do the exact same damage. APCR rounds have better penetration, but their damage drops off much faster than that of the AP shell, APCR shells are best suited against ground targets. The AP round has more damage and will therefore be the best choice against other planes.That is a lot of changes in the air, but we have yet to discuss our last change for the fighter balance. AA-guns now have received an increase in Rate of Fire, damage and ammo! We reverted to using the scroll wheel for zooming again, this is done because AA-guns are fired in pairs now. Left click to fire the first pair, right click for the other pair - click both to mow your enemy to pieces. Overall making them a better match against the planes.

The M8 Greyhound are now equipped with a .50 Cal Machine Gun while Tier 2 and Tier 3 recon vehicles now have HE-rounds next to their AP-rounds. Additionally the M3 Lee tank 37MM cannon (secondary seat) now comes with AP-rounds, HE-rounds and APCR-rounds!

Paratroopers will now adhere better to the laws of physics and have to deploy their parachute earlier if they wish to avoid being injured. And lastly, Infantry First and Iron Fist combat badges now only work with infantry weapons.

BRING THE FIREPOWER AND CONQUER THE ENEMY!
Changelog
CLICK HERE TO CHECK OUT THE FULL CHANGELOG![heroesandgenerals.com] 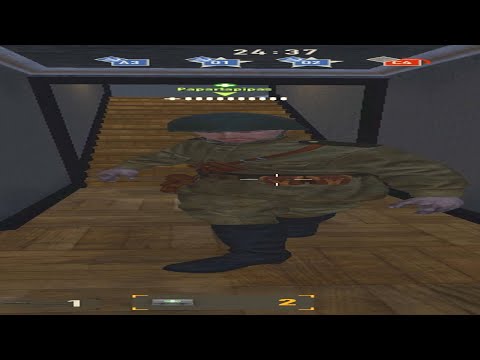 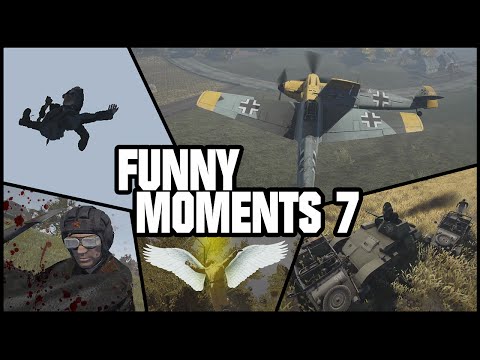 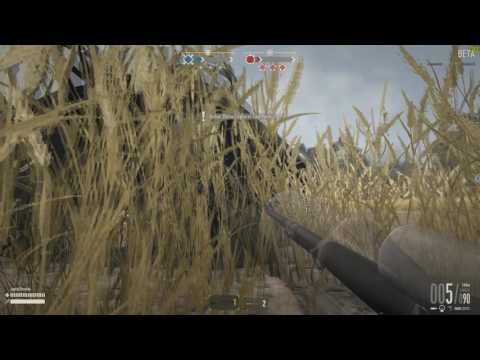 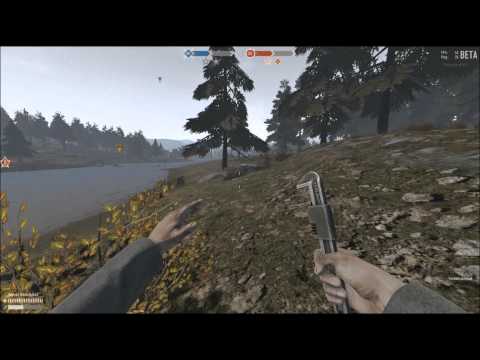 0
5
Glitch or I perfectly planned that one out.

In-Depth Guide to Destroying German Armor
Tired of slugging countless shells/rockets/grenades at German tanks only for them to not die? Boy, have I got the Guide for you! This guide will provide you with easy to reference and remember diagrams and Tips on how to more efficiently destroy enemy Tan...
31 ratings 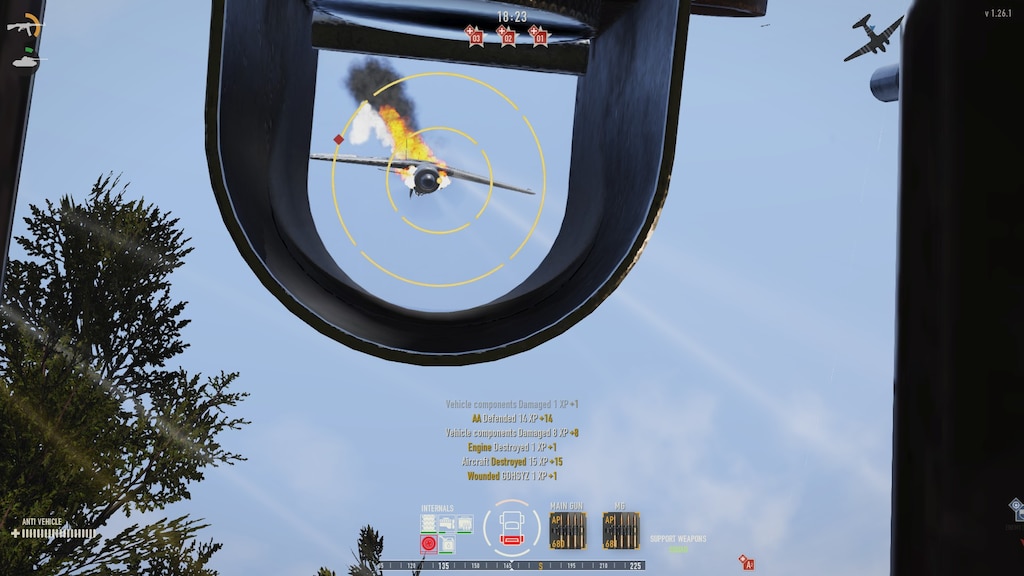 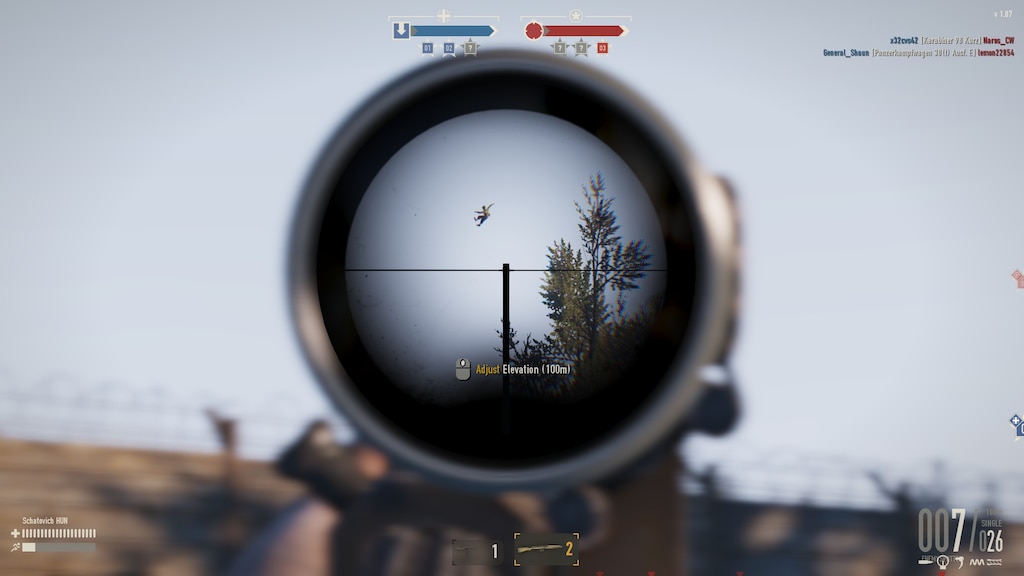 Not Recommended
21.3 hrs on record
This is a good game for its time, but not comparable to the newer games.

It definitely looks and feels like an older game, but you can't expect an entire graphics overhaul with such a small player base at this point. This is one of the first steam games I picked up since it was free, and I spent 20 hours with it at that time. Having refreshed my memory with about and hour and a half of play time, I find a few major problems for me personally.

The enemies have always been hard to see for most people, but they are even more difficult for people that are color blind since there is no colorblindness adjustment like most war games. The matchmaking takes quite a while- likely because there are few people playing. The new battle pass is very small and doesn't really add value to the game. Starting a new character with nothing is hard to do because very few new players are joining so you have to just die a lot until your weapons get enough attachments and you can carry secondary weapons. In other war games, it is easier to at least hold your own as you level up, I find this to not be the case here.

Overall, it is free. I recommend it if you are unable to buy all the other pay to play games. But, if you are able to afford other games, that would be my recommendation. There are many better war games (and WW2 games) out there.

FPS Player guide to playing war
A guide meant to help new players understand how the fps and rts sides of the game interact with each other and how to successfully play battles.

All H&G Battle Pass Seasons Rated + Analysis
Analysis of all Battle Pass seasons in H&G since December 2021 Is it worth buying the Battle Pass? Find out by reading this guide! 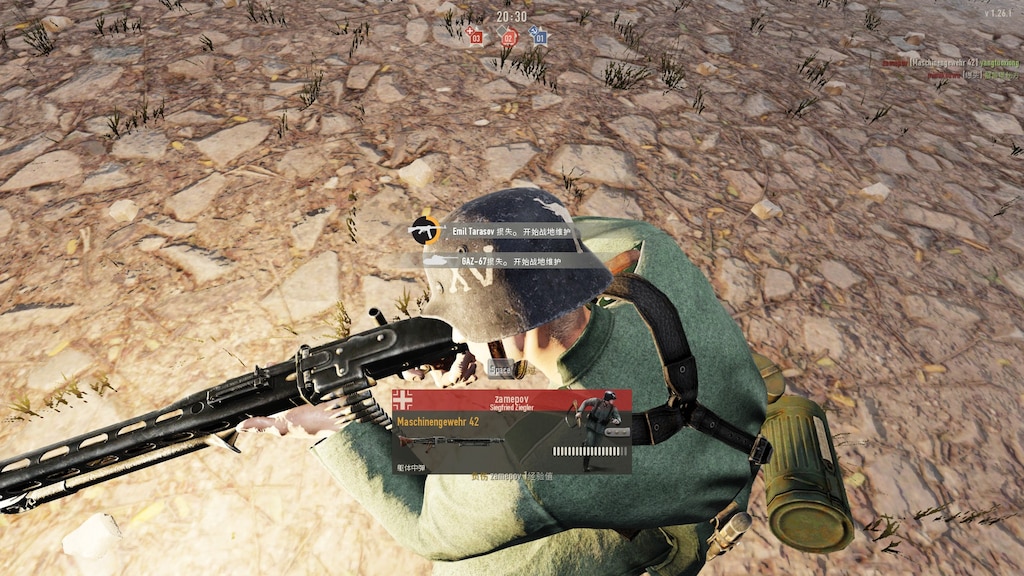 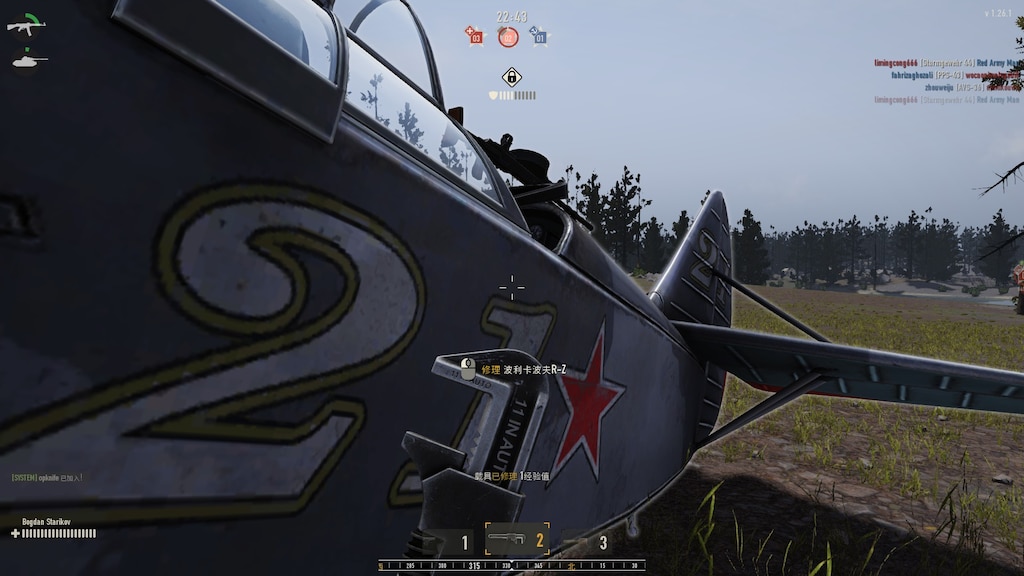 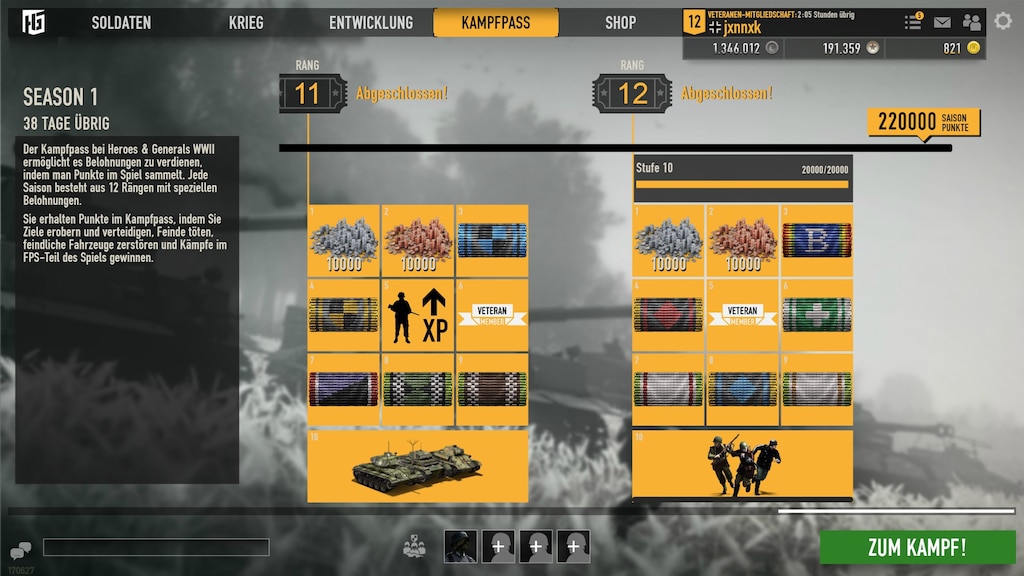 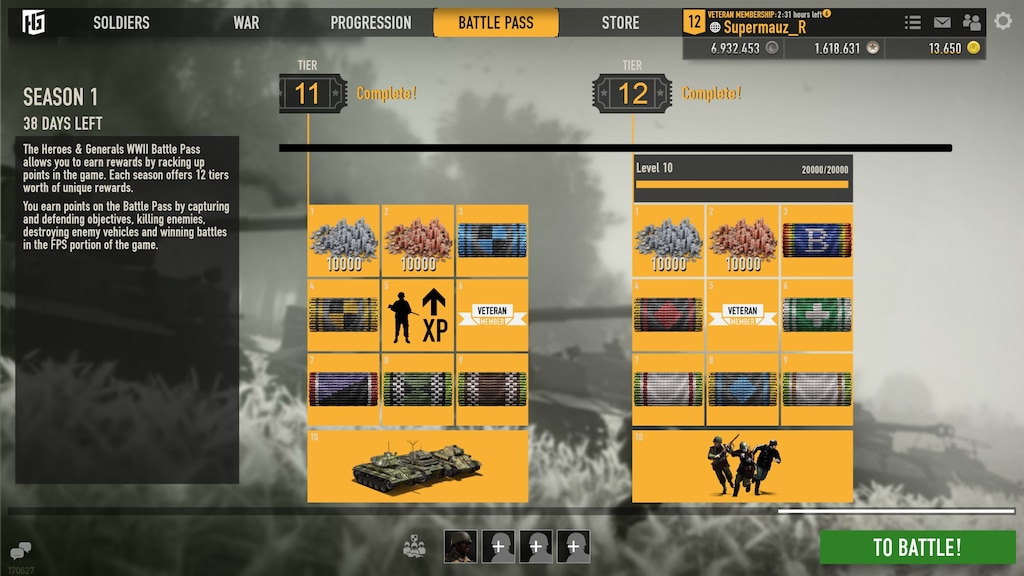 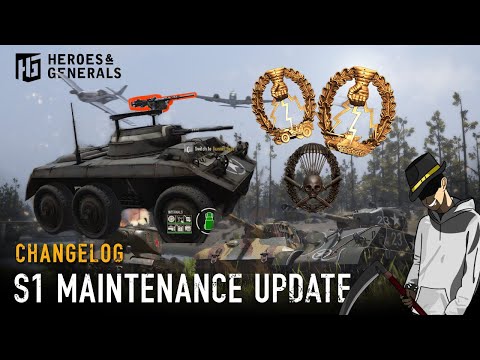 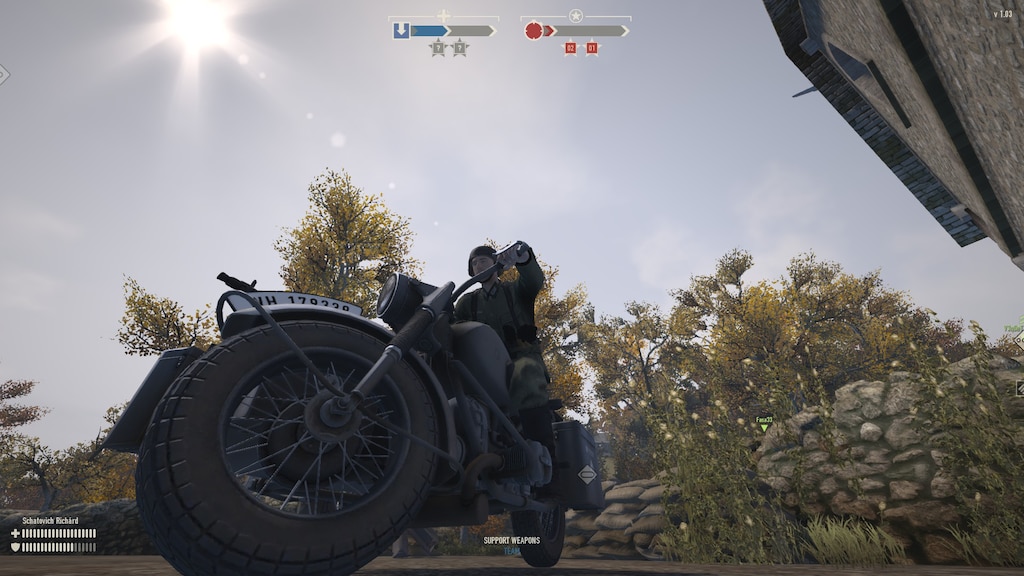 RambotheAce
64 products in account
0
Fixing exit time and lock up.
I refuse to play crappy assault matches anymore. All the planes on one line and ATK bots only on the ground. Can you please make it easier to leave a match and re enter for a new one. It would be nice so that way on top of having to leave total complete crap dumpster fire waste of time, makes people hate the game matches we can at least hope for one that is only somewhat unfair instead of what counts as any kind of entertainment. Here is what is not a good idea All the planes one line, no recon on the line...
3

WARFIGHTER
May 25 @ 2:33am
General Gameplay Talk
Suggestion : MVP (Most Valuable Player) award
..or something that is similar. There should be a way to reward useful players. And I mean useful players : infantry who assist tanks, people that actually defend when everyone else is rushing the next point, etc... What do you think ?
7