Sea Dogs: To Each His Own
All Discussions Screenshots Artwork Broadcasts Videos News Guides Reviews

Sea Dogs: To Each His Own

1654 AC. The Caribbean. A place of opportunities and mysteries. Take a role of Charles de Maure - a young French noble who arrived to the New World to assist his brother. What seemed to be a simple family matter, turned into a lifelong adventure!
$14.99
Visit the Store Page
Most popular community and official content for the past week.  (?)
1.7.3 - Work in Progress
Apr 17
Ahoy!
Recently we aired another hotfix for the current beta patch.
More to come!

- Temple of Khael Roa crashes - fixed
- Bandits didn't attack in caves under wells - fixed
- Couldn't order a new coat of arms at shipyards - fixed
- St. Johns priest was absent at night - fixed
- Locked St. Pierre's brothel and dungeons after the plot siege - fixed
- Mary still asked for more sex after the deed had already been done - fixed
- F2 interfaces overlaying each other - fixed
- Cleaver's pirates have been removed from the streets of Cartagena
- NPC armed with handguns didn't have gunpowder - fixed
- Any number of captives can now be put in a cargo hold
- Broken quick travel on Barbados - fixed
- Clan guardsmen dialogues didn't work correctly on Justice Island - fixed

Many thanks to Takeda-One for his input, gratitude to our community for all the helpful feedback! 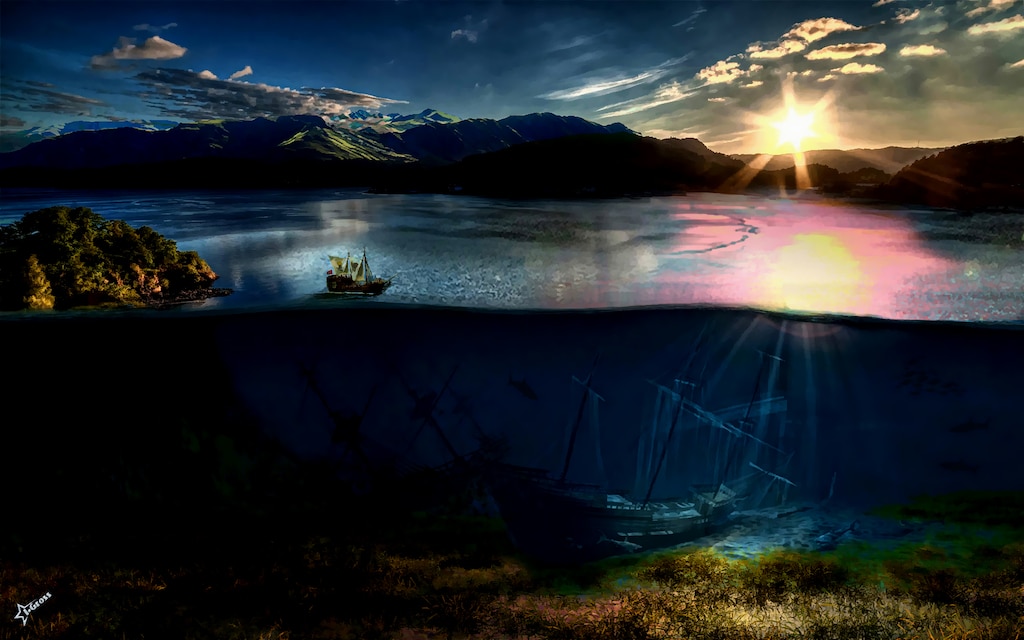 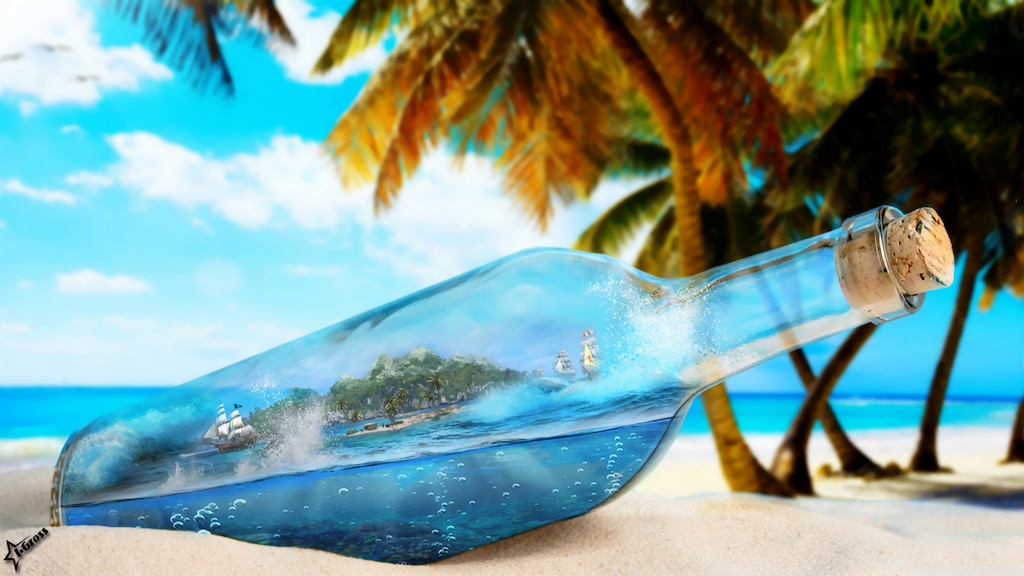 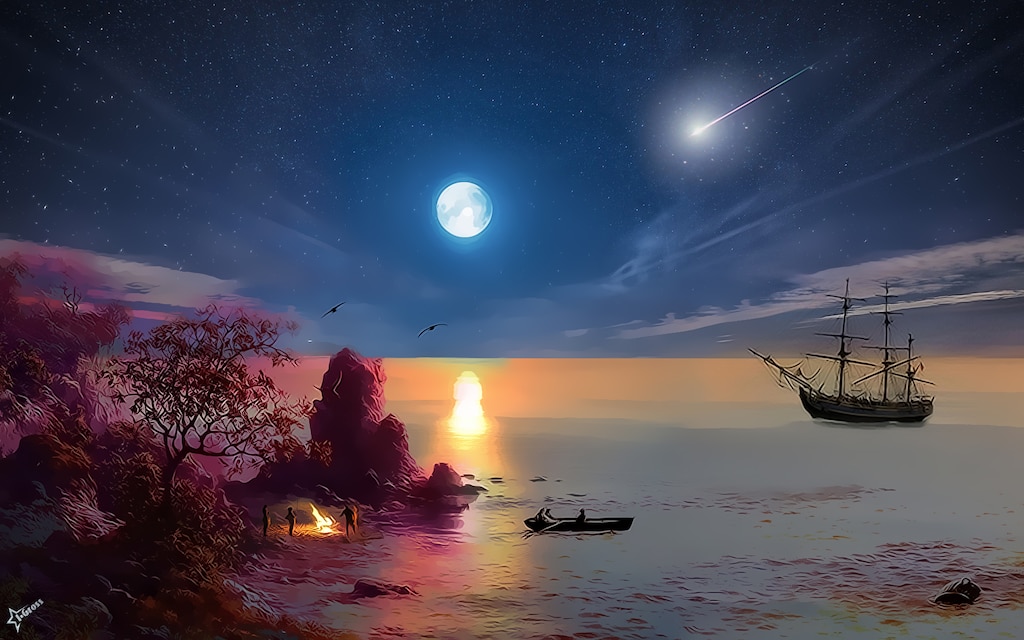 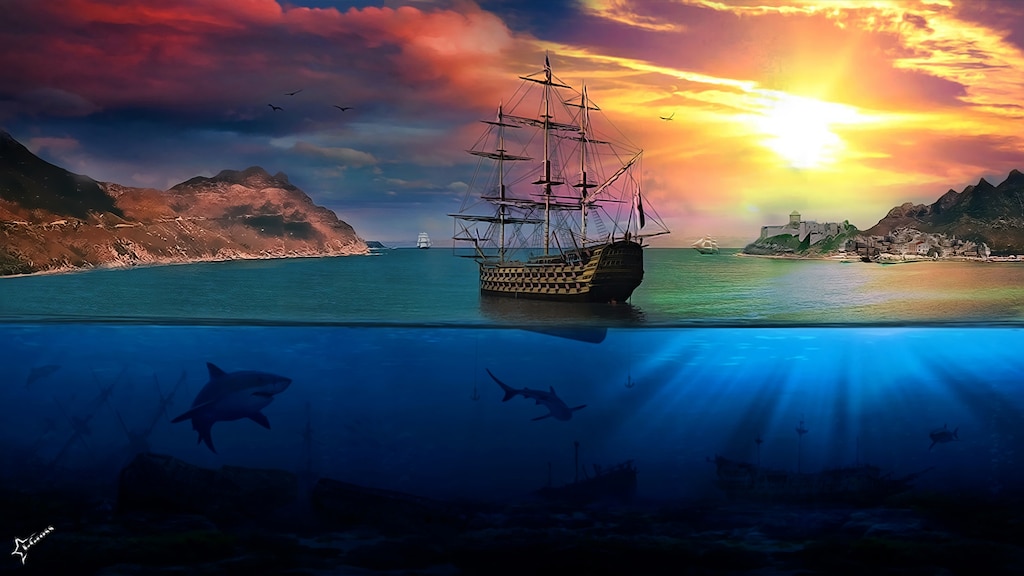 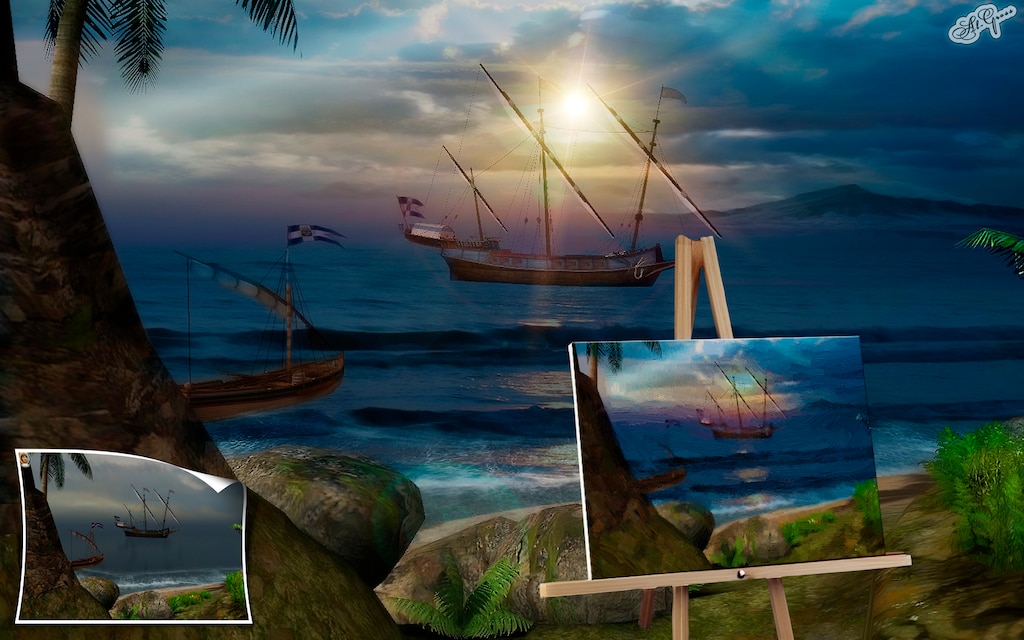 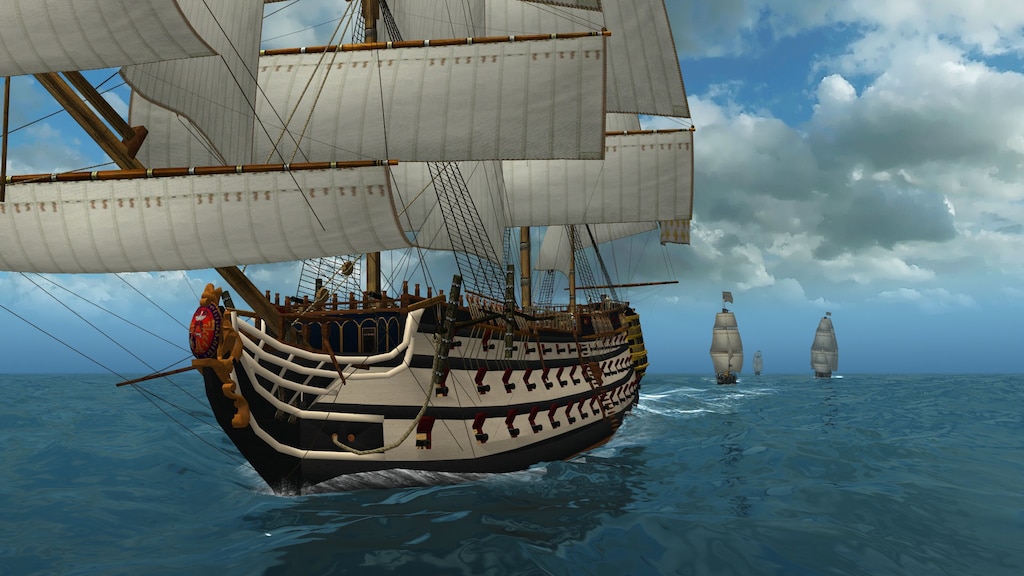 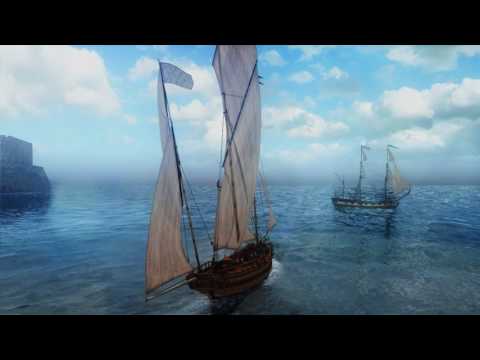 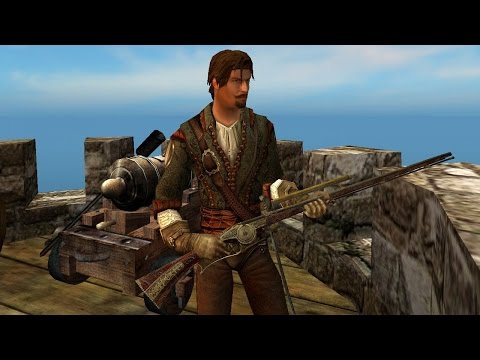 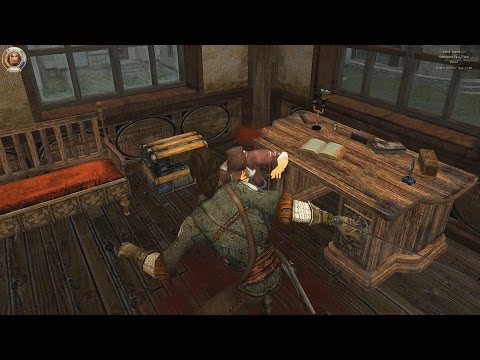 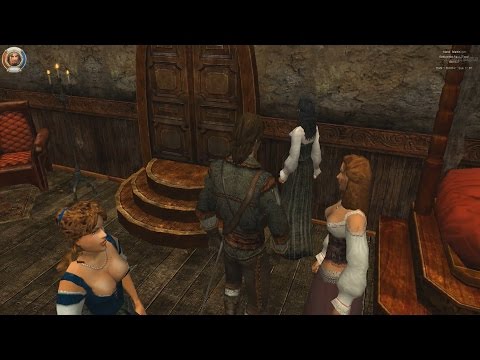 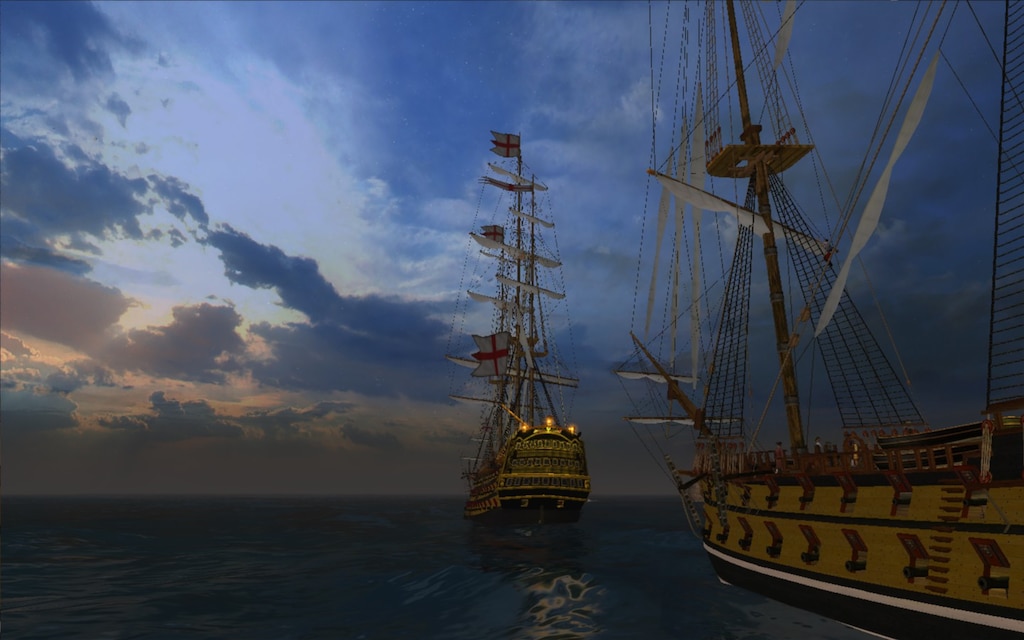 Recommended
285.7 hrs on record
244 hours of frustration later.... I still love this game! I have played all the previous iterations of this series and it fills a niche that has been hard for me to find. On one hand you have games with very deep naval combat like Naval Action but they lack any role play, others like Atlas have plenty of crafting / survival aspects but are totally focused on multiplayer pvp.
others are just arcade style.
SDTEHO was originally a Russian only release and the English version came out in 2016, we all know the Russian are some tough folks and this game is meant to be hard or even hardcore if you are that kind of masochist. There are some mods available that help smooth out game play and provide things like an in game map (yeah that's right in Mother Russia they don't get a stinking map unless you earn them in game)
THE GOOD:
Deep story (especially with the dlcs) great ship to ship fights. You can take on the whole quest line, just a few parts or none at all (free play). There are quick start options if you have already done all the quests and are starting your 2nd (or in my case 320th) fresh start. DLC blends seamlessly so if you don't have it you don't notice and if you do have it you will find that it feels like it was there from the start.

THE BAD:
Graphics are dated but o.k. (ships are especially good for their age) there is little or no documentation for the game and you will have to depend on the guides players have written (there are a few really good ones). This game was Russian only for a long time and the English translation is a mess at times though understandable. While controls for the player and the ship are not bad certain actions can feel clunky when trying to give commands to other ships in your squadron in the heat of battle. Those ships are piloted by some fellows that have drunk too much rum, been punched in the head a few too many times and generally make it more hassle than it is worth to have more than one or two with you to help haul loot or distract enemies. It is not uncommon to have a AI captain attack and board a significantly inferior ship only to switch to that ship. This means a drastic downgrade, the loss of the pricey cannons and upgrades you put on the original ship, and often includes sending 50 to 100 faithful sailors to Davey Jone's Locker since the new ship can't hold them. All of this can be overcome if you know how everything works in the game but as I said documentation is rather nonexistent. The ambient noises like the tavern hubbub and idle noises kind of make me nuts but I just turn off dialogue and reduce effects sounds. The English version was definitely done on a budget as all male npcs are voiced by the same guy. It is fun though to hear a fellow with a Russian accent trying to do other accents...

As I said in the opening statement I love this game. It frustrates me and at times infuriates me but I just keep going back.
Overall this game has a feel to me like Mount and Blade and Naval Action had a baby. Granted that baby is Russian, angry, non-communicative and has rum in its bottle. 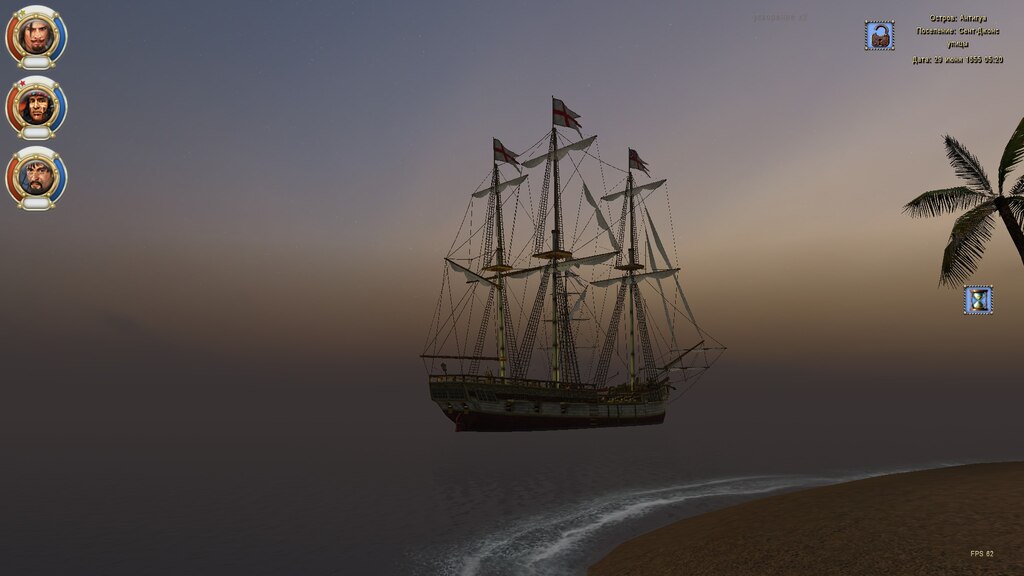 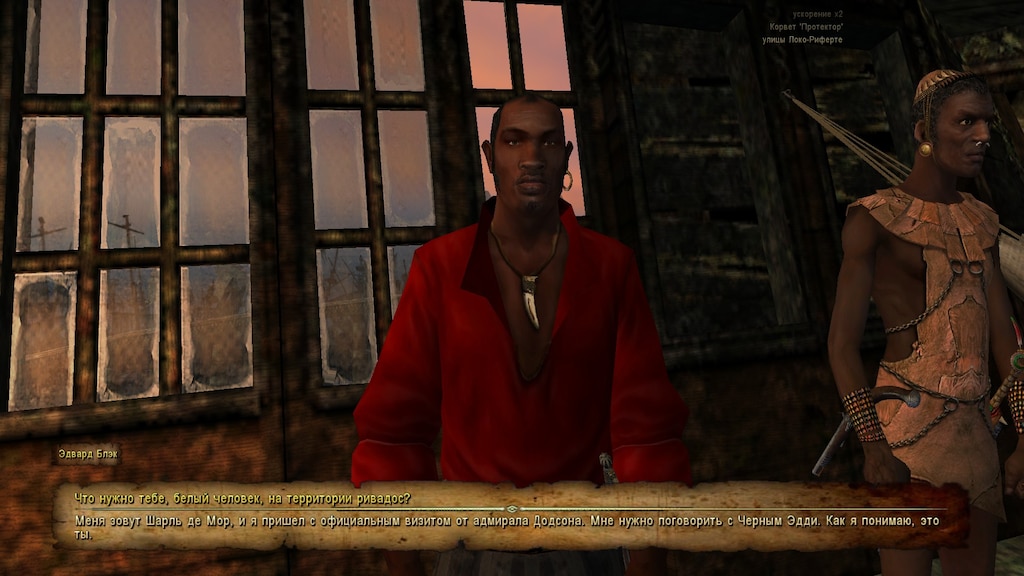 Hiroo Onoda
View screenshots
Caribbean in a Nutshell mission
During my attempt to complete the very first part of the mission (delivering gunpowder and bombs), I've run into a problem. I reached the fort and went downstairs to talk to the commandant but I can't deliver anything to him. I only have one dialogue option with him and It's not what I need. I had to survive an onslaught of pirates just to get there and I can't even finish the mission. I know I have enough powder and bombs, what's going on?...
11

Archibald Meatpants
May 14 @ 12:25pm
General Discussions [ENG]
Don't start playing this game
If you decide to buy and play this game ? Do not ! I have played the first part, carabean in a nutshell , and now I can't progress anymore. New saved games are making the game crash. I can load the old ones but any new saved game makes it crash. So better not start at all....
4

Tish
2 hours ago
General Discussions [ENG]
Growing life/Growing energy skills
Do these skills start to work only from my current rank? Or do they "compensate" by adding the amount of health of stamina based on my rank? I have noticed an increase in health after choosing the growing life, it's just that I am not sure if these are as basic as hero rank*1, regardless of the character level I've chosen them from. I just wanna make sure these are the "better to choose asap or not at all" kind of perks....
2

hastatus
May 17 @ 11:29am
General Discussions [ENG]
1.7.3 Open Beta - Work in Progress
Apr 3
Ahoy!
As you have probably noticed, we've been regularly updating the 1.7.3 beta. Today we are launching the biggest quick fix so far - worthy of a public changelog.

In other news, 1.7.3 will remain in beta at least for one month more, and we keep working on the huge announcement we teasered before. ːauthorityː

You can switch to the beta version any time, New Game is not required. Please keep posting your bug reports here:

- Added missing dialogues for Raymond Baker if you assign him as your purser;
- NPCs didn’t get the Advanced Repairs perk - fixed
- Entries about passengers mini-quests remained in the archive forever - fixed
- A sequence wasn’t shown during sex with Mary and Helen - fixed
- Alchemy screen used to call a freeze if a player called a tip - fixed
- Damsel in the Jungles quest tended to freeze in the event of the girl’s death - fixed
- Blueweld turned inaccessible if Helen had died - fixed
- Hiring crew during a boarding - fixed
- Certain DLCs available even if not purchased - fixed
- Wrong entries in Captain’s Log about the peaceful outcomes of The Last Lesson quest - fixed
- Getting access to a warehouse if a ship is not docked in a port - fixed
- Quest bandits could be generated in missing or closed houses - fixed
- GUI windows imposition by F2 - fixed
- Charles’ crew is now displayed as a pirate one during the course of Flying the Jolly Roger;
- Numerous names fixes;
- “Sail to” bug - fixed
- Locator fixes of a tavern and the Ceres Smithy
- Isla-Mona containers no longer have traps in them
- Prison guard didn’t have a dialogue in the beginning of the game - fixed
- ActiveMap bug - fixed

Our warmest thanks to Бладвин, Paul_US and many others for helpful reports and feedback.

Sea Dogs: To Each His Own
319
46
Source Code revealed!
Mar 25
Ahoy!
We are pleased to share the news that we have received permission from the copyright holder to open the source code of Storm Engine.

We believe that this will help us make Sea Dogs better and we urge everyone with programming experience to join the work on the engine legally.

You can find the source code here: https://github.com/storm-devs/storm-engine.

Also, we wanted to thank everyone who particpates in 1.7.3 Beta - the biggest patch we ever released!
If you want to join - take a look at the very impressive changelog and details righ here.

Please share bag reports and impressions from the beta here.