Rogue Warrior is a character-driven, first-person-shooter, featuring Richard 'Demo Dick' Marcinko's explosive personality in an action-packed single player campaign, and intense multiplayer combat.
$4.99
Visit the Store Page
Most popular community and official content for the past week.  (?)
Still crash on windows 10 !!!
I tried everything but nothing worked after 30 seconds always crash
12 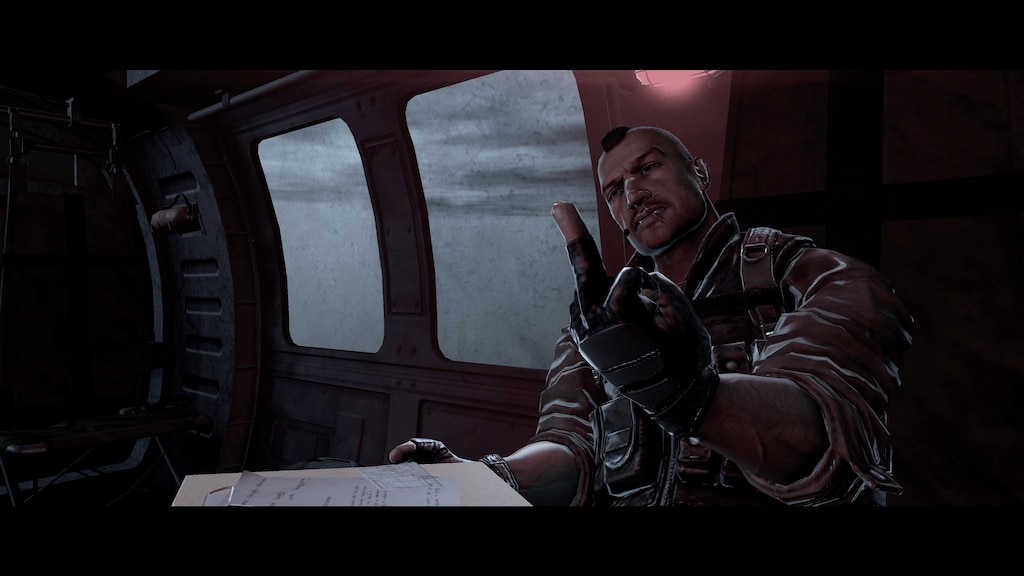 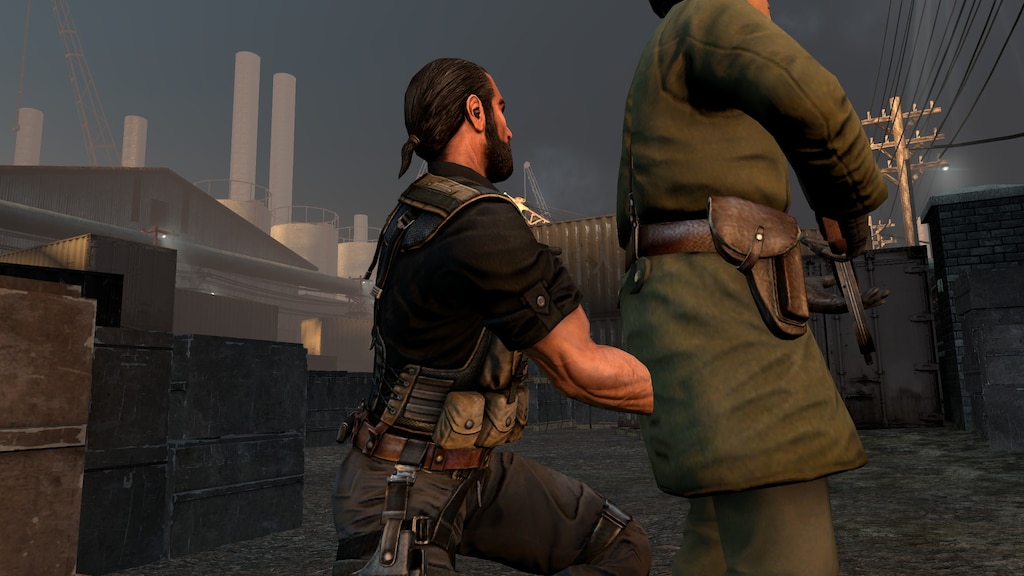 0
7
How I feel while playing Rogue Warrior.

0
3
Your flesh belongs to Rourke 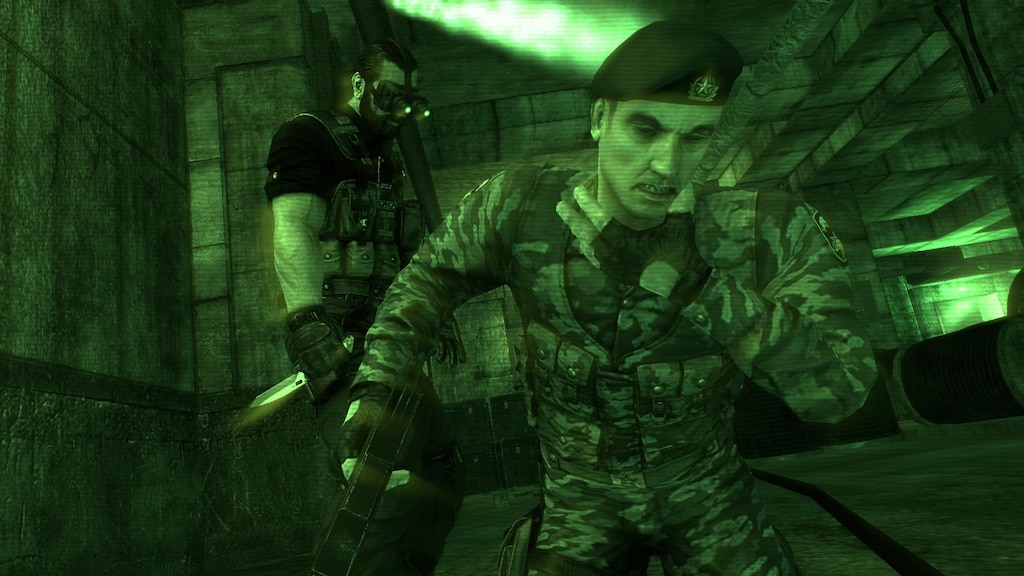 2
2
Sam Fisher ain't got nothing on Richard Marcinko 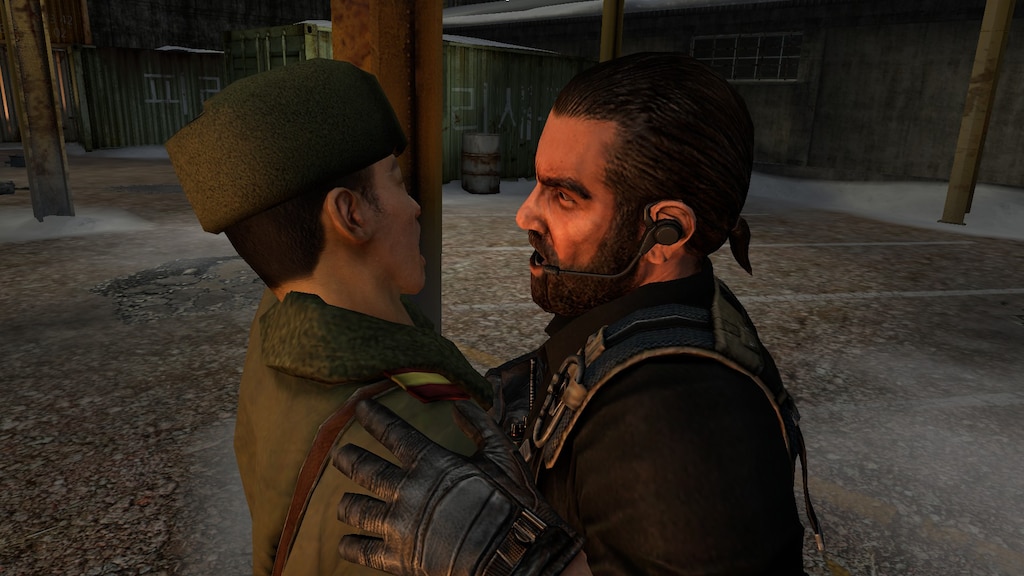 0
0
Deadly Kiss from an American soldier! ;) 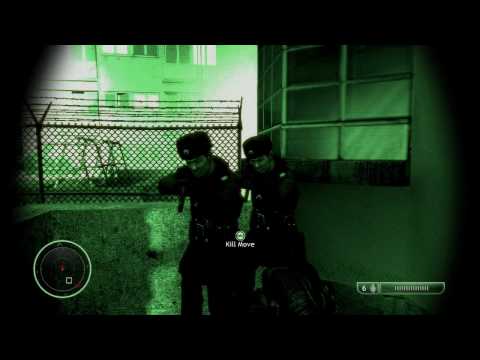 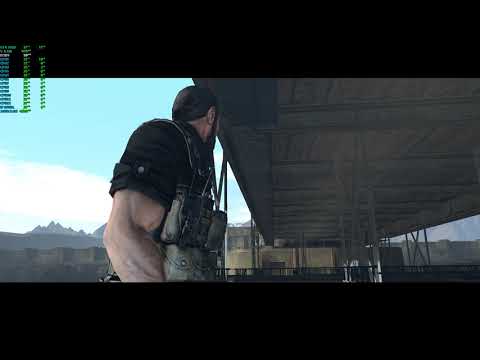 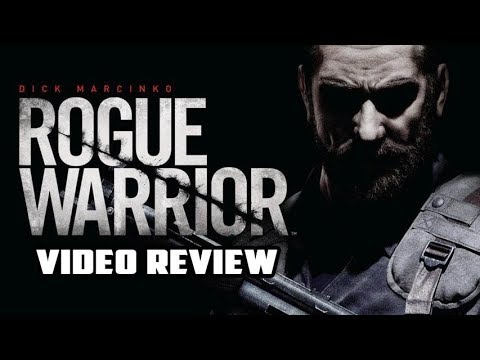 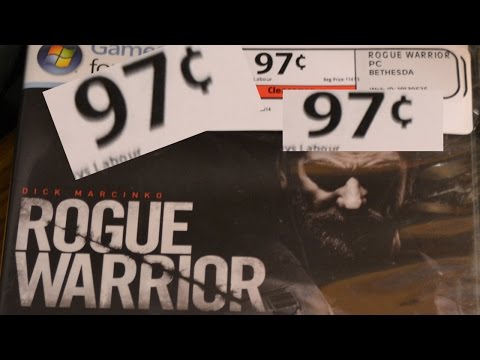 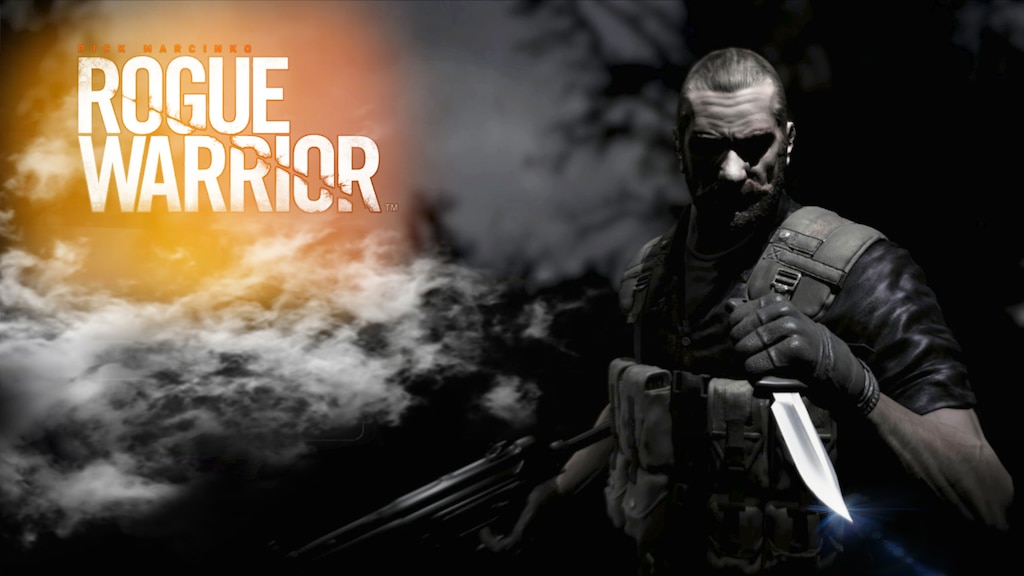 A way to prevent Rogue Warrior from stuttering
Stutter every second when playing Rogue Warrior? Here's a way to solve this issue.
28 ratings 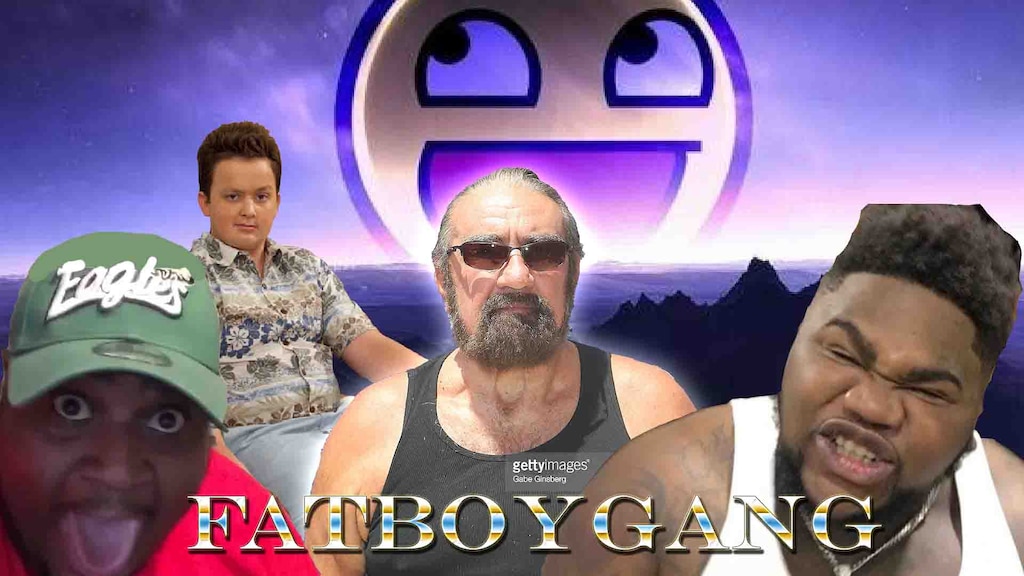 How to get Rogue Warrior working on Windows 10
Warning ! Gratuitous expletives have been removed for your own protection. Thought I'd put this here because there are some relatively obscure Windows 10 compatibility settings that need sorting, at least they do on my machine. Symptoms: 1. Stuck... 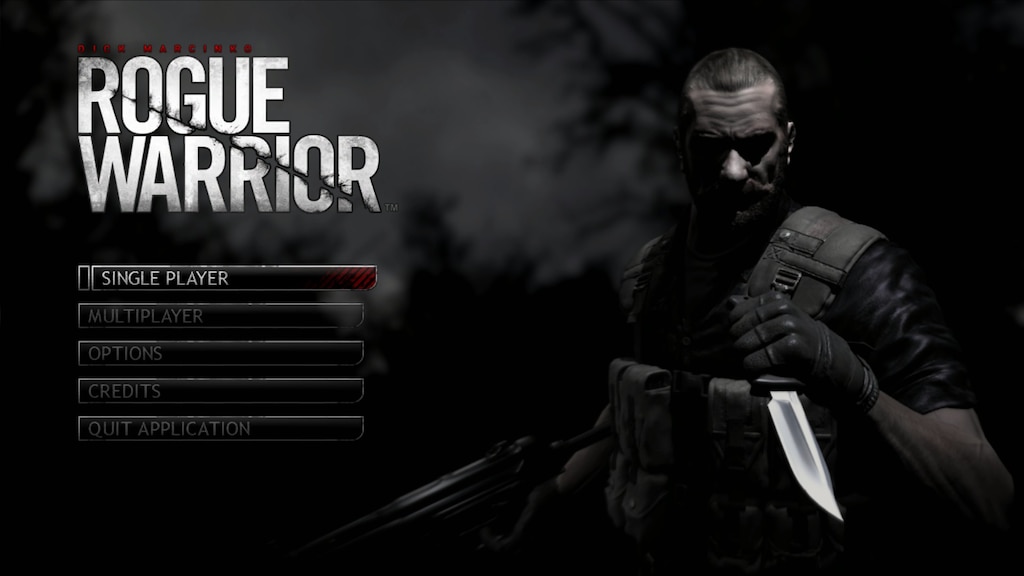 View screenshots
Looking for someone to play multiplayer
I have just picked up the game, looking for people to gain achievements or just play MP
82

sanya...parikmaher?
Jul 11 @ 3:41am
General Discussions
This "Game" is trash and does not work
Just don't waste your money or bother posting too much in this totalitarian JOKE of a forum.
5

Lach.den.an
Mar 6 @ 5:54pm
General Discussions
Has anyone found a fix for the random crashes?
I've been trying to get this game to work for the past couple of hours, but it keeps crashing every 5 minutes.
8

Not Recommended
3.1 hrs on record
I knew when going into this game that Rogue Warrior would deliver me a bland experience that fells outdated even by 2005 standards. This is the same Year Call of Duty 2, Call of Duty: Big Red One, Battlefield 2 and Doom 3: Resurrection of Evil came out so it had a bit to live up to compared to these other games but as you've already noticed that I don't recommend this game it's apparent Rogue Warrior didn't live up to it's competitors.

You play as Rick Marcinko: a U.S. Navy SEAL tasked to disrupt a North Korean ballistic missile. Rick's main motive turns to revenge however after two forgettable soldiers die in the intro cutscene. You then go from location to location to track the missile. When getting there you basically destroy the whole thing and escape by jumping into the ocean where a group of random soldiers are just conveniently there for you to hop in and spout how you rock or some ♥♥♥♥. Honestly after playing this game and the credits rolled I really just forgot about my time with this game. Hell I had to look up not only what the main driving point of the story was since it's just a generic army tale about a grungy "bad ass" but I had to look up the main ♥♥♥♥♥♥♥ characters name because of how forgettable he was. The only thing that the writing has going for it is the dumb, cringy, childish swears the main character spouts every time you kill someone. Actually even in cutscenes he swears a lot but it doesn't come off as "cool" or portrays him as "bad ass" yet it just comes off as dumb and trying to hard yet I did laugh at how idiotic it can get. I think the dumbest lines ever uttered were, "It looks like the douche bag convention's in town" and the thing that made me pause the game just to laugh was- AND I QUOTE, "Suck my balls, my hairy ♥♥♥♥♥♥♥ big balls, wrap them around your mouth" WHO WROTE THIS?!?! But to get serious I think it's not a good sign that I had to use Wikipedia to remember what happened after just completing the whole game an hour ago and that the only good thing to come from the writing are childish swear words that make me laugh at the game and not with it.

However I'm a Kingdom Hearts fan so I'm kinda used to games that has laughably bad writing with pretty fun gameplay so how is the gameplay in this game? Well unfortunately it compliments the story really well: bland, unoriginal and forgettable. I played this game on the hardest difficulty and I only started dying at the end of the game but not due to a rise in difficulty but due to me not caring. And as a result of not caring I saw that the AI is very predictable and are copied and pasted throughout the game until they introduce the same enemy yet with armor...... how riveting. Most of the time at the begining you "stealth" around to kill while at the tail end you'll abuse the predictable spawns to your advantage to clean house. The most exciting thing that happened was that in two level you can kill the lights which makes the enemies unable to see you so you basically get the insti kill them all with e......... that's the only thing that had me even a little happy when playing this game.

This game feels more like an off brand Call of Duty game titled something like "Army of Battlefield" that you would find in a Barnes and Nobel by the "Christian Songs for Christian Kids" CDs. I wasted 3 hours of my life on this game and then had a blast spending 4 hours in Rogue Company. Oh yeah and I tried to get in a muiltiplayer match yet (unsurprisingly) no one was playing. Just play Modern Warfare (Cod4, MWR OR 2019 would work) or Splinter Cell if you want a good shooter like this on pc but if you just want a good shooter well hell there's a lot to choose from. It's not even horrible but it is forgettable and you could be doing better than Rogue Warrior.

Not Recommended
1.8 hrs on record
Decided to keep track of the amount of times the game froze or crashed during my playthrough. Through my extremely short sub 2 hours with this game, it crashed 37 times and froze 36 times. So probably one of the more functional games Bethesda has put out.

The game sucks on every level. The graphics are dated, the voice acting is corny, the story is bad, the gunplay is boring, the enemy AI is about as smart as a rat with half its brain missing, and even if the game were good, its so short that anybody with any sort of FPS experience can complete it in under 2 hours. Which is a good thing I suppose, because it means you can refund the game. The only real positive is the ♥♥♥♥ Machinko's voicelines, which are ridiculously over the top and insulting. They don't make the game worth it though, most of the funny ones are in the first 3-4 missions and even then they're relatively sparse. If you want to experience this game just go play the worst mission in one of the earlier COD games with the brightness turned way down while occasionally cursing at the enemies you kill.

Also go look up the end credits song on youtube. It's actually pretty funny. The only problem with it is that you need to play through this game to see it.

Recommended
2.5 hrs on record
It is what it is.
A decent 2-3 hour adventure.
Turn off your brain and enjoy the ride.