Zeno Clash is an action/fighting game set in a punk fantasy world. The game is played from a first person perspective and the combat is generally up close and brutal. Experience a deep storyline set in a fantastic world.
$9.99
Visit the Store Page
Most popular community and official content for the past week.  (?)
'Clash: Artifacts of Chaos' revealed
Jul 6
Dear community, it's been more than a decade since our debut title Zeno Clash released, and it's been over 8 years since we visited the strange world of Zenozoik again. We're extremely proud to announce one of our most ambitious projects yet. Welcome to Clash: Artifacts of Chaos.

For more information visit the Steam page and don't forget to Wishlist! ːsteamhappyː

Zeno Clash
42
1
Zeno Clash 1 free
Hi, who would like Zeno Clash 1? It's collecting dust for years now in my inventory. Not sure when and why I got a free copy, for I already owned the game years before it dropped, but now I decided to offfer it here. Great game, so is the sequel (which I wished had smaller ambitions for better polish), and I hope there will be a third one (if you start developing now, you'd still be able to finish it before Elden Ring, so I have money and time left to play it)....
4 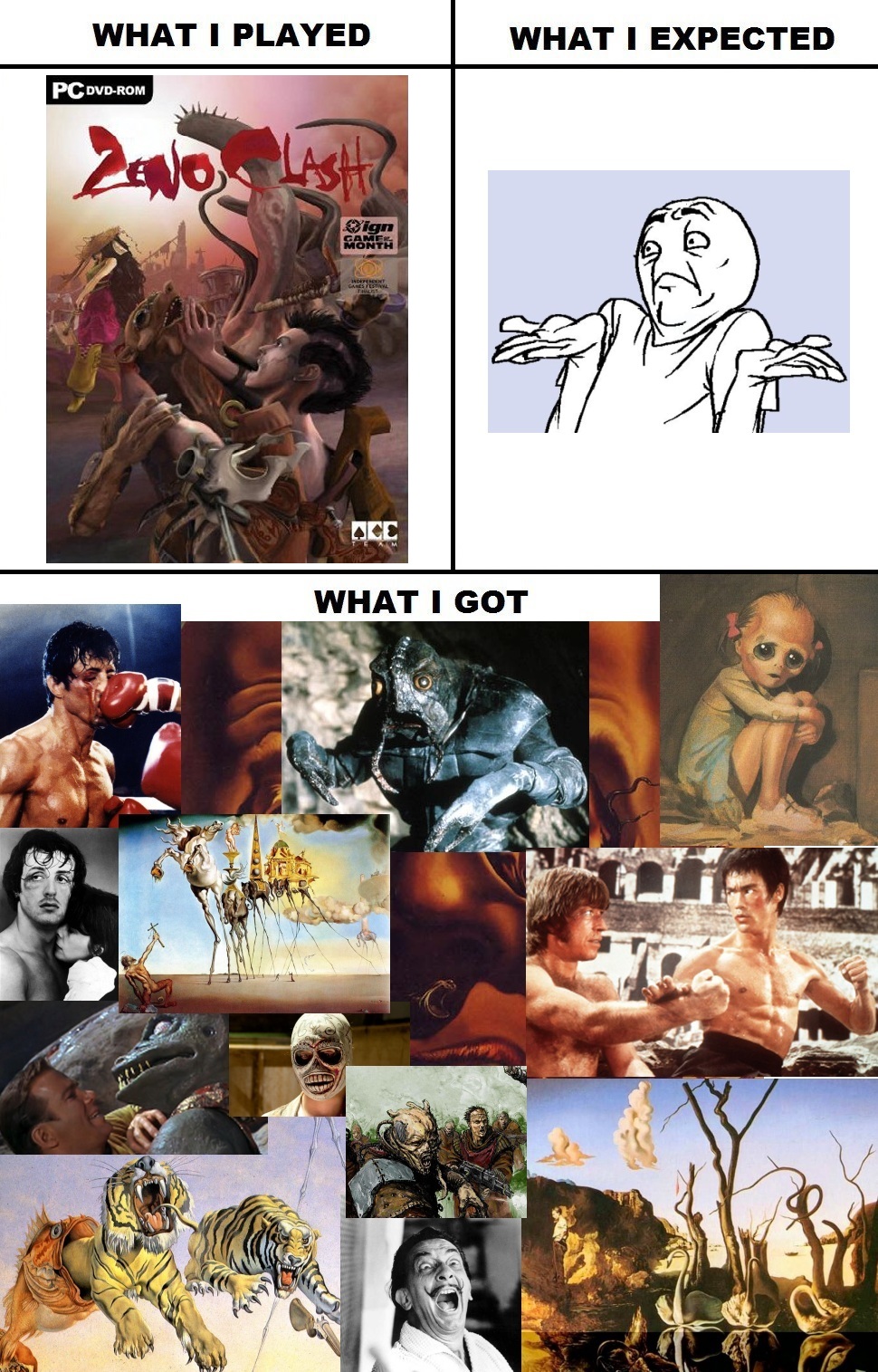 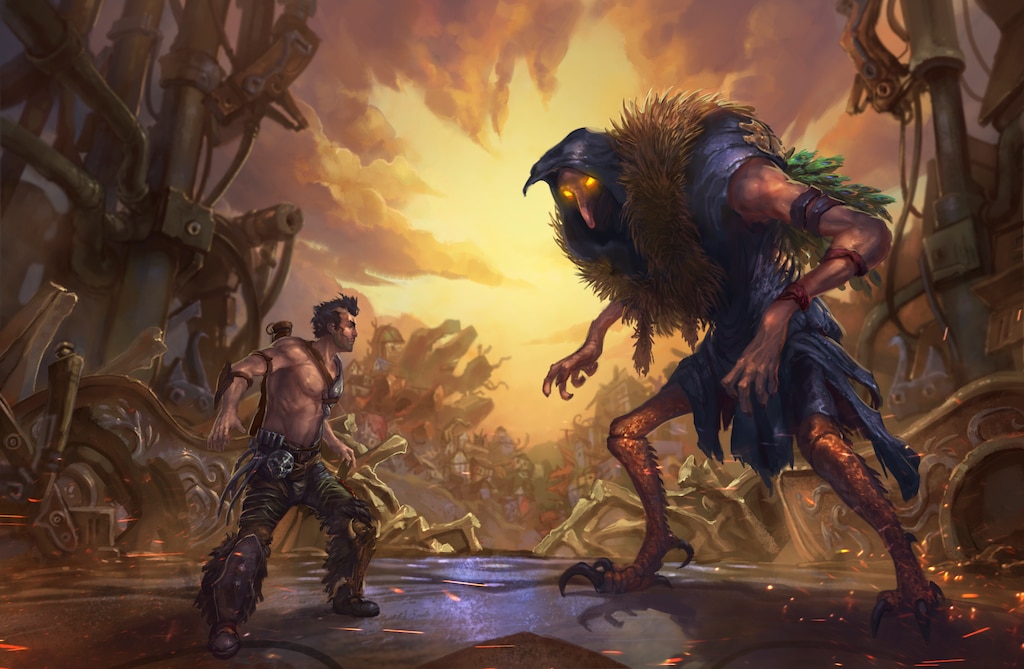 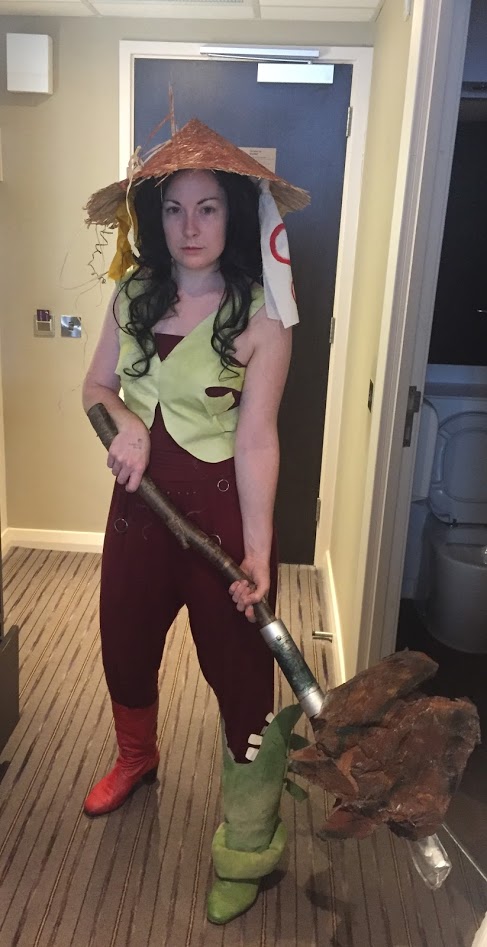 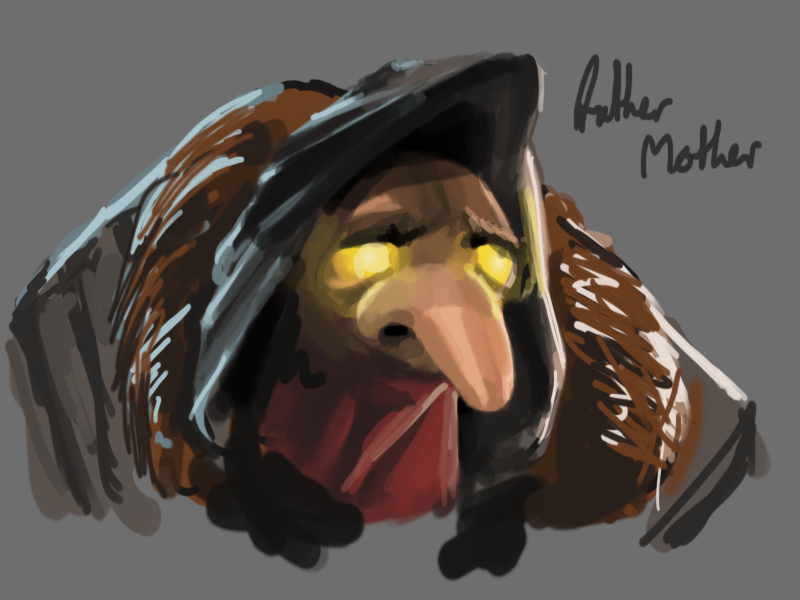 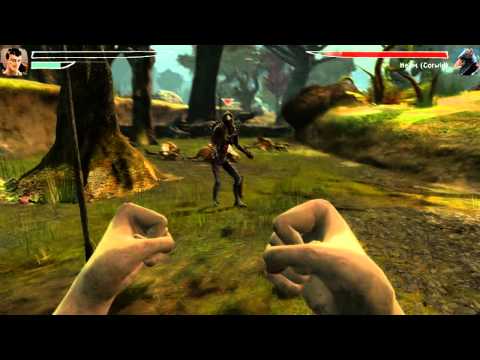 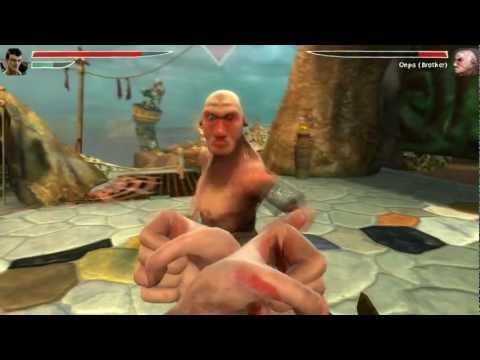 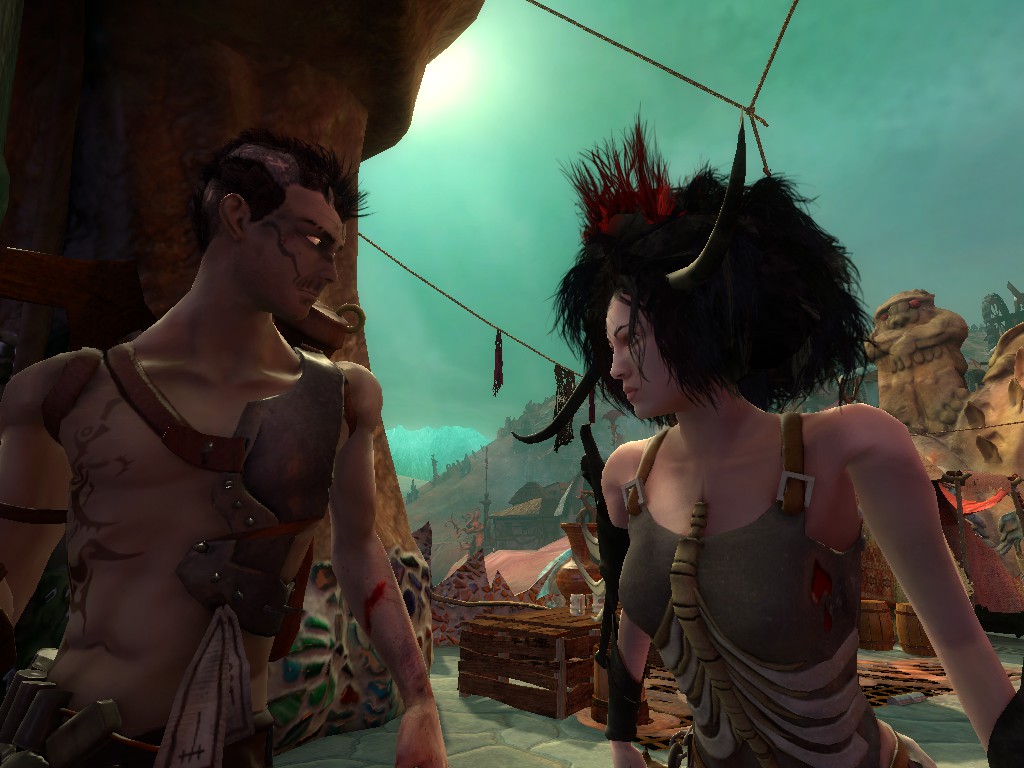 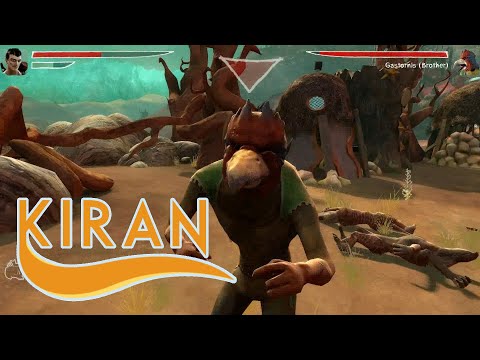 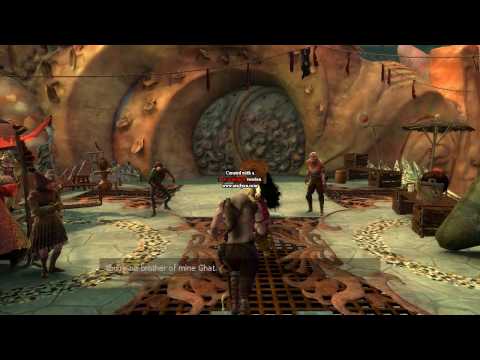 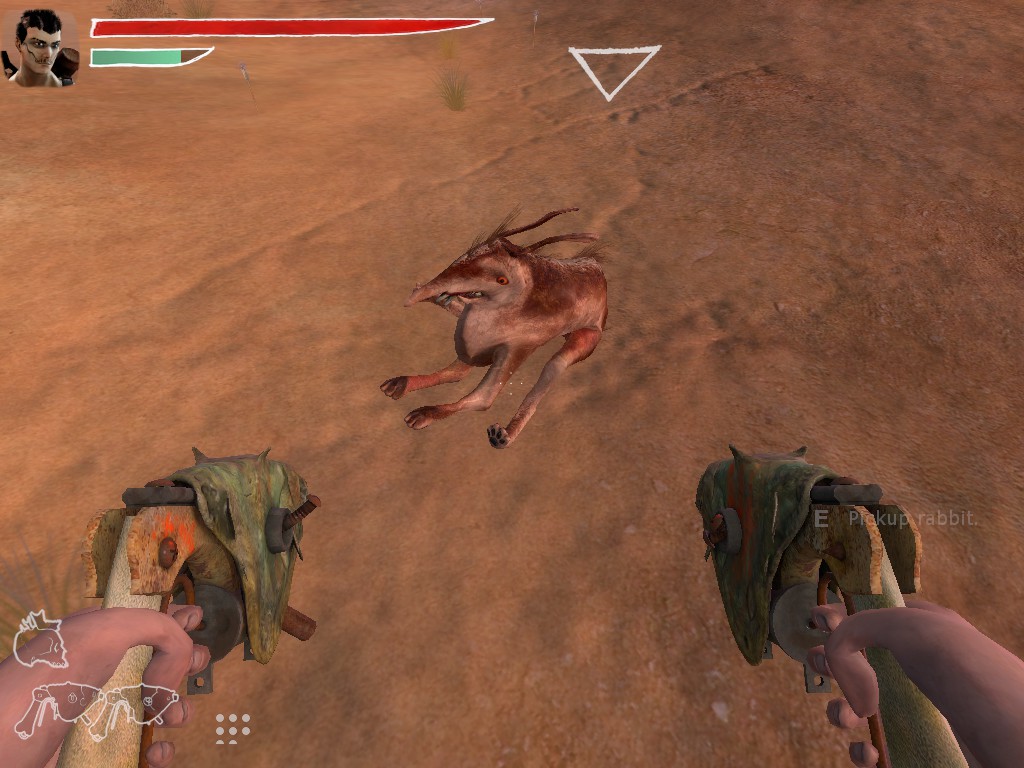 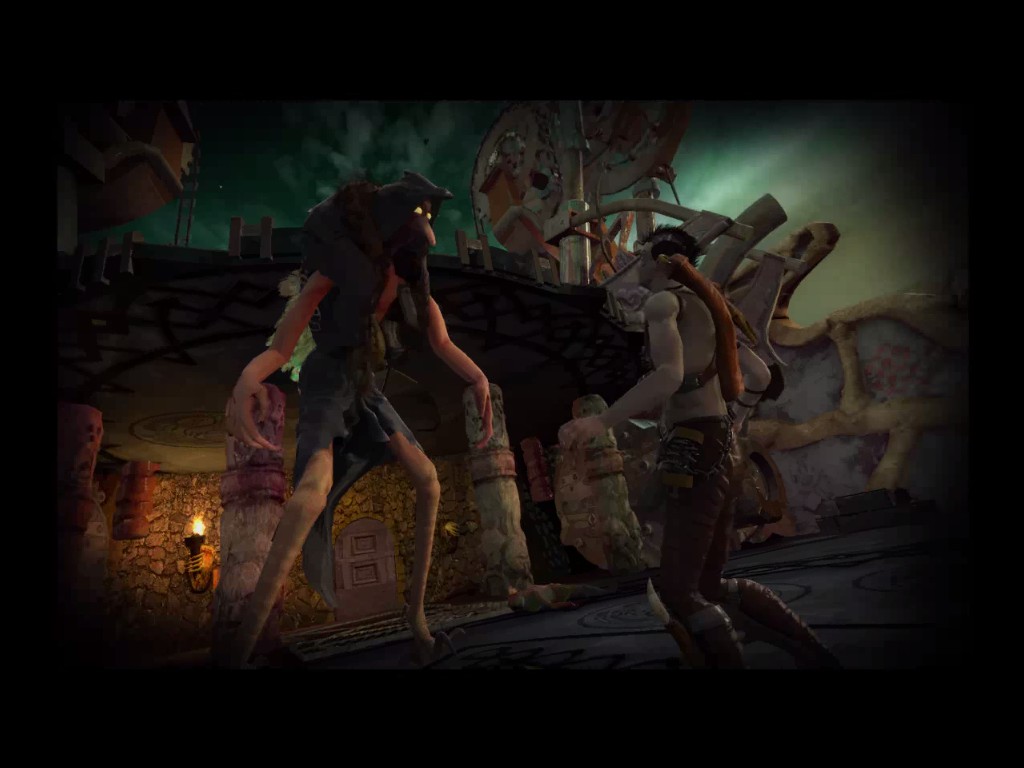 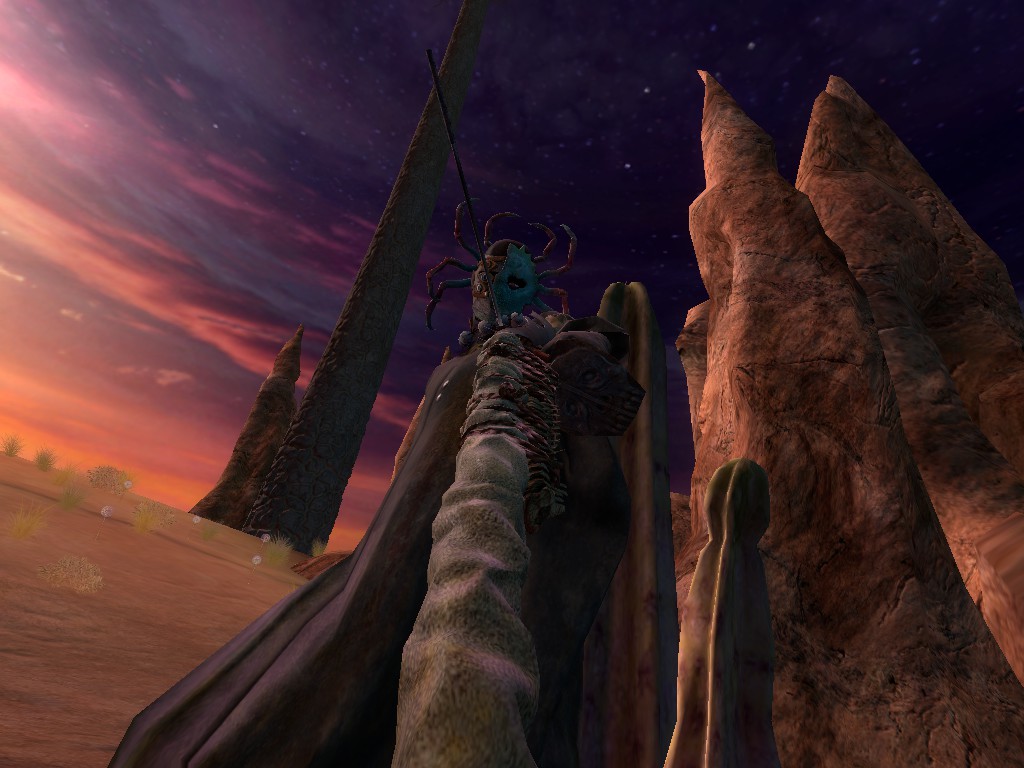 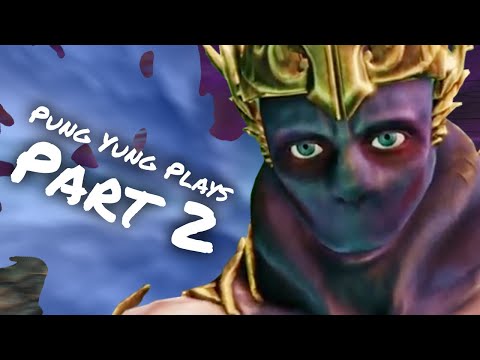 Recommended
2.9 hrs on record
Short, awkward storytelling, cool environments and world, cool enemy design, the default setting is hard where enemies deal normal damage while normal has enemies deal less damage and there is no easy.
I like it. 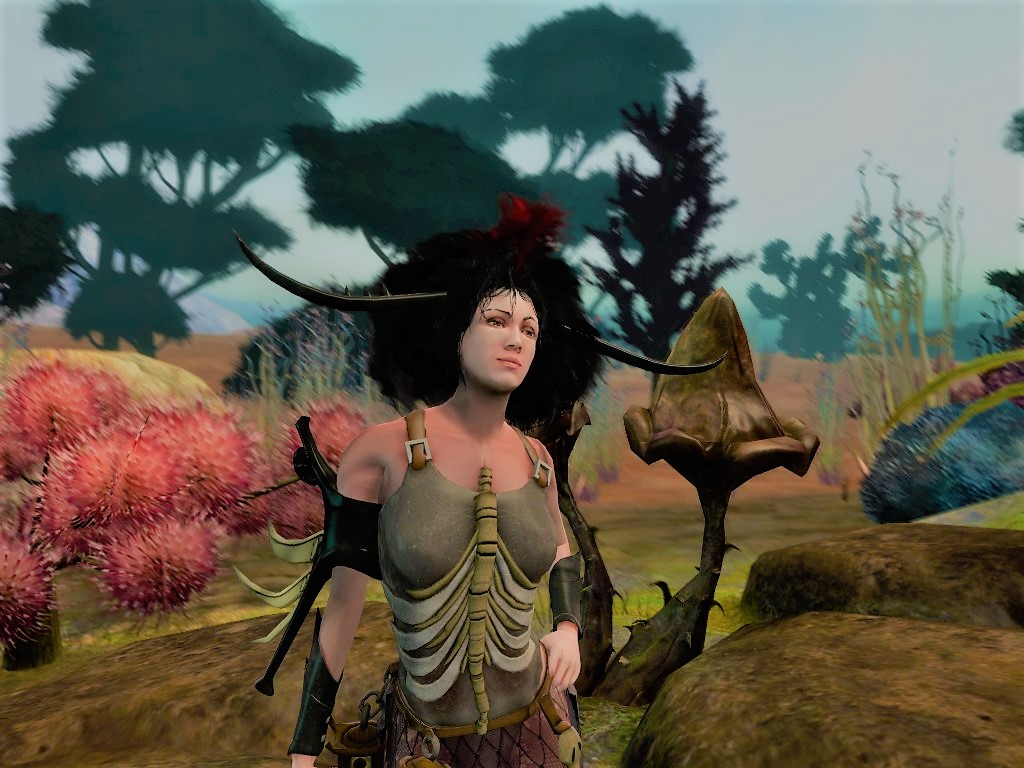 shibitto
View screenshots
Any games like this?
I want another game similar to this! Other similarities steam claims isn't even CLOSE. So do you have any games to tell me like this?
56

allen the dumpster
Jul 11 @ 10:07am
General Discussions
Virtual Reality?
I know this game is over 14 years old, long before VR became more accessible in the gaming market. I'm just wondering if ACE are ever considering a VR DLC/Update for the first and second game anytime soon? Or if there is any good VR mods for the Zeno Clash games. To me a first-person view games age is no excuse as long as it can be offered in VR. And there are plenty of old games out there that would look great in VR....
7

Mystic Monkey
Dec 13, 2020 @ 1:15pm
General Discussions
Linux Port?
I understand this game uses the Source engine and since Valve is porting their games over to Linux do you have any plans to port this project or perhaps Zeno Clash II over to Linux?
39

iamoverrated
Sep 13, 2018 @ 11:48am
General Discussions
Having issues running this game
Whenever i boot it up, the screen goes black, flickers constantly between my Home screen and the game, the music stutters and repeats for a few seconds before continuing CONSTANTLY {don't know if that makes sense to you}, and is basically just literally unplayable. My PC is just ♥♥♥♥♥♥♥♥ so that most likely has something to do with it. Anyway, does anyone have a clue on how to fix this?...
10

YyyYYEETTEEYYyyY
Jan 3, 2019 @ 4:07pm
General Discussions
No one has rated this review as helpful yet

Recommended
0.4 hrs on record
Beat this whole game on nothing but cheetos

Recommended
5.0 hrs on record
What a game!
I just finished it and all I can think of is that those 2 GB needed to install the sequel aren't downloading fast enough. What. A. Game.
There's so much to unfold... you could argue that Source engine is well dated and it's true only if we're talking about realistic graphics. This game does gets away with so many things just because its based in a completely alien world with with barely no points of reference in terms of where and when, not to mention that everything except of basic items and structures looks weird, to say the least. I don't remember the last time when I've seen graphic design so unique.. The only thing that comes to my mind is if you'd crossed Oddworld style with the old game's Sacrifice design. I cannot streatch this enough - this games unique style is already worth the money you'd pay for it. It... is... so... freaking... WEIRD! I love it. And then there's this crazy, mad, bonkers, sometimes senseless story...
From the start the game throws you in the middle of a tale that you know nothing of and takes almost no time explaining things it introduces. Zeno Clash is strange and some would say that in certain places it uses very poor plot devices, but only if they forget that this is a completely alien world with it's own rules and it doesn't need to always make sense to us. The whole thing unfolds in a way a fairy tale unfolds - everything in there serves its purpose to tell a good story in a way that is entertaining. Those who don't like that simplicity should just take a look around the game's environment and tell me that ain't a whole story of it's own. That, for most of players, will be either a thing to get sucked in completely or disorient and get put off; but even if the latter happens... there's the gameplay. And the creators knew it and that's why they throw you in the middle of things straight away. The core gameplay mechanics hit literally hit you from the first seconds after the intro.
You can say much about clunky looks of most of first-person melee brawlers but this one goes to far extend to make itself look smooth and realistic and interestingly enough, even though you are capable of all the moves from get-go, it teaches you to use them only over the course of time, which creates an interesting difficulty curve. Blocks make sense, and if done well are especially spectacular, there's a good amount of combos and, oh, did I forget that there are also guns and melee weapons? All of them looking as weird as you'd expect and they're made in a way that seems good with the general balance of the game. I could argue that the focus mode is sometimes more disorienting than helpful and AI does some weird stuff sometimes (generally being good most of the times, trying to surround you and avoiding your aim if possible) but that usually slides aside in face of brilliant gameplay. I played on the hardest difficulty so I can only imagine how dominant one can get in a fight with lower level AI.
The stages in between proper melee battles are usually weaved with very generic arcade shooter tunnel-like stages that to some might feel boring, empty and repetitive but they're usually doing good job at building the atmosphere and are never particularly long.
The only thing that I actually disliked in this game is the music. It sounds like generic full-MIDI video game music without soul and in my opinion doesn't usually resonate with the atmosphere of the game. I'd expect something more tribal and organic, but that's just my snobby taste. I don't mind full-MIDI music done right, but this feels a bit too out of place, in comparison to Age Of Empires, for example. Still, it's my taste, I guess.
All in all I knew I had to play this game since it's announcement long ago. Finally I had a chance and I did not get disappointed. Sure, it has it's flaws, but also offers so much of pure fun from gameplay and its environment that I cannot recommend it enough.
And then there's the ending, to which I arrived in such a red mist of battle that I was genuinely surprised to reach it. It left me in a state of bloodlust, so to calm down I wrote this review while I wait for Zeno Clash 2 to download. xD